PARIS – ‘People were coming in thinking it was a gallery,’ says Stéphane Malka of his Parisian office for open-source company Adyax. In realising a mobile space in which you rarely see people ‘on the job’, he’s deliberately upping the ante in workplace design. 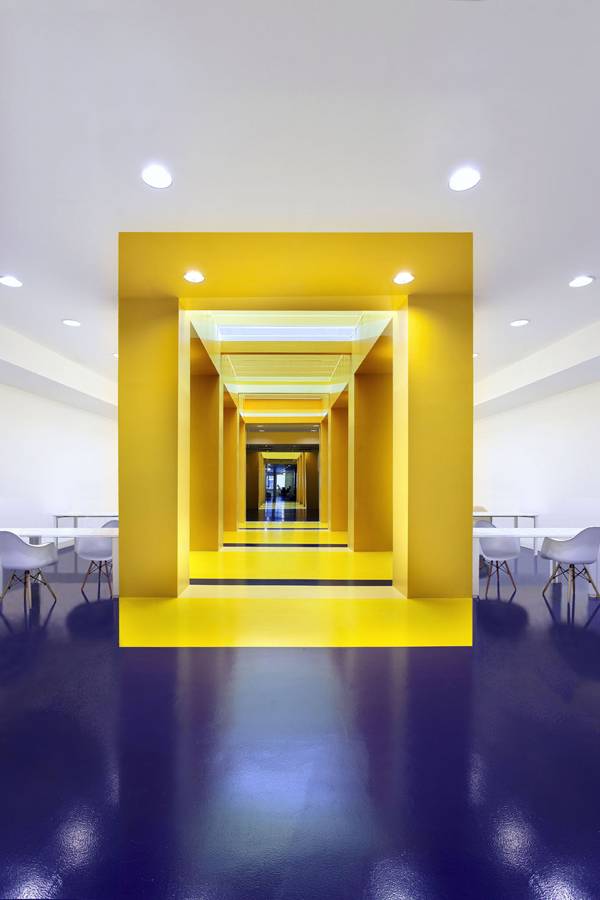 Sitting at the entrance, Mufu (Mutant Furniture) marks this new frontier. A hybrid piece made from recycled timber, Mufu – ‘either micro architecture or macro furniture’, according to Malka – functions as both reception desk and seating yet also boasts a bed, phone booth, library and integrated bar. 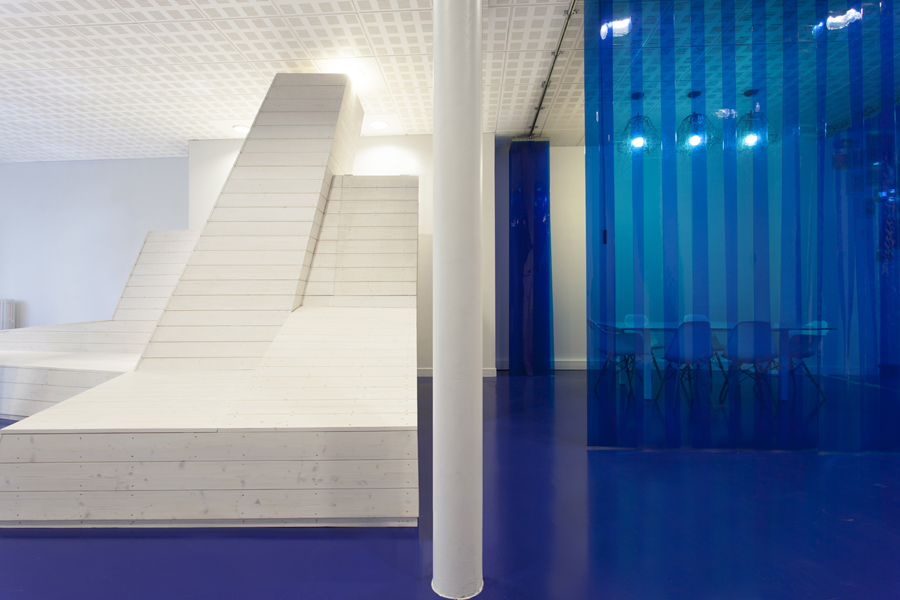 In a play of perspective and spatial distortion, Malka’s matrix system forms a series of dramatically different experiences over three levels, mirroring the immersive process of digital development. 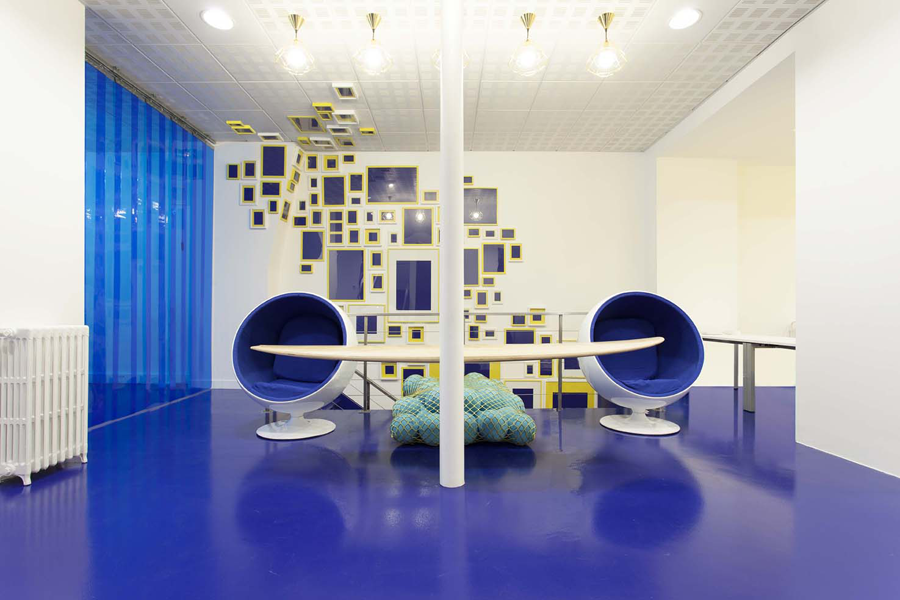 ‘Adyax works on the web, with networks. The more they develop, the deeper they get. The further you get into the building, the further you advance into the network of cubes. It’s both a physical and intellectual journey.’ 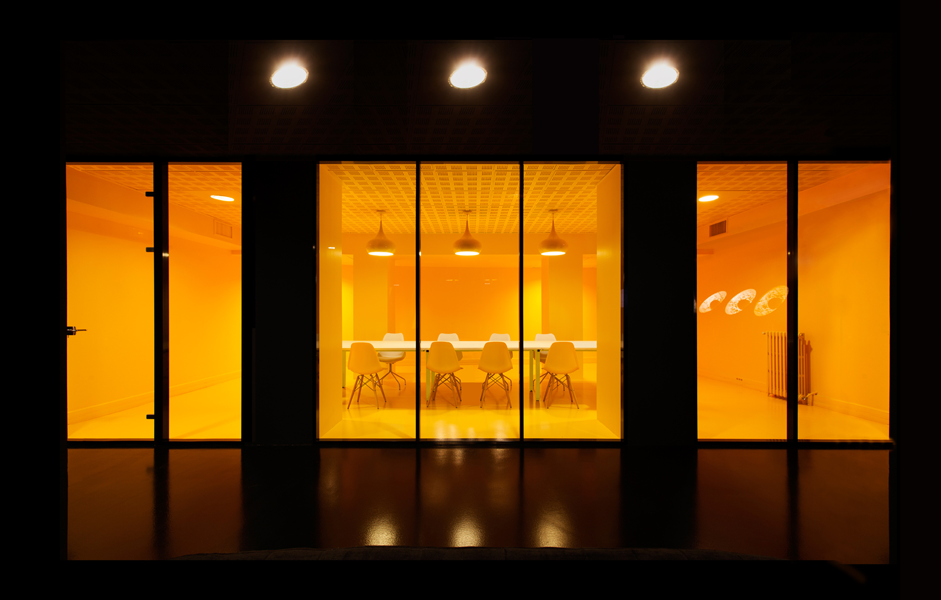 On one level, a corridor of ‘golden windows’ appears to float above Majorelle Blue flooring. The vivid colours, predominant in Middle Eastern architecture, suggest the moment when the sun sets over the sea, whereas the meditative layout of the space is a conscious reference to the transcendent properties of a church’s nave. 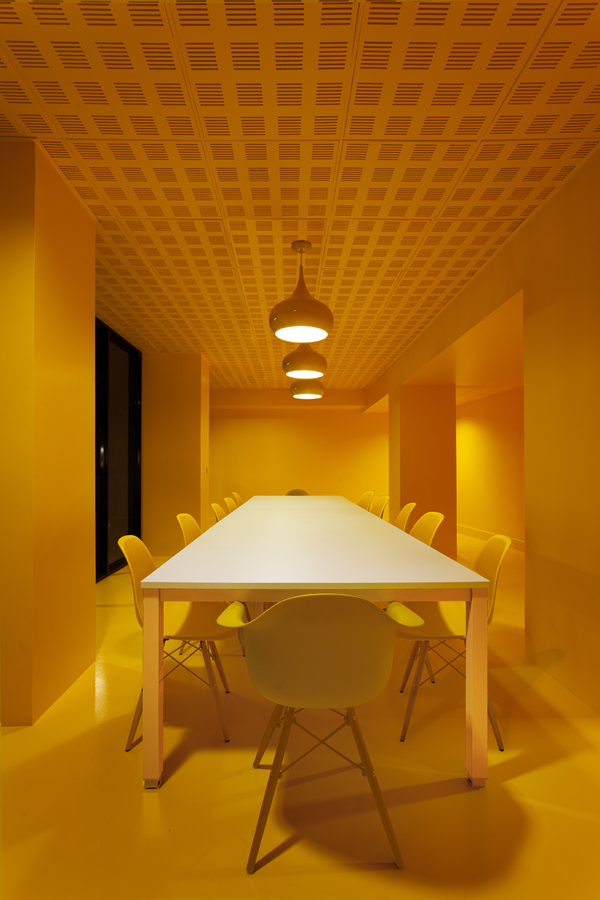 This article debuted in Frame #109 alongside many other inspirational interviews and projects. Find your copy in the online Frame store.

More great office designs feature in Frame's The Other Office 2, and there is lots of workspace food-for-thought in the forthcoming must-read book Spaces for Innovation.