July has been host to a slew of impressive retail and hospitality openings that should be on your radar, whether to inspire your design process for an upcoming project or assist you in planning your stay in major metropolitans around the world. To help you do both, we’ve rounded up eight new hotspots from noted brands such as Dior and Blue Bottle well worth the in-person visit. 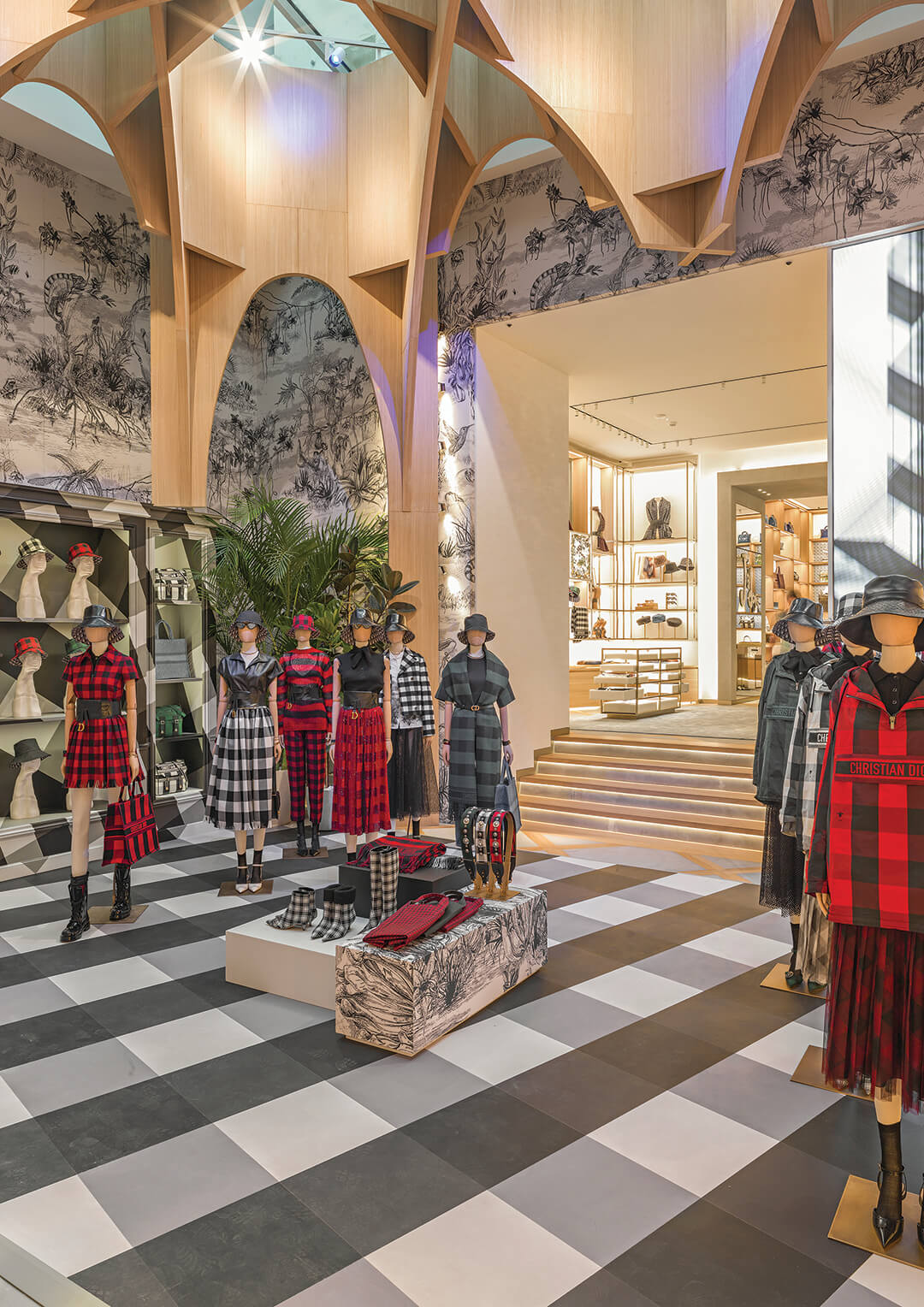 Within Tokyo’s Daimaru department store, Schemata Architects have created a new post for American coffee company Blue Bottle. The café stand is only for takeaway and merchandise promotion – an ‘industrial product’ rather than a fully developed space. Throughout, the team used warm beige materials like hardboard to create a nostalgic, inviting atmosphere. 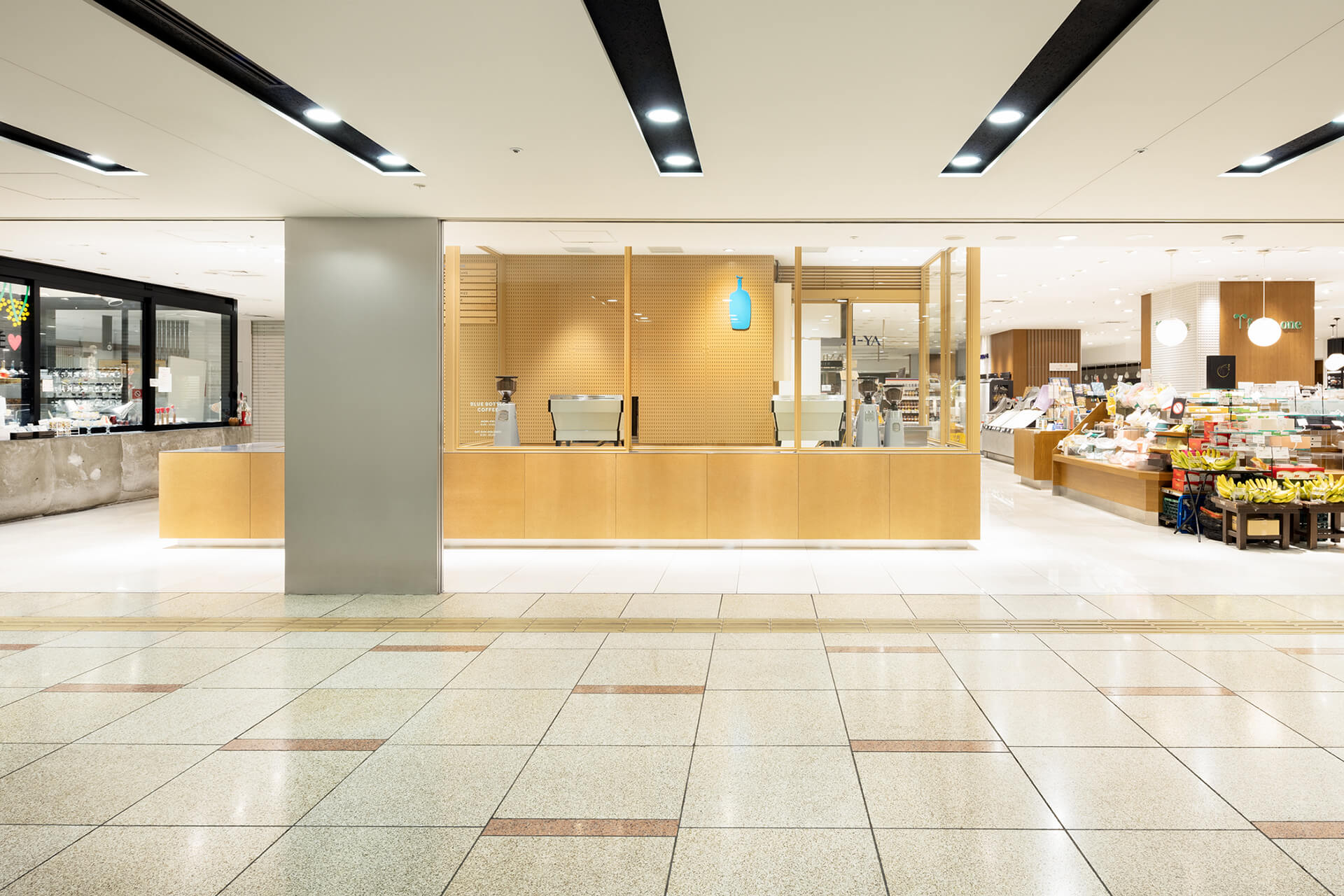 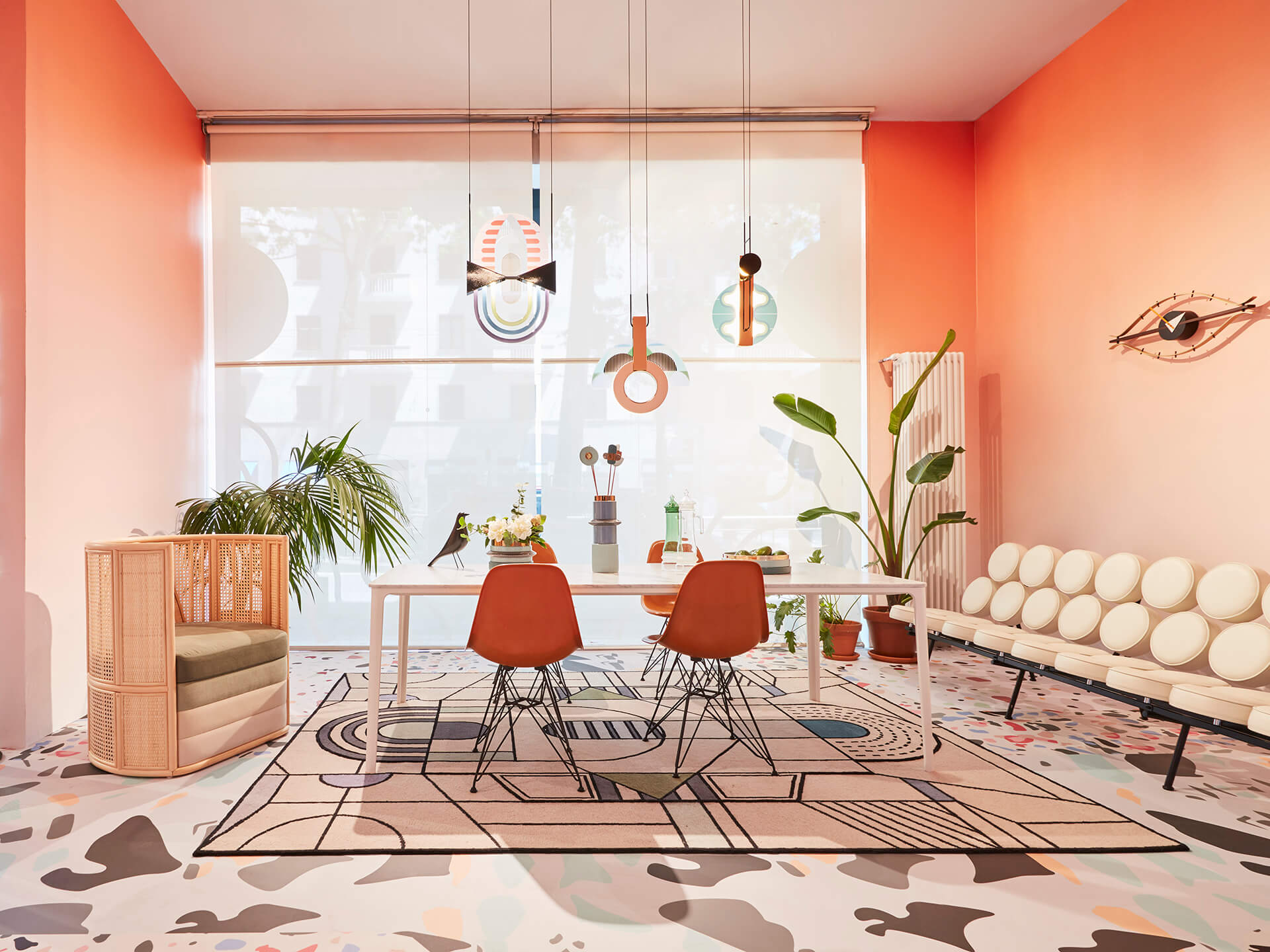 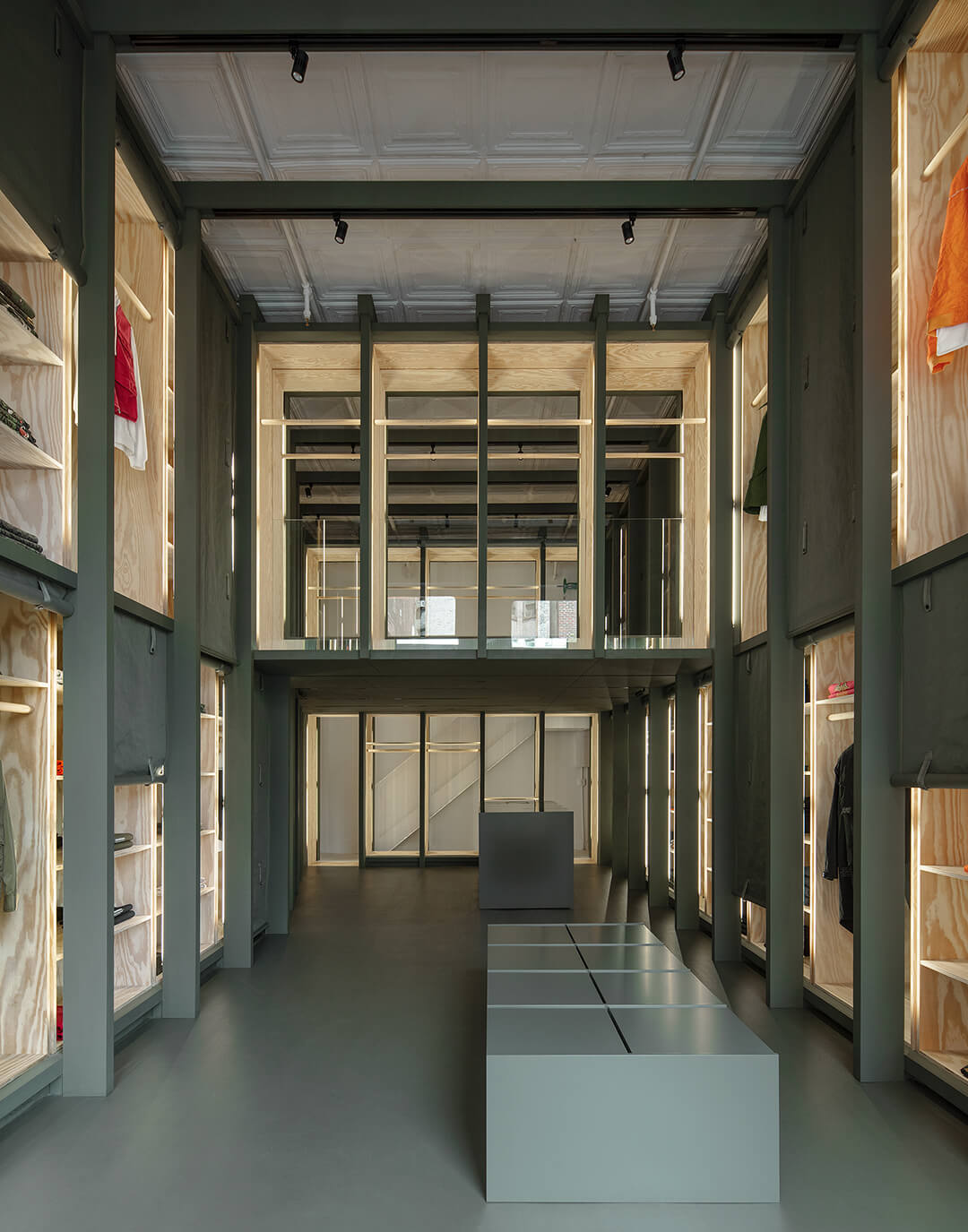 Swedish fashion brand Axel Arigato have opened their biggest flagship yet, in the centre of Copenhagen. The gallery-like space, developed by co-founder and creative director Max Svärdh and Christian Halleröd, blends ‘brutalism and minimalism’ with futuristic-looking features that dot the space. ‘I approach our store formats as I design sneakers,’ explained Svärdh. ‘The shape of the object comes first, the material is secondary.’ 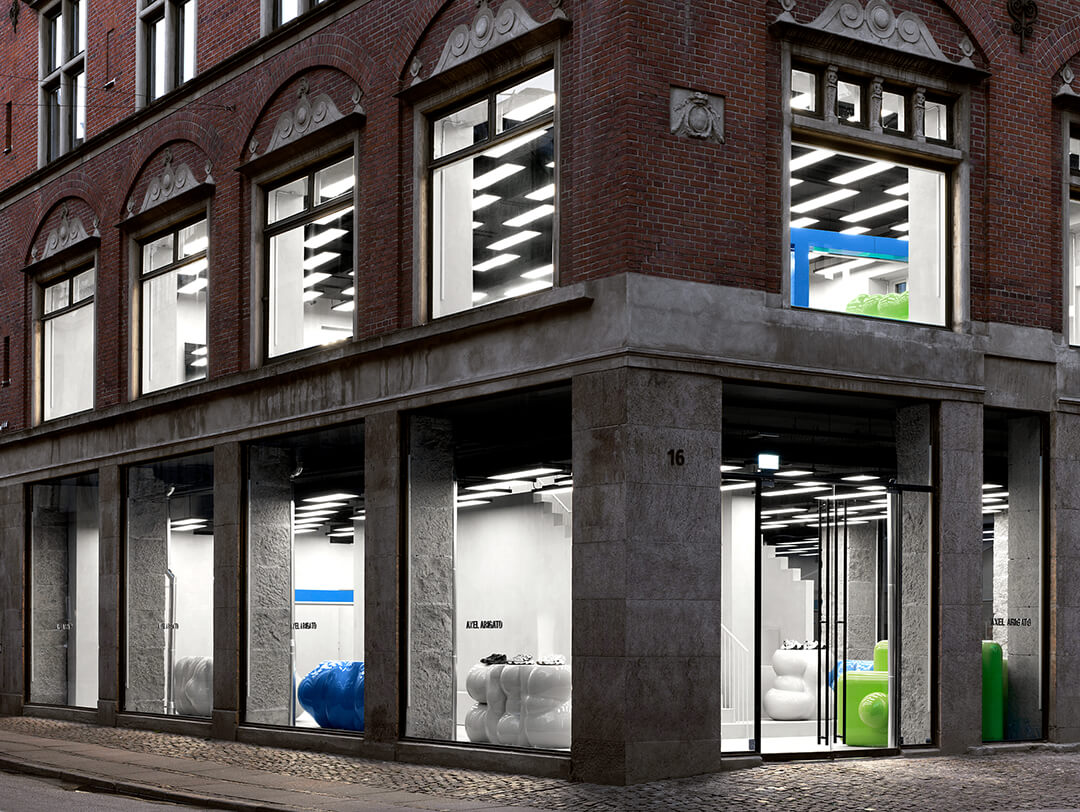 Jo Nagasaka and Schemata Architects developed a JINS eyewear store in Tokyo’s Ginza Loft. The brand – known for carrying 1,200 original frames in different styles in each store – needed a unique presence to differentiate themselves from other retailers in Ginza Loft, and the answer came by way of thousands of Scotch-Brite sponges used as display holders for frames. 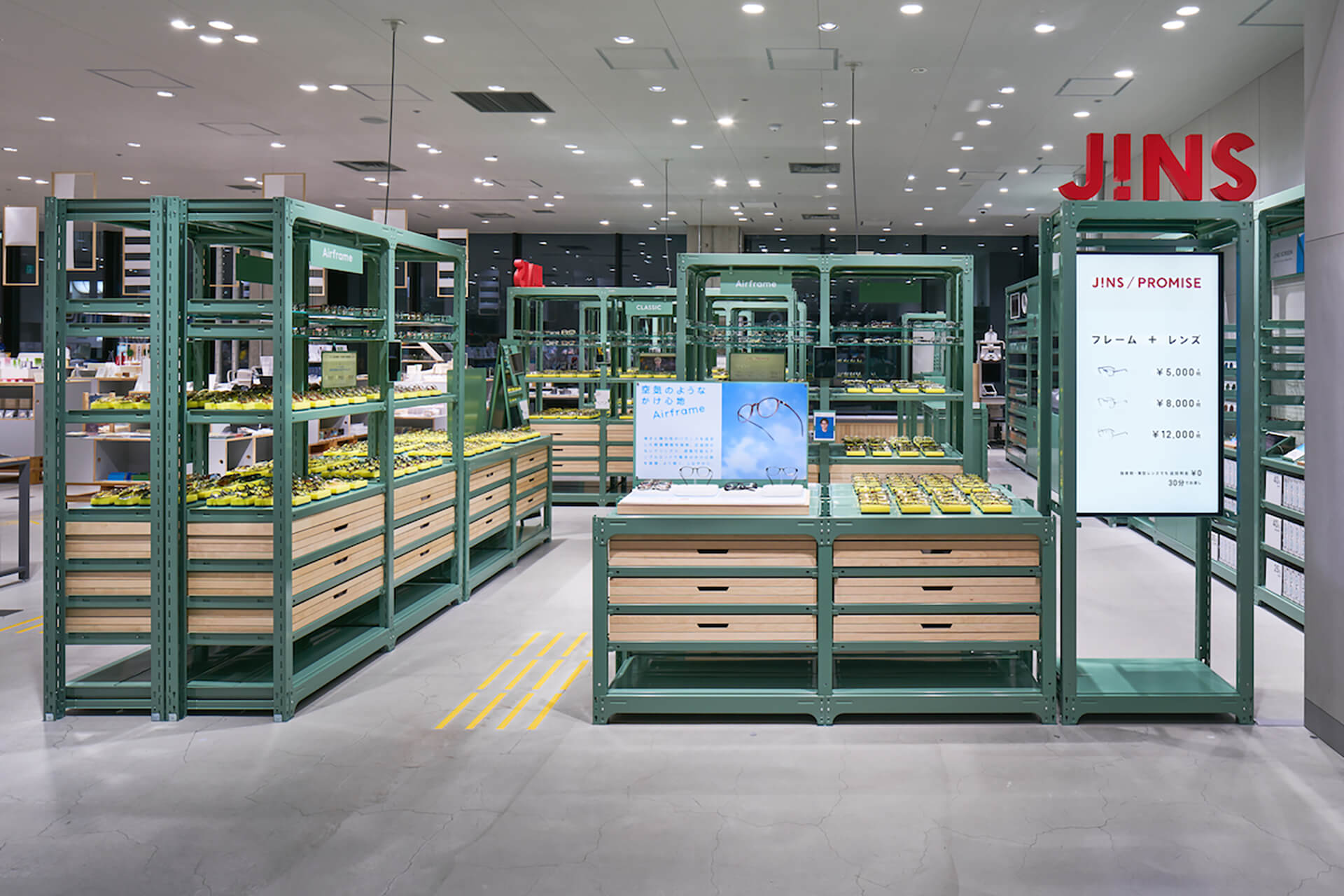 This year, Chinese tea brand Heytea has consistently been rolling out well-designed shops. One of the most recent – in Shanghai’s Hongqiao Xintiandi neighbourhood – was executed by the locally based studio Das Lab. The team of architects combined contemporary aesthetics with localised materials, such as red mortar simulating the texture of ‘rammed earth’. 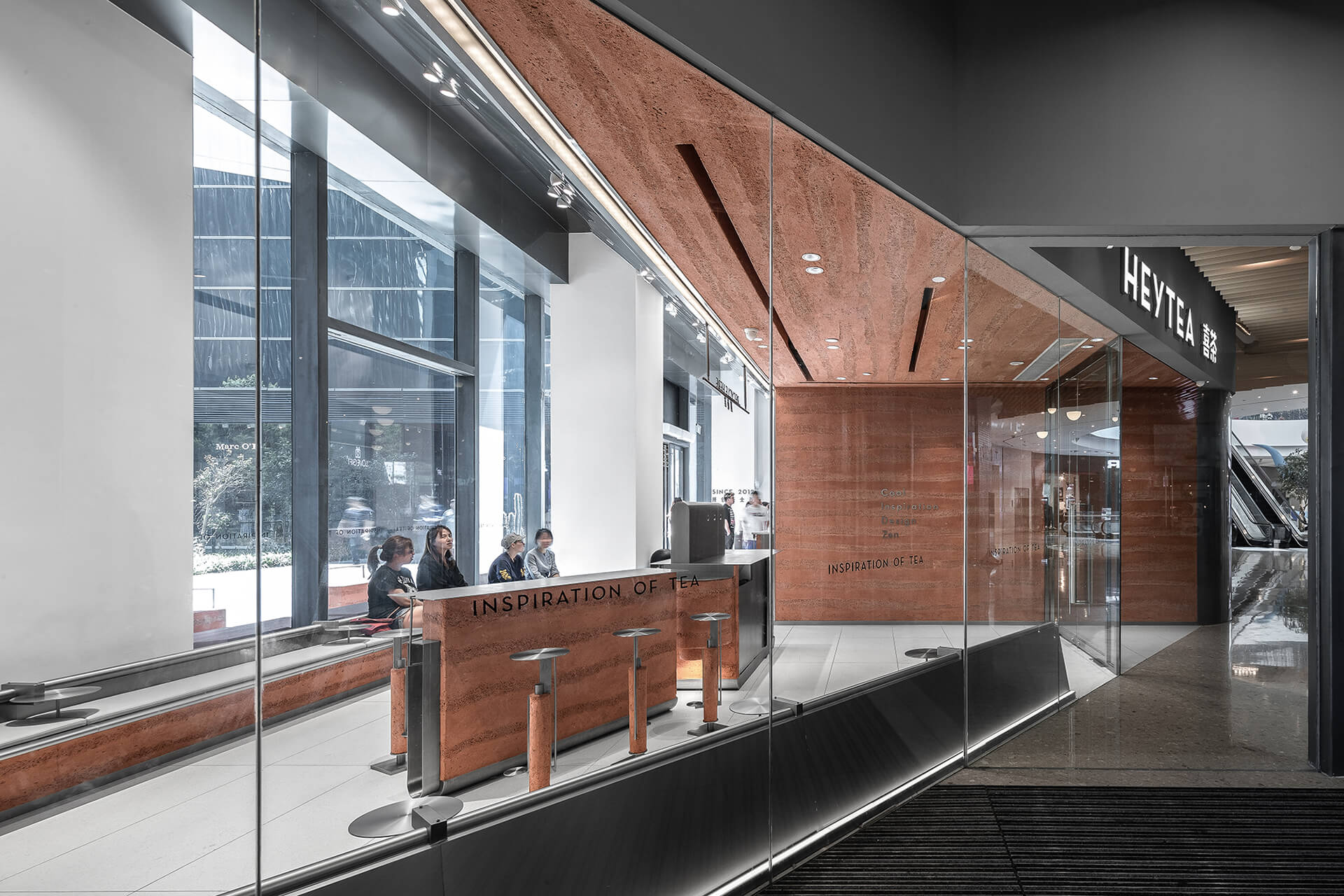 BDC (Boys Don’t Cry) is a new Payam Askari-designed space for menswear lovers – male and female alike – in Paris’ Saint-Germain-des-Prés. The stainless steel-clad shop, offering brands such as Marni, Palm Angels and Sies Marjan, is adorned with curated artistic elements that can be modified through different seasons. 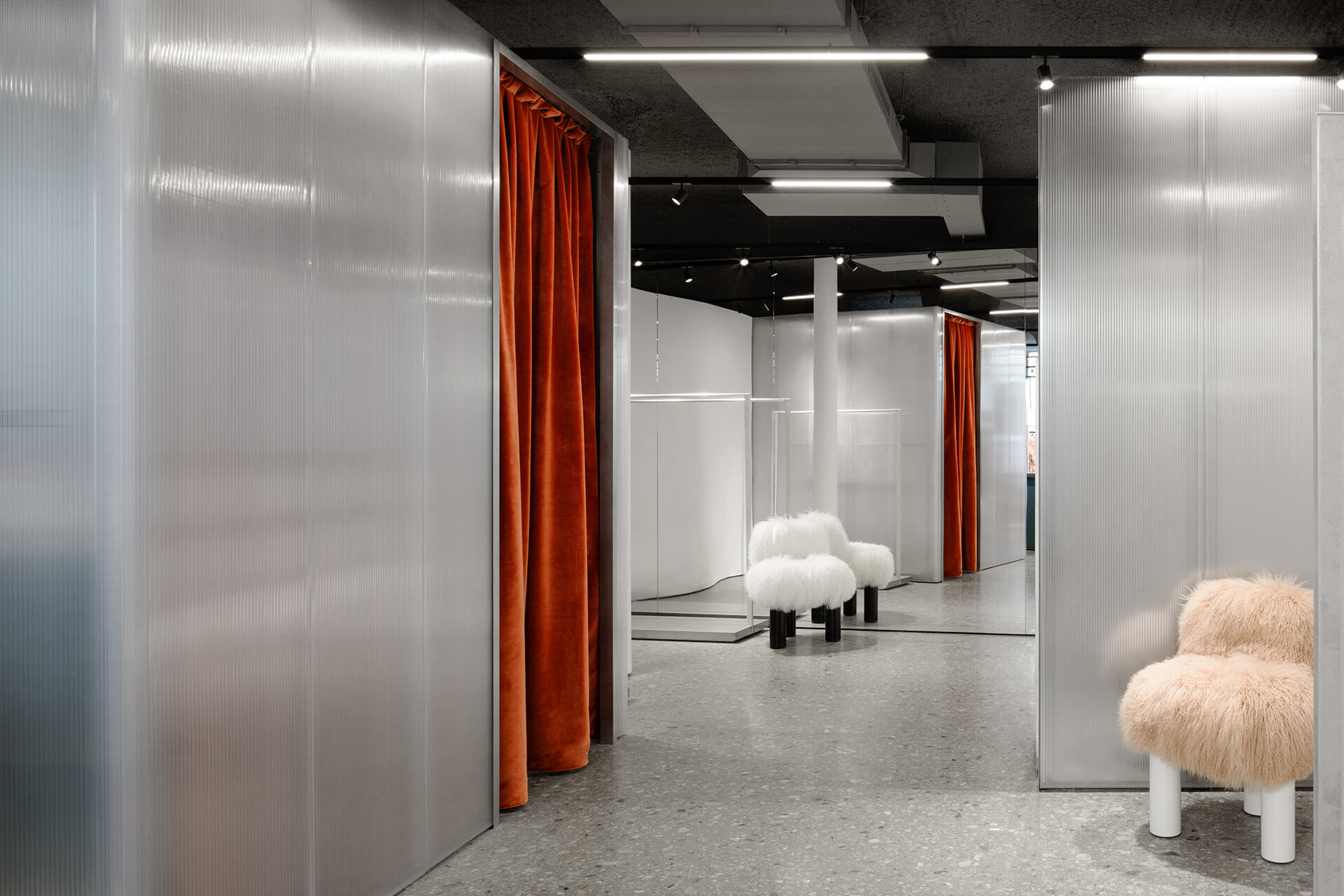 This Openings piece is the first in a series of Frameweb posts dedicated to showcasing new retail and hospitality destinations. Keep an eye out for future highlights!