Post-pandemic urbanism: why the storefront will take precedence over the sales floor

Throughout July we’re cataloguing how architects, designers, urban planners and city officials are undertaking the transformation of outdoor urban spaces in response to the pandemic, helping turn the city inside out in the process. This is the third instalment of the series.

For the last several months, visiting a store has been as much an outdoor as an indoor experience. Slowly the messy, informal queuing systems constructed from whatever was at hand have given way to more formalized and sophisticated solutions for managing traffic flow. There’s a recognition that such procedures will be in place for some time to come, which is why retailers are investing in permanent solutions like Philip’s PeopleCount displays. These displays track footfall, automate entry and double as a new marketing touchpoint for the captive audience outside the store.

There’s reason to believe this renewed focus on storefronts as the key point of interaction between consumers and brands will last beyond the short, or even medium, term. What is currently being implemented in the name of safety could soon be mandated to meet that evermore important consumer driver: convenience. A recent Deloitte study showed that the demand for convenience in every aspect of the shopping experience had only been accelerated by the COVID-19 crisis, becoming a central criteria for where consumers choose to shop and how much they spend.

That’s why some of the most important responses to the pandemic have been from those retailers who haven’t simply streamlined how people gain access to the store, but are actually bringing the retail experience onto the street. ‘Shifting from visual to shoppable storefronts will be key in increasing the ability to monetize space, as well as add scalability in design investments,’ writes Melissa Gonzalez, CEO of retail strategist The Lionesque Group. ‘Display windows may also evolve in their purpose, requiring the ability to modulate from a point of visual display and storytelling to one centered around a purchase and/or pick-up.’ 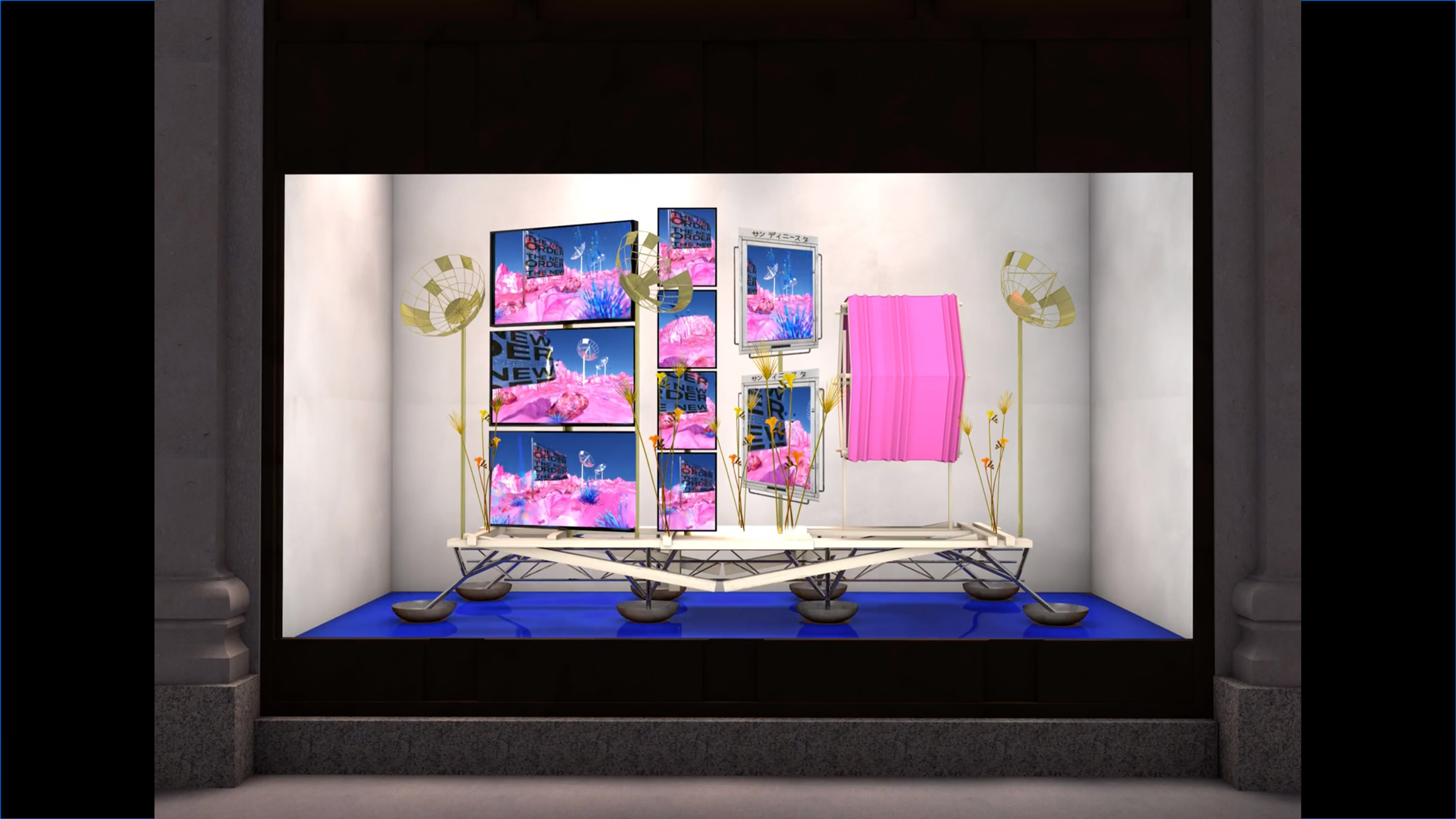 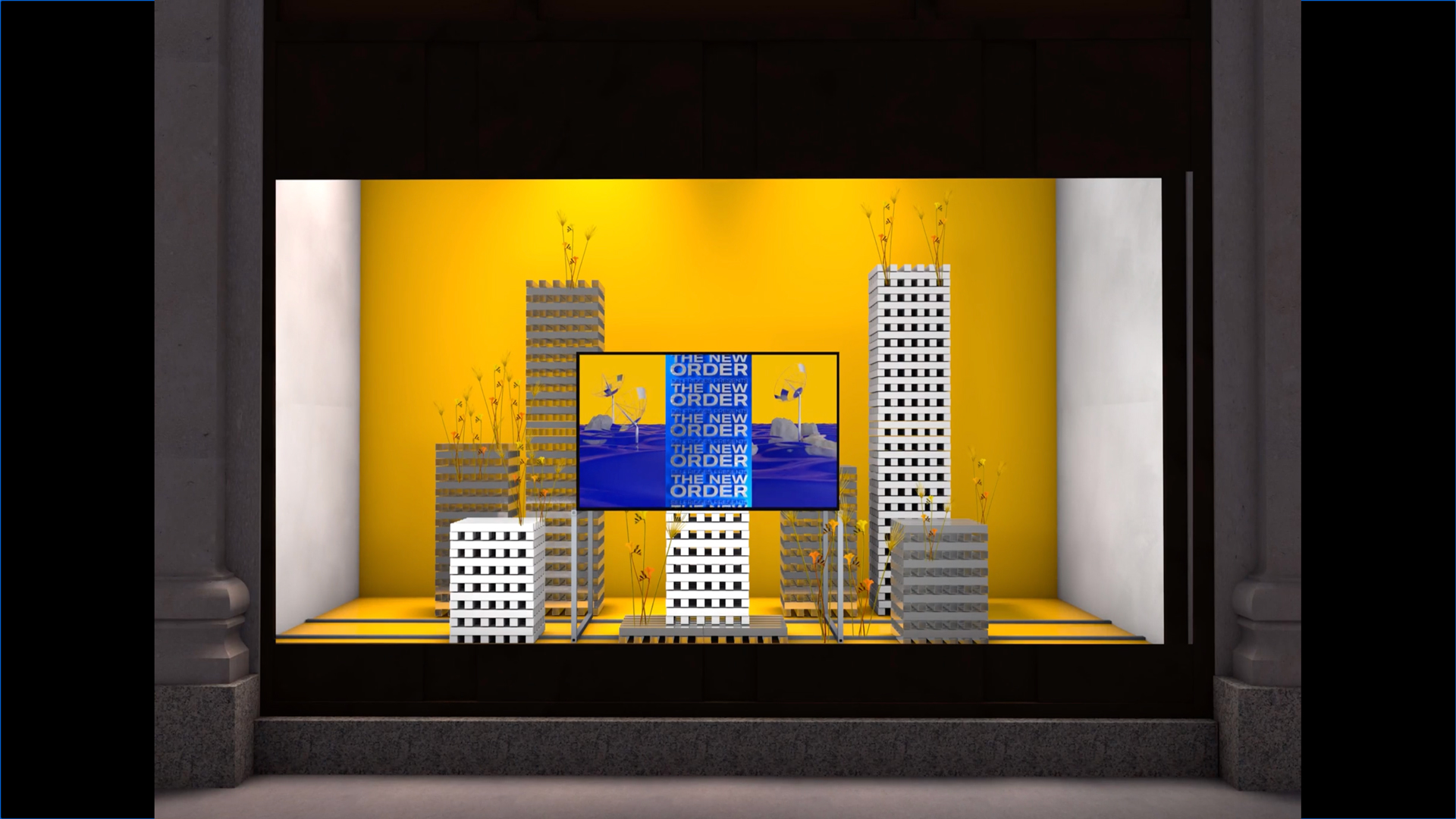 For Selfridges' The New Order, window displays came alive via QR codes that allowed passersby to explore and shop renderings of products, with mannequins dressed in 3D scans of apparel and accessories.

Windows used to be an advertising tool for products, but customers expect more now

In its most basic iteration this takes the form of something like Lacoste’s recent collaboration with tech company Yoobic. By scanning QR codes on the front of Lacoste stores, customers can preview what merchandise is available inside and thus avoid disappointment. London’s Lone Design Club has a different iteration of this, with QR codes placed in front of window merchandising so that shoppers can buy instantly. Washington-based streetwear boutique Somewhere has pursued a similar strategy with its Window Shop campaign. The retailer has been working with brands such as Vans and Awake NY to create capsule collections for the initiative, which were originally only accessible to those who visited the window.

Shoppable windows aren’t a new phenomenon, and some of the best examples pre-date the pandemic, if only by a few months. Chief amongst these was The New Order activation from London department store Selfridges, which included window displays of digitally rendered and animated products. The 130,000 people that passed the storefront each day could view and buy without the need to enter.  ‘It allows passersby to see how the clothes move rather than simply being static,’ explains Emily Outhwaite, Selfridges’ assistant styling manager. ‘Windows used to be an advertising tool for products, but customers expect more now. Our aim is to create captivating scenes that are more like art pieces in their own right. For the future, the potential for holograms and live interactive digital experiences opens up a whole new world of possibility.’ Less refined but on a greater scale, Zara has also run a campaign that saw shoppable augmented reality models feature in the windows of 120 of its stores.

And retailers aren’t the only businesses on the high street that will absorb some of their COVID-quick-response strategies into their core business model. Fast-casual and quick-service restaurants and cafes are now choosing to lean into off-premises sales after years of emphasizing their role as destination venues. At the beginning of June Starbucks announced a major transformation of its store portfolio, going toward more convenience-focused formats including pickup-only stores and the addition of walk-up windows. ‘Starbucks stores have always been known as the “third place,” a welcoming place outside of our home and work where we connect over a cup of coffee,’ says Starbucks CEO Kevin Johnson. ‘As we navigate through the COVID-19 crisis, we are accelerating our store transformation plans to address the realities of the current situation.’ Burger chain Shake Shack is moving in a similar direction, with the implementation of walk-up windows at its convenience-led Shack Track restaurants. ‘We've been studying current Shack layouts and future Shack designs in order to identify where this model can be quickly added,' said  CEO Randy Garutti in a company earnings call. 'It may take time and many forms but all towards the goal of continuing to build the gathering places the world needs, while adding a level of convenience, safety, distance and frictionless pickup to meet the needs of our guests.’

Read more reportage on the impact of the COVID-19 crisis on spatial design here.