Ramon Esteve blends concrete and pine within a Spanish landscape

When approaching the new building designed by Ramon Esteve, the first word to pop into the mind has to be ‘archetypal’. In the sense that it has a thick outline of a pitch-roof as a cross-section and taps into our collective memory of how a home could be drawn as. This shape is then extruded out to great lengths – roughly 50 m - as a single storey cottage. Stark, simple lines define this cottage amidst the diversity of a Spanish landscape. The house grows out amongst the cypress, olive, poplar and pine trees. Even better, it leans in to embrace the vineyard that lies beyond it. 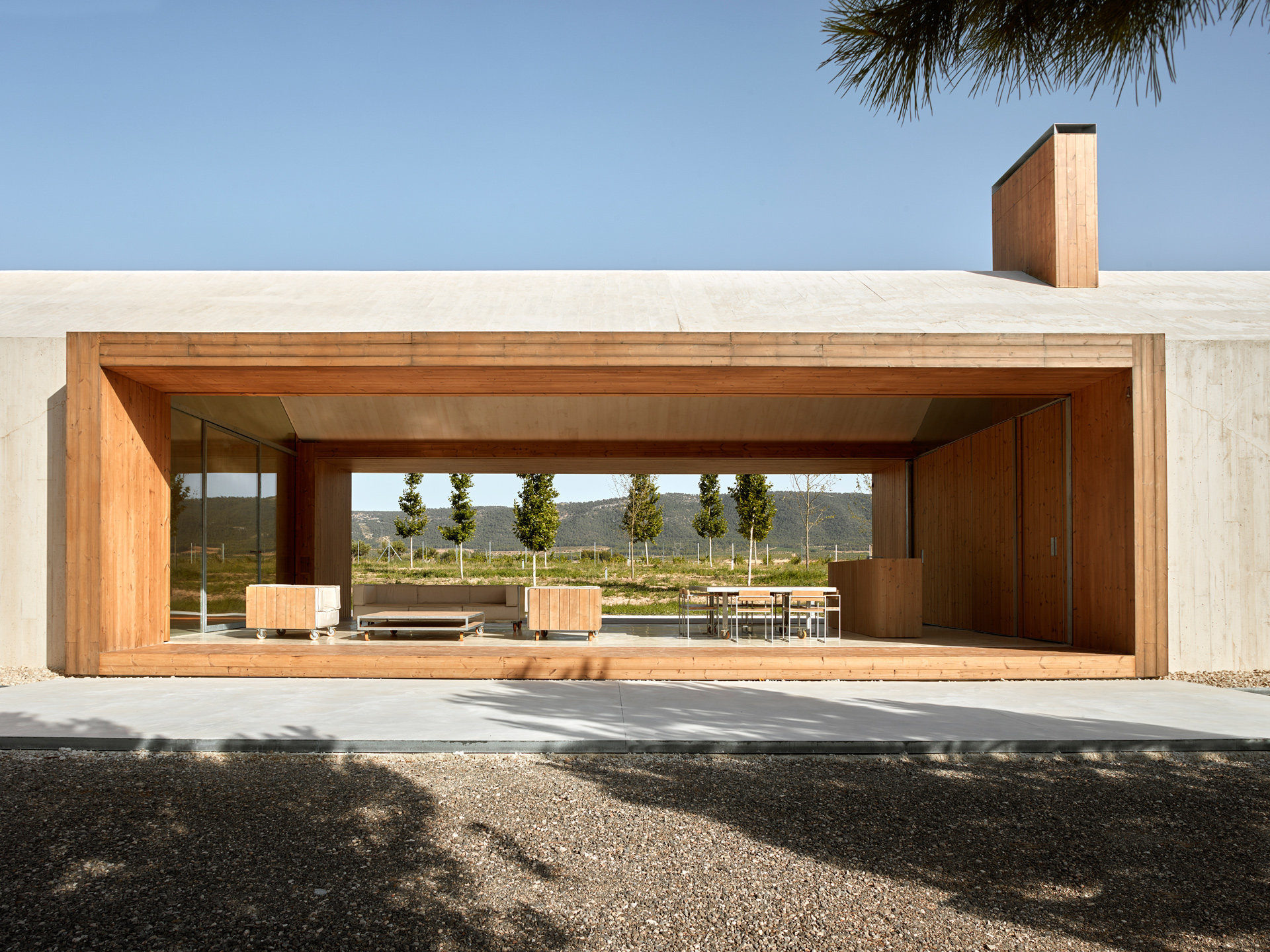 It paints a lovely painting of Valencian blue skies, the warm glow of greenery, and this house grounded on a concrete base. The white concrete mass has a series of pine wood volumes coming out on both sides. It blends concrete and pine as it complements the surrounding landscape. The simplicity of it all is, quite frankly, beautiful. 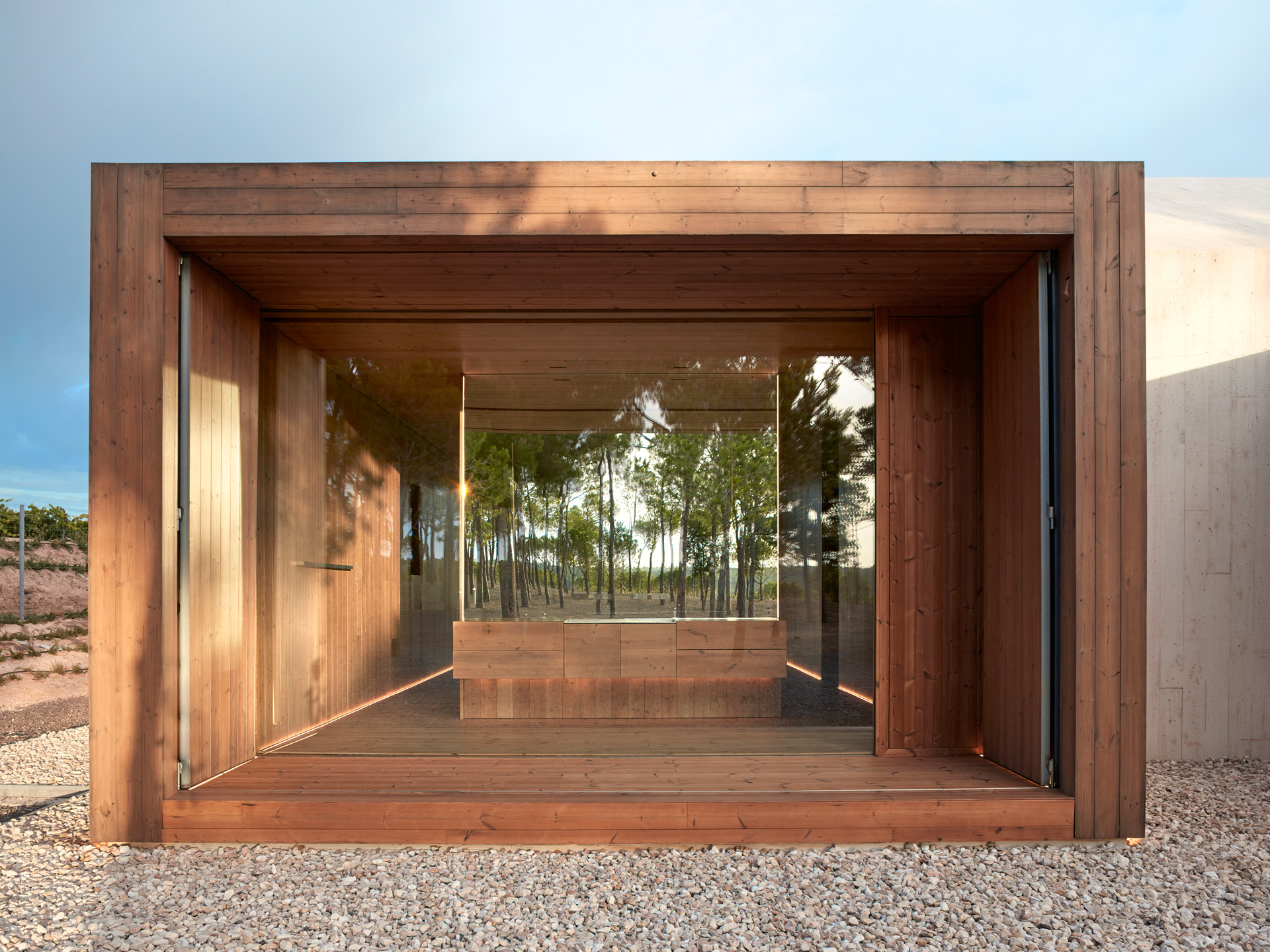 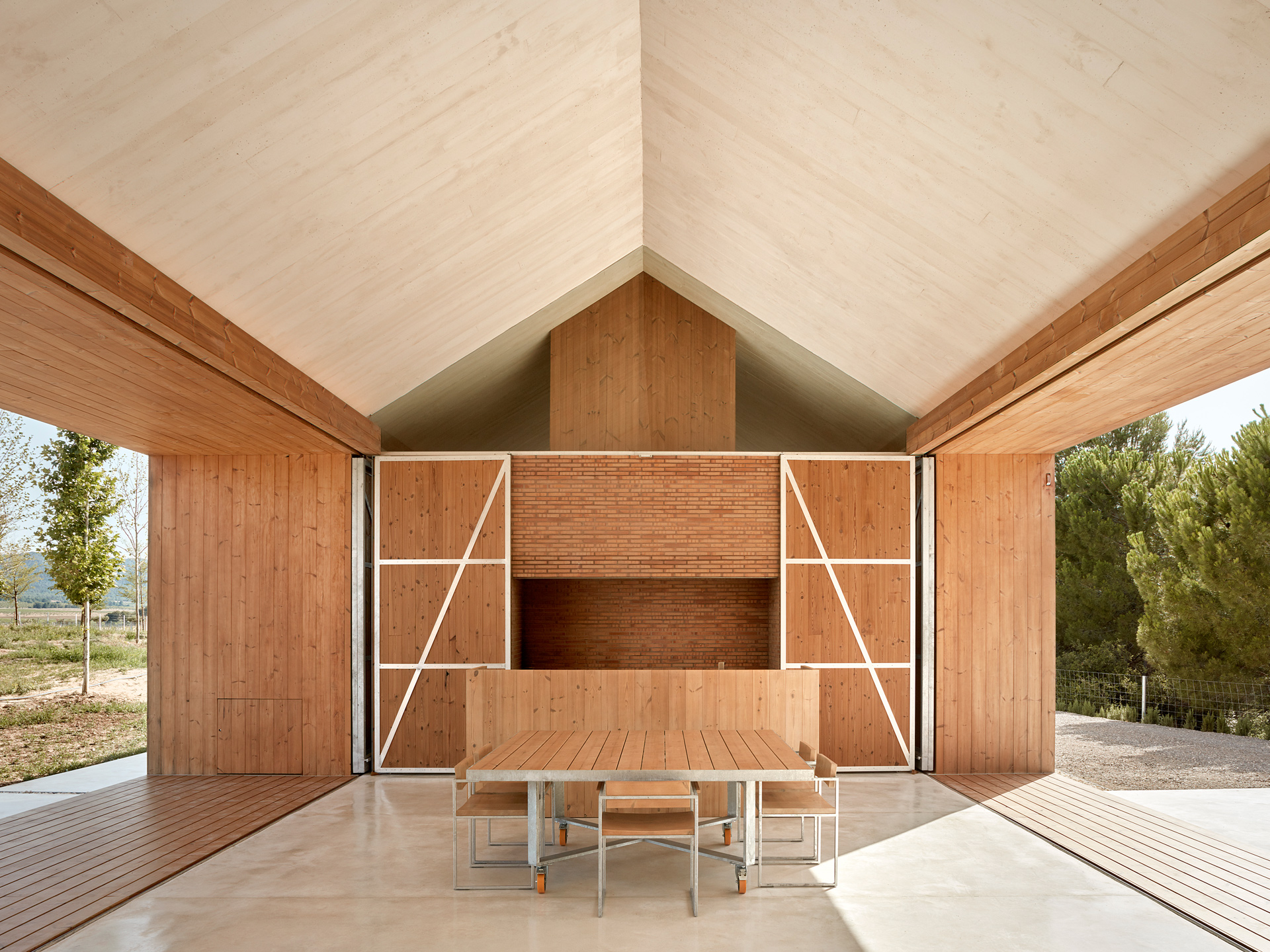 The wooden masses that house bedrooms with private bathrooms, the kitchen, and one of the living spaces differ in size and length, creating an illusion that everything rolls and slides into place. Movement is constant and reinforced by the outlines of the pine wood slats that were also used as formwork for the white concrete mass acting as the central gathering space. The house looks like a beautiful gallery space, reminiscent of the Kimbell Art Museum by Louis Kahn with its fine-tuned proportions between served and service spaces. 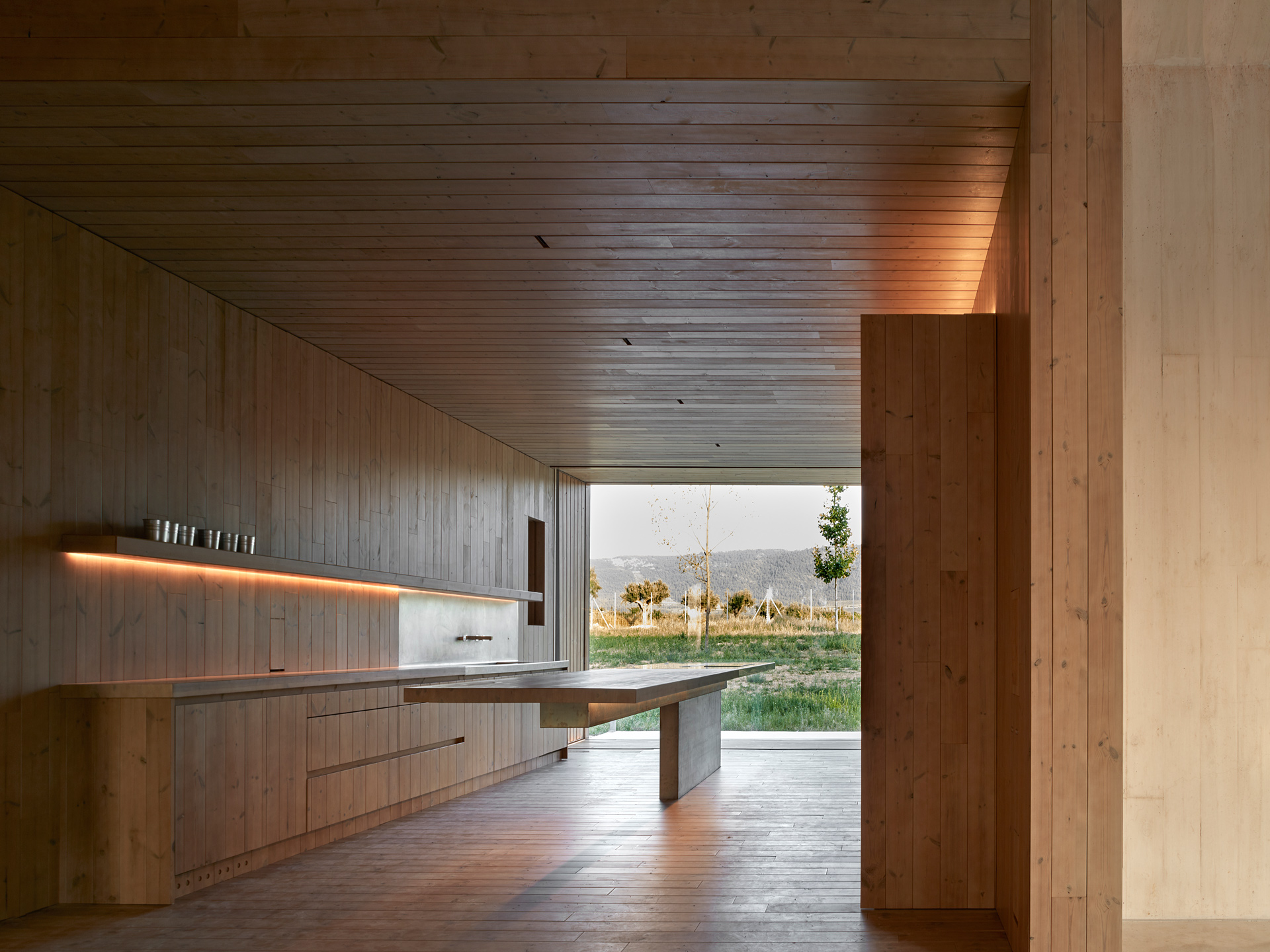 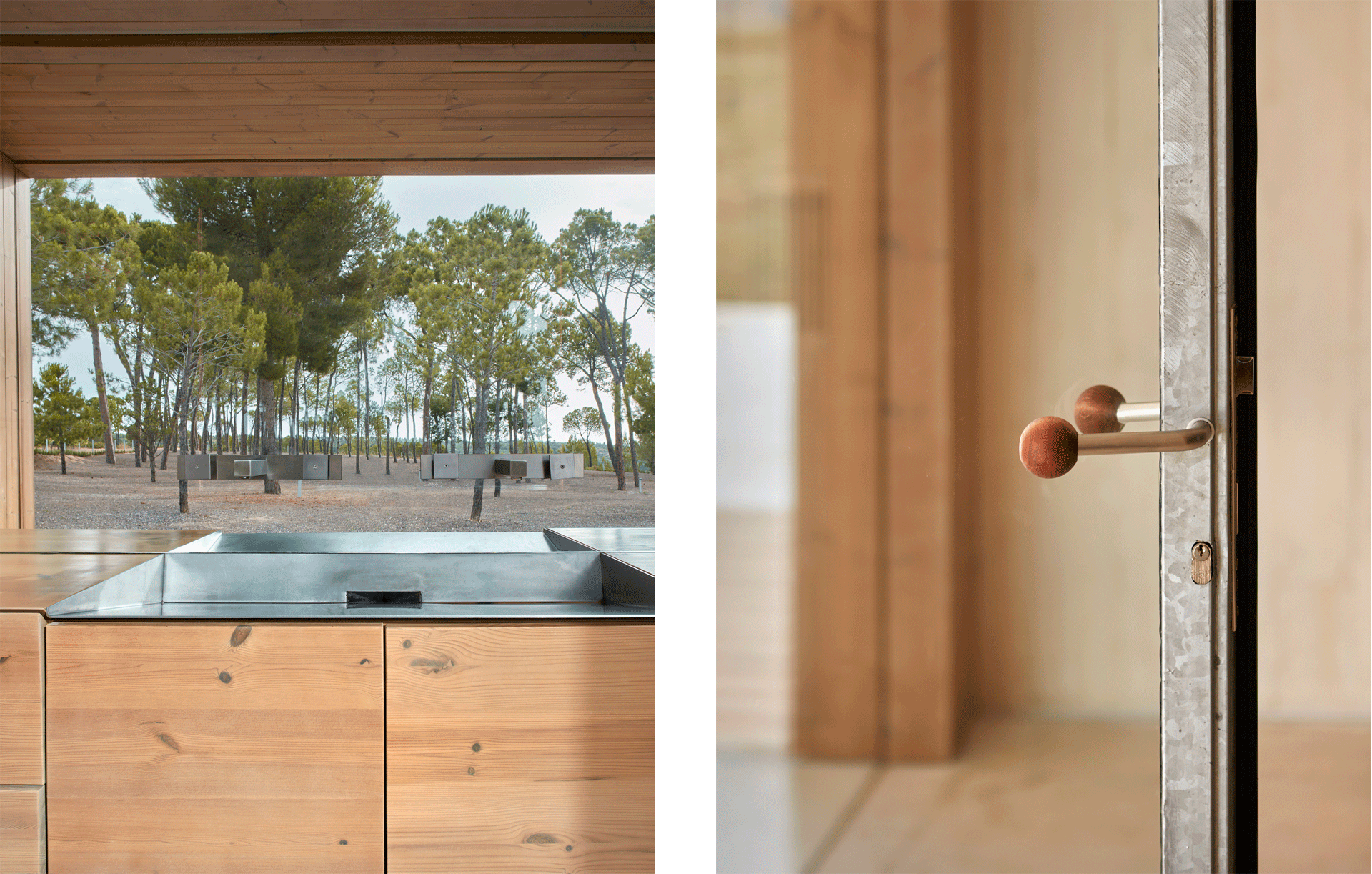 Light is manipulated to balance between daylight that floods the space from the fully glazed ends of the wooden blocks and strip lights running along every floor skirting. Impressive enough is the lack of any obstructions on the floors, ceilings, and walls. Everything is purely and simply the cladding or the structure. Details focus on enhancing the pine wood or remain discrete, flush to the surfaces. Openings and windows are the only form of ornamentation needed and considered acceptable for a house so true to its materiality. 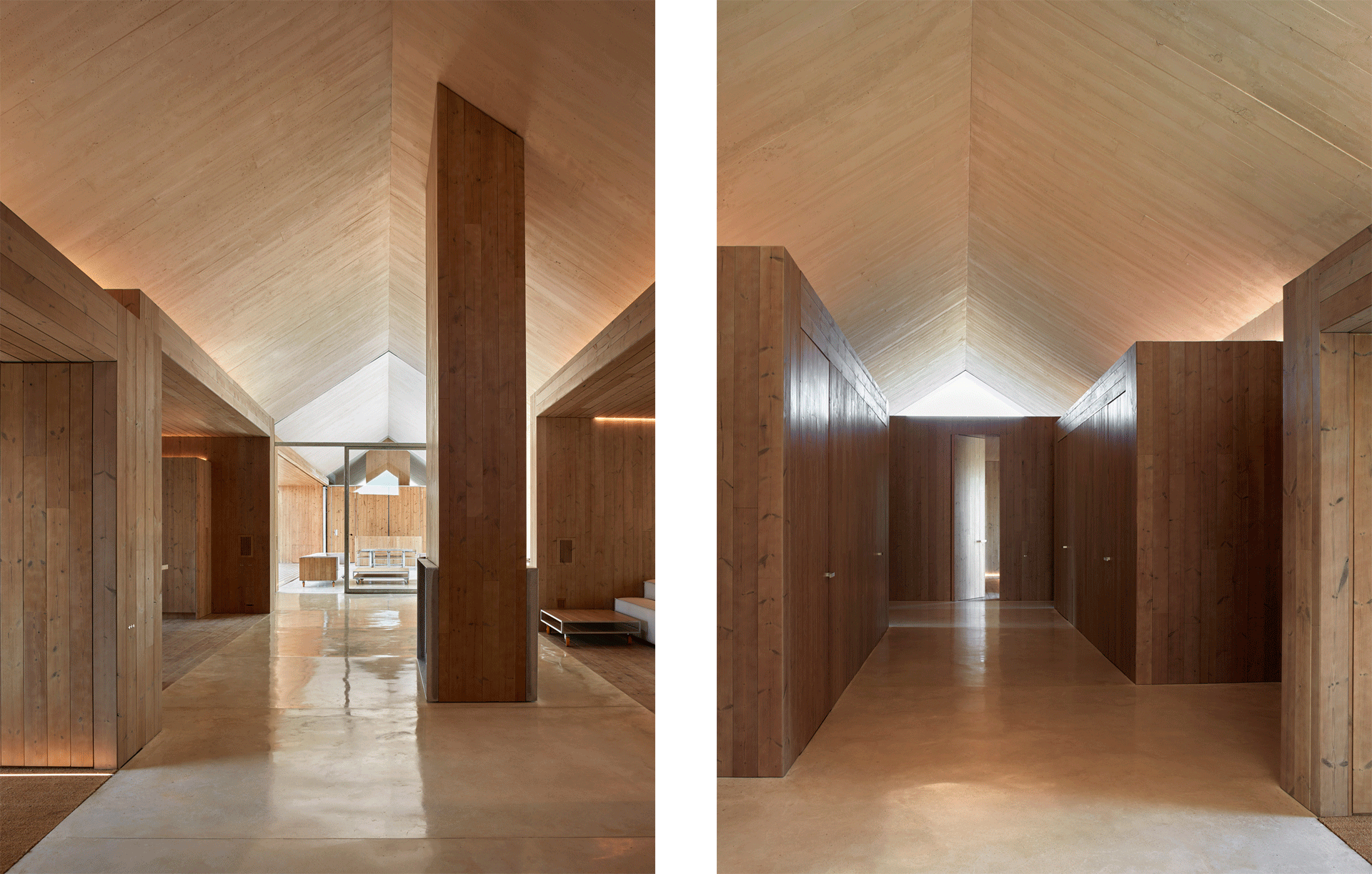 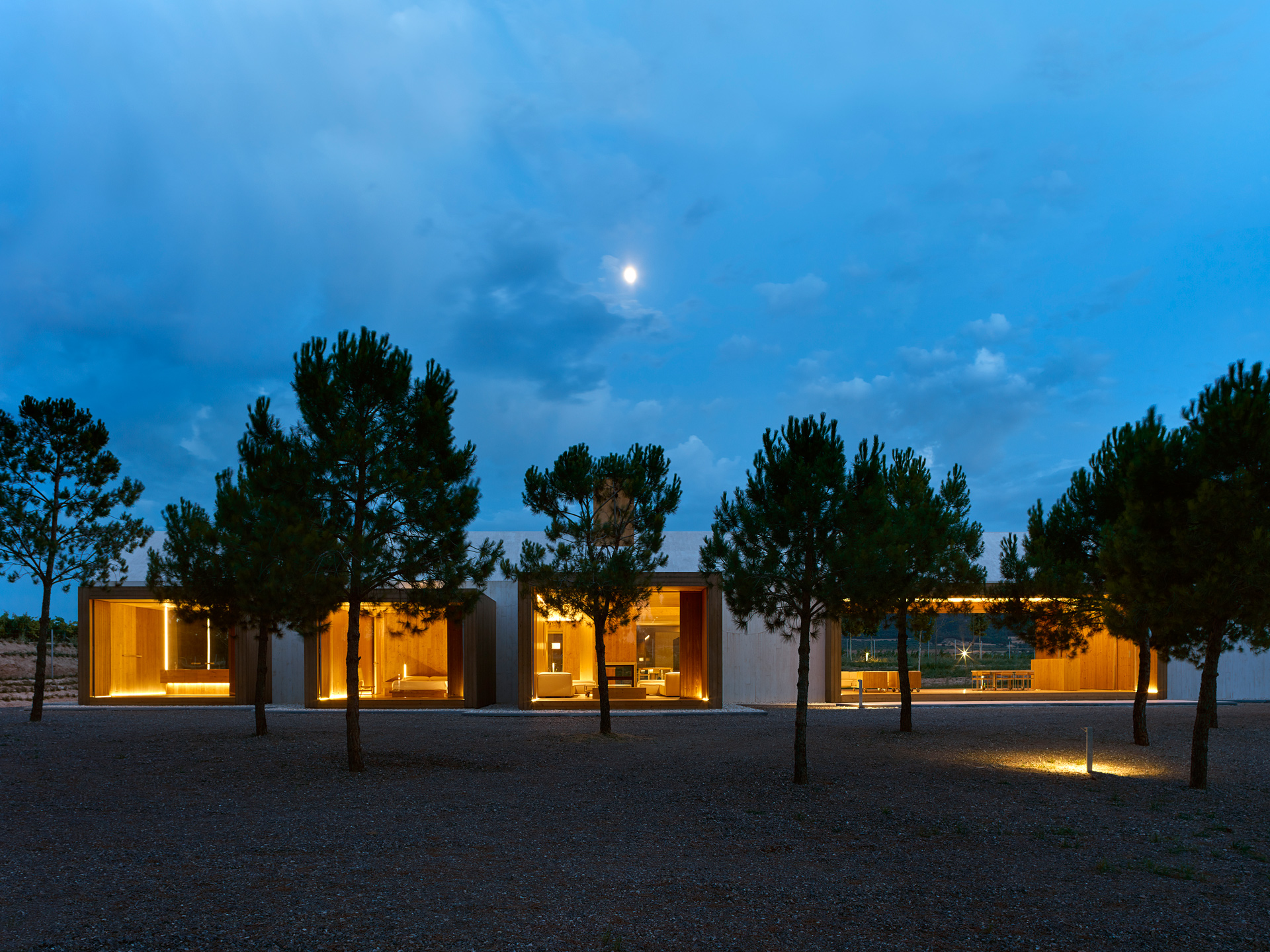 Only in bird’s eye view do we notice the imposing nature of the ‘cottage’ as it looks like it’s about to run into the vineyard. But even this is deceptive, as it is through this shape and size that the house features environmentally friendly construction, using solar energy, energy supply from biomass and collecting drinkable rain water. 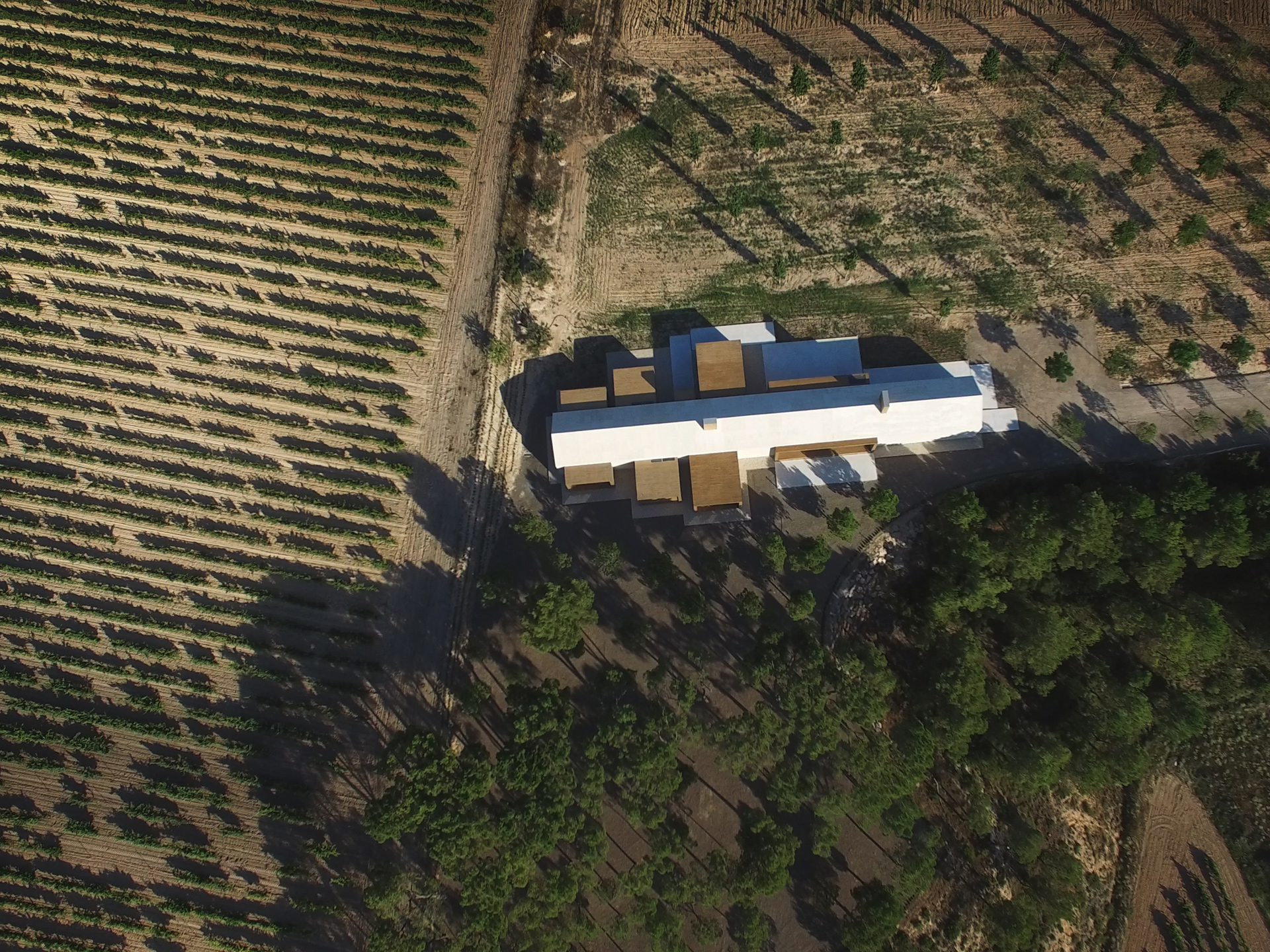 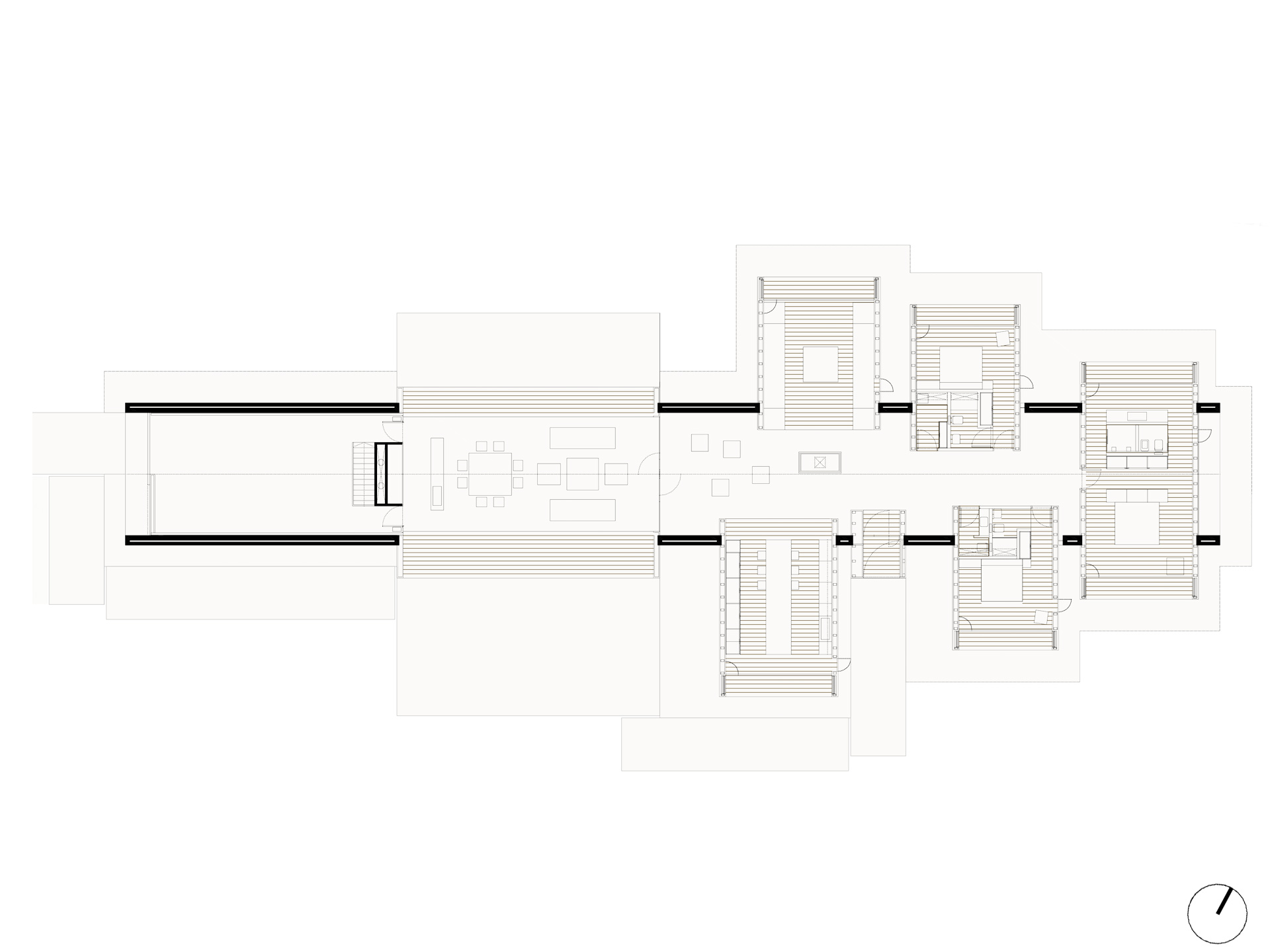