An important step in redefining the future of office design occurred at last week’s Frame Awards, where our Agile Workplace 2.0 challenge, conducted in partnership with Orgatec, announced its three finalists.

Entries covered a wide range of responses to the challenge of evolving the agile workplace, a concept that’s developed little since its inception in the late 1960s. A few shared threads emerged, however, with many projects highlighting the need to provide a context that empowers workers by providing the knowledge and agency to adapt their own environment, rather than simply a new furniture system. Several redefined how we should conceive of the ‘flexibility’ of office space in light of our increased understanding of neurodiversity in the workforce, while some even questioned whether the office should now exist merely as a series of protocols to be adopted wherever and whenever necessary.

After several hours of deliberation, the jury picked three teams to develop their ideas further for presentation at Orgatec in October. ‘The winning concepts all have one thing in common, they interpret the future of work not only as a spatial change, but also as a change in our mindset,’ explained El-Ishmawi. 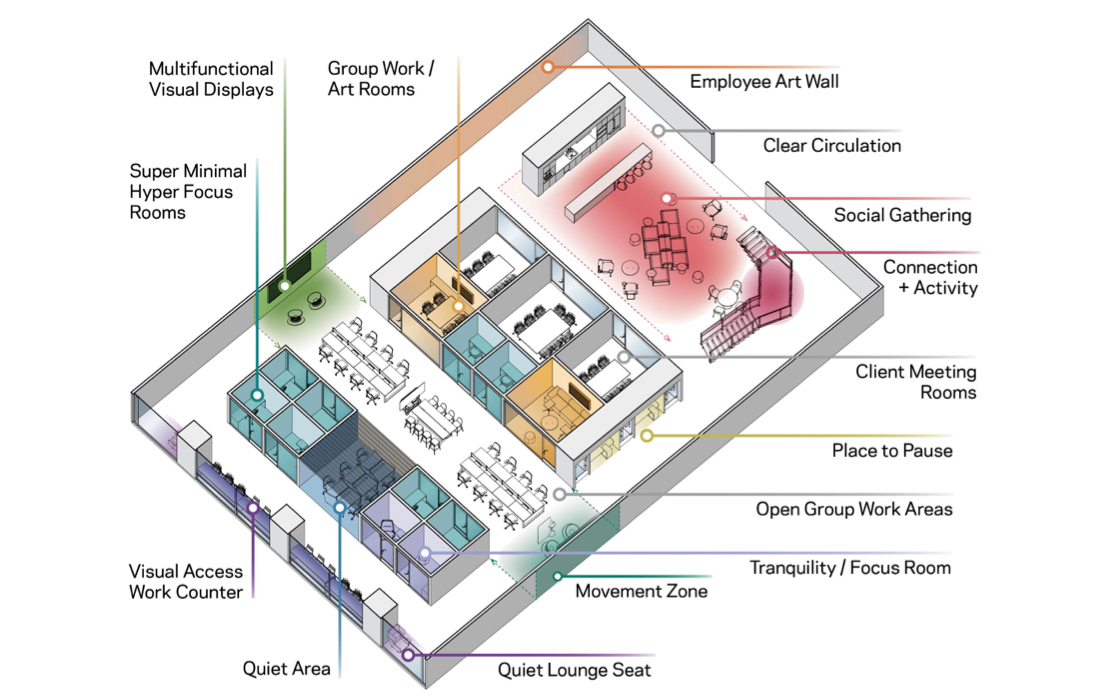 Of the selected finalists, the proposal from US behemoth HOK’s team was the most research intensive, leaning on the company’s extensive experience in office design at scale and understanding client needs for multinational brands. They started by outlining six spatial modalities that the modern workplace should afford: communing, concentrating, creating, congregating, contemplating and socializing. Crucially, their presentation then explored how these different modalities must be designed so that they materialize differently depending on whether the user was hypo or hypersensitive. 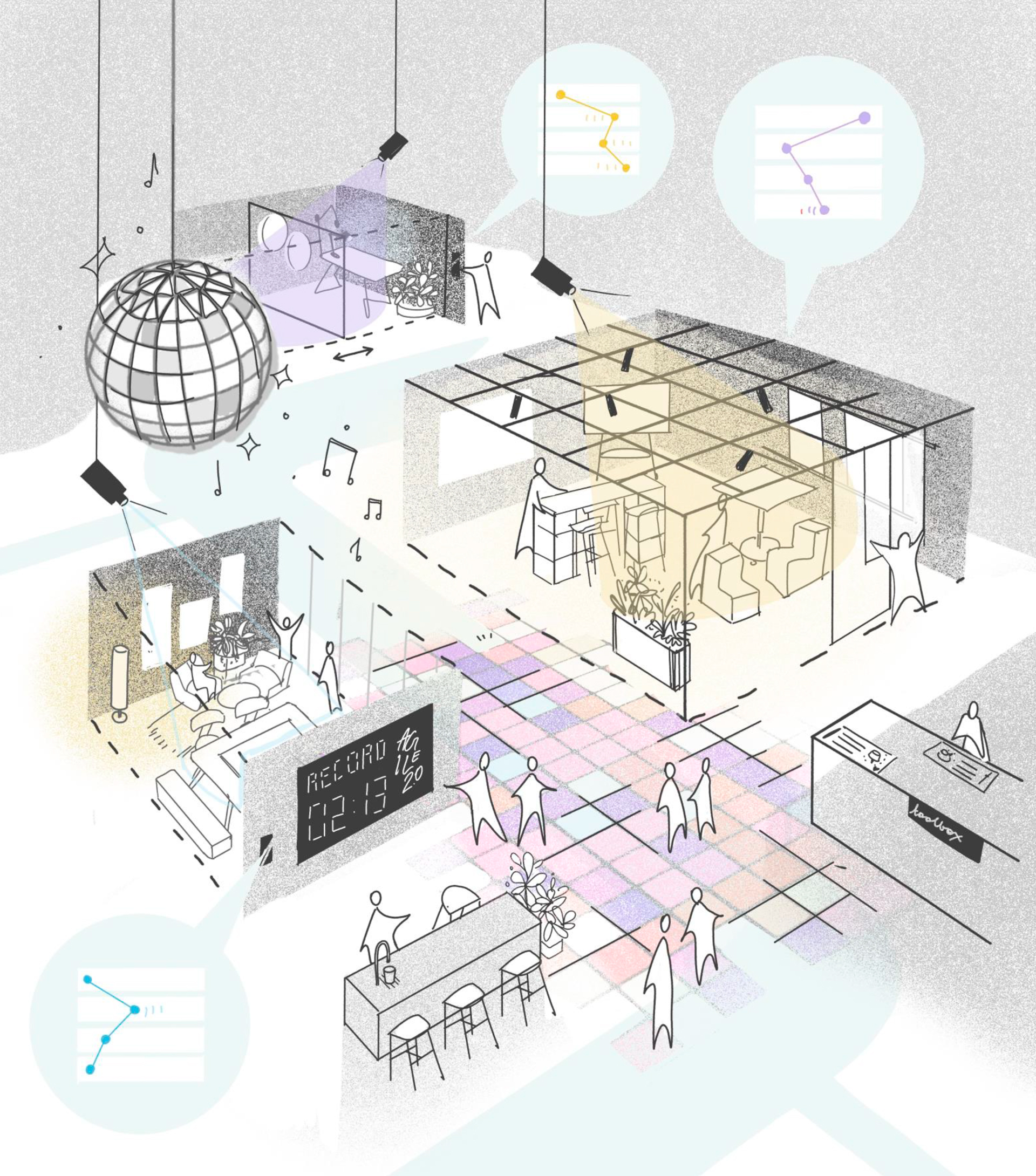 If plurality was HOK’s mantra, the team from Polish practice WorkPlace wanted instead to defeat the impasse that often comes from placing the burden of too much choice on the user. Their concept reimagines the office as a ‘dance floor’ that would respond to the collective mood of its occupants. Proposing a kind of dashboard into which users could input their preferences in terms of working style and level of communality, WorkPlace’s AI-powered system would learn employee habits overtime and intuitively adjust the environment to suit. This would free workers to engage more with each other and less on how to continually tailor their surroundings.

The final winning proposal, from Soft Bodies, a collective based between London and Amsterdam, built on the group’s ongoing research into mixed-reality interfaces. Having developed a series of installations that explore how physical objects can act as gateways between real and digital worlds, Soft Bodies proposed applying their learnings to the future of the office space. This would allow users to virtually map a variety of alternate work environments across preexisting spaces. The concept offered the potential for employees to layer different experiences across one shared location, whilst also providing a more meaningful connection to and presence for remote workers.

The second day of the event saw many of the teams reconvene for a workshop to unpack broader questions around the changing needs of the workplace. Chaired by Moving Walls CEO Patrick Frick and featuring industry leaders such as Sevil Peach and Alexander Rieck, the session tasked the 40-strong group with outlining: what do we actually need an agile workplace for?

Ideas clustered around expected pillars, such as the ability of agile structures to promote innovation through serendipitous conversations and knowledge sharing between departments. Also highlighted was the wellness and conviviality benefits of a more dynamic office environment that encouraged movement and interaction. In the centre, however, was a core of less often discussed attributes, such as the agile workplace’s ability to promote diversity and inclusivity, to help shift power from employers to employees and, ultimately, to create a more democratic internal culture. 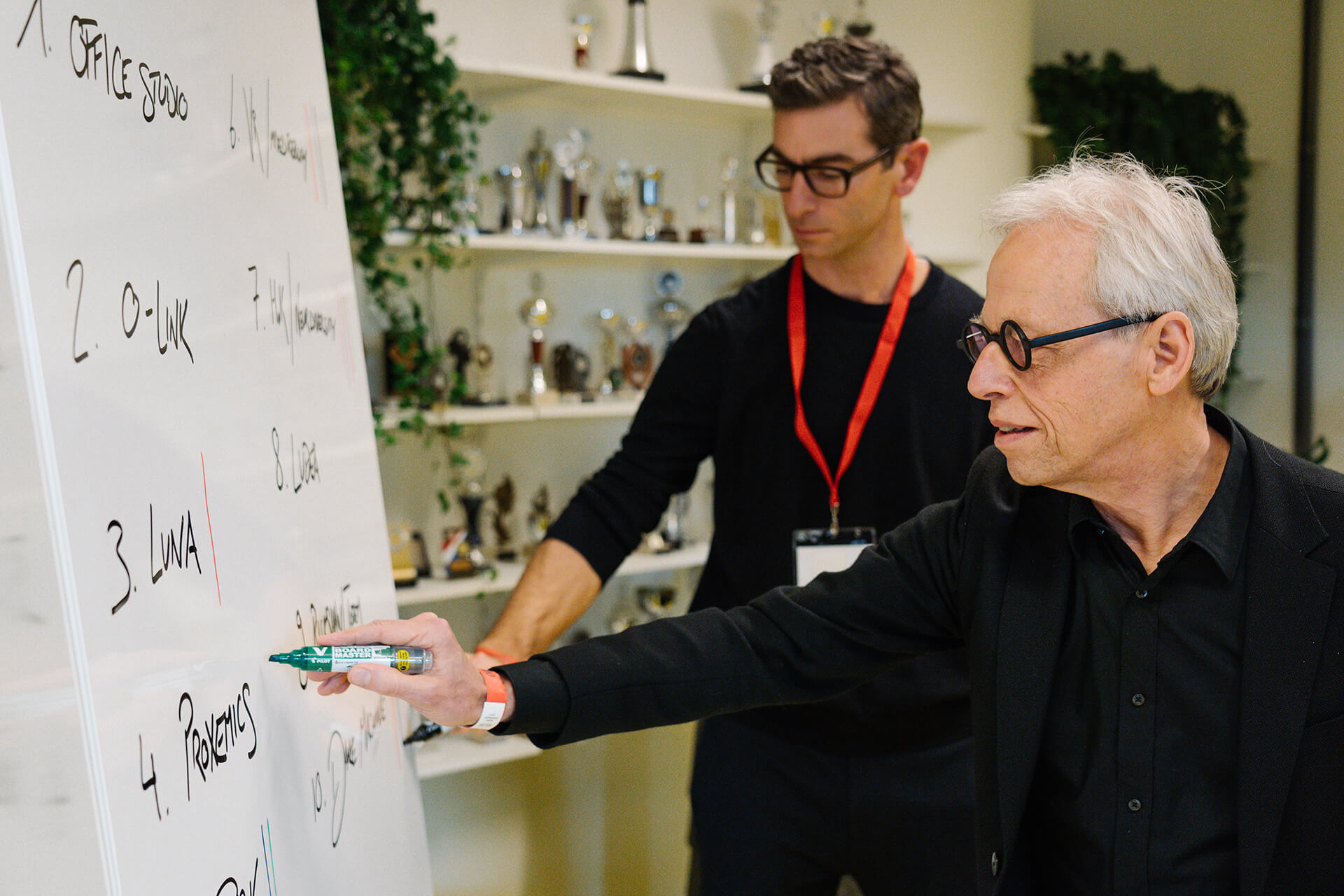 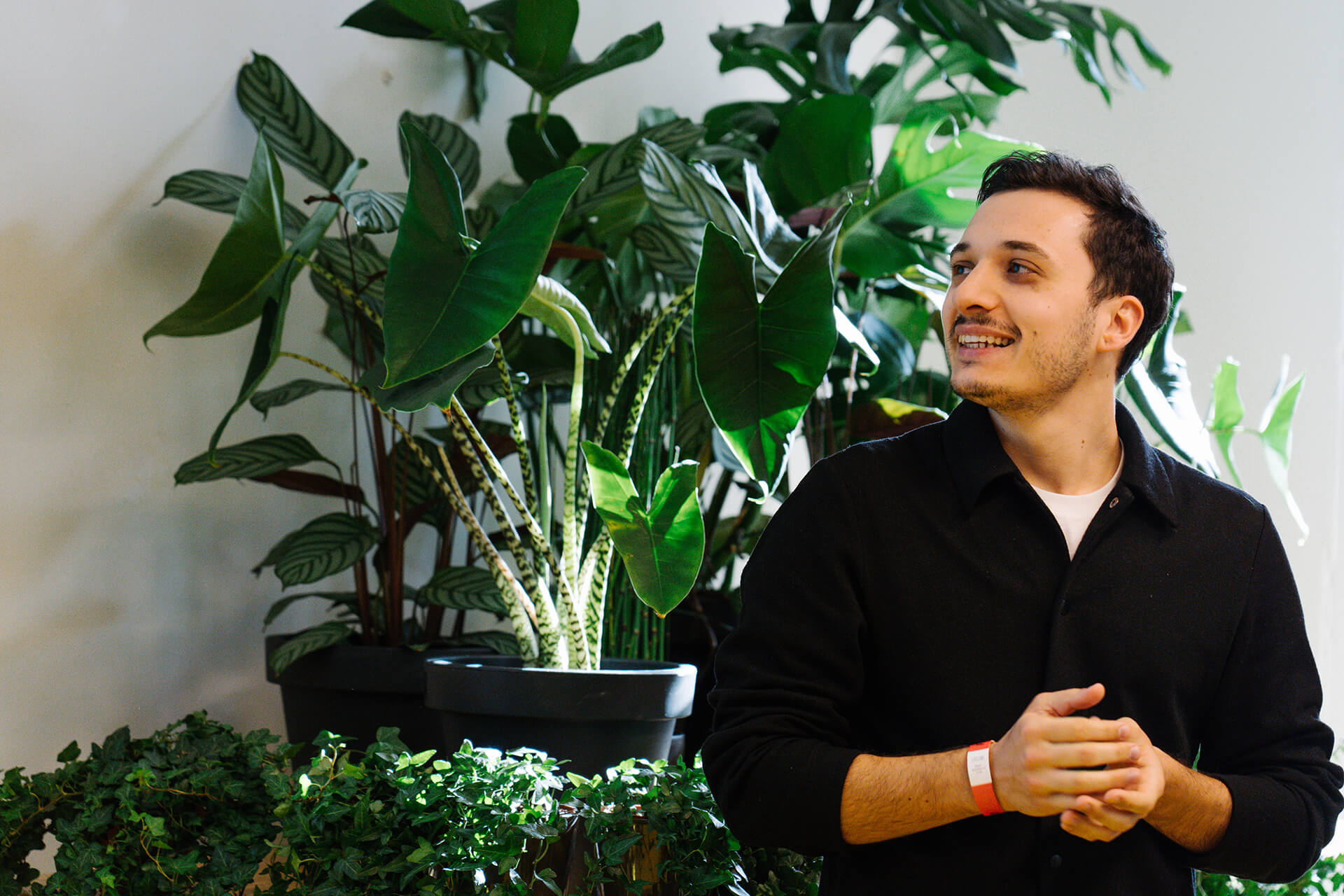 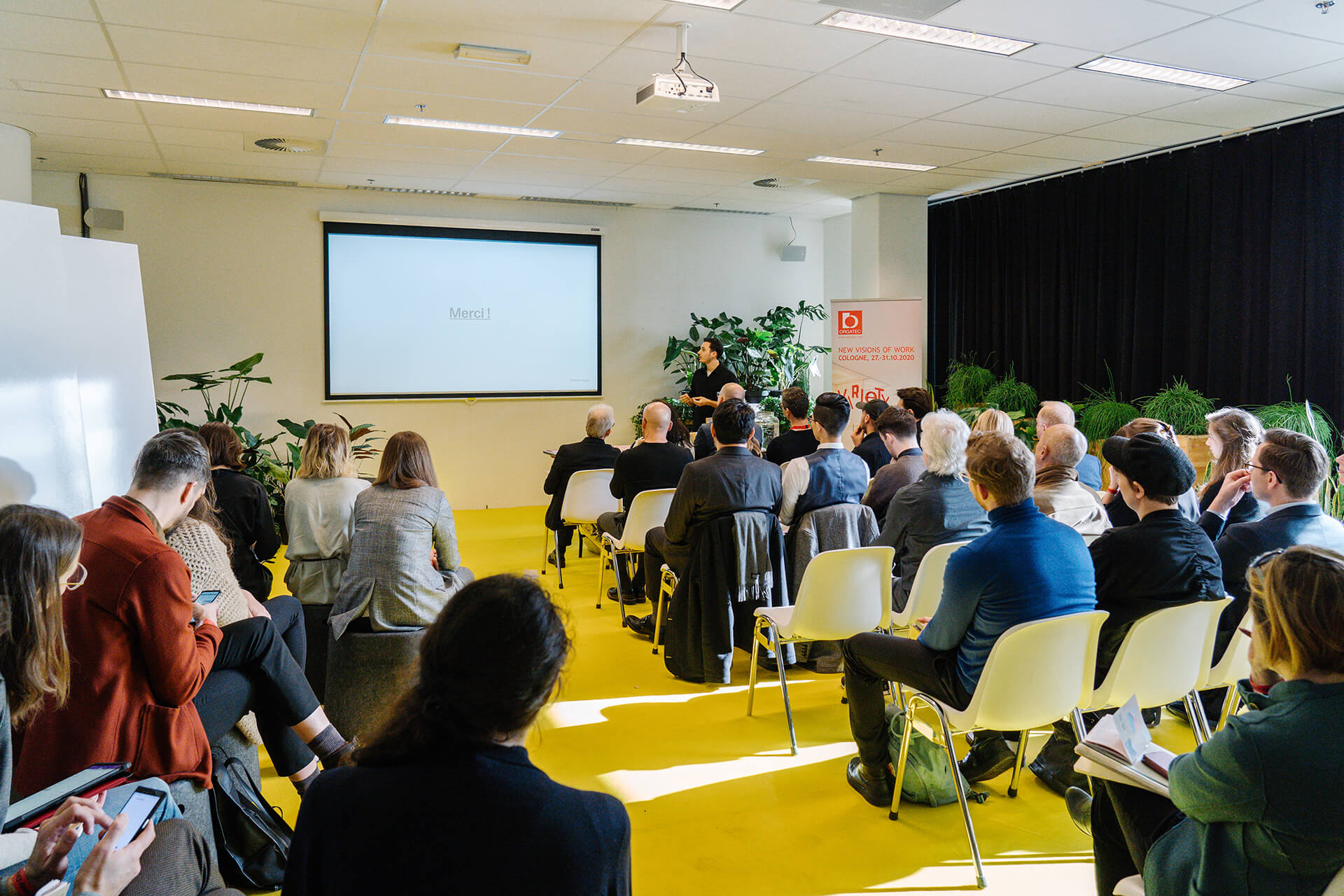 These latter themes informed many of the proposals developed in the second half of the session, where teams had to come up with an innovation for one aspect of the future workplace, from wellbeing and sustainability to the integration of technology. Suggested visions included a persistent virtual avatar that could act as one point of access to offsite workers, tactics for repurposing existing spaces through membership platforms, and the creation of zones within workplaces in which any form of hierarchy is suspended and equitable conversation can take place. This last idea in particular captured the group’s imagination. HOK’s Bill Bouchey, part of the team responsible for the concept, described it as ‘a level, uniform space where everyone expresses a desire to be equal…that is a set of characteristics the industry has not yet designed for.’

These ideas, along with the challenge concepts, will be developed further at events throughout the year before appearing at Orgatec 2020 in October, where the winning proposal will be selected. If you’re a manufacturer or practice interested in contributing to this ongoing investigation into the future of the agile workplace, please get in touch.