Render or reality? A South Korean complex simulates its surroundings

To make a building reflect its site and surroundings, many architects rely on harmony, choosing a similar style and material palette to what’s already there. For an entertainment centre close to Seoul, MVRDV took the notion a tad more literally. True to its name, The Imprint features façades ‘imprinted’ with elements from adjacent buildings.

The project comprises two venues: a 6,200-sq-m nightclub and Wonderbox, a 3,600-sq-m theme park and entertainment complex. Together they form part of a new tourist hub near Incheon International Airport. 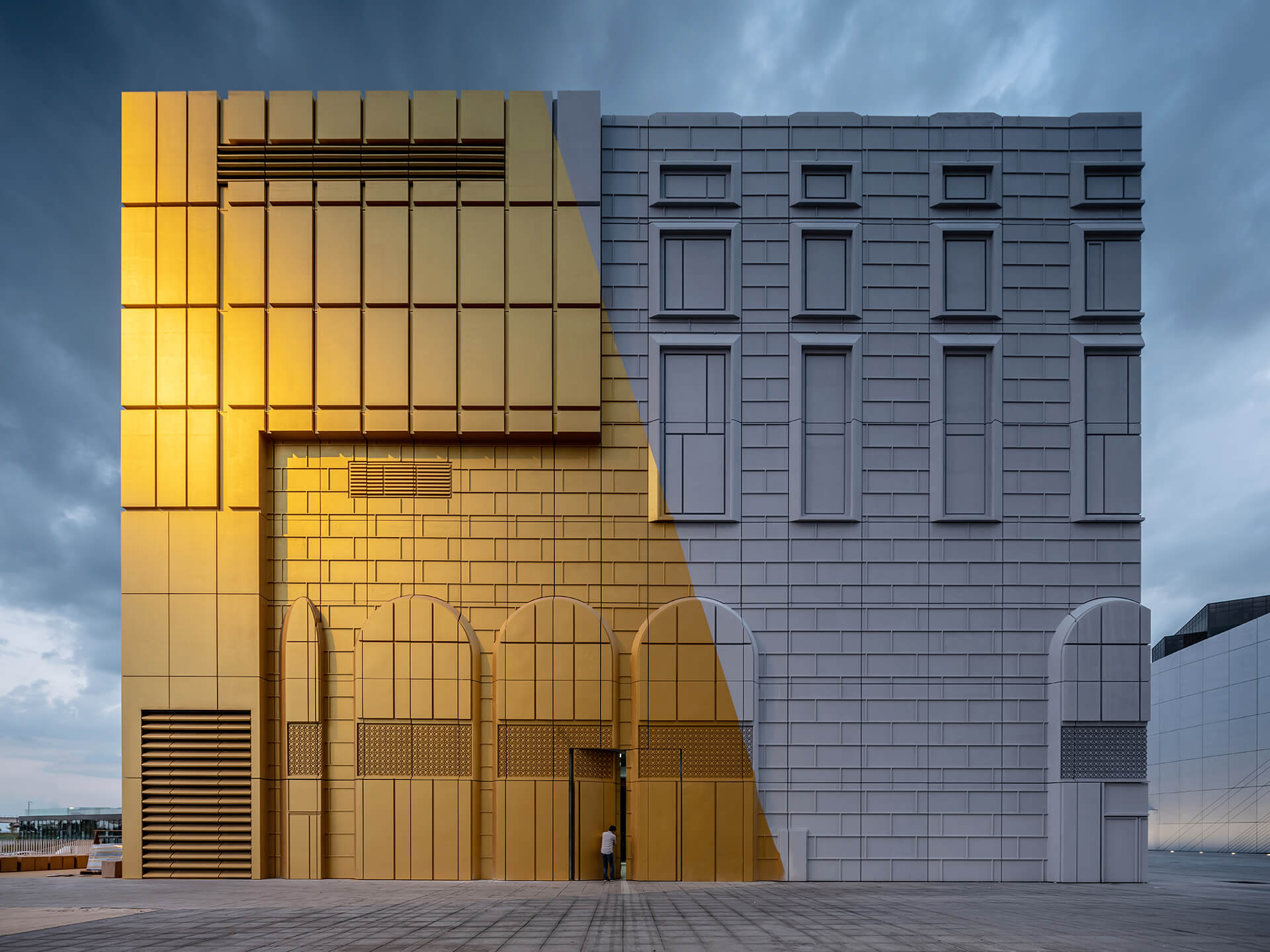 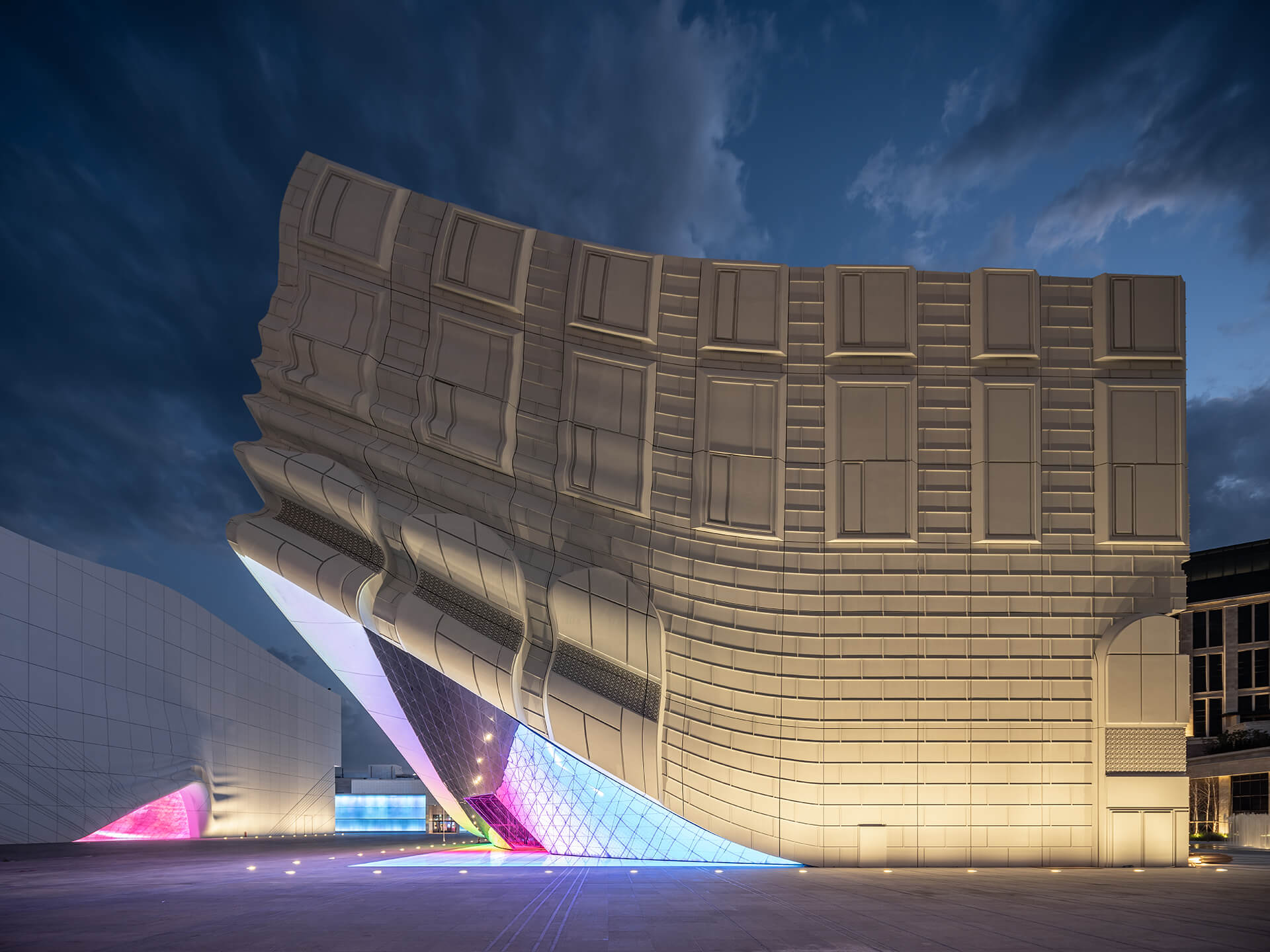 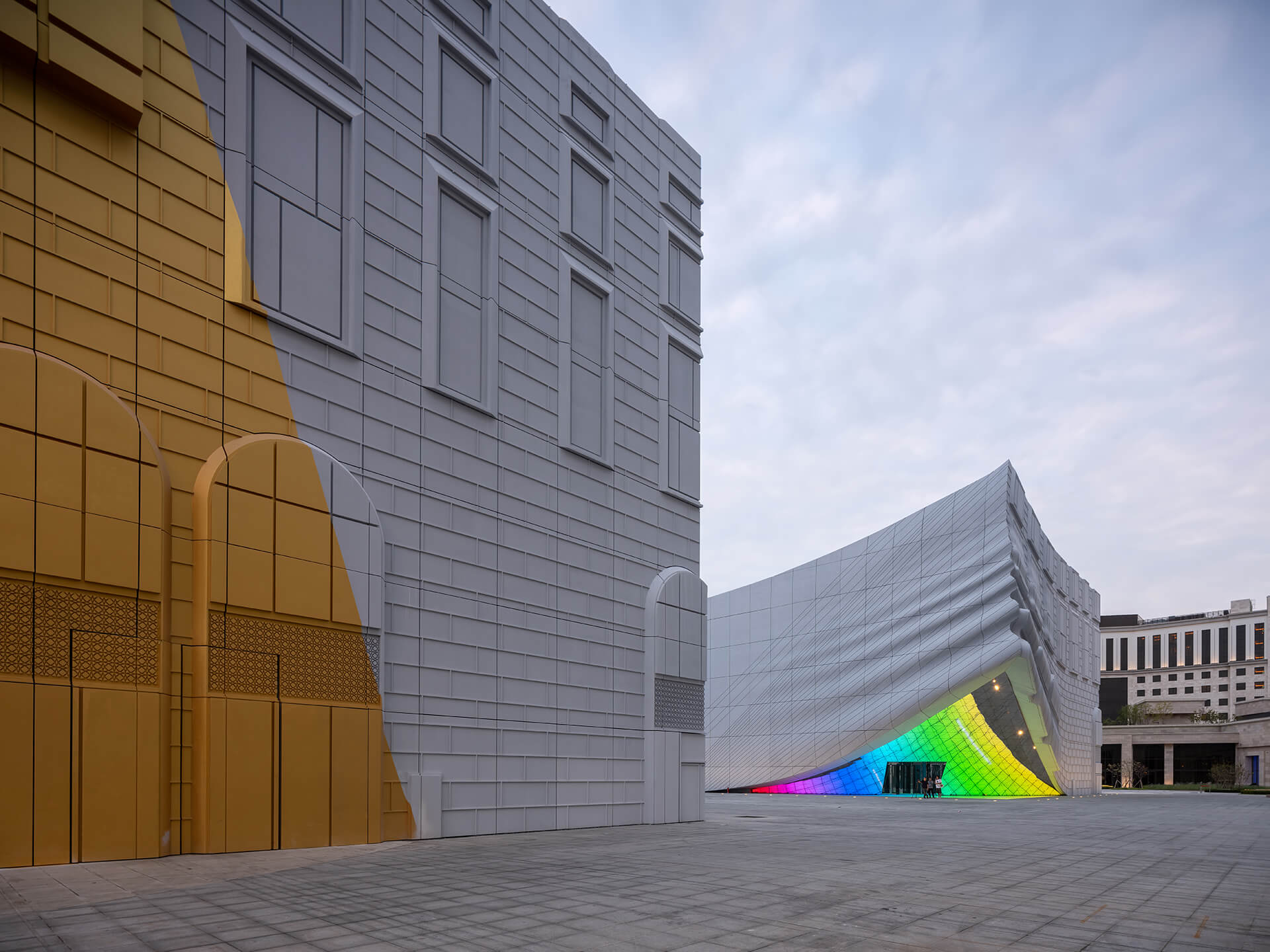 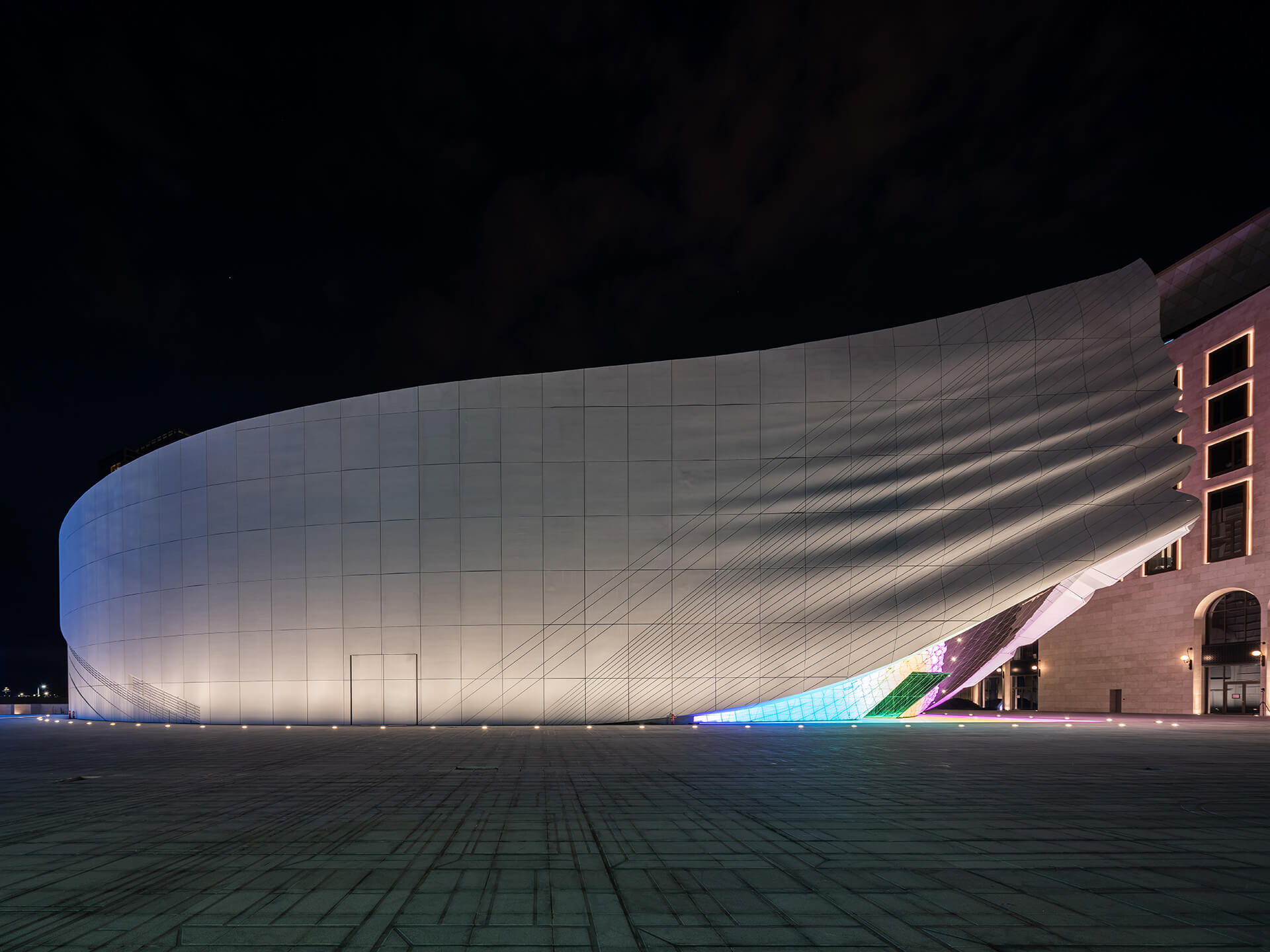 Because the internal programmes require no natural light, MVRDV ruled out windows – a move that transformed the façades into uninterrupted canvases. By mapping the exteriors with windows, doors and other details from the client’s nearby hotel and resort, Paradise City, the architects ‘connected The Imprint with its neighbours,’ said MVRDV principal and cofounder Winy Maas.

The client has deemed the project a piece of art

Made from glass fibre-reinforced concrete panels, the two structures were painted predominantly white to throw the imprints into sharp relief. The entrance to the theme park is the exception. Here, a sparkling golden skin calls out as a landmark to passing aeroplanes, while guiding on-ground visitors to the ‘doorway.’ 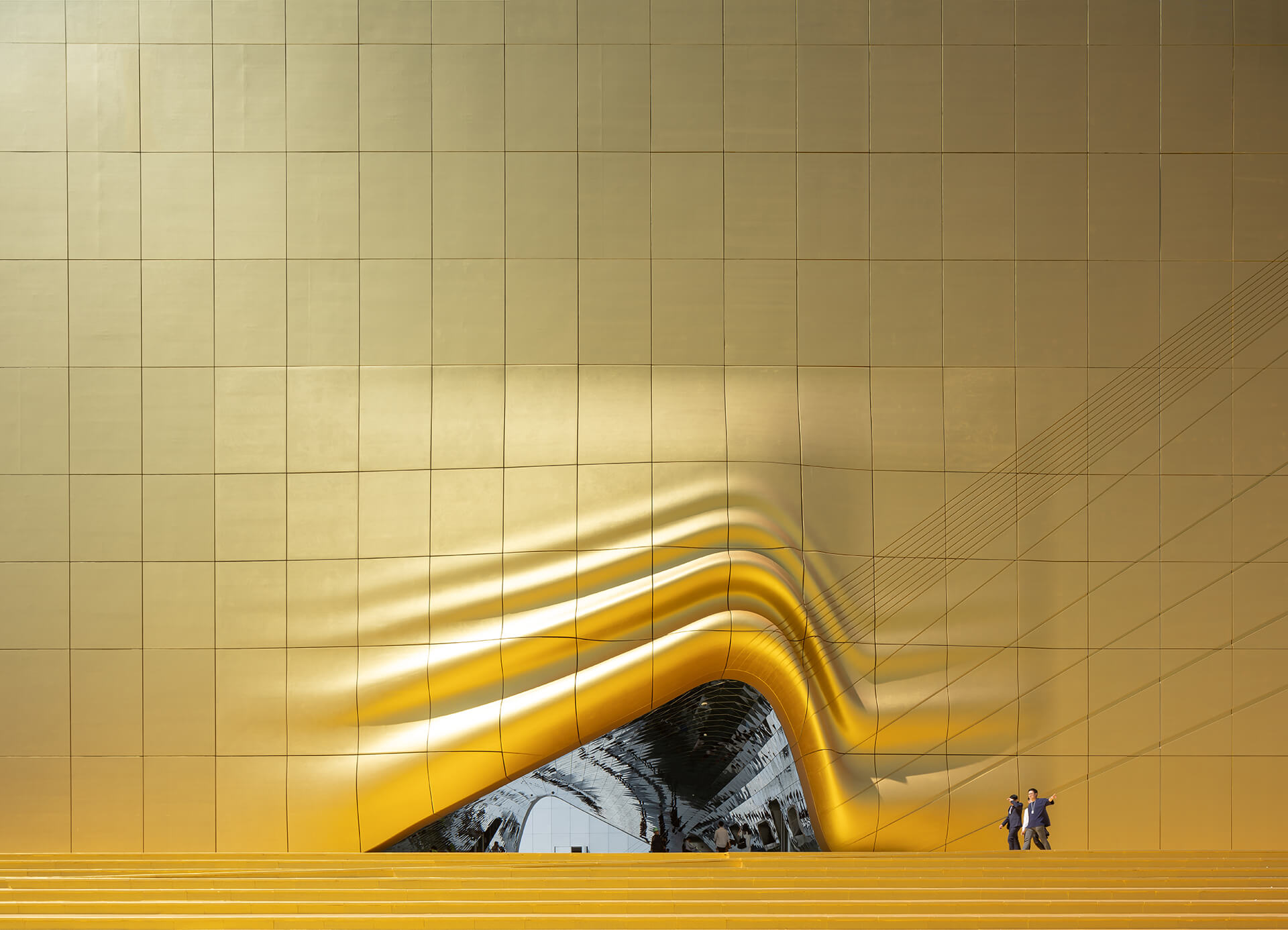 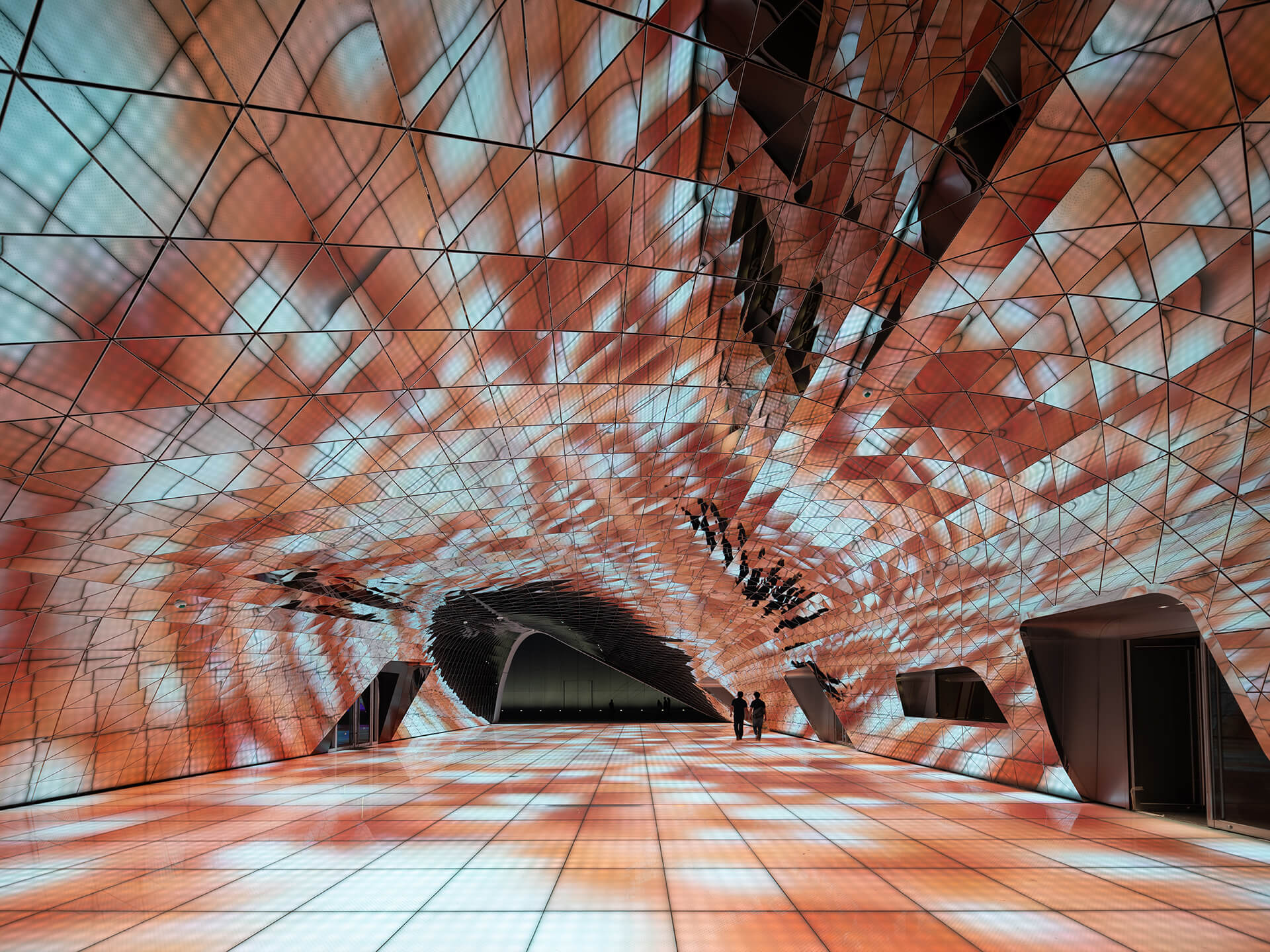 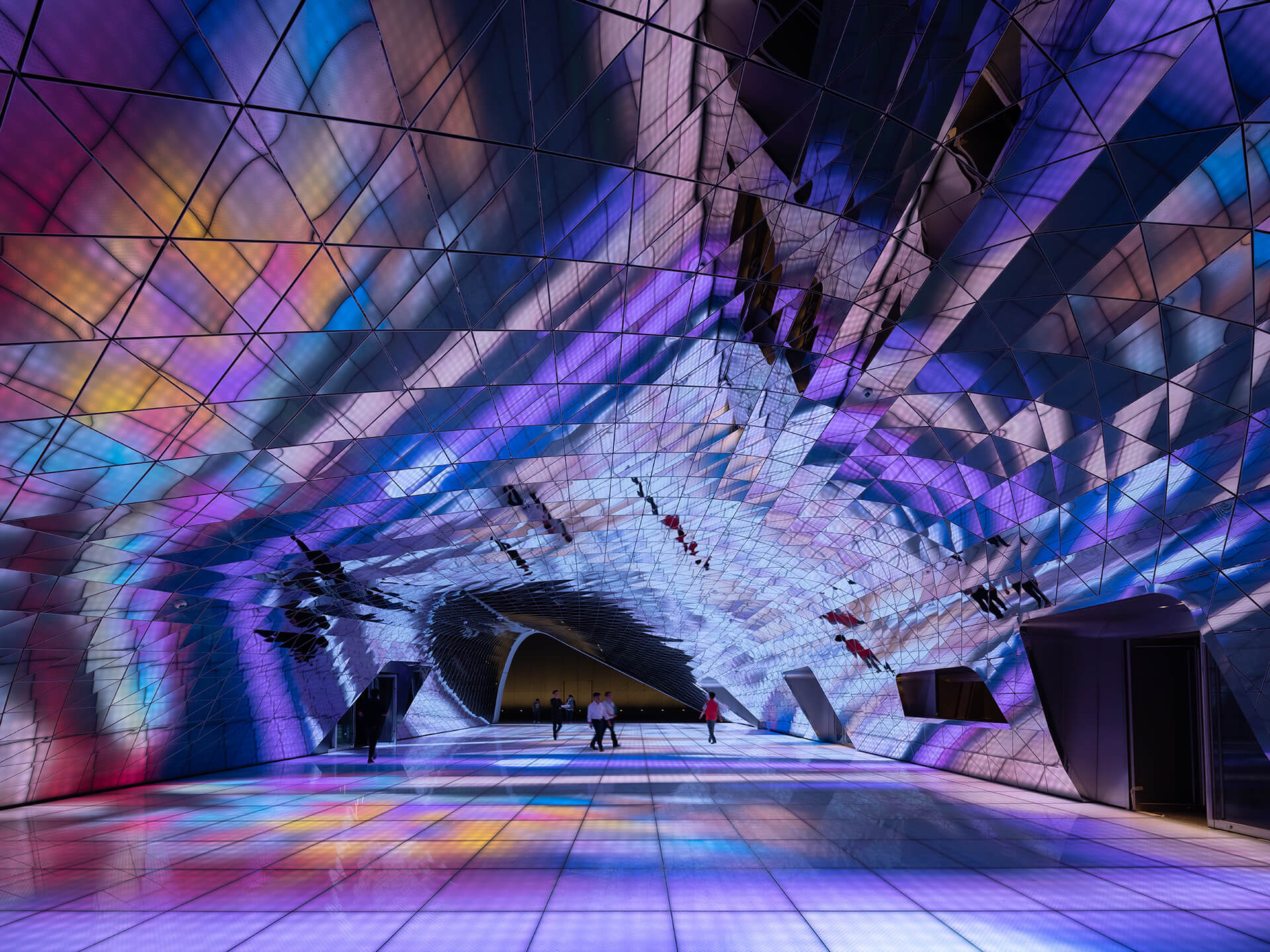 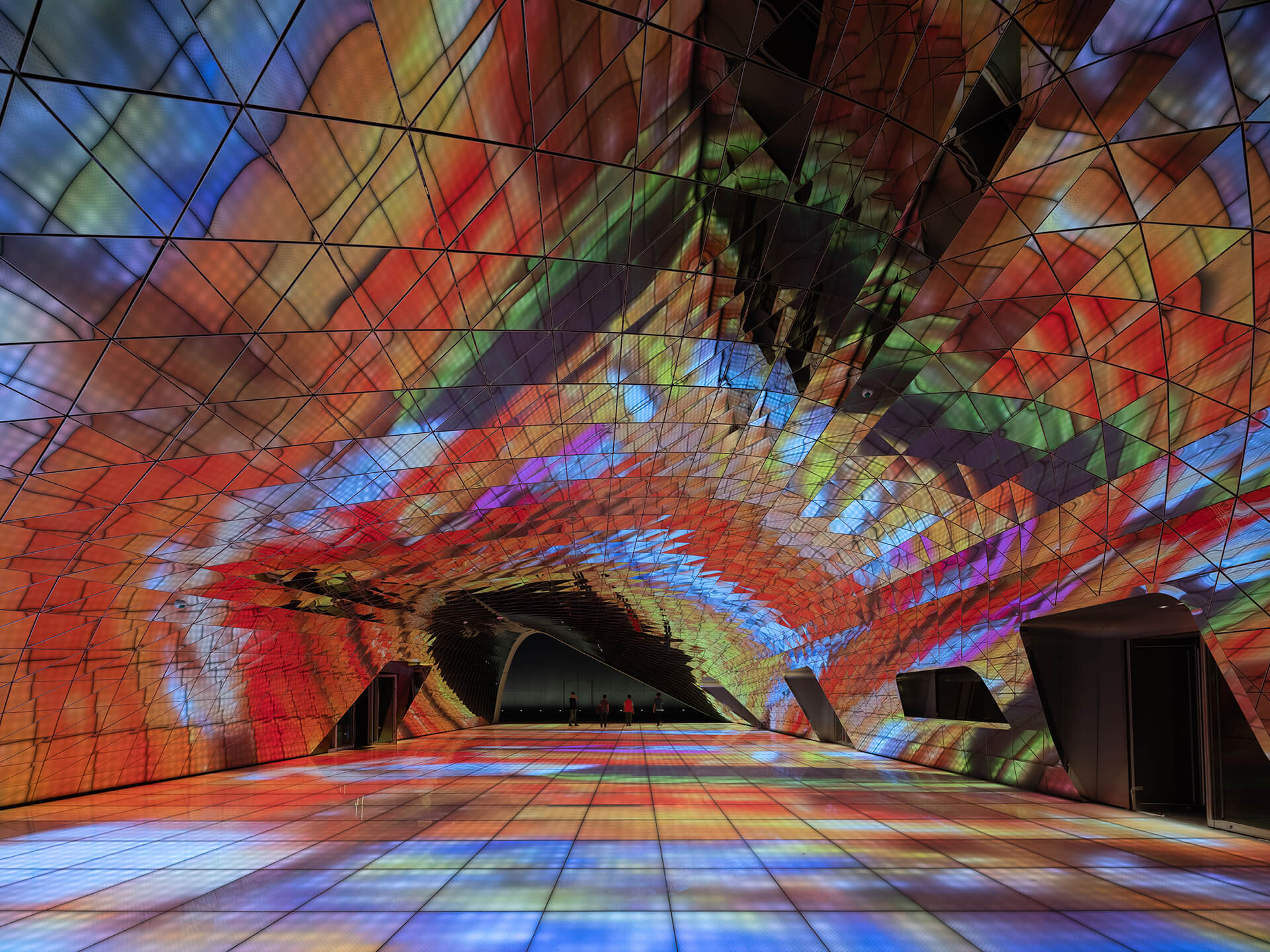 MVRDV’s task – ‘to design an interesting façade while offering only glimpses into the building’ – resulted in a playful boundary between interior and exterior. Instead of inserting standard doorframes or archways, the architects indicated entrances by raising sections of the structures as if they were flowing curtains, a link to the theatrical and illusory nature of the spaces within. Beyond Wonderbox’s border, a walkway composed of multimedia screens awaits the visitor. These displays are reflected in the sinuous ceiling, providing a dramatic first encounter with the interior.

The client has deemed the project a piece of art. Of special interest to Maas was maintaining the momentum for ‘entertainment to become art or for the building to become artistic. What, then, is the difference between architecture and art? The project plays with this idea.’ The architects wanted The Imprint to create a balance between ‘spectacle and calm simplicity.’ Finding that equilibrium, they say, is the answer to entertainment architecture.

This article is part of Frame 126. You can purchase a copy here.