BELO HORIZONTE – Misleadingly interlocked, ostensibly cantilevered and sumptuously textured; Cerrado House is the 320 sqm weekend and holiday oasis of a journalist couple, on Belo Horizonte’s outer edge – only 10 km from the small town of Moeda – in the Brazilian state Minas Gerais. The house is surrounded by vistas toward the Cerrado, a tropical savanna defined by its sparse, rolling and humid landscape. The isolated location ensures a night time welkin, illuminated by only the moon and stars. 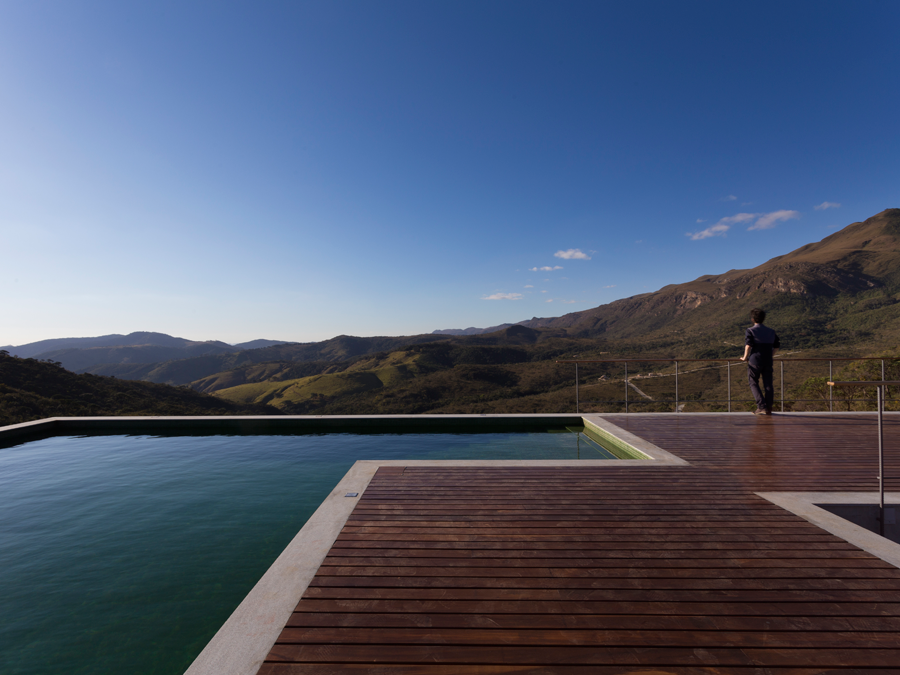 What initially appears to be an abandoned bunker, hunched down in a desolate setting, is instead an exemplar of local craftsmanship. Carlos Teixeira of architecture firm Vazio made sure that the hand-made methods of creation are unabashedly evident. Poured in place concrete composes the house’s structure; elongated floor to ceiling mullions define the glazing, in concrete’s absence; louvers of Eucalyptus, sourced from nearby plantations, shade the façades. Just under 400 new, native Vochysia thyrsoidea trees dot the house’s 3 ha plot and three logs of Schinopsis brasiliensis are stacked to create the kitchen table. Local craftsman João do Ponto created the interior’s woven-leather benches.

The interior is centred on the core communal spaces of living room and kitchen, surrounded by terraces, the largest of which extends toward the west and is exposed to the exterior, below the shallow end of the roof-top pool – which, explains Teixeira, 'also works as a passive cooling system for the interior rooms right under it.' The floors of interior rooms are finished in the same concrete, though treated with an amber infused colorant.

Perhaps the most tactile aspects of the house are its concrete walls and ceilings – its exposed structure. Planes of concrete appear ‘wrinkled’, as ripples undulating atop water. ‘New plywood panels rendered smooth concrete surfaces; old, used ones were reemployed, irrespective shape and condition,’ Teixeira explains. ‘The house’s workforce, including bricklayers and a carpenter, is from a nearby village, and is quite rougher, when compared to that of Belo Horizonte. And so some errors and contingencies of the materials were accepted.’ The amateur-infused building process, unpredictably enriched, and refined, its result. 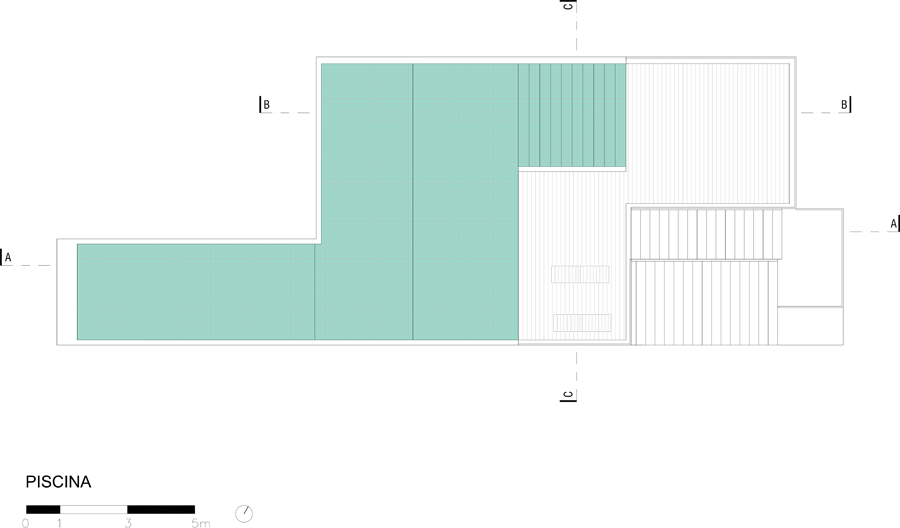 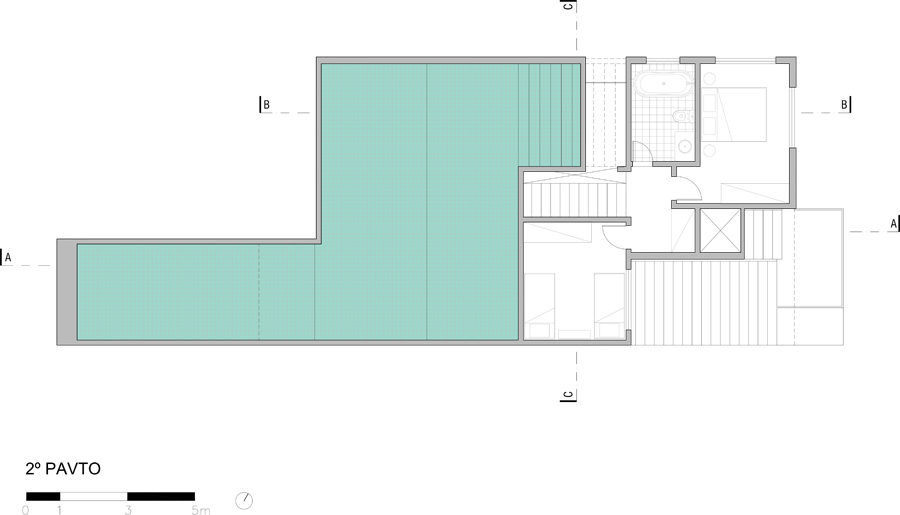 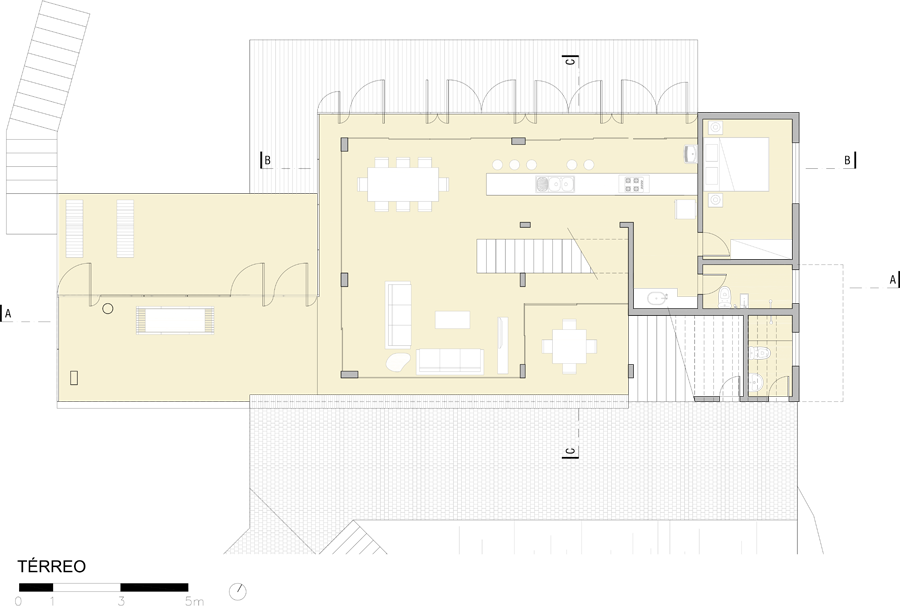