Not only does Schemata Architects, the Japanese studio established by Jo Nagasaka, keeps cropping up in the pages of Frame magazine; we also recently published a book delving into the idea and design processes of the Japanese designer and architect.

What exactly makes us keep coming back for more? Apart from Nagasaka’s undeniable way with materials – for Cabane de Zucca, he was an early adopter of the oil-slick look, which imbued materials with a rainbow-like finish and soon became ubiquitous – he often takes a straightforward design element and crafts an entire concept around it. It’s simple, clever stuff.

Another example is the Mintdesigns boutique in Aoyama, Tokyo. 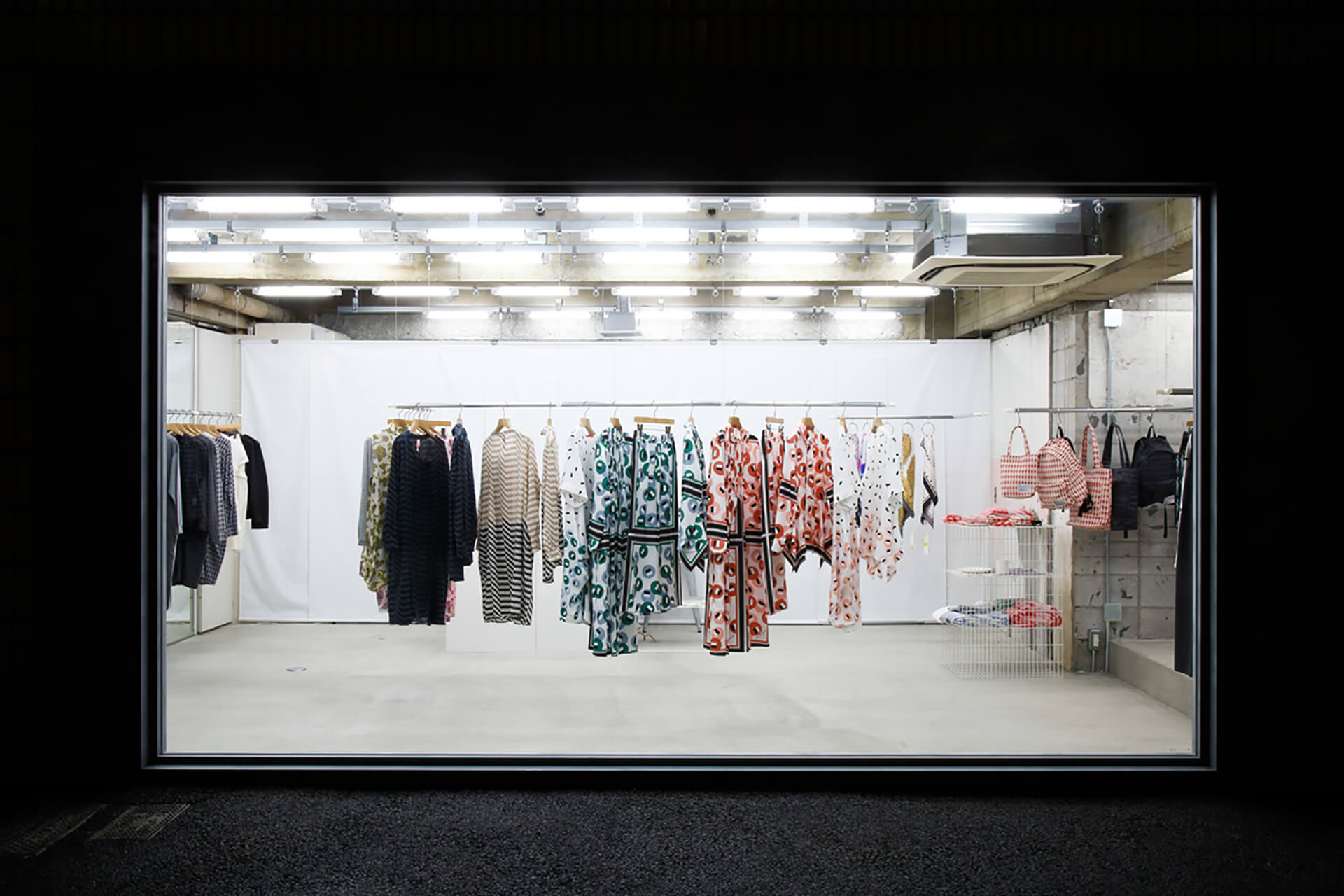 Faced with an aperture-rich interior of a modest size, Schemata Architects opted for an adjustable hanger system based on simple 3D-printed joints. Rails can be connected in myriad ways, facilitating frequent window-display updates. ‘Before the digital age, even if we had a good idea for a metal joint, we weren’t able to make it,’ says Nagasaka. ‘It was too difficult to “productize” the idea. But 3D printing changed that. Here, the joints express the present – and its new possibilities.’ And that’s it; the rest of the stripped-back scheme doesn’t detract from the main act.

The approach crops up more often in Nagasaka’s retail projects – the automatic winch displays in the Descente Blanc series of stores spring to mind – but also takes hold in other areas. Recently, the studio overhauled a three-storey Shibuya building for 100 Banch, an ‘innovation base’ established for Panasonic’s 100th anniversary with Loftwork and Café Company. 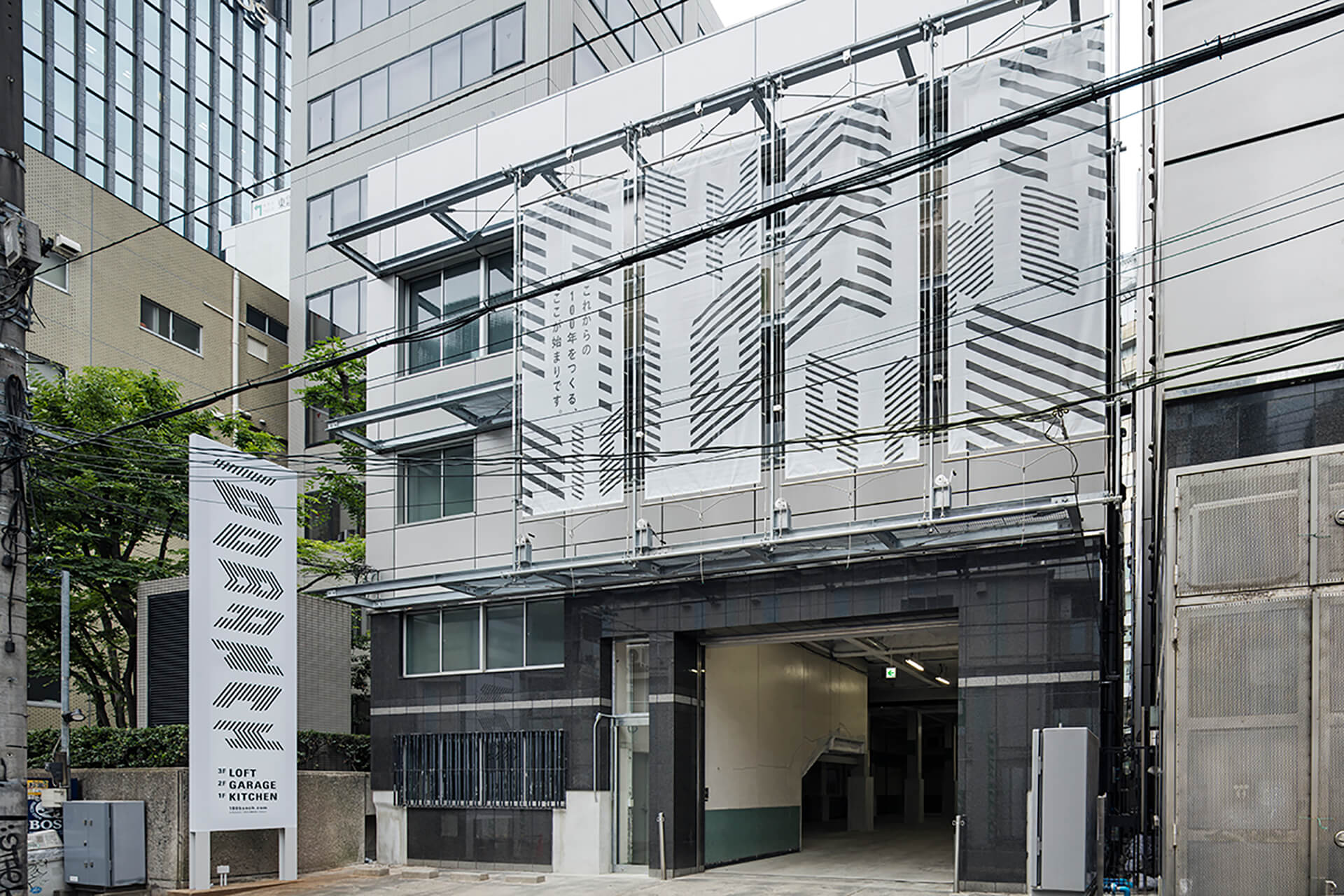 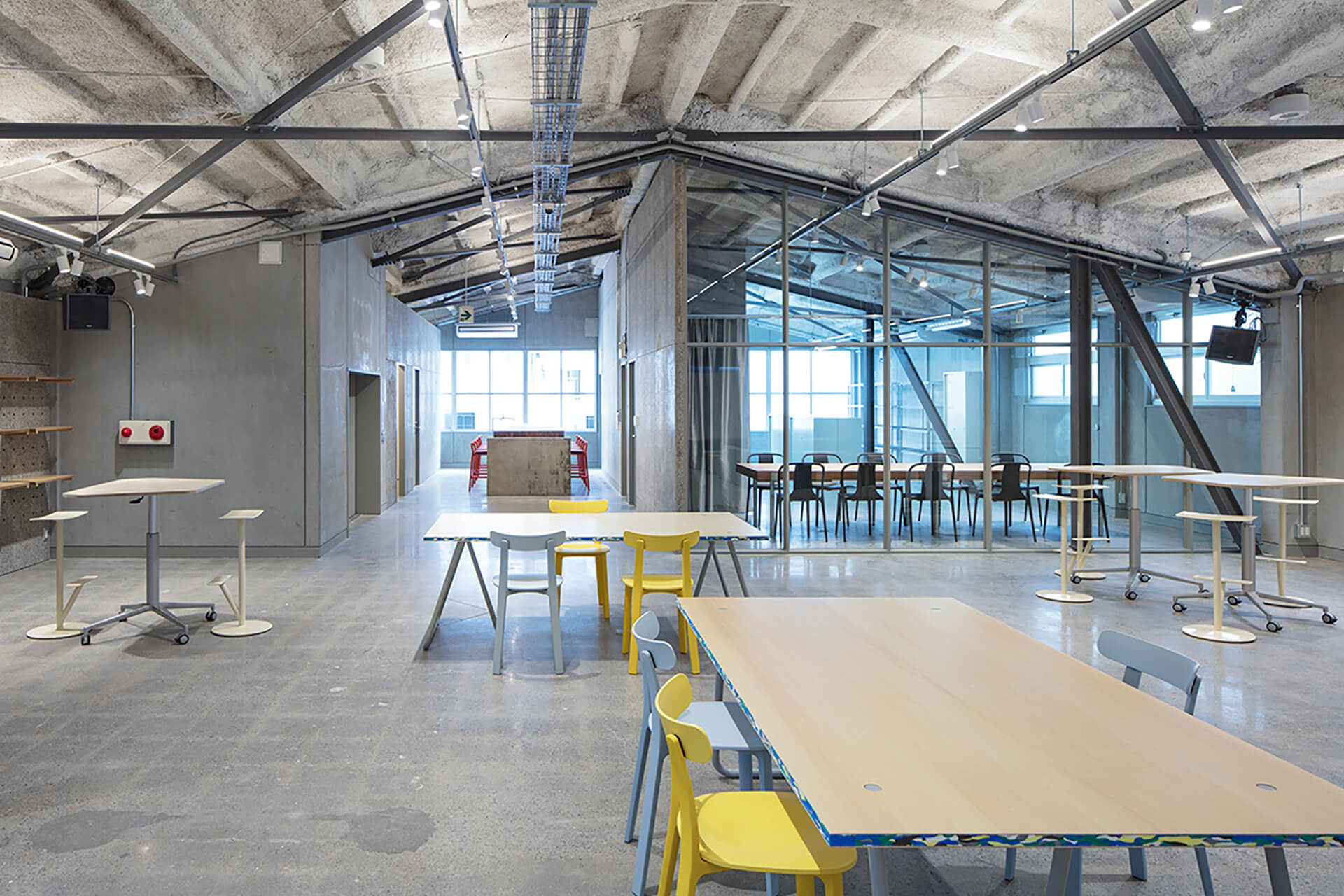 100 Banch comprises three floors: the ground level is the designated ‘Kitchen’ dining area, run by Café Company. The ‘Garage’ and ‘Loft’ areas on the second and third floors respectively were designed by Schemata to be spaces for collaborative work facing the next 100 years of the electronics brand.

Nagasaka demonstrates the application of straightforward design solutions for which he is known on the ‘Garage’ floor, where a low ceiling is turned from flaw to feature. 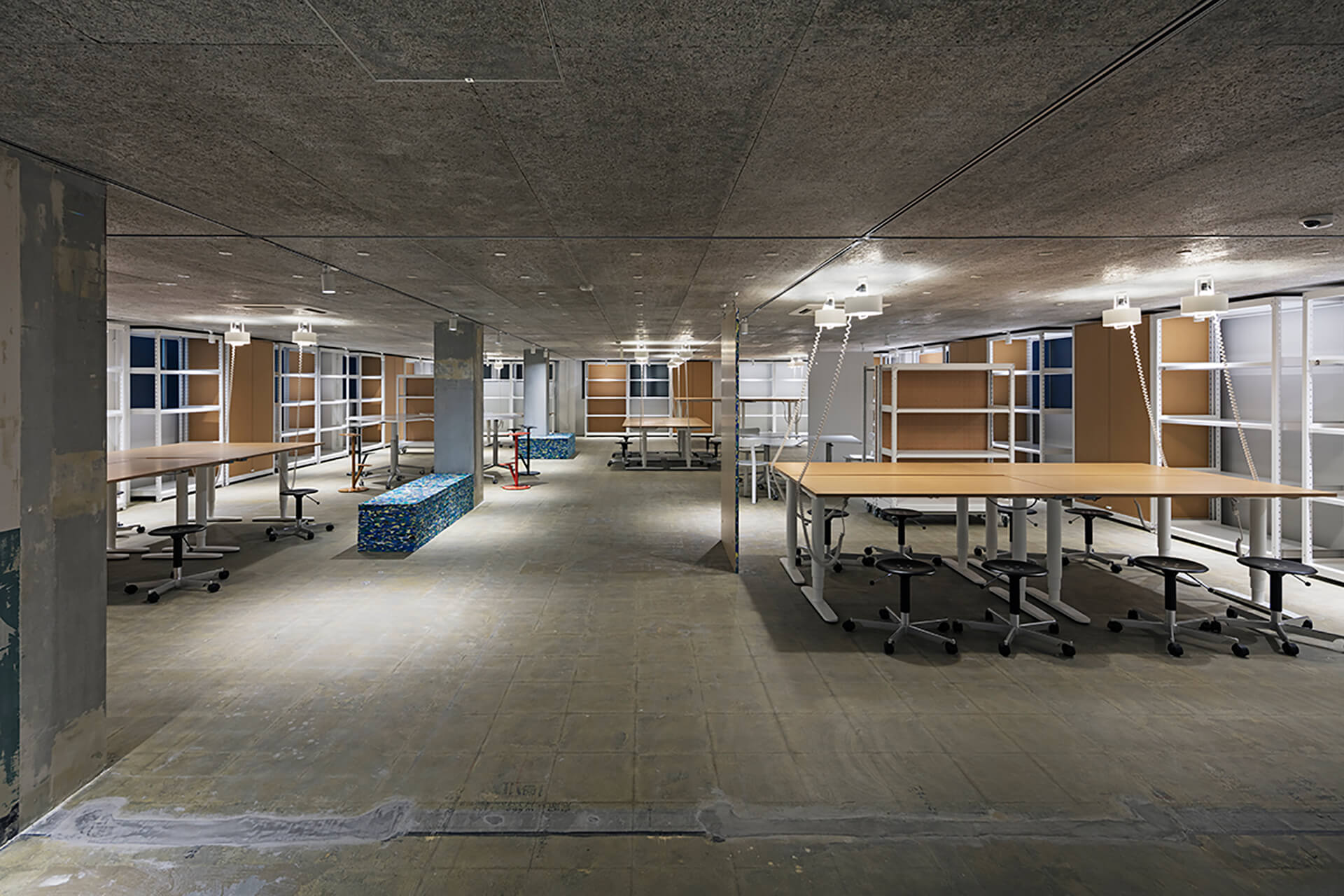 Schemata came up with a unique lighting and power socket that exploits the reachability of the 2-m ceiling, using a ‘duplex lamp socket’ invented by Panasonic-founder Konosuke Matsushita. The sockets – designed to be easily attachable and detachable – make for an unusual approach to cable-free work areas. 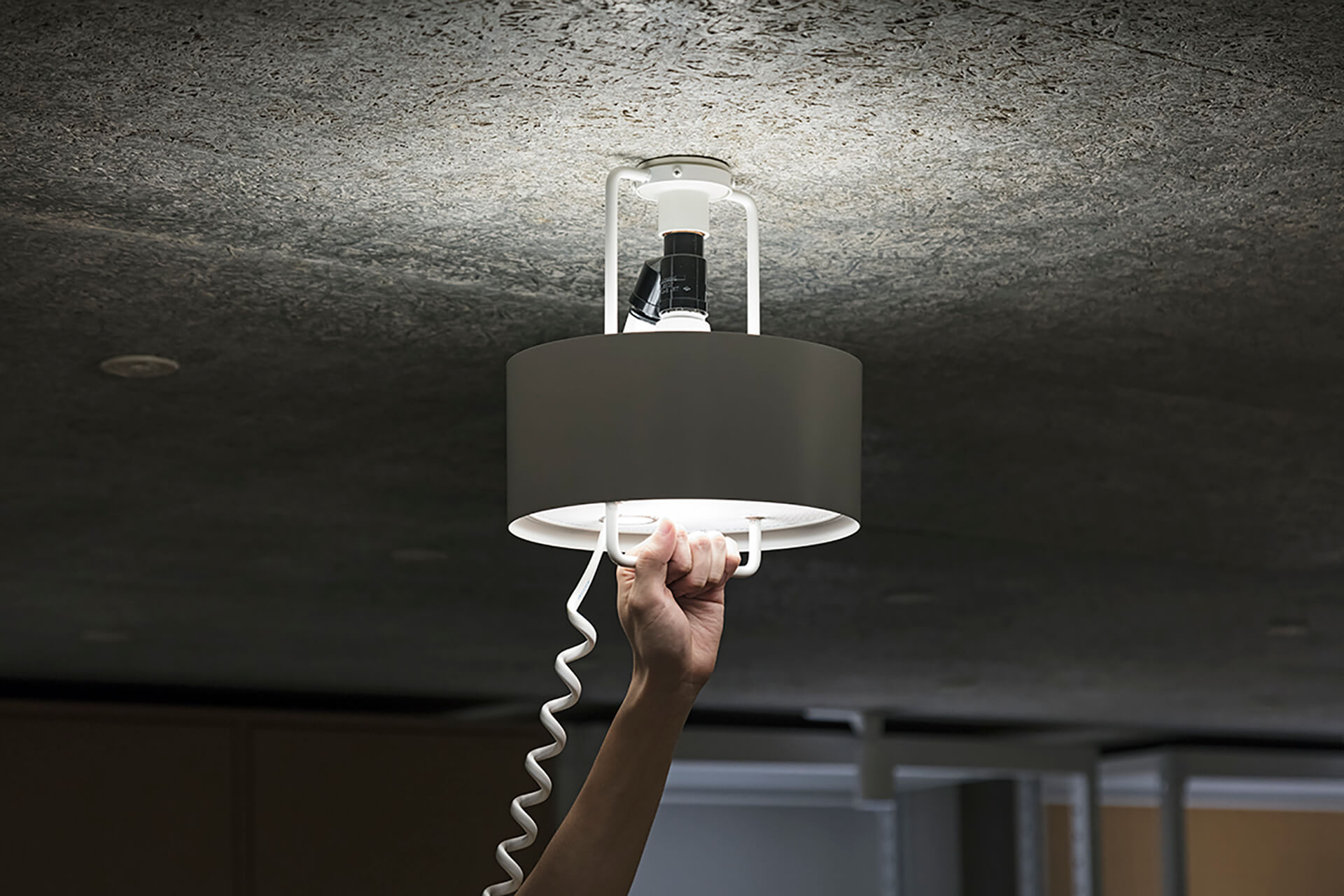 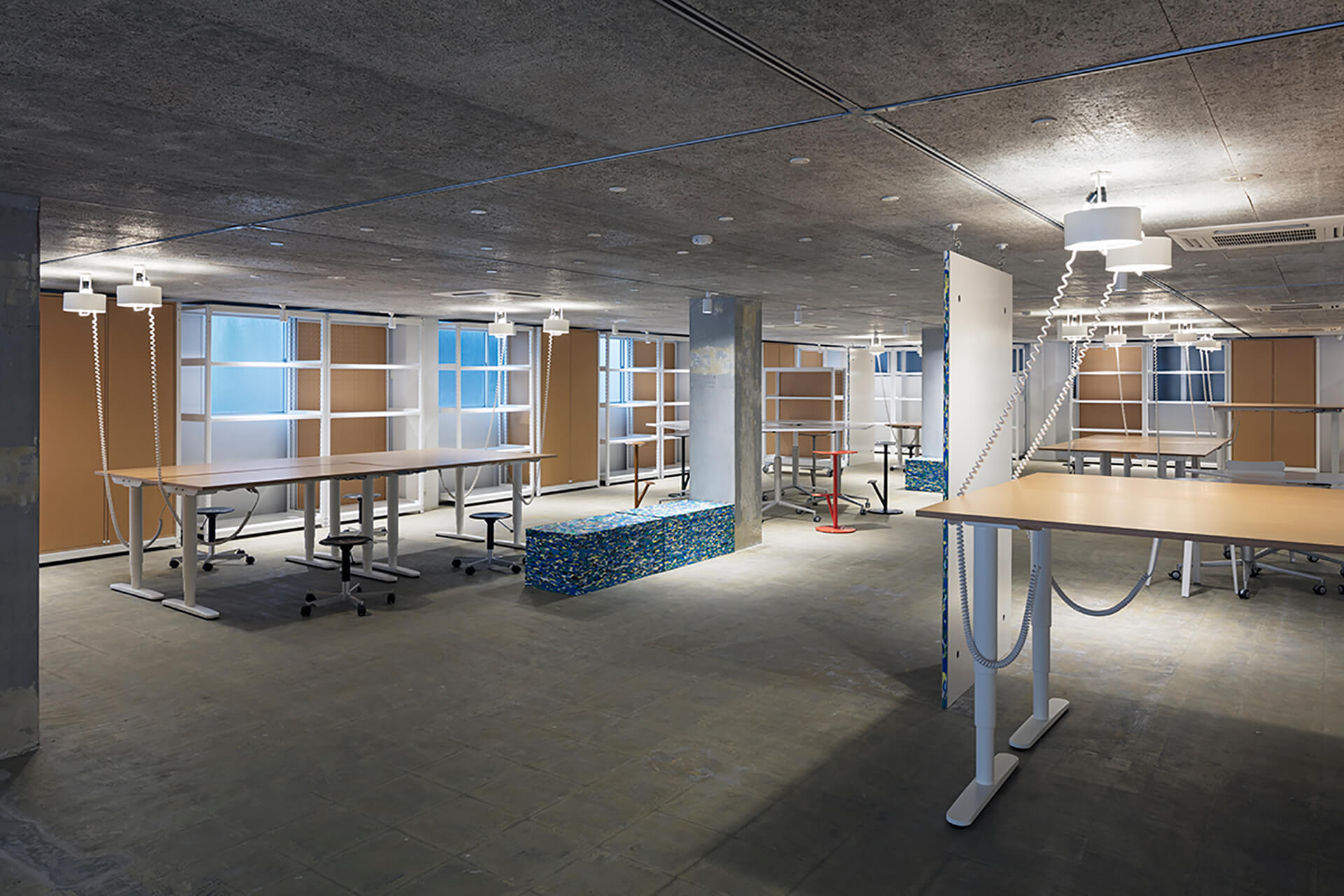 Indeed, the focus in 'Garage' is on vertical movement, with height-adjustable tables for sitting or standing to invite flexibility in more ways than one.

On the third floor, ‘Loft’ is a lounge area and event venue that can accommodate up to 100 people. Nagasaka keeps it simple with lightweight sponge tables and easily assembled furniture pieces, ready to respond to the changing needs of the space. 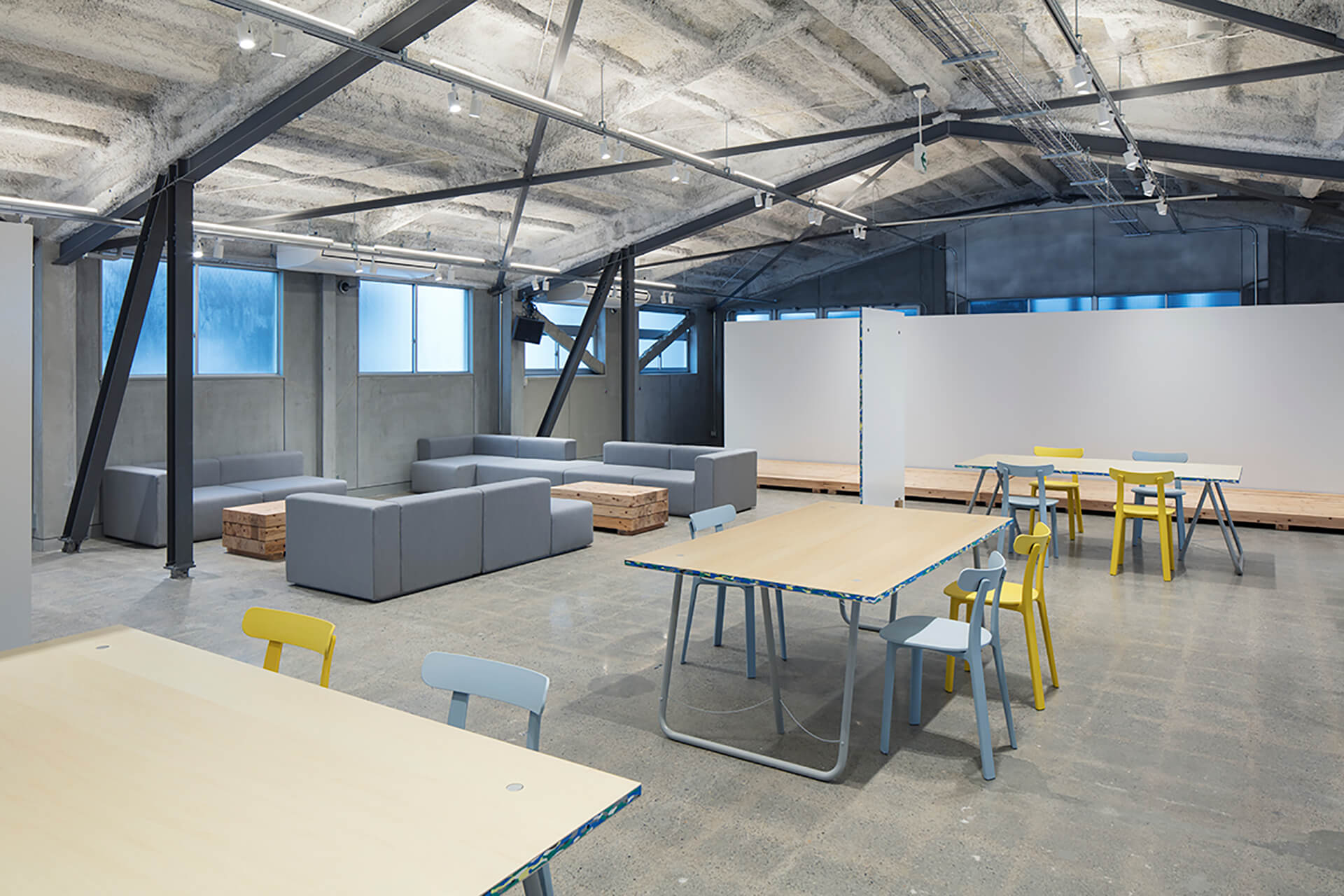