In 2019, a labyrinth-like structure emerged in Beijing, a sculptural building with a length of 50+ m, height of five m and width of less than nine m. A travelling multimedia exhibition space, the Mandalas Pop-up Digital Art Museum was intentionally built to surprise – past its illusive windowless façade and double-nested entrance space, visitors are taken through immersive areas highlighting Himalayan art and culture. One Take Architects conceived the museum to ‘create new relationships between people and space’, says a spokesperson.

The museum is true to its name: six golden corner ‘blocks’ that comprise the Mandalas pop-up are able to be split and reorganized into a dkyil-‘khor, meaning an ‘inner palace’ or ‘Buddha realm’ in Chinese Buddhism [‘mandala’ in English]. Its exterior functions as a sort of public urban space, with staggered steps implemented for people to relax or climb on. In all respects the architects aimed to create a visual contrast with the city environment – the pop-up’s graphic façade takes inspiration from the skylines of Namcha Barwa, a mountain in the Tibetan Himalaya. 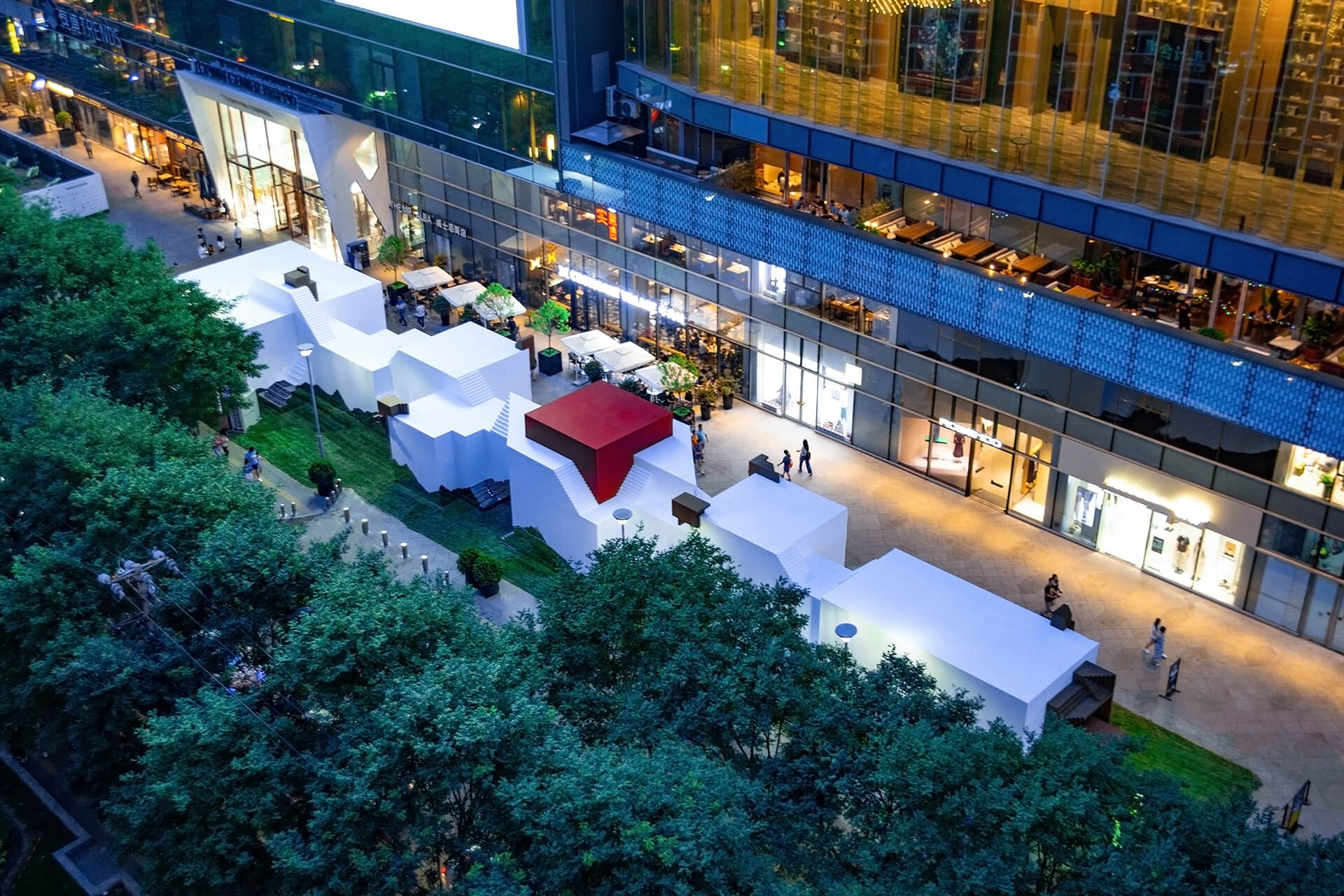 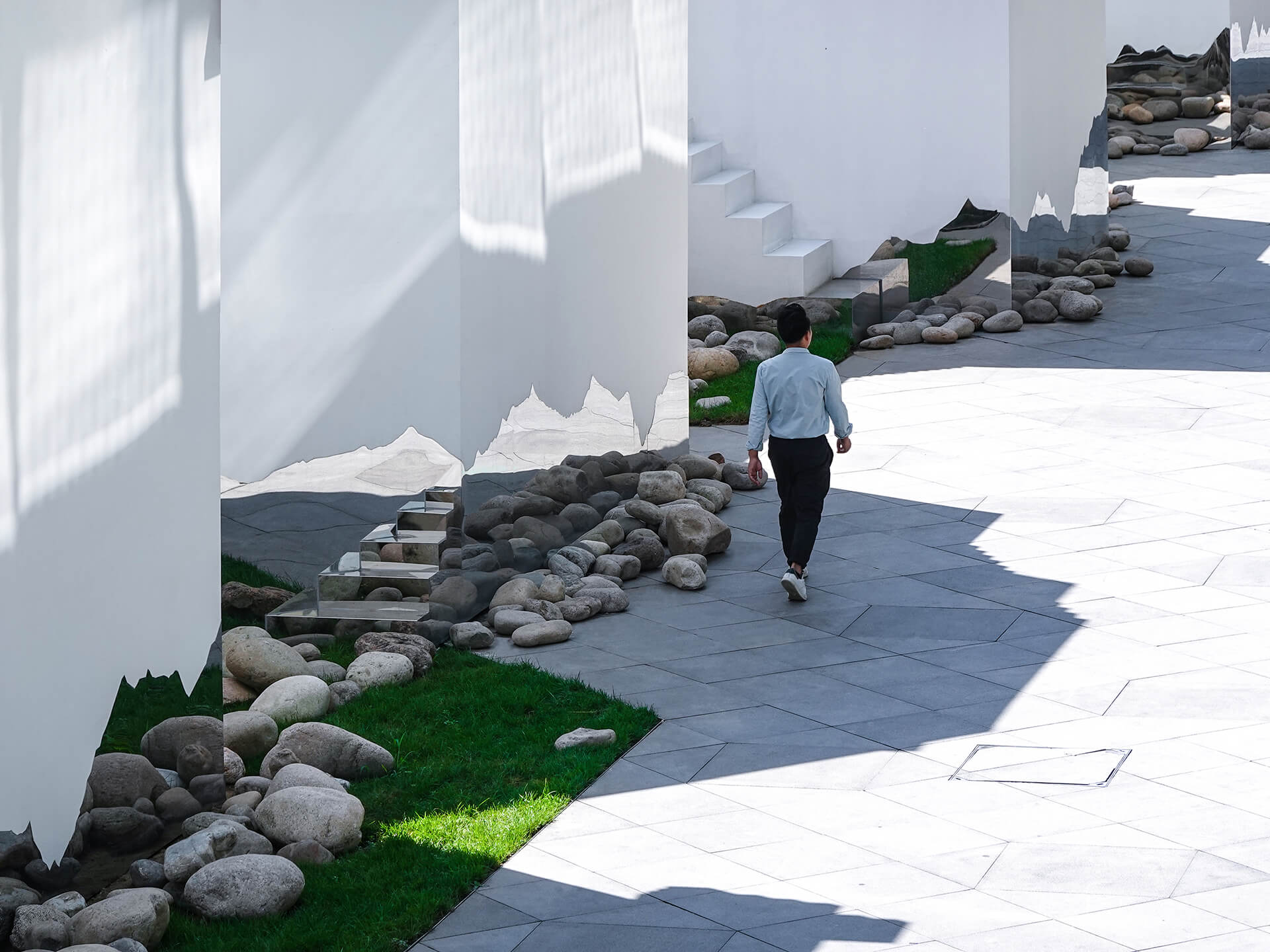 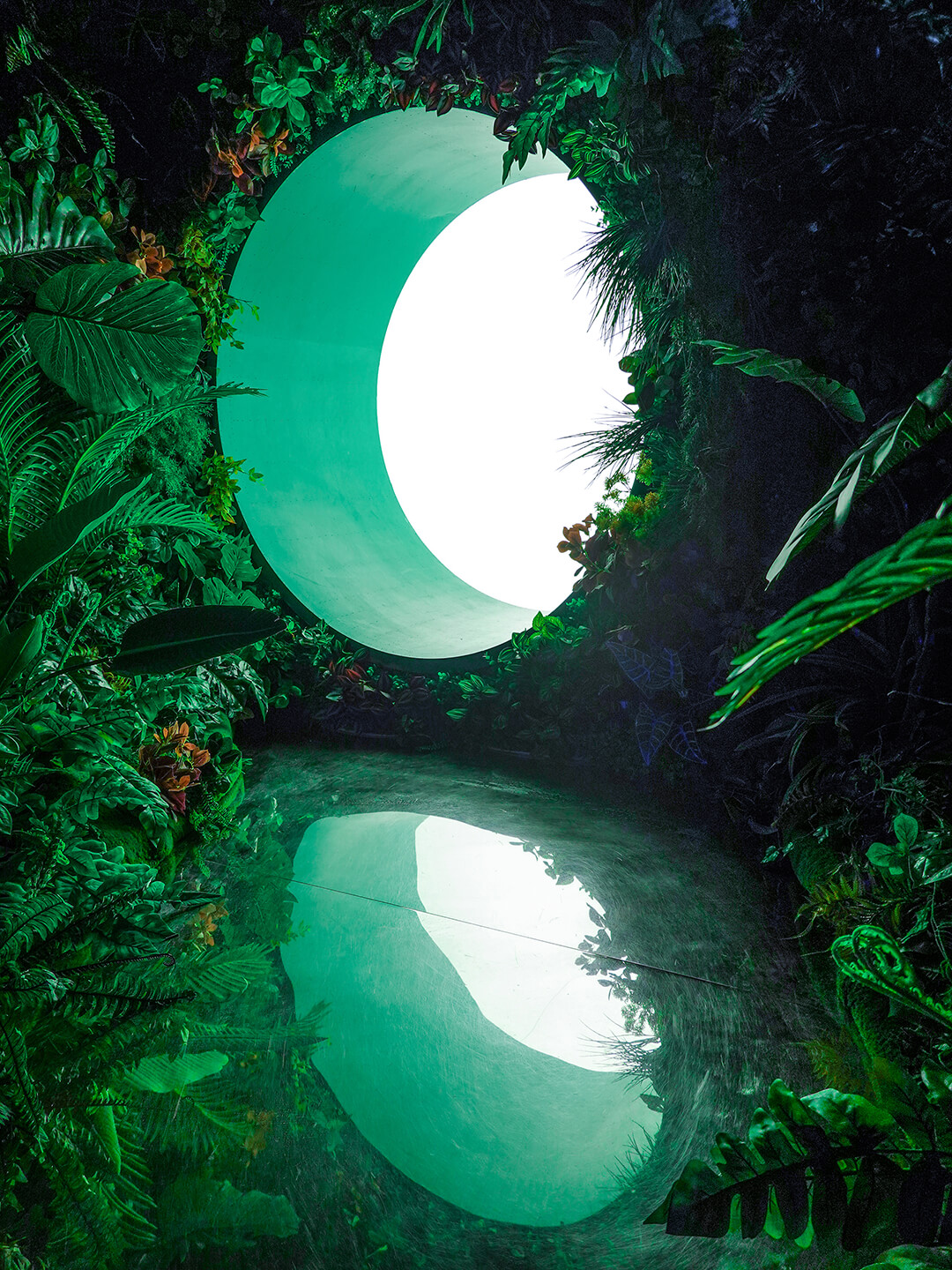 Intermittently shrouded in darkness, the exhibition space uses changing lights and colour shades to guide the visitor. Mirrored metals, rough, exposed mountain stones and Galsang flowers from the Qinghai-Tibet Plateau are implemented throughout the interior. According to the architect, the decision to use these natural elements is not meant to ‘create imagery that causes alienation from cities,’ but instead, ‘these stones and flowers form a path that links urban reality with Himalayan mystery.’

The architects liken the experience of being inside the pop-up museum to ‘walking in a garden, where each person discovers their own path’.