The year 1954 was an important one for fashion designer Pierre Cardin. It marked the opening of his first boutique for women, in Paris. His impact on the fashion community, though, had already made its way abroad: Cardin’s bubble-silhouette dresses were taking off amongst trendy female cocktailers everywhere, remaining in popularity until the 1960s.

That longevity speaks to Cardin’s eye for the avant-garde, one not limited to garments. Bubbles followed him into spaces: in the early ’90s, he became the owner of Antti Lovag’s Le Palais Bulles, a spherical architectural feat near Cannes. The residence provided apt inspiration for Virginie Moriette and Xu Ming of Studio MVW during their recent design of a Pierre Cardin Home showroom in Shanghai; the 500-sq-m space nods to the motif, with rounded shapes aplenty. 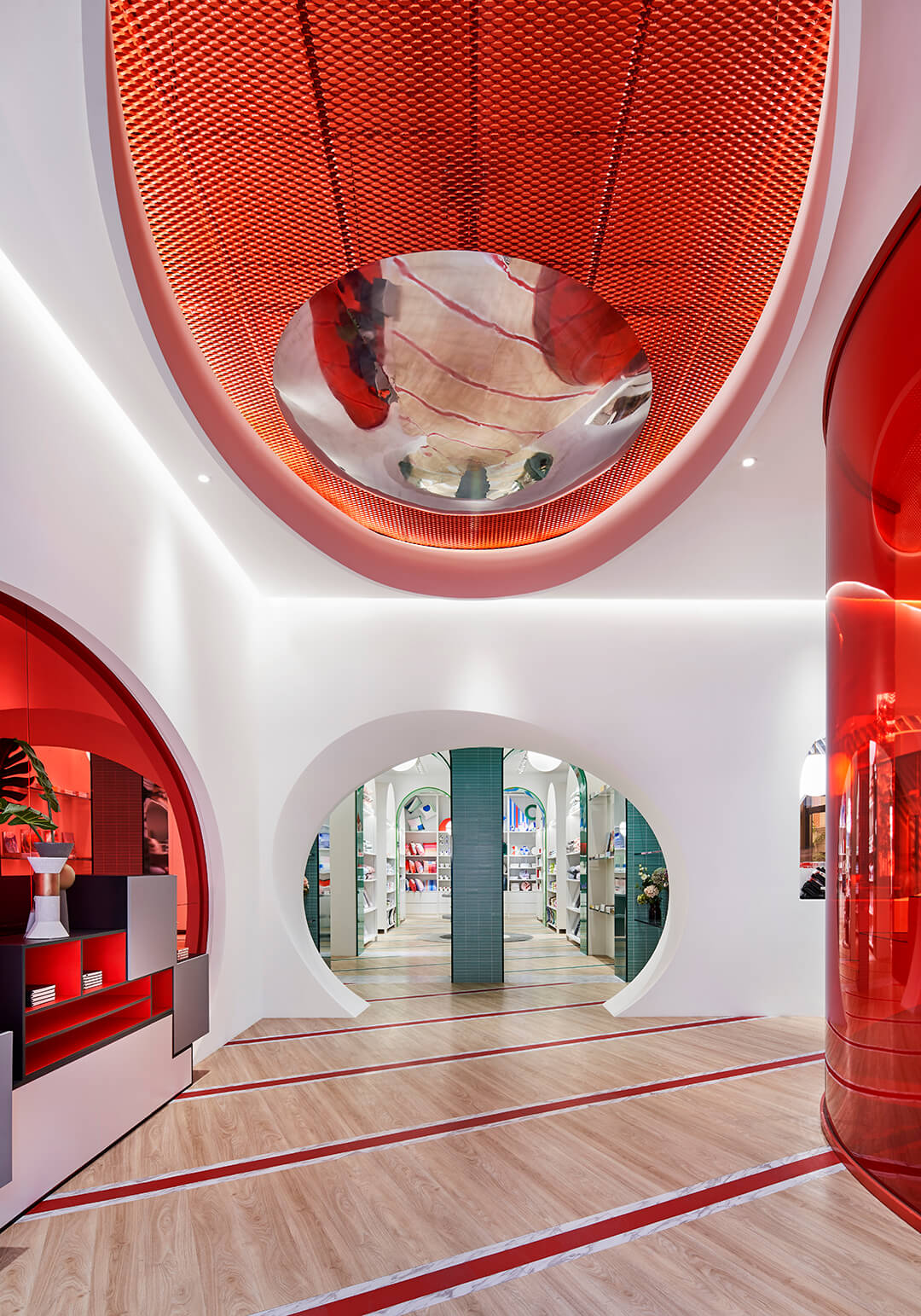 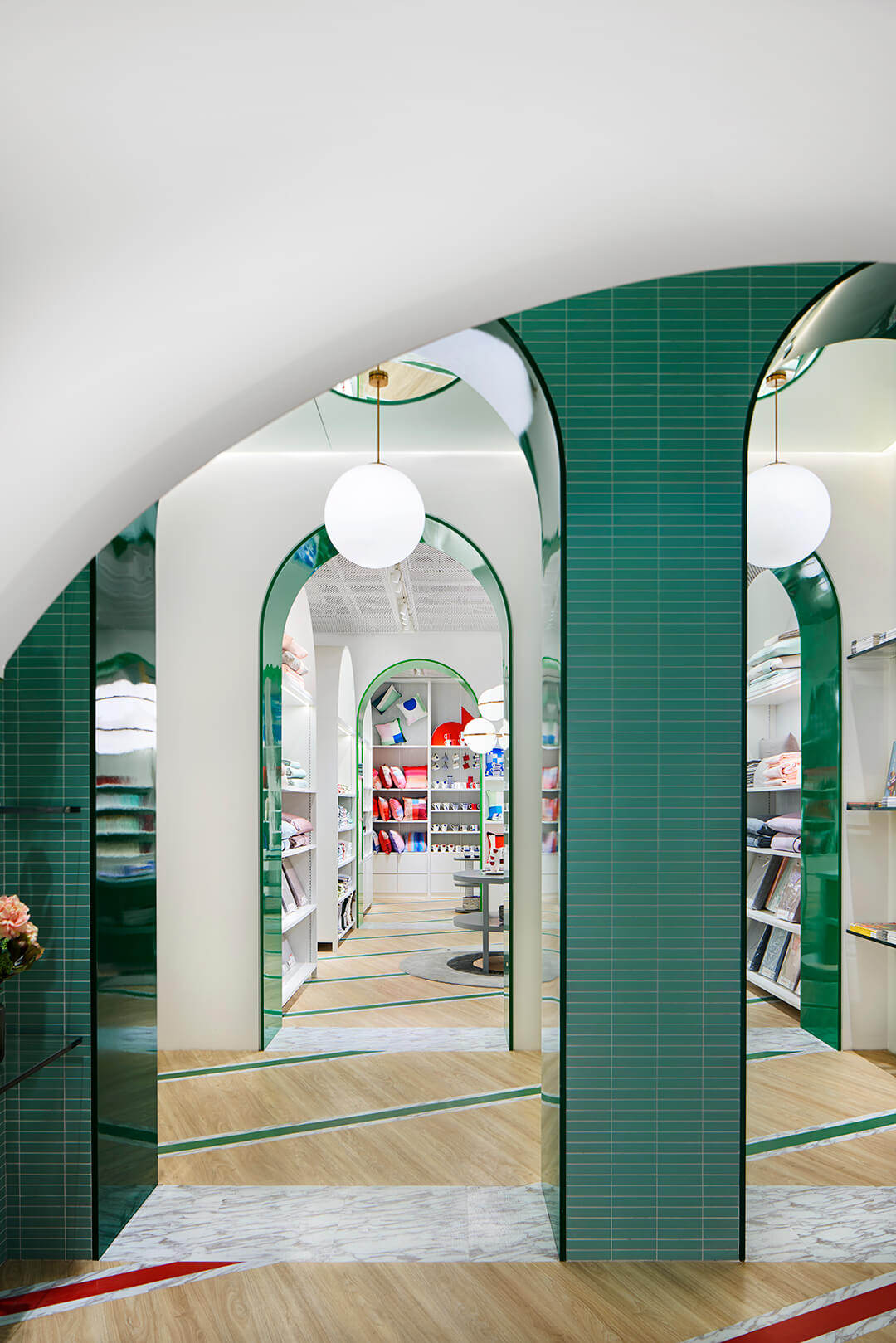 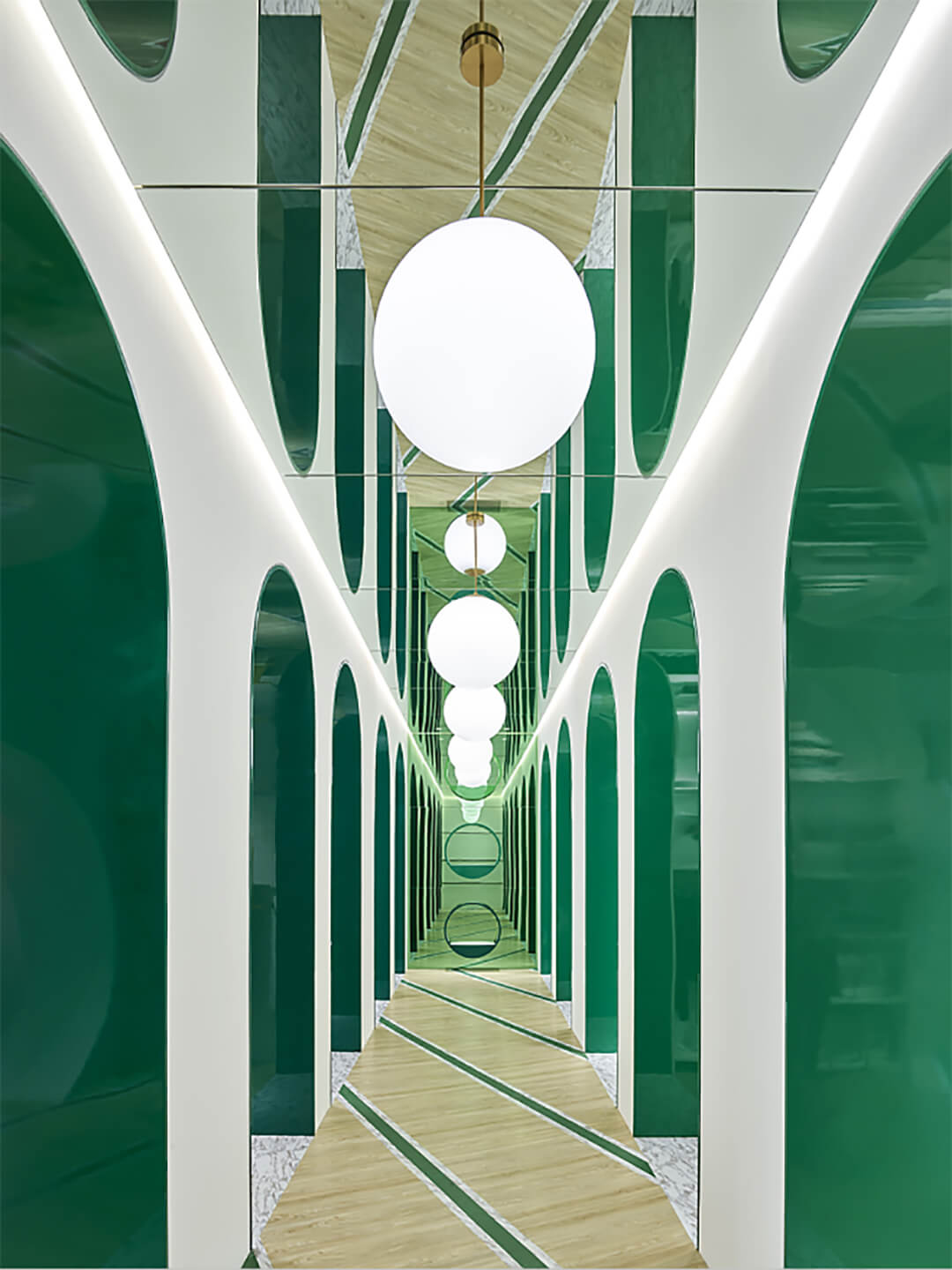 Moriette and Ming pay homage to more than one symbol of Cardin’s career, though. The shade of green used in the homewares showroom comes from the interior of the designer’s first, still standing in Paris’s Rue du Faubourg Saint-Honoré. A series of white archways with reflective, verdant lacquered panels comprise the space’s central corridor. Underfoot lies traditional French wooden flooring, inset with diagonal green and red lines for dynamic effect. Three bedrooms, three merchandise rooms and three meeting rooms – as well as a marble-and-brass bar – make up the showroom.

Studio MVW did its referential homework down to the furniture: the custom pieces developed by Moriette and Ming take cues from Sculptures Utilitaires, a ’70s-era series of geometric sculptures that demonstrate Cardin’s experimental range as a designer.

Shanghai’s Pierre Cardin Home showroom has been submitted to the spatial design competition of the year – Frame Awards 2020 – for the distinction of Single-Brand Store of the Year. Stay up-to-date on the project’s progress or submit your own best work for consideration here.