‘People are so used to working indoors, but it’s not natural,’ said Joost Baks, one of four founding partners at Amsterdam studio Space Encounters. ‘Studies show that we work best outdoors, en plein air.’ The outfit took the theory to heart for the Amsterdam office and showroom of pushchair brand Joolz, after the latter moved from a historic canal house in the city centre to a former machine factory in up-and-coming industrial area Amsterdam Noord.

The fast-growing company’s 1,600-sq-m space isn’t subdivided by standard partition walls or modular screens but by a living, breathing rainforest. Workstations, all fitted with furniture from Dutch brand Lensvelt, are offset by a trio of lush greenhouses – or ‘jungles,’ as the designers call them – which double as concentration zones and meeting rooms, offering employees something, ahem, outside their daily routines. 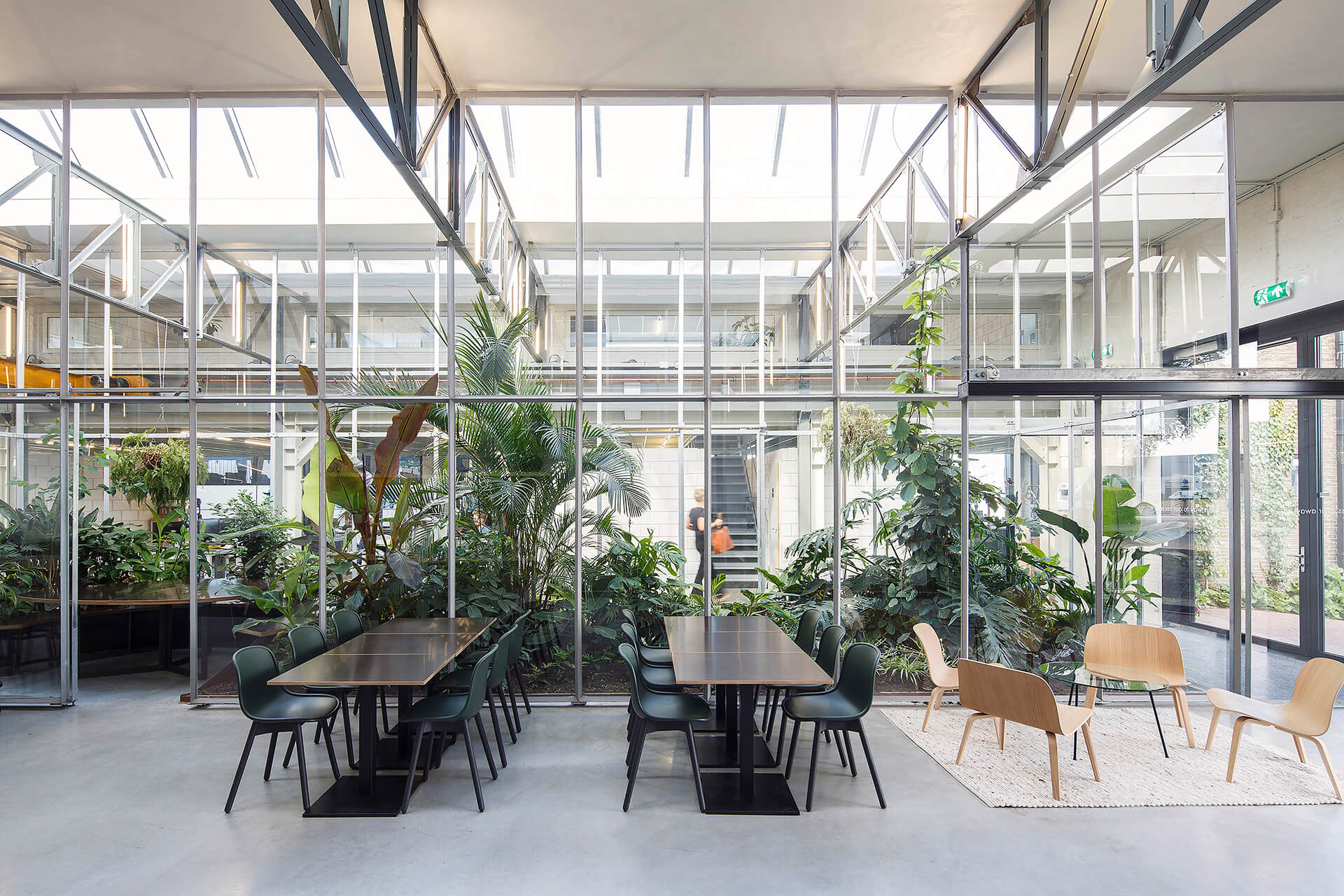 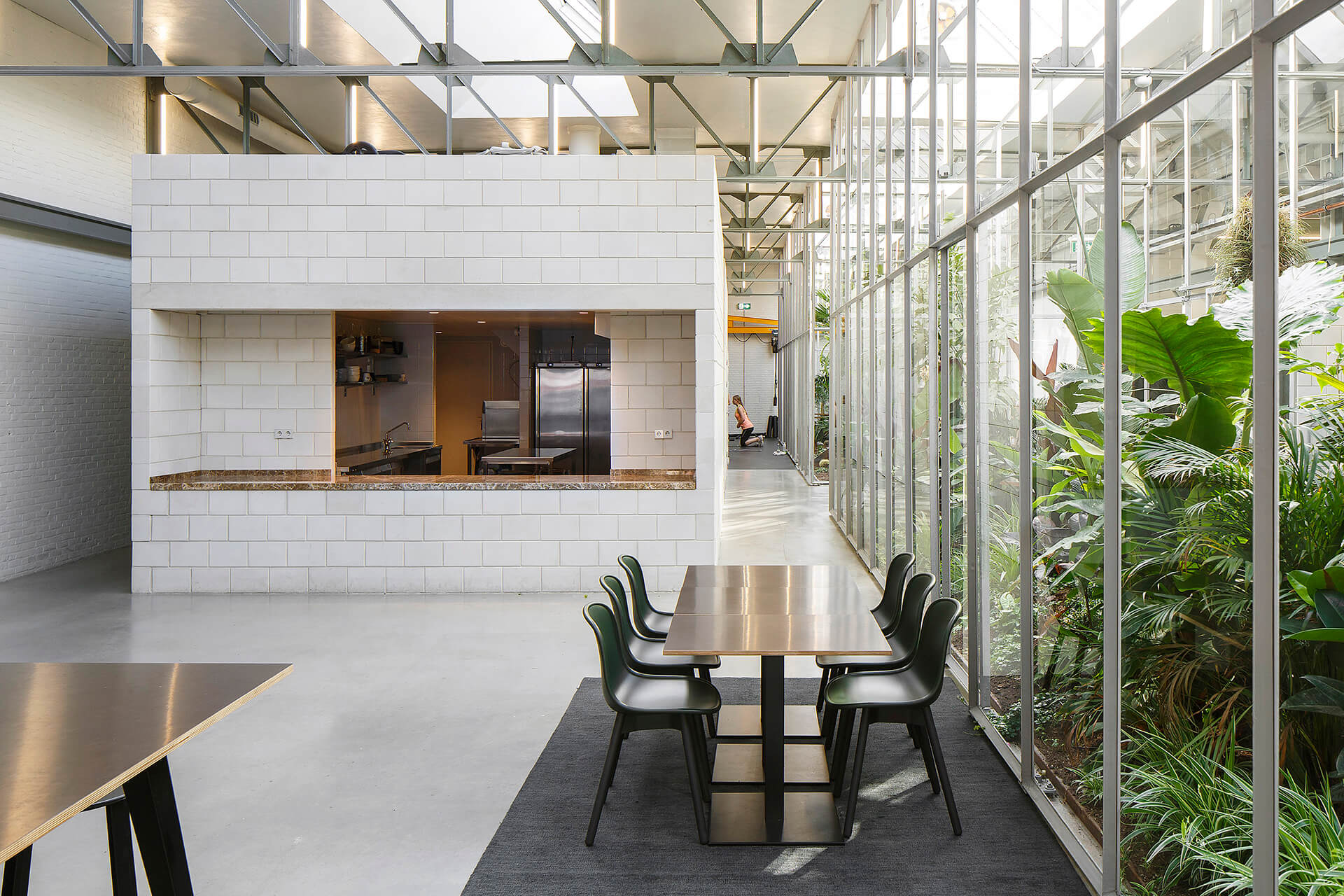 Informed by the factory’s original industrial fabric, the team repurposed existing skylights. Supporting each glazed enclosure is a steel structure, a reference to the exposed beams that span the length of the two-storey space. Small openings provide a clean source of ventilation, filling the interiors with a continuous flow of fresh air.

We kept telling the landscapers to add more, to make the jungles bigger

Created in collaboration with local landscape architects GrownDownTown, the glasshoused courtyards, each of which is approximately 30 x 3.5 meters, took just two months to flourish into the sylvan sanctuaries that stand today. 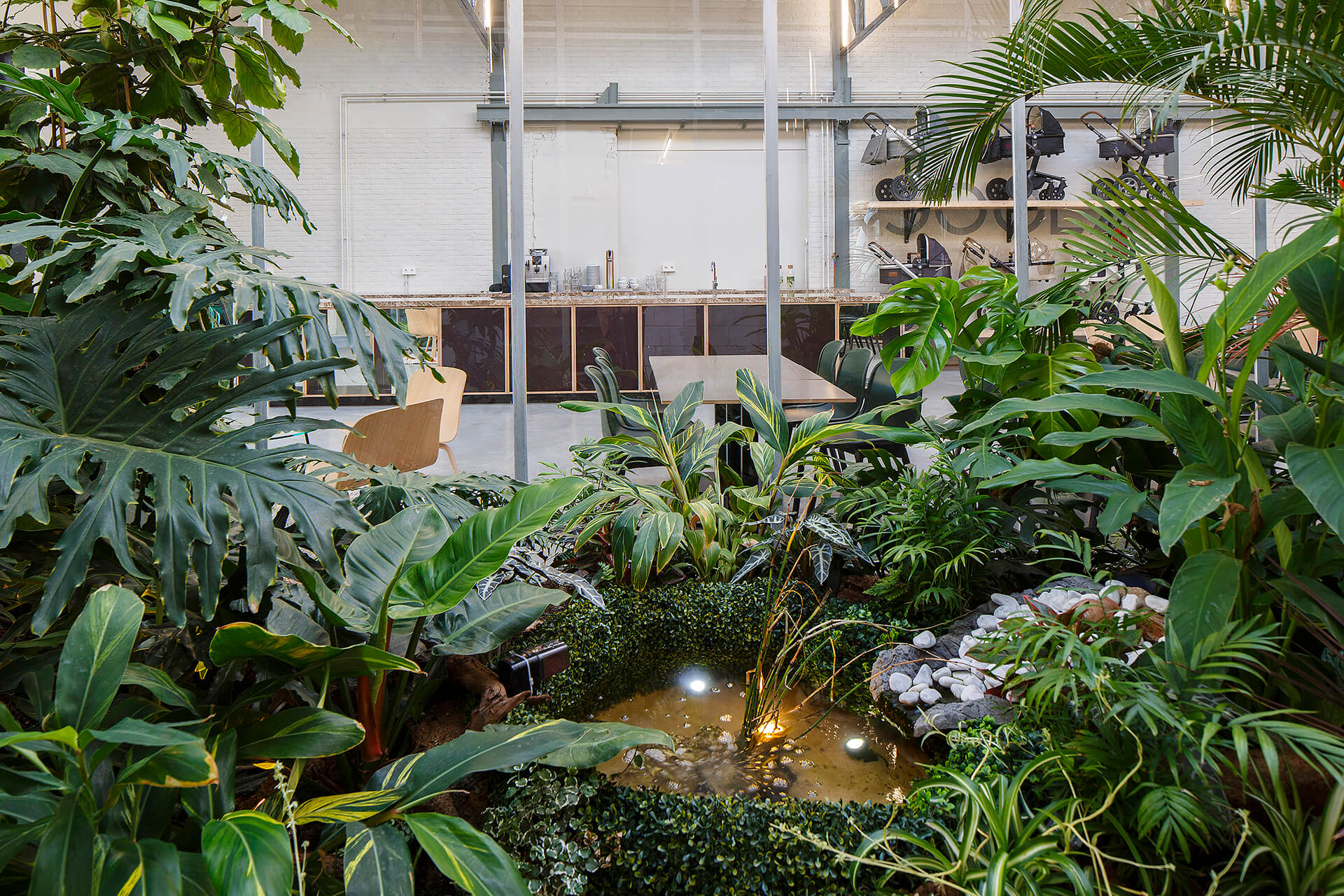 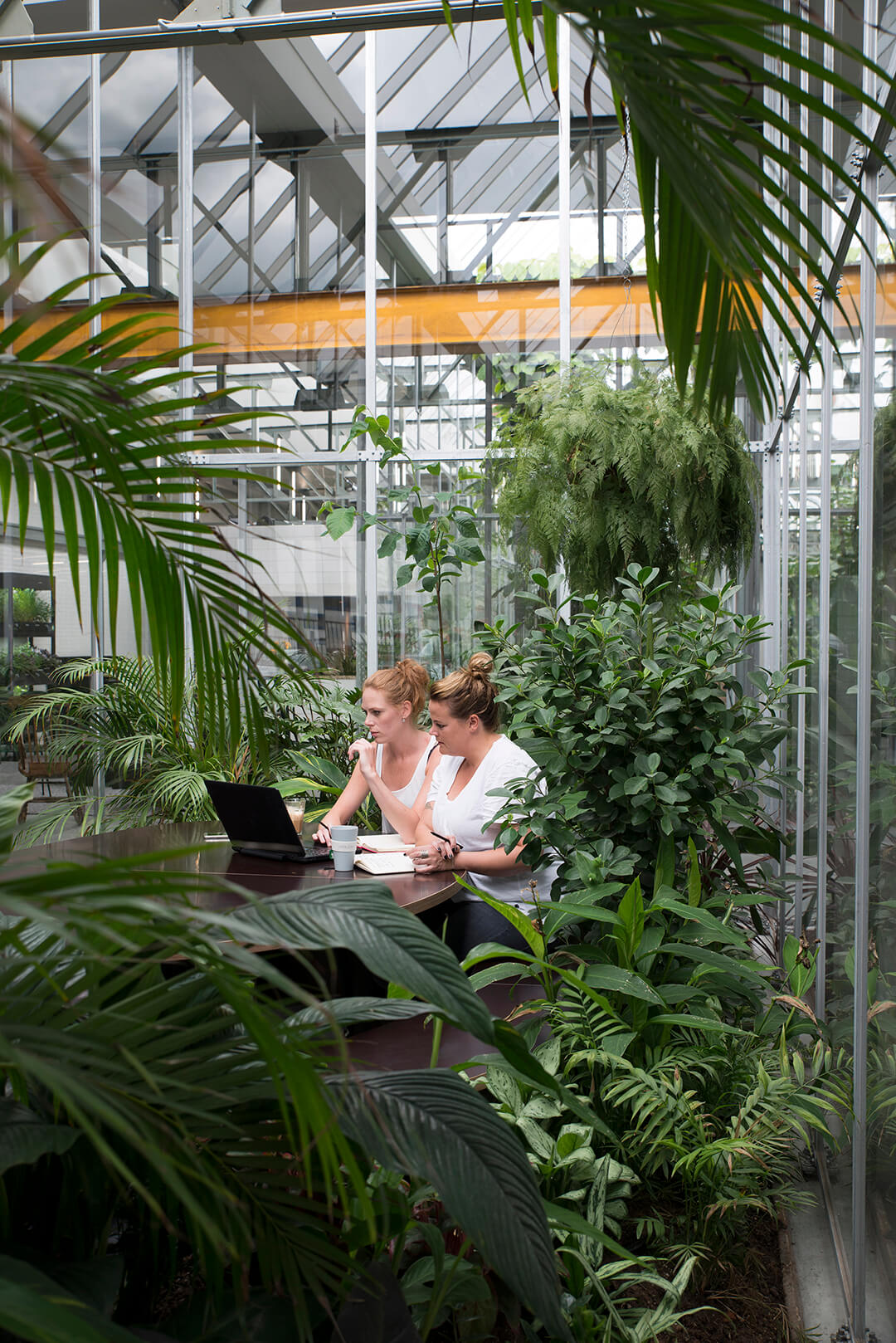 ‘We were a bit worried at first,’ said Remi Versteeg, another Space Encounters partner. ‘We weren't sure the jungles would have the impact we envisioned. We kept telling the landscapers to add more, to make them bigger.’

Upon the project’s completion, a surprising social experiment ensued. The greenhouses may have taken some time to catch on, but apparently there are now queues to get inside. ‘The staff weren’t keen on using them at first,’ said Versteeg. ‘But now employees have to sign up in advance to get a spot.’

This piece was originally featured on Frame 117. You can purchase a copy here.