Local architecture studio Space Encounters brings modernity to an old building without erasing its multifaceted history. Following the interview with architect and founding partner Remi Versteeg in Frame 119, we sit down again to discuss the dynamic new office for tech company Lightspeed and how the firm found harmony between past and present. 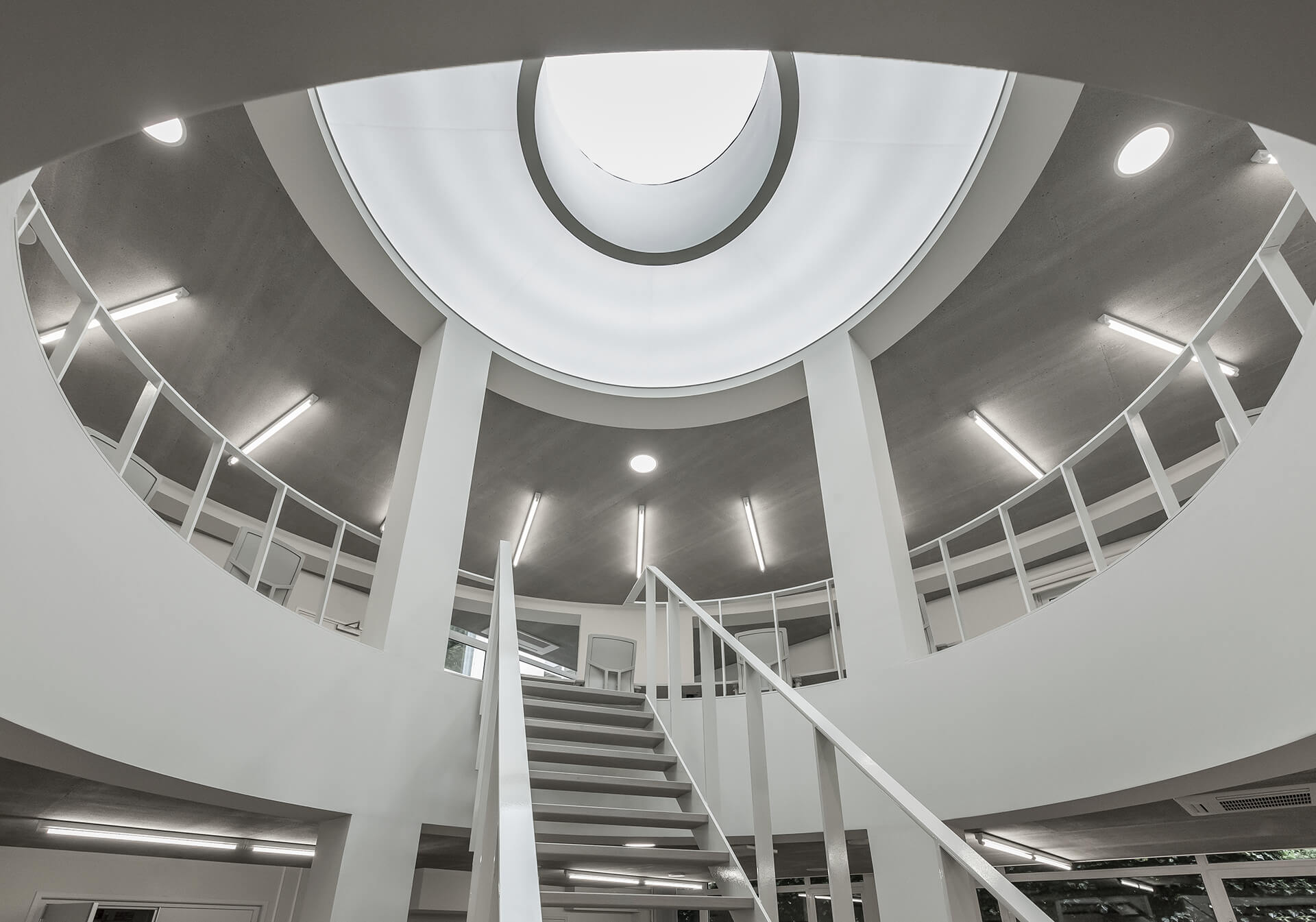 What was your starting point for the concept?
Lightspeed’s new office is located along a part of Amsterdam’s canal belt that originates from the early 17th century. The building has been demolished, expanded, mutilated, and renovated ever since, resulting in a fascinating multilayered structure.

The building consisted of roughly three parts: the more-or-less original front part, the former cotton factory at the end of the garden that was added in the 1930s, and the middle section – basically two big spaces stacked on top of each other. This [middle] part was the least characteristic – and also of questionable quality – since it consisted of dark spaces, with relatively low ceilings, added in 1960. 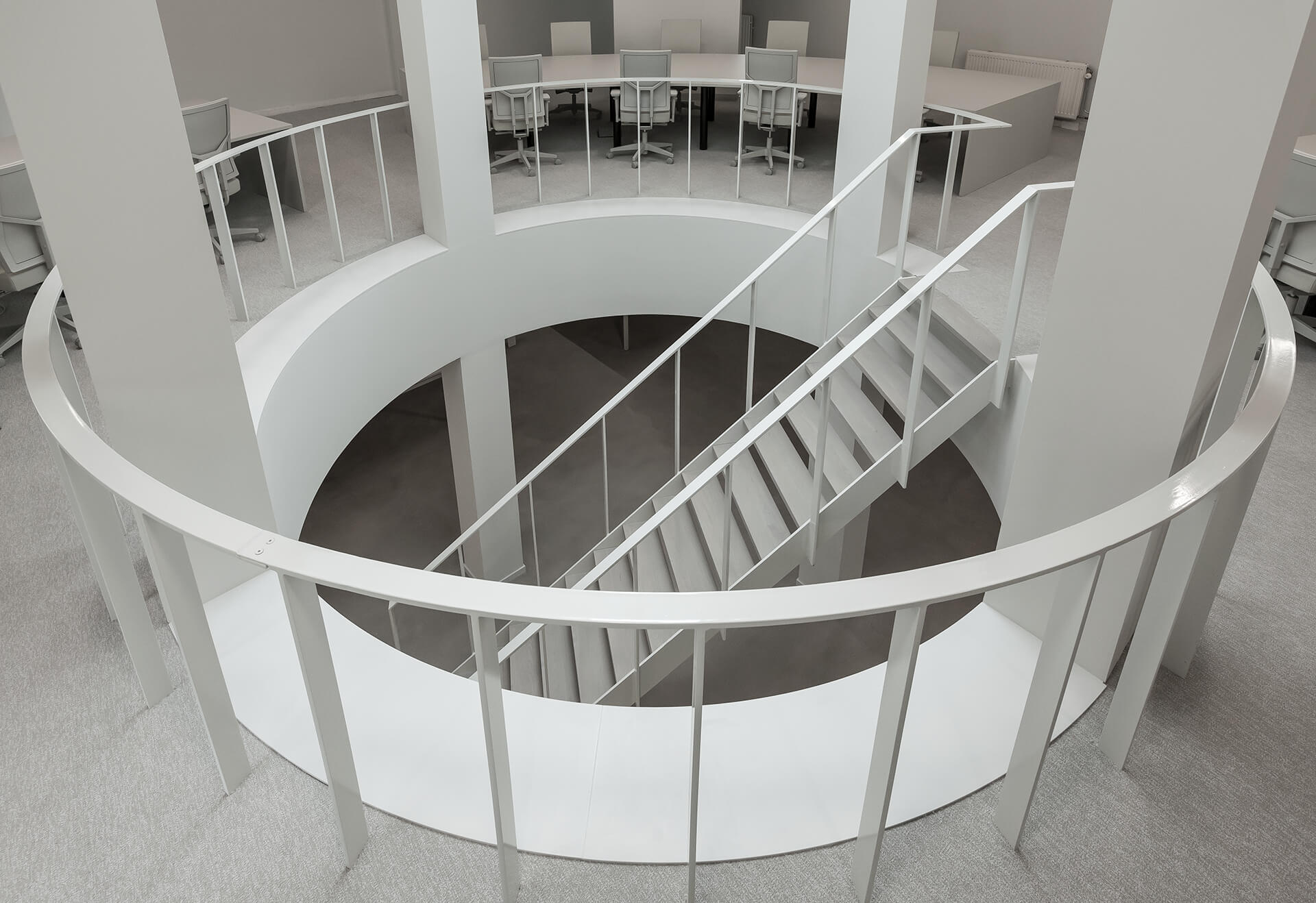 How did this jigsaw puzzle of history inform the design?
We just exaggerated the qualities of the three sections: in the first, we restored the original room layout to create spaces for all the different departments, like legal, accounting, HR, and so on. The original room sizes turned out to be a perfect fit for teamworking. All the new walls were designed in another material, to clearly mark the difference between the building’s history and its new additions.

The former factory space became a large, flexible area which can accommodate up to 200 people for parties, company lunches, and big events. In the middle we put the company’s biggest (and loudest) departments: the sales, marketing, and support teams. 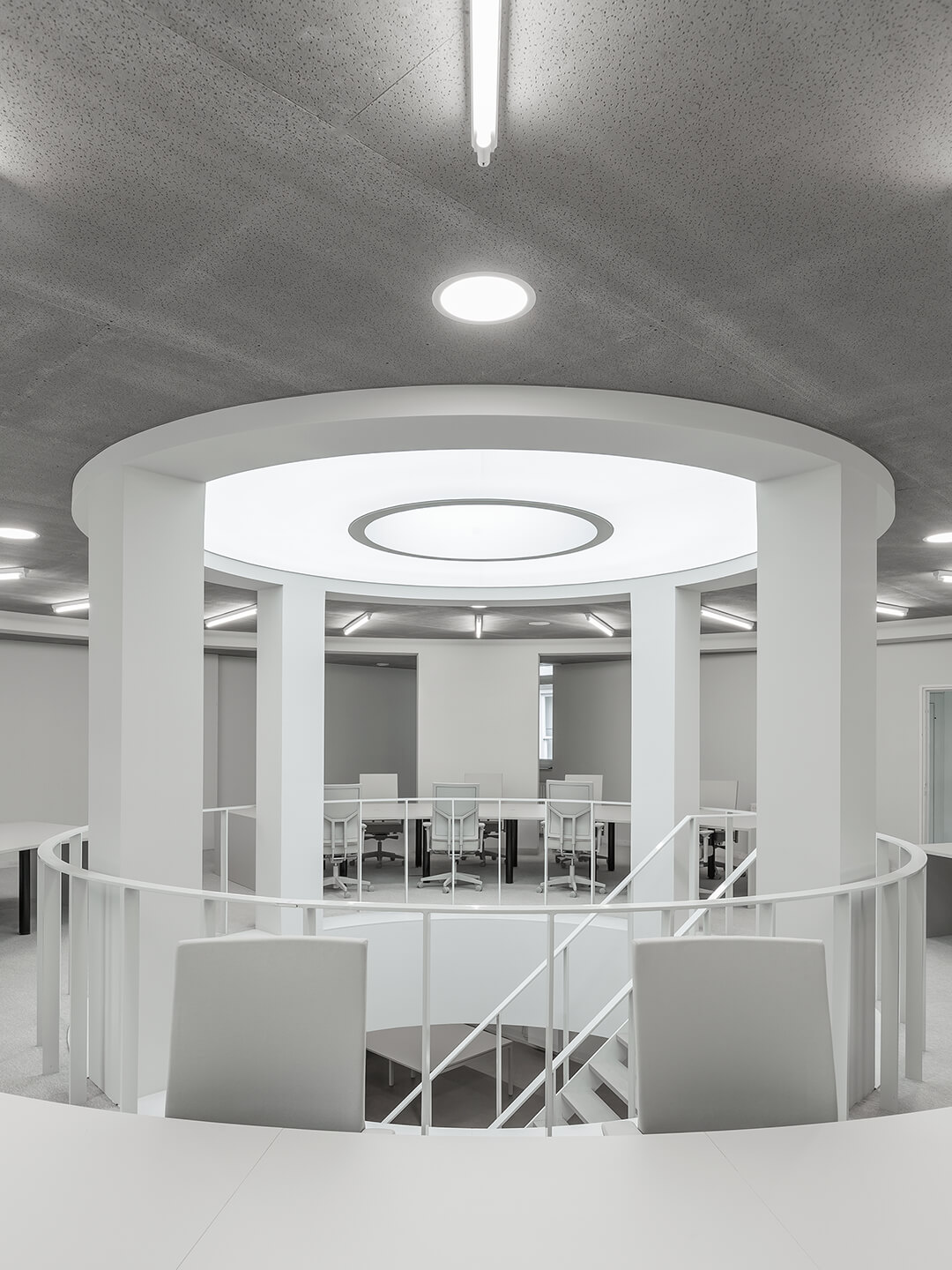 To what extent did you introduce new elements to the building?
To improve the quality of the space, we created a round skylight and a hole through the floor, so light reaches deeper inside the building. The original 1650s building was a conservatory, hence the round shape.

Is there one design element you feel is most prominent in the space or makes the most impact?
This has to be the sales arena. Its agenda is the most outspoken, and the space is a reflection of this. We wanted to create a kind of arena where they could go to war. The round shape helps create a competitive environment – which the sales team asked for – because everyone can see each other. We wouldn’t have made such a savage work area except by request! The leftover spaces between the circle and the square are used to escape this hectic environment and provide a bit of calm. 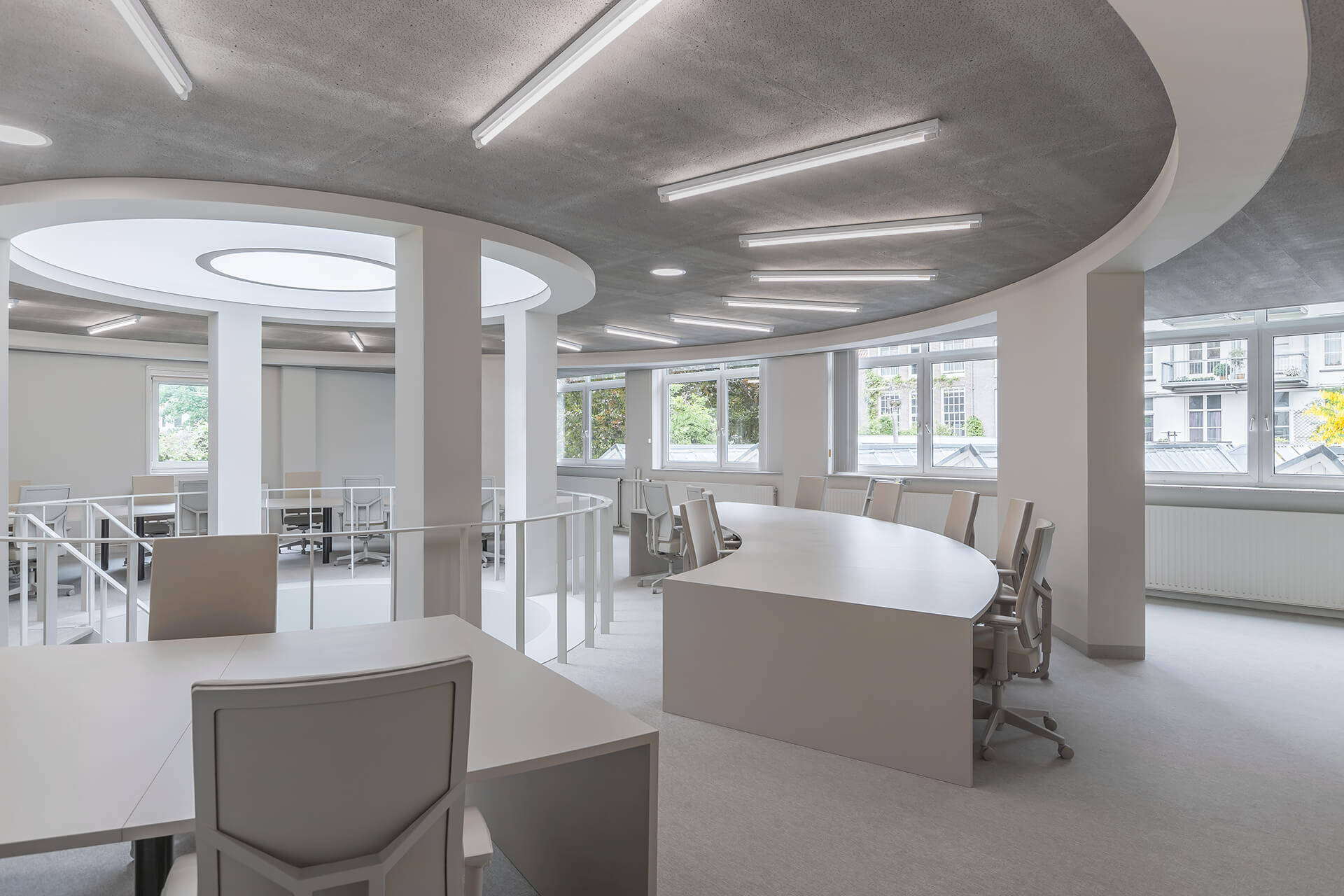 Overall, what was the goal of the project?
In our projects we try to create something which is so extremely grounded in logic, that the result becomes distinctive again. Design by not designing. In this case, the path to that was very clear.

To read the interview with Remi Versteeg and see his other works, pick up a copy of Frame 119.