The historic department store on Boulevard Haussmann has been given a facelift that includes an immense new vertical space stretching from the lower ground to the ninth floor.

Founded in 1865 by Jules Jaluzot and Jean-Alfred Duclos, Printemps has had a long history of revolutionary design. Unfortunately, over the years, several fires have destroyed many of the building’s original architectural features, including a 42-m dome which was later restored by the founder’s grandson in 1972. 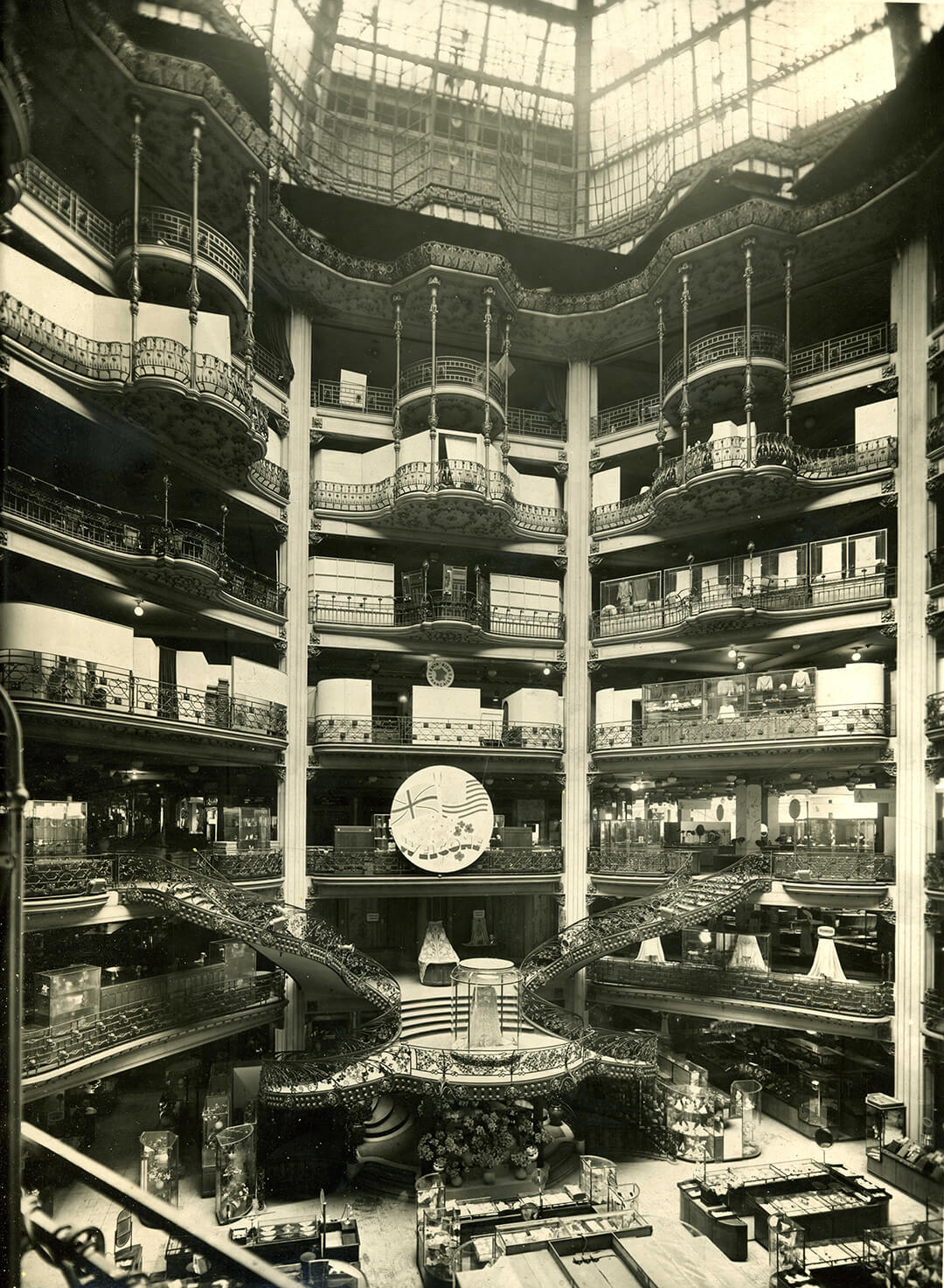 The Printemps Hausmann interior as it appeared in the 1920s. Image courtesy of Printemps.

Today, the reconstruction – produced by Yabu Pushelberg and designed by Toronto-based architects UUfie – introduces a stunning new atrium inspired by the luminous blossoms of spring as well as the Art-Nouveau dome and façade, which are registered historic monuments. The architectural objective of the atrium was to present all levels of the store at a glance. To achieve this, the concept of a vertical dome reminiscent of the store’s iconic 1894 stained-glass domes was applied as a sort of veil at the heart of the building. 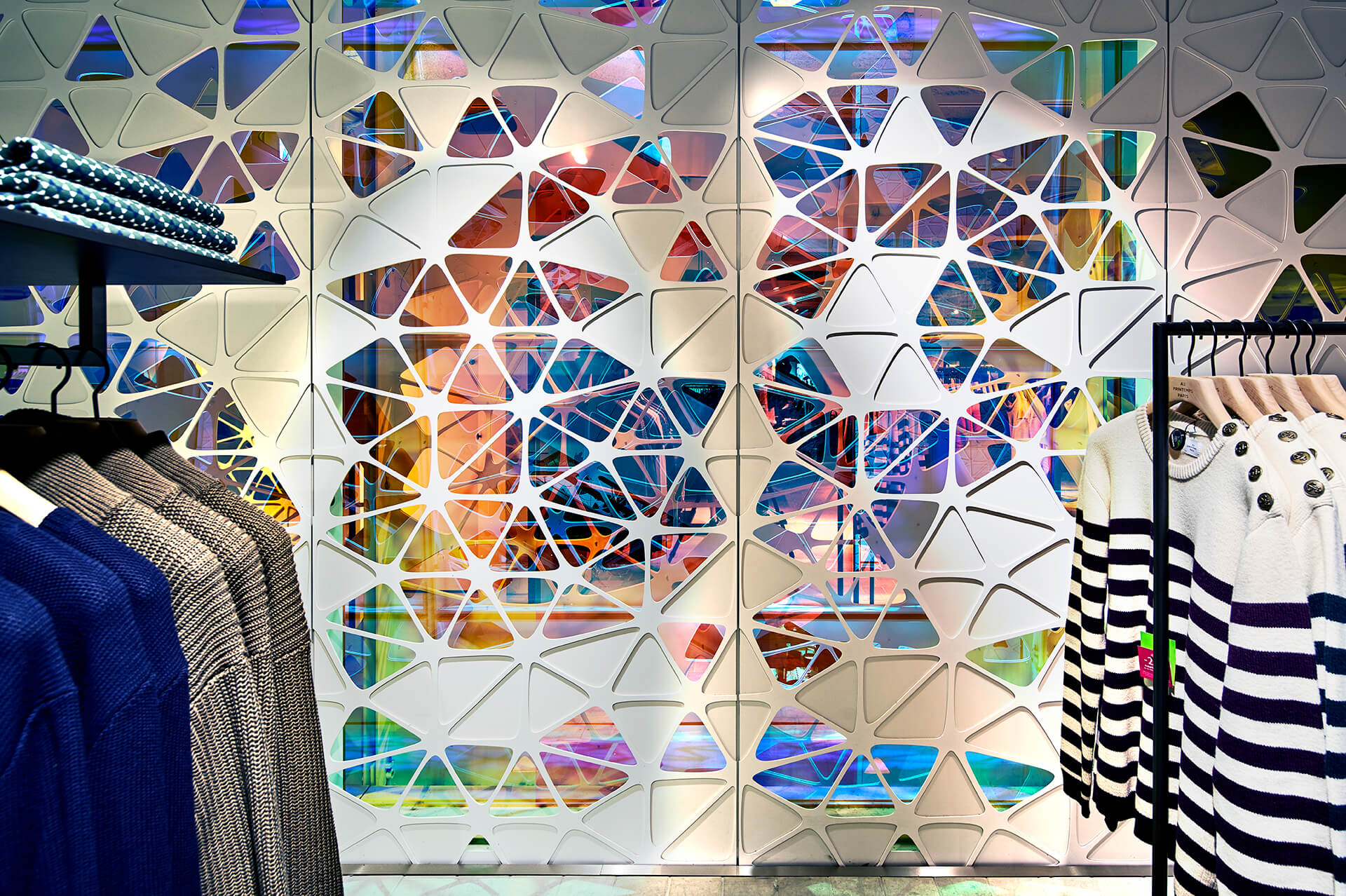 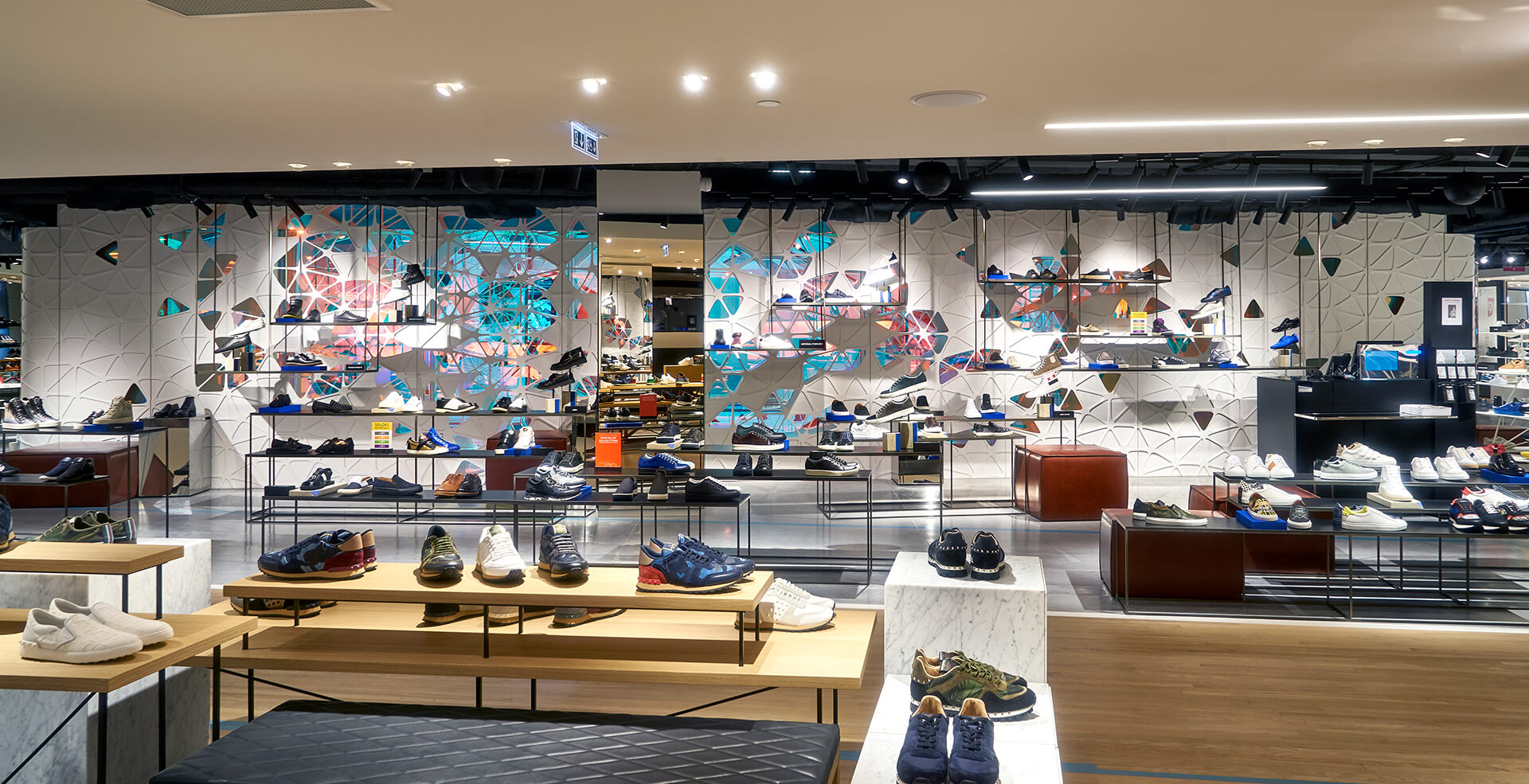 On the opposite side of the veil is a one-way mirror wall, which conceals 12 escalators. The vertical progression through the ten-storey building allows visitors to fully experience the expansive and otherworldly play of light and colour. Between the fourth and eighth floors, an opening in the one-way mirror wall allows for an unobstructed view of the veil. 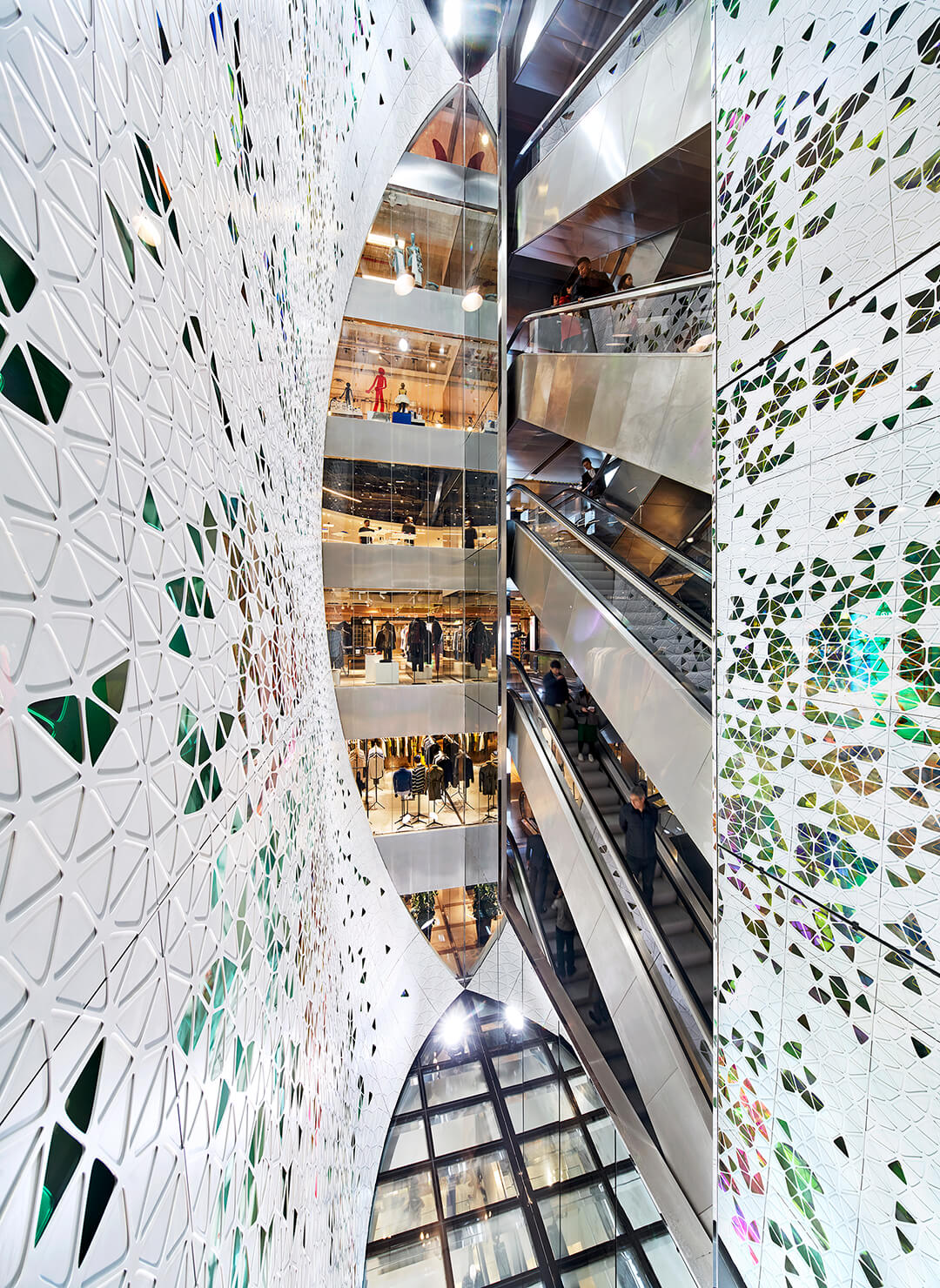 Negotiating the constraints of the existing architecture and the regulations of the fire department, the atrium serves as the new backbone of Printemps Haussmann, channelling the energy of the building’s history and the different retail concepts on each floor through an expressive spatial design. Spring has returned to Paris. 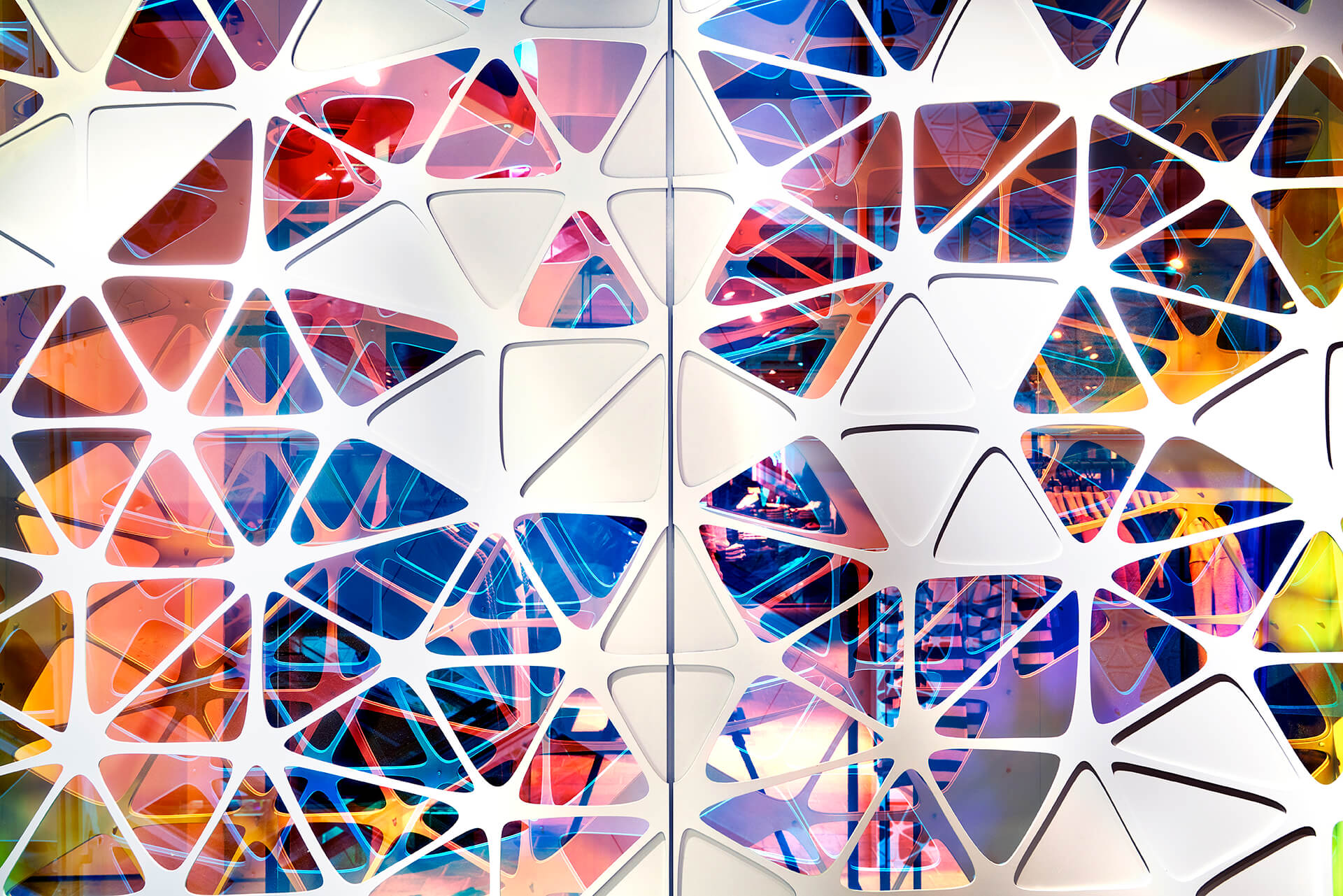