SARS-POTERIES – Modestly blended into the rural backdrop of northern France, MusVerre by W-Architectures connects the built and natural environments by almost diverting attention away from the building itself and opening up a dialogue with the surrounding land. The design of this new museum of contemporary glass, which opened its doors last month, addresses four core intentions: harmony with the site; responsibility towards public interest and knowledge; interior emphasis on the experience of a journey with scattered glimpses of the immediate landscape; and distinct organisation of exhibition areas in order for each artefact to hold its own significance within the collection. 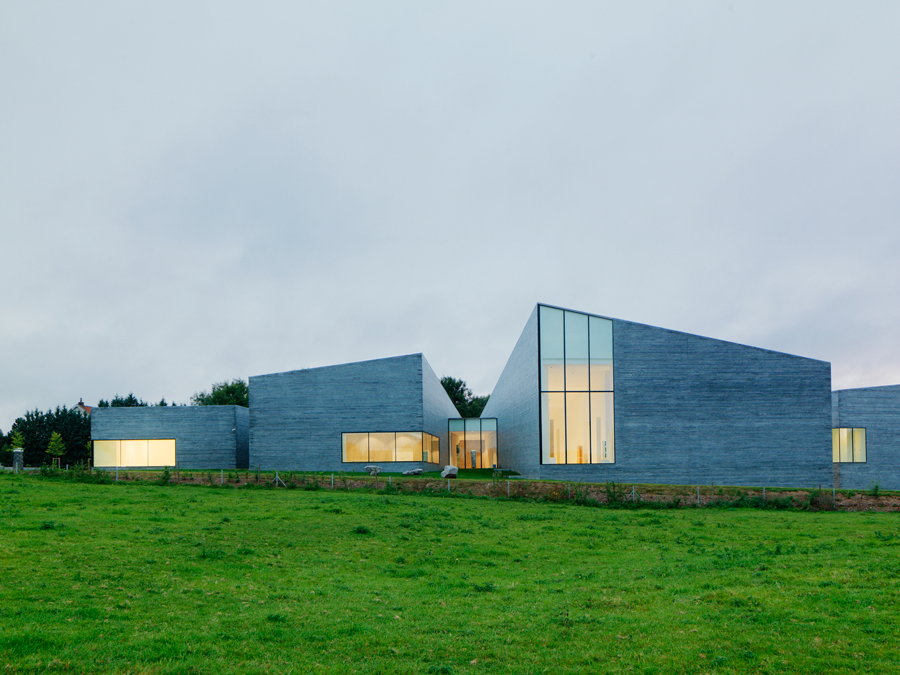 The project’s architect has paid careful attention to respect the natural landscape and describes the museum as being built of ‘volumes which are seemingly born of folds and creases and the moulding level of the land’. This creates an ultimately unassuming demeanour so as not to be a burden on the existing environment. The building’s programme fans out towards the east based upon the limitations set by hedgerows enclosing the site to the west. 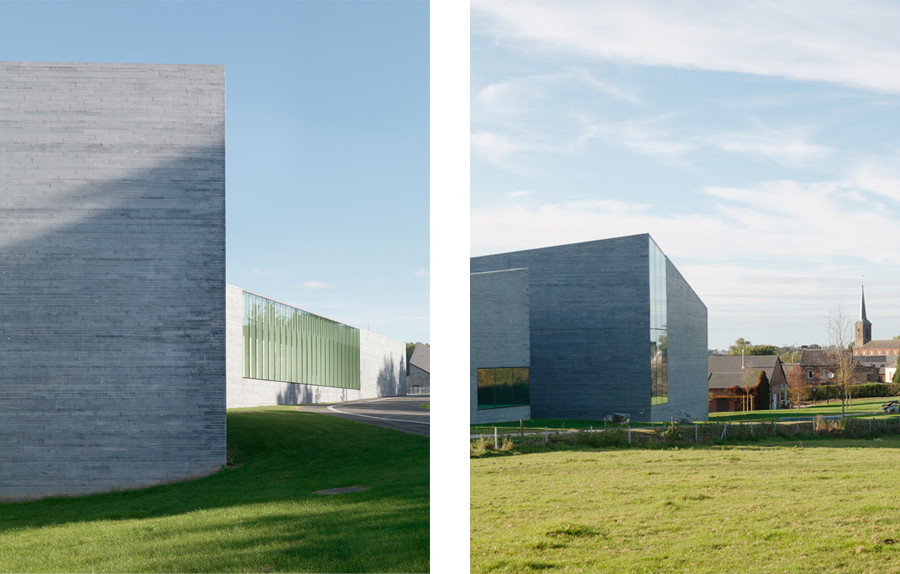 In contrast, the five individual volumes which come together to form the museum are almost too perfectly geometric, with straight edges and flat faces resembling cubes with sloped roofs. A single material of Hainaut stone – a compact limestone with a natural grey-blue colour from the nearby Belgian region of Soignies – neatly clads each elevation. While discreet, the stone’s fossilised surface adds a charming granite-like shimmer to the exterior surface. The simplicity of the material palette keeps the museum quiet, respectful and understated. Glazing is used only in the corners of each separate volume in order to further enforce the unnatural formation of angles.

The large-scale windows bring fluency to the project as a whole by visually tying the interior into the landscape as coherently as the rest of the project deliberately seeks to do. The freshly lit, open rooms allow each sculptural piece to present itself without context or expectation. Ample space is available to distribute the works simultaneously or independently, dependant on the theme. 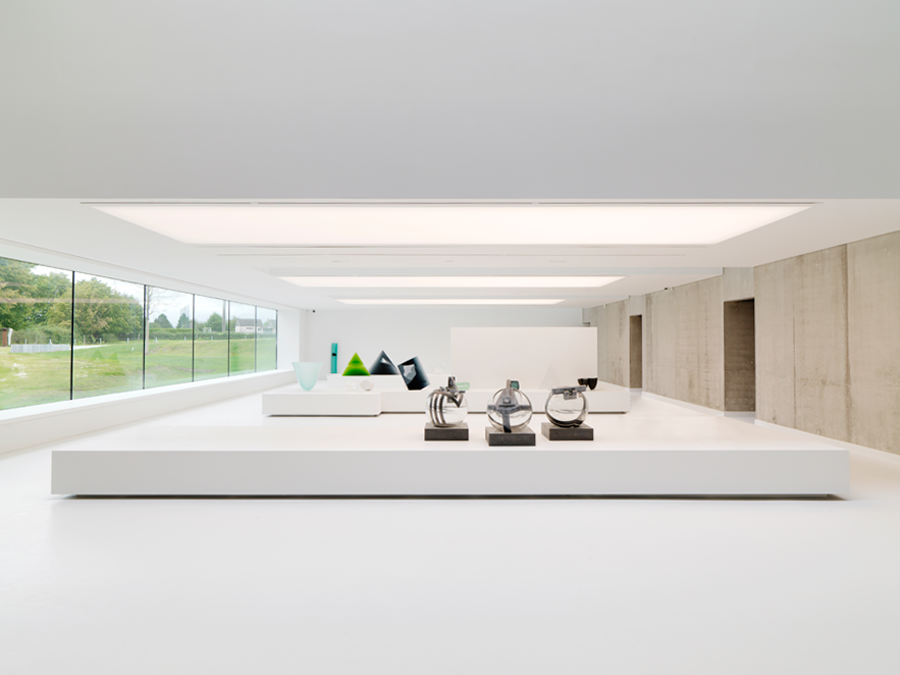 Linked rooms form a continuous journey through the interior galleries. Comprising permanent, temporary and dedicated contemporary exhibition halls, these key spaces have the benefit of increased natural lighting due to their exposure to the north and east. As an additional feature, the primary exhibition space can be used without the need to open the full building, allowing it to function as an individual space as well as in conjunction with the rest of the building. This gives the museum additional flexibility.