The site-specific show, called The Baker’s House, is part of a wider trend for studios and brands exhibiting new work in hidden architectural gems around the city over the past two editions of the festival – led by Japanese brand Ariake. 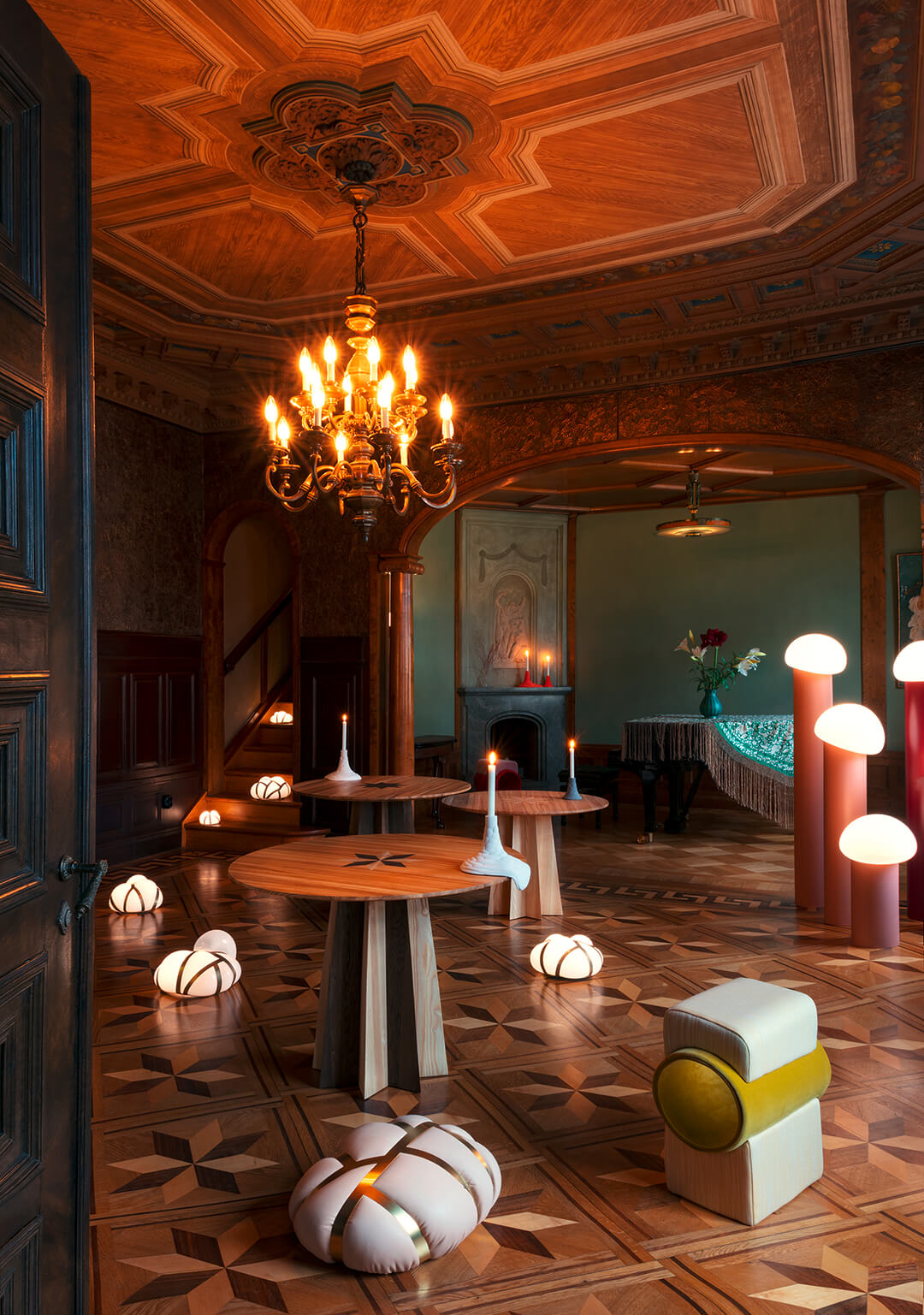 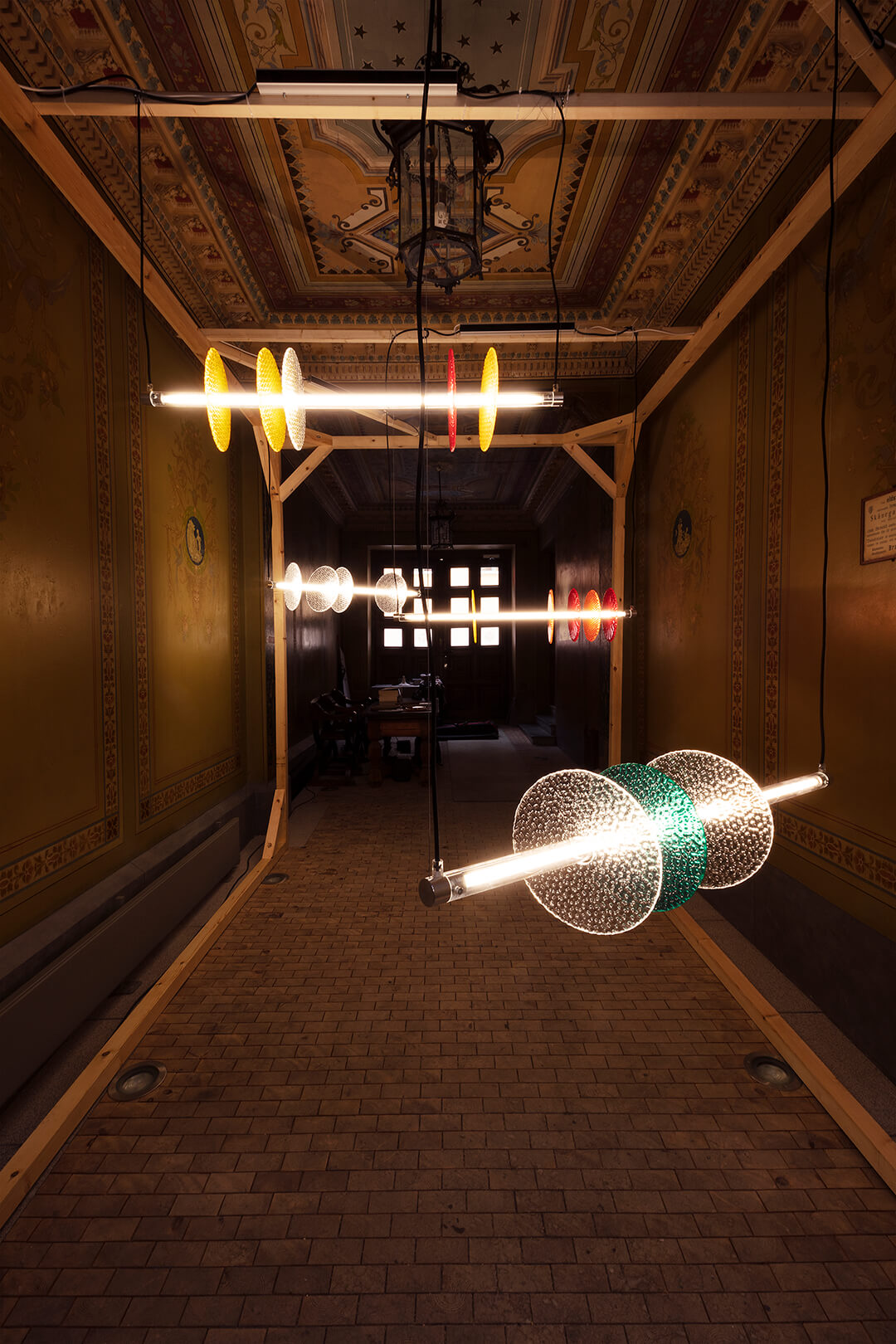 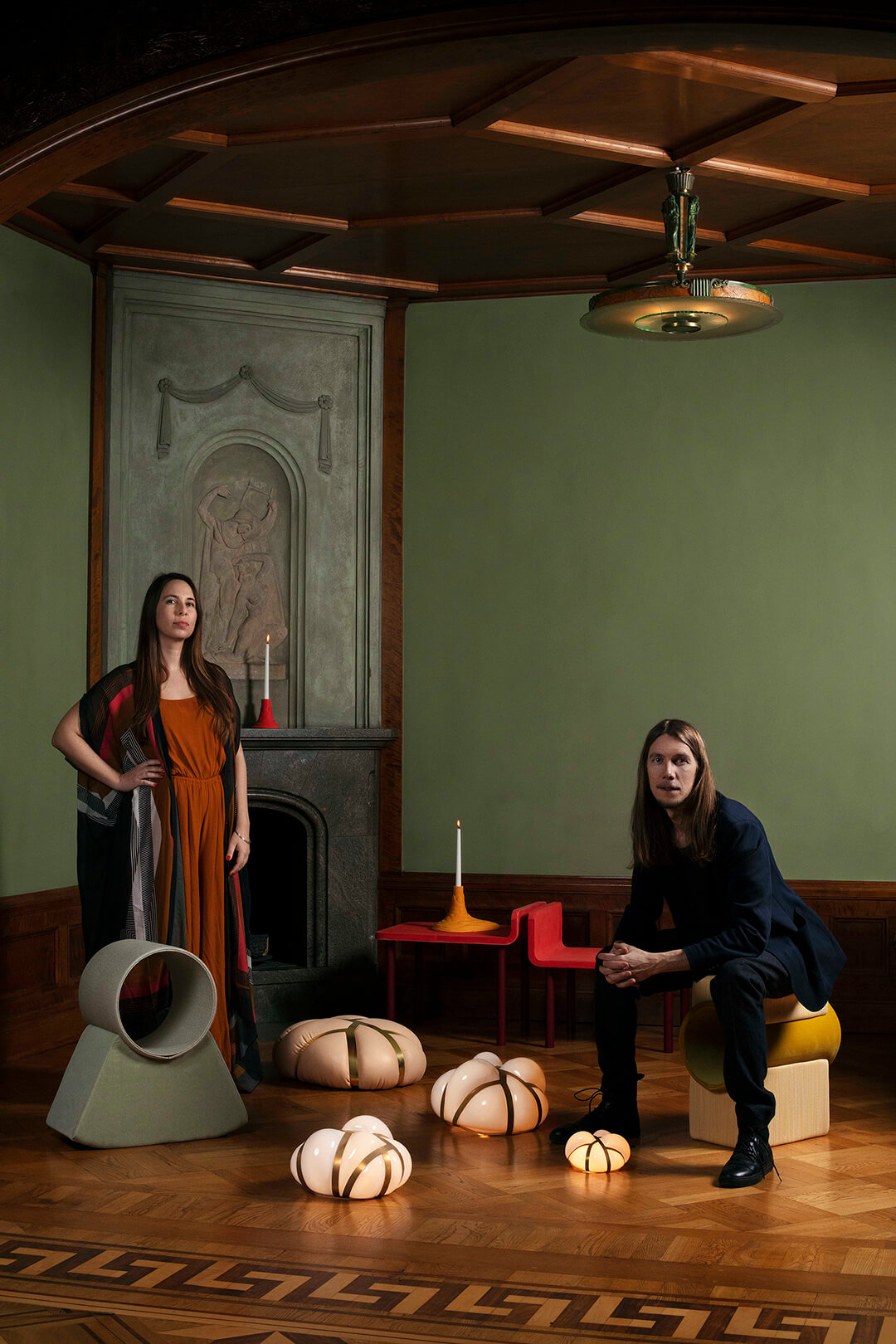 In the house’s painted entrance hall, the Swedish-French design duo presented a new Knäckebröd light made from textured discs of glass strung on an illuminated tube. The light, which was manufactured with the help of glass experts Aura Light International, is a nod to the unique crisp bread Westerdahl’s relative developed during a harsh stint in the Russian army, by fermenting bread with ice. Once back in Sweden, the knäckebröd recipe made his fortune and allowed him to build the house in 1889. In the living room, Färg &Blanche’s new Parquet table similarly echoed the building’s history, adopting the eight-pointed star of its ornate floor.

‘It’s such a special place for me, I know all the corners and what they mean to me and others, so it’s not a backdrop,’ said Blanche. ‘[Working with the building] was challenging because I wanted the pieces to have a dialogue with the space and the other furniture, but I didn’t want to disturb. At the same time I didn’t want them to fit the place – it needs to be about now.’

Also important is the experience itself. ‘We want to give that energy of visiting something, rather than just seeing it on Instagram,’ Färg added. 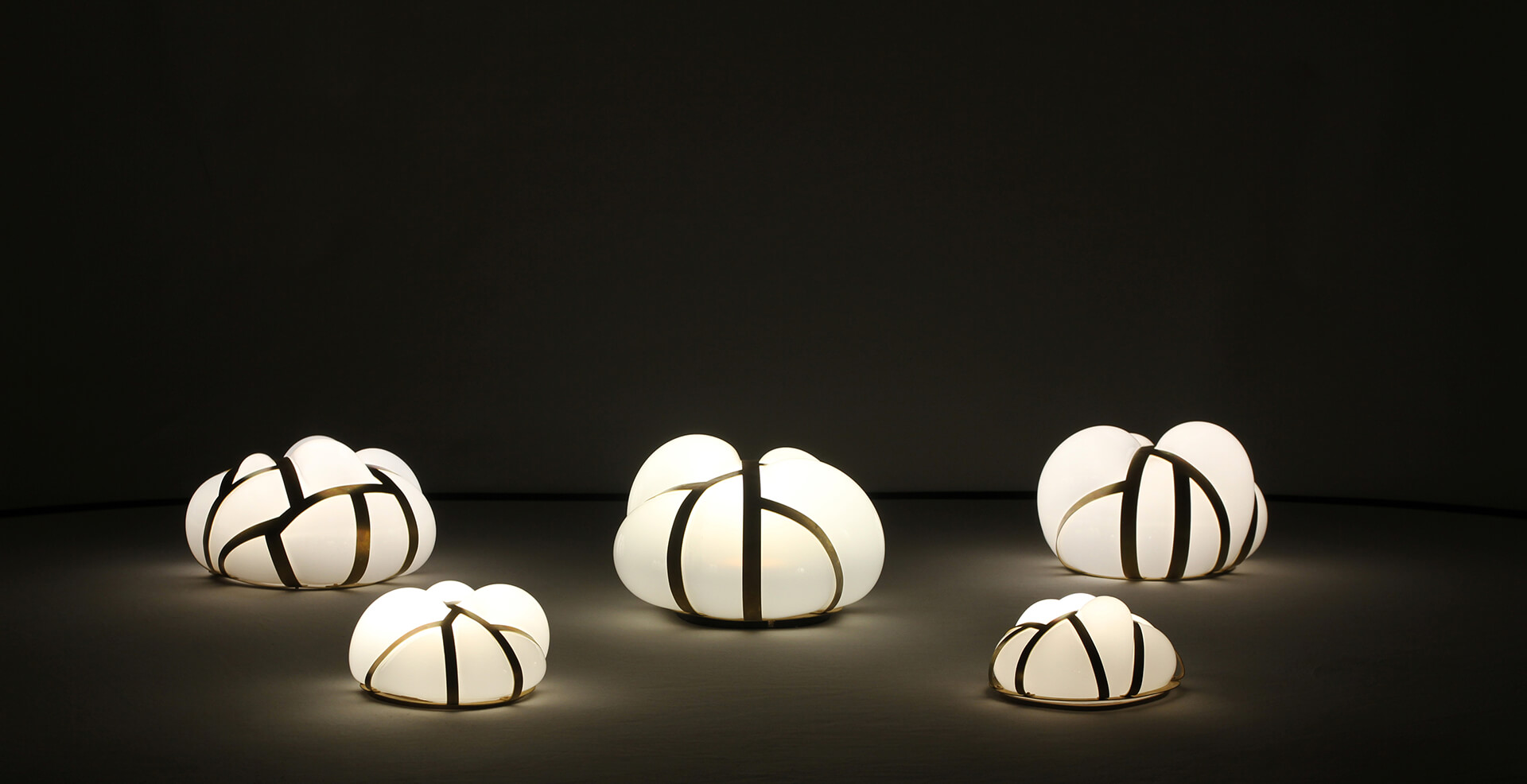 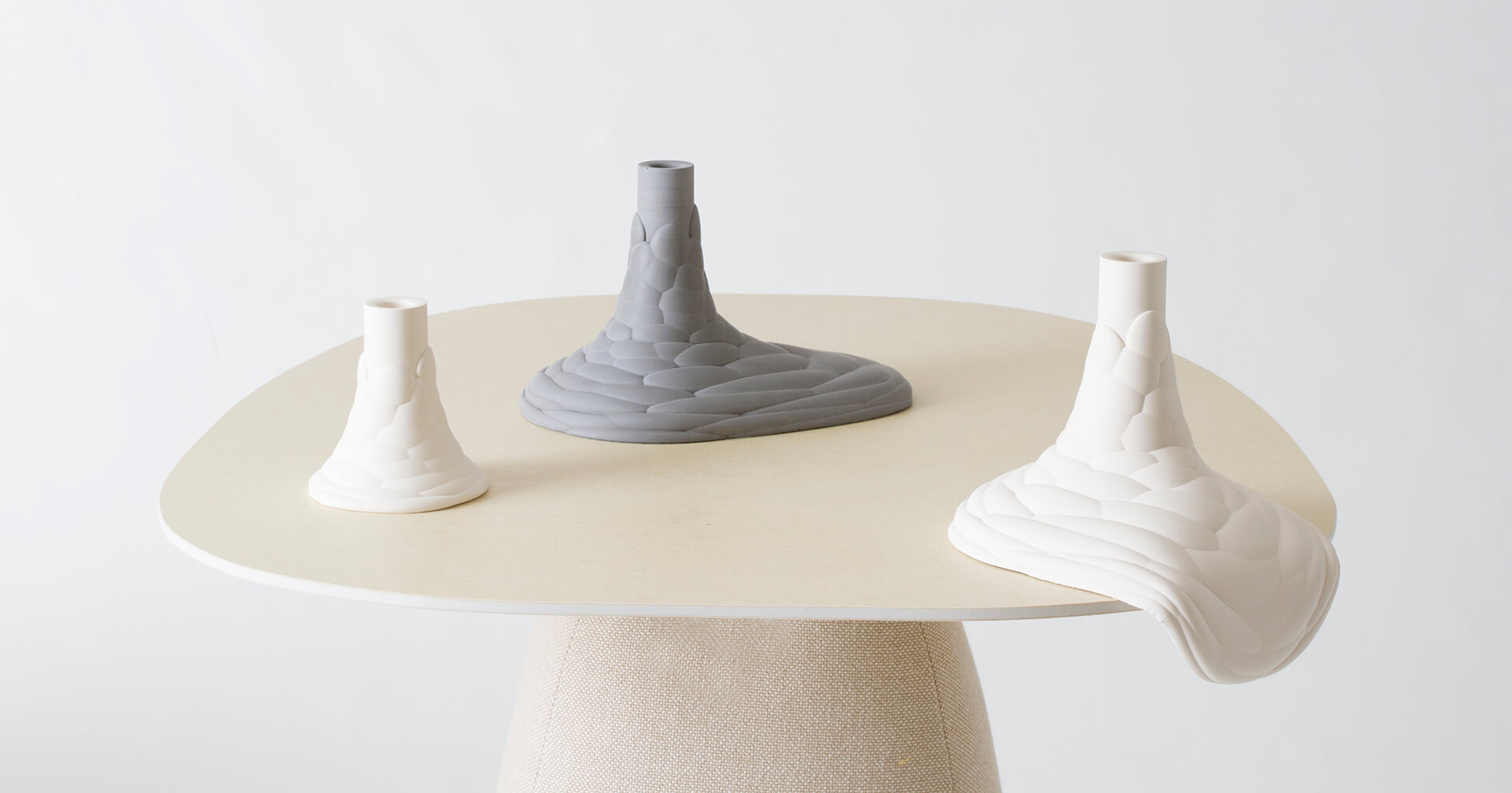 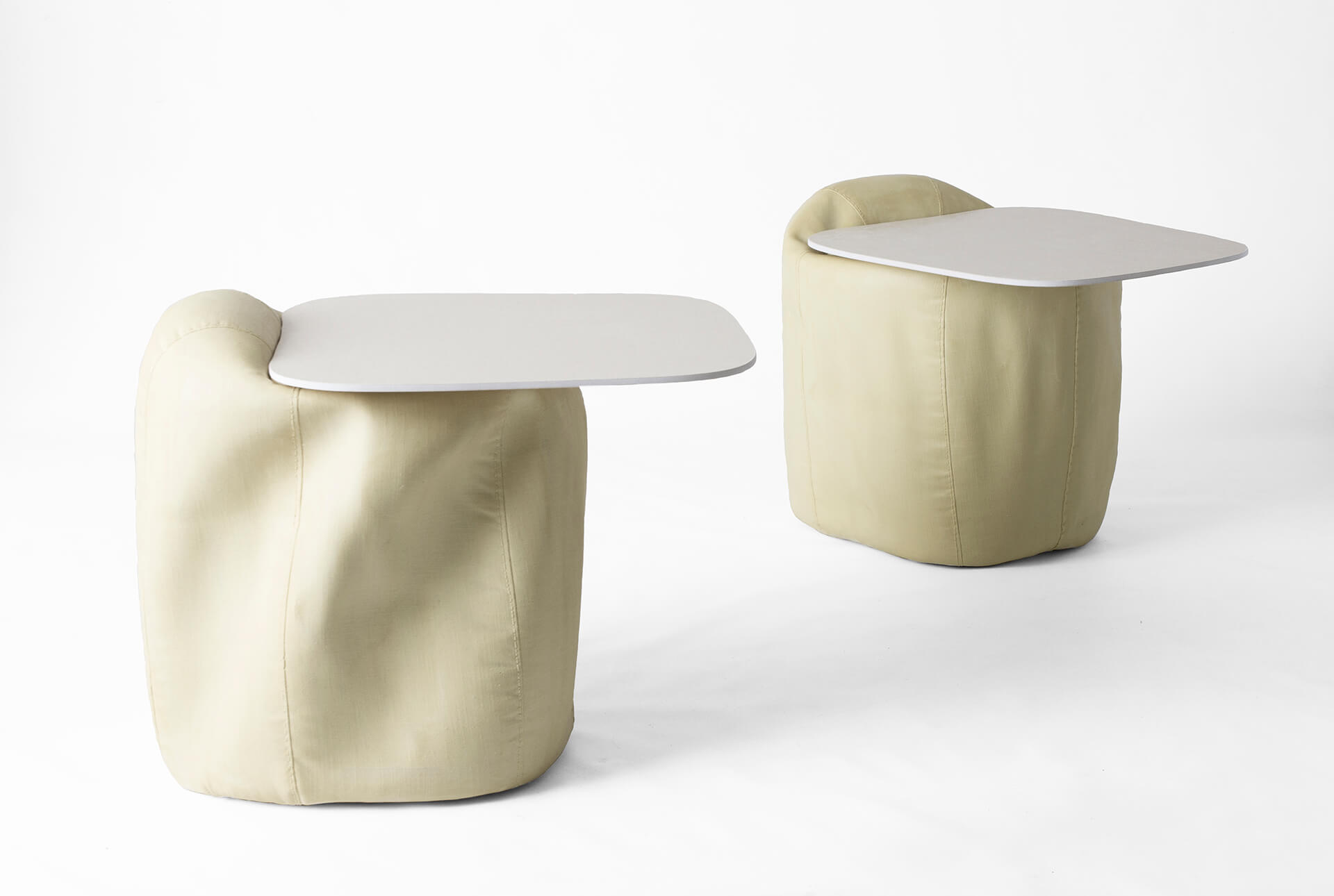 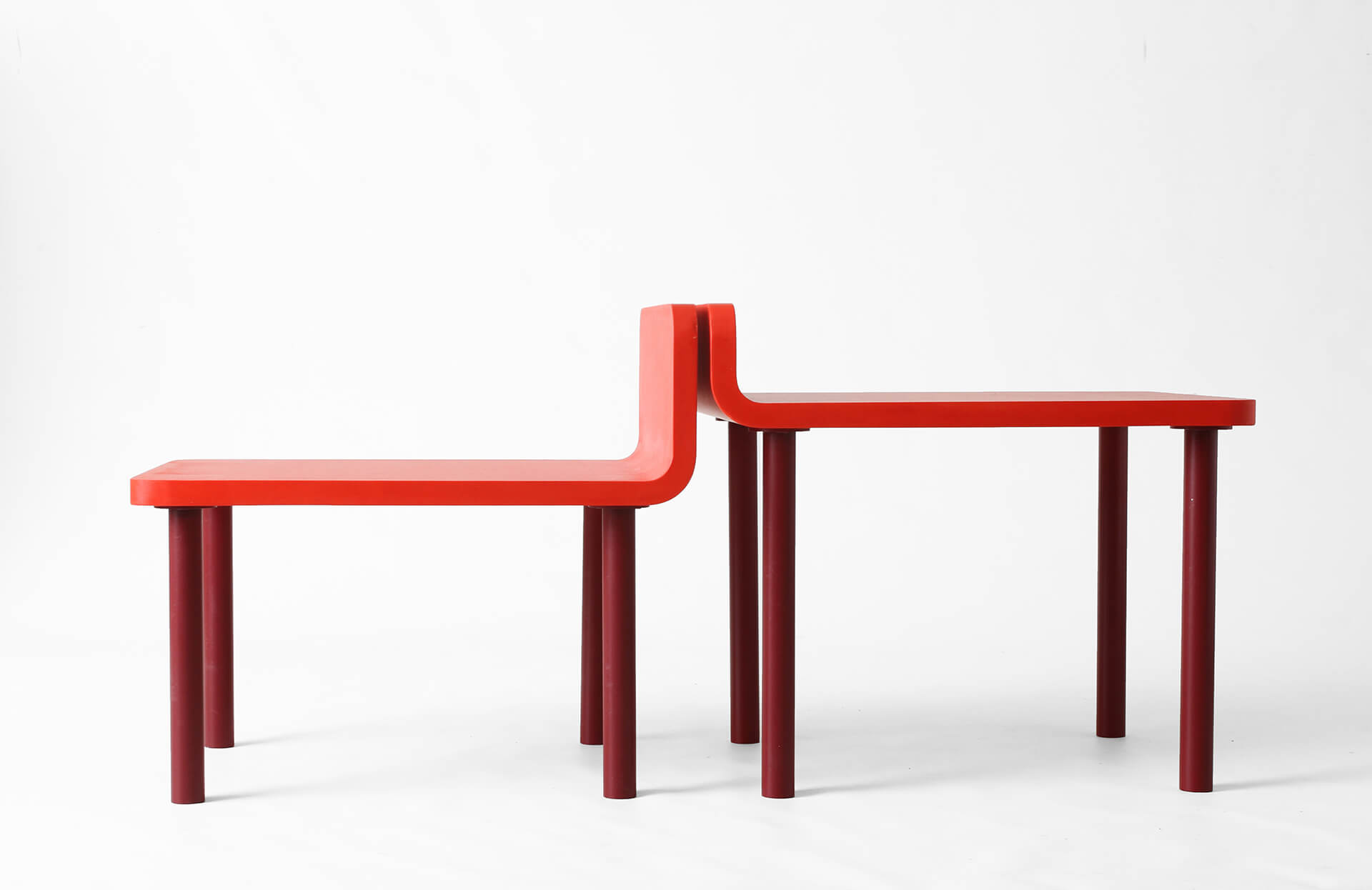 It's difficult to change people's minds [about what Swedish design is], because people really want to put us in a box

The pair’s Melting candle stick dripped from tables and window ledges, while the assorted shapes of the Nickel Pallar stools echoed Julius Hus’ existing upholstery. A recurring motif of a restrained bulging mass could be seen in several products, from the Heart lamp, with units placed on alternate steps, to the anthropomorphic Succession stools and the Succession tableware created for Petite Friture. Here Färg & Blanche baked an upholstered plate in the oven, and then sent the dried shape to a master mould maker. ‘This organic shape has been following us the whole time,’ explained Färg. ‘It’s something that we have used in limited editions and that people recognise us for. But the [ceramics with Petite Friture] was the first time the technique and aesthetic came into production – not as an upholstered piece but in a hard material.’

Playful, colourful and organic in form, Färg & Blanche’s products are at odds with the much repeated tropes of Scandinavian honesty and minimalism, seen ad infinitum at the Stockholm Furniture and Light Fair. ‘Swedish design is not only about what happens but what people from outside think is happening here,’ said Blanche of the self-perpetuating identity. ‘There is a new generation in Sweden of people that want to do things differently. It's difficult to change people's minds, because people really want to put us in a box.’