Next week, thousands of Dutch Design Week visitors travelling to Eindhoven Station can enjoy an enthralling new work by Studio Roosegaarde. Space, a 90-m-long public art installation, uses light and an abstraction of satellite images to provide a mesmerizing visual display that reinforces Eindhoven’s title as the ‘City of Light’. 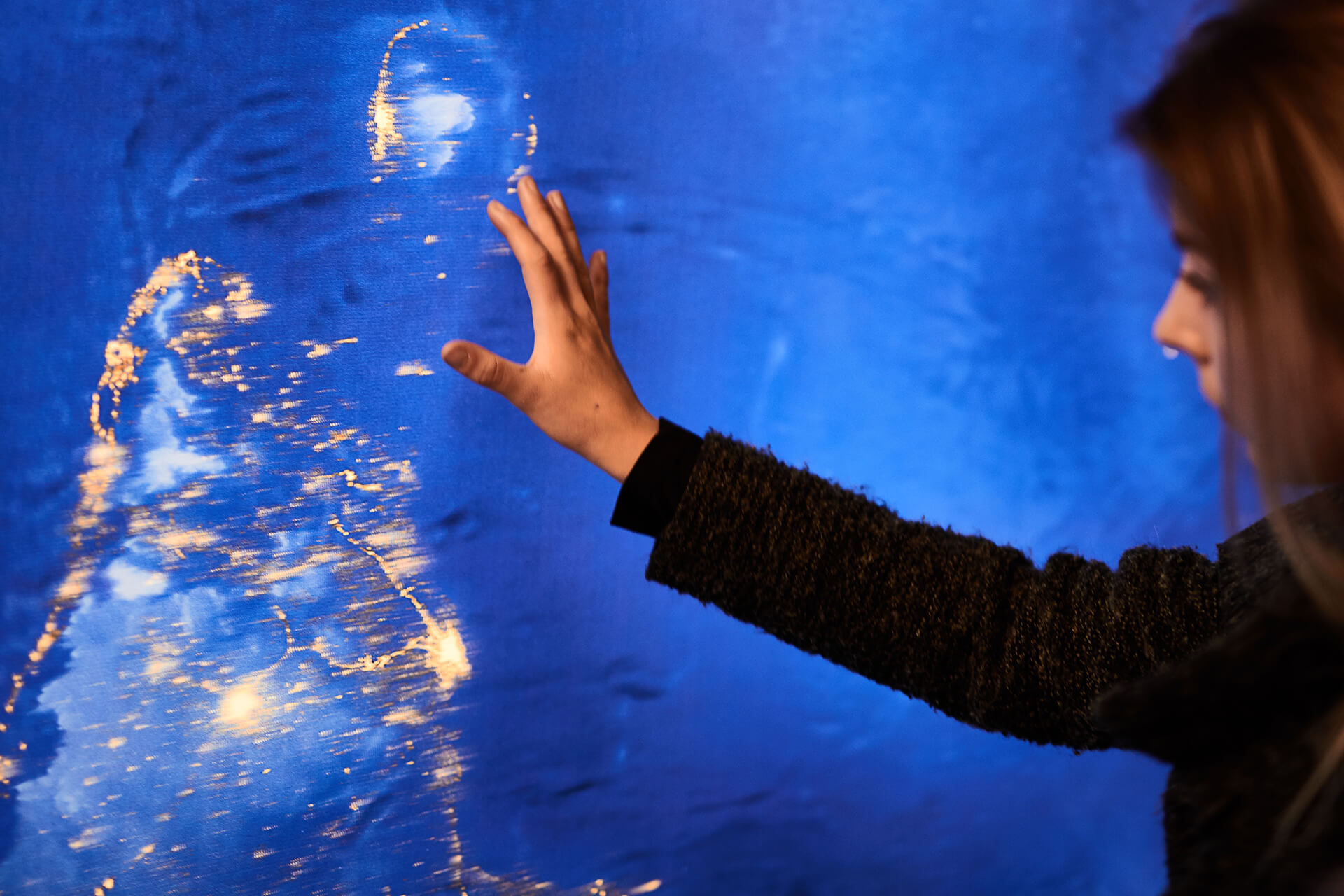 Commissioned by ProRail, National Dutch Railways, and the municipality of Eindhoven, Studio Roosegaarde drew inspiration from nocturnal satellite images of the Earth, where light represents human life and activity. ‘Light is communication and language,’ says Roosegaarde. ‘Walking past the artwork, you experience a new dimension of light, just as an astronaut sees it in an orbit of Earth.’ 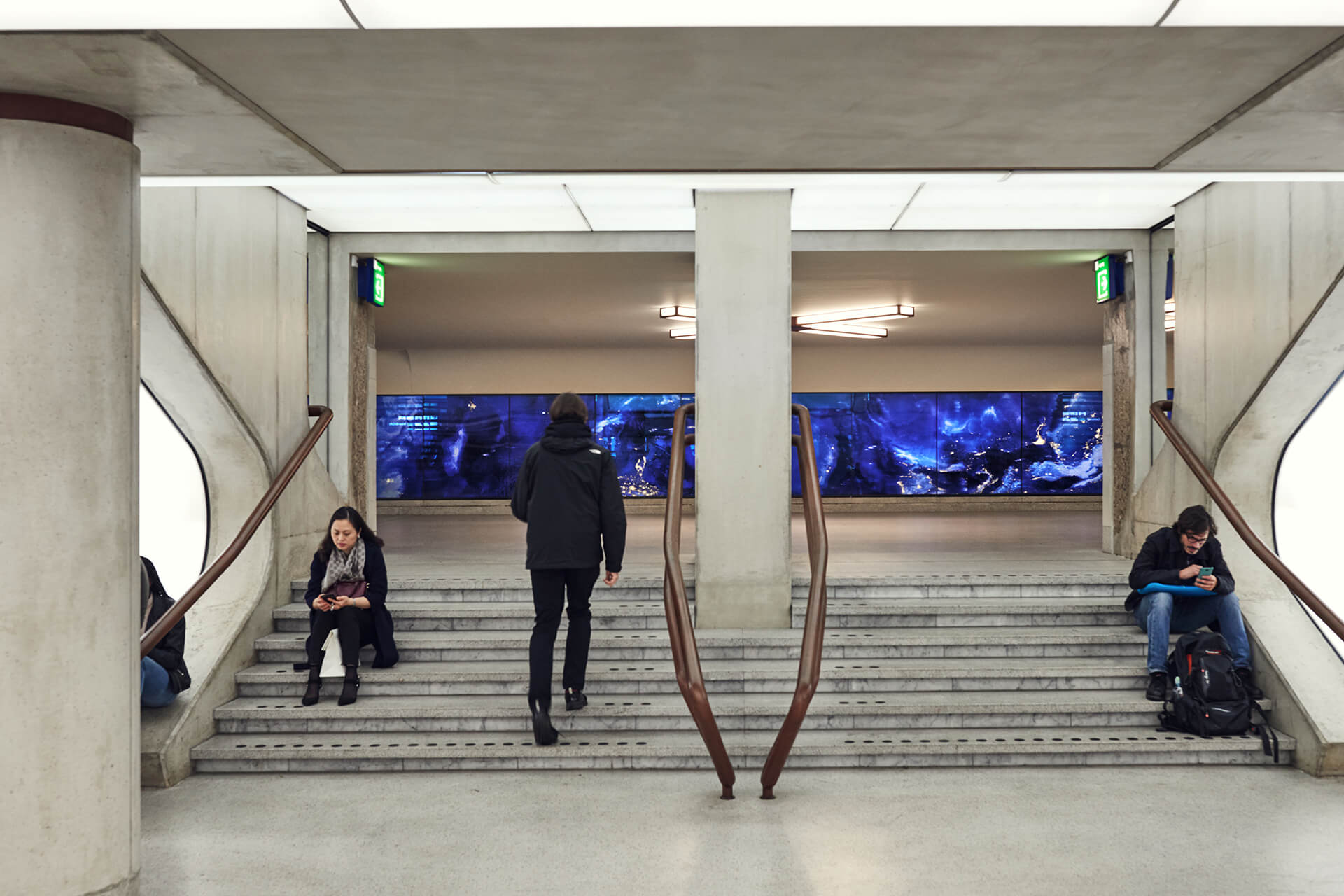 The studio collaborated with expert engineers to develop a unique printing method that can be applied to glass lenses, bending light to create the illusion of depth. The satellite images of Earth recorded by NASA were converted into a single graphic by unwinding the globe ‘like an orange peel’ into a linear strip. 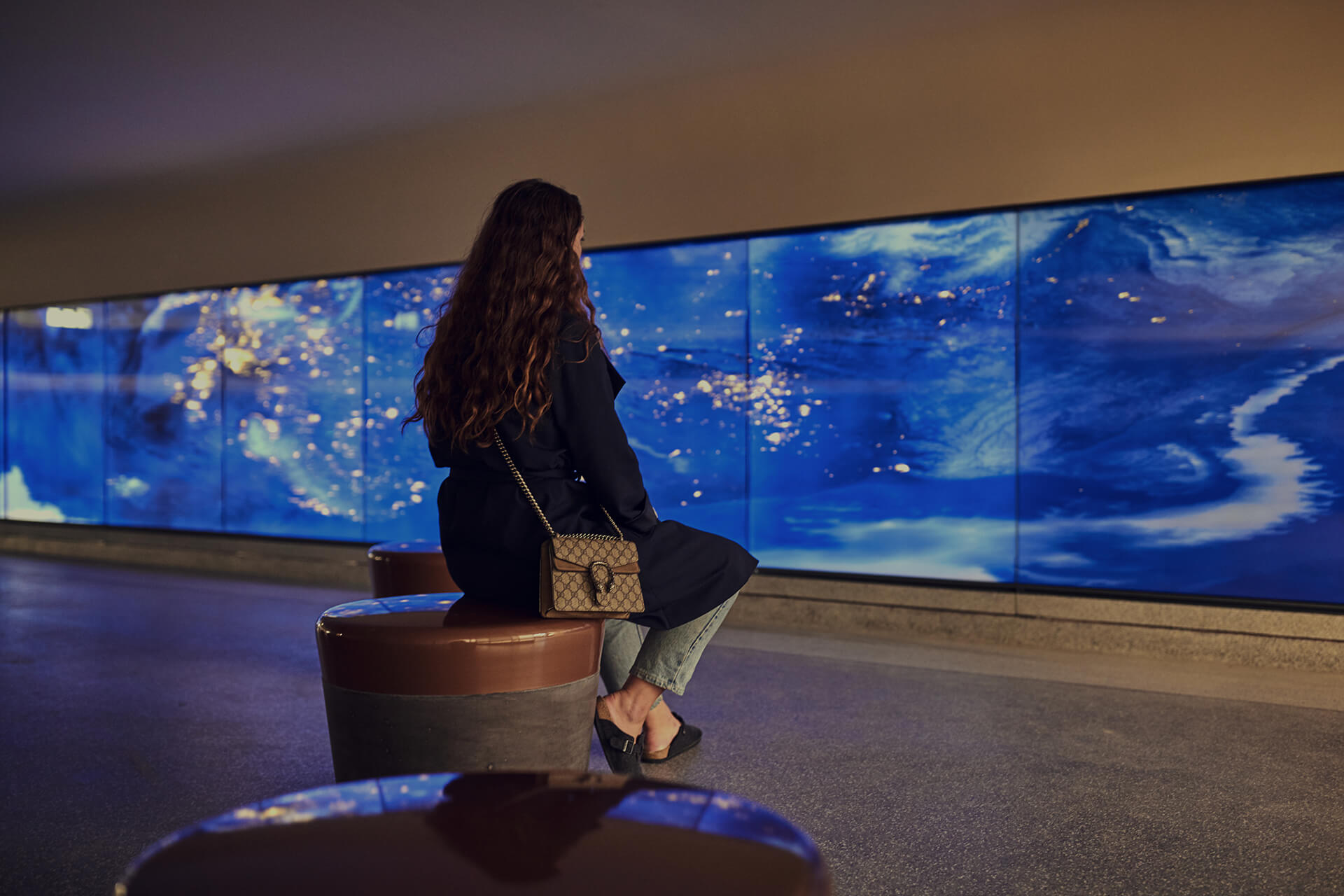 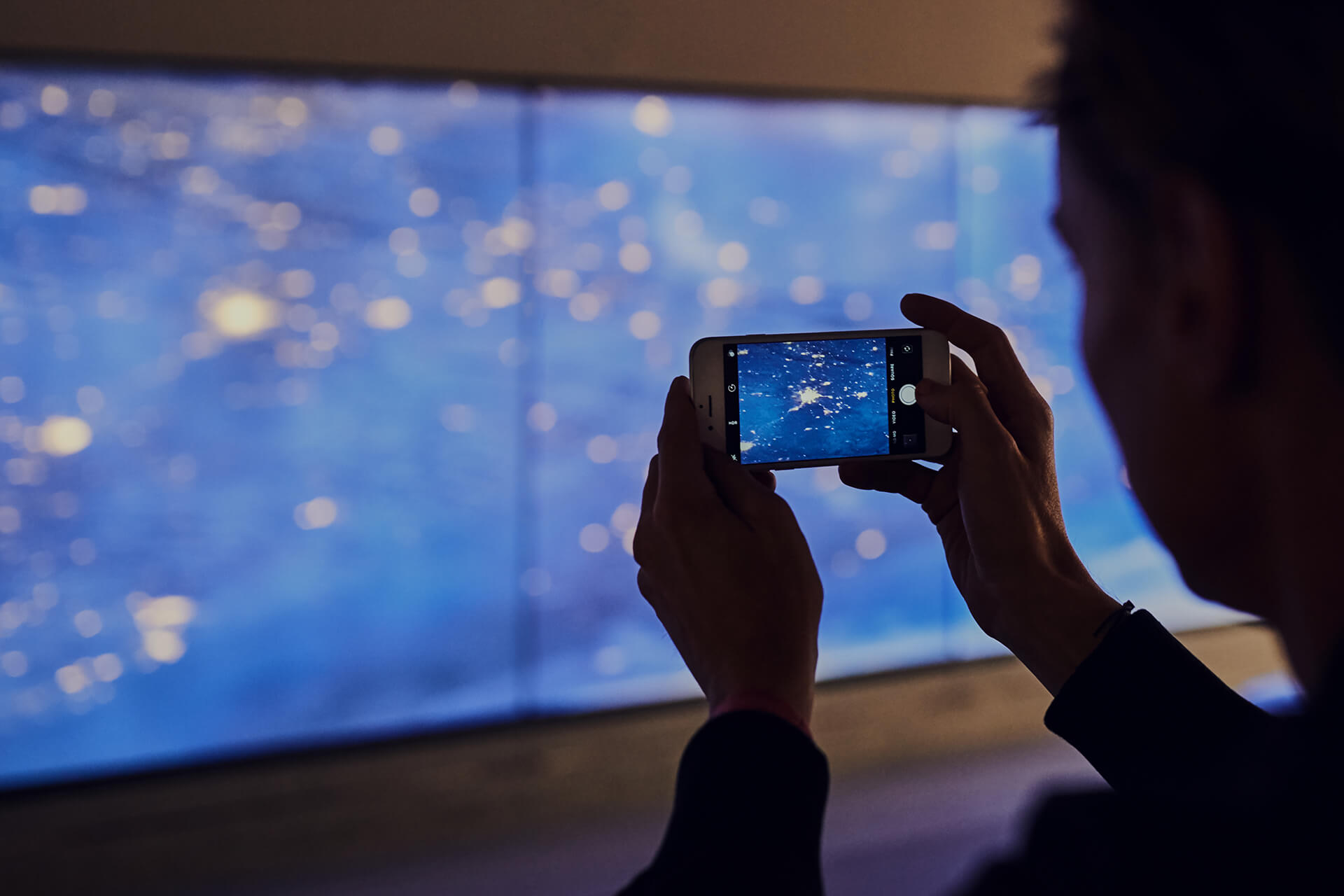 This planetary perspective of light expands its context, providing the underground transportation hub with a sort of window to the world – literally, showing the planet itself – and drawing in passersby with its hypnotic and calming aura. By translating human life and advancement into light, the ethereal display artfully reveals humanity’s connectedness across the world.