Driven by its flourishing startup scene, Israel has a highly developed technology sector that is inevitably affecting and inspiring the creative industry. To illustrate: Tel-Aviv based architect Erez Ella, who designed this installation for Jerusalem Design Week, told us his office now includes a whole department of people writing code. Deep learning principles help them design floorplans that seamlessly fit the needs of a building’s occupants.

Such advanced technologies hold promises for more innovations in the design industry. Although sometimes in a more conceptual and speculative way, local and international exhibitors explored this potential. They used technology to update traditional ways of working, and to question its implications.

Claire Warnier and Dries Verbruggen rethink the concept of the trade route for today’s technology-infused world. For their project Via Binarii, the duo approached creatives from around the globe and asked them to send their digital design for a 3D-printed teapot to the person living west from them, just like an old-school chain letter. All seven participants interpreted the file in their own way, resulting in a series of teapots that suggest a new-yet-old way of distributing goods and knowledge in a digital age. 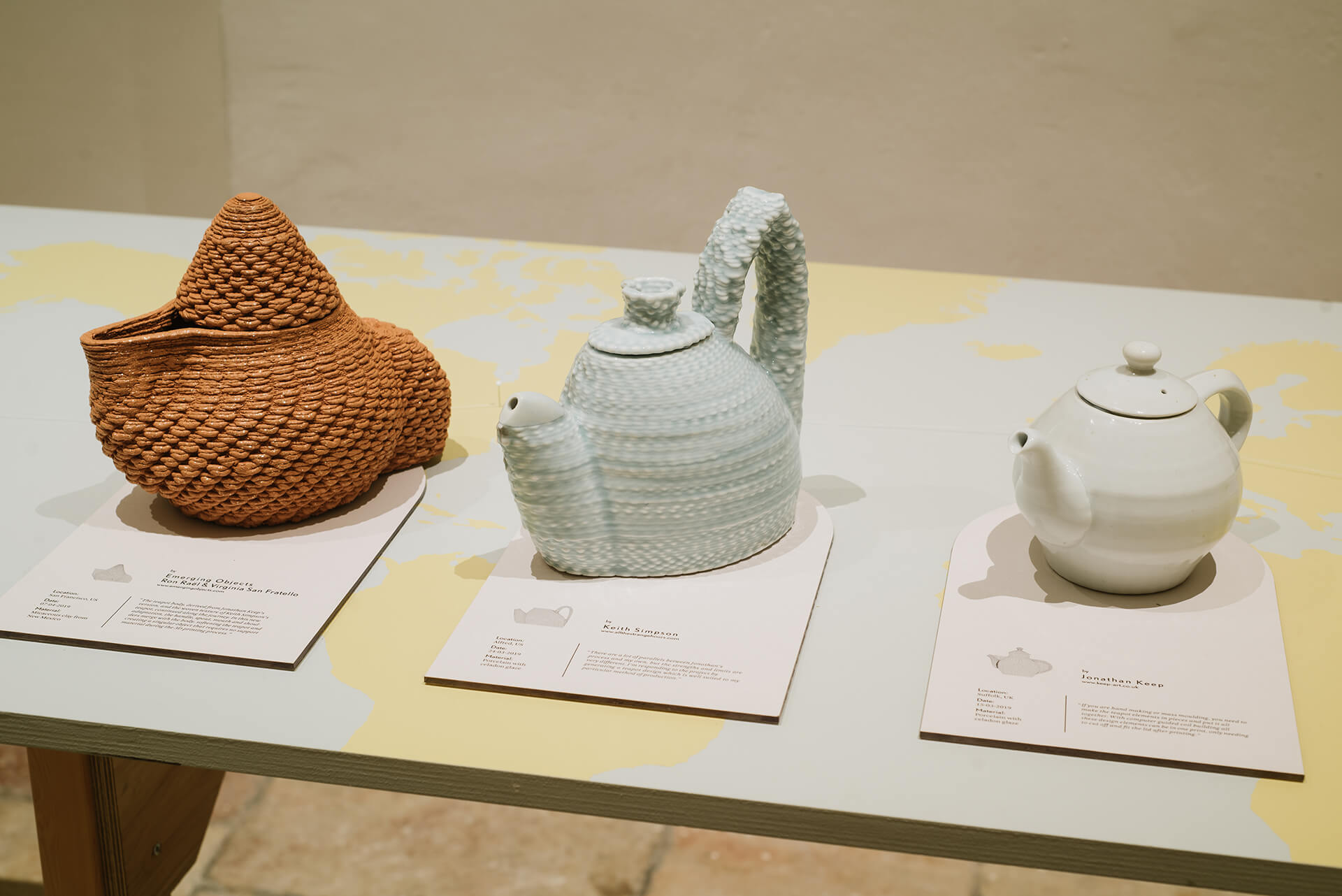 ‘Today, some of the most developed countries are in the east, even though the west is seemingly the advanced of the two,’ the designers behind Varburg Group pointed out, referring mainly to technological advancement. Playing with the distorted perceptions of east and west, Amit Portman, Liane Rosenthal and Alon Sarid created Siri Zen Master, an installation that they explained ‘contemplates the translation and embedding of eastern Zen-Buddhism culture in the technological, consumerist western society.’ Their technological zen garden introduces Siri as a spiritual teacher and, by doing so, addresses the fusion of the technological and spiritual world as exemplified by the rise of meditation apps and the like. 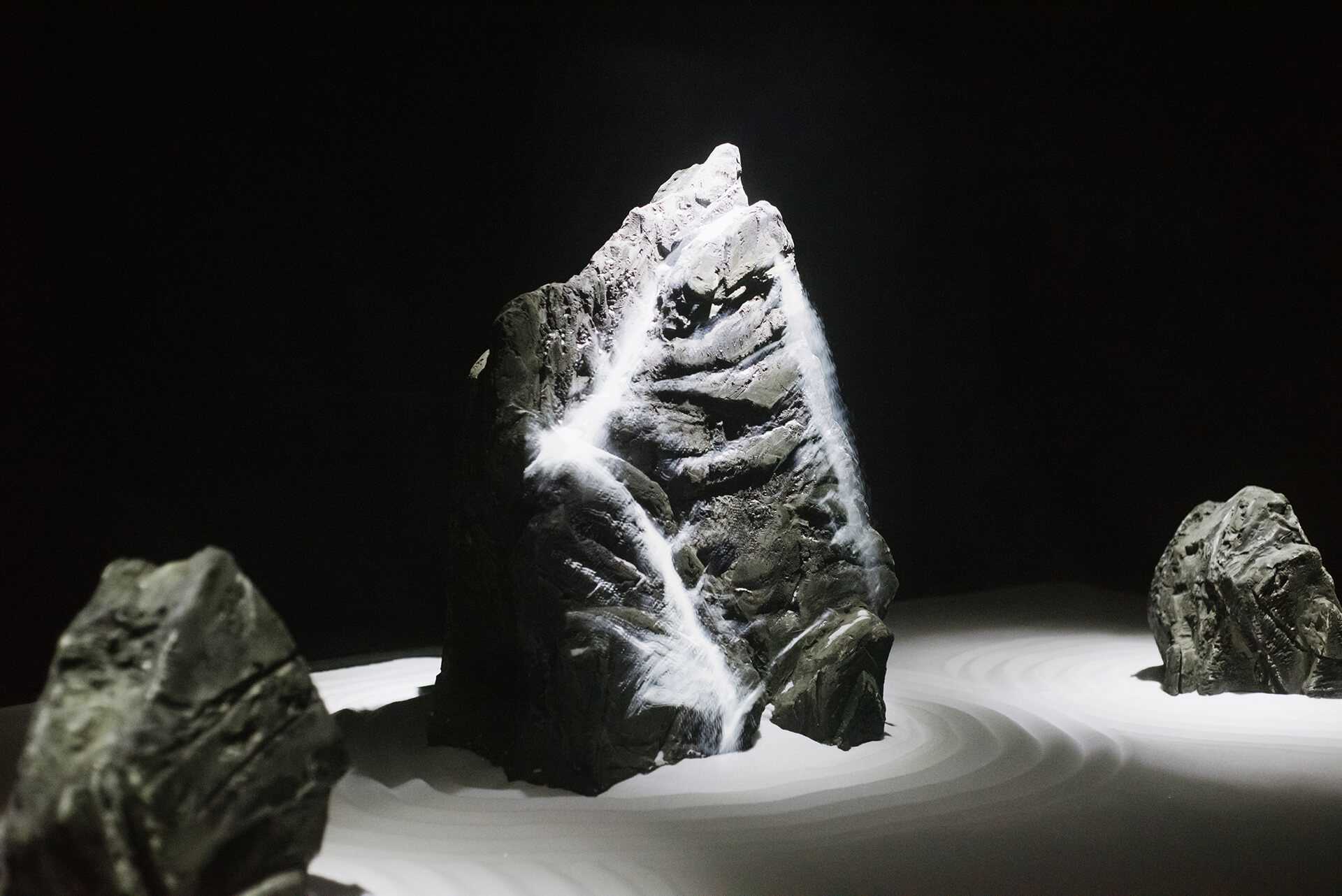 ADI YAIR AND SHLOMIT YAAKOV
This Is Not a Carpet

The Israeli carpet formed the starting point of a collaboration between fashion designer Adi Yair, who usually hand weaves her fabrics with a loom, and video artist Shlomit Yaakov, who specializes in projection mapping. Their diverse methods of working meet in This Is Not a Carpet, giving the traditional carpet a new presence in a time were the eastern carpet no longer provides a livelihood for Israeli families, but is being ‘transformed into a medium that transcends symbolism.’ 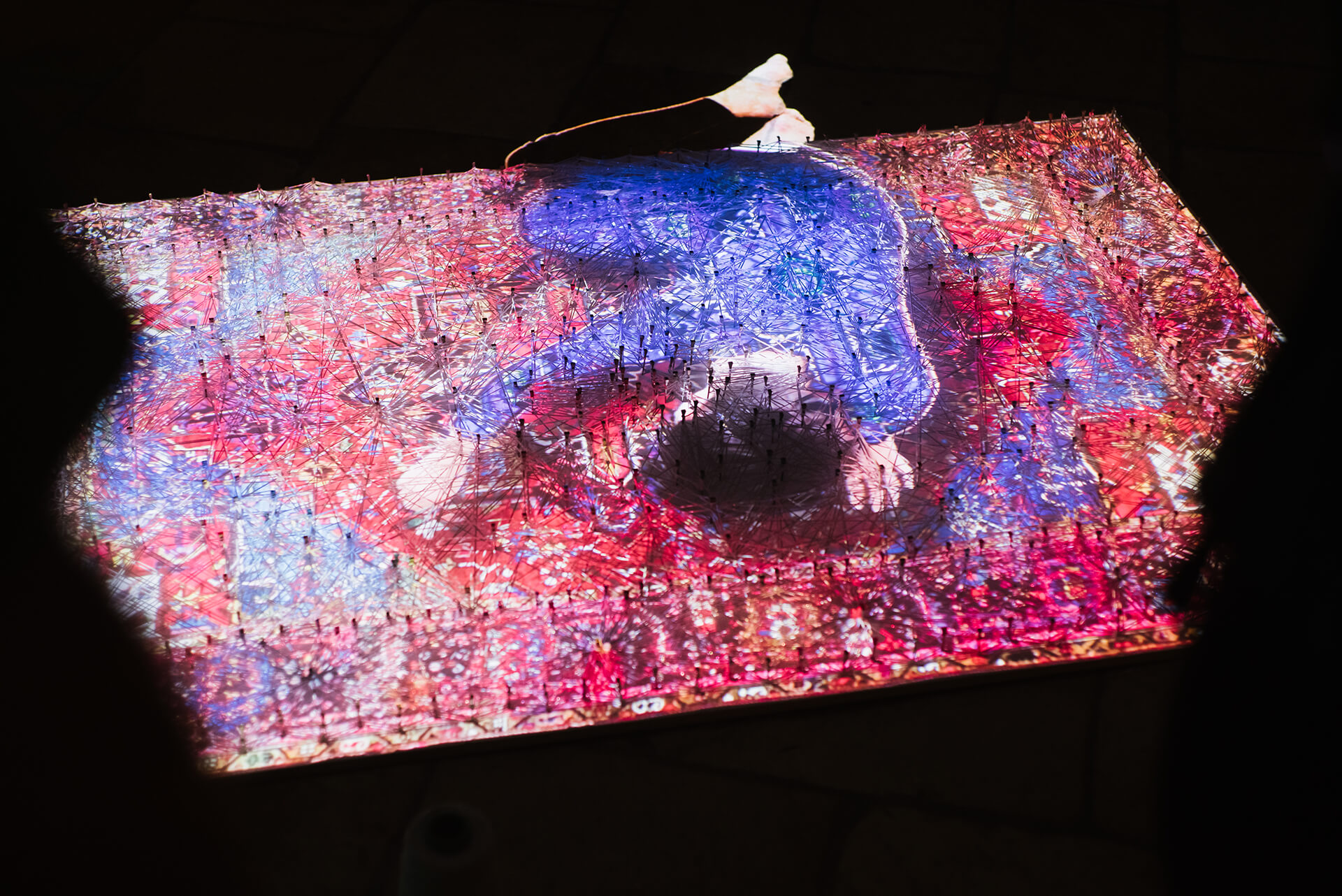 This is Not a Carpet

Due to be fully operational nationwide by 2020, China’s Social Credit System will rank its citizens based on their ‘social credit’ – and big data analysis technology will help with that. It’s a form of surveillance that doesn’t align with the ideas of privacy in the west, where it is seen as a fundamental human right. But what if it became necessary for the SCS to be implemented in the west? That’s what Kacper Hamilton and Bar Horowitz speculate about in Incognito. In their underground lab, they produce products to ‘hack’ the system and reclaim a sense of privacy.

Digital and physical entities come together in the work of Refik Anadol. For Wind of Istanbul, the media artist collected data on the invisible wind patterns in and around Istanbul’s Ataturk Airport over the course of a year and translated them into a custom-programmed digital painting. Ultimately, Anadol’s aim is to embed media arts into architecture by approaching all spaces and facades as the media artist’s canvas. Thus, he is suggesting what he refers to as a ‘post-digital architectural future in which there are no more non-digital realities.’ 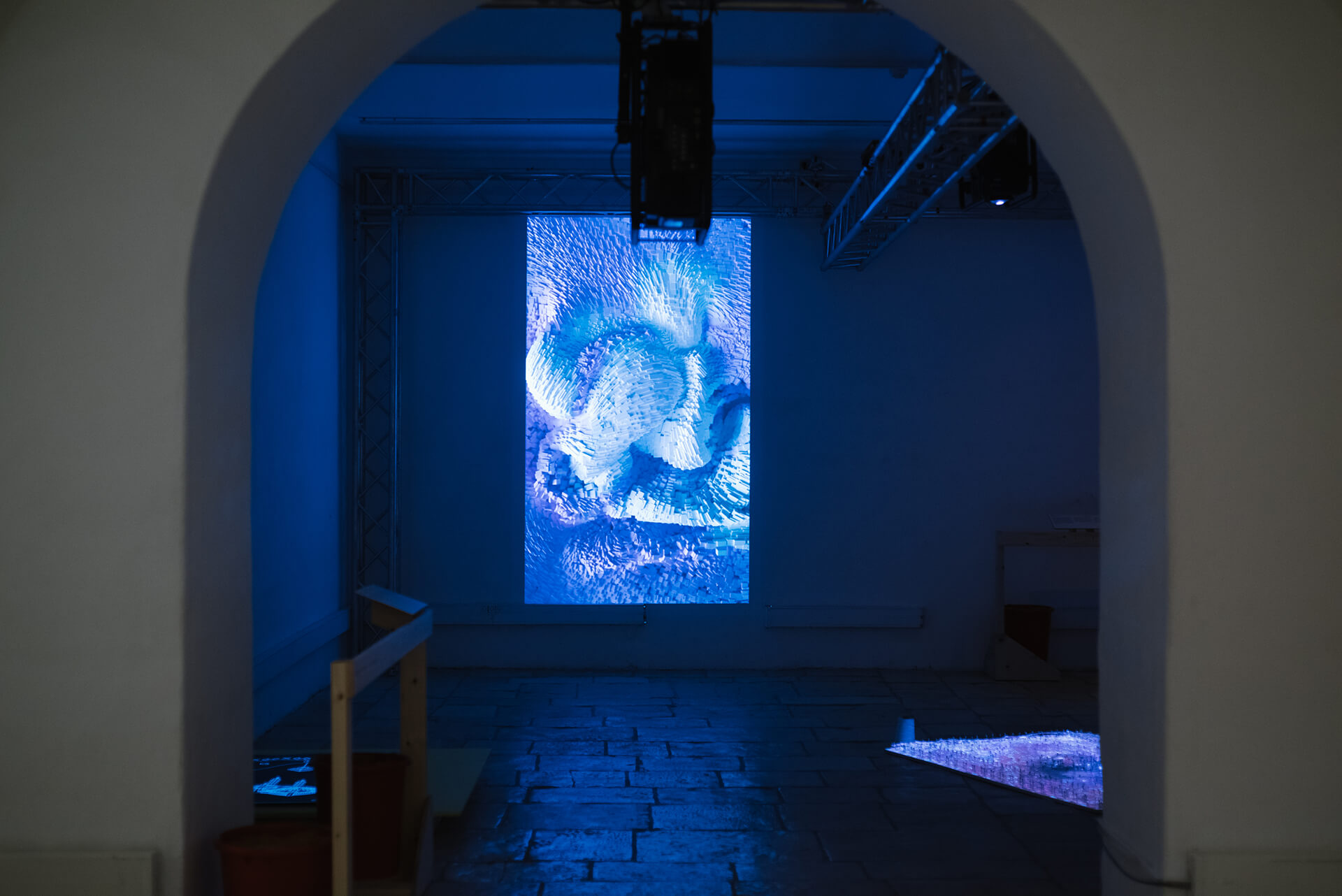