The art and architecture of stillness in motion

The Korea Craft and Design Foundation exhibition at the Triennale Design Museum was a showcase of authentic Korean ceramics crafted by masters. The title of the exhibition, Bupgochangsin, is a philosophical expression that translates to creation and change that remembers its roots. 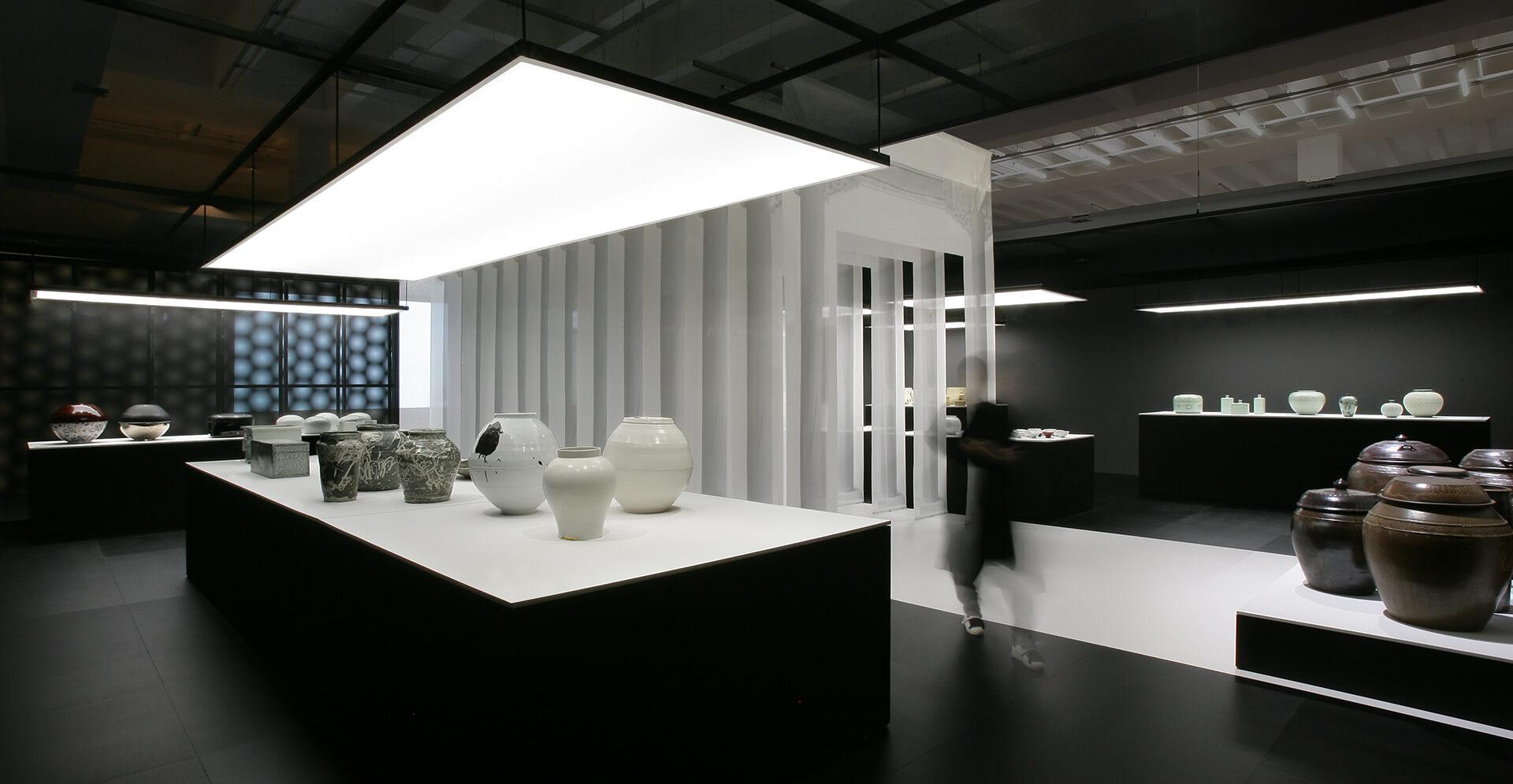 With the ceramics on exhibit expressing the coexisting duality of serenity and dynamism, the space around them was built according to a similar theme of harmony. Designed by Shinjae Kang and Heeyoung Choi of VOIDplanning, the exhibition space embodies the philosophy of ‘Jung, Joong, Dong’: tenets from taekwondo meaning stillness in motion. 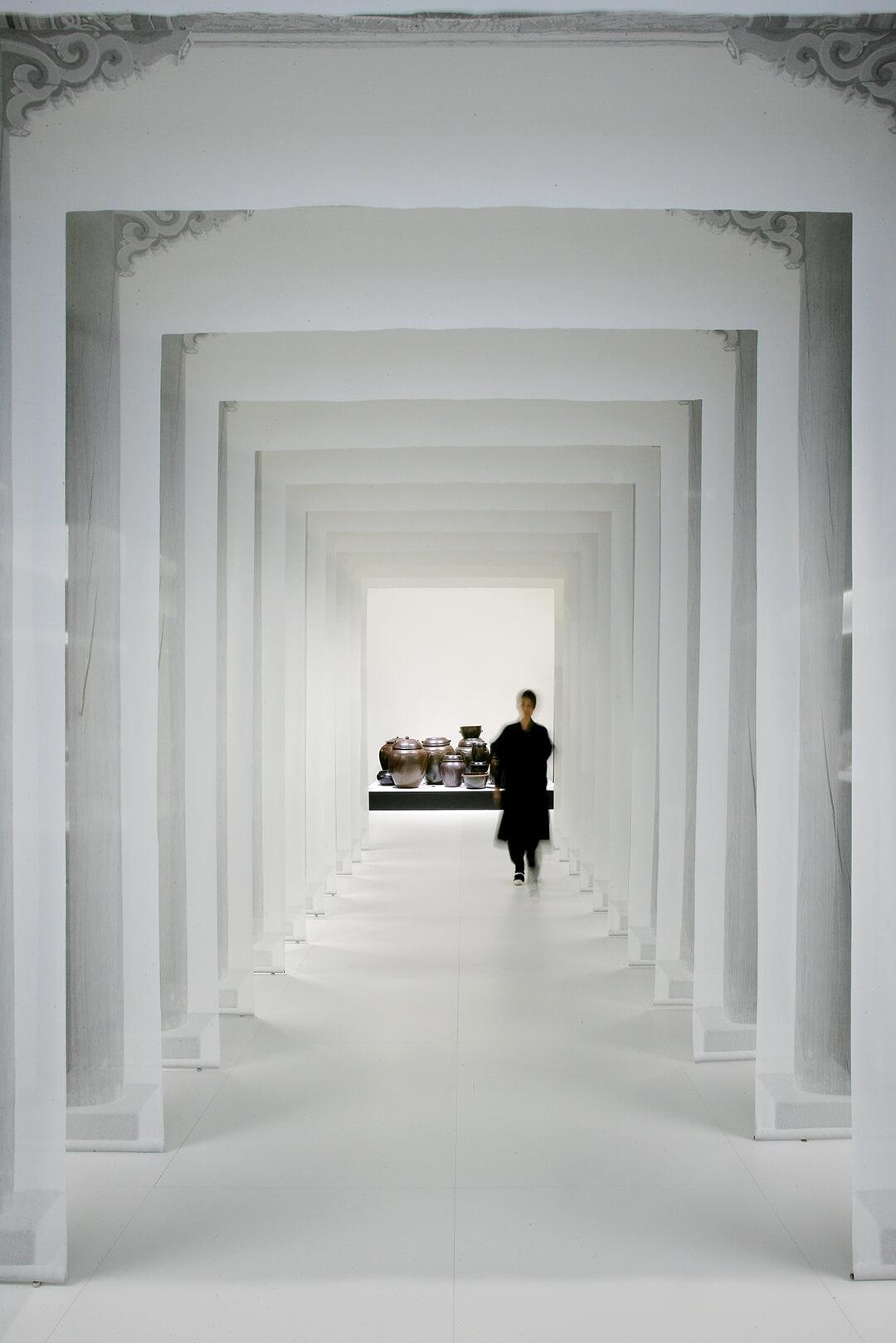 ‘Jung, Joong, Dong’ is a practice of mindfulness, of simultaneous movement and meditation. VOIDplanning saw ‘Jung’ in the outer surface of the porcelain works; ‘Joong’ in the onggi, the rustic brown pottery used to store food; and ‘Dong’ in the dynamic texture, colour, and form of the traditional Korean stoneware buncheong. 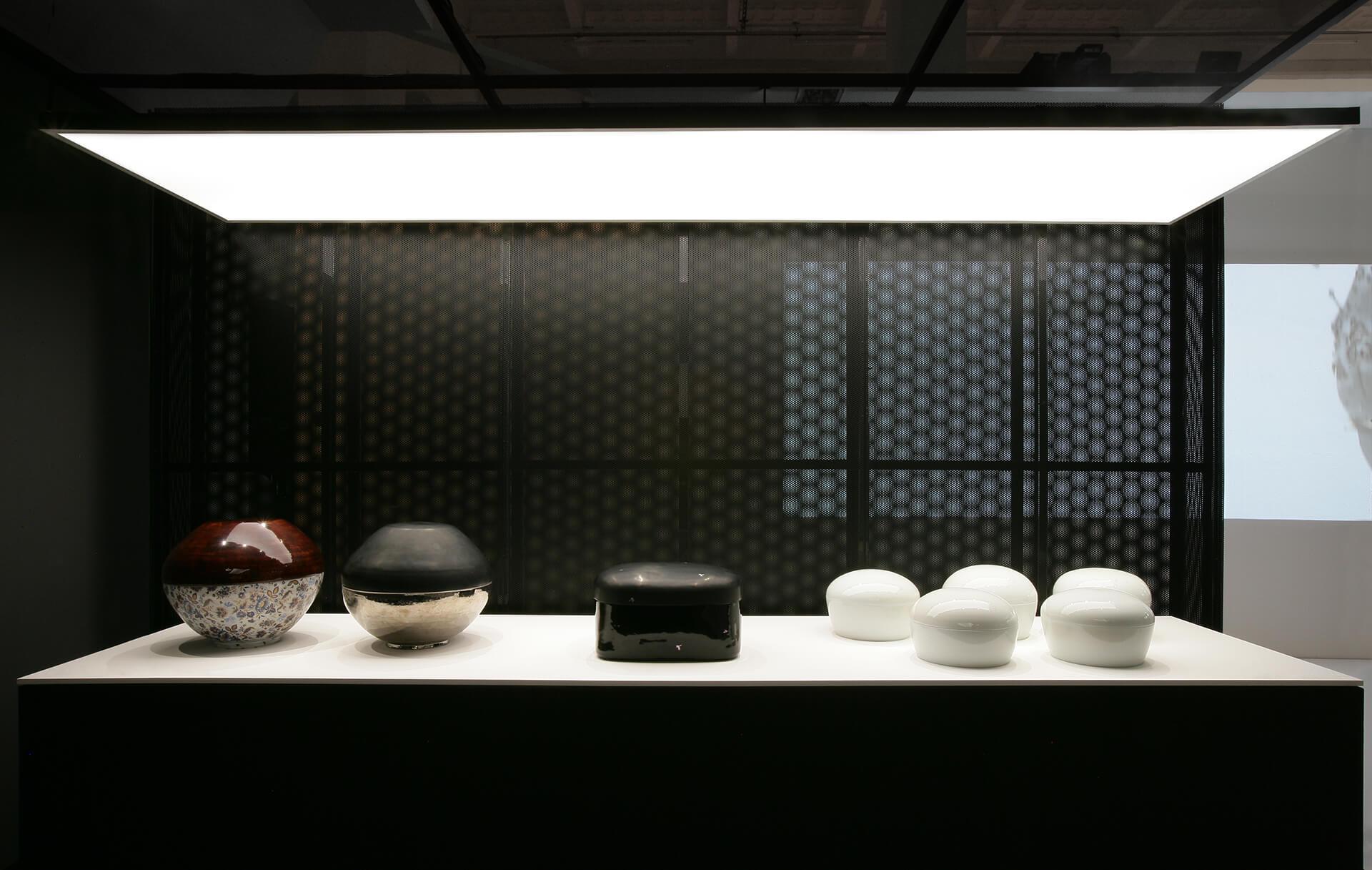 At the entrance, columns of traditional Korean architectural motifs are implemented as a corridor into the space, transporting visitors into a world of stillness in motion. Black mirrored and metallic surfaces on the walls reflect the sheen of the Barrisol lighting, lending a futuristic effect to the traditional ceramics. 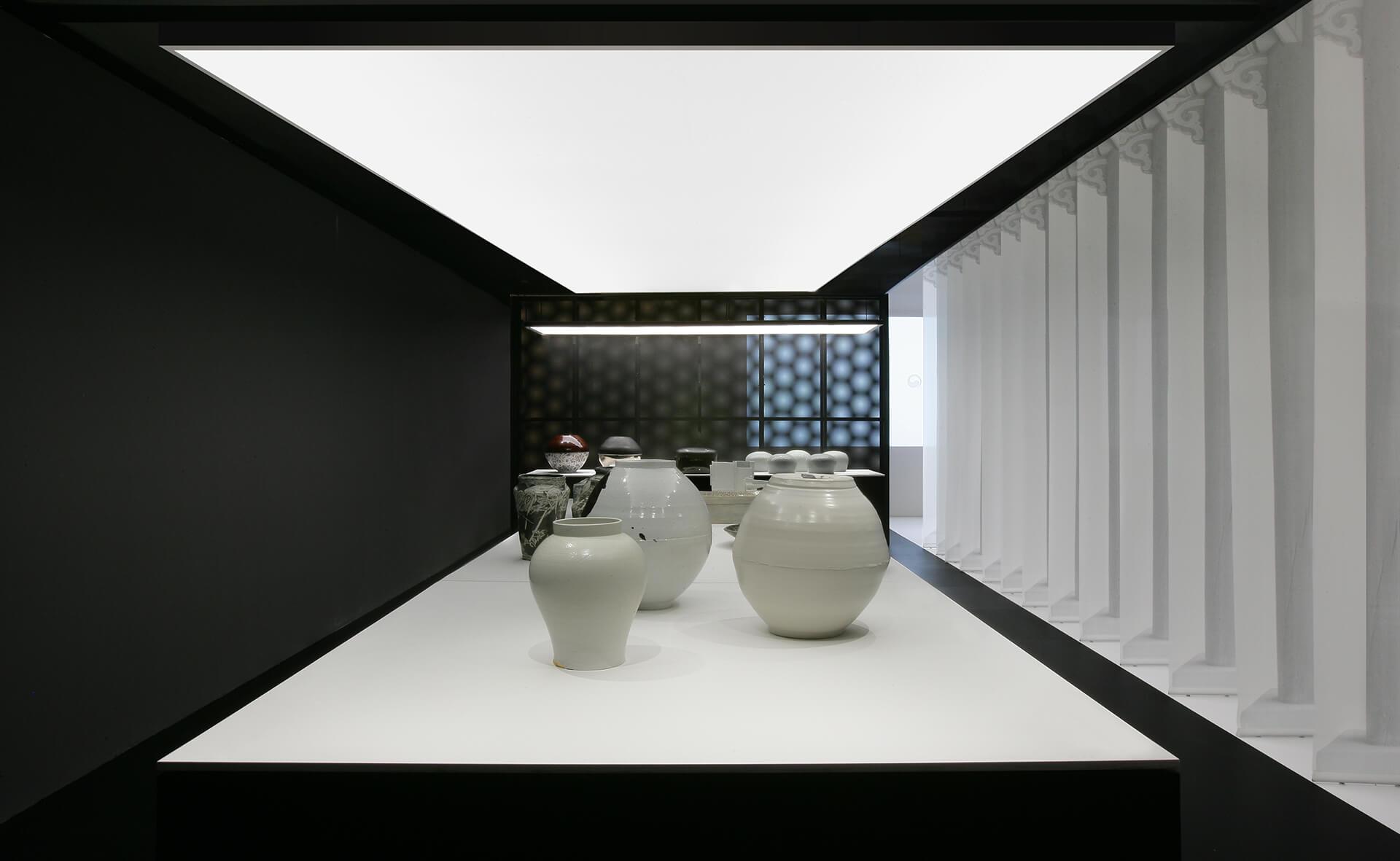