The conversation pit is back – this time, with an upgrade for the digital age

When the conversation pit emerged in the 1950s, it was largely limited to the home. Modernist architect Eero Saarinen – who, together with Alexander Girard, used one as the centrepiece of the 1958 Miller House – was responsible for incorporating a bright-red version into the 1962 TWA Flight Center at John F. Kennedy International Airport in New York. And then, after the ’70s, the conversation pit fell out of favour. ‘The reasons for the pit's subsequent decline are varied,’ wrote Kate Reggev in an article for Dwell. ‘It could be dangerous if someone accidentally fell in, it wasn’t always practical for families with children, and it simply felt outdated and no longer fashionable. Homeowners filled in sunken areas of living rooms, and design trends moved on.’

Now, the configuration is starring as the heart of I In’s design of an office space for Mitsui Fudosan Co., Ltd, a major real estate developer in Japan and part of the Mitsui Group, one of the world’s largest corporate entities. Because the interior will be used by company members for various independent projects, it necessitated an arrangement other than the standard desk setup. 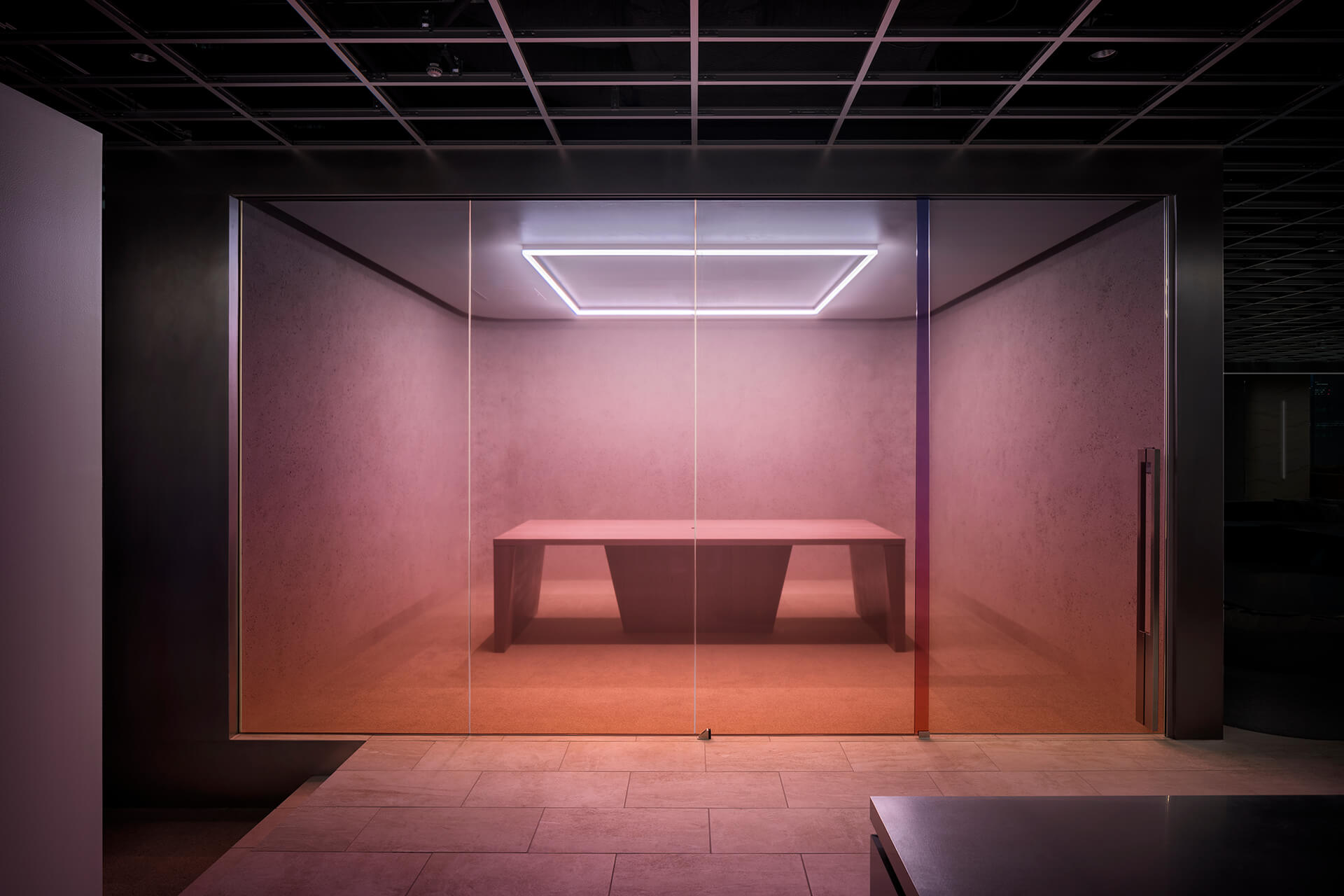 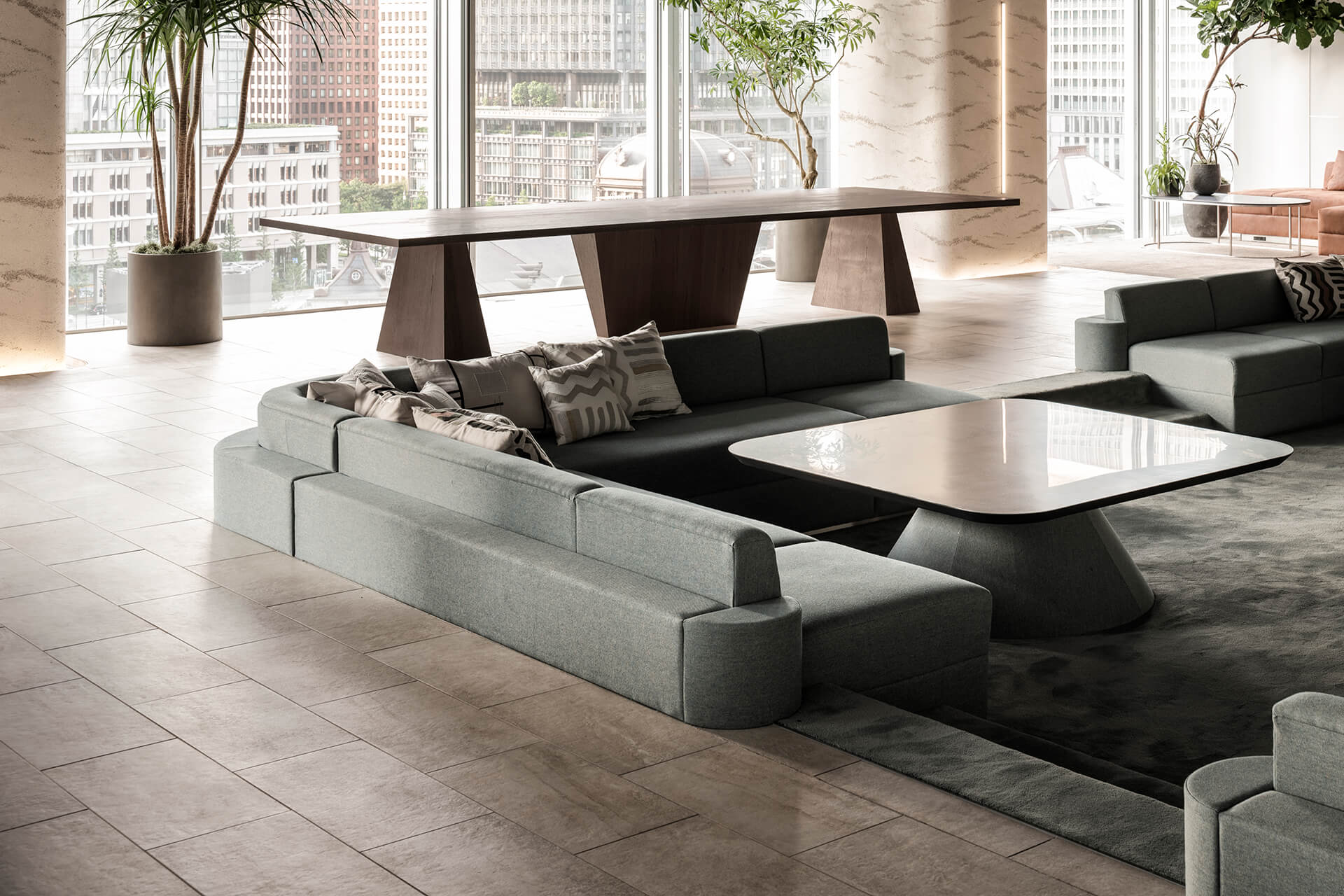 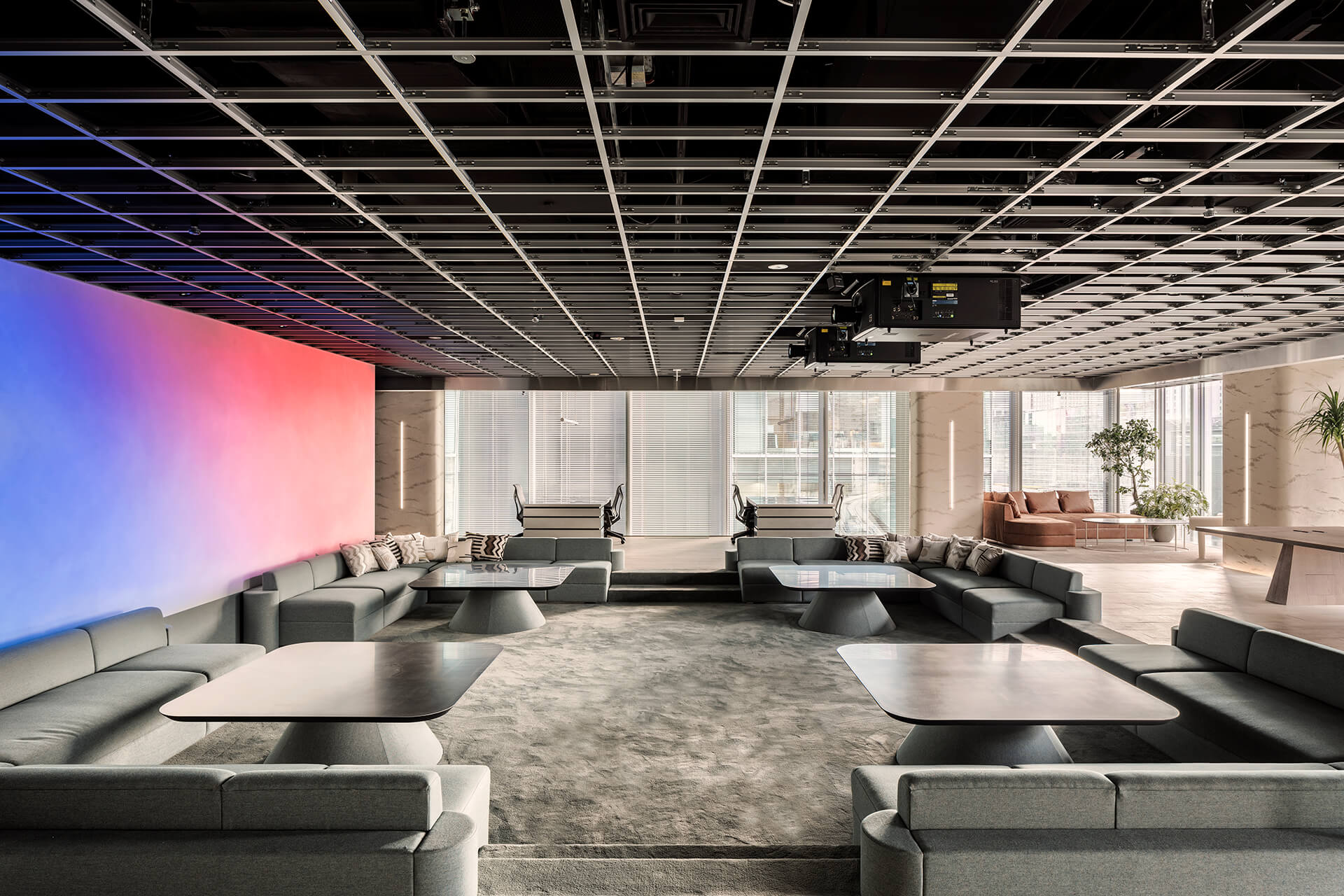 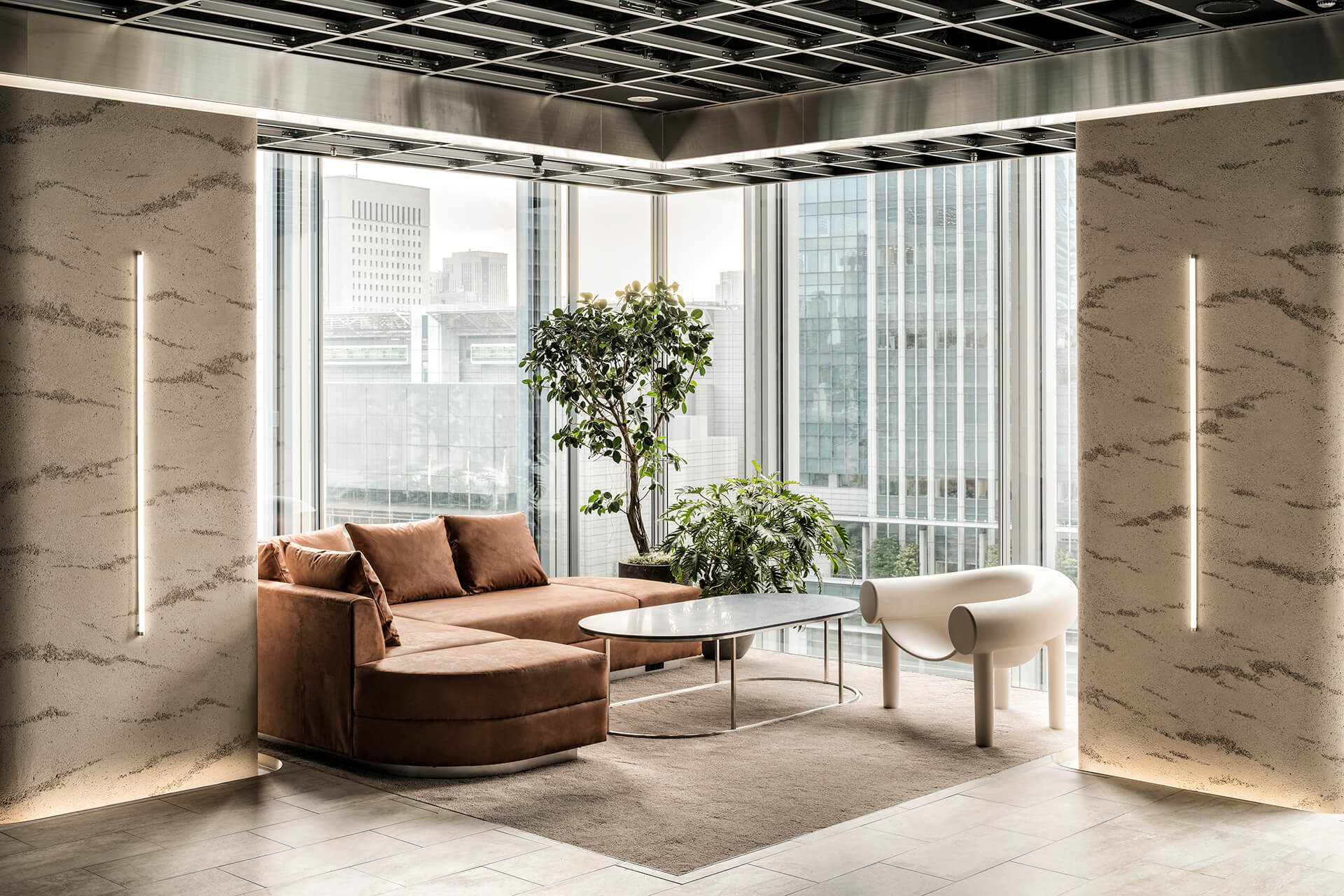 ‘The point was to create an office where people can truly relax,’ says a spokesperson for I In. Being at what’s known as Warp Studio should feel akin to free time. As such, the designers used tropes more commonly associated with residential living and dining rooms – including the throwback to the conversation pit.

But while the conversation pits of the past de-emphasized the importance of the television, I In’s design puts a high-resolution screen front and centre. Here, though, the content is more of a backdrop of digital wallpaper that sets the surrounding space aglow. More conversation starter than conversation deterrent, if you will, if not a warning sign of our tendency towards screen addiction. ‘By blurring the boundaries between the image and the reality,’ says the spokesperson for I In, ‘we aimed for an expression that symbolizes the future.’ That future, believes the studio, is a place where the entire office becomes a comfortable space in which to work.