Creative studio Civilivn has transformed a cramped early-20th-century office space into a flexible and open headquarter facility for non-profit Exalt. Targeted at empowering youth who have become involved in the justice system, Exalt sought to expand its operational capabilities – the new Lower Manhattan base enables the non-profit to better serve teenagers across NYC’s five boroughs.

Exalt supports NYC youth by assisting them to carve out paths toward educational and professional success through immersive programmes. Thus needing to accommodate a variety of communal functions, the team briefed Civilivn to create a post that could easily convert between an office and a classroom. The studio established distinct zoning and developed a modular furniture system to make this spatial duality possible. 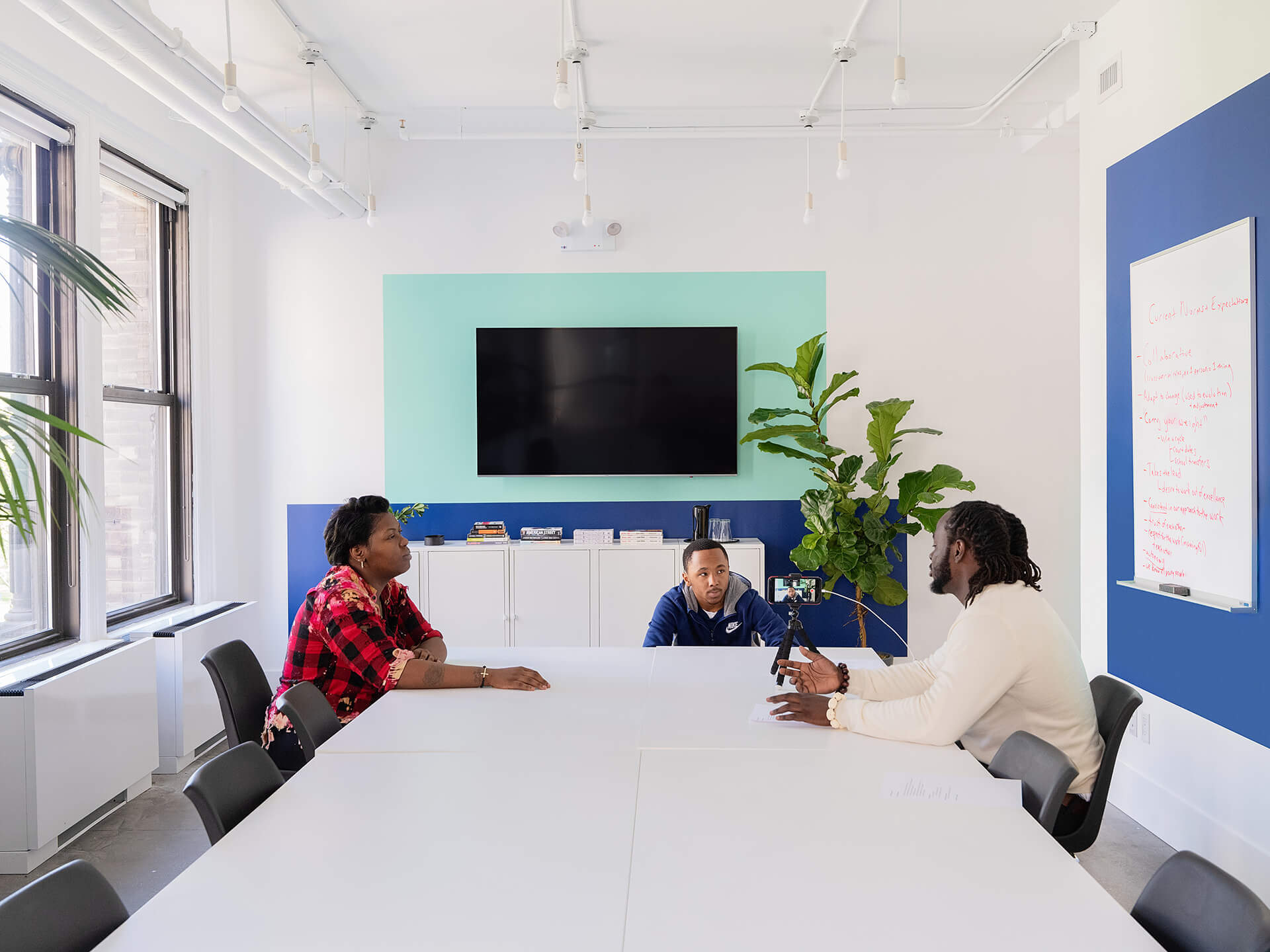 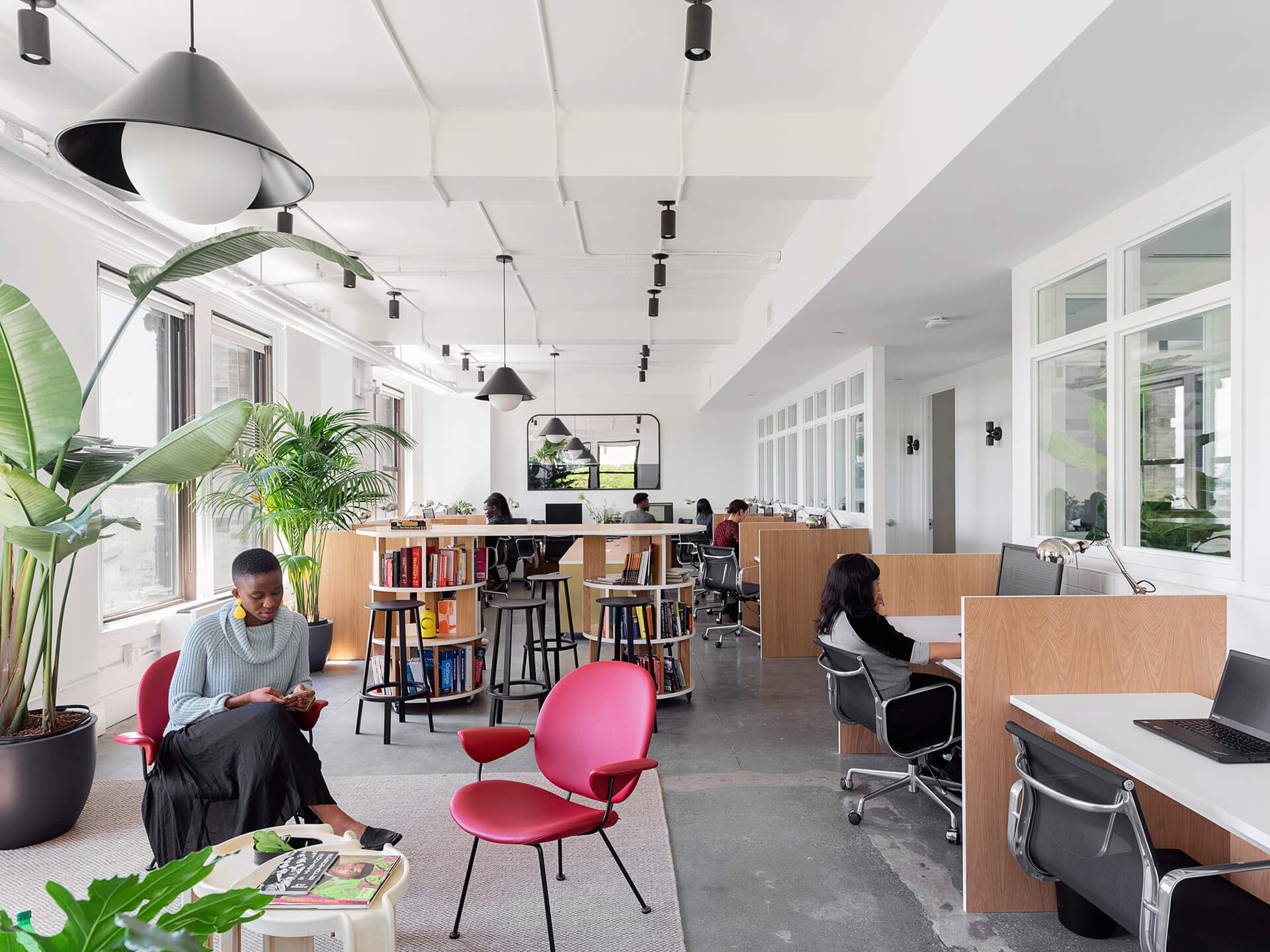 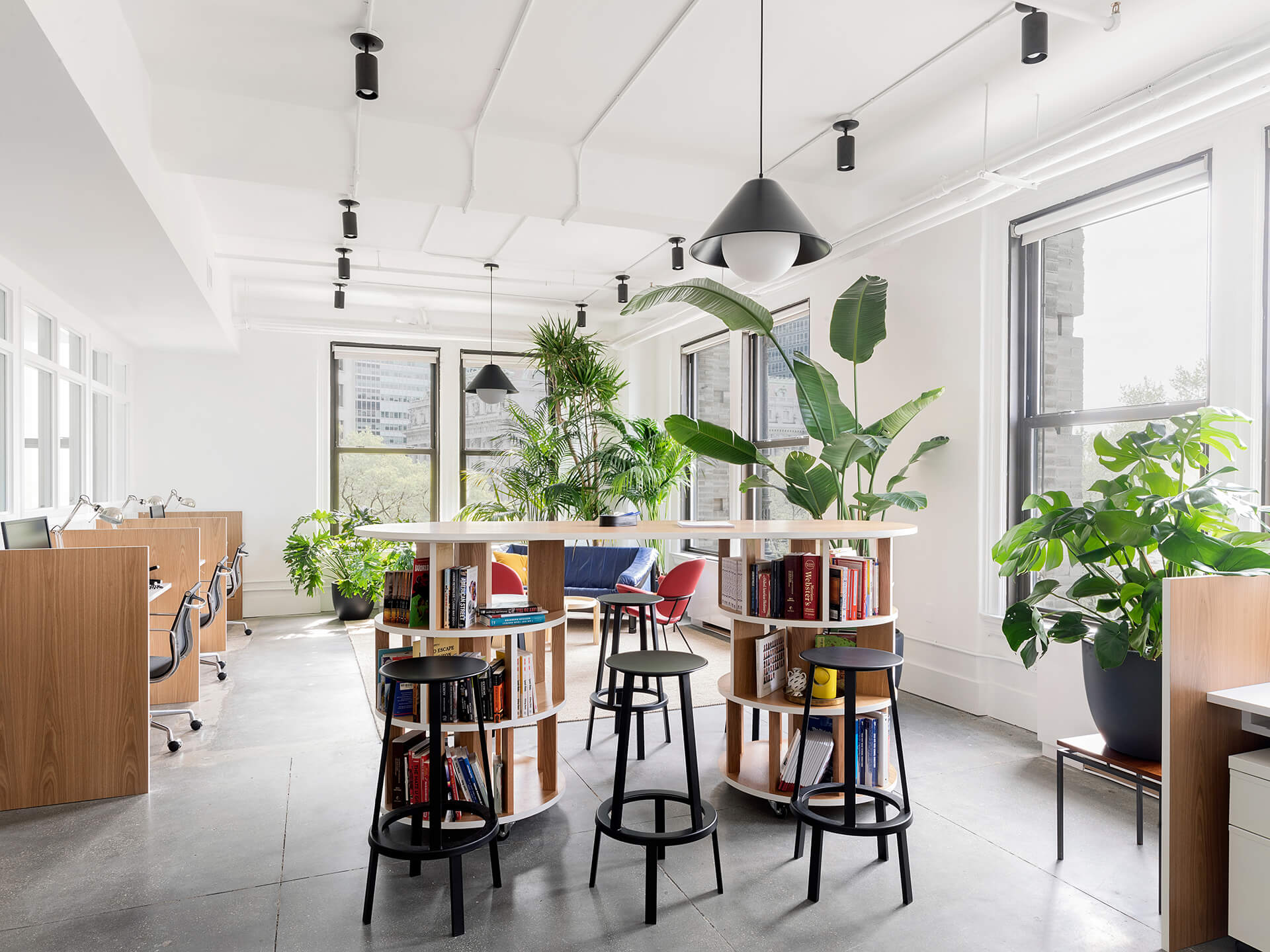 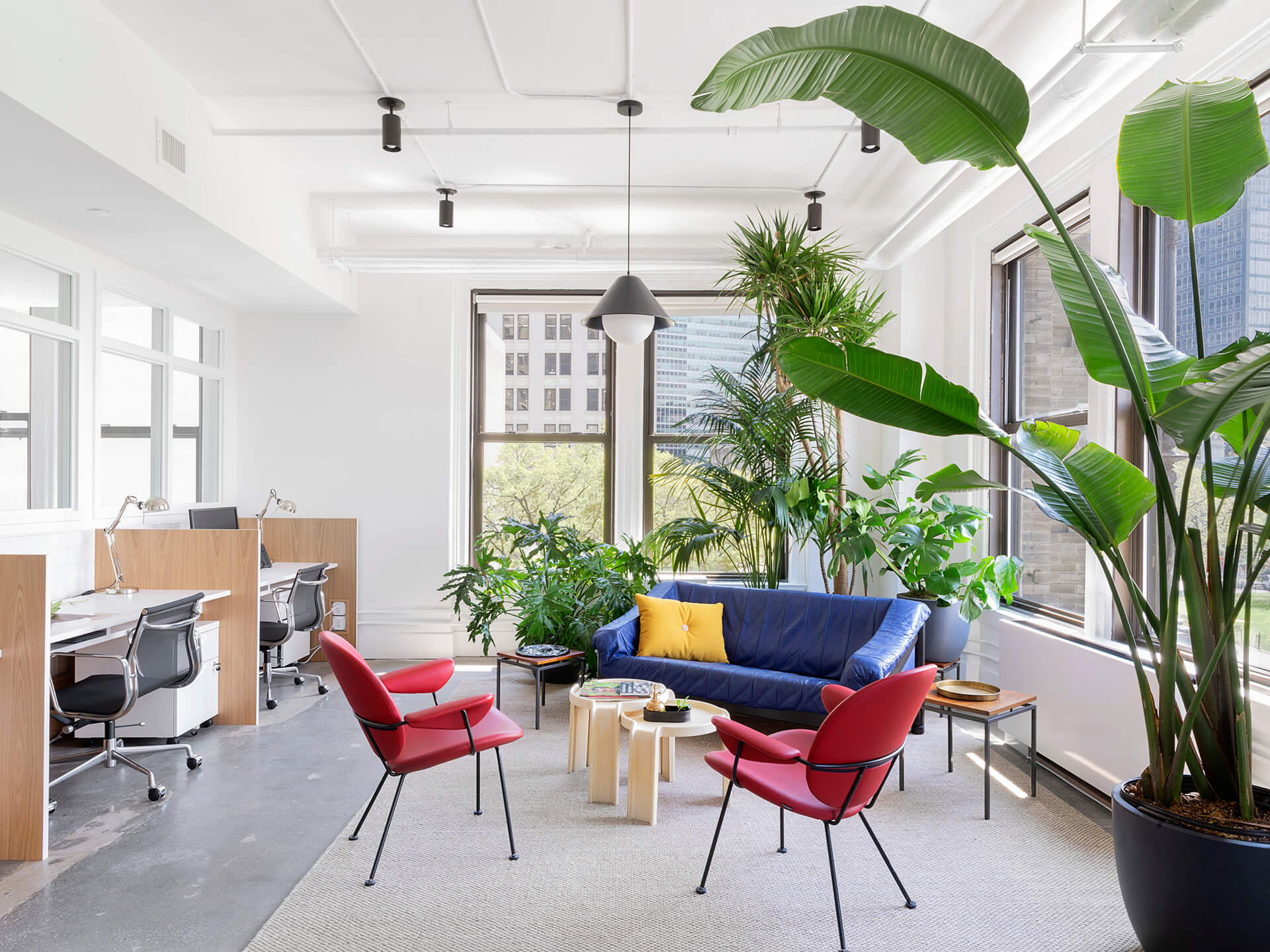 At the heart of the Exalt headquarters is a shared space flooded in light. Overlooking the New York Harbor – and, poetically, the Statue of Liberty – the area typically hosts individual workstations, a zone for collaboration, lending library and lounge. Additionally, though, it can accommodate occasional events such as lectures, screenings, private work sessions and graduation ceremonies. This communal area and the classroom and meeting rooms are screened by full-height partitions perforated by hollow-metal windows – the treatment maintains openness and interconnectivity while also boosting light flow and view access.

The office-classroom is fitted with custom furniture including built-in oak workstations, a demountable break-out table, bar-height collaborative table and an integrated shelving system.