The US presidential election saw an eruption of ugly defile the world’s surface. It wasn't all bad, though. The year 2016 will go down in history as the first time in America that a woman candidate received a presidential nomination from a major party – and beat her opponent. During the milestone race, however, male chauvinism reared its horrible head, bitterly reminding us that misogyny is alive and well in the land of the free. Anticipating election results, Portuguese artistand feminist Joana Vasconcelos mounted a powerful exhibition at the Aros Aarhus Kunstmuseum in Denmark. The show includes no fewer than 17 installations, a collection that honours all it is to be, unapologetically, female. Among the works on display are a helicopter clad in ostrich feathers, a giant stiletto built from saucepans, and a chandelier crafted from thousands of tampons. 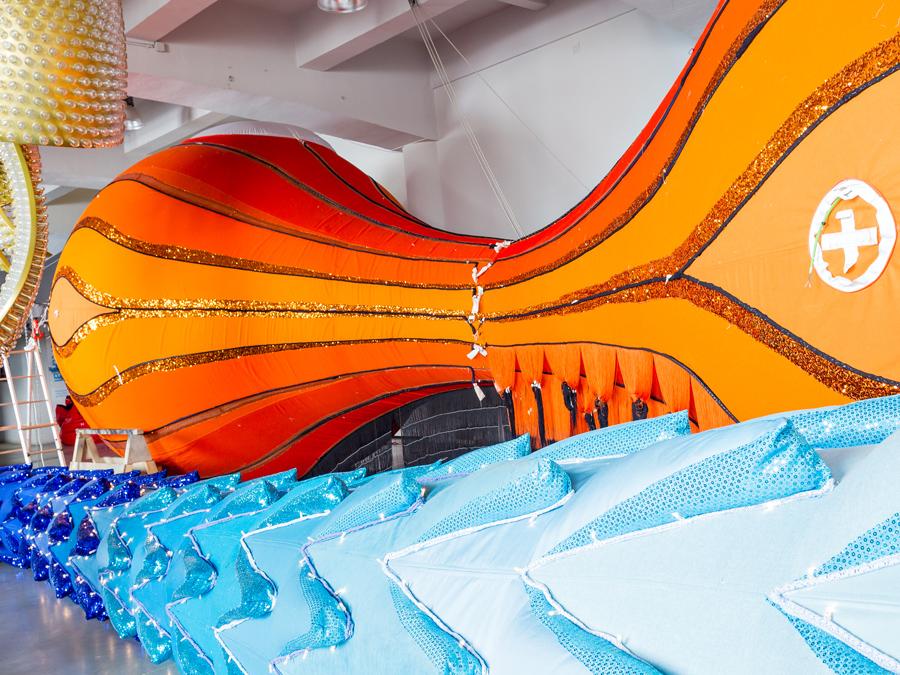 Entitled Textures of Life, the retrospective immerses visitors in a vibrantly sensuous world of sheer femininity. Enshrining 16 of the 17 works are cylindrical textile tents that at once conceal and commemorate their contents. The soft structures, made from fabrics by Kvadrat, invite gallery goers to get, quite literally, under the sheets with Vasconcelos and her art. 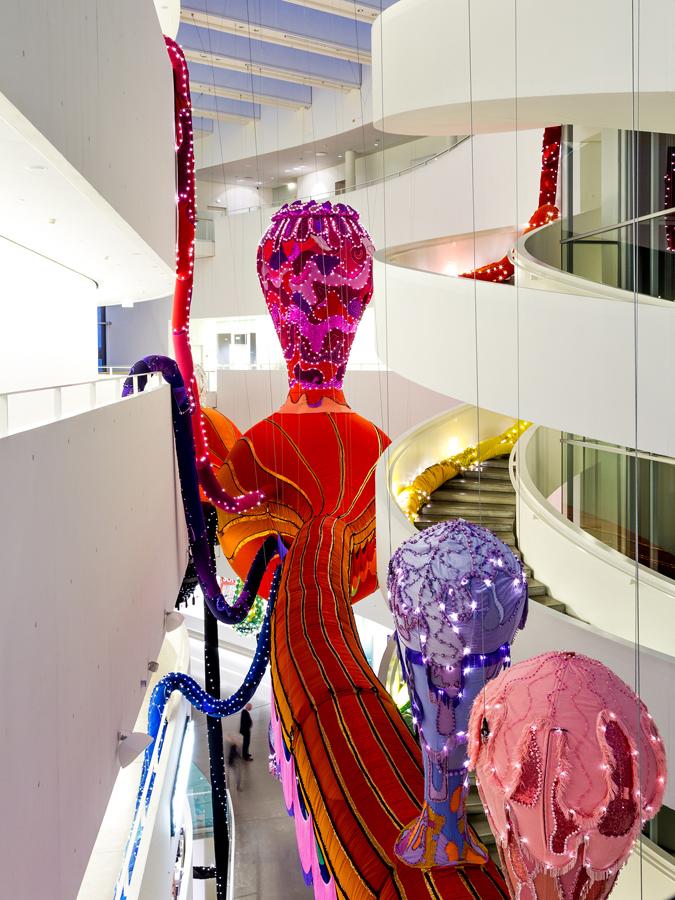 Meandering through the venue’s garden and exhibition spaces is the highlight of the show and the artist’s latest work: Valkyrie Rán. Made specifically for the museum, the 50-m-long spectacle mimics blood vessels while guiding visitors through a pulsating ‘current’ of colour and light. To create the piece, Vasconcelos infused a stream of Kvadrat fabrics with a ‘nervous system’ of LED lights that bring the giant organism to life. Valkyrie Rán will survive the temporary exhibition to become part of the museum’s permanent collection. 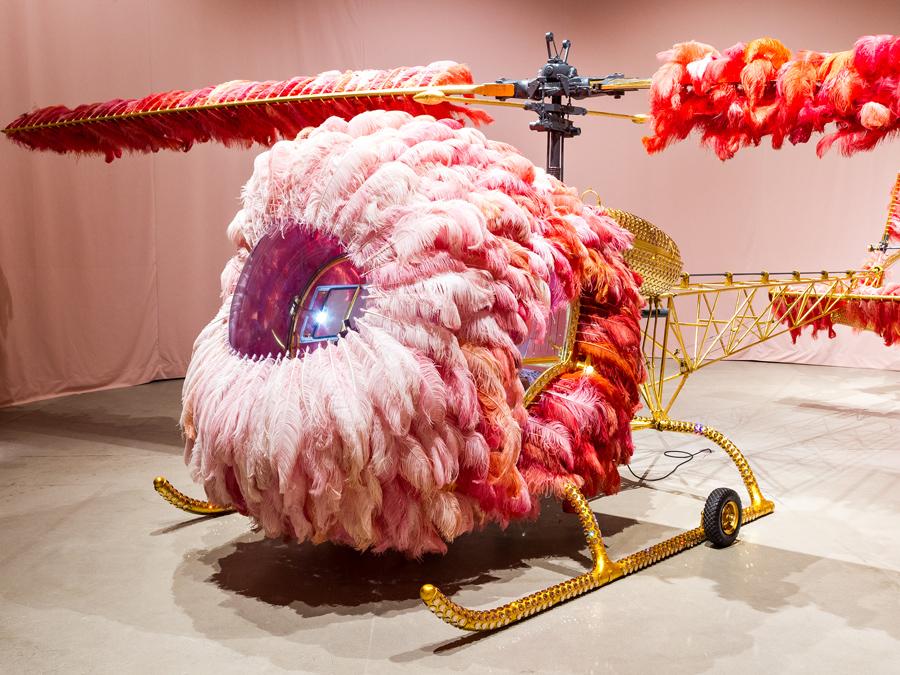