The Floating Worlds of the Biennale de Lyon

For the theme of the 14th edition of the Biennale de Lyon in the south of France, guest curator Emma Lavigne has drawn inspiration from ukiyo-e. Literally translating as 'Pictures of the Floating World', ukiyo-e was a highpoint of Japanese culture during the Edo period (1615-1868). Lavigne, who is director of the Centre Pompidou-Metz, has interpreted the term metaphorically. While several works by the 80 artists at the biennale employ water, the idea of ‘floating worlds’ conveys the trans-disciplinarity of artistic practices, interfaces between art and other disciplines, and connections between 20th-century and contemporary art.

Take Lavigne's decision to house Céleste Boursier-Mougenot's Clinamen v4 – a blue swimming-pool installation with white china bowls moving and clinking on its surface – inside Richard Buckminster Fuller's geodesic dome, Râdome (1957). The first time that the dome has exited the Centre Pompidou's reserves in 20 years, the move marries utopian architecture with the acoustics of contemporary art. 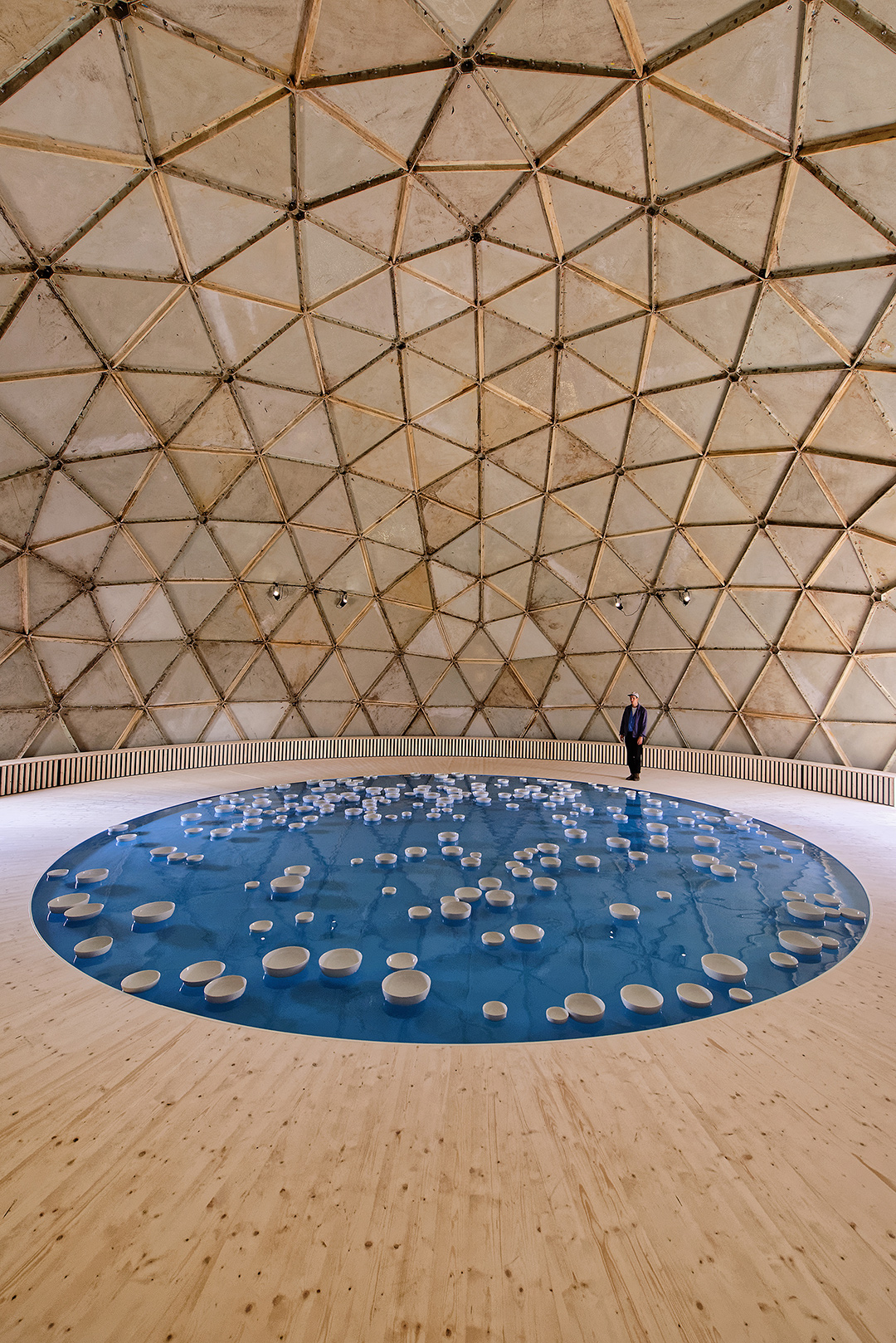 ‘Emma could only imagine my work inside Buckminster Fuller's dome, and because it's off-site [on Place Antonin Poncet], it provided the opportunity to invite me to the biennale for a second time,’ says Boursier-Mougenot. Indeed, as he participated in the last edition curated by Ralph Rugoff, director of the Hayward Gallery in London, he would have been ineligible for inclusion in the main venues at MAC Lyon and La Sucrière this year.

Doug Aitken's spatial installation Sonic Fountain II (2013-2017) at La Sucrière, an industrial, former sugar storage warehouse along the quay, also explores the relationship between sound and water. A pool of milky water in a crater has a stream, variably tinkling or cascading, from the ceiling onto its surface. 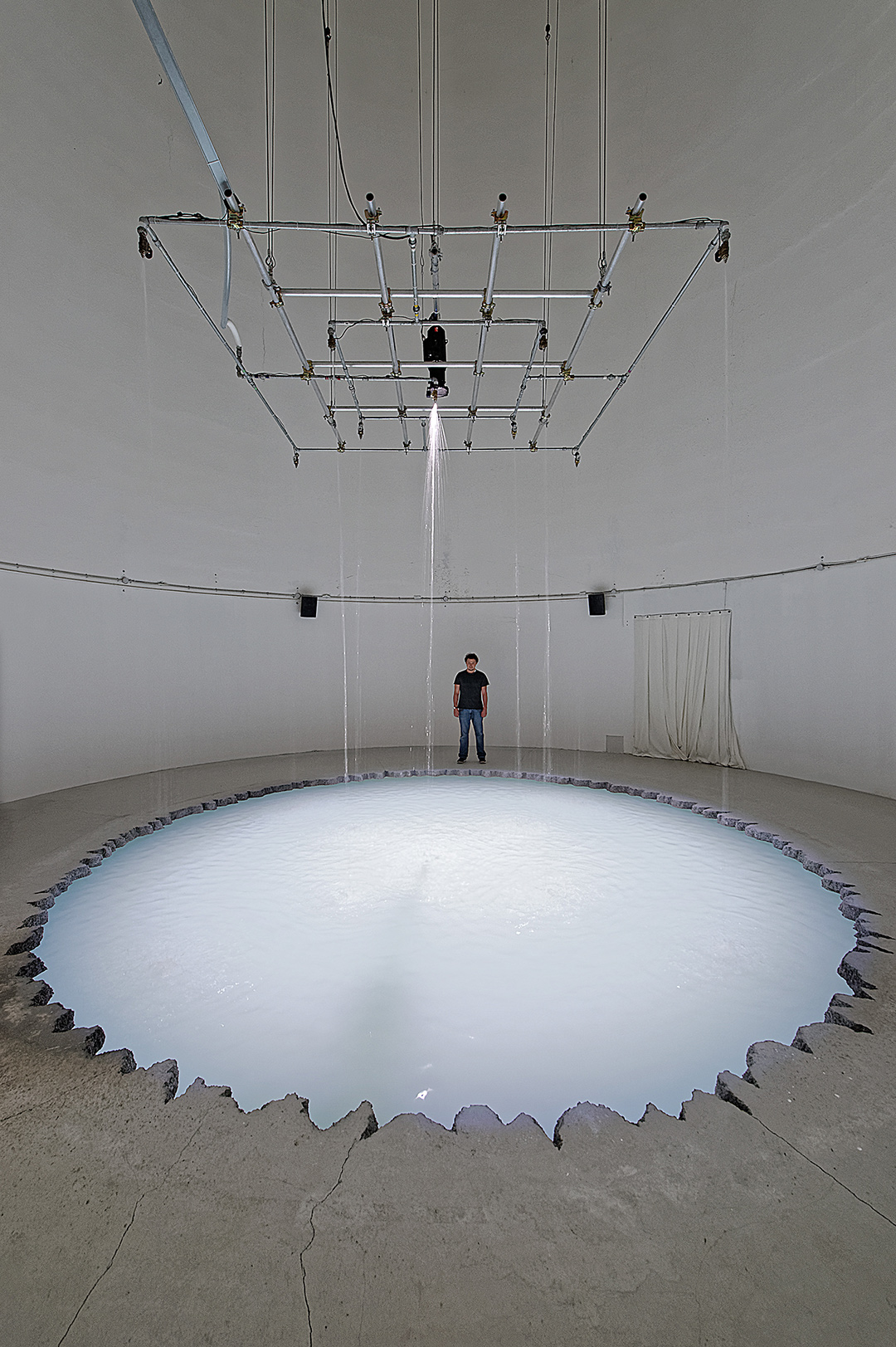 The sounds of the droplets, recorded by underwater microphones, are amplified in the space. The site-specific sonic piece follows Aitken's project Underwater Pavilions of three geometric underwater sculptures installed off a Californian island last year. 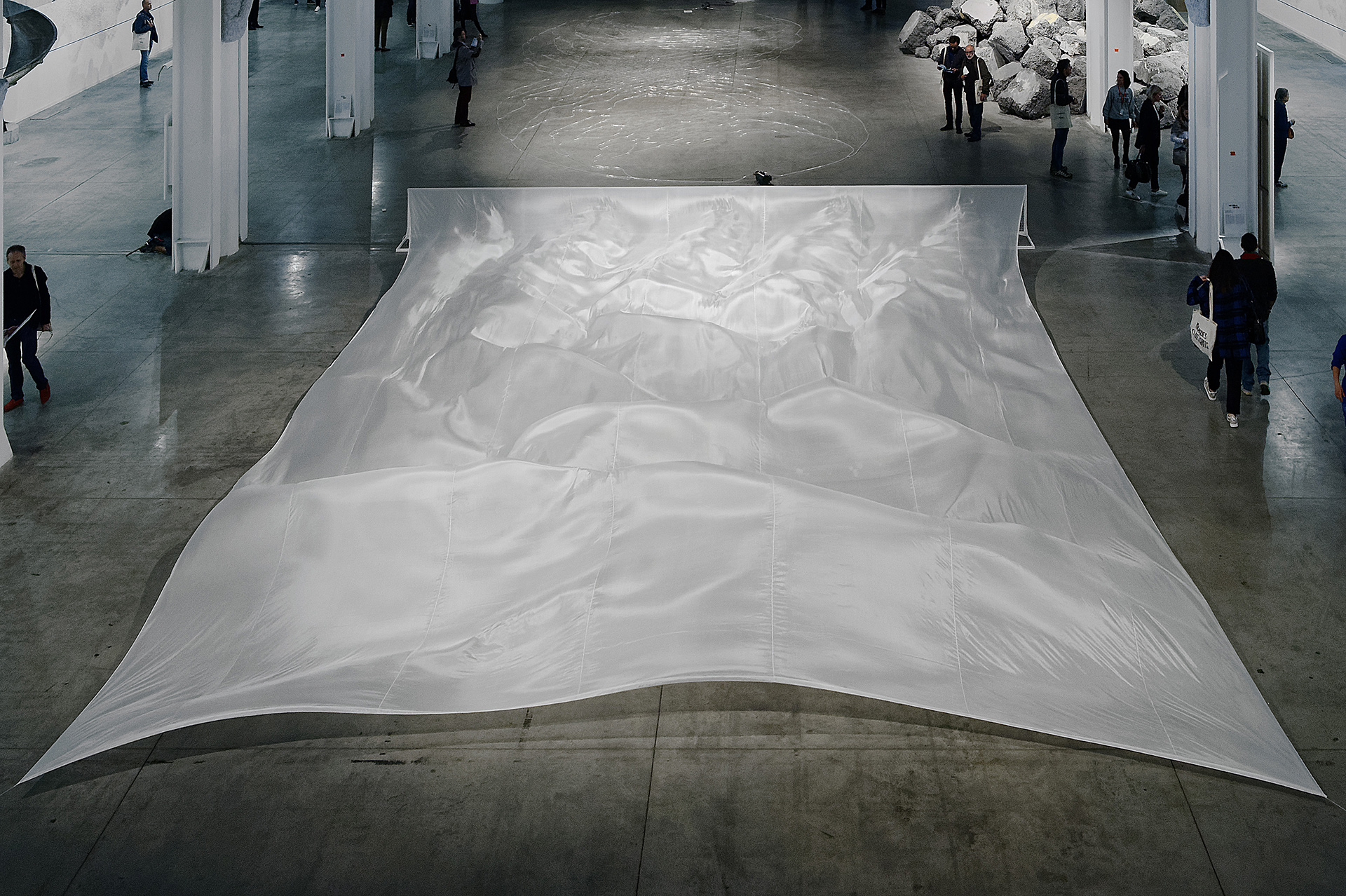 The flow of movement is experienced, too, in Hans Haacke's Wide White Flow (1967-2017), a reconfigured installation from the 1960s featuring a huge rectangle of white silk that undulates in a breeze created by four ventilators.

While many works evoke a relationship to the natural world, Tomás Saraceno's Hyperweb of the present (2017) is natural life itself. A single spider moves across a ‘hybrid web’, weaving its web over a pre-existing one. What at first glance appears to be a glass cube turns out to be a mere metal frame; the fragility of which is accentuated by the darkness of the space around it. The installation's ‘soundtrack’ is that of the vibrations of the spider's movements recorded with a set of microphones, the arachnid unwittingly performing a concert. 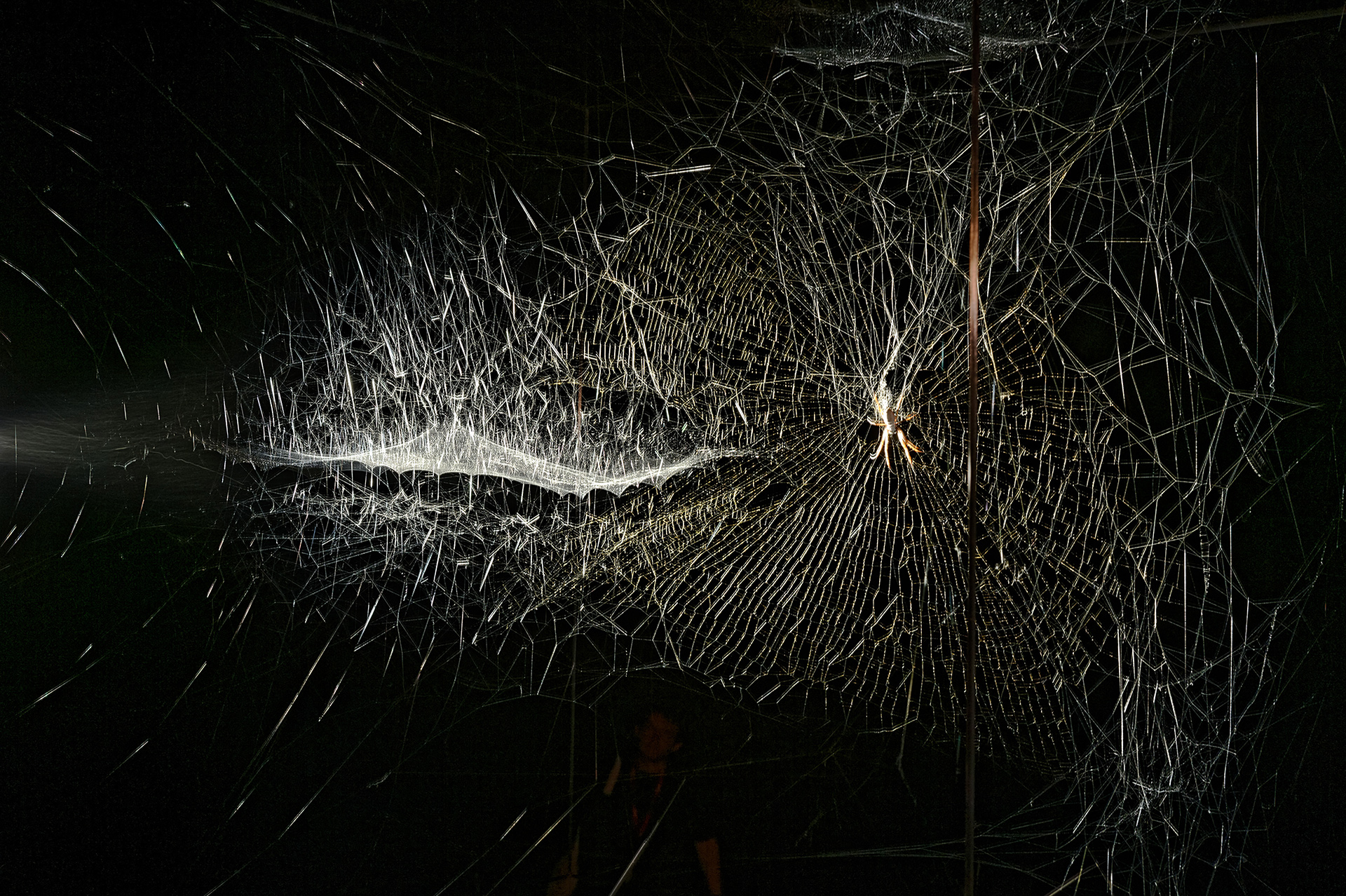 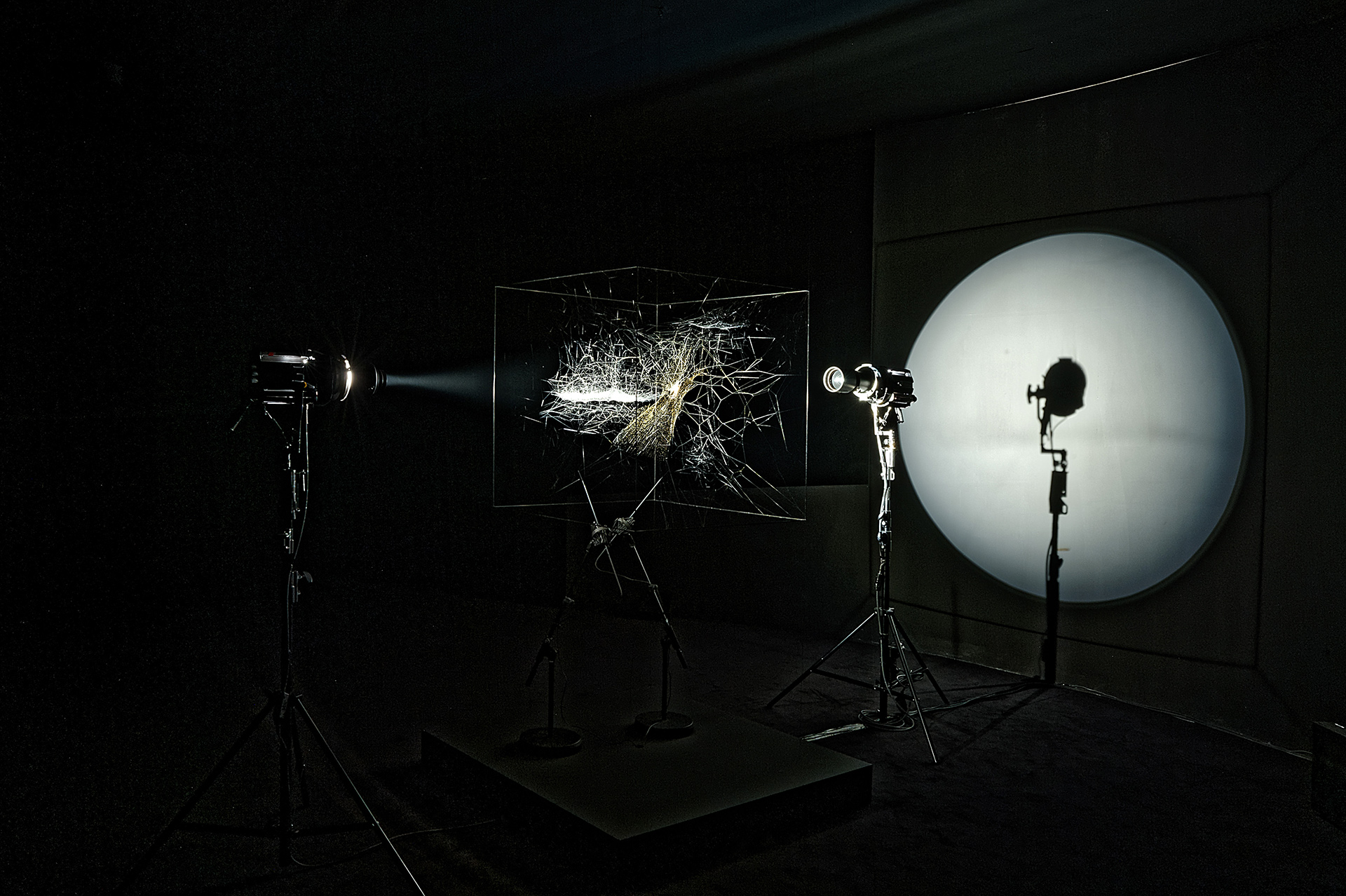 At the MAC Lyon, modern artworks are juxtaposed with contemporary. Of particular interest is Jill Magid's project to repatriate the late Mexican architect Luis Barragán's archive. The archive had been acquired by Rolf Fehlbaum, the owner of Vitra, as a gift for his fiancée, the historian Federica Zanco. When the couple refused to give her access to the archive, Magid, an American conceptual artist, offered an exchange: a diamond made from Barragán’s ashes for the repatriation of Barragán’s professional archive. A video shows gravediggers removing a metal plaque and part of a brick façade in order to excavate a copper urn filled with Barragán's ashes. Magid scoops out a handful of the ashes for a diamond to be made, which she presents to Fehlbaum saying, ‘I am offering you the body for the body of work’. A circular carpet of brightly coloured flowers – some artificial, others dried – fills the floor of a room, inspired by the Day of the Dead offerings in Mexico. 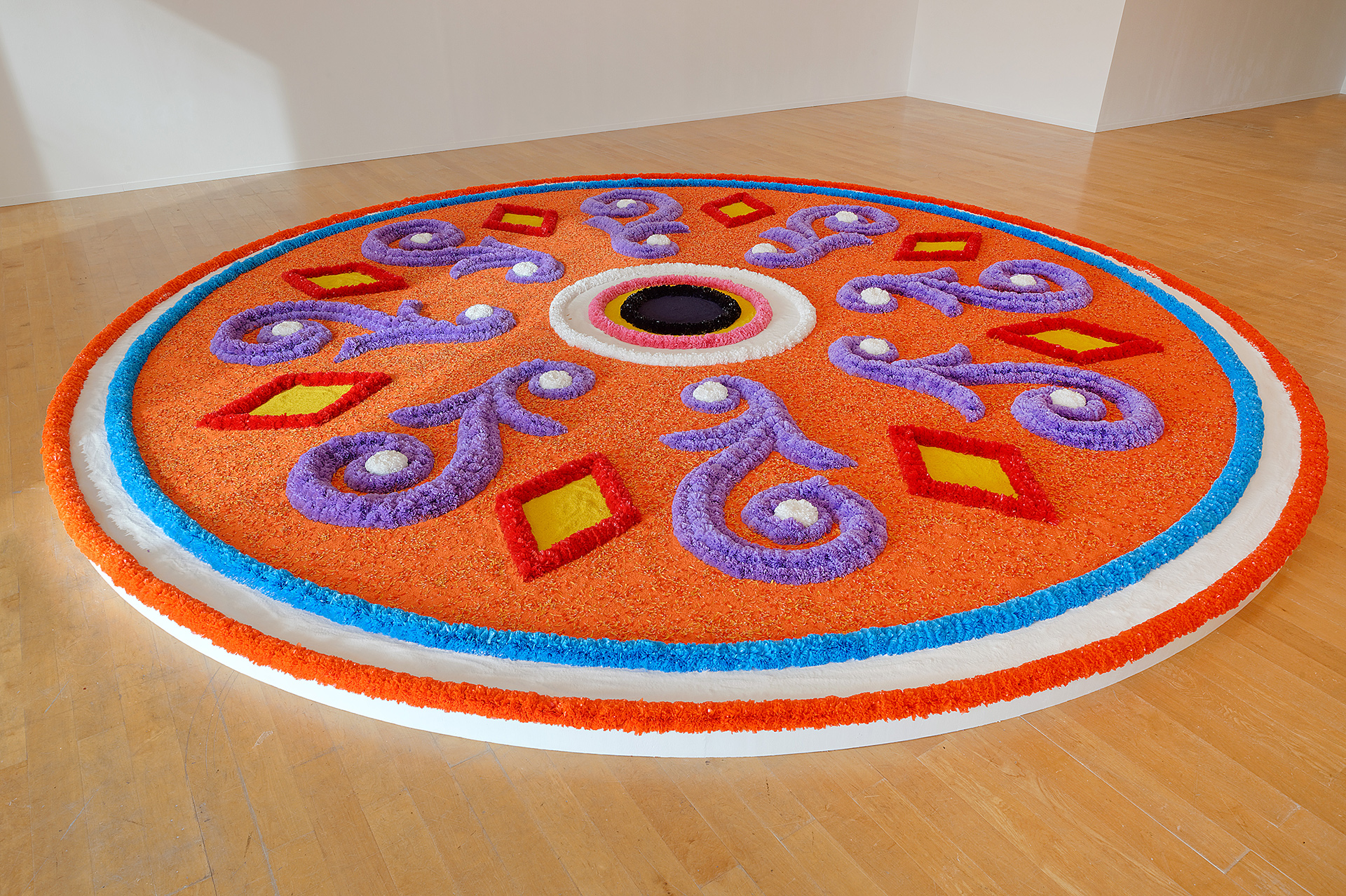