The ingredients for this restaurant? Japanese methods and Brazilian charm

Thanks to a large-scale immigration wave that took place in the early 20th century, Brazil is home to the largest Japanese population outside the Asian archipelago. Os japas, as they are commonly referred to, have left their mark in art, architecture, food and pop culture. In fact, up until this month, some of the best things to come out of the mix of Brazil and Japan were mother-and-son artist-and-architect Tomie and Ruy Ohtake, as well as Sabrina Sato, the powerhouse TV presenter who has slayed the Sapucaí year after year as one of the most revered and charismatic carnaval queens today.

But you can now add to that list the Kaikaya, a Nikkei restaurant that mixes sushi with Brazilian ingredients in ways that go beyond the food. 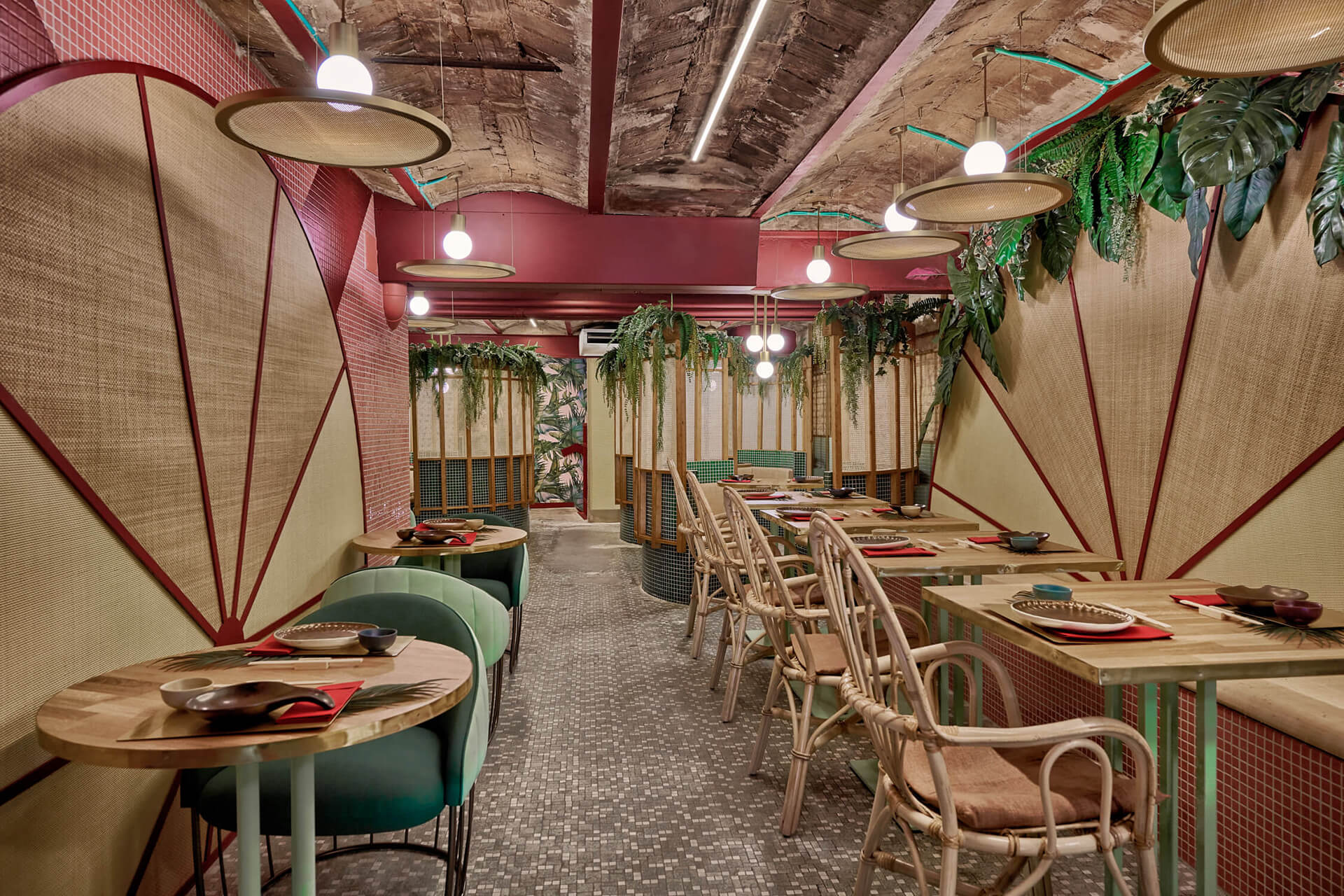 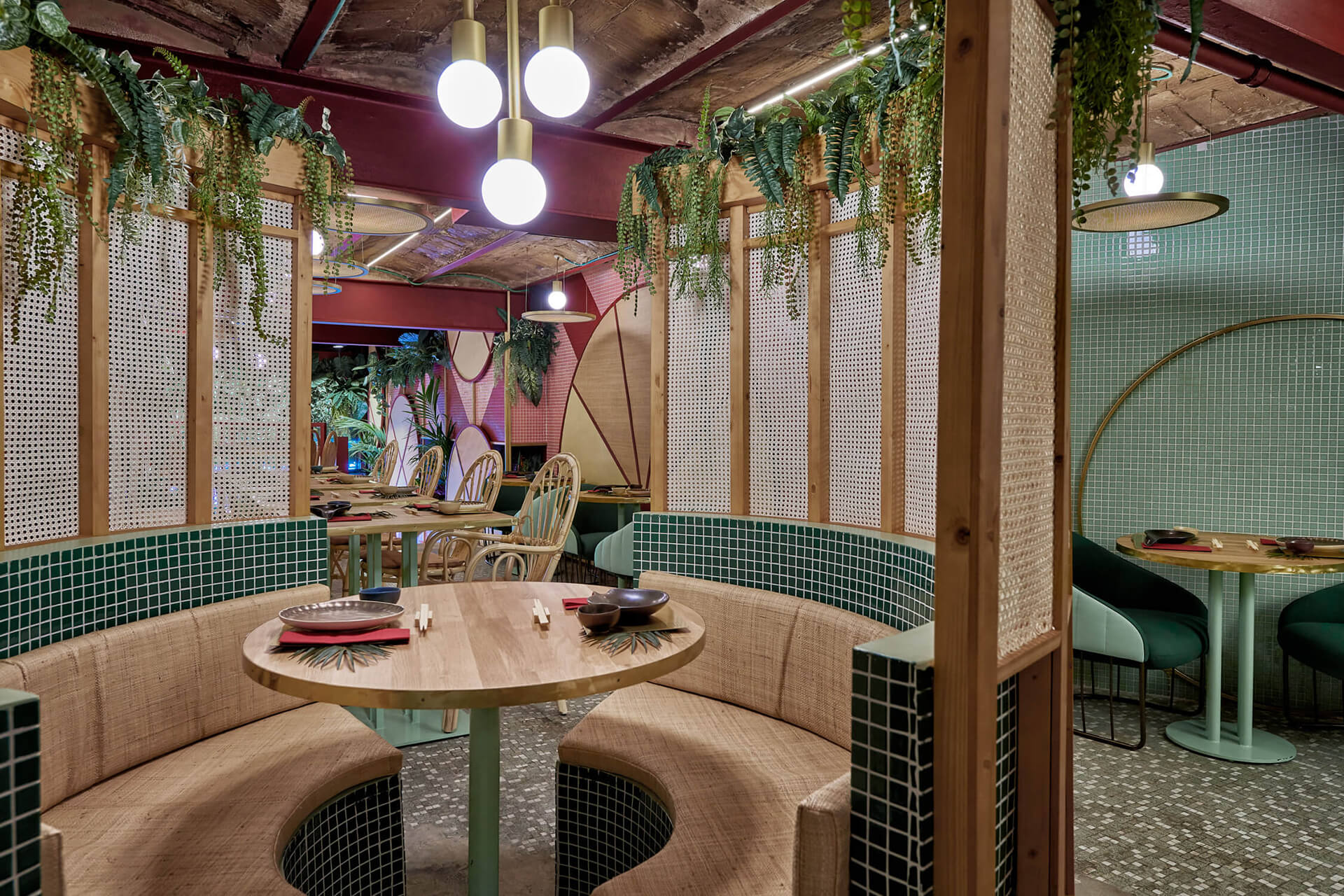 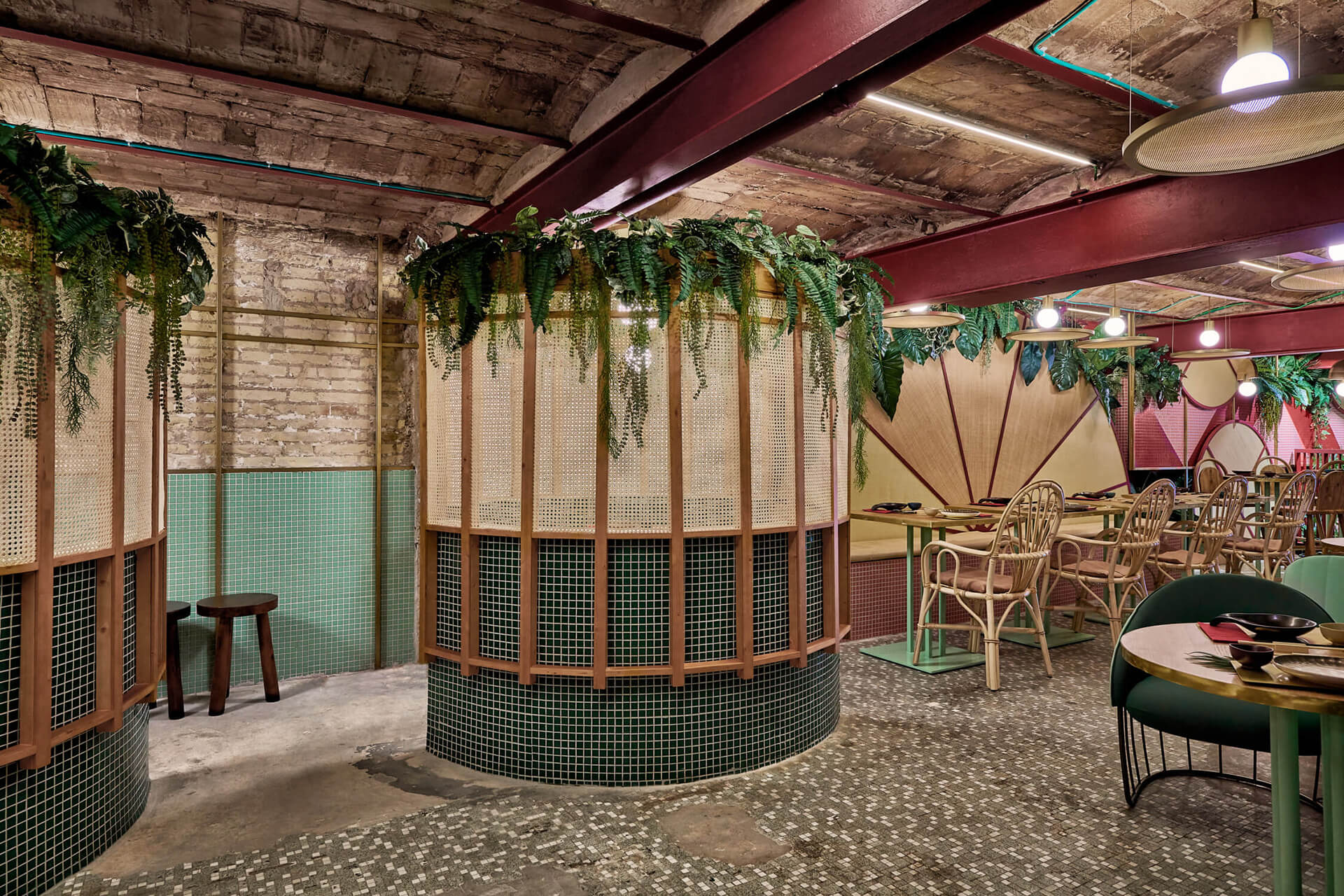 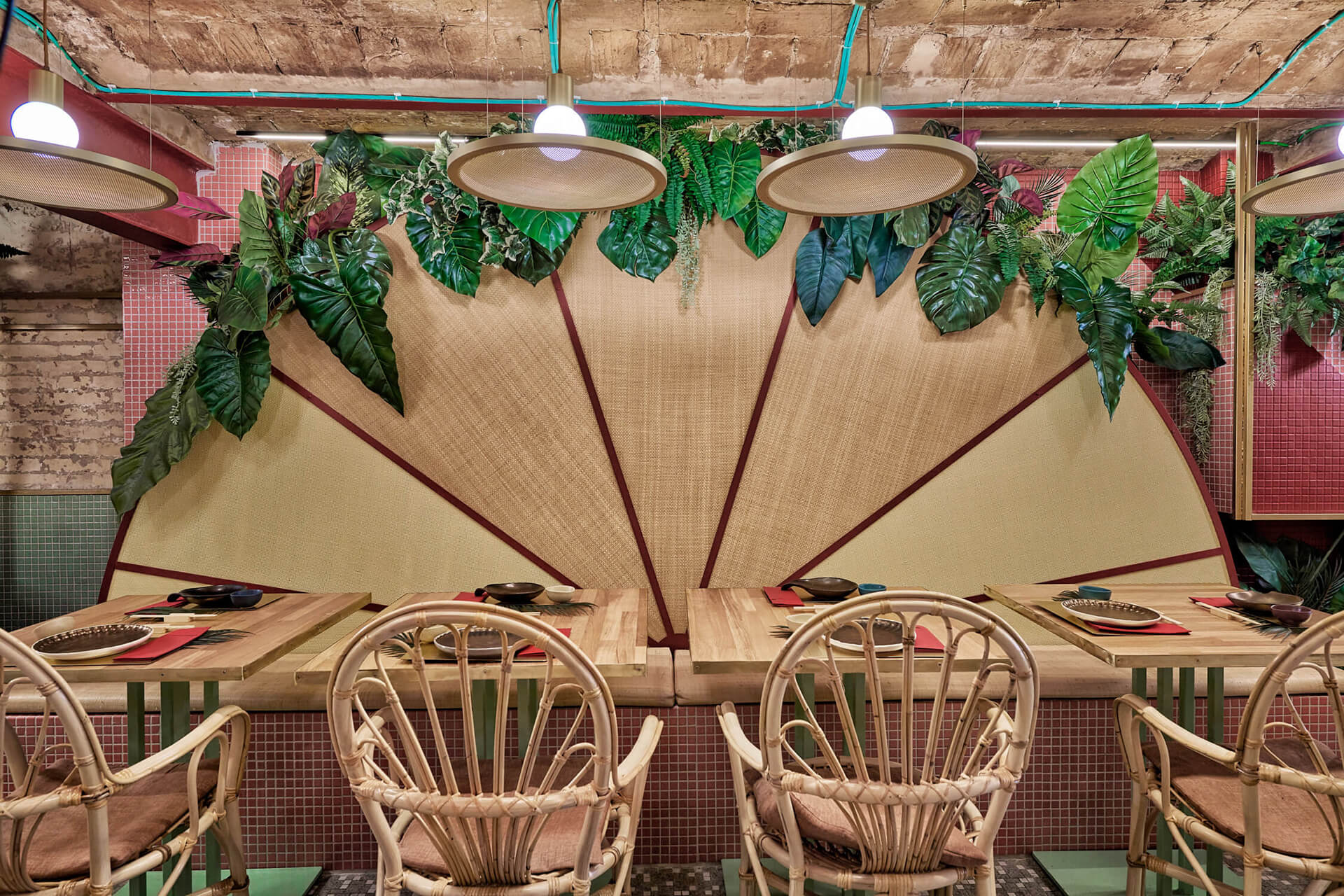 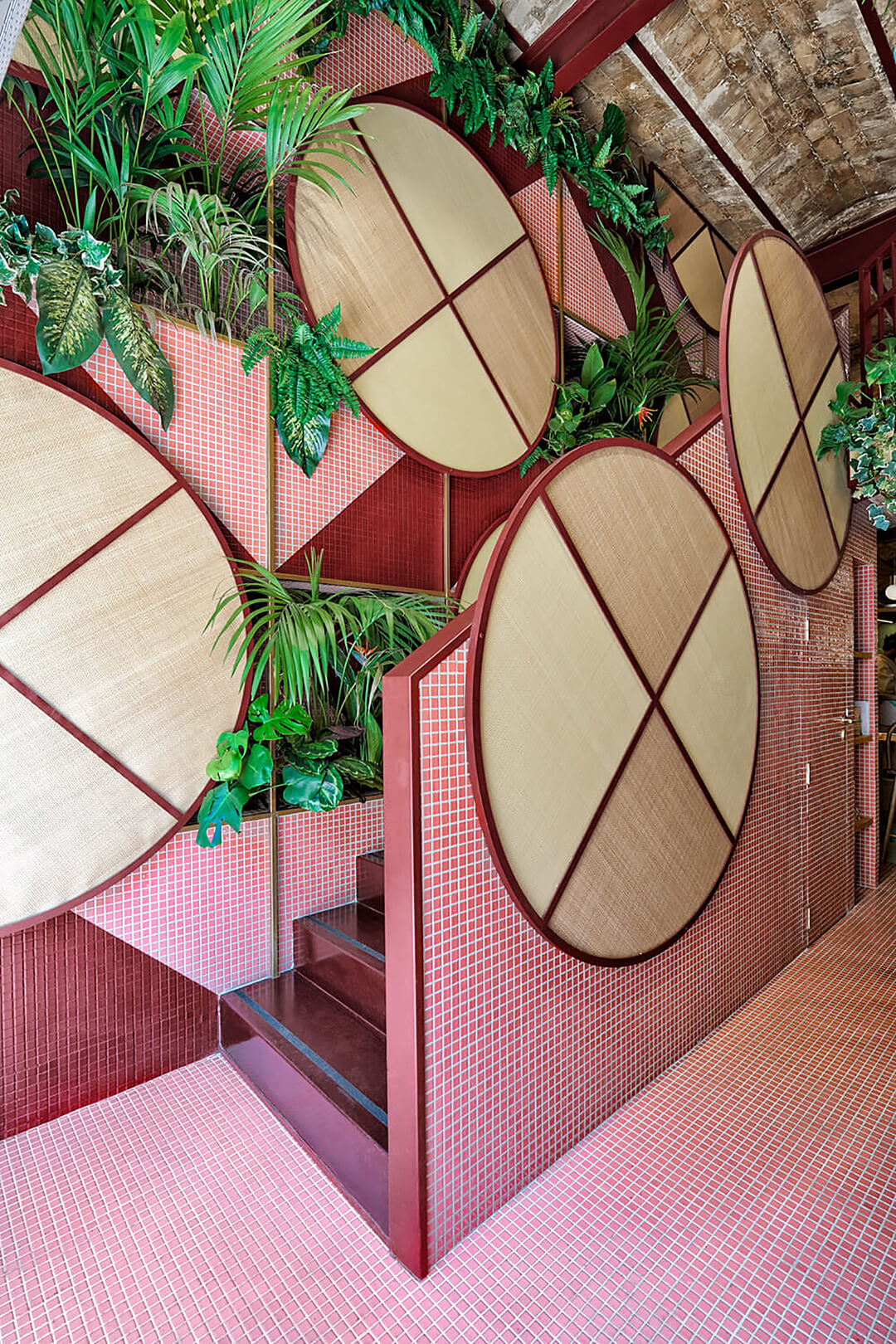 Located in Valencia, Spain, the spot fuses the methodic traditions of Japanese gastronomy with the lively everything-goes approach of Brazilian cuisine – I’ve you’ve ever had a serving of the impossibly concocted acaraje, you’ll know what this means. Masquespacio, the studio in charge of translating that fusion into the spatial design, certainly had fun with the references: with strong splashes of colour, the wood and raffia of the Asian nation come together with the plants, mosaic tiles and tropical birds usually associated with the land of samba.

It's the wood and raffia of Japan with the plants, mosaic tiles and tropical birds one usually associates with the land of samba

Ana Milena Hernández Palacios and Christophe Penasse, the studio founders, were mostly inspired by the Tropicália of the late 60s and early 70s – the countercultural musical movement that gave the world the likes of Caetano Veloso, Gal Costa and Gilberto Gil. But they were also led to this deep-pink fantasy by the enthusiasm of Kaikaya’s owner, Mireia. A native Valencian, her passion for the Brazilian way of life supplied the team with a large set of cultural and historical references that led to this proposal. 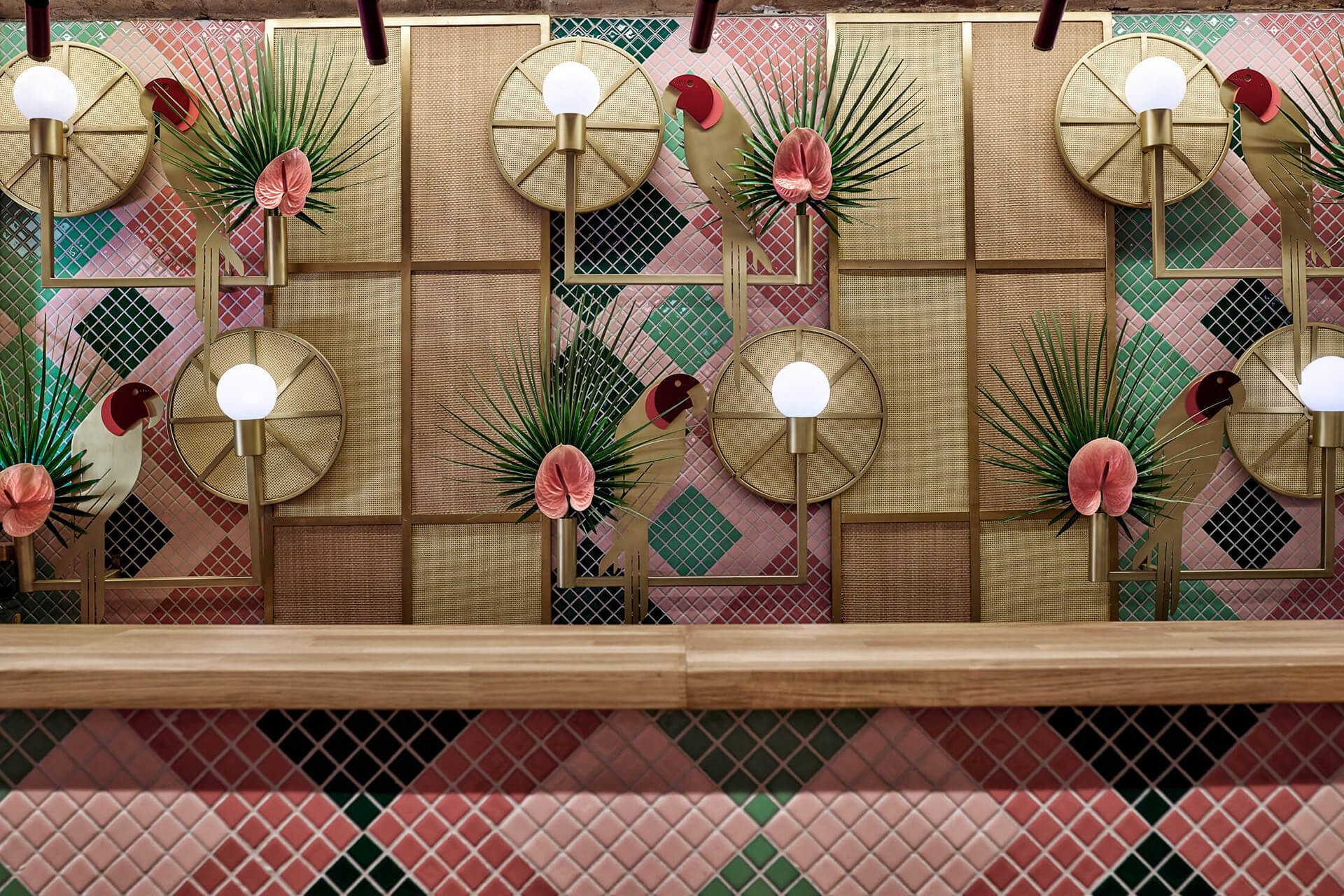 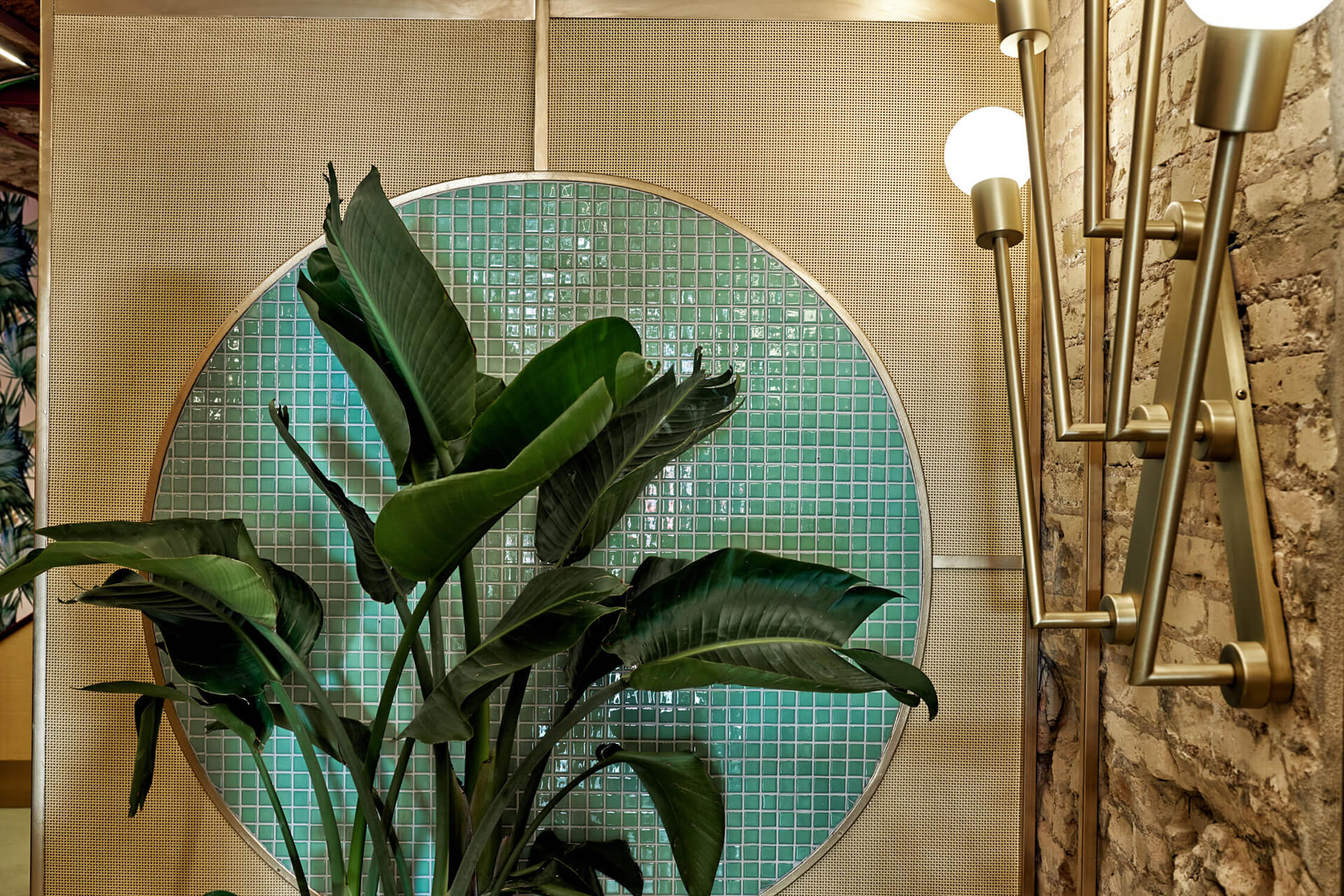 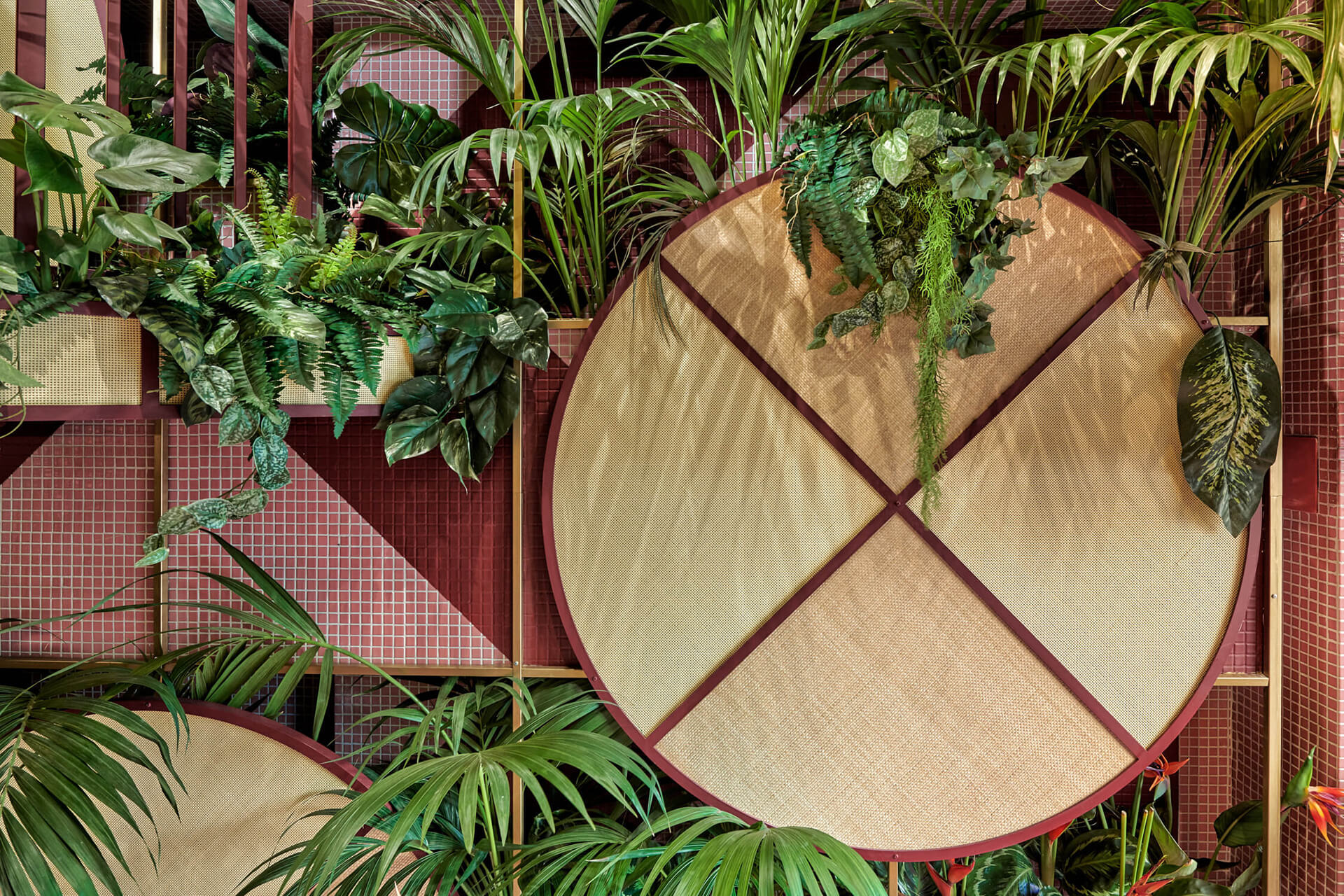 But the execution also excels at acknowledging the land it stands on: it honours the venue’s past by leaving the vaults, metallic beams and original bricks of its past exposed, as a way to highlight the beauty of the imperfections left by its years of existence. In other words: every fantasy becomes even better when it’s brought out into the real world. And this one in particular, with its controlled mix of shades that go from blush to rosewood and its exposure of the incontrollable effects of time, is certainly a good one.