The Japanese-inspired staircase of this Barcelona home was essential to its renovation. Here’s why

Once there was a two-storey semi-basement house in a 1924 building nearby Barcelona’s Park Güell that had suffered the obvious hands of time. That is, until architecture and interiors practice Mas-aqui came along. The local studio, founded by Japanese architect Masaaki Higashi and Minorcan artist Esther Mir, have made a total revision that brings the residence into this century. While it was clear from the start of the project that the home would need a sizable intervention, for Higashi and Mir, it introduced an ‘exciting challenge to transform the difficulties into the opportunity to achieve a unique home with a marked personality’.

‘The rooms were completely lacking in light and ventilation, and communication between the different floors of the building was complicated,’ explain the architect and artist, adding: ‘The lower basement had been practically abandoned for years, and access was only possible via an outside staircase.’ Their initial task was to redefine the uses of each space, so as to reconnect and maximize the functionality of the interior.

Now the home distributes its square meterage over five sections, with two connected exits that open to the outdoors. Perhaps the most pivotal point of the renovation was the addition of a staircase – for which an excavation of 1.2 m of land was necessary. ‘This intervention completely determined the character of the house and became a central element,’ they continue, explaining that the excavation created a double-height space. 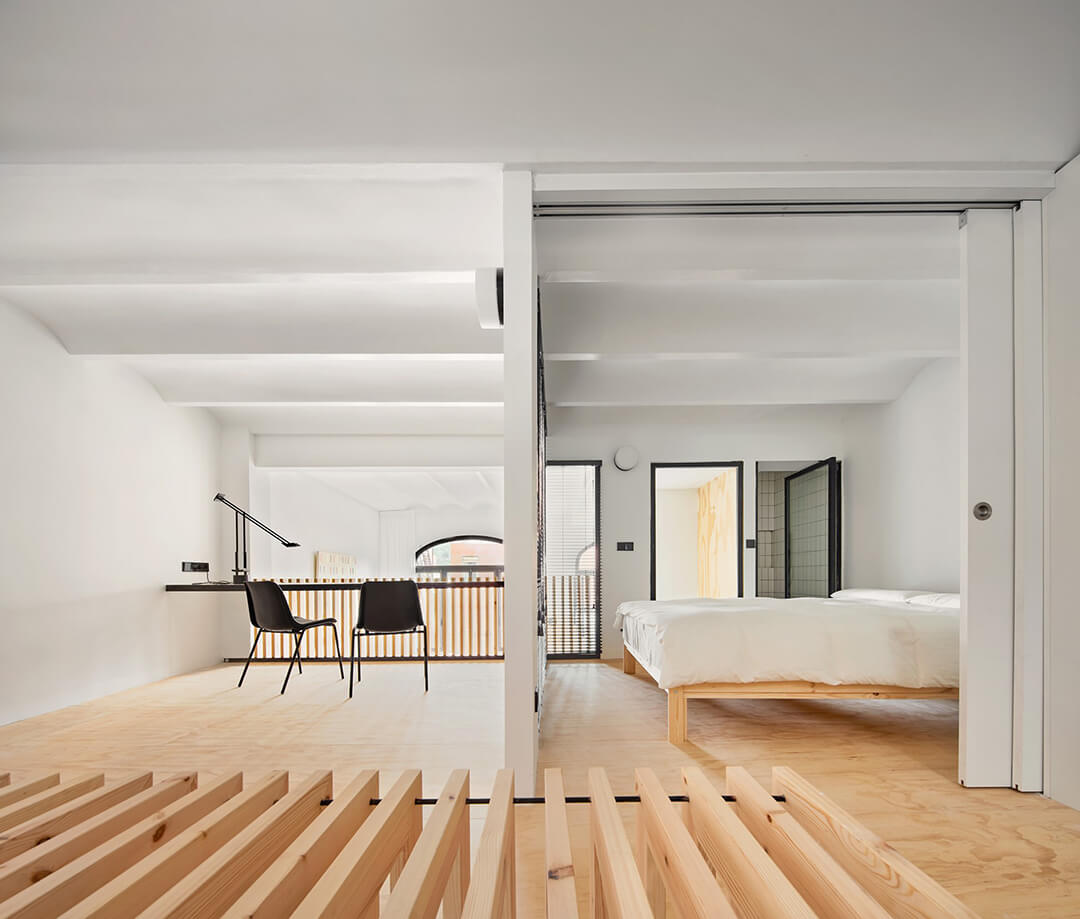 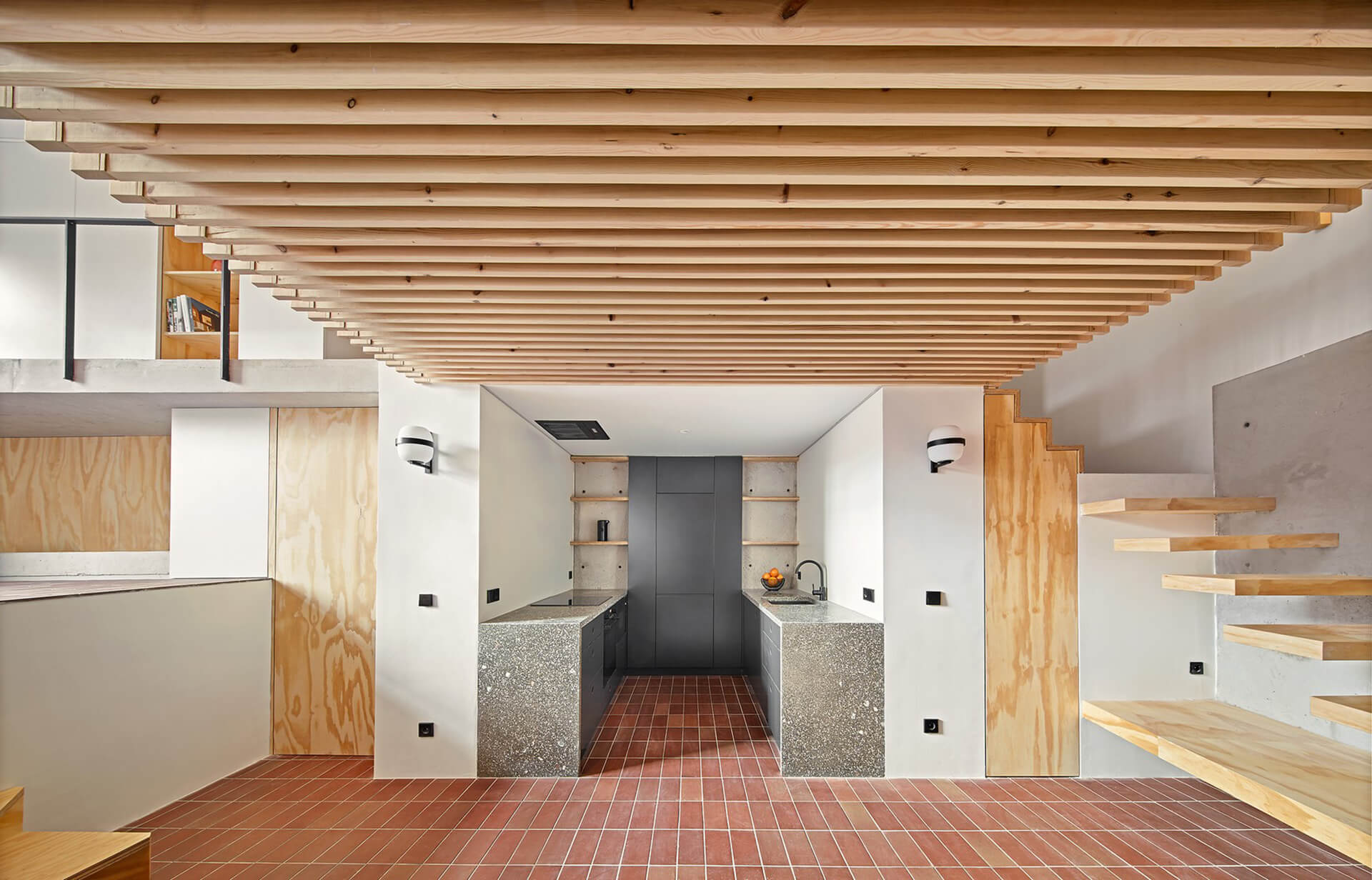 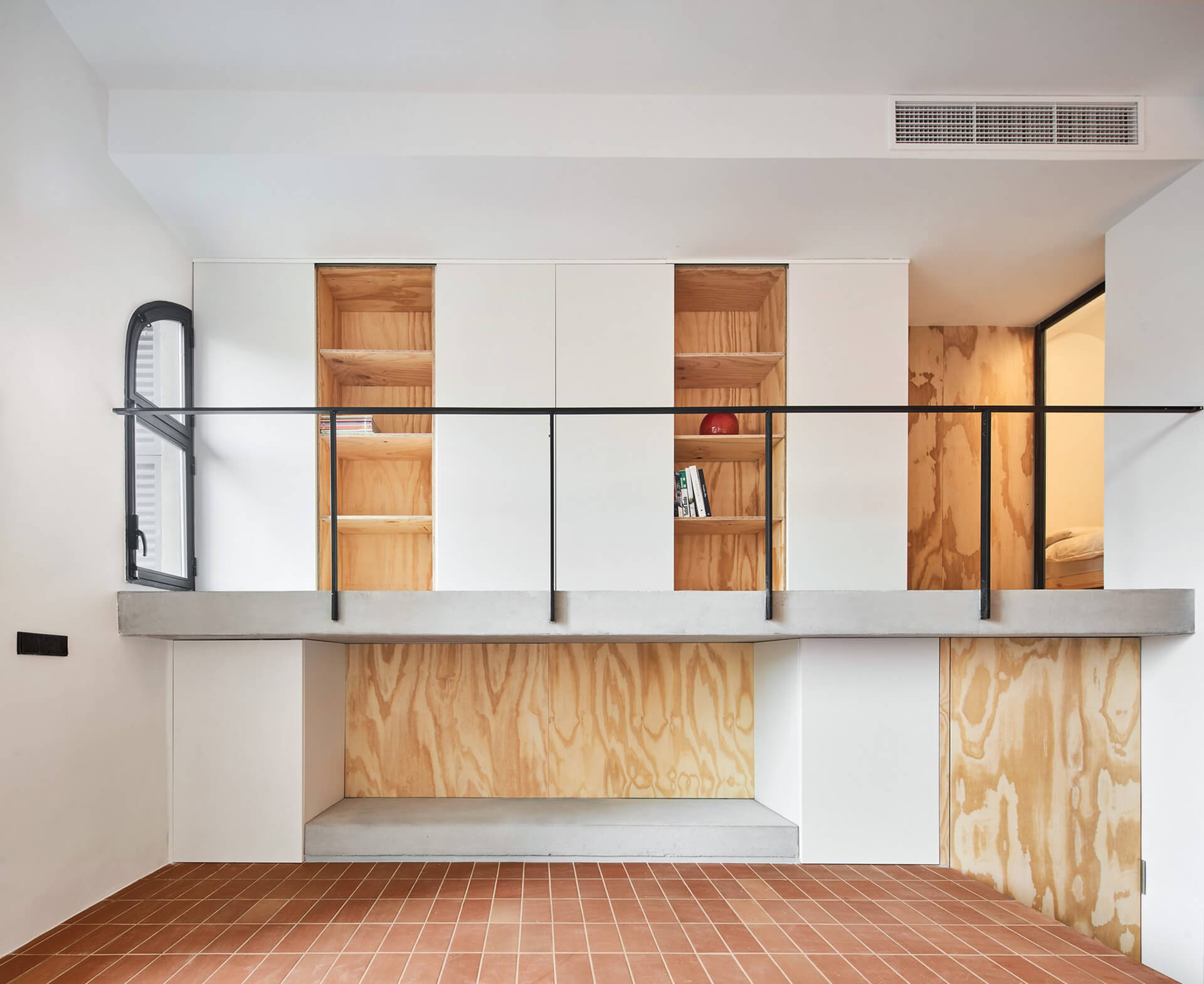 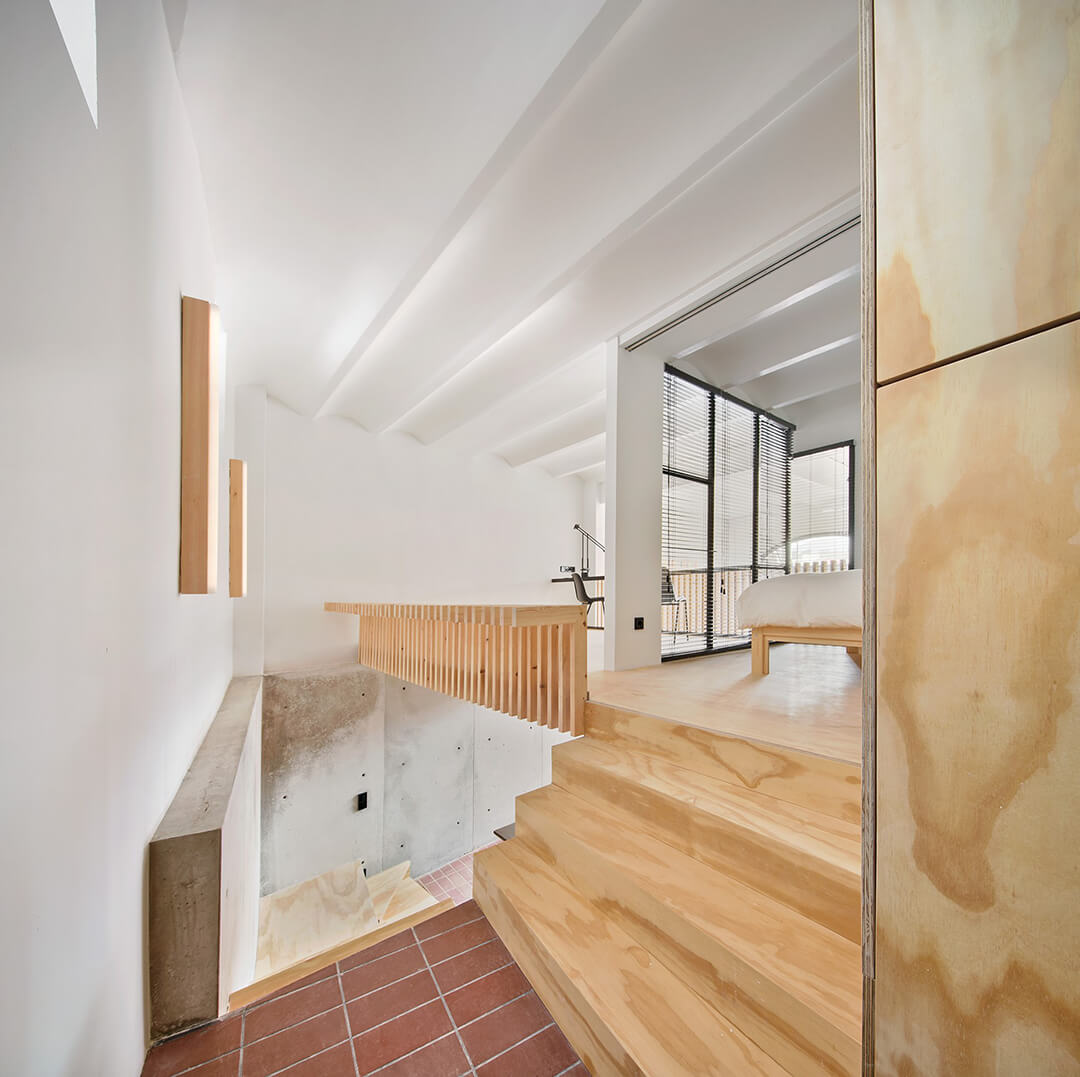 Reinforcing the staircase is a wooden forging which doubles as a ‘translucent filter’ – the element wraps upward like a Japanese yurikago – or cradle – visually joining some of the house’s main spaces, such as the kitchen, living room, lavatory and storeroom.

The forging is but one reference to Higashi’s homeland: on the upper floor, Mas-aqui also created a tokonoma, a small space raised above a washistu – or Japanese-style room. The objects contained in the washistu are considered essential elements in traditional decoration. True to the ideals of Japanese craftsmanship and minimalism, all materials, like the reddish-brown ceramic floor tiles, were handcrafted and selected in natural shades.

Moreover, new openings solved the lack of natural light while also contributing cross-ventilation. Aerothermal solutions were also applied, enabling the building to capture energy from the environment to supply radiant heating and hot water in each space.