Sparkly and shiny domestic properties are very nice for living in but often don’t make the most interesting of subjects to critique; they might look exciting from the outside but pristinely-white interior surfaces don’t offer much to write about. The globally renowned duo of Jacques Hertoz and Pierre de Meuron has recently completed one such high-rise residential tower at 56 Leonard Street in Tribeca, downtown Manhattan.

The architects’ so-called ‘jenga’ building was featured in Mark #67 upon completion and the raw interior has now been revealed. The immaculately-glazed elevations clearly advocate superiority and luxury in an area that is home to the world’s largest concentration of cast-iron building façades. Internally, the project’s communal amenities tell a different story.

Although still projecting a high level of class – the 145 apartments range in price from USD 3–35 million, after all – the architects have swapped the stereotypical glossy aesthetic for down-to-earth rough-concrete finishes and monochrome furnishings. 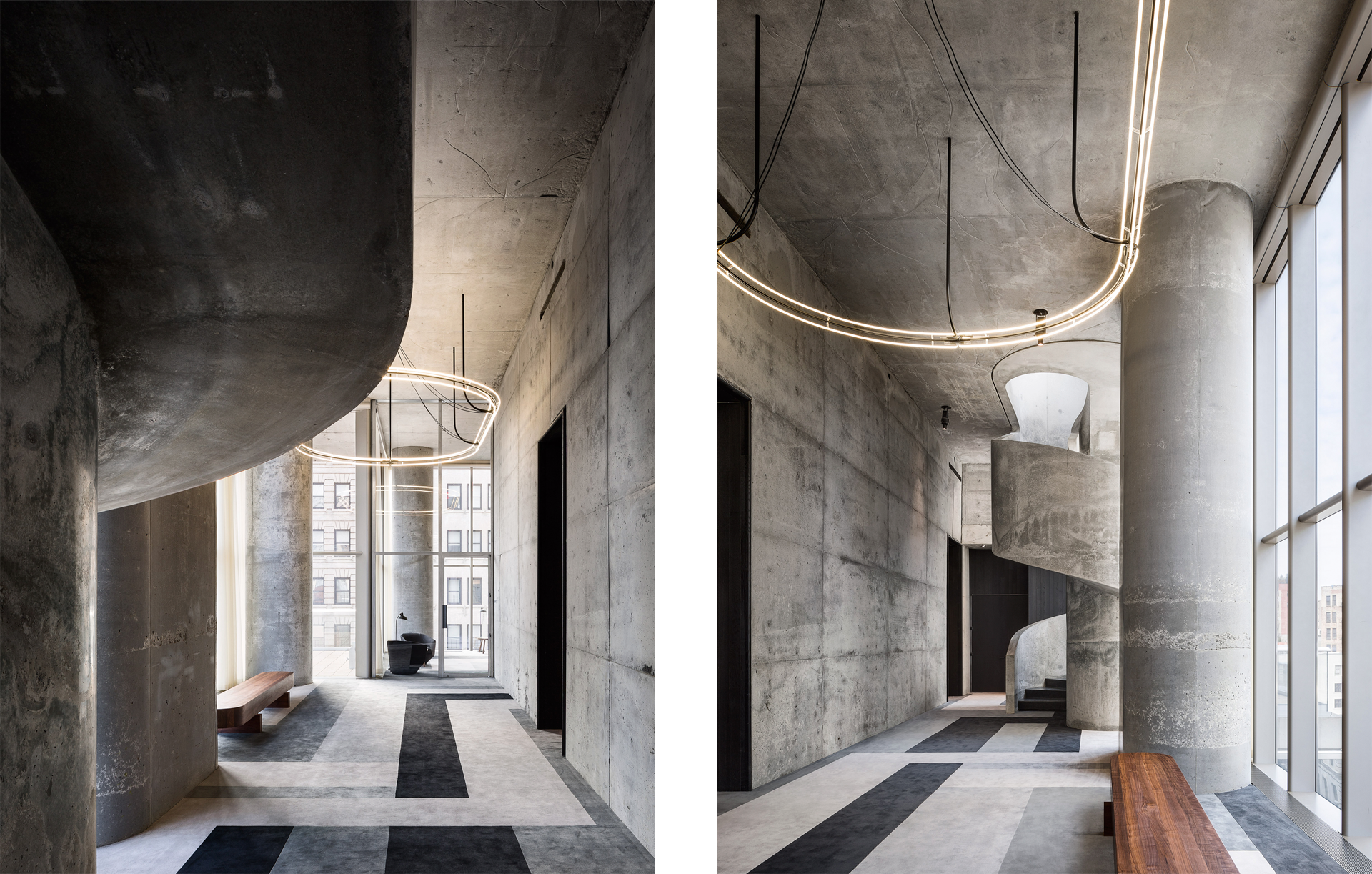 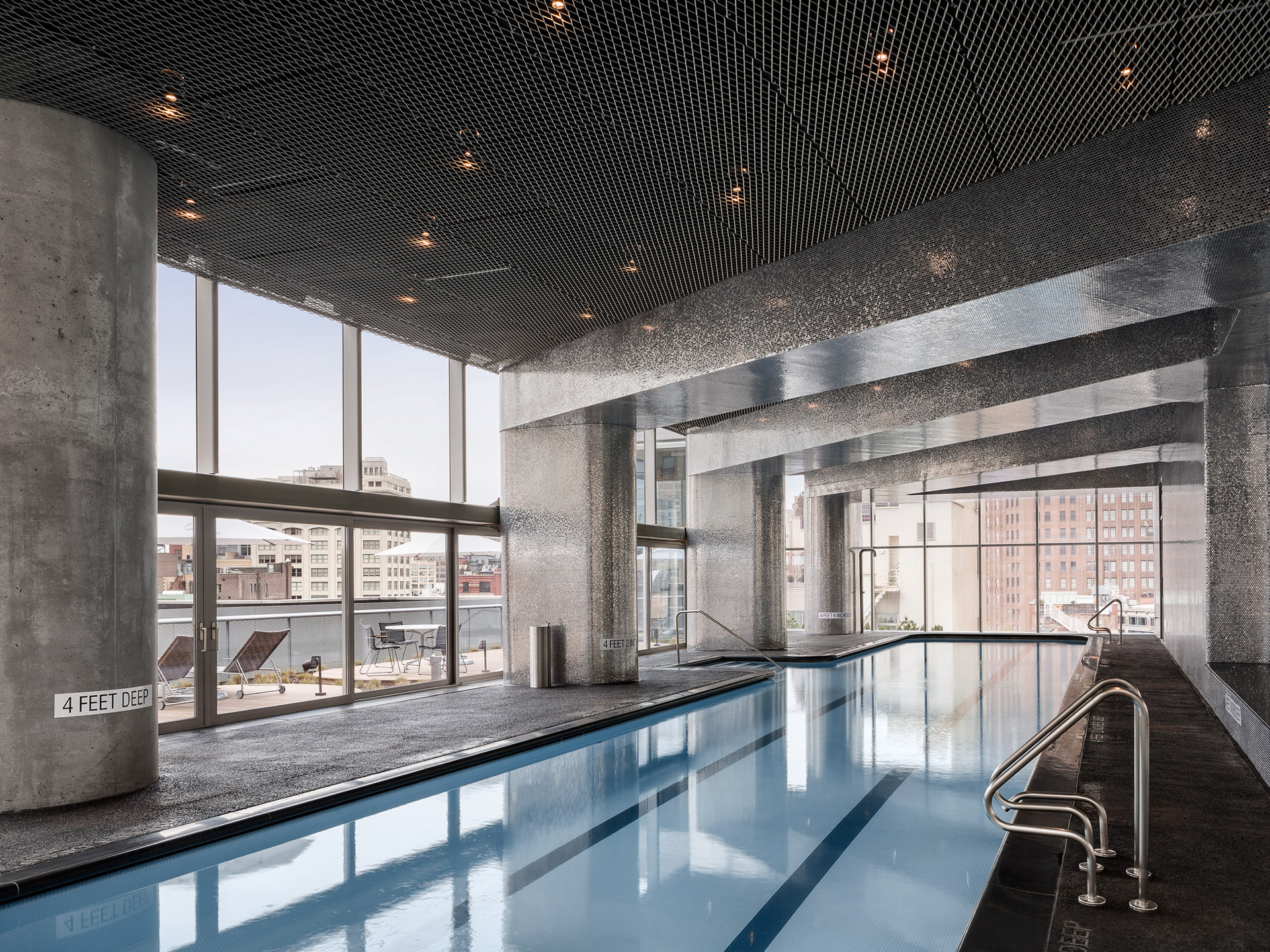 Between floors nine and ten, modern living is priority and 56 Leonard Street includes a whole host of facilities for its residents, from a fully-equipped fitness centre and swimming pool to a social library.

The interior approach is raw, contemporary and direct. There are no apologies for the bluntness of the materiality, nor its contrast to the building’s dramatic exterior. The project – which has been under construction for nearly ten years – now awaits the final touch: a mirrored sculpture has been commissioned for the base, courtesy of British artist Anish Kapoor. 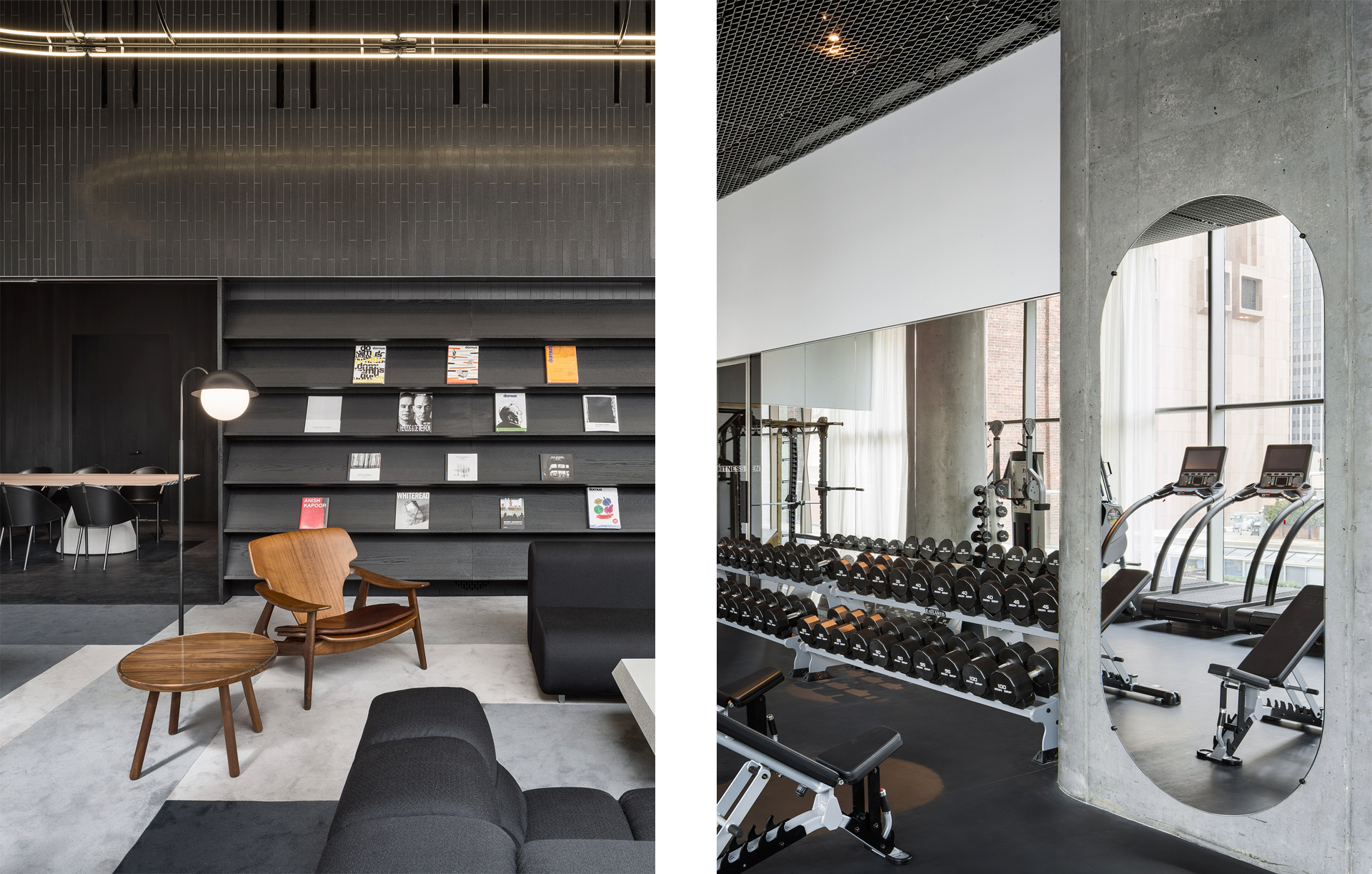