The rise of the virtual gallery tour: what works and what doesn’t (yet)

Received wisdom, and newspaper columnists, would have you believe that we’re currently experiencing a revolution in the way we consume art and artefacts online. The British Museum, frequently the institution at the top of the global visitor-number leaderboard, has seen a corresponding surge in its digital audience since it closed its doors. Meanwhile Art Basel has rushed through the development of its digital viewing rooms (which had over €248 million of art on display for its Hong Kong inauguration) and Hauser and Wirth is hosting its first digital-only exhibition, a collection of drawings by Louise Bourgeois.

But for gallery-goers who are yet to log on, visiting these aforementioned virtual venues is likely to result in disappointment. That was certainly my experience. Clicking through to a page of thumbnails that simply link to hi-res artwork images doesn’t feel like an event. It would be an uninspiring implementation of a retail website – though in Hauser and Wirth and Art Basel’s case that’s not far from the truth – let alone an interpretation of a live exhibition. 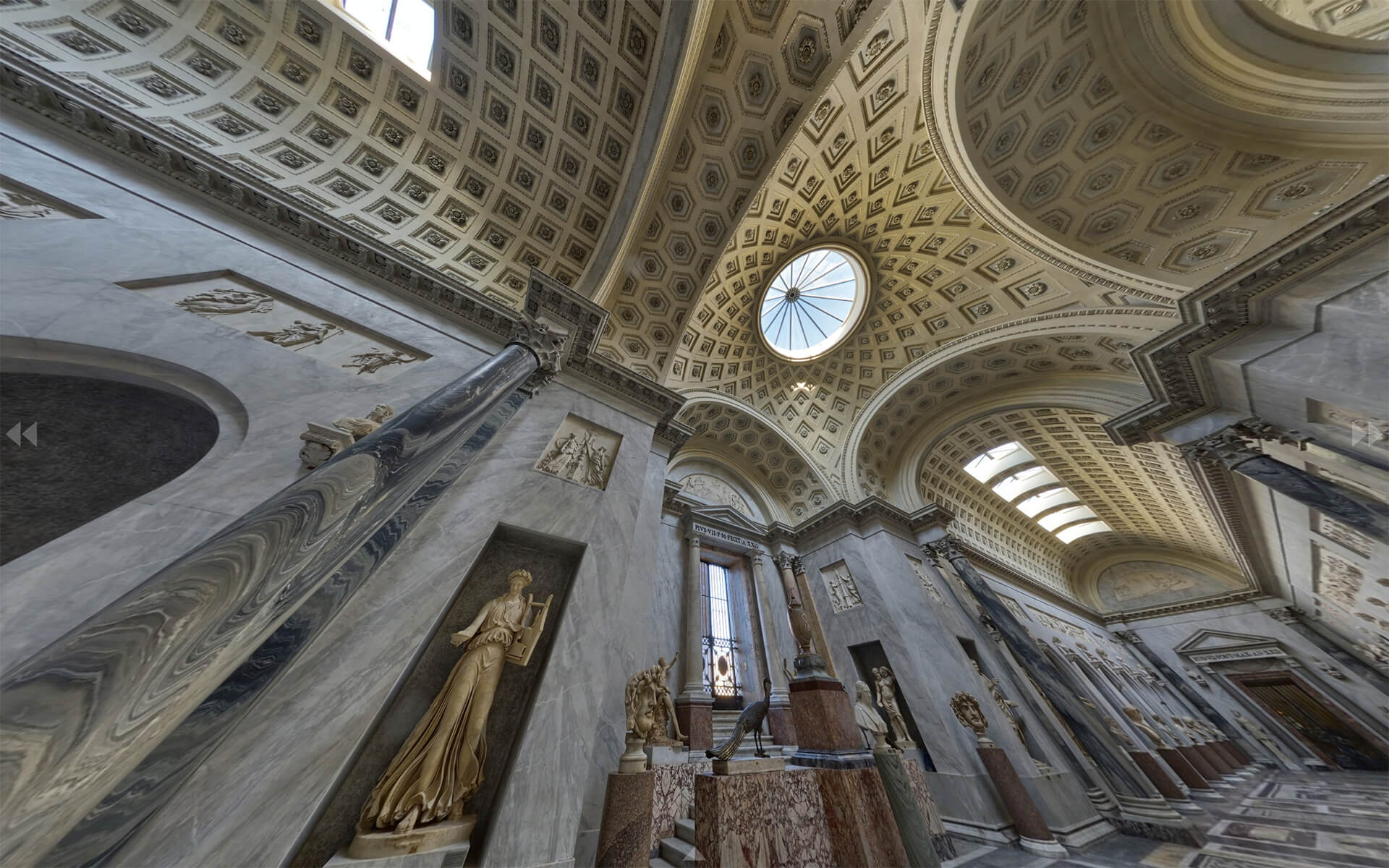 In fact, these initiatives don’t push far beyond the early efforts to digitize the exhibition experience that could be found on CD-ROMs as far back as 1993’s Microsoft Art Gallery, which drew from the collection of London's National Gallery. Accepting that engaging with the work firsthand is never going to be completely reproducible, no matter the level of technological sophistication, what I missed most keenly was the spatial component. Interior architecture is its own kind of user interface, and a key factor in art’s enjoyment. Luckily for some museums and galleries, they’ve already spent years trying to digitize their gallery spaces alongside their collections. Up until now these have been something of a sideshow, part of accessibility and outreach schemes, rather than a serious venue for the appreciation of art. Now they’re quite literally both the only show in town and the state of the art. But do they work, and if so, for whom?

Interior architecture is its own kind of user interface, and a key factor in art’s enjoyment

Though the offer differs across institutions, they all share a similar premise. Interiors are shot with high-resolution camera rigs in 360-degree formats, which gives viewers the approximation of standing at one of several fixed points in a room. From here they can zoom in and out to inspect various works. This makes sense in principal, but taking a walk (a click?) through one of Amsterdam’s most popular attractions, I quickly learn there are limits to its appeal.

Roaming the digital halls of The Van Gogh Museum (VGM) is particularly instructive because they have been produced by Google Arts and Culture – a platform responsible for cataloging 1,200 of the world’s major museums. Google’s in-gallery navigation is familiar to anyone who’s used Google Maps, with users having to search around with the mouse to find waypoints that they can step to. It works fine in the context of a road system, where circulation routes are predefined, but less so in the open expanse of a gallery. As a result you’ll spend several minutes clicking pointlessly round the museum’s lobby before figuring out how to continue the tour, if you don’t first give up.

Camera placement is also key. When the rig is situated adjacent to a particular piece it’s easy enough to engage, but anything on an oblique angle can become difficult to parse properly. As for the interior, though admittedly in VGM’s case it’s far from noteworthy, the distortion created by stitching together many spherical images can be disorientating at best, surreal at worst. Perspectives skew, furniture doubles, and strange glitches in the architecture appear at the periphery of your vision. 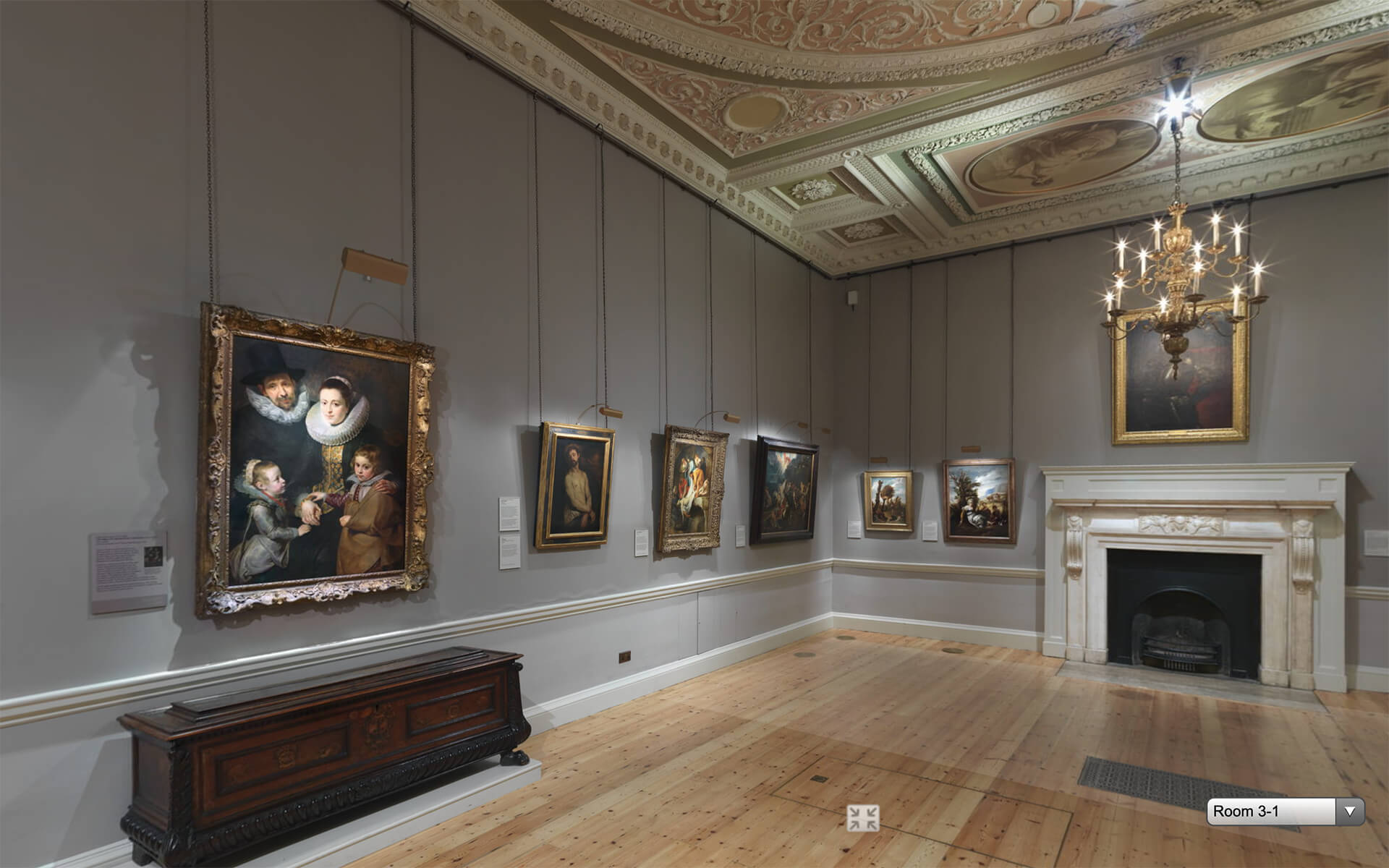 The importance of context and curation

Switching to one of my favourite London galleries, it possible to see how this kind of experience can be implemented more effectively, though also how it might only work in certain institutional contexts.  The Courtauld’s self-produced walkthrough has been available for over a year, having been developed before the building was temporarily closed for refurbishment in 2018, but it is likely that most recent visitors, including myself, are there for the first time: the site received an unprecedented 723 per cent more traffic in the week following 15 March compared to the previous seven days.

The Courtauld’s digital offer benefits from being produced by a particular type of gallery, one that majors on flat mediums such as painting, drawing and printing and densely hung rooms segregated by artistic school. The result is that you can take in a lot – including the neoclassical architecture – with the minimum of navigation and little risk of losing track of the curatorial conceit. In short, the reason it functions is precisely because it doesn’t try and replicate the lived gallery experience too exactly, but rather works within the limits of the technology and to the strengths of the institution. 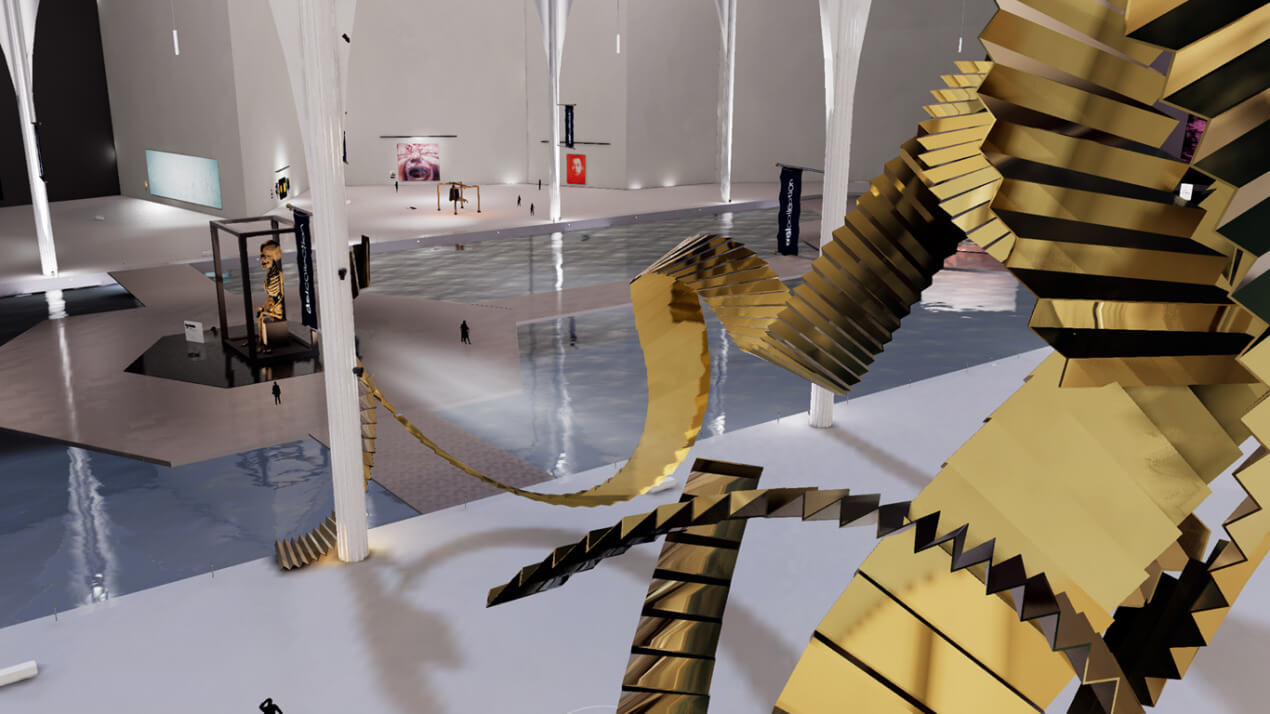 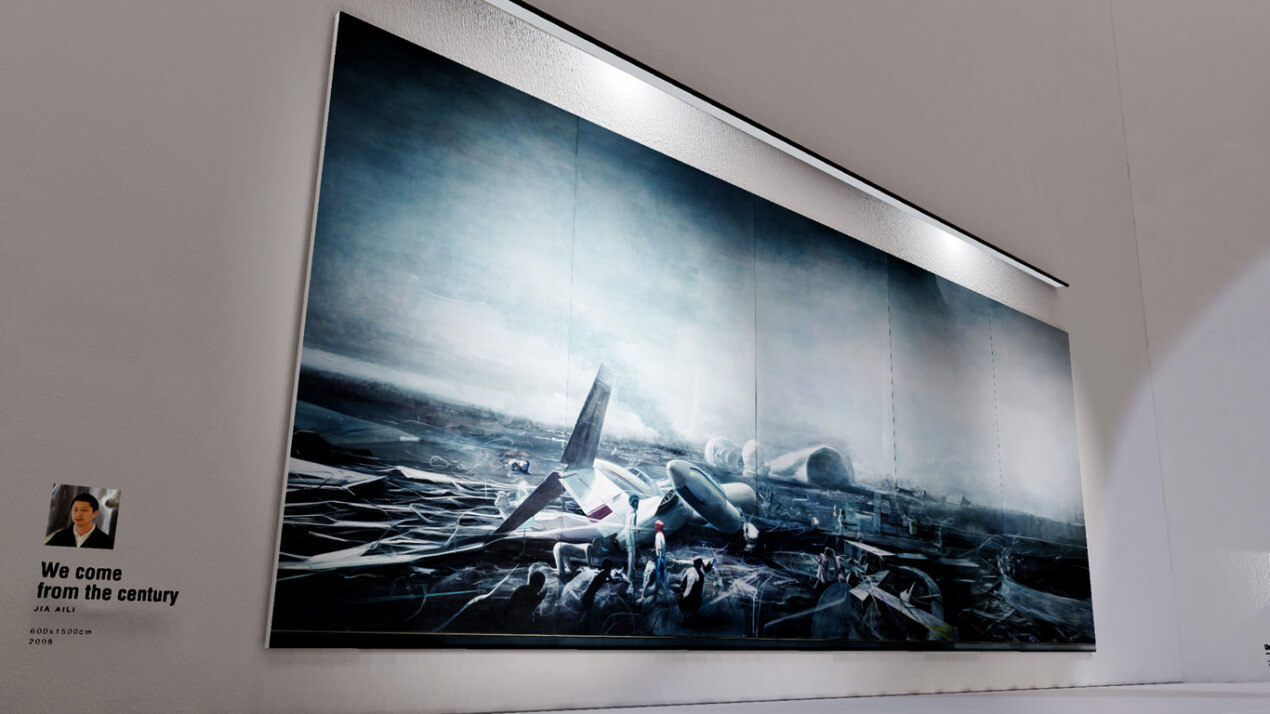 A 360-degree image is still essentially a flat image, however, and so spatial effects are limited. The British Museum has also been photographed by Google. You can stand in the Great Court and stare up at the Forster-and-Partners-designed glass roof, but it will make little impression. This is perhaps a clue to why most virtual visitors still gravitate towards its thumbnail galleries. More supposedly sophisticated examples do exist, such as the Smithsonian’s Beyond The Walls project and the Dslcollection’s playable museum, both in VR.  But these present sizeable barriers to entry in terms of hardware, and from what’s visible via promo videos, don’t extend far beyond what’s available in browser. Given their limited success, and the time and cost commitments required to implement, none of these virtual experiences are a viable quick-response strategy for venues looking to give viewers remote access…and that’s before you raise the difficulty they have in accommodating performance or even sculptural works.

Perhaps the answer lies in the more creative use of an established medium. It’s interesting to note that, as lockdown was looming, and perhaps in a nod to the insufficiency of the above interfaces, The Van Gogh Museum launched an alternative form of the gallery tour. A series of seven carefully choreographed 4K films, available on their YouTube channel, walk the user through the museum’s various rooms to an accompanying sound track. It’s clearly a more prescribed way of experiencing both the art and the space, but one that also feels more natural. The camera movement doesn’t equate to a true point-of-view walkthrough; the stabilized image glides through the rooms in a rather disembodied way. But the manner in which it glances across paintings, occasionally stopping and approaching a particularly affecting portrait before pulling back, does a far better job of transmitting the pleasure of being in the presence of the artefacts than staccato jumping and zooming. Add in environmental factors, such as the way that video can capture the play of light and shadow and how the dynamics of a space change as you travel through it, and the result is of a qualitatively higher order.

A similar approach in a more contemporary setting can be seen in the Whitestone gallery’s Little Fables group exhibition, in which that camera adopts an even more exaggerated sets of trajectories. These become films less about the art than the spatial dynamics that exist between art, space and viewer. As part of ART Power HK, a collective of Hong Kong galleries that have come together online since the lockdown, Whitestone’s interpretation of the gallery tour stands out amongst a variety of less successful but more familiar attempts to interpret an exhibition using moving image, from the standard to-camera curator walkthrough to film essays.

For all their linearity, such films provide more freedom to actually enjoy the gallery ‘visit’, without the need to constantly battle the interface to find your next vantage point. Platforms like Google Arts and Culture aim at allowing you to explore as you see fit without seeking to intervene in your journey or colour your interpretation. The price of this supposed neutrality, however, is a system that only offers the viewer the appearance of choice in a very limited way, with serious tradeoffs in how the art and the building are communicated.