There is no way to overstate the level of sophistication in the Seoul hospitality scene – there, the average is above average. Natural wine, signature coffee blends and sweet-potato lattes are menu staples – there are more than 70,000 coffee shops in the country, and at least 10 per cent offer specialty drinks. The real-estate competition is cutthroat, and thus new hip neighbourhoods spring out seemingly from nowhere in a cycle of three years. This means it’s a golden era for spatial experts there – interior design is as important to consumers as menu design – as spots open and close at an alarmingly quick rate.

In this fast-moving tempo, the concept of space is easily copied and pasted

That’s the panorama designer Jeongwha Seo faced when he got the commission to work on a new café in Gangnam’s Apgujeong area. ‘In this fast-moving tempo, the concept of space is easily copied and pasted, without even a thought about locality and the thematic idea of the [business],’ he explained. ‘A few years ago, shop owners used to select all of the furniture and lighting from a catalogue in a few seconds, and that made all of the spaces look so similar.’ To upend this commonplace practice, he decided to take things slow: he would make things himself. 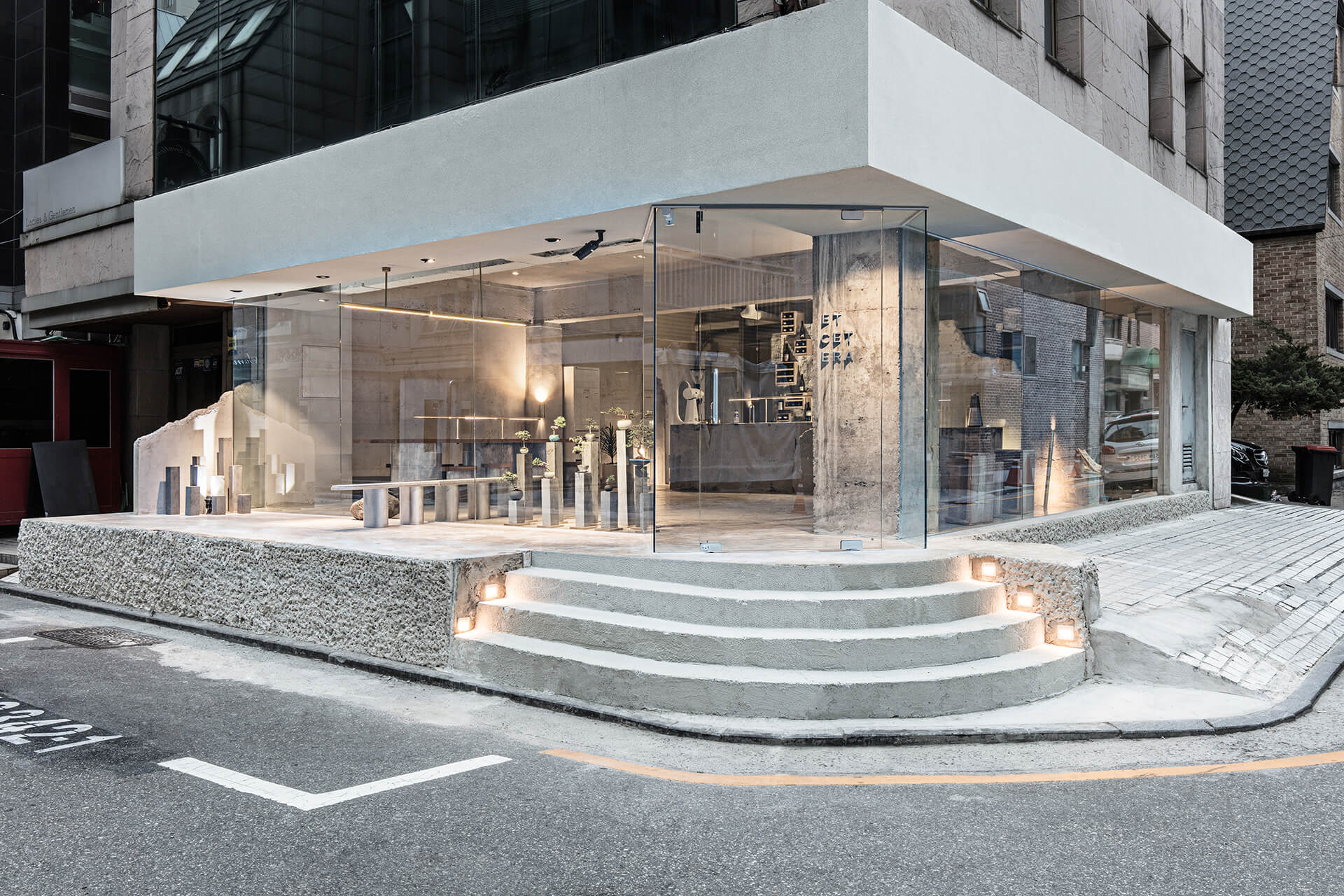 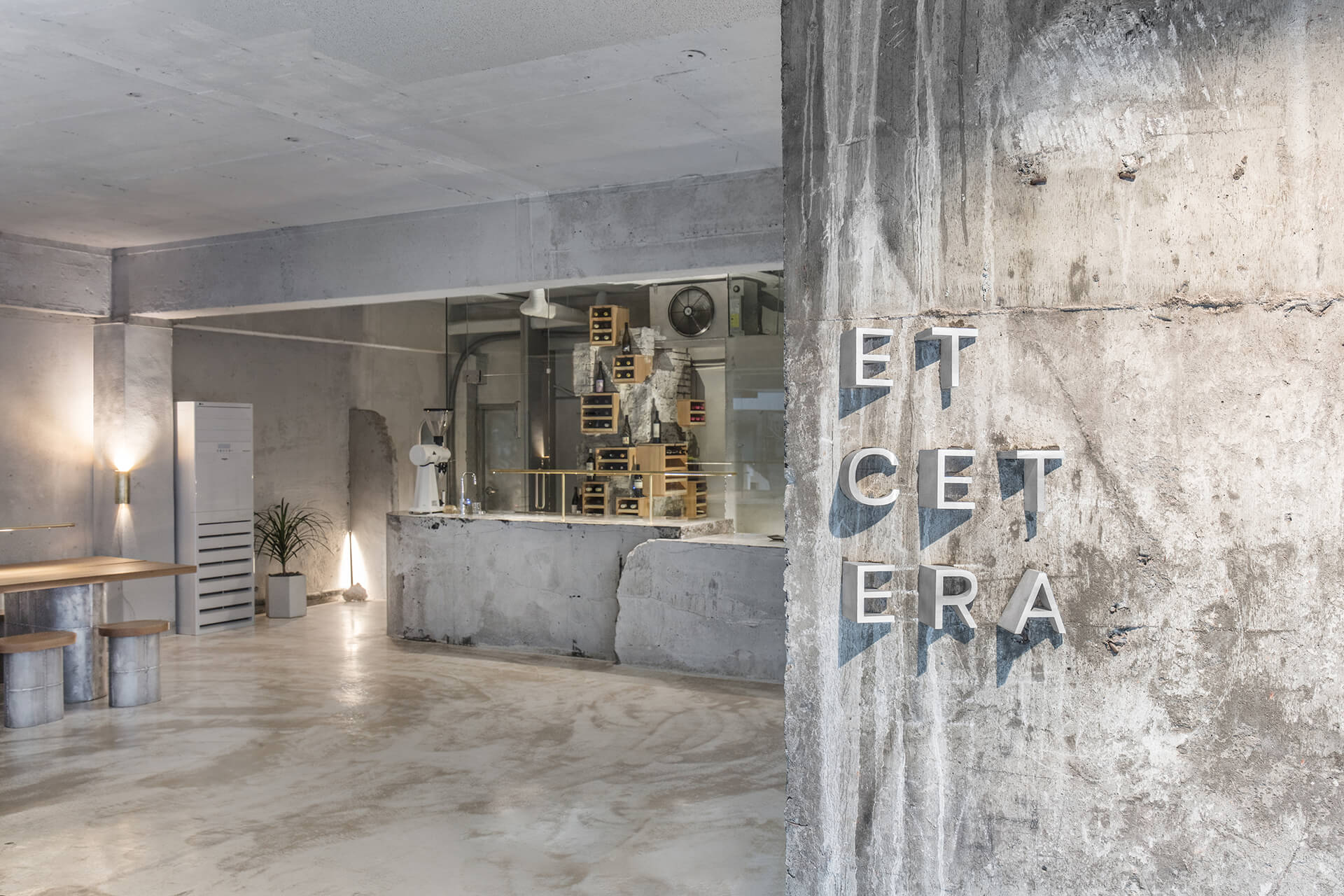 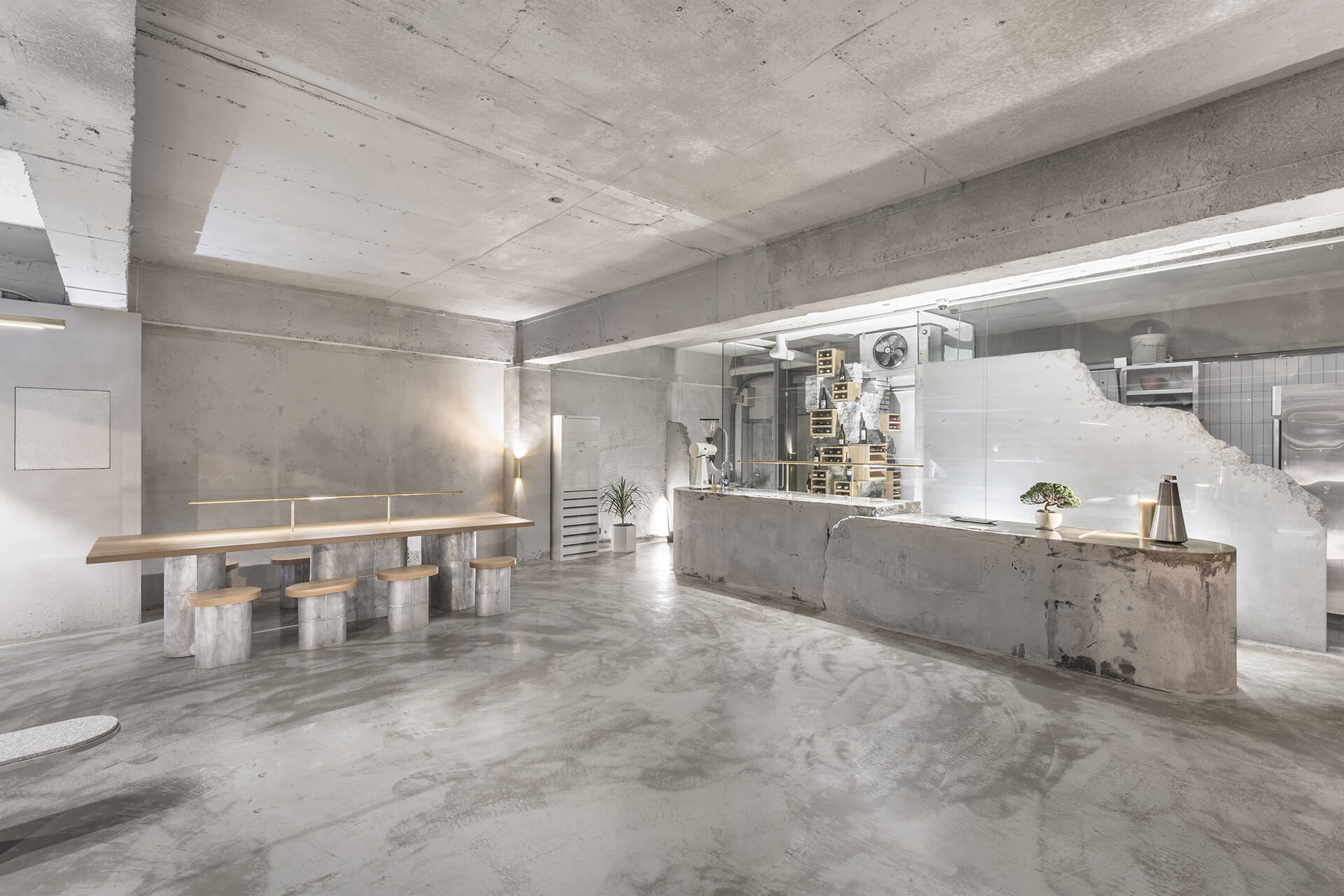 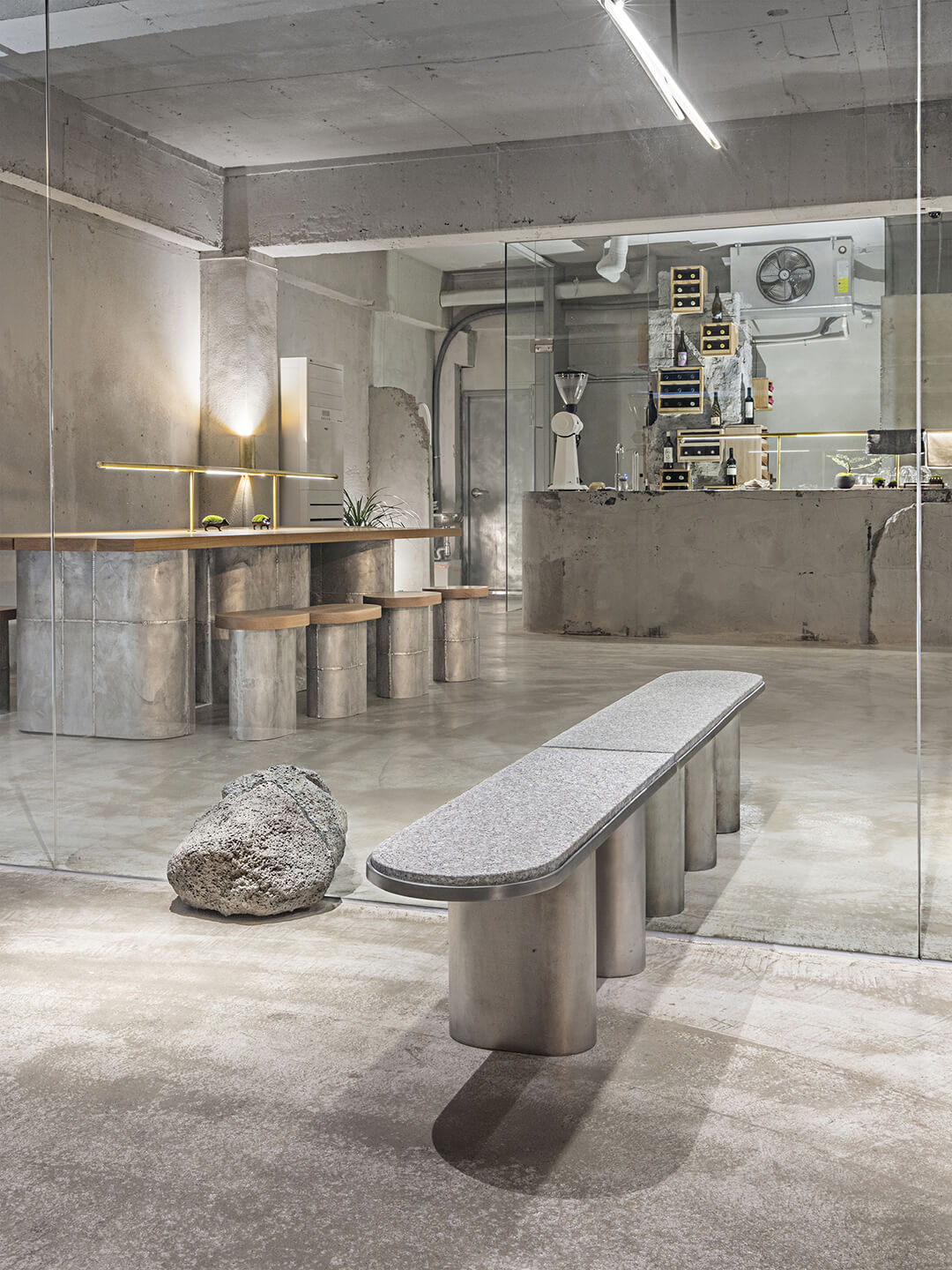 Et Cetera was his first fully spatial project – in the past, he had only worked on furniture, and that’s exactly why he was hired. ‘The client wanted a space that focused more on objects… so we came up with the idea of designing this space like a huge object.’ That meant choosing a material that could be easily shaped by hand – concrete – and working not from technical renders, but from freehand drawings.

That manual process gave Seo the possibility of embedding wood and brass elements in the pieces – for example, the wine cellar was completely done by hand and the lighting elements were inserted through in situ experiments. The finished result, thus, looks boldly unfinished. 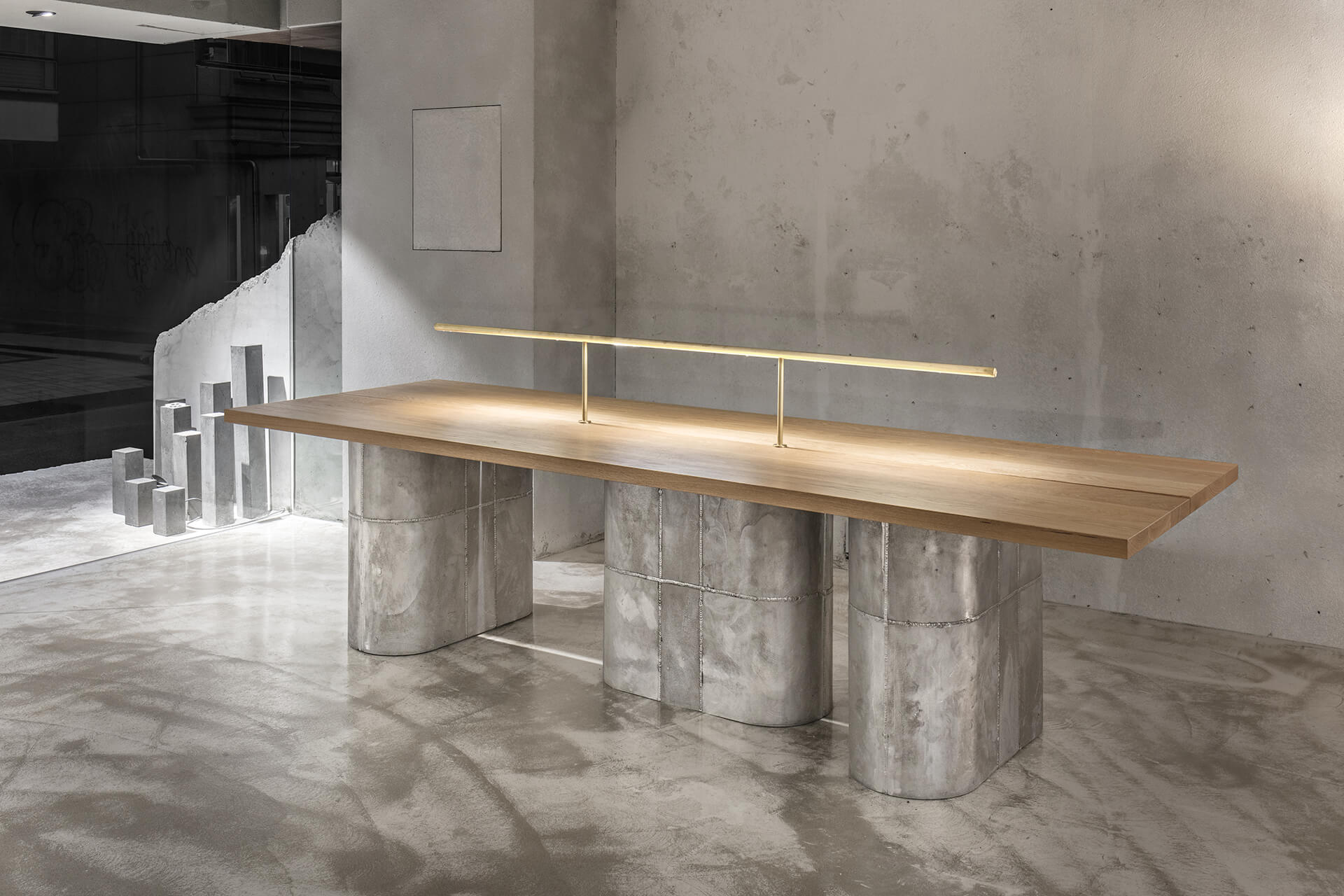 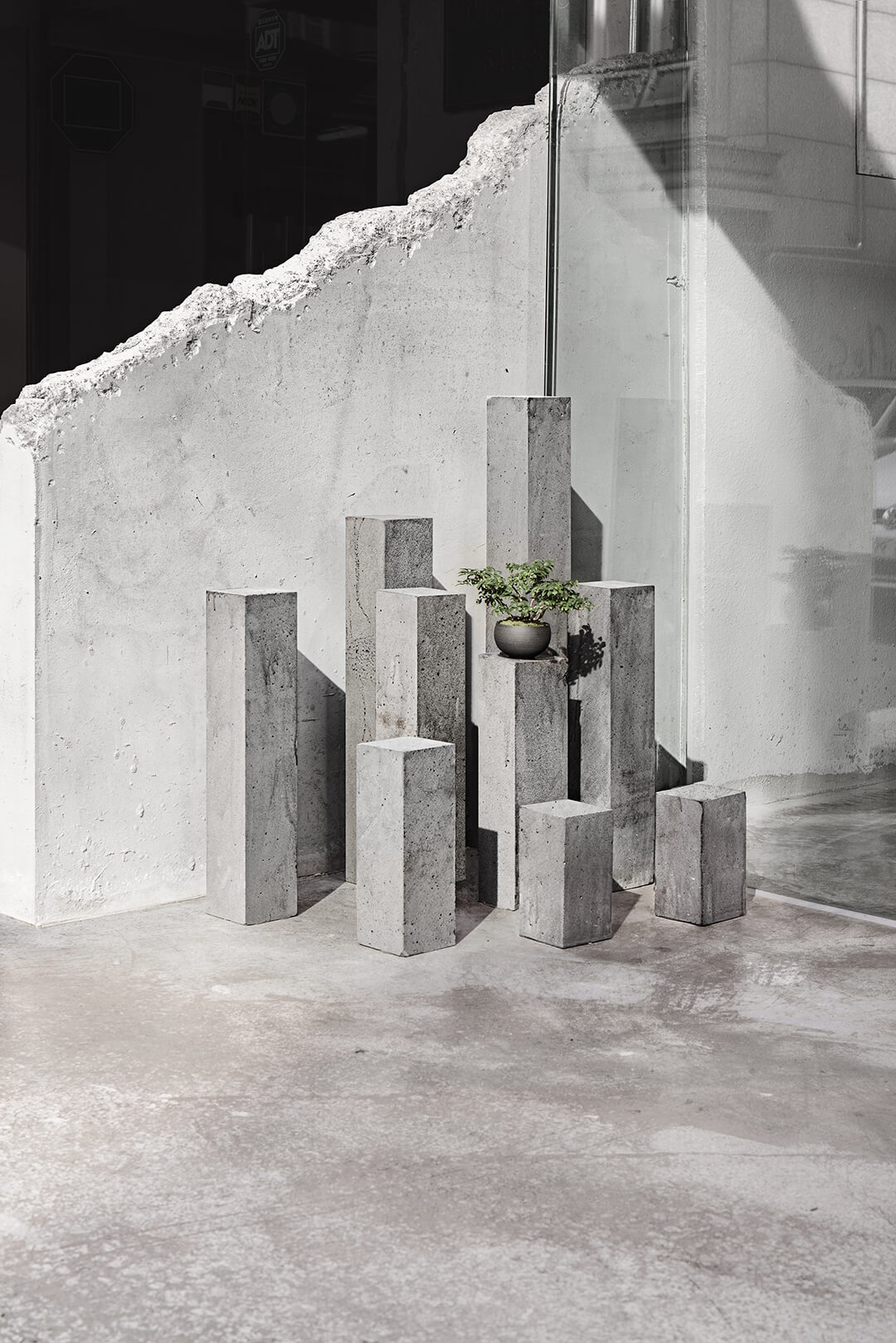 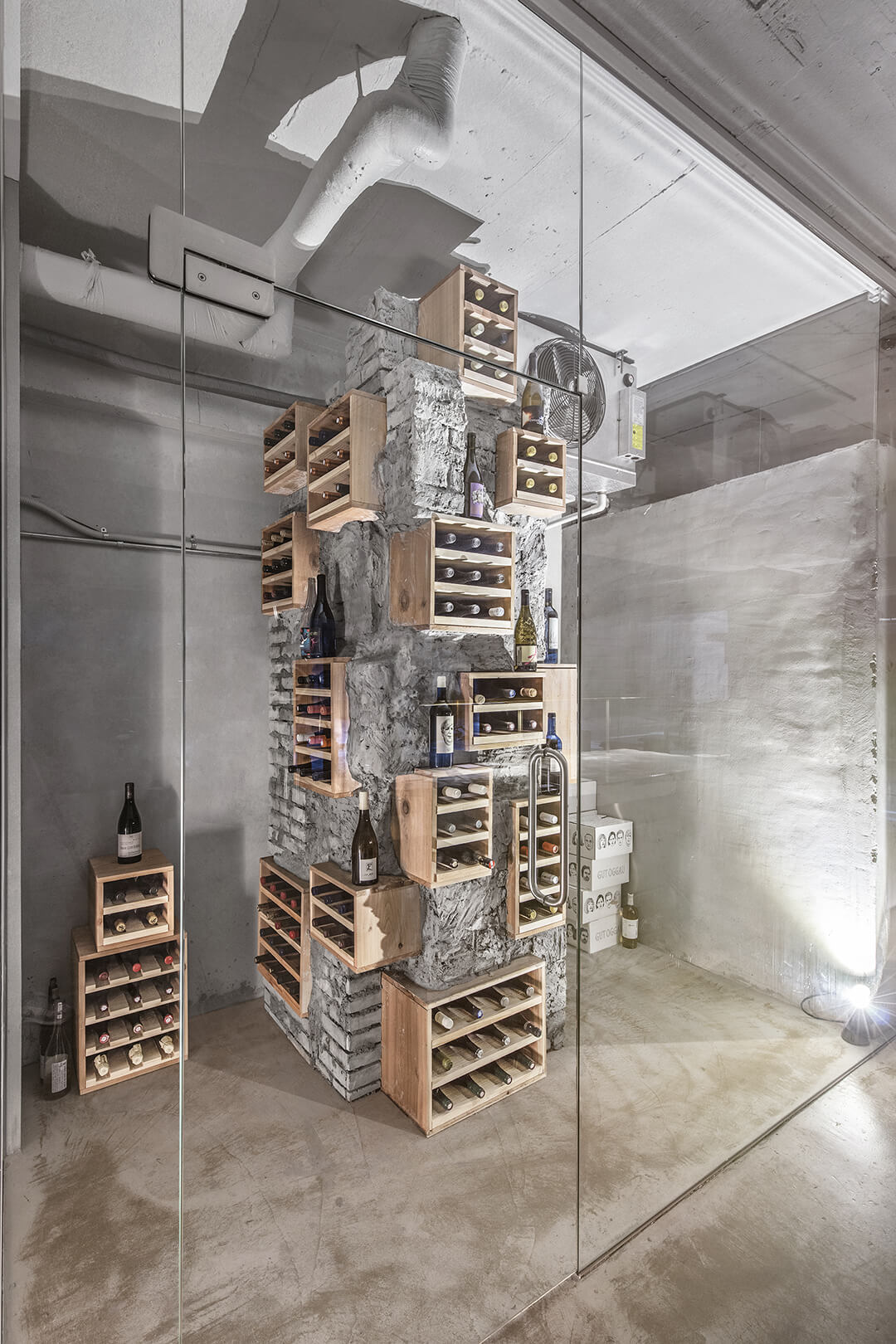 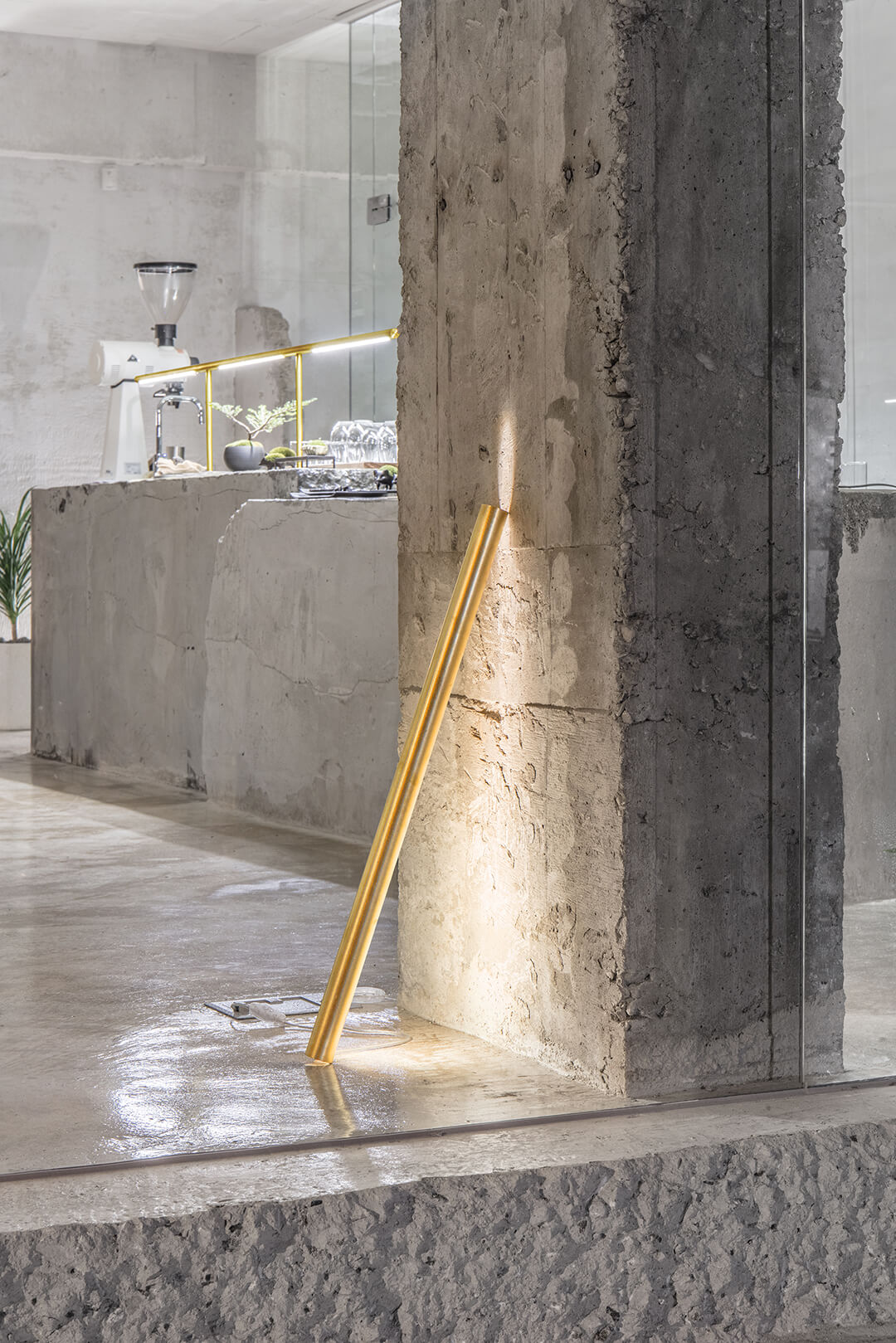 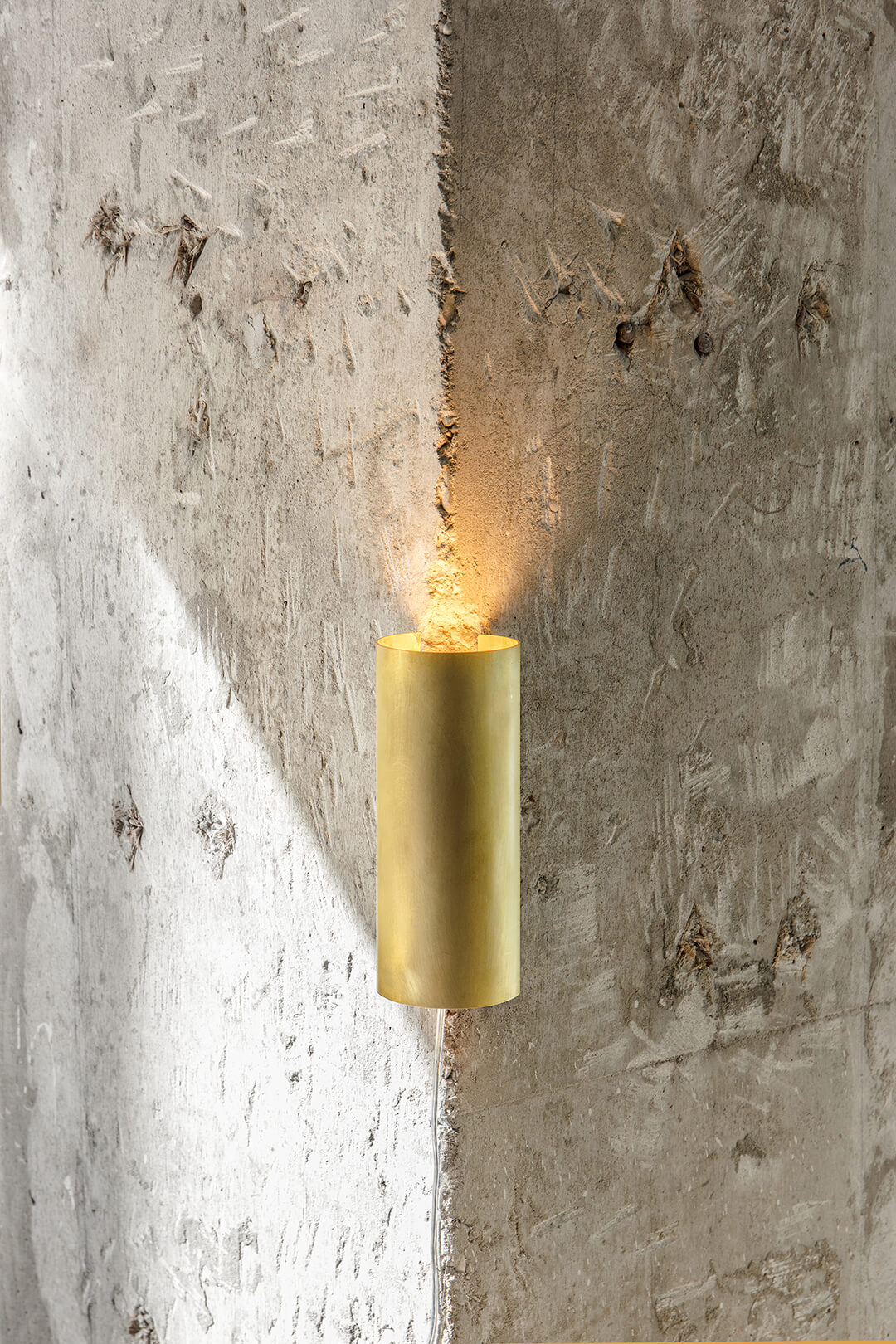 There’s definitely a conflict at work. On the one hand, this is a designer commenting on the fast shelf life of South Korea’s hospitality spaces while presenting a thoughtful aesthetic proposal that can very soon become another norm. But on the other, it’s also Seo as a consumer asking for a mental pit stop. ‘More and more cutting-edge design processes are coming to market… but I think people aren’t interested in reading about those complex processes, and instead want to go back to simple and pure materials. That’s why we are living in a world where we often want to escape the city by going to the mountain and the sea.’