For Lois O’Hara, outdoor basketball courts of your youth, with their muted primary colours and splintering backboards are just that – of the yesterday. The giant art court she completed in Brighton, England is the first of its kind in the United Kingdom. The space aims to invite local and visiting players and visitors alike to come together as a community, while also providing a large-scale revisualisation of what traditional sport spaces can come to look like.

The sound of a ball ricocheting off chain-link, the squeak of Nikes on the ground and heavy dribbling are well-embedded into the cultural soundtrack of America – in England, though, the sport is not as popular: recreationally, swimming and football keep Brits most active. Basketball England, the governing body which oversees the sport in the country, recently published a strategic five-year plan to vitalise basketball in English communities, drawing specifically on the activity’s inclusivity. 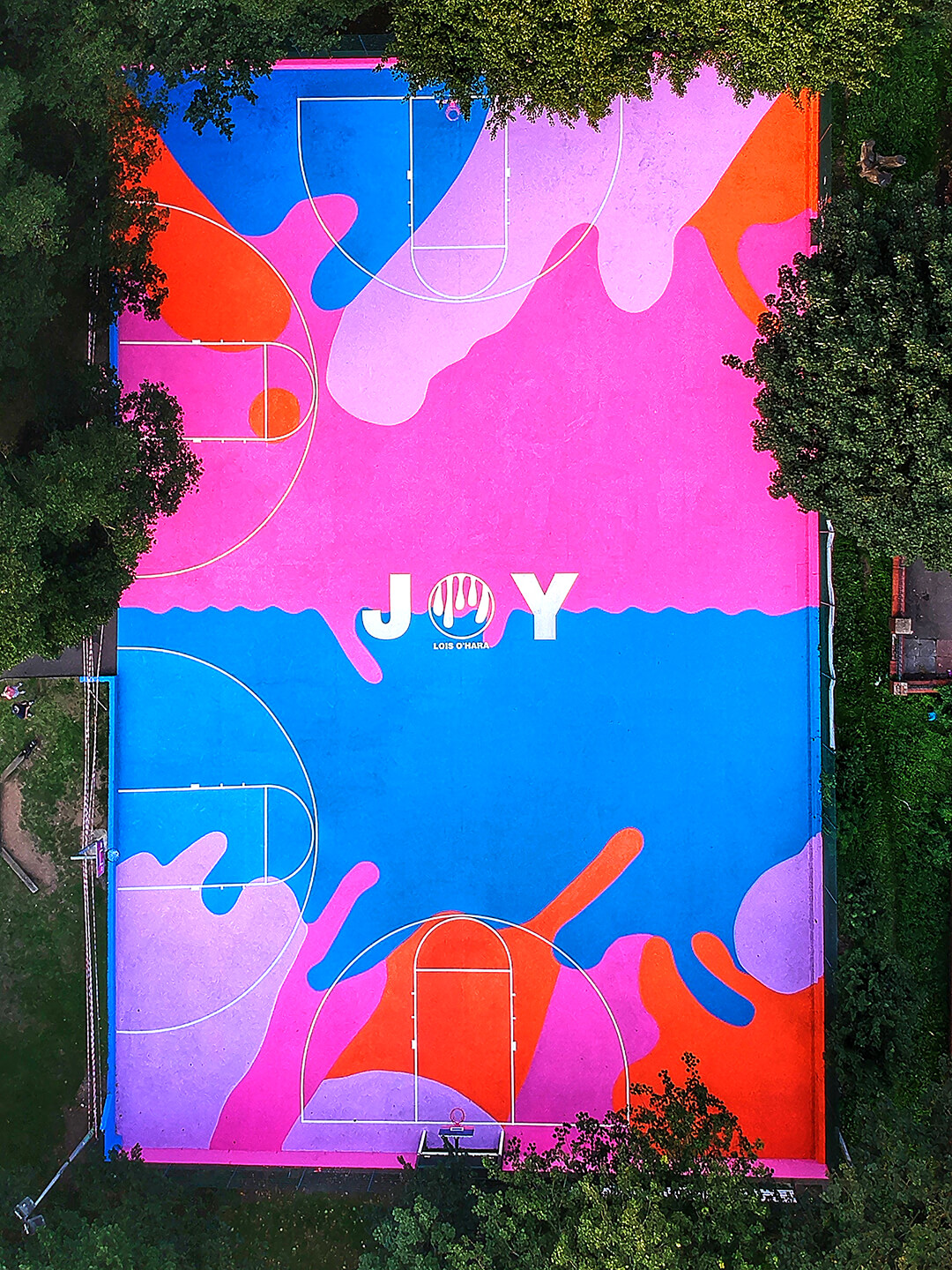 O’Hara, a native of Brighton, recognised basketball’s unfulfilled potential to connect locals in the Saunders Park neighbourhood. O'Hara wondered: Amid news of violence and drug use in the area, what could a colourful explosion on a court centred on the word ‘JOY’ do? In this case, the intention of the project was to generate positivity. Inherently, it also asks public perception of Saunders Park to go beyond bias, to shift its attention to imagining what it could become. The young designer worked with Basketball England, US-based Project Backboard and Valspar to bring the court back to life. Project Backboard has worked on various art court renovation projects in the US, igniting connectivity from Los Angeles to Missouri, and many other places in between.

Projects like O’Hara’s in Brighton and the work of Project Backboard in the US are a gentle reminder of the fact that humans need physical interaction – they need play – to thrive in their communities and at home. With more and more opting to detach from their devices, these art courts are a place to shoot hoops the ‘old-fashioned’ way, but in modern, inviting spaces: whether to unwind after a stressful day of work, bond with friends or try a shot at becoming the next Steph Curry, the court is a place for everyone.

The court wasn't just art, it was also a renovation project

Ultimately, what was your call to action? What really told you that this was a project worth working on, and that this was the place to do it?

LOIS O'HARA: I knew the community needed it. The space before was used quite negatively in terms of drug use, drinking and lots of unwanted graffiti. There were other potential court locations in Brighton, but I knew that that area really needed it. It wasn’t just art, it was also a renovation project.

How are your own design values and the sport represented in the space?

The idea was to encourage more play. Before the project, it was quite a rundown court – the backboards were cracked. I wanted to turn it into something more positive, to be able use the court in a more positive way. The idea of the design came from my own style. My work is very fluid, centred on the idea of capturing motion. With basketball in particular, there’s a lot of flow to the game. With my style and the sport, it made sense to create a design that represented that. They worked hand in hand.

I’m so passionate about painting in bright colours, and I think the bigger the area, the more visual impact it has. I love the idea of the colours surrounding people while they play. 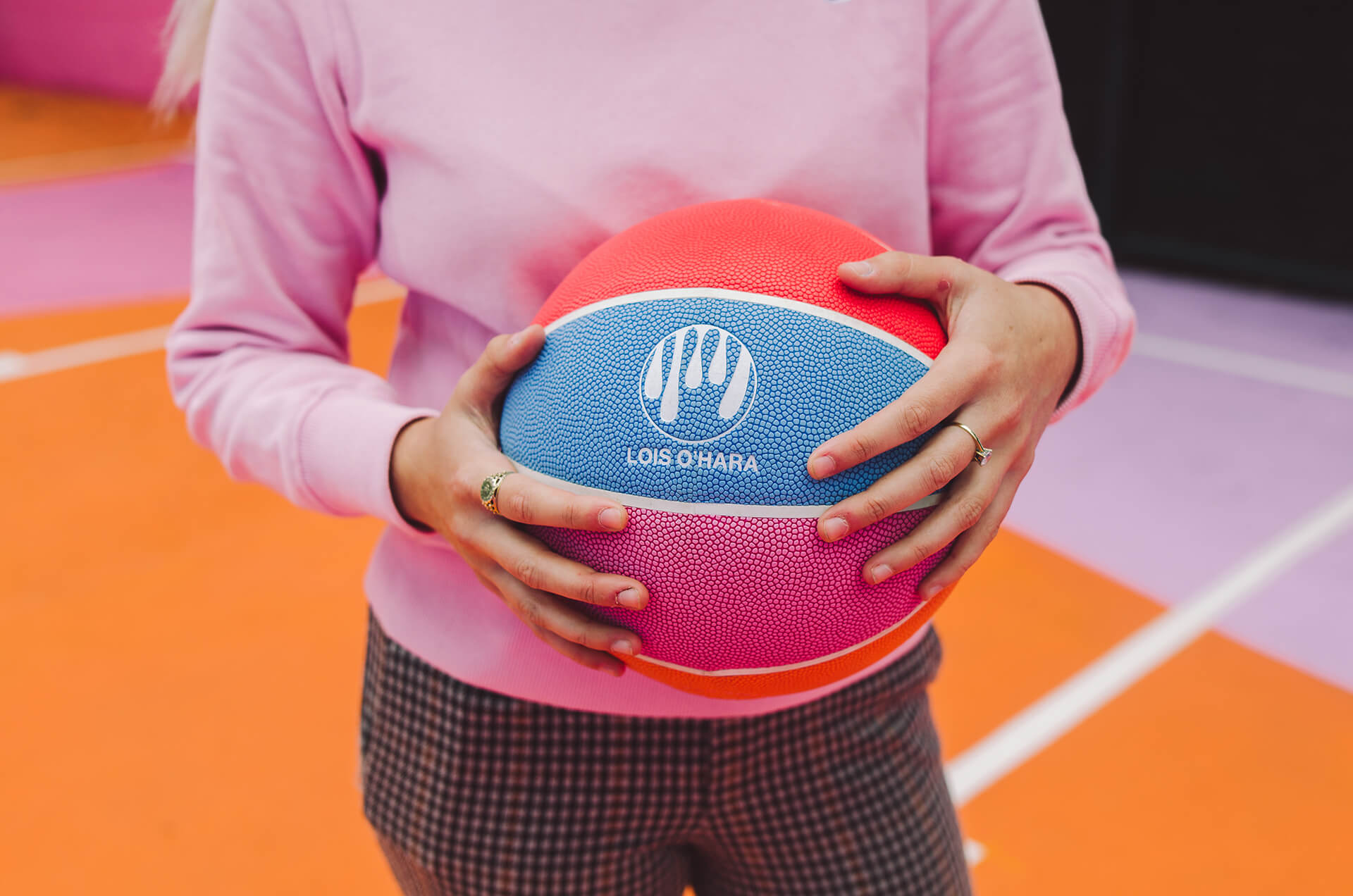 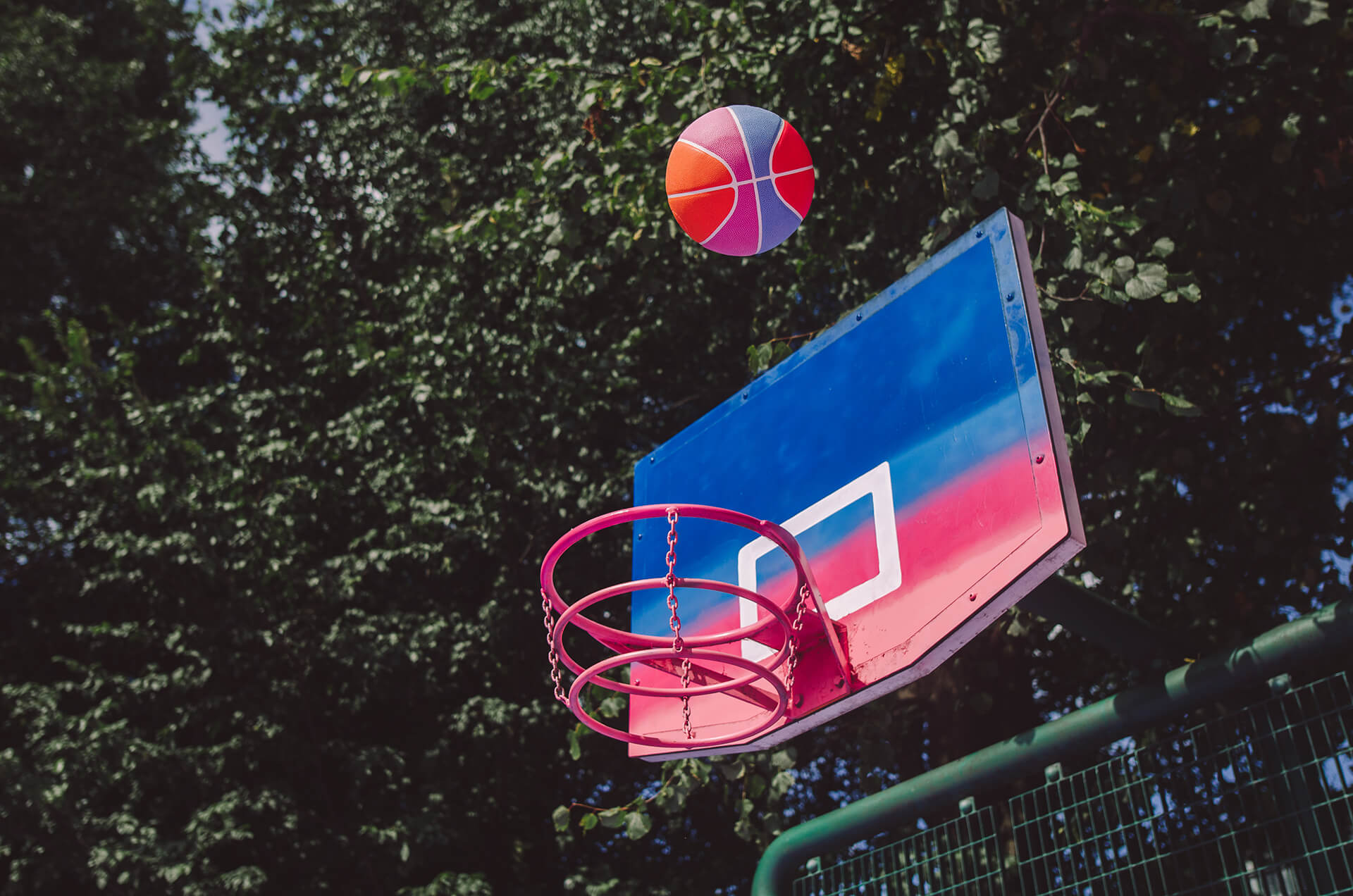 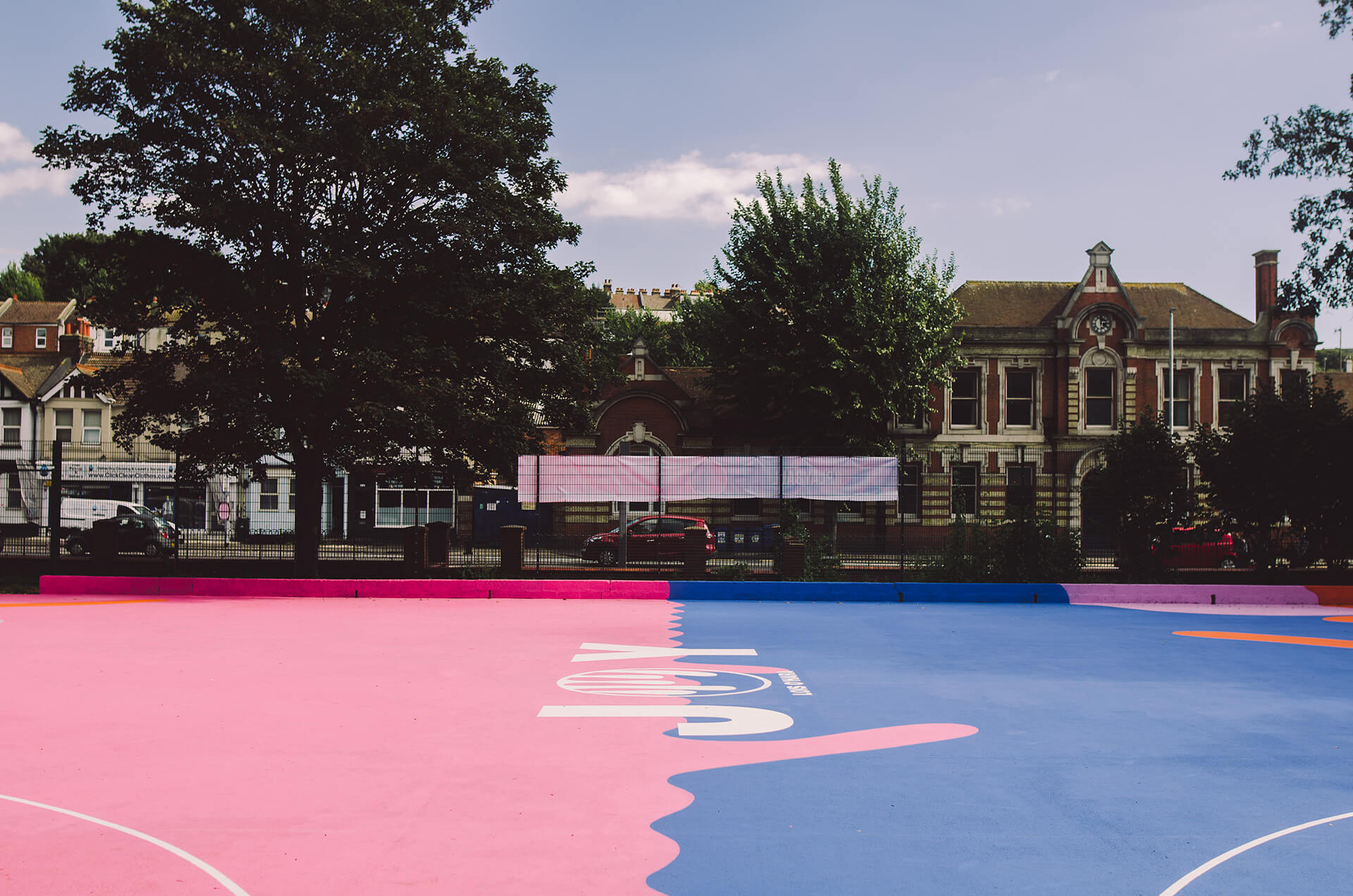 Fiery Sky, Bougainvillea, Passionate Peony and Jellyfish Blue – the Valspar palette you chose almost writes a story of its own with those names. What was your particular mind set with utilising these colours?

I knew that I wanted the colours to be very vibrant and uplifting – to play with the cool tones and warm tones, and the contrast of that. I designed the court to have two halves, which was sort of a personal experiment: I wanted to see which side would be preferred by people using the court in compassion to people coming to see the art.

Basketball in England has a higher BAME demographic than other sports in the country at 50 per cent. What audience did you have in mind for this court?

I intended it to be a space for use by all. I also wanted it to appeal to women and girls because, being a female creative myself, I think it’s necessary to encourage women to join in whatever the context, whether that be the world of sport or art.

Since its opening, what has the public response been?

The response has been overwhelmingly positive. I think it has really opened people’s eyes. It is such a big area to fill with colour. There are small houses and flats next the court – when I was painting, a few of the residents there came and said, ‘Wow, you’ve made such a positive, happy change to my home life.’ It’s sort of like their garden, in a way.

In the UK, do you think there’s an increasing need for this kind of social connectivity through space and activity?

Absolutely. I hope to do more projects like this. I’m halfway through planning another art court in London. I want this to be an initiative that can expand – I think it’s so important.