‘Beirut's Design landscape is a virgin terrain with great potential for becoming a regional pioneer,’ says Armenian-born designer Etienne Bastormagi as we drive around the city that’s been his home since childhood – a place he calls ‘very progressive’. As a first-time visitor, that’s exactly the impression I’m having, not least because the city is hosting Beirut Design Week and celebrating its inaugural Beirut Pride as we speak – events that plant a city known for its buzzing nightlife even deeper into the heart of today’s developing Middle East. 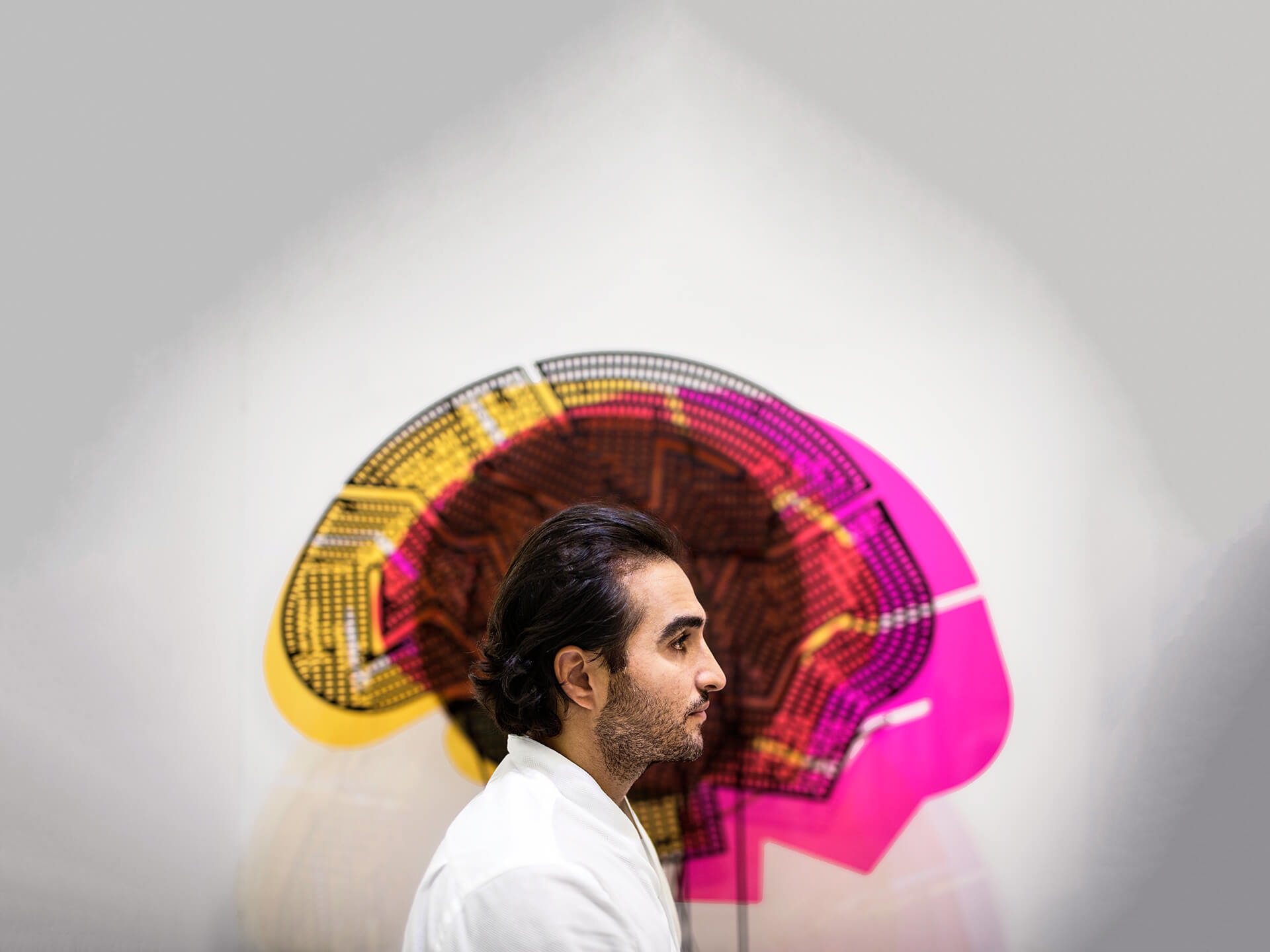 Designer and architect Etienne Bastormagi poses with Beirut Brain, a work of art he made to express the bipolarity of Lebanon’s capital, which hovers between a ‘glamourous dream and a scarred reality’.

Regardless of the festivities, however, it’s impossible to ignore the effects of a 15-year-long civil war and the current Syrian crisis, severe challenges to the city’s resilience. The resulting slightly chaotic status – a web of fragility and division – inspires Bastormagi and his practice, Etienne Bas, founded in 2013. ‘Beirut has a certain authenticity, and the city’s design talent maintains that sense of honesty. It’s something a city such as Dubai doesn’t enjoy, even though Dubai was earlier to launch its design week and generally does things on a larger scale – physically and financially.’

Whatever their size, Bastormagi’s projects always have an urban dimension. ‘I’m very interested in the city and in the impact it has on our lifestyles,’ says the man who studied architecture before pursuing a master’s degree in urban planning. After graduating from the Lebanese University, Bastormagi widened his scope, becoming a multidisciplinary creative whose work ranges from products and art installations to interiors and entire buildings. 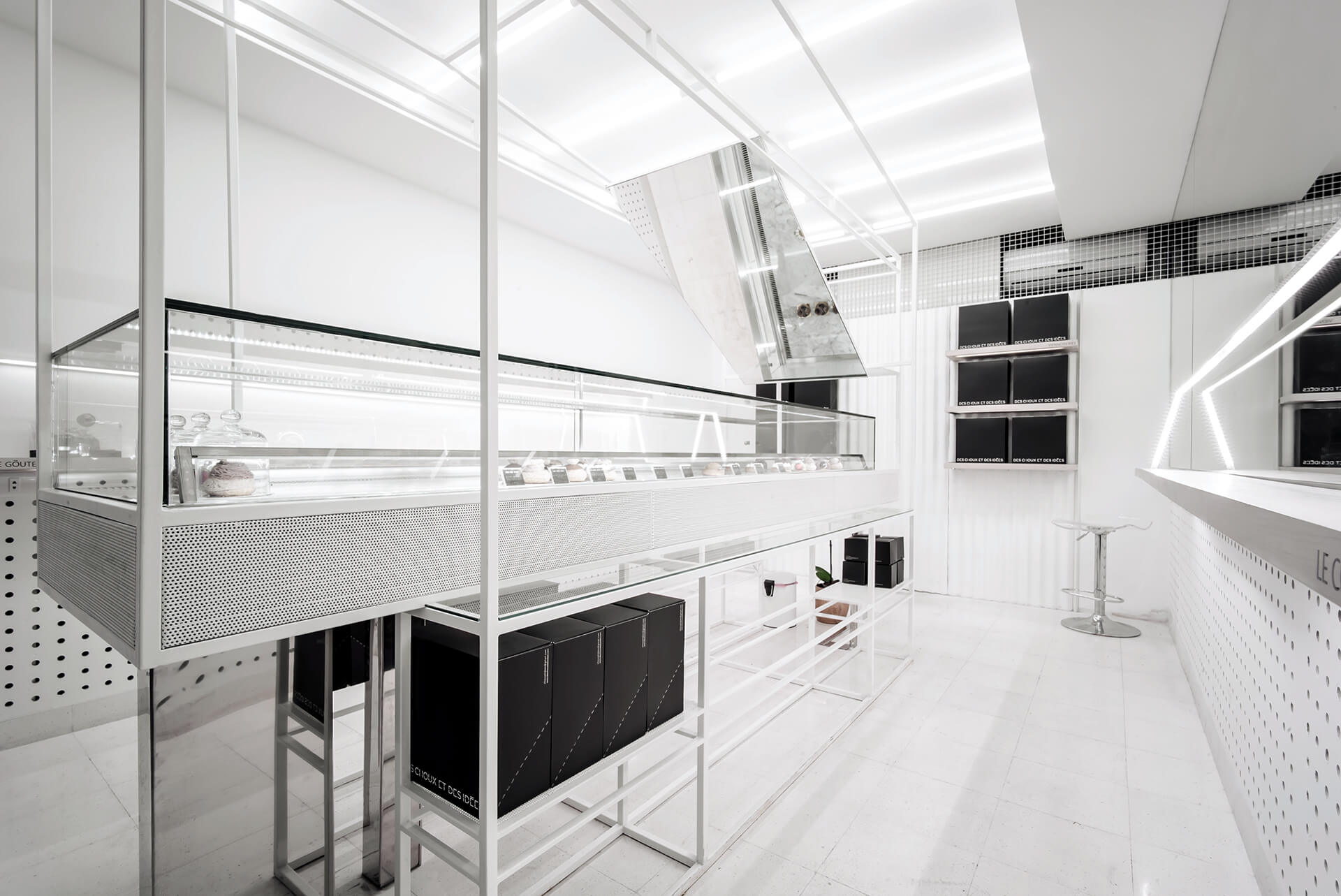 His scheme for the flagship of patisserie Des Choux et Des Idées demonstrates how his knowledge of urban planning even seeps into relatively small-scale projects. Handed a 20-m2 space – originally the car park of a residential building – Bastormagi decided to integrate the street into his concept. ‘The retail experience should be contextualized within its neighbourhood,’ he points out. Using an ‘urban mirror’, he played with reflections, sometimes making the store’s merchandise visible to passers-by and sometimes reflecting passers-by instead of pastries. ‘Over the course of the day, the position of the mirror can be changed manually,’ he says. ‘Based on the store’s opening hours, the reflections either extend the street into the store or vice versa.’ 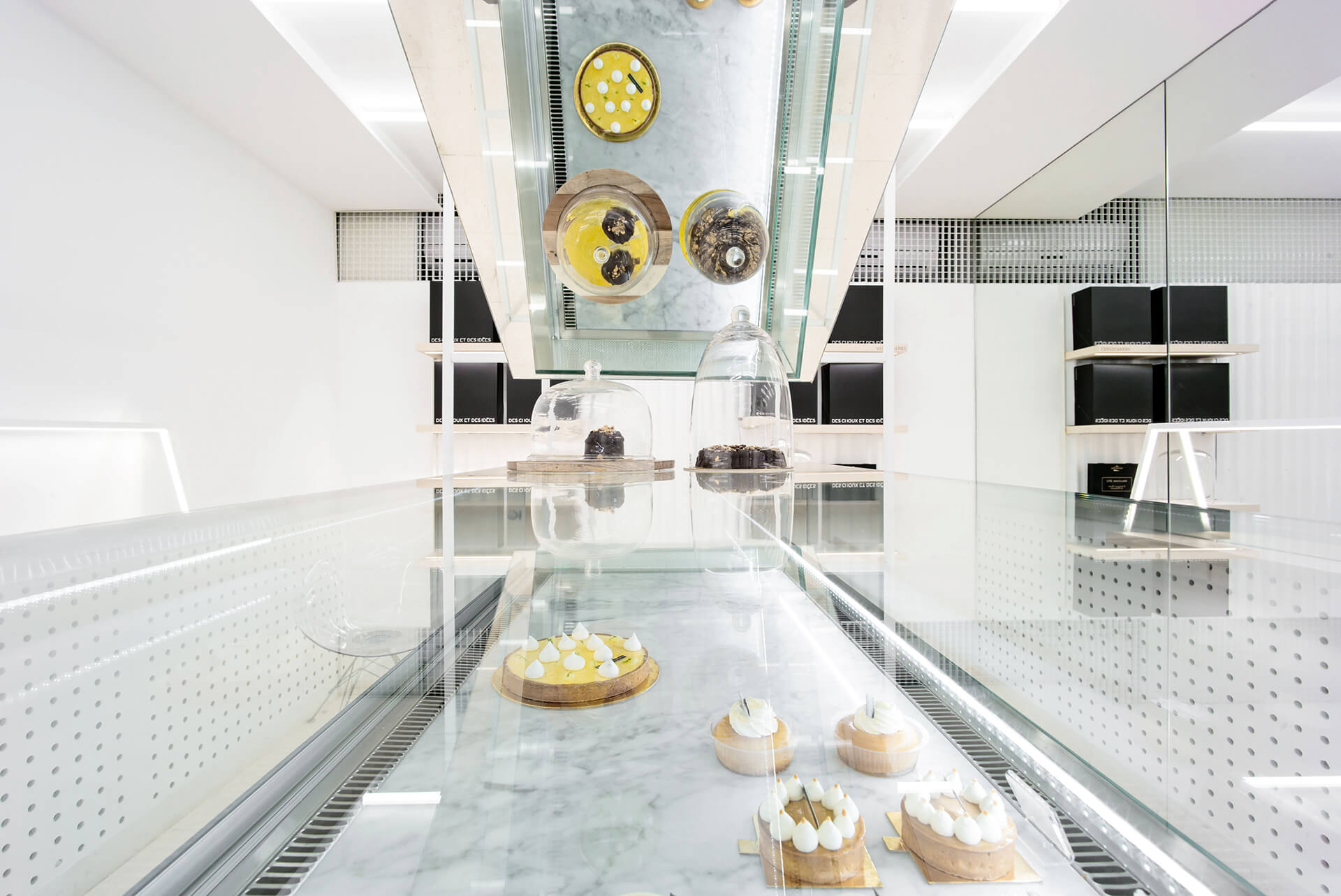 The focal point of patisserie Des Choux et Des Idées is a tilting mirror that reflects either the store’s merchandise or people passing by.

Bastormagi planned the store interior in close collaboration with the chef. Textures and materials in the mainly white space reference those of the pastries. By using baked goods as his point of departure, Bastormagi came up with an interior that distinguishes itself from others in this part of Beirut, which he says is dominated by elaborately decorated food and beverage outlets. ‘My approach was less about dressing the shop and more about reflecting what was to be displayed inside.’

Reflection returns as a theme in [Me]rror, a joint effort between Bastormagi and Nada Borgi for SBODIO 32’s sense-me exhibition, a feature of Milan Design Week in 2017. The mirror installation shows scattered images of viewers and their environment. ‘It highlights parts of the whole but never shows the entire picture, pushing users to create different views of themselves,’ says Bastormagi. The shape and structure allude to Beirut’s urban landscape and signage, while constantly aiming for an equilibrium between its parts: ‘a balance aimed for daily by the urban dweller as well’.

‘The economic climate in Beirut isn’t ideal for young designers and architects,’ says Bastormagi, who continues to stress that low budgets are the reason many of his peers leave for London, New York and the Gulf. From an outsider’s perspective, though, Beirut seems to be booming with residential developments, such as Herzog & de Meuron’s Beirut Terraces, which is only one of the high-rises adorning the skyline. ‘We have had big Lebanese and international names realize key projects in town. They affected the residential landscape, recently transforming it into a luxurious area that only a certain niche can afford. Urban development has been led more by private initiatives than by city authorities – not necessarily for the best of Beirut’s citizens.’ Bastormagi’s latest venture into the residential scene is not at all like the exclusive apartment buildings to which he refers. Together with a local company, he’s developing prefab housing units that can be customized in line with the client’s needs. The ready-made structures target young couples in search of cheaper housing on the outskirts of the city. 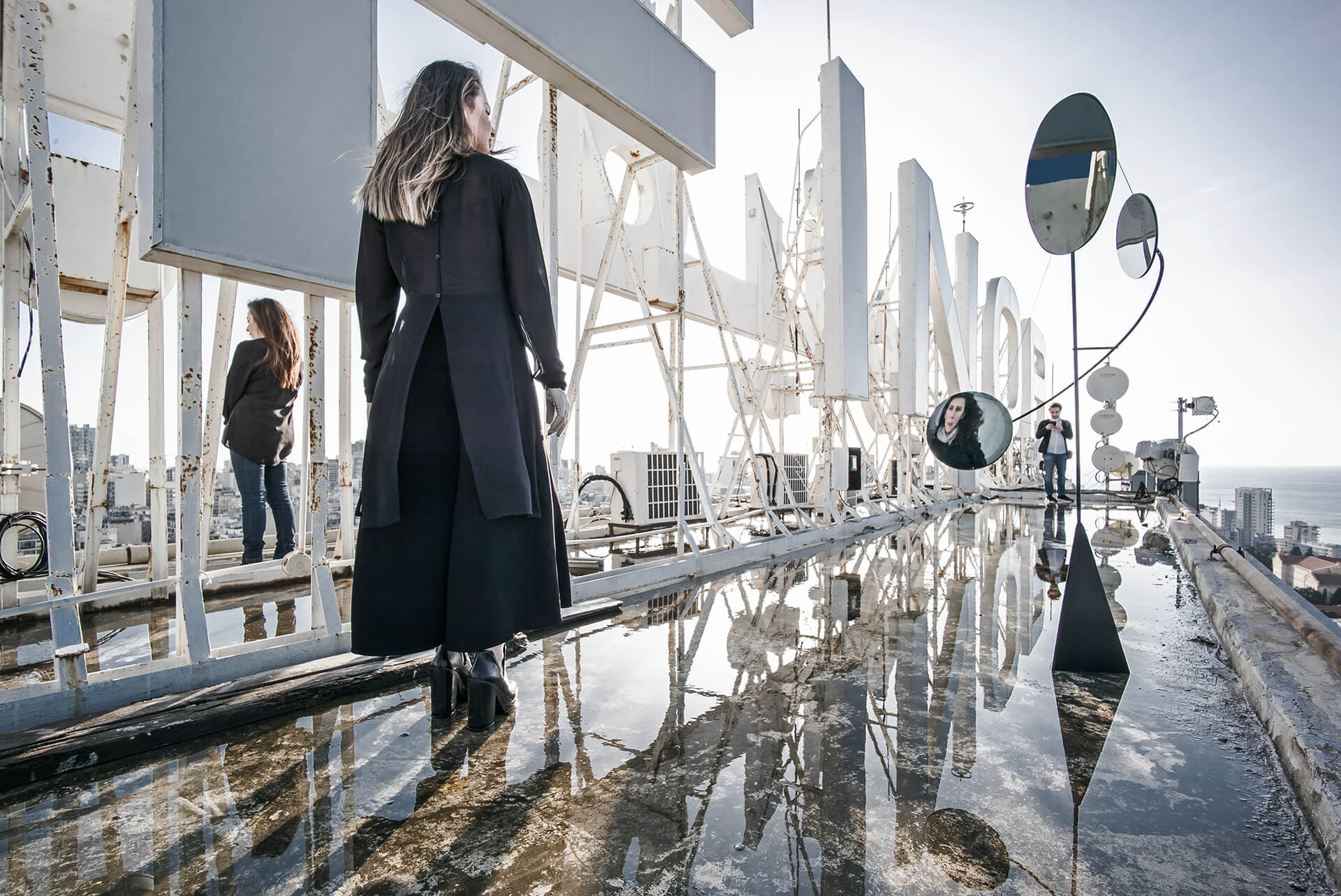 [Me]rror is a mirror installation that distorts the reflections of viewers and their surroundings, subtly alluding to the fragmented character of Beirut and its inhabitants.

Despite the fact that all Bastormagi’s projects draw cues from their surroundings, he isn’t a fan of blatantly site-specific projects. ‘Literal references, such as arabesque patterns, can give a souvenir-like feel,’ he says. ‘I’m striving for a more international vocabulary that anyone can relate to.’ Nevertheless, his minimalist style is always looking for a context. ‘We design a lot of things that we shouldn’t,’ he admits, mentioning ‘the biggest chandelier in the world’, which irritates him now. ‘Design should help enhance your lifestyle with simple solutions, not just make noise.’