There are more tattooed people than ever, and this parlour celebrates the stigma shift

Rows and rows of framed sample work. Leather couches that look like they’ve been beaten to hell. Neon lights, black swivel chairs, fluorescent lighting. Where are you? Probably in the process of clenching your fists and biting the sides of your mouth – that is, getting a tattoo.

This might not be a spatial stereotype that’s intimately recognisable to all. Body ink has historically been hugely stigmatised – it’s been known to imply a variety of untruths about the tattooed’s character. But that’s rapidly changing, along with the predetermined image of tattoo studios themselves: recent results from The Harris Poll reveal that 47 per cent of millennials and 36 per cent of Gen X-ers report having a tattoo.

I wanted to celebrate the ceremony of receiving a tattoo. To heighten and elevate the experience 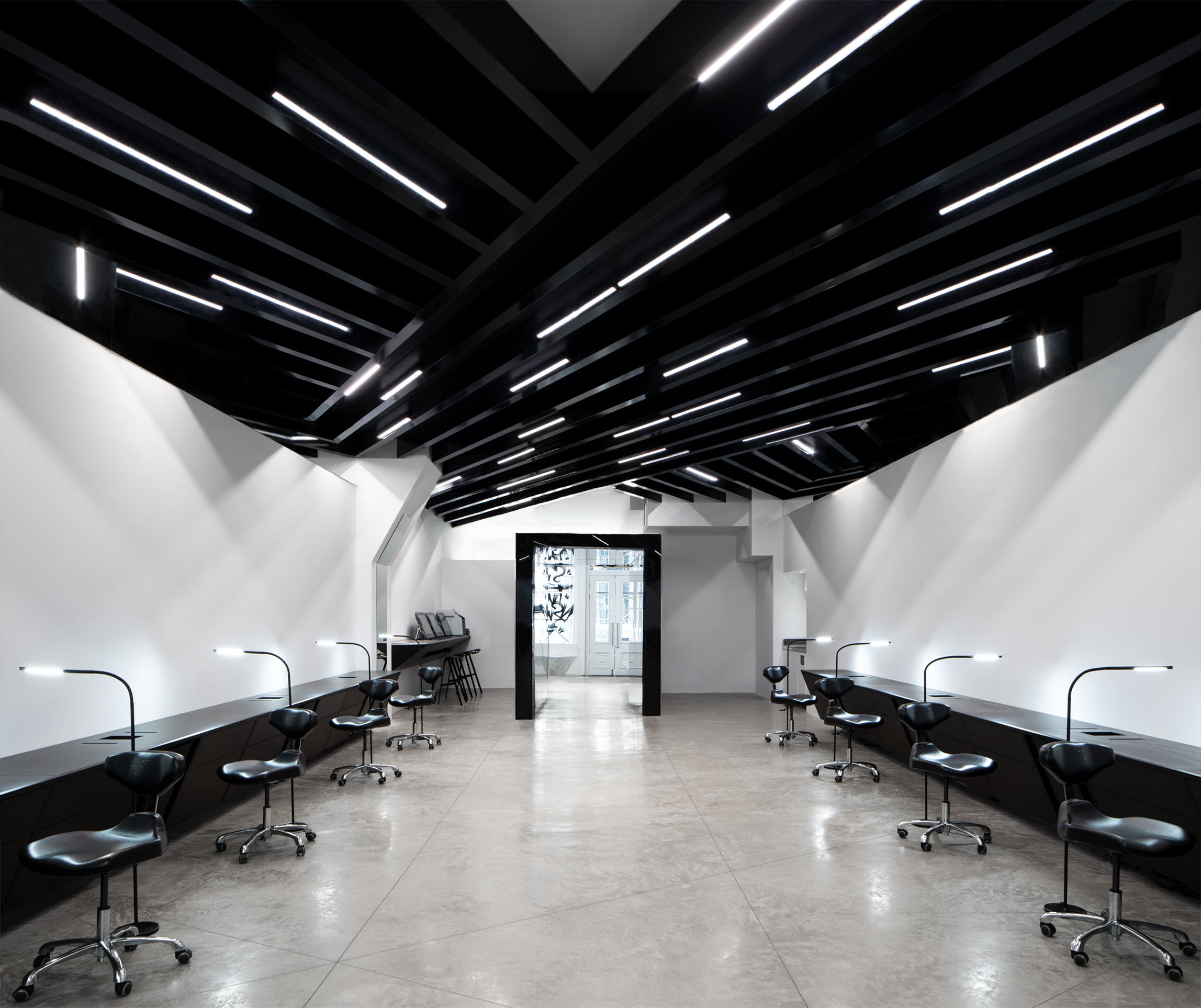 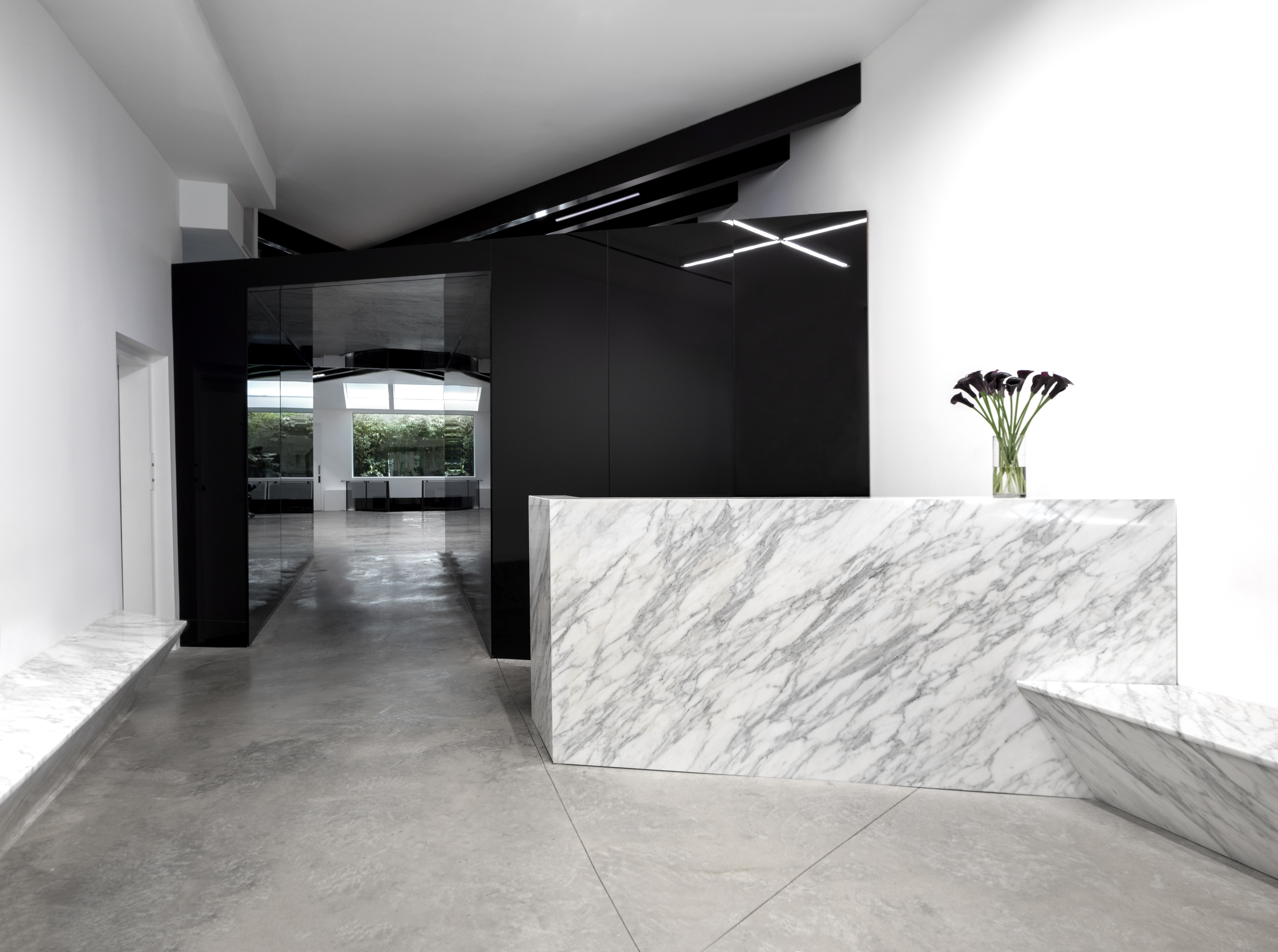 Sensibly, overriding the typology of what a parlour should look like is also starting with one who has helped massively change social perception about having tattoos at all. Bang Bang NYC’s new flagship shop in SoHo is home to one of the world’s most renowned tattoo artists – Keith ‘Bang Bang’ McCurdy has done work on cultural mastheads like LeBron James, Rihanna, Miley Cyrus and yes, even Kylie Jenner. Created by multidisciplinary designer Jesse McGowan, the flagship interiors show heavy black-and-white contrasts, mimicking the bold lines of traditional line work. The space’s intensity is offset by opening up to a garden and koi pond inspired by ideals of purity and permanence.

‘I wanted to celebrate the ceremony of receiving a tattoo,’ said McGowan. ‘To heighten and elevate the experience.’ 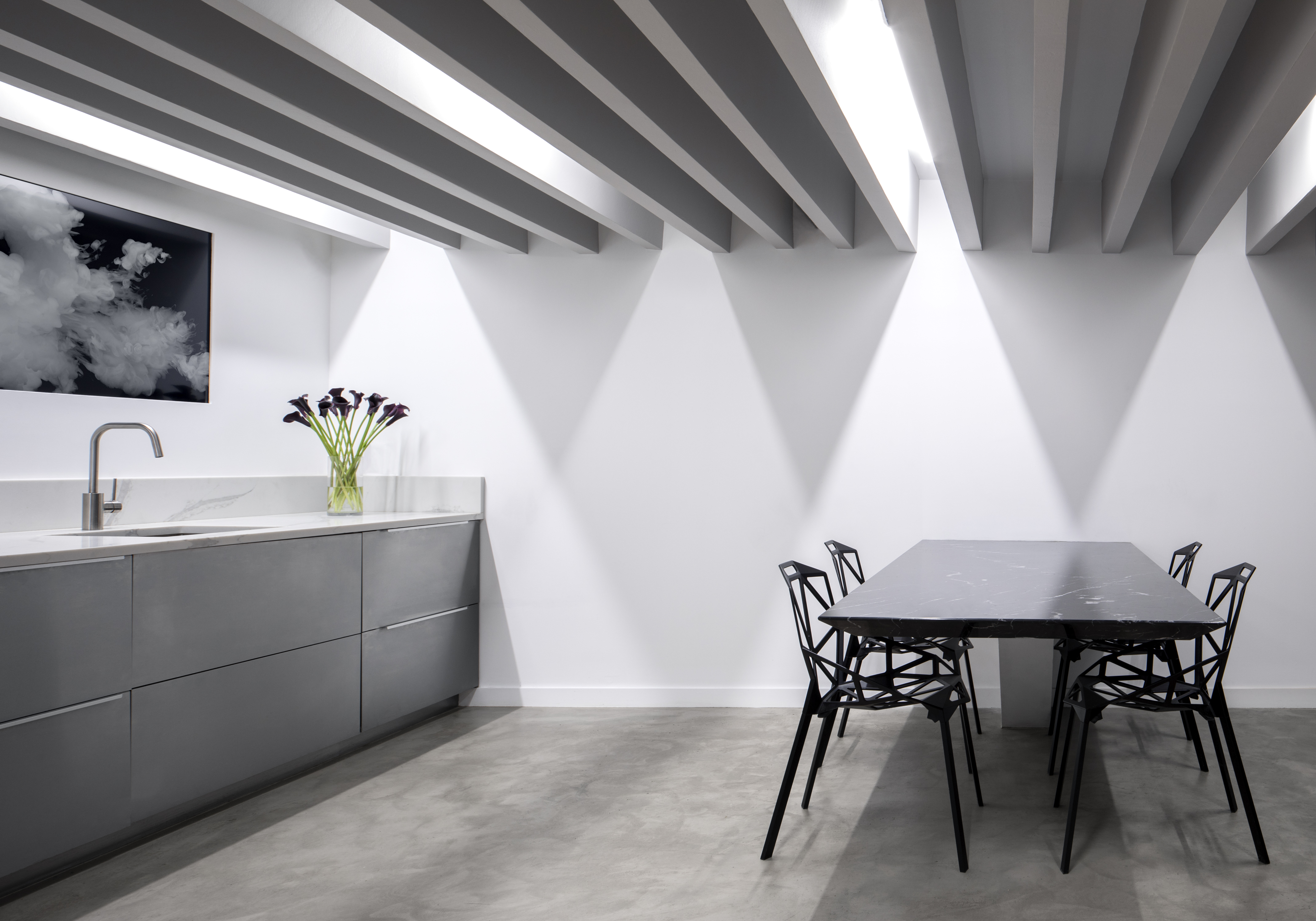 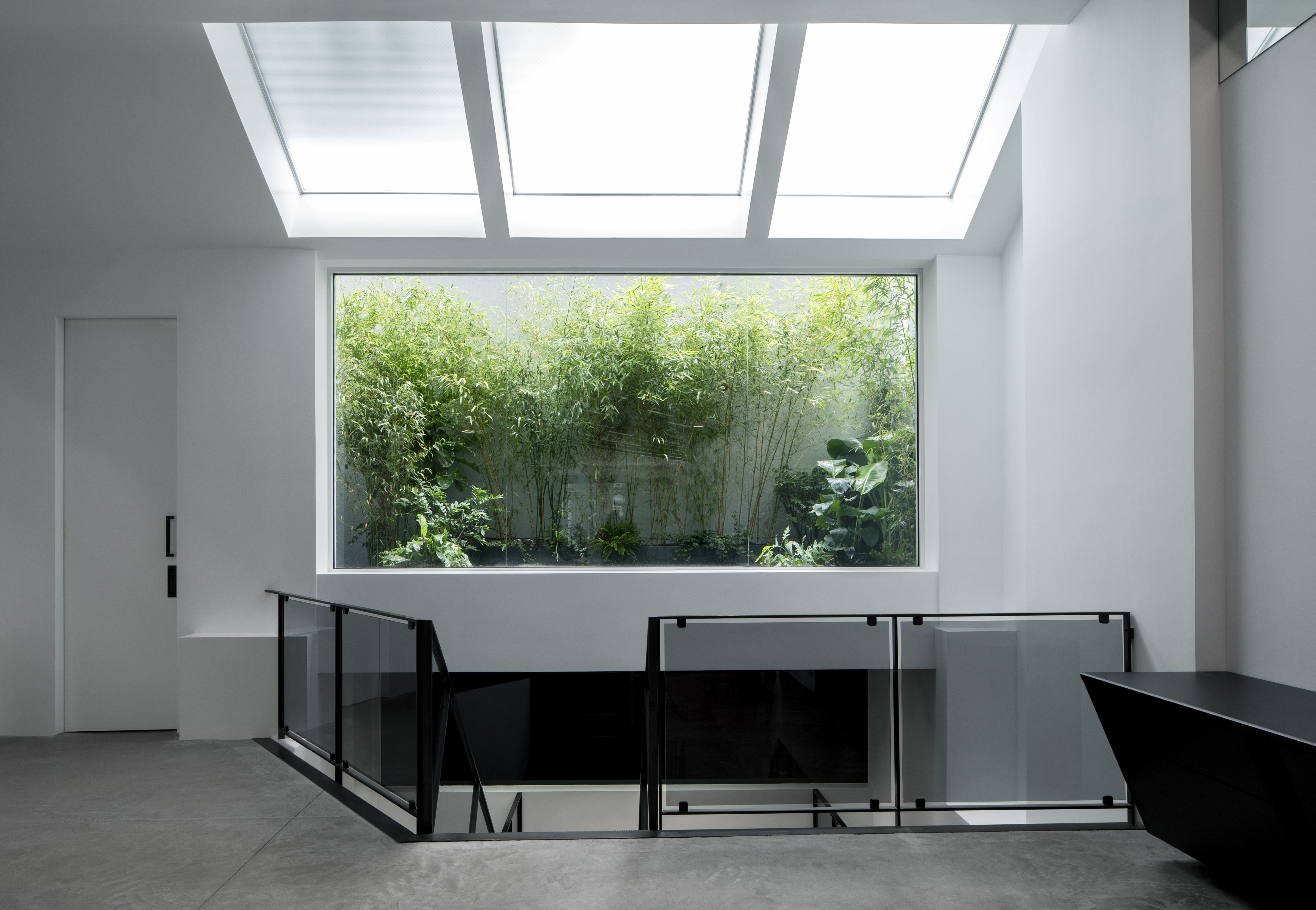 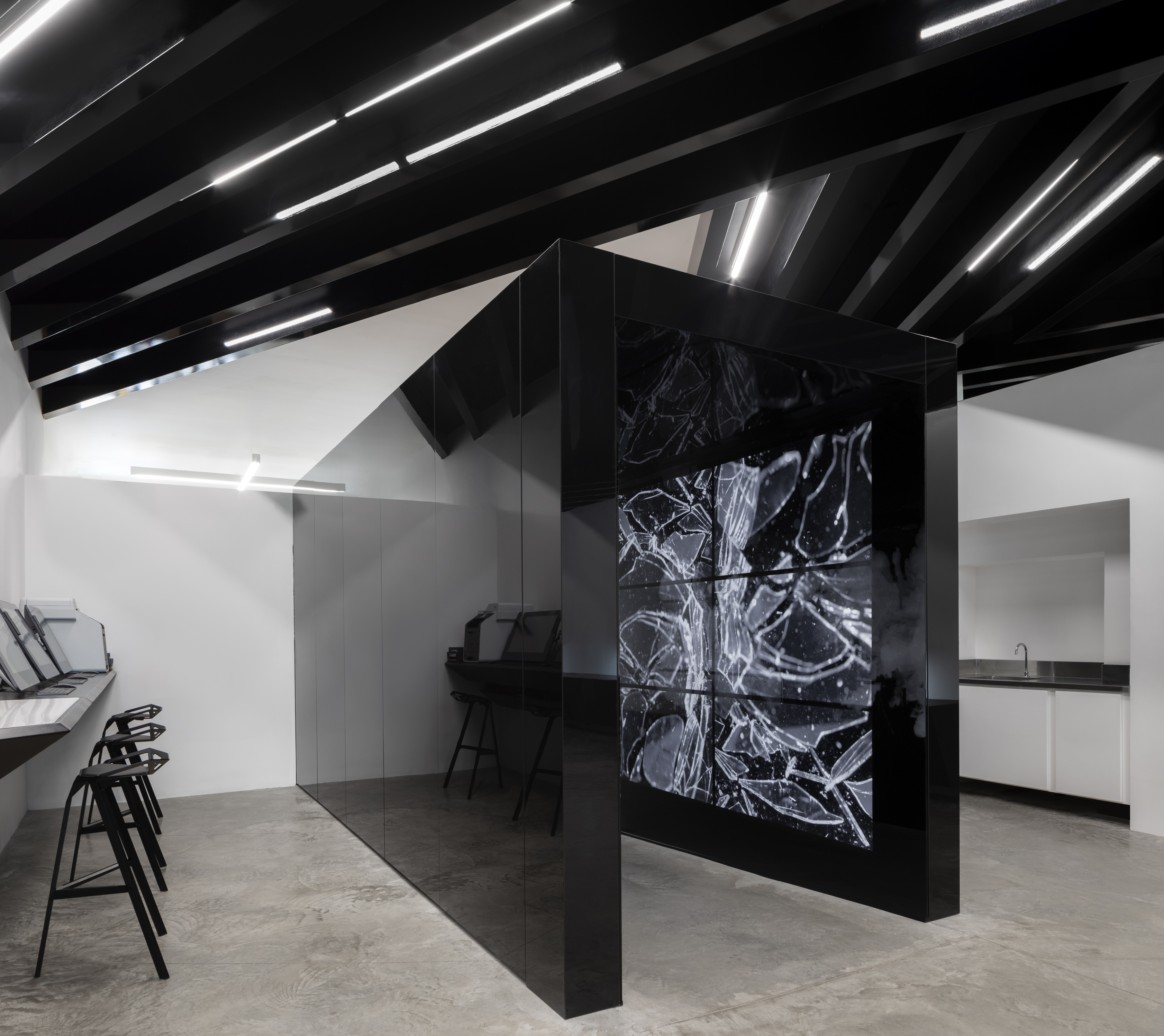 Bang Bang’s visual brand identity was created by McGowan in 2013, and in the space, it’s clearly translated through the repetition of clean diagonal lines and trapezoidal Carrara marble forms. Ornamentation was avoided to zoom in on the art going on people.

Yet, what's omitted in decoration and colour is made up for in texture, both physical and digital: black resin-infused paper countertops are set with lightboxes for drafting and sketching and a black glass tunnel gives star-worthy passage into the workspace. The tunnel also projects videos, footage of lightning, smoke and shattering glass all filmed by the designer. There are soft, sensuous touches: pink calla lilies, plush seating – but the flagship is undoubtedly a place to be reverent, not cosy.

Part of the allure in getting a tattoo has always been in that it lays the opportunity for people to stray from conformity: to become more unique. So why should parlours reflect anything other than overcoming the status-quo? It’s time that tattooists everywhere seize the opportunity and follow suit.