‘We aim to create settings that are more reminiscent of a real home than a store layout,’ said Lou Vanhees, who – together with Bart Lodewyckx – founded Balo, a design boutique in Mol. This contextualisation of design objects is exactly what made Minotti select the location, about an hour outside of Antwerp, to host one of the special programs organised around the globe to celebrate the Italian company’s 70th anniversary.

This shows how contemporary architecture has blurred the divisions between interior and exterior, thus giving more fluidity to furniture

Housed in the former residence of a notary, Balo features an extension with floor-to-ceiling windows that look onto terraces, allowing for an in-situ presentation of Minotti’s in- and outdoor collections. The combined presentation shows how contemporary architecture has blurred the divisions between the interior and exterior of houses, thus giving more fluidity to furniture. 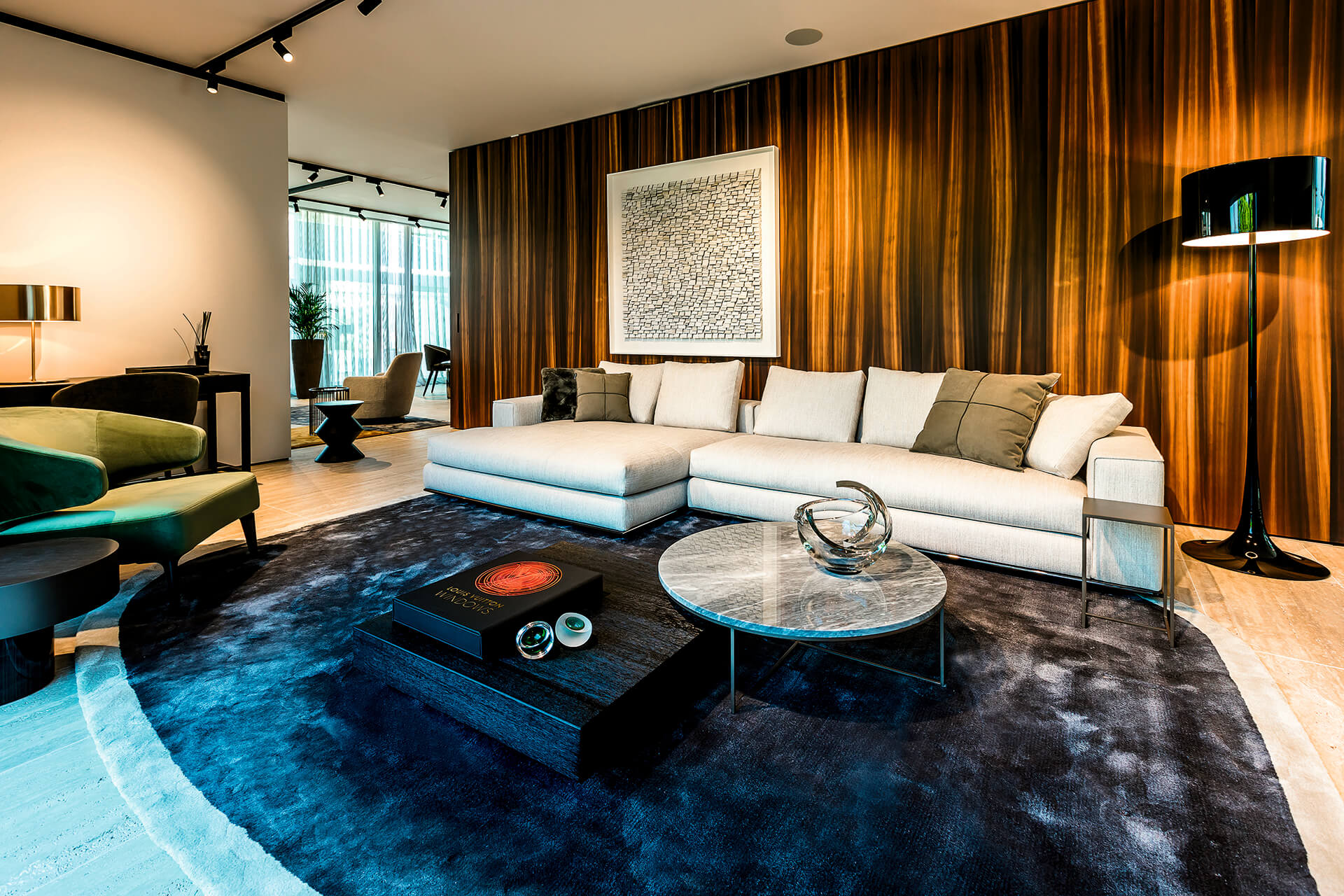 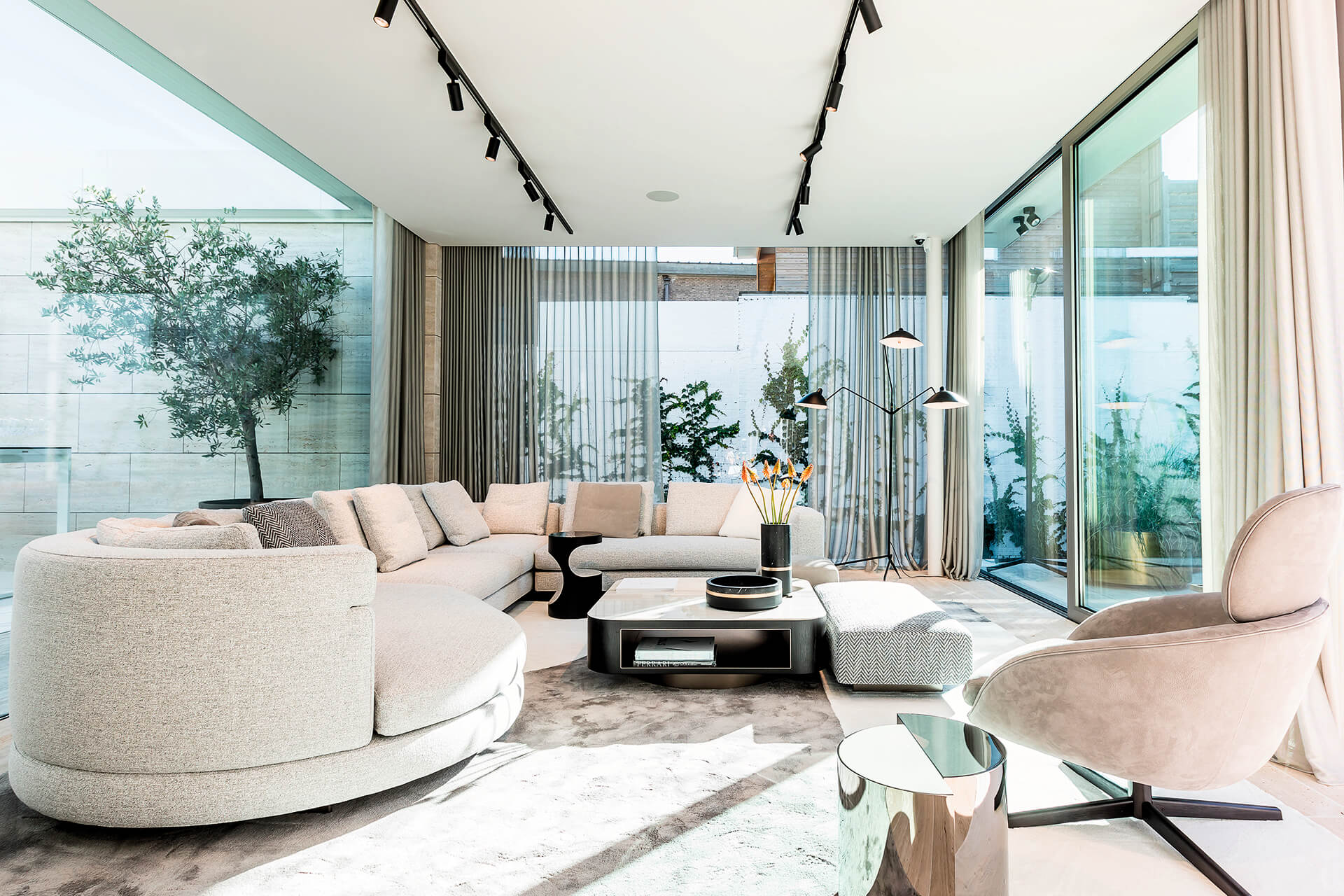 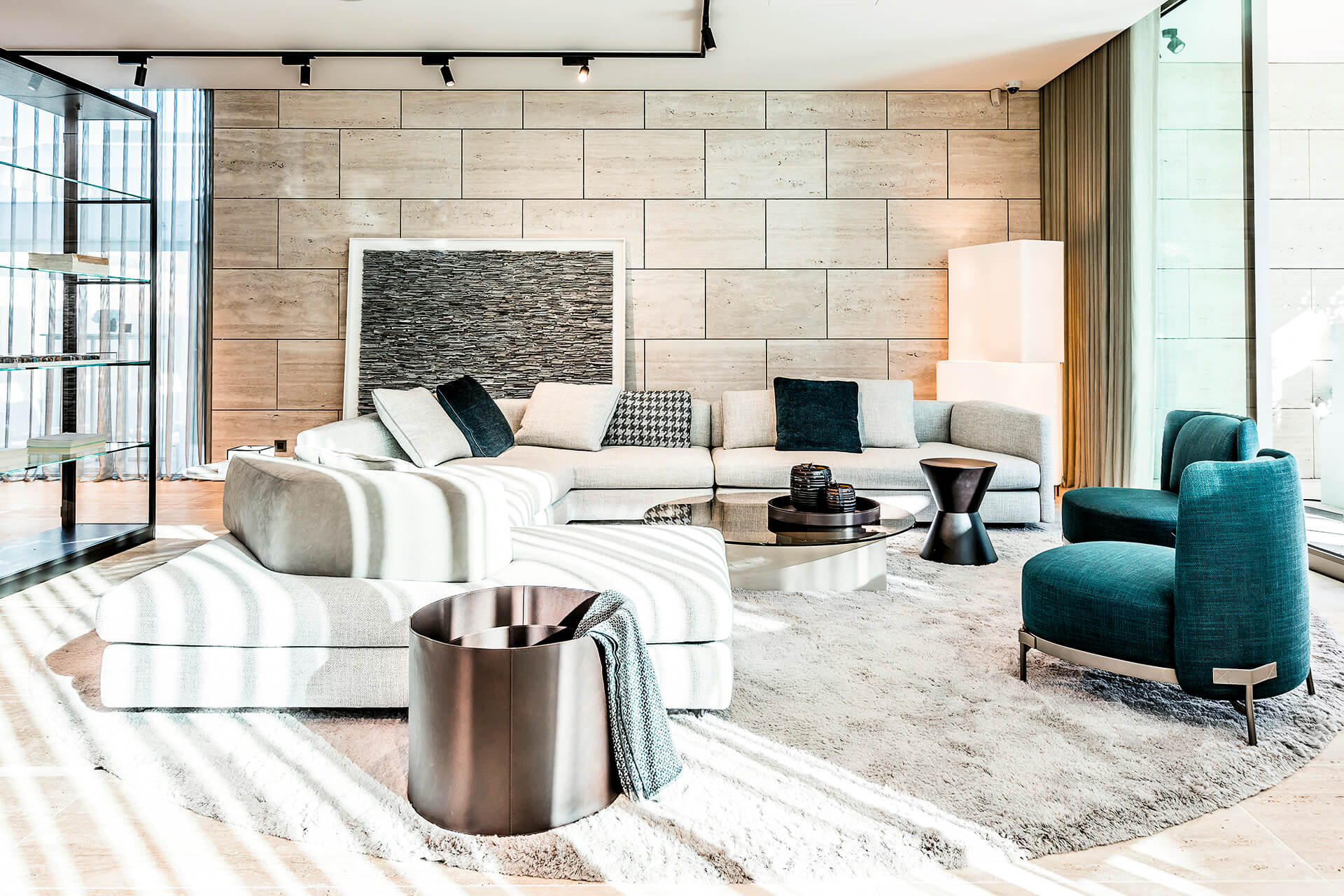 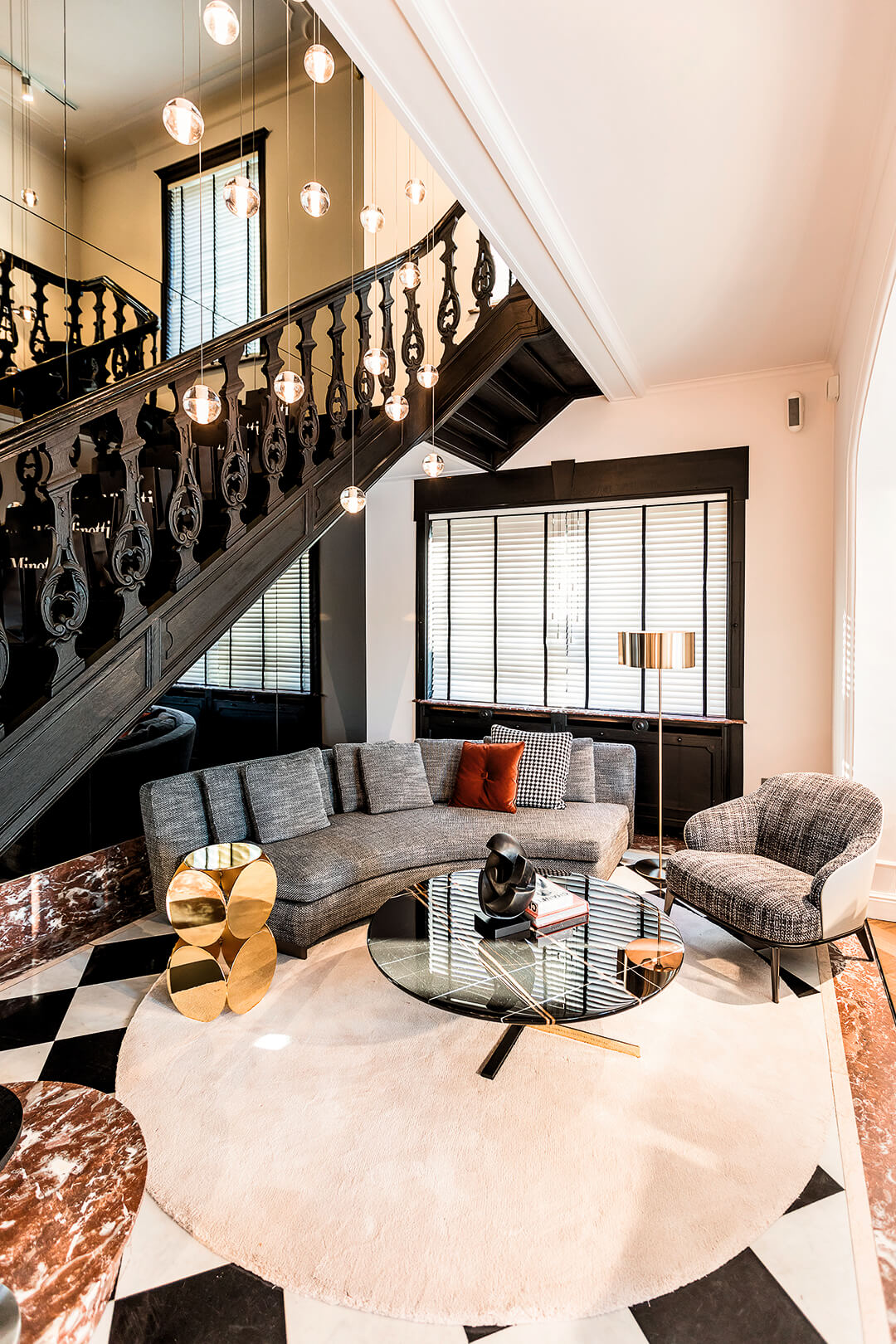 French designer Christophe Delcourt also adopted the idea of fluidity for his contribution to the 2018 collection. His superbly flexible Granville seating system features curved backrests, which results in what Delcourt describes as ‘different modes of comfort within one and the same sofa.’ Granville is displayed alongside the brand’s new releases and best-sellers, enabling visitors to imagine the products playing a part in their everyday lives.

Minotti is set on curating presentations that recreate the feeling of the home, and that become evident during the screening of the documentary Minotti Undiscovered: A Matter of Style. In the film, brothers Renato and Roberto Minotti, who took over the company after the death of their father Alberto in 1991, discuss how the focus on giving products a suitable stage intensified under their watch. ‘This type of management was much appreciated by the trade worldwide,’ said Renato. ‘And it was crucial in the development of a very important company asset: the flagship stores.’

Italian architect Rodolfo Dordoni, who joined the team as art director in 1998, has been instrumental in making the brand’s outings a success. ‘Dordoni is a fundamentally rational architect,’ Renato added. ‘He is able to design clean forms, but he is also a strong decorator. Together, these assets have allowed us to create a product but also to contextualise it.’ 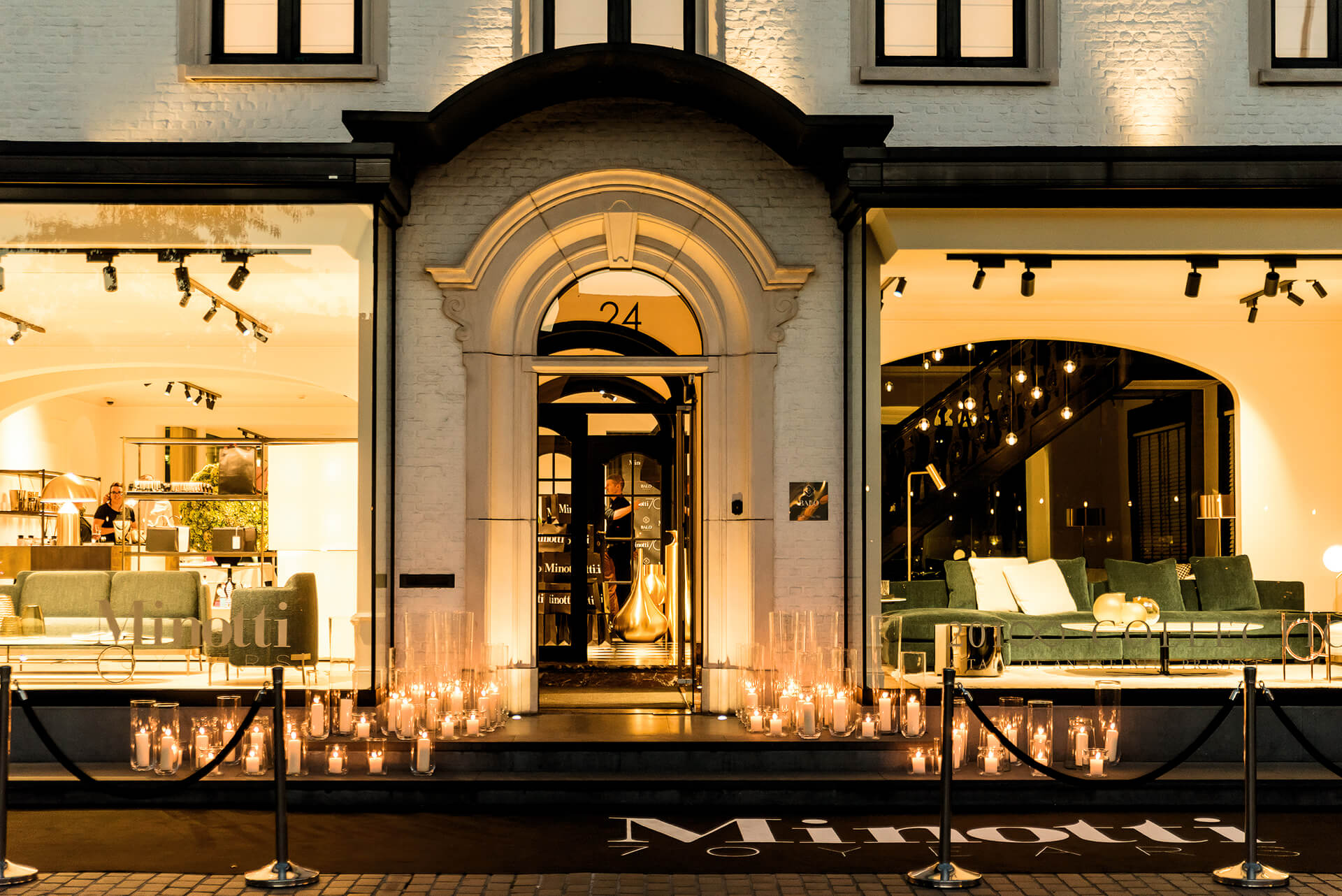 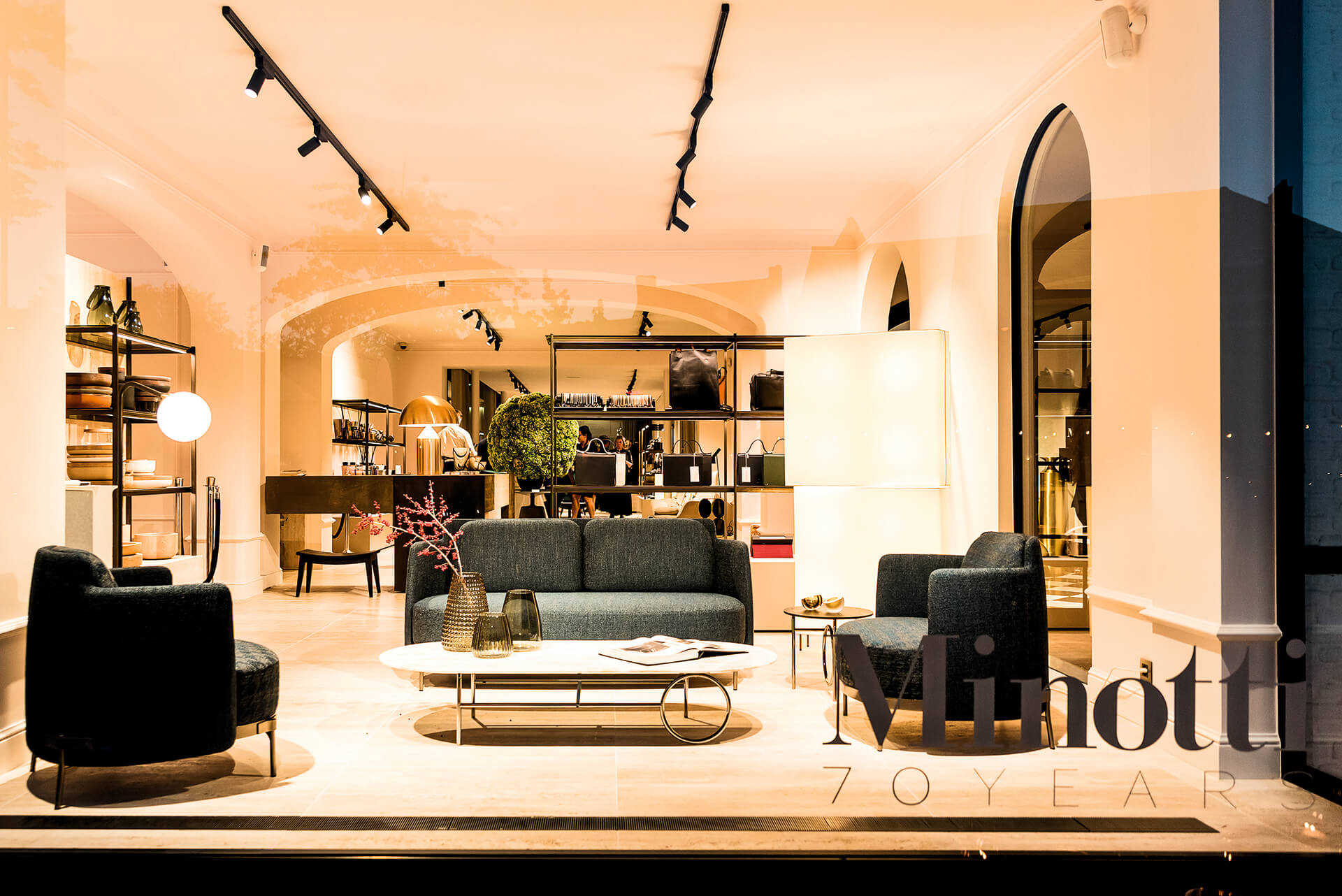 Recent examples of that are the brand’s Salone del Mobile 2018 booth, which featured an oversized replica of the fireplace designed in 1960 by architect Gigi Radice for the Minotti family residence, and their Melbourne flagship, where walls covered in larch panels and slats of black brushed oak help evoke the warmth of home. In fact, the fireplace is such a strong tool to communicate its residential intentions that the brand has interpreted it in various shapes and finishes, and incorporated it as an architectural element in its flagship stores worldwide.

In the documentary, Dordoni himself discusses the origin of his approach. ‘At the time, I had started working in fashion, designing shops,’ he remembered. ‘The fashion products were always set in environments that characterized the brand’s philosophy, its identity. This is something that I try to transfer to the furniture sector.’

No wonder Renato compares their flagship stores to those of fashion brands, ‘where the product is in perfect symbiosis with its surroundings.’

The dedicated Minotti presentation is on display at the Balo design boutique until November 30, 2018.