Martín Berasategui’s avant-garde Basque cuisine has earned the chef three Michelin stars on not one but two of his eponymous restaurants. For his Gipuzkoa-based eponymous location, the culinary mastermind recruited the services of Mecanismo to rethink the space in a way that brought together the gastronomy and nature.

Marta Urtasun and Pedro Rica, Mecanismo’s co-founders, faced a dire challenge: the new addition had to be built on a topographically complex site during the three months of the year that the operation is closed. 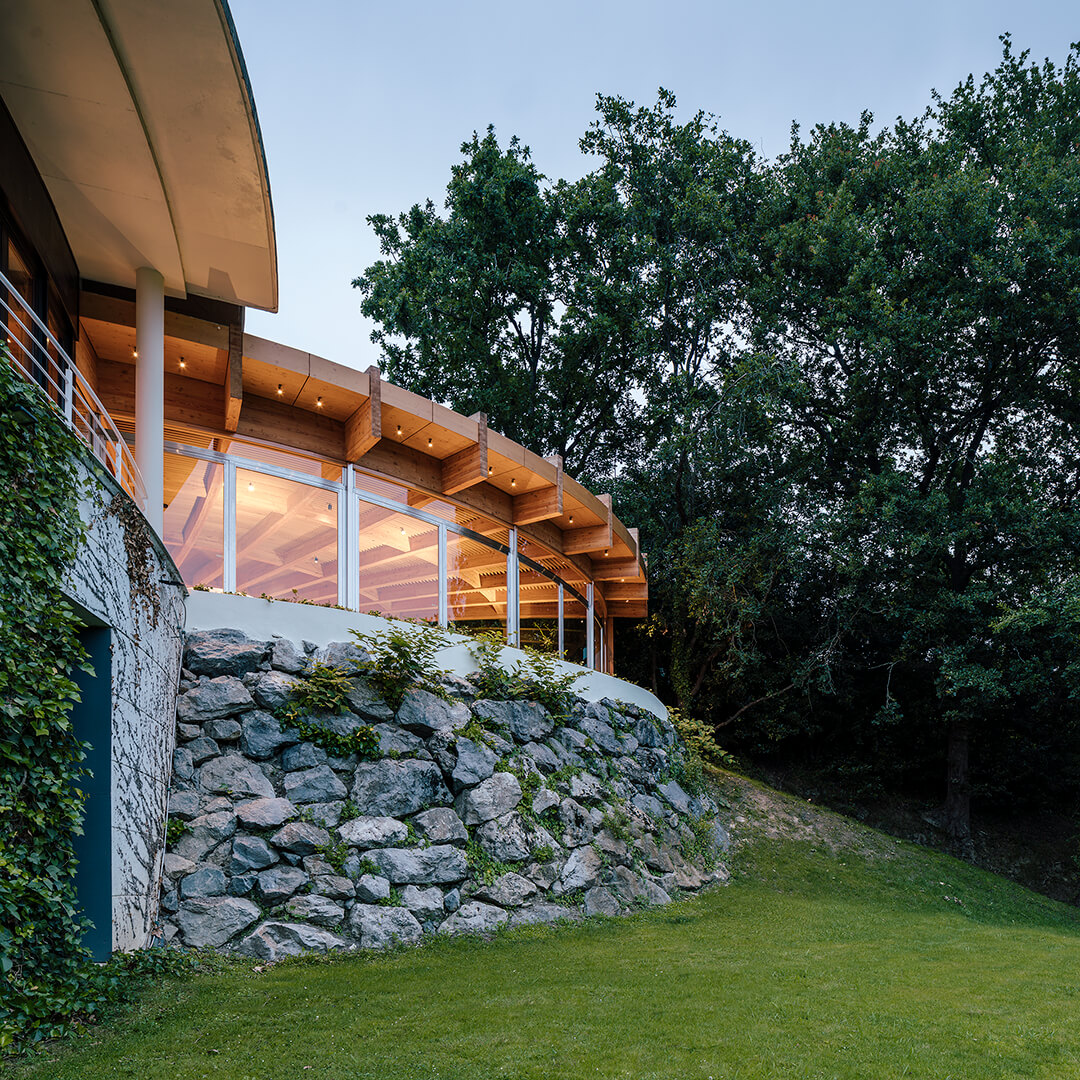 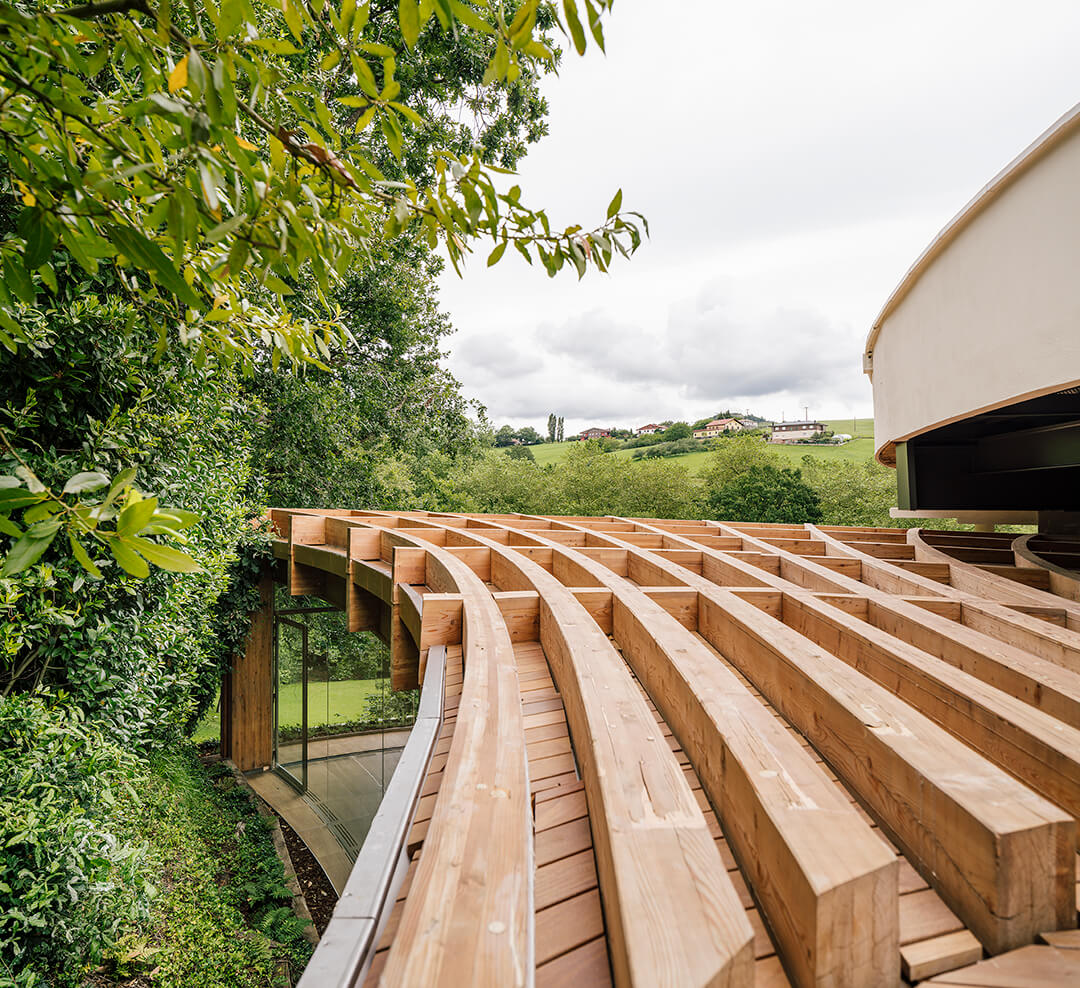 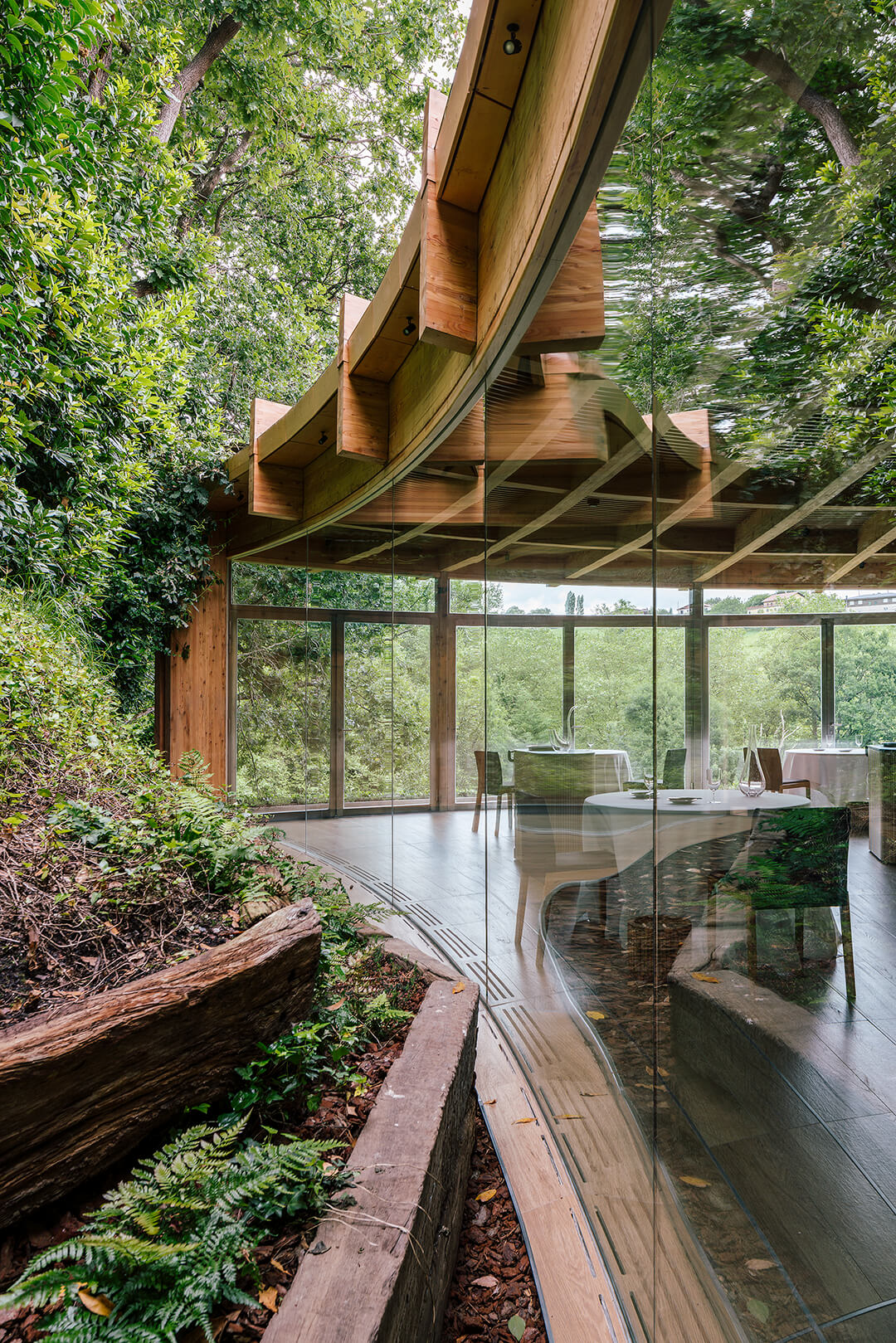 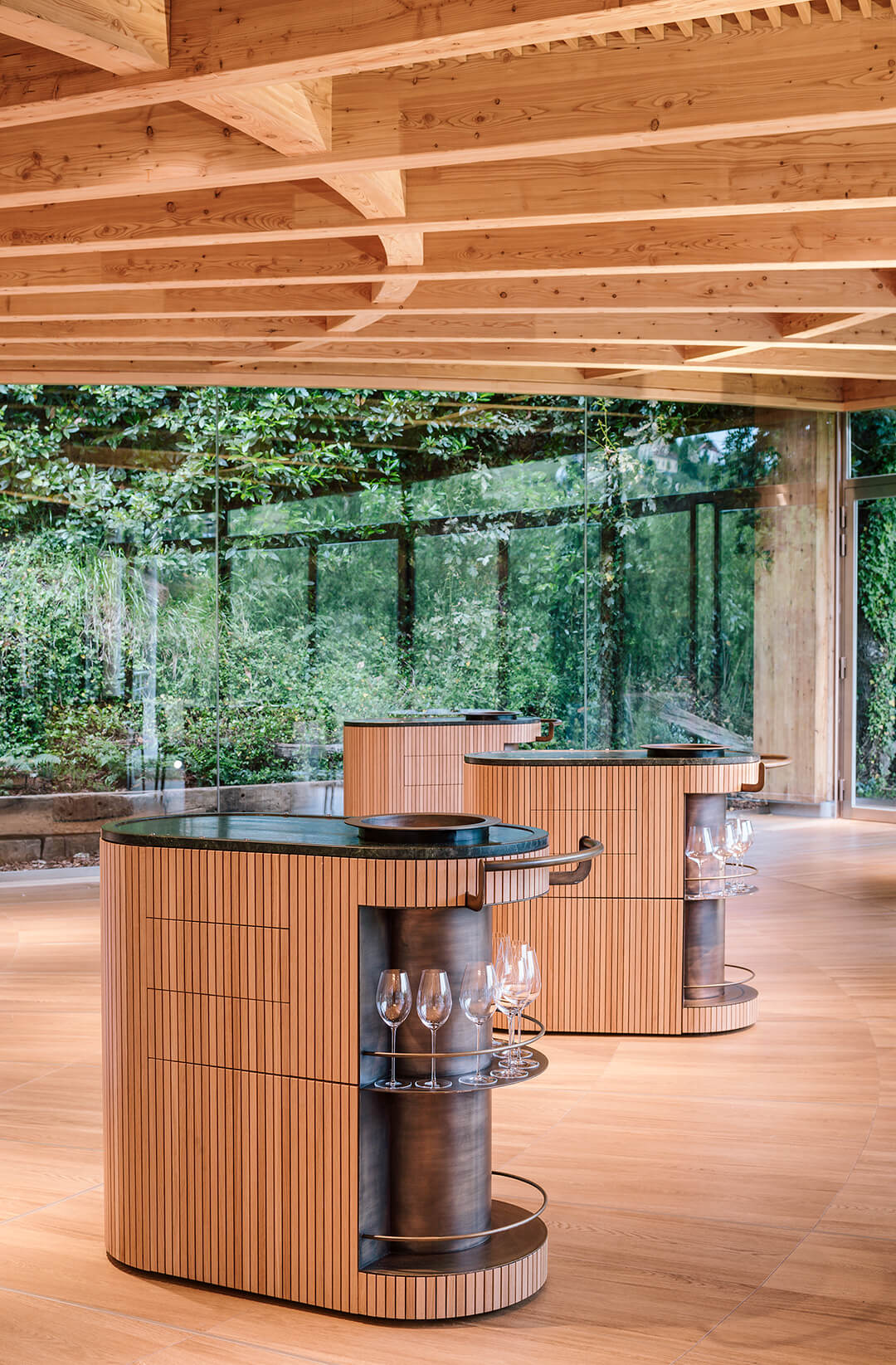 Their answer came in the way of a roof adapted to the site’s demanding geometry, with wooden beams supported on three points. That, in turn, dictated that every architectural element had to follow the strict curvilinear limits established by the roof – so they had to exhaustively manufacture them in a puzzle-like way. On top of that, the studio designed different types of support furniture for the restaurant, with materials such as oak and marble that reference the kitchen team’s devotion to high-quality ingredients.

Incredibly enough, they met the deadline – and quite successfully. ‘All in all, the precise definition of each one of the elements of the project has been fundamental so that the execution could adapt to the term,’ explained Rica.