It’s quite telling of a brand’s nature if it can list off customers such as Wes Anderson, David Fincher and Stephen Daldry; chances are, those retail spaces will be attended to with the utmost attention to detail. Both apply to the stores of Berlin-based multibrand optical retailer Lunettes Selection, of which a new clinic-store has opened in the German capital. The interiors, executed by Oskar Kohnen Studio, help draw in a more traditional clientele while remaining true-to-offbeat-brand.

Kohnen and his team were briefed to introduce Lunettes Selection to the new area by creating a recognisable space suitable for a more mature setting: two neighbourhoods where the company has already been well established, Mitte and Prenzlauerberg, have quite a different customer base than that of Charlottenburg. Bleibtreustraße, the street where the shop is situated, has neighbouring retailers than have been there over a century. The studio had to make the interiors make sense in this context, without copy-and-pasting heritage tropes – in other words, they also had to make the interiors appealing to the Anderson and Fincher fans of the world. 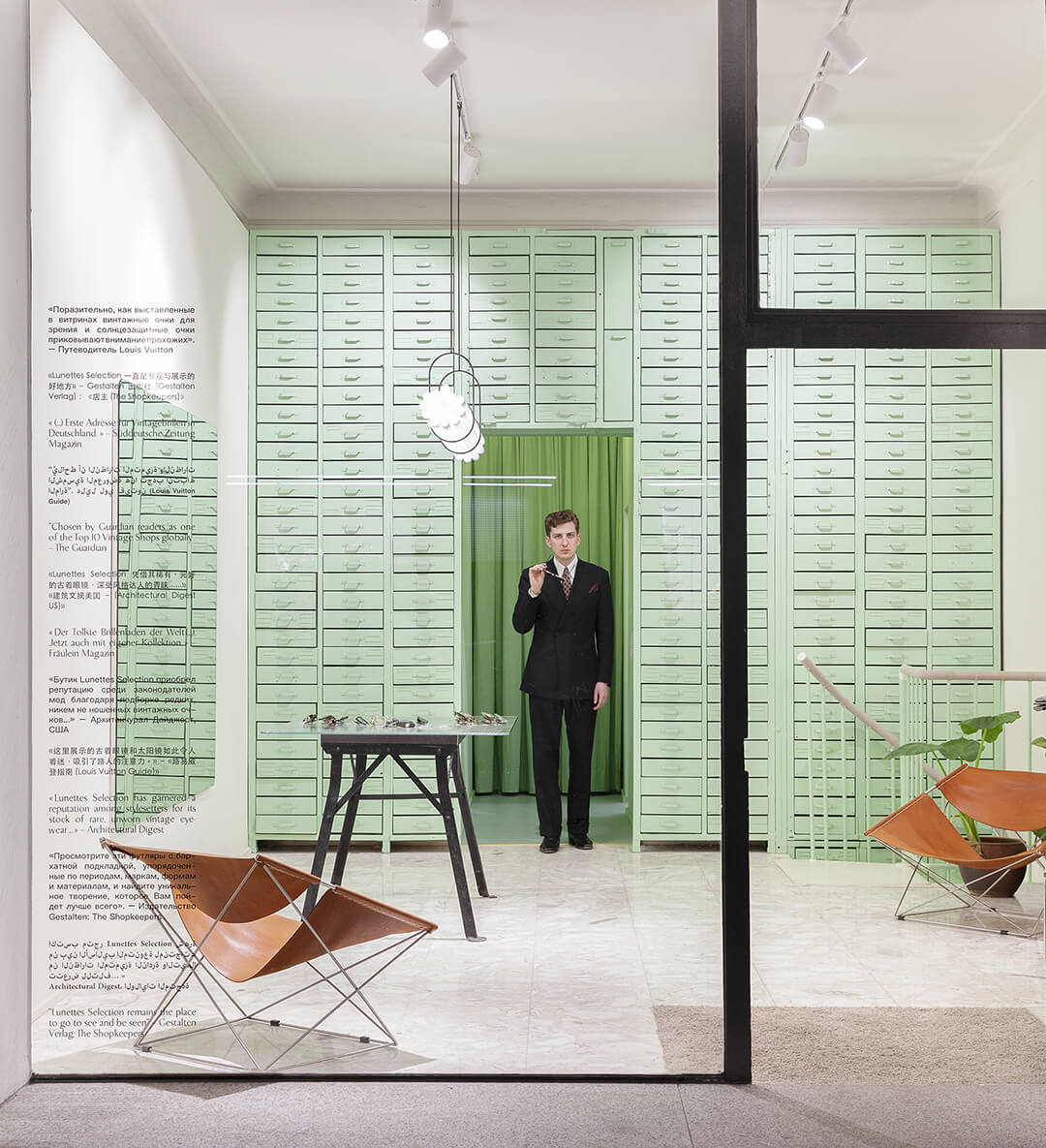 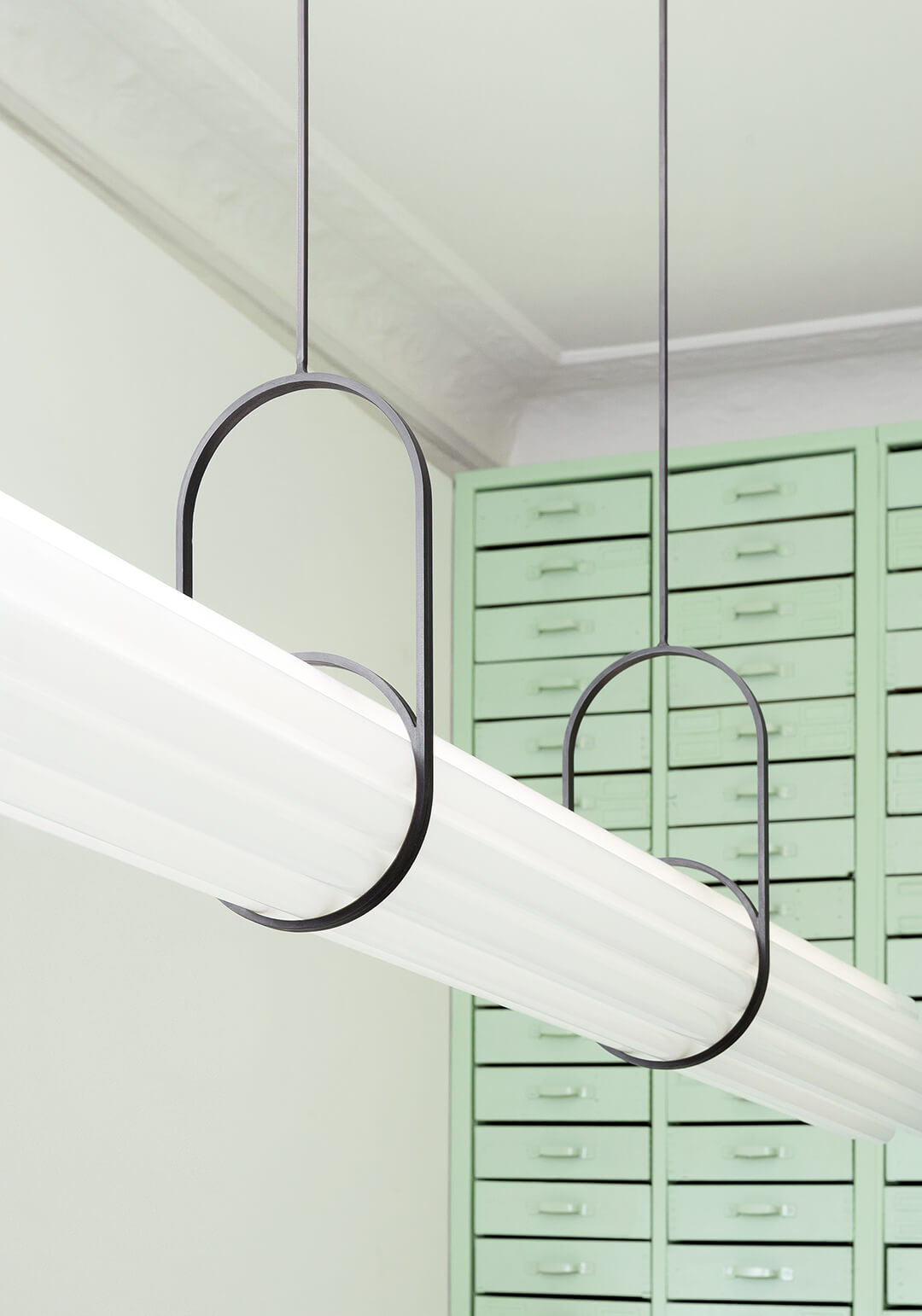 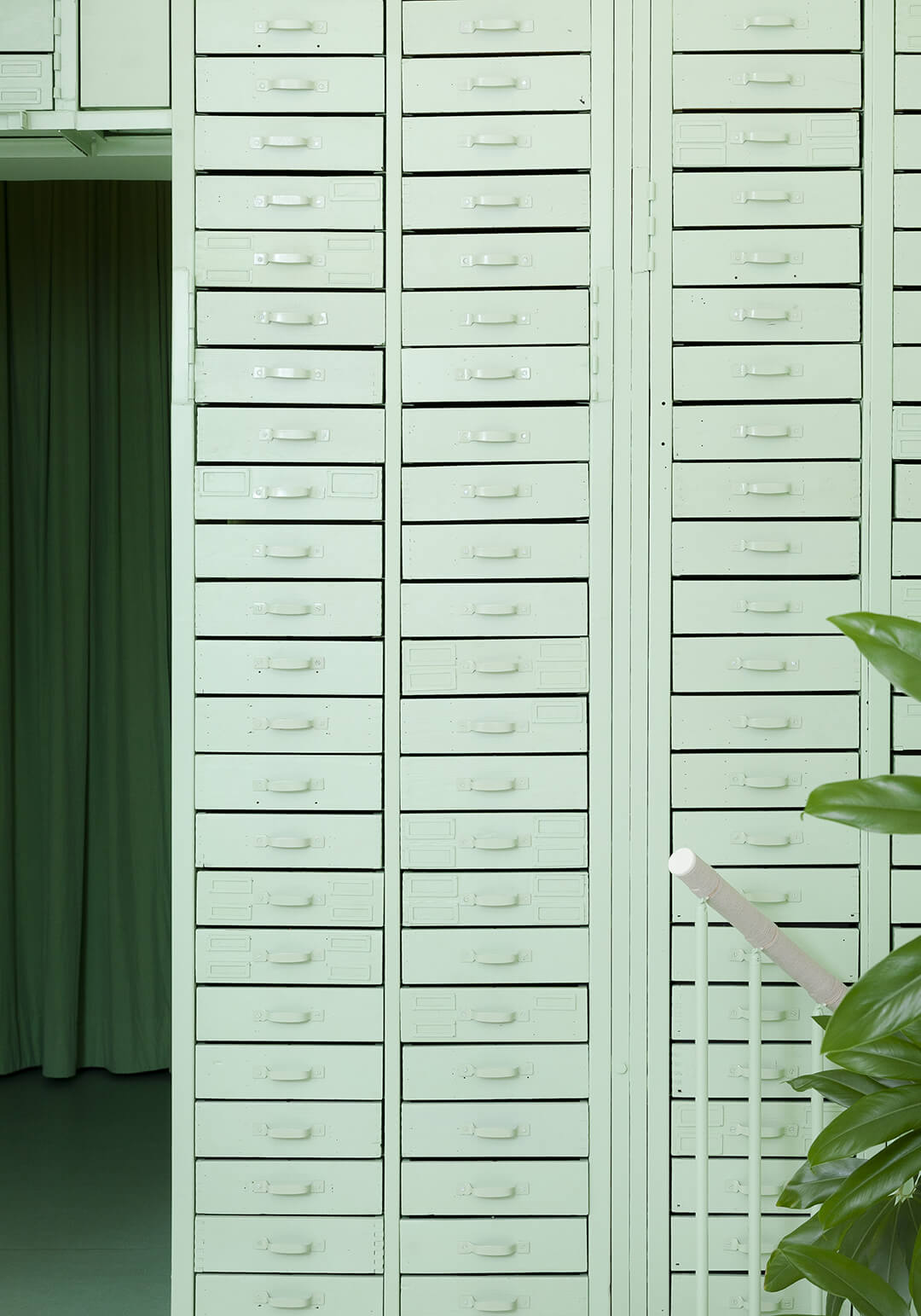 And indeed, the store – which also has a space for in-house eye examinations – is appropriate in both respects. A mint-green wall of cabinets, reclaimed from 13 East German tool units from the 1960s and installed in the back of the white-cube store, references the area’s former workshops. Shoppers are encouraged to peer into the 375 drawers, each of which contain a pair of eyeglasses. The feature, aimed at promoting self-discovery, adds this store to a growing list of retailers focused on doing so. After finding a pair of suitable frames, visitors will find there is no shop counter, instead a large glass table with a wired glass top; the transaction is meant to feel natural and foster more engagement between salesperson and customer. A restored 1970s Agglo marble floor, leather Pierre Paulin chairs, geometric side table by Hank Kwint and an eye-catching tube light fixture custom designed for the store by Sebastian Summa complete the scene.

‘Lunettes Selection Charlottenburg functions as an essay on vintage West Berlin retail interiors through a contemporary lens,’ said Kohnen. ‘And draws extensively on the local area’s heritage and history.’