Stephen Chance and Wendy de Silva started collaborating with sound artist Robin Rimbaud (aka Scanner) in 2012, setting out to explore the boundary between sound and architecture. To date they have exhibited work at the 2014 Venice Biennale; made recordings of the sound of pouring concrete; and designed Vex, a studio house in Stoke Newington, an area in the London borough of Hackney.

Buildings are usually designed with the human senses in mind – sight being the most important – but some typologies lend themselves to a focused consideration of those senses: restaurants curate taste, baths provide textures and temperatures, gardens offer fragrance, galleries accommodate visual arts and concert halls are all about sound. Architects might have all five senses in mind when designing a house, but most often they focus on visual articulation and spatial organization.

In the case of Vex, Chance de Silva and Scanner overlaid functions in an assemblage that can be experienced not only as a continuous volume and a visual spectacle, but also as an environment for listening. 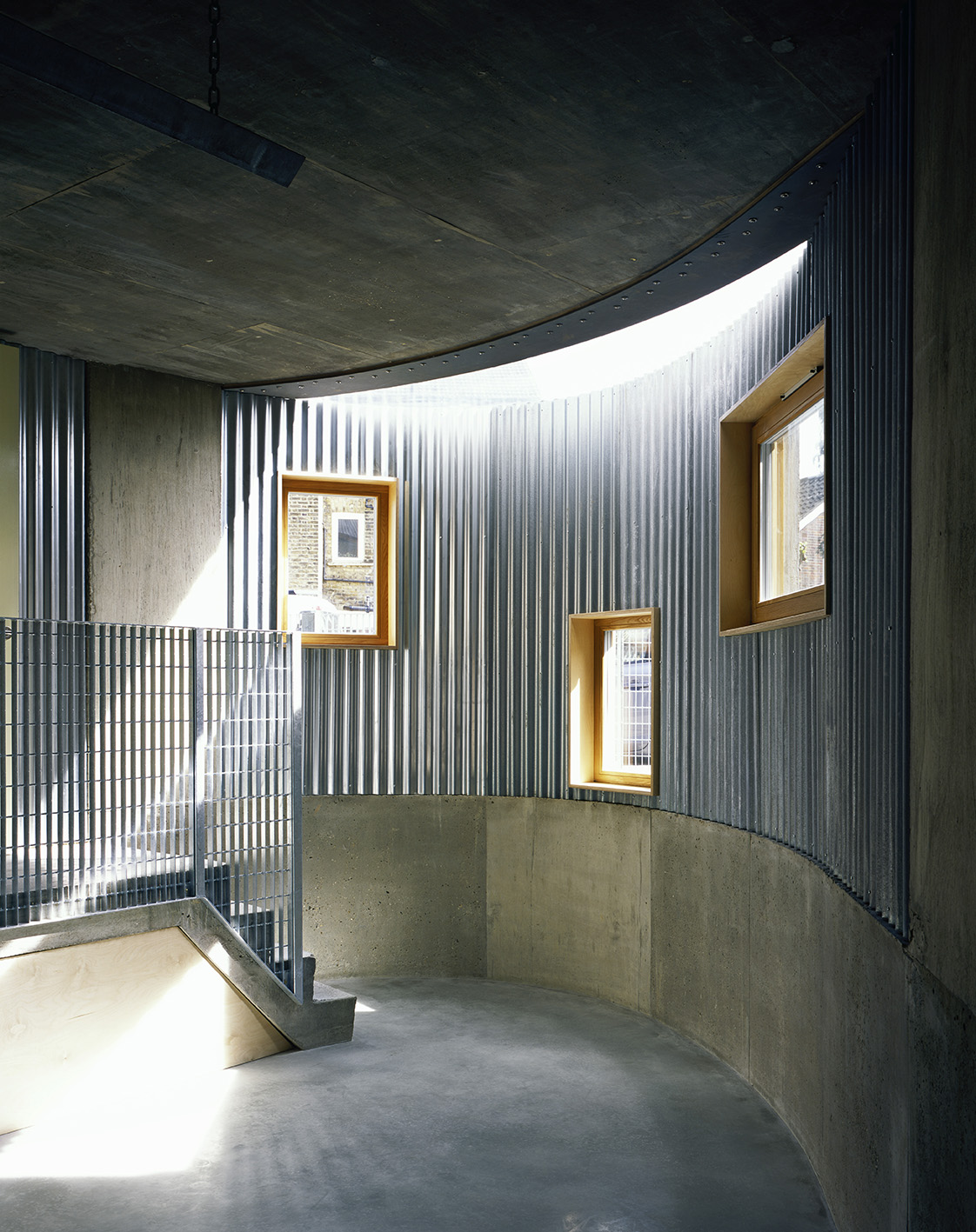 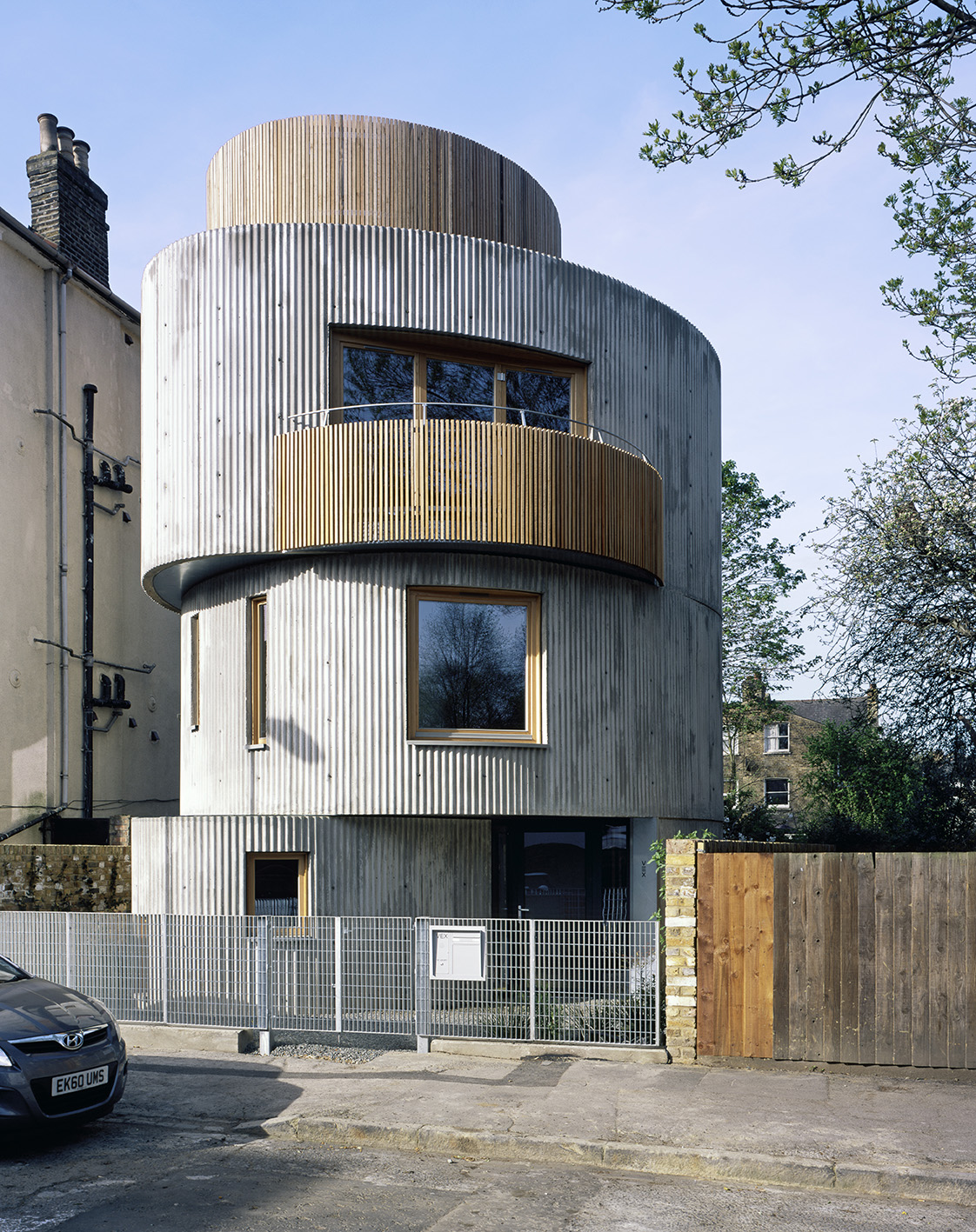 The house is on a street in a Victorian conservation area and came with a challenging set of contextual requirements. Instead of taking cues from the surroundings, the team drew inspiration from Erik Satie’s Vexations, an 18-hour-long (sometimes even longer) piano piece written in the late 19th century that features a short theme replayed 840 times. The architects and sound artist introduced Satie’s repetition conceptually by wrapping a design model in the musical score, leaving marks translated into vertical ridges.

Exterior walls are concrete cast in situ using corrugated formwork that gives the building its soft, fluted, rhythmic materiality. The re-looping of the musical work is referenced with elliptical floors stacked and shifted to create a winding circulation plan, as well as a number of vertical openings that allow light to enter the interior, where space and acoustics can blend into a stage for performances, as Stephen Chance explains. ‘At some point we are going to have a live gig here,’ he said, ‘where Scanner will mix construction sounds recorded during the project.’

This piece was originally featured on Mark 69. You can purchase a copy here.