This ethereal, multi-purpose flower shop in China is designed like a poem

Among Hangzhou’s urban jungle is a new outlier: painted a stark white and cobalt blue, the exterior façade of By Jove – a new flower shop in the city – is quite unlike its neighbours in its visage.

Inside, one is enveloped in the space by an ethereal entry, with walls swathed in natural light and windows in gauzy, nearly imperceptible curtains.  The store’s design is the work of Mur Mur Lab, a Shanghai-based studio with a knack for creating minimal spaces that don’t forsake intimacy.

In Frame 123, we interviewed Li Zhi and Xia Murong of Mur Mur Lab and the duo explained that they prefer their projects be small, subtle interventions – ‘Almost like whispers,’ said Zhi. He continued, ‘We don’t want to be too commercial. We want to deal with spaces in a different way and to offer our clients ‘everyday’ surprises.’

And that their team delivered with By Jove, which goes beyond verdure retail – with a café offering coffee and desserts, home accessories display and a learning area where floral design classes are held. More concept store than mom-and-pop flower shop, the multifunctional space was designed to be ultra-versatile and accommodating. 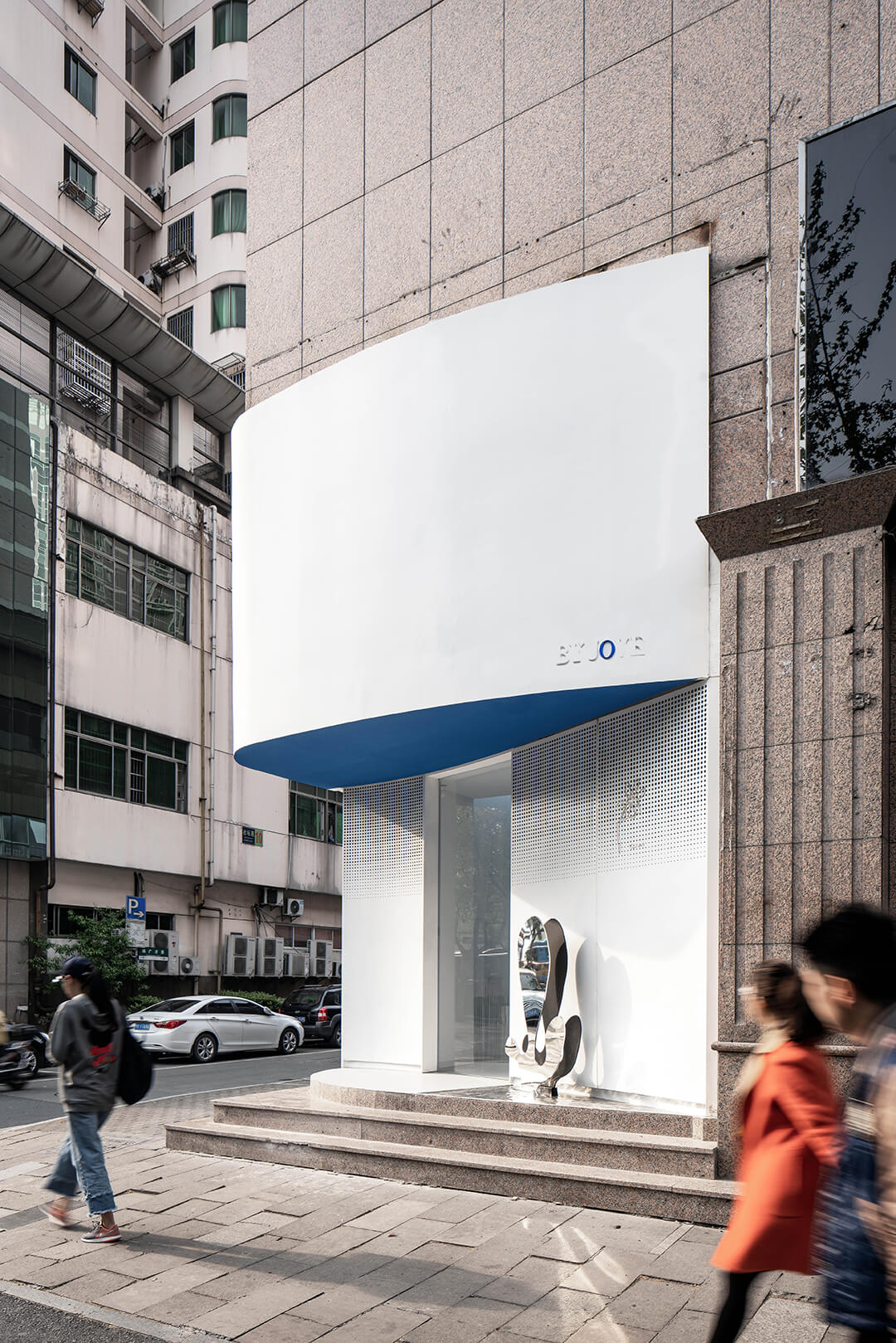 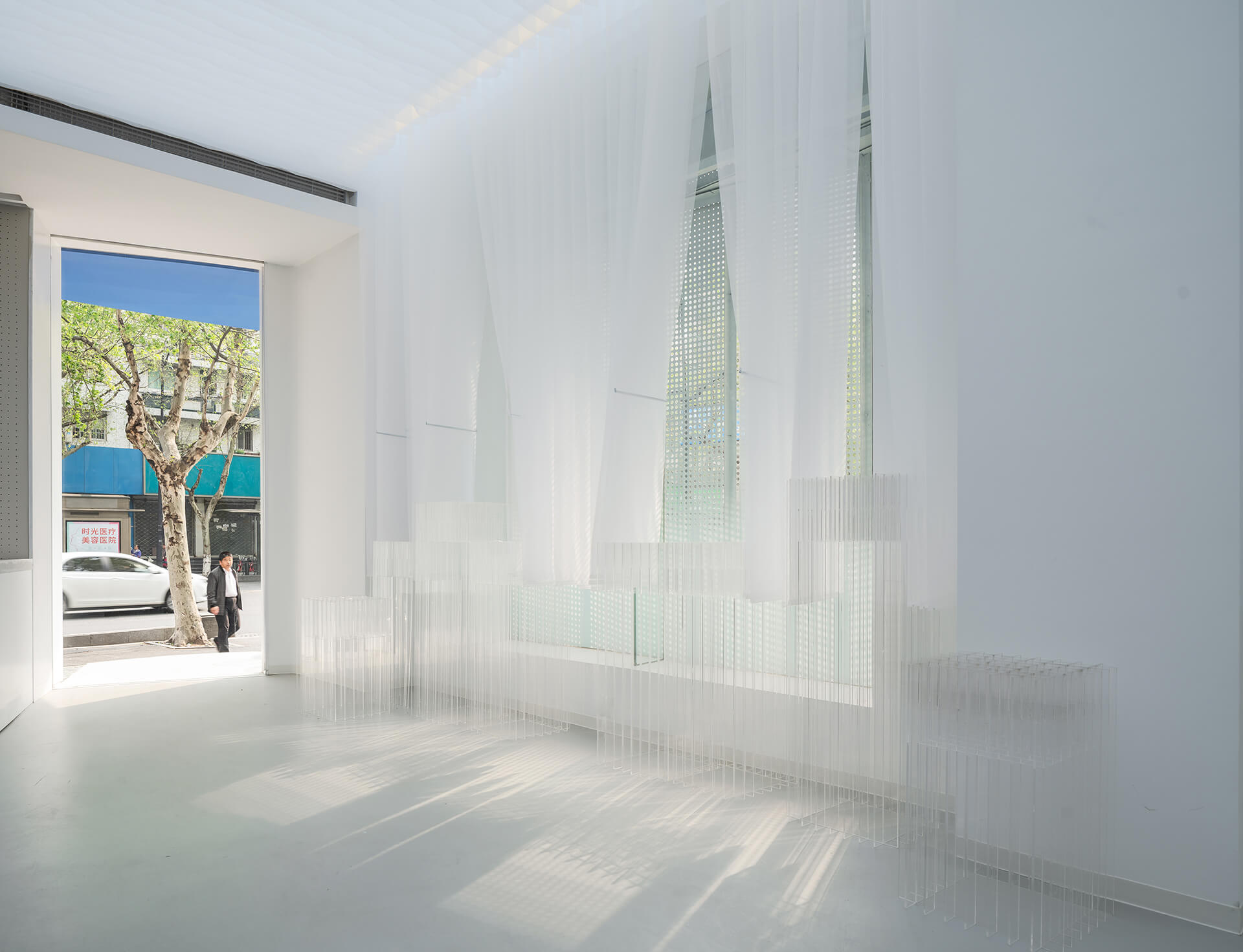 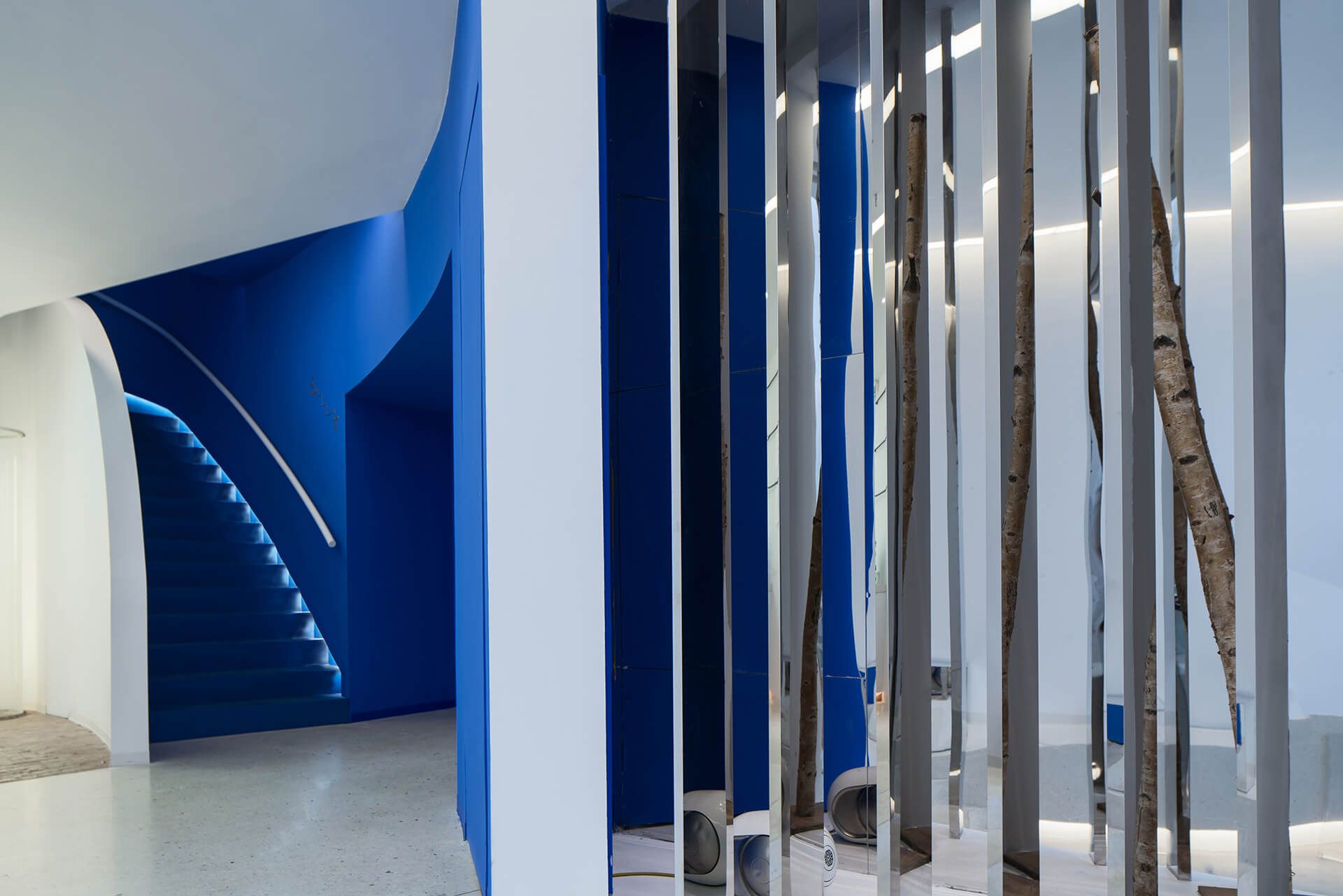 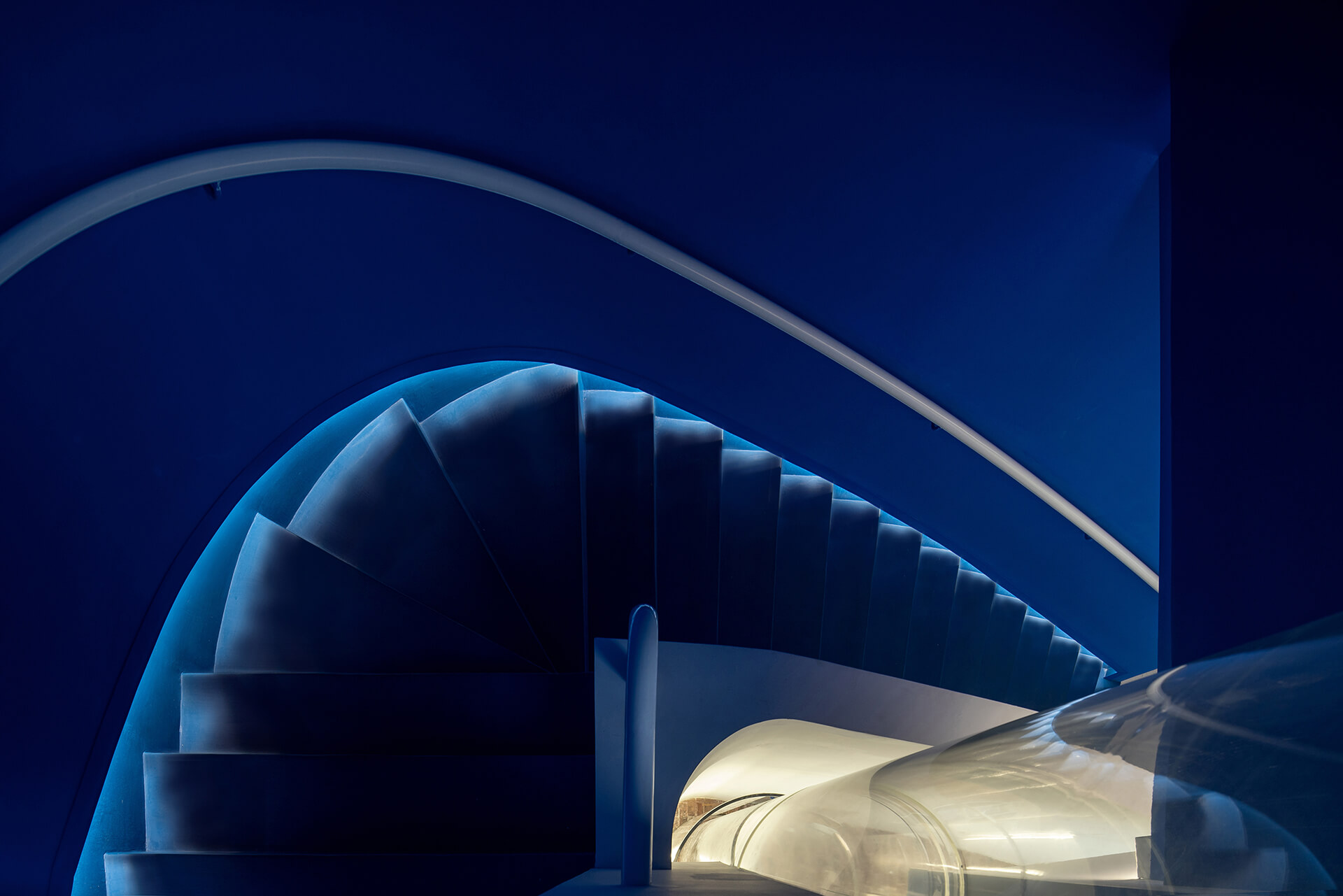 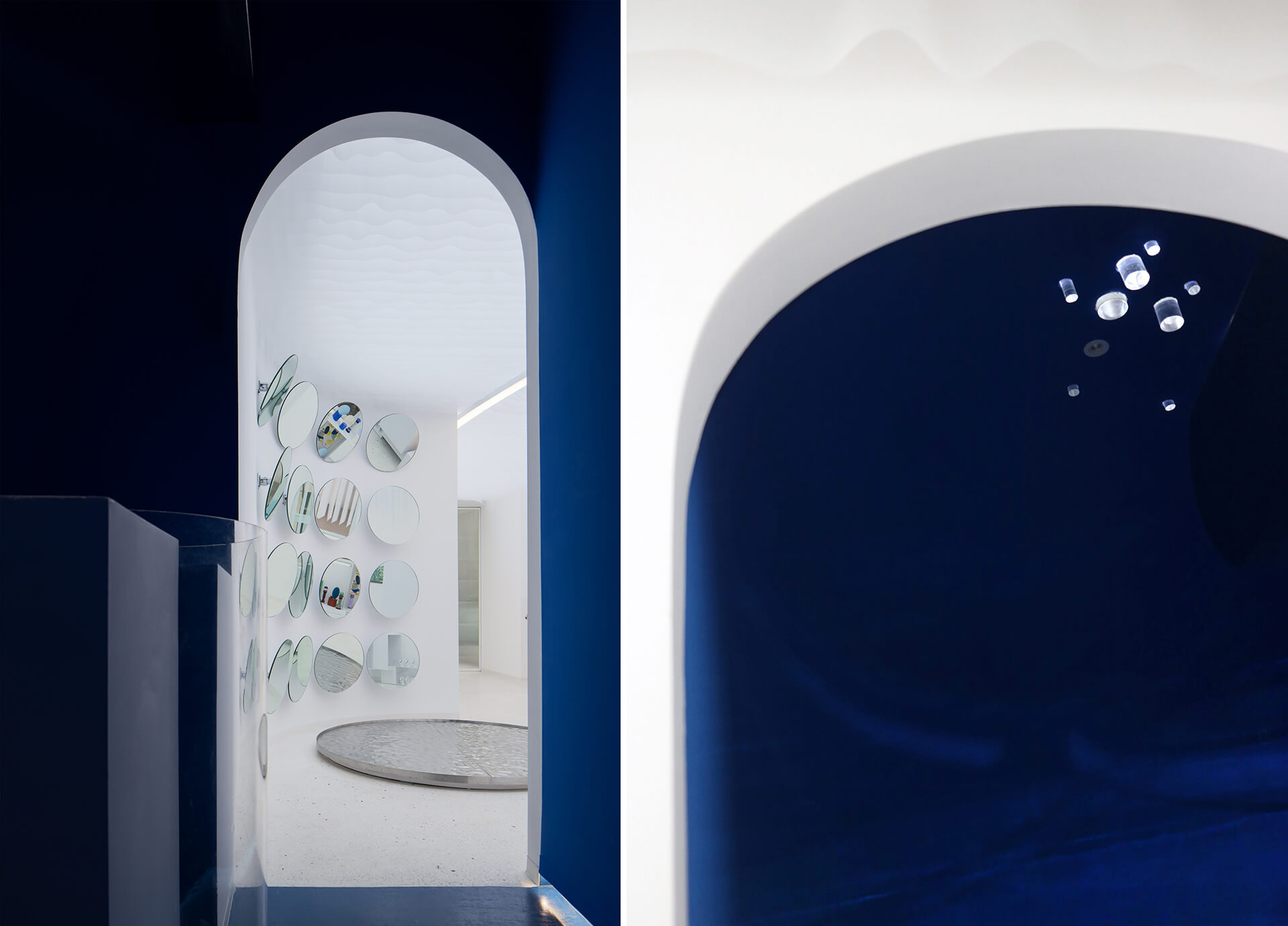 Coincidentally, a piece on the evolving typology of flower shops was another feature in Frame 123. Focusing on three spaces from China to Denmark, it pinpointed a trend: the flower shop as a destination, rather than simply a pick-up point for dinner table blooms. By Jove is certainly a continuation of that idea – one could spend a whole afternoon browsing, socialising and relaxing inside.

So, in building that very place where people would want to come to stay, it was important to both the client and Mur Mur Lab that a strong sense of spatial, emotional narration be established for the visitor’s journey through the store. They accomplished this through the contrast between all-engrossing white surfaces and the sunlight dances through the space; in a way, the juxtaposition becomes architecture itself. The same shade of blue of the exterior awning’s underbelly too made its way indoors, snaking up a staircase with a ceiling embedded in dream-like, starry lighting.

‘We wrote twelve little poems threaded by a soft curve, in a warm and loving way,’ remarked Mur Mur Lab of their work. ‘[In By Jove], the summation of every part is greater than the whole.’