It's almost become a cliché that New Yorkers are impatient walkers  — yes, it happens to the best of us. And yet, the hastily organic flow of people is constrained by the city’s sharp concrete, glass and steel grid. But within it, people still exert their free will, even as the prevalence of clean-lined modernist tower blocks seems incongruent with the millions of messy interpersonal interactions they frame.

That’s the complexity that Studio INI addressed in its new Urban Imprint project. Currently on view at MINI’s design incubation lab A/D/O as part of New York Design Week, this installation is an evolution of Disobedience, the studio’s participation during last September’s London Design Biennale. There, the Greek-British INI began exploring the idea of non-static architecture… but whereas that first installation considers the role walls play in our constructed environments, Urban Imprint considers a larger scale. It’s almost as if the walls have been turned perpendicular to form a floor and ceiling. Without any vertical barriers, the installation can be accessed from multiple points. 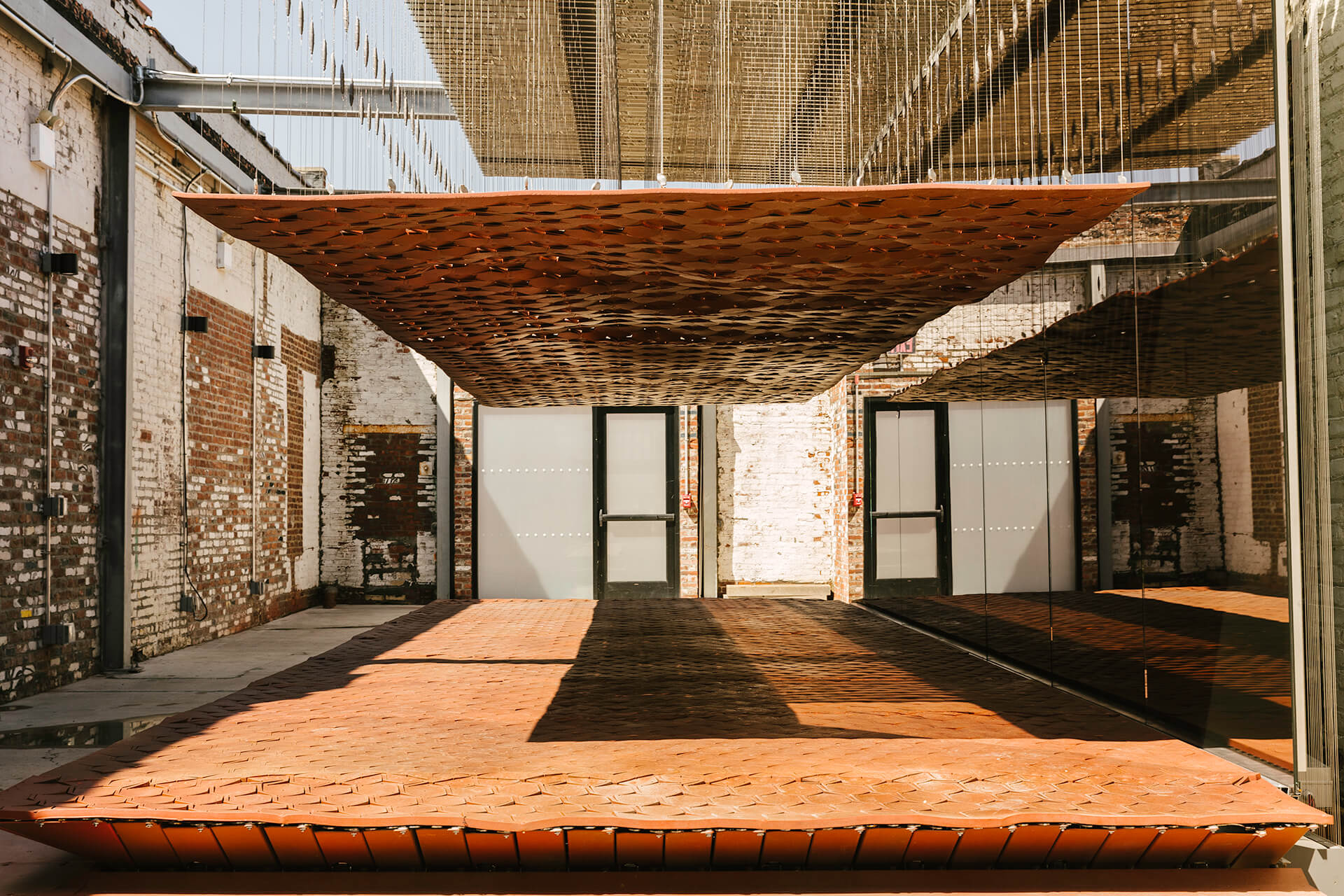 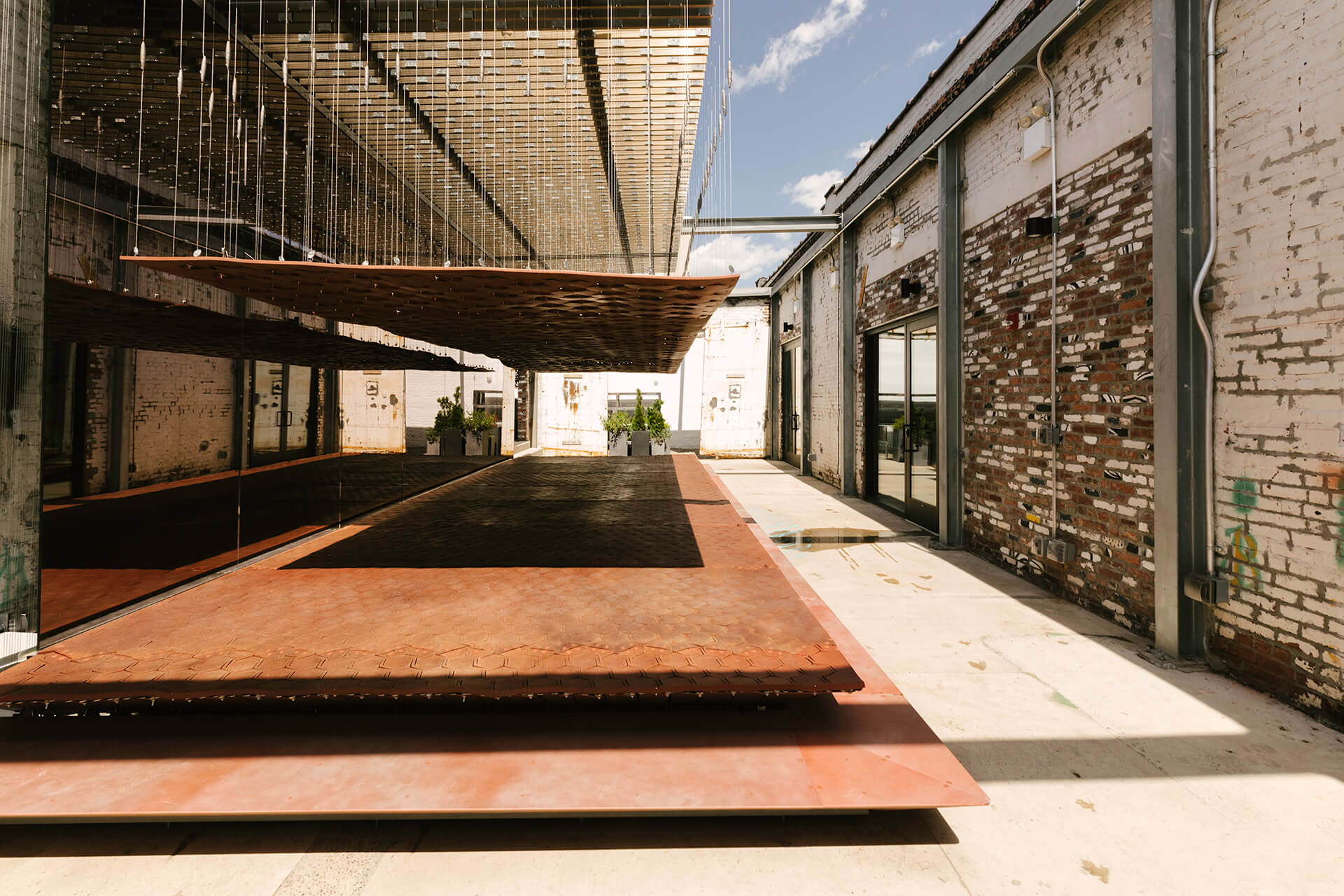 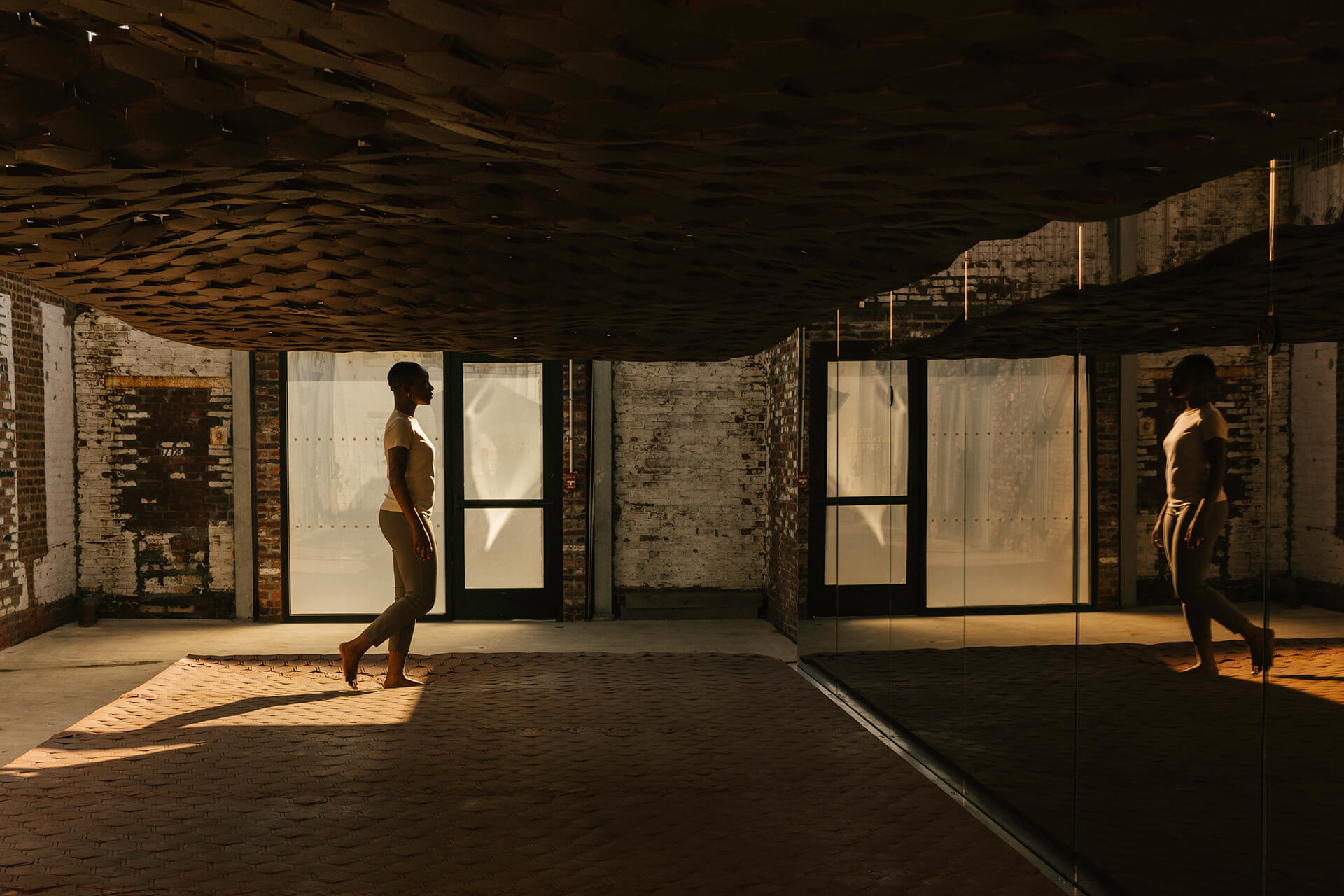 And that’s precisely what happened at A/D/O, where the kinetic and interactive installation now occupies much of the venue’s courtyard. Visitors are invited to walk across its porous floor, only to discover that the low-hanging ceiling gives way as they move through. The indentation one’s weight makes on the floor is directly mirrored in the ceiling. One feels as if their body is forming a bubble or temporal space. Even the tallest person is able to cut a clear path from start to finish — and yours truly can attest to that.

Both rubber and concrete surfaces of Urban Imprint are composed of a grid of water-jet-cut patterns that fully extend when engaged. A laser-cut double-steel spring bed and overhead pulley-system — what Inglessis described as an ‘architectural harp or ligament’ — allows for this contraption to work seamlessly. In other words: the design incorporated technology in its production, but it is inherently analogue.

Our cities are becoming increasingly segmented, isolating people in smaller and smaller boxes 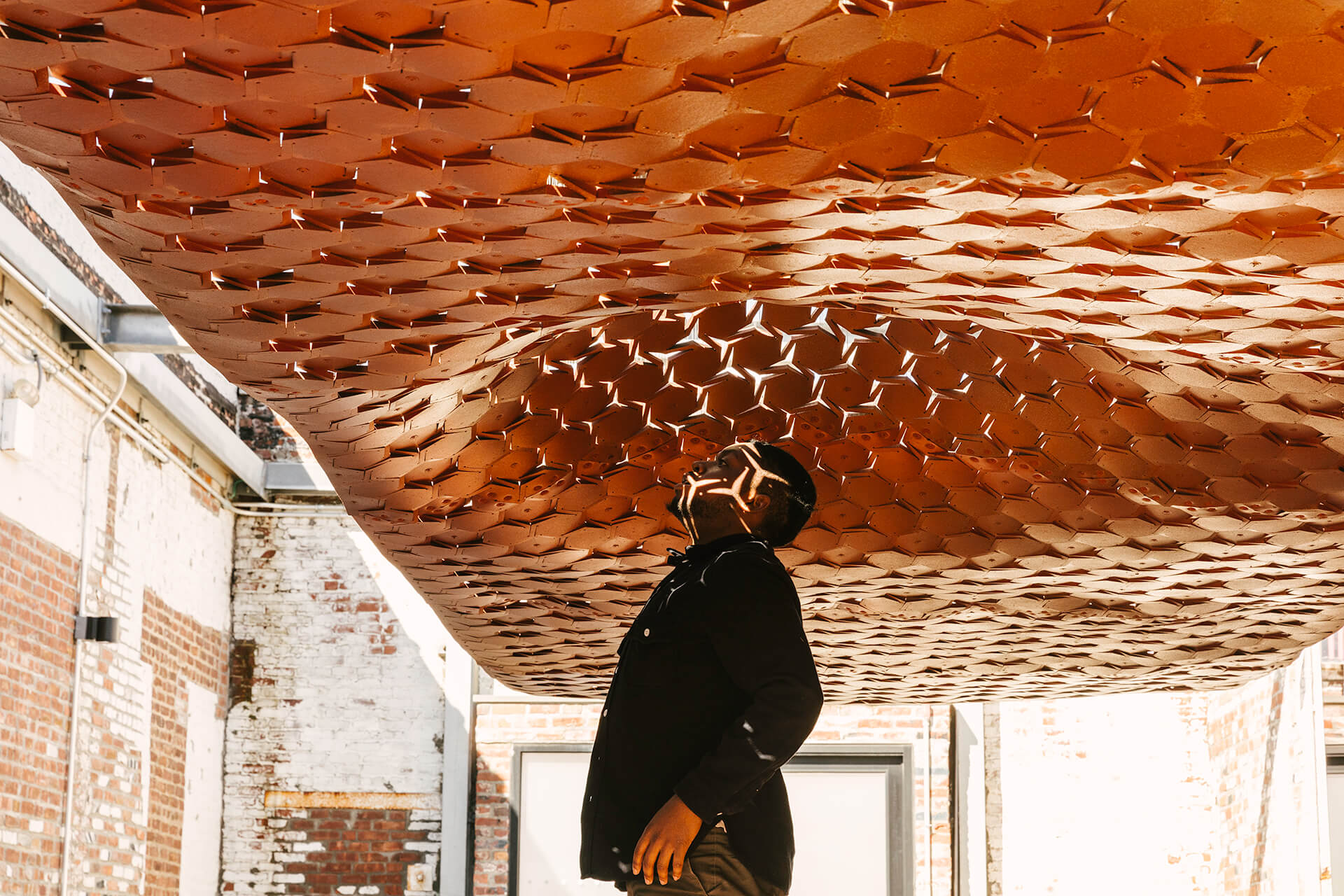 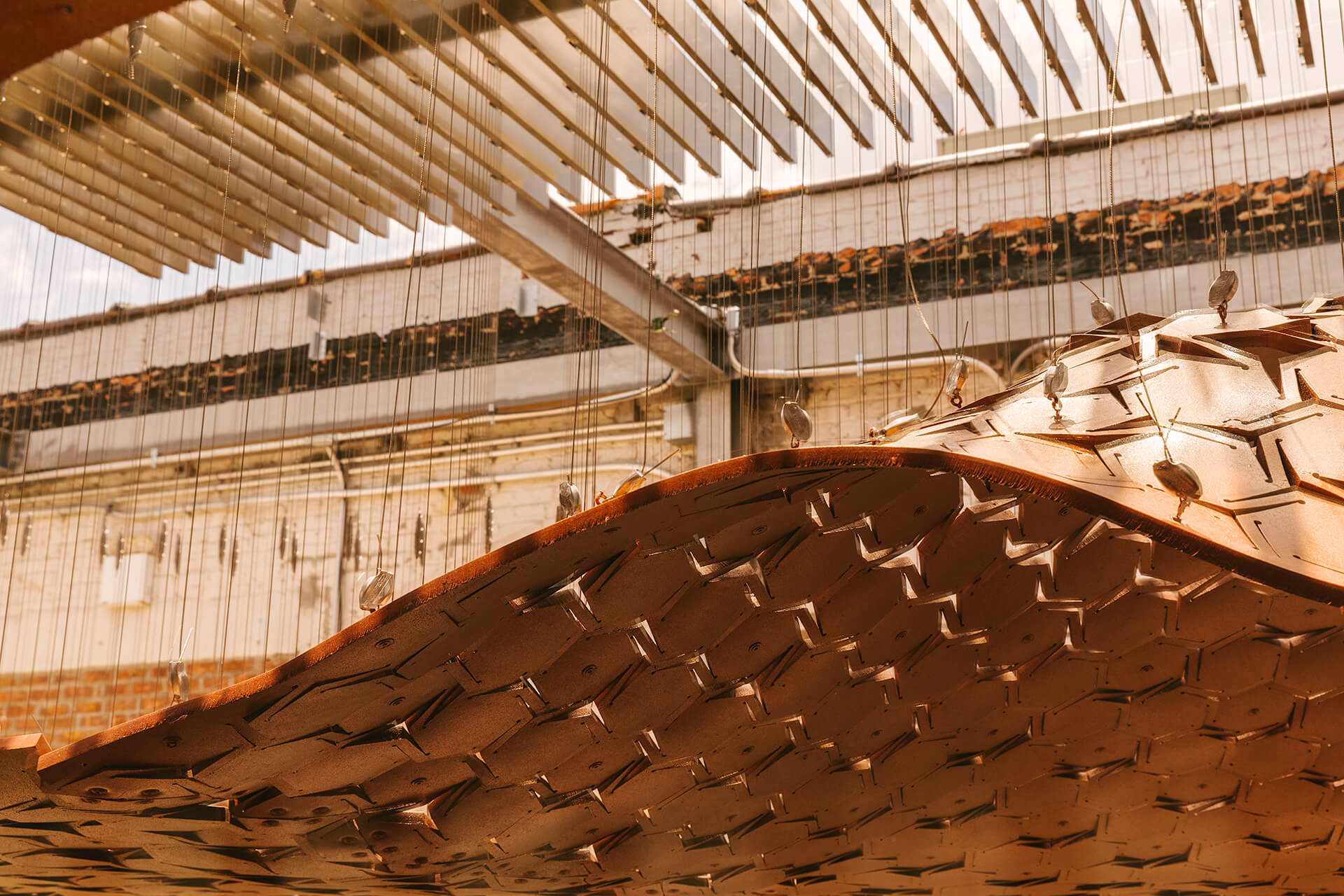 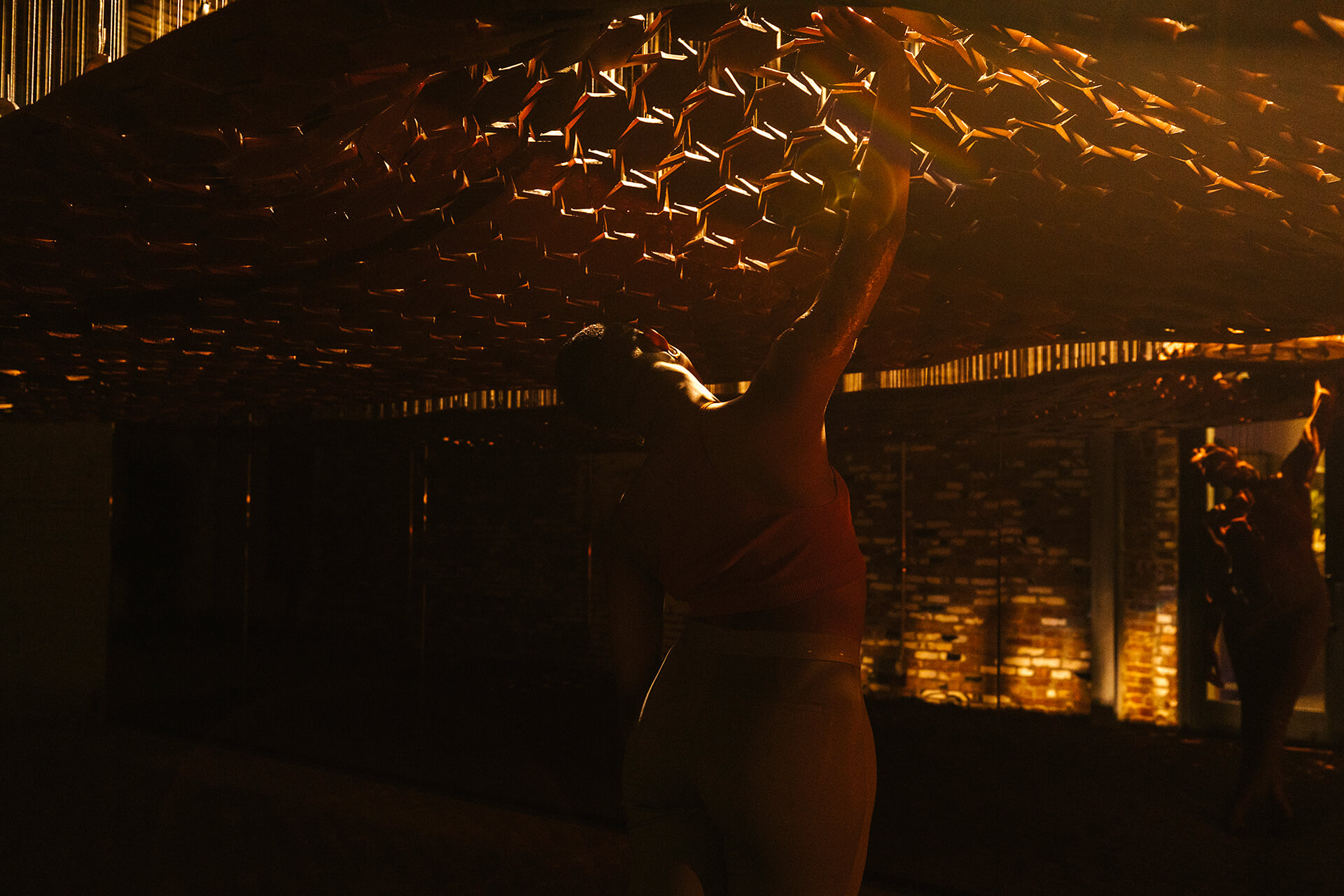 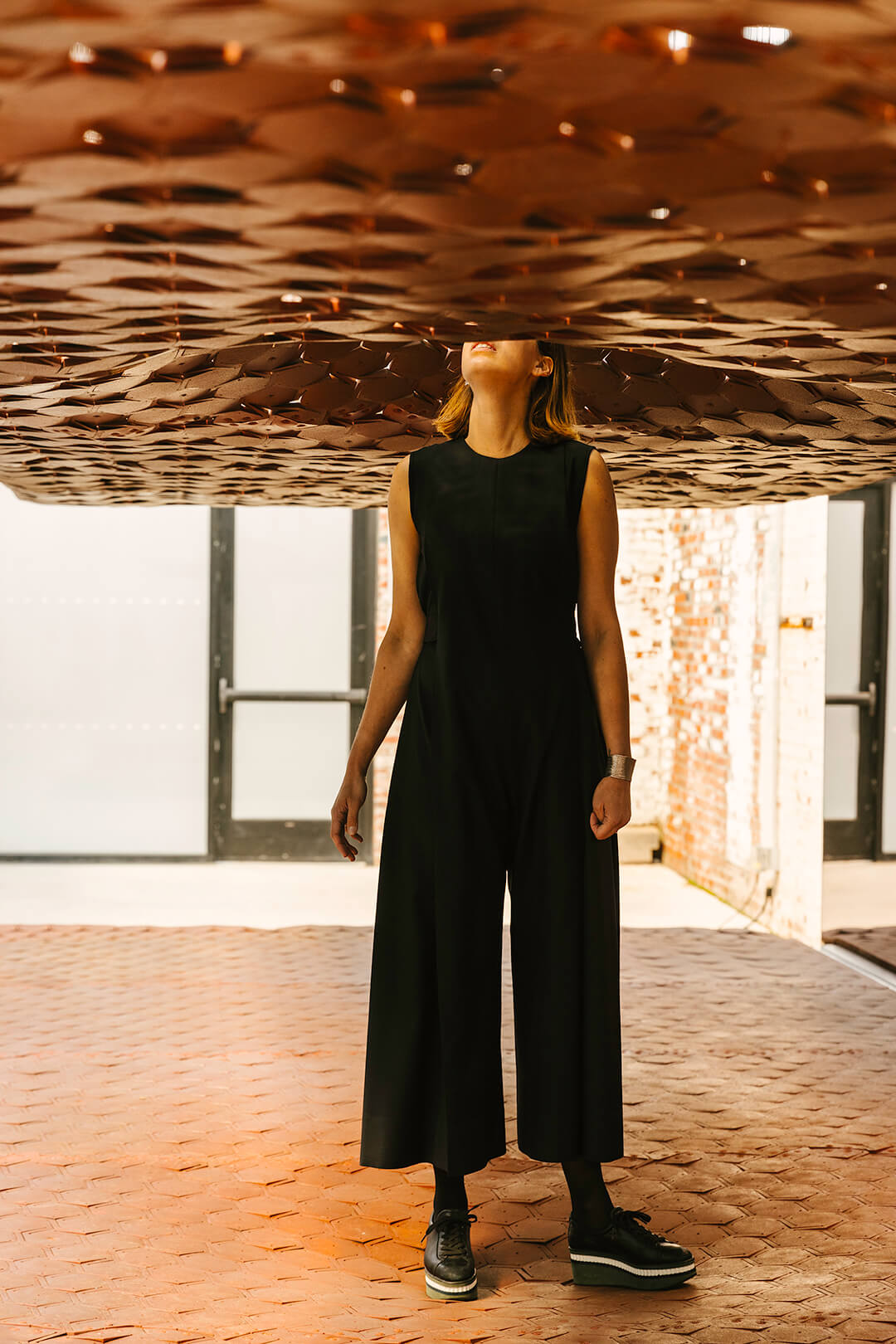 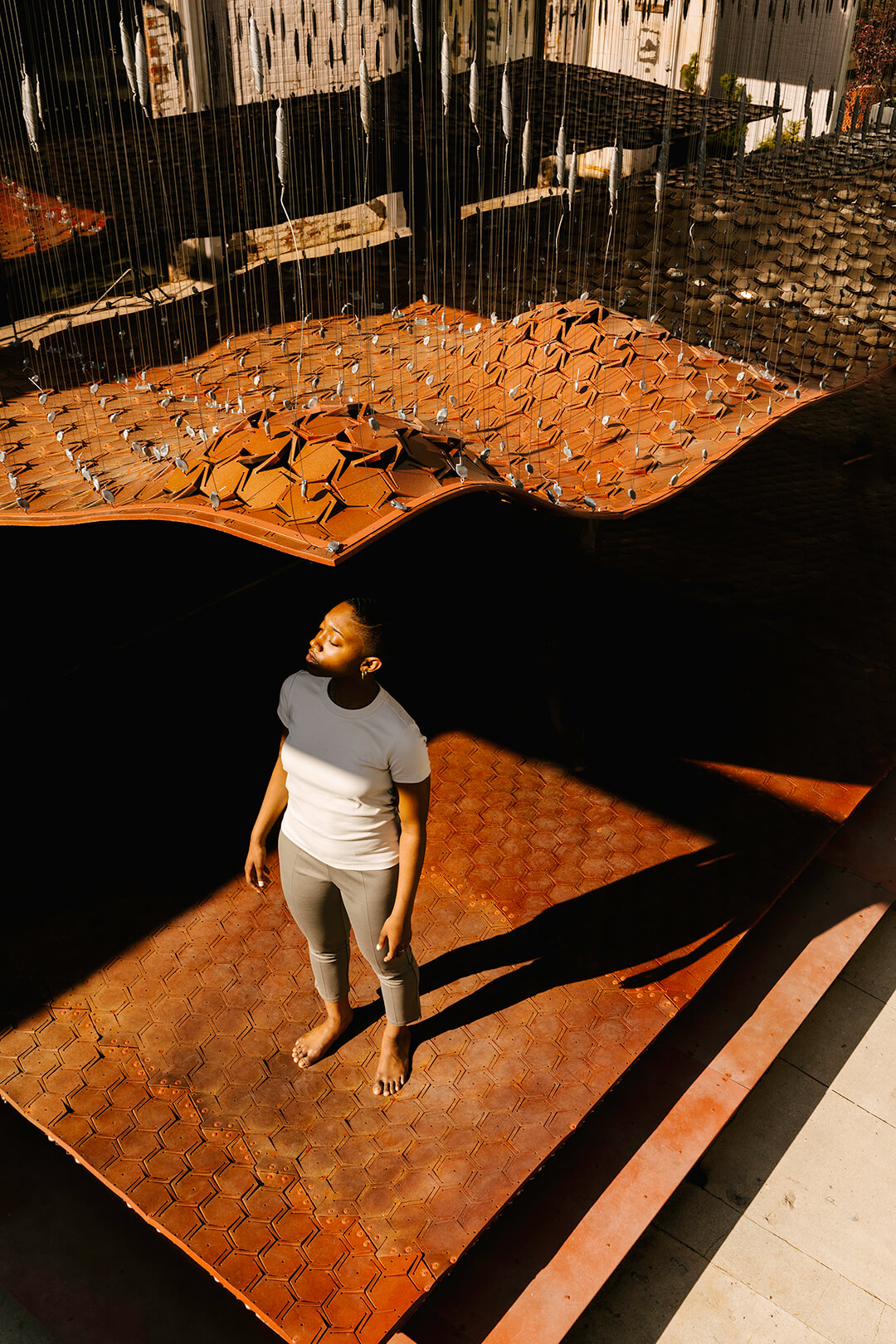 ‘Your weight is literally and physically causing the transformation of the space, which translated into the material,’ explained Studio INI founder Nassia Inglessis. ‘It’s about considering the human factor in our cities and how we interact with each other in those environments. People have come to cities like New York for centuries because of a shared belief in human endeavour and motivation. We believe in interaction, but somehow our cities are becoming increasingly segmented, isolating people in smaller and smaller boxes.’

INI drew inspiration from Rem Koolhaas’ seminal book Delirious New York, in which the Dutch architect suggested that new urbanism should not rely on finite ideas, but rather incorporate the notion that space is fluid and in constant transformation — that is, it needs to accommodate various points of view.

‘Manhattan’s grid sets clear trajectories but we’re still people of free will,’ admitted Inglessis.  ‘When thinking about this reality, I thought about the immediate contrast, lying in a field of grass, where one inevitably leaves an imprint and an irrevocable impact. The natural environment is not a predetermined design but rather continuously shaped by various forces. Why shouldn’t our urban environment reflect this reality?’