At Kumoto by Tori Tori, a new Japanese fixture in the Mexican capital’s restaurant scene, the narrative of the cultural fusion is well practiced – it is also appropriately brought to life by local designers, Esrawe Studio.

In 1966, after deciding to leave his native Japan for Mexico City, Dr. Katsumi Kumoto Kawasaki likely could not have imagined that 40 years later he would be at the helm of a series of wildly successful sushi restaurants across the city. That’s because he got his start in dentistry: then, in 1995, made a departure from his career to open the first Tori Tori. The initial concept was to serve Japanese fast food, but then the doctor-turned-restauranteur became disenchanted with quality. He then opened Tori Tori’s second location, turning a new page: one focused on quality and traditional culinary techniques.

The Kumoto restaurant was conceived with an appropriate icon in mind: the bento box

Esrawe Studio and Rojkind Arquitectos, the imaginers behind the project, have worked with the Tori Tori group in the past, so they were no stranger to Dr. Kawasaki’s vision. This time, the Kumoto restaurant, built in the Lomas de Chapultepec area of the city, was conceived with an appropriate icon in mind: the bento box. The ceiling and walls, which wrap around the interior, are made of saw oak veneer, a warm blonde colour that invites diners into the space. The complementary wooden tables and chairs are fitted contrasting black upholstery that bolster the light play. 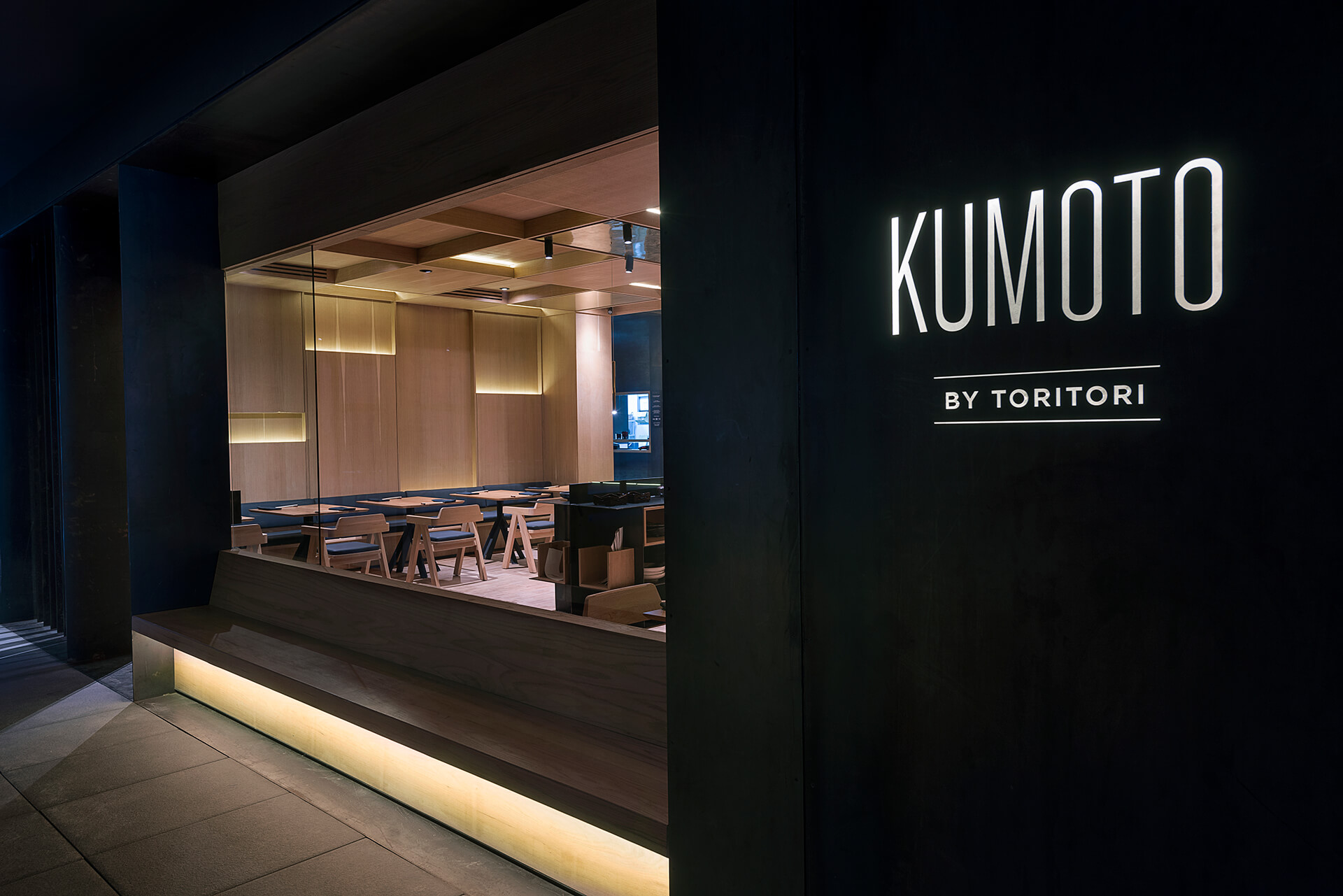 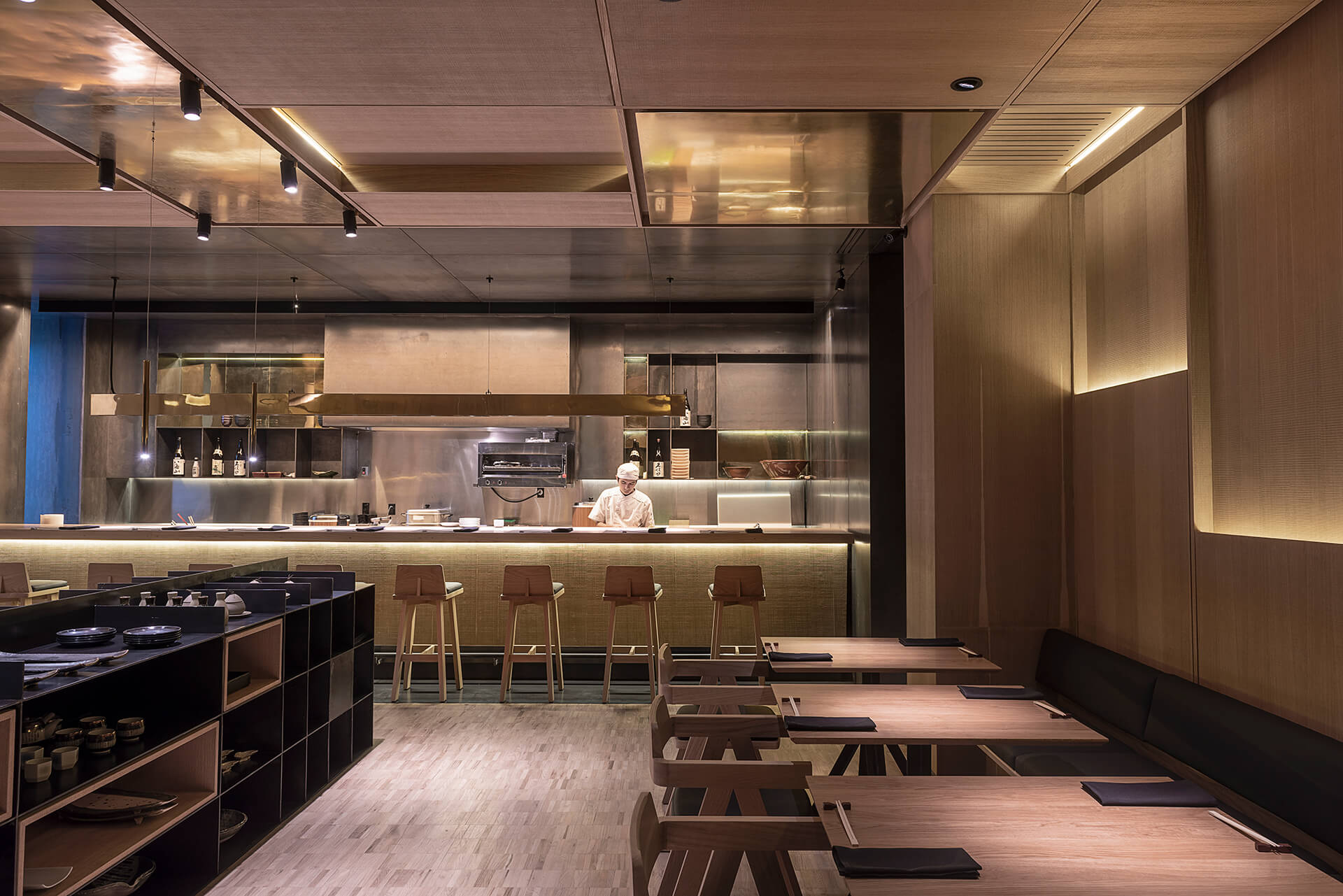 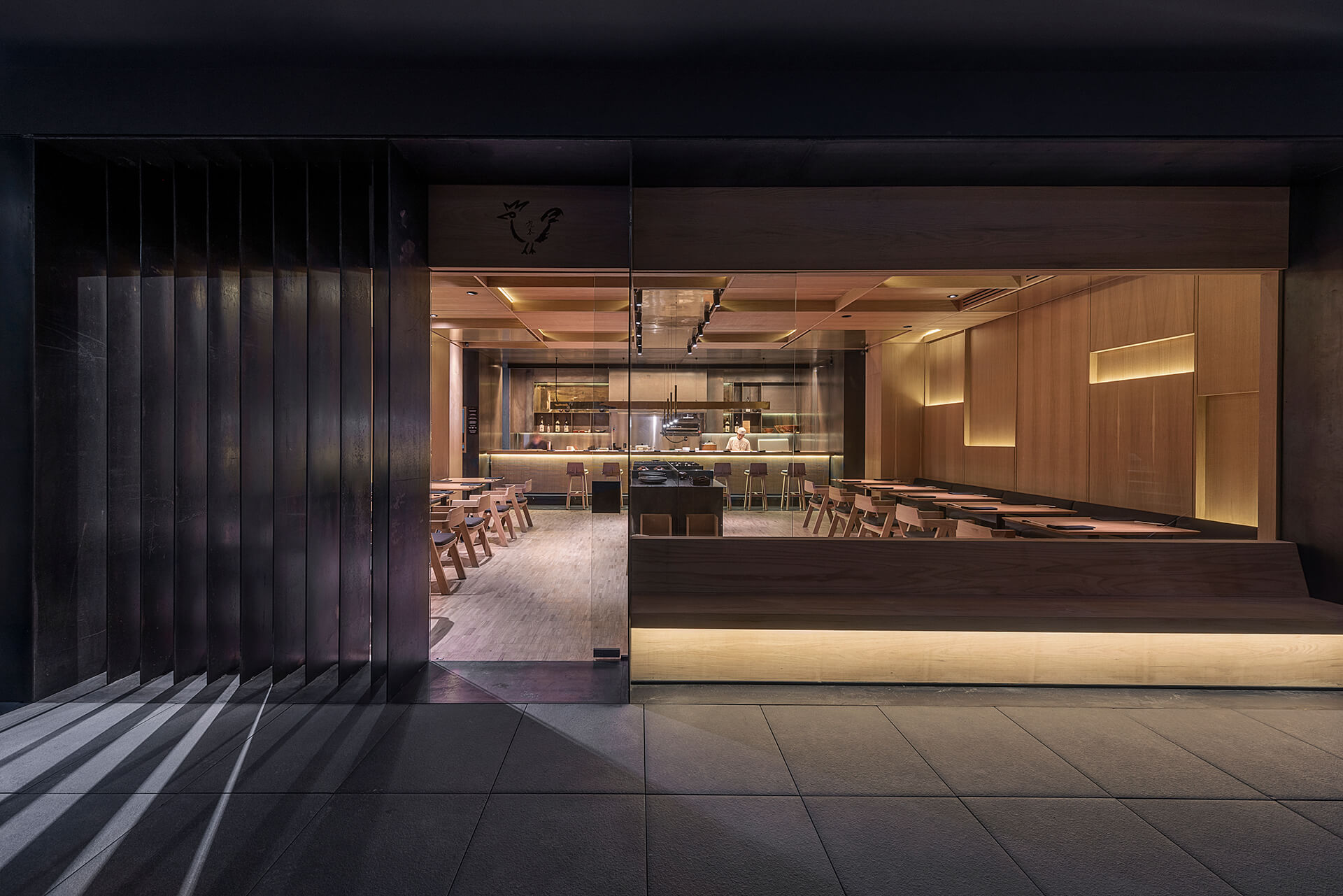 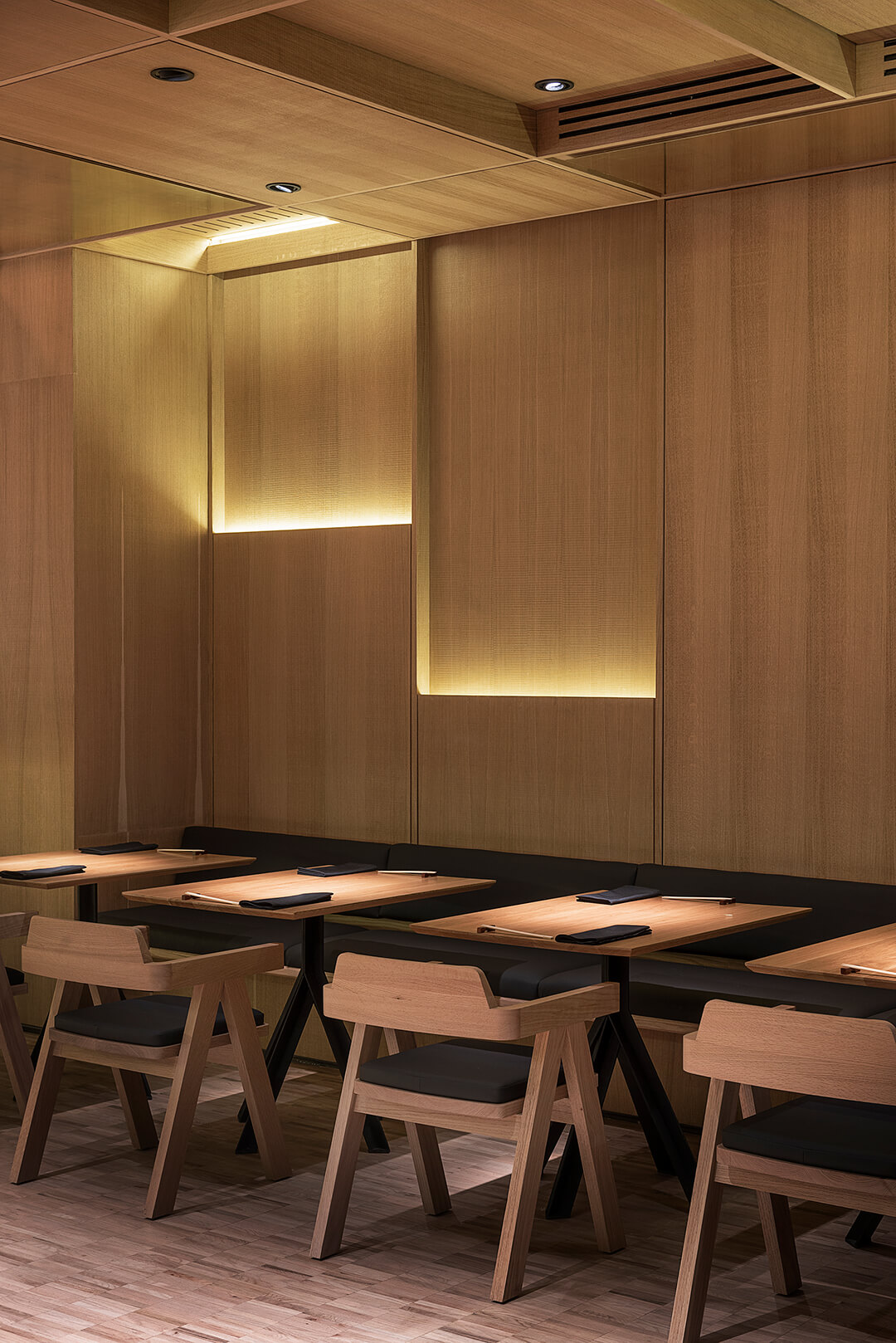 From the outside looking in, a wide-panelled window allows one to view the entire restaurant. The focal point, true to the nature of many Japanese restaurants, sets in on the ones actually preparing the meals. The sushi bar allows one to be front and centre to the bright lighting of the kitchen, the sheen of its stainless steel appliances and brass plating – which adhere to the image of austerity and cleanliness in the country’s traditional interiors. At Kumoto, the attention is also drawn to the actual dining tools: sake containers, collection vessels and tableware fit into display shelves within the natural steel island.

If all the world’s a stage, this restaurant in Mexico City is no exception: the element of the theatrics of service were an inspiration for Esrawe Studio. As the Tori Tori restaurants celebrate their growing presence in Mexico, they challenge hospitality designers to envision new ways of foreign cultural presentation abroad.