As part of its ongoing Radical Luxury campaign, Selfridges invited seven leading brands to craft their interpretations of what luxury means today – and to speculate about where things are heading. Located behind the brightly lit department store in London’s Oxford Street, the Old Selfridges Hotel, which closed its doors in 2008, set the scene for The Flipside. With its stripped-back-to-bare floors, exposed concrete, dangling wires and rough brickwork, the environment formed a perfect backdrop for the latest radical marketing experiment – something Selfridges has espoused since its beginnings.

Meandering through the industrial space, a raised carpet catwalk seemingly floated above a sea of black reflective surfaces. Like molecules on a string, circular platforms interrupted the pathway to present each brand. The sequence of thought-provoking installations was punctuated by neon lighting and mirrors, with space left for contemplation. 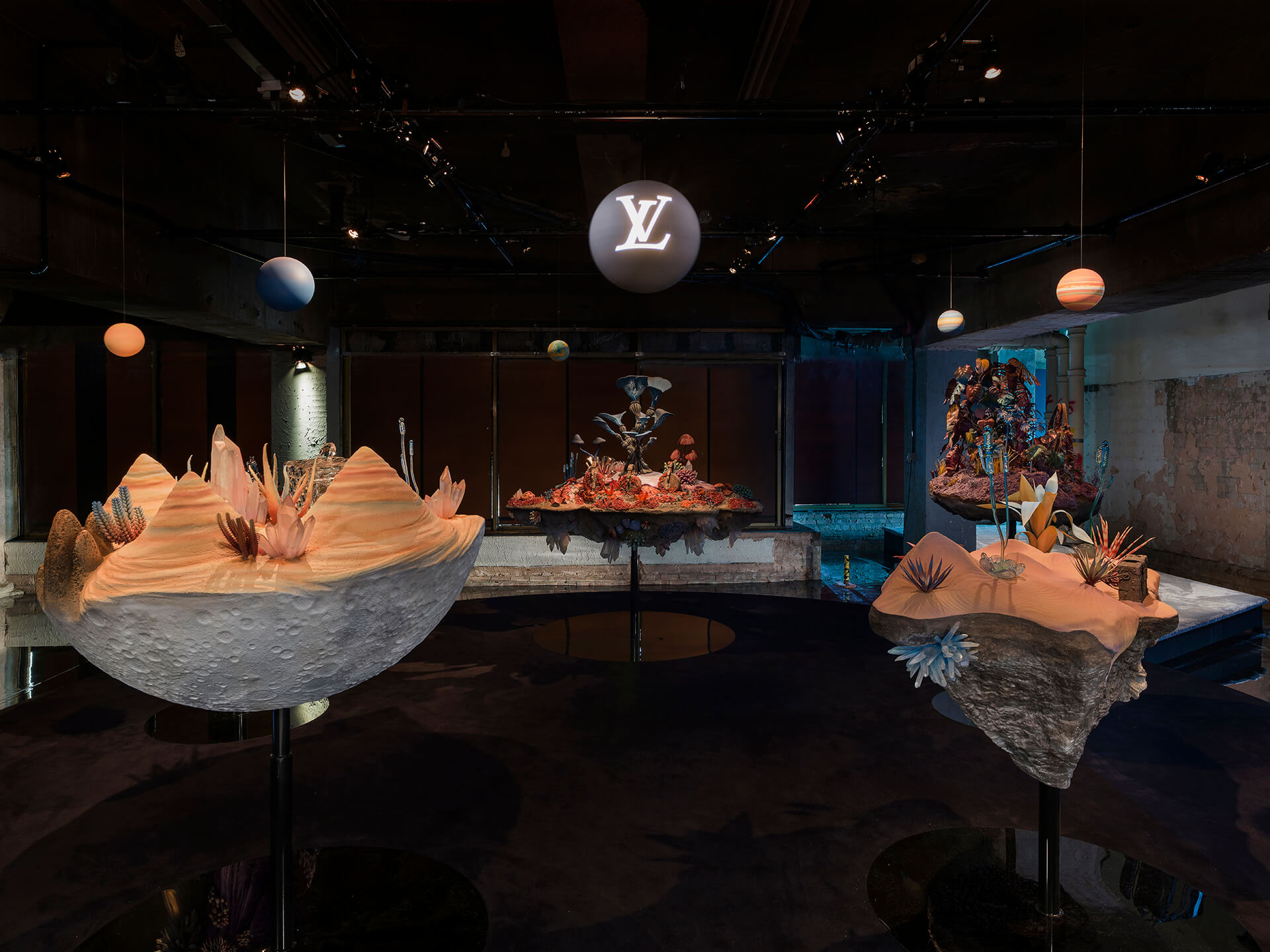 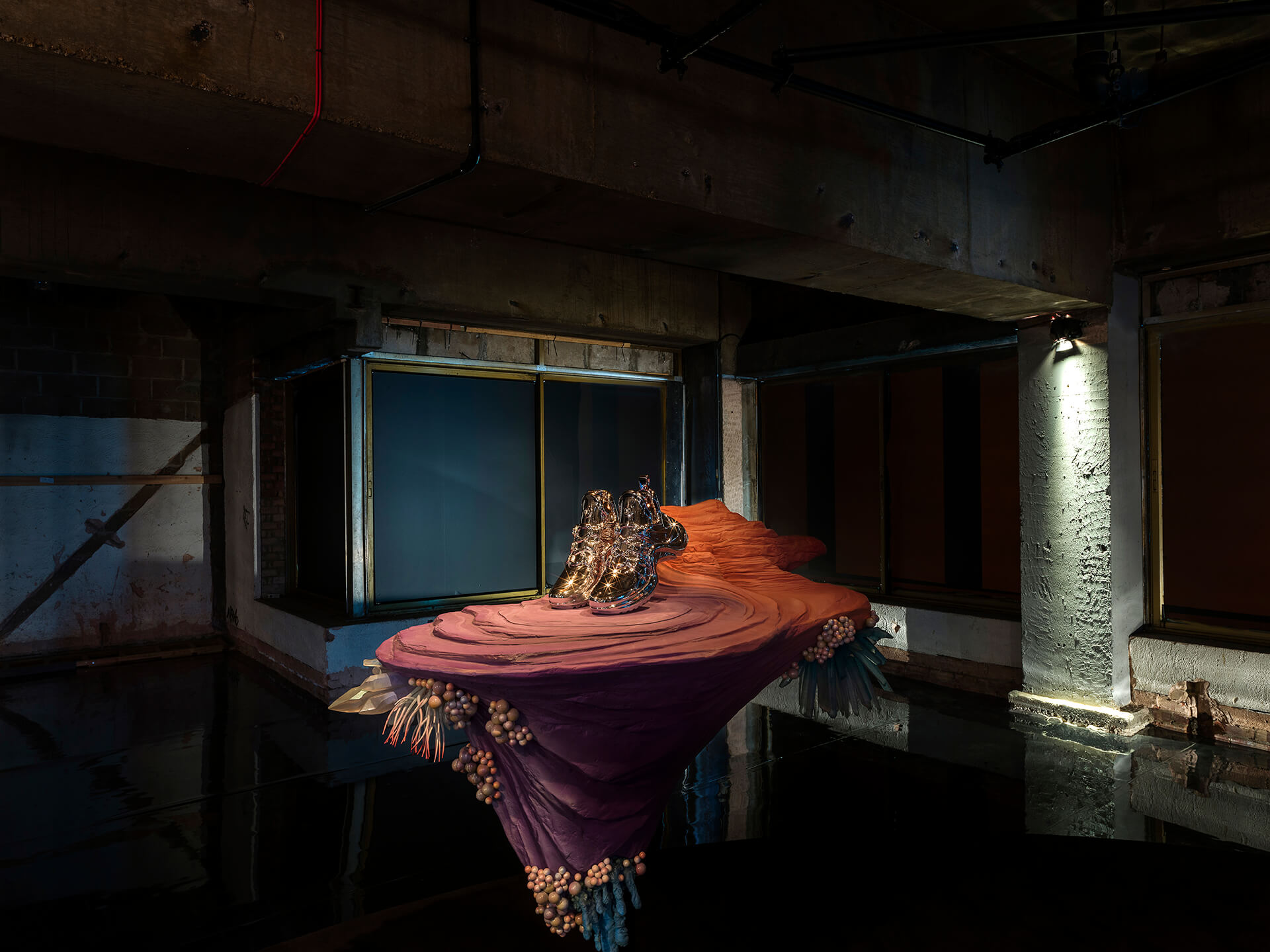 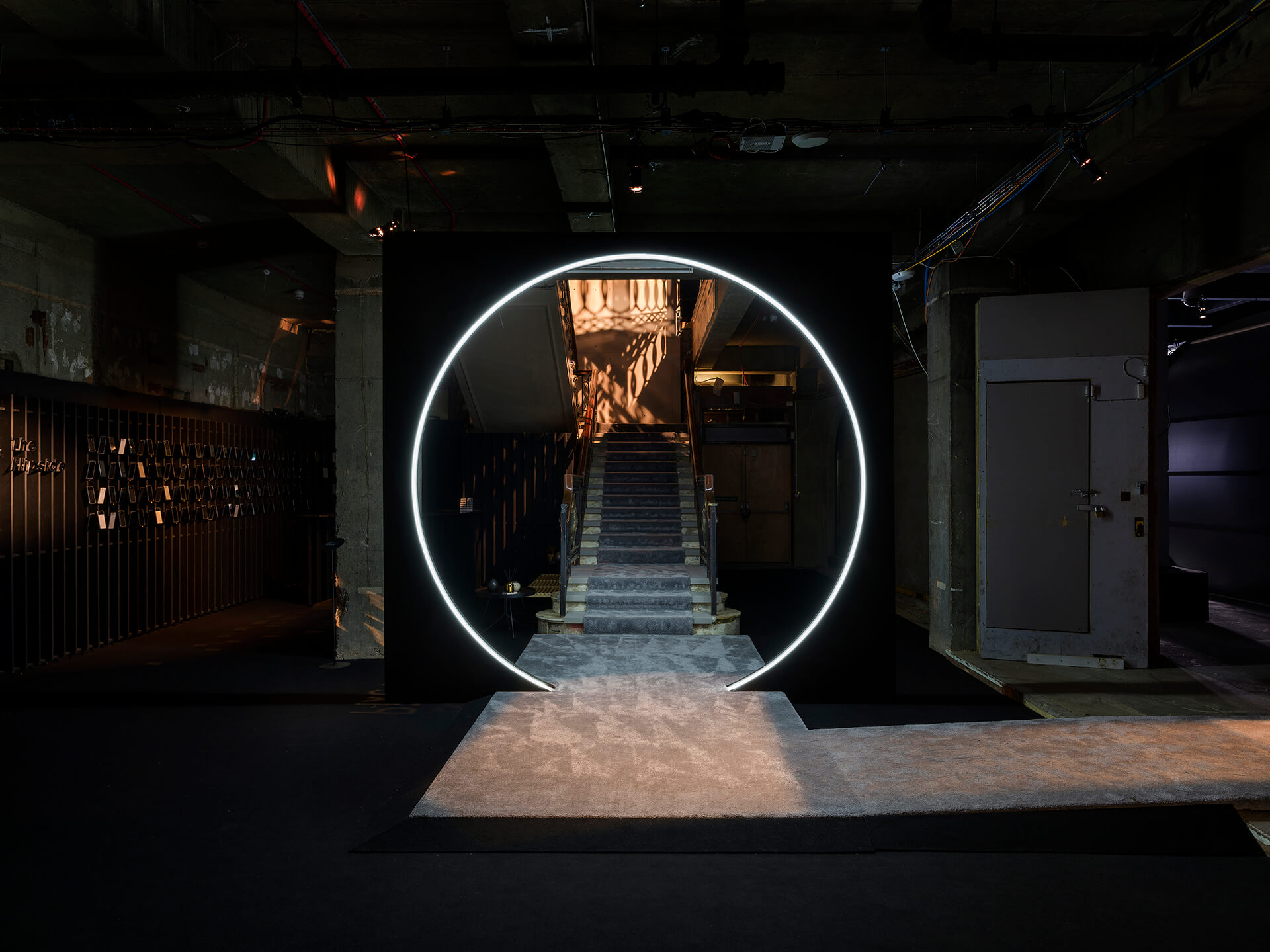 Visitors encountered the theme of bespoke luxury through Google’s photo booth, as they stepped into a vortex of images to curate their own self-portraits. The concept was further explored in an installation by award-winning cocktail artist Mr Lyan, who staged a personality test intended to ‘mix the spirit that fits your spirit’. In the luxurious future, he claims, cocktails will be not only emotionally compatible but also genetically specific.

The interlocking concepts of nostalgia, time and memory recurred in other contributions to the project. Void, by Gareth Pugh, disclosed the fashion designer’s intimate reading of luxury – time spent with his mother – through an immersive two-channel projection of the beach in his quaint hometown, complete with surreal black sand and an ambient soundtrack. Created by the Selfridges’ in-house team, a self-activated sundial used body, shadow and the ancient technique of time-telling to compress hours across the round stage. Thom Browne’s Dreamspace was a life-size interpretation of a music box, with magical ballerinas spinning inside translucent tubes. The American fashion designer’s preoccupation with mythical creatures was also visible in his corresponding department-store window, where a unicorn bowed its tulle-maned head. 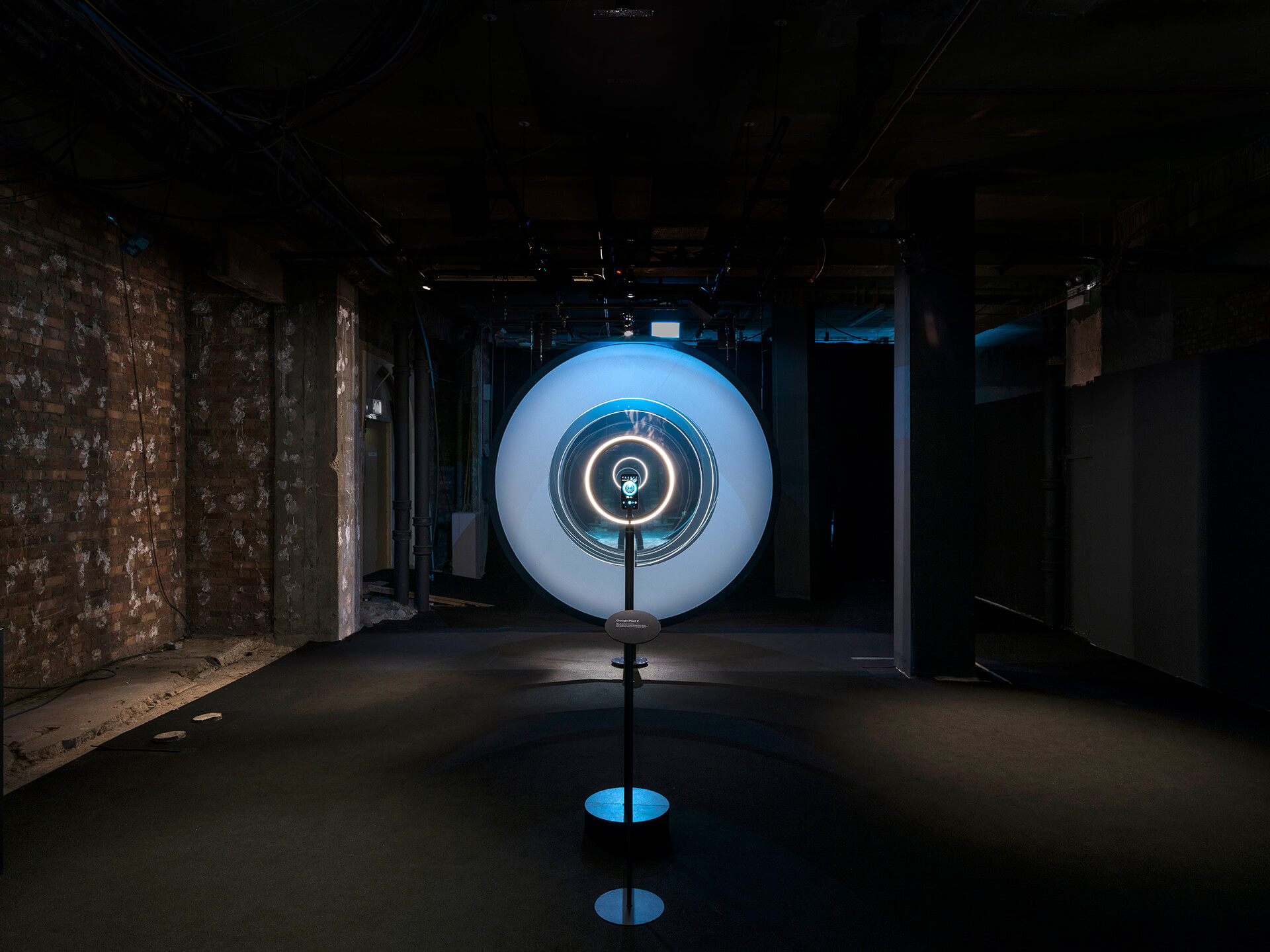 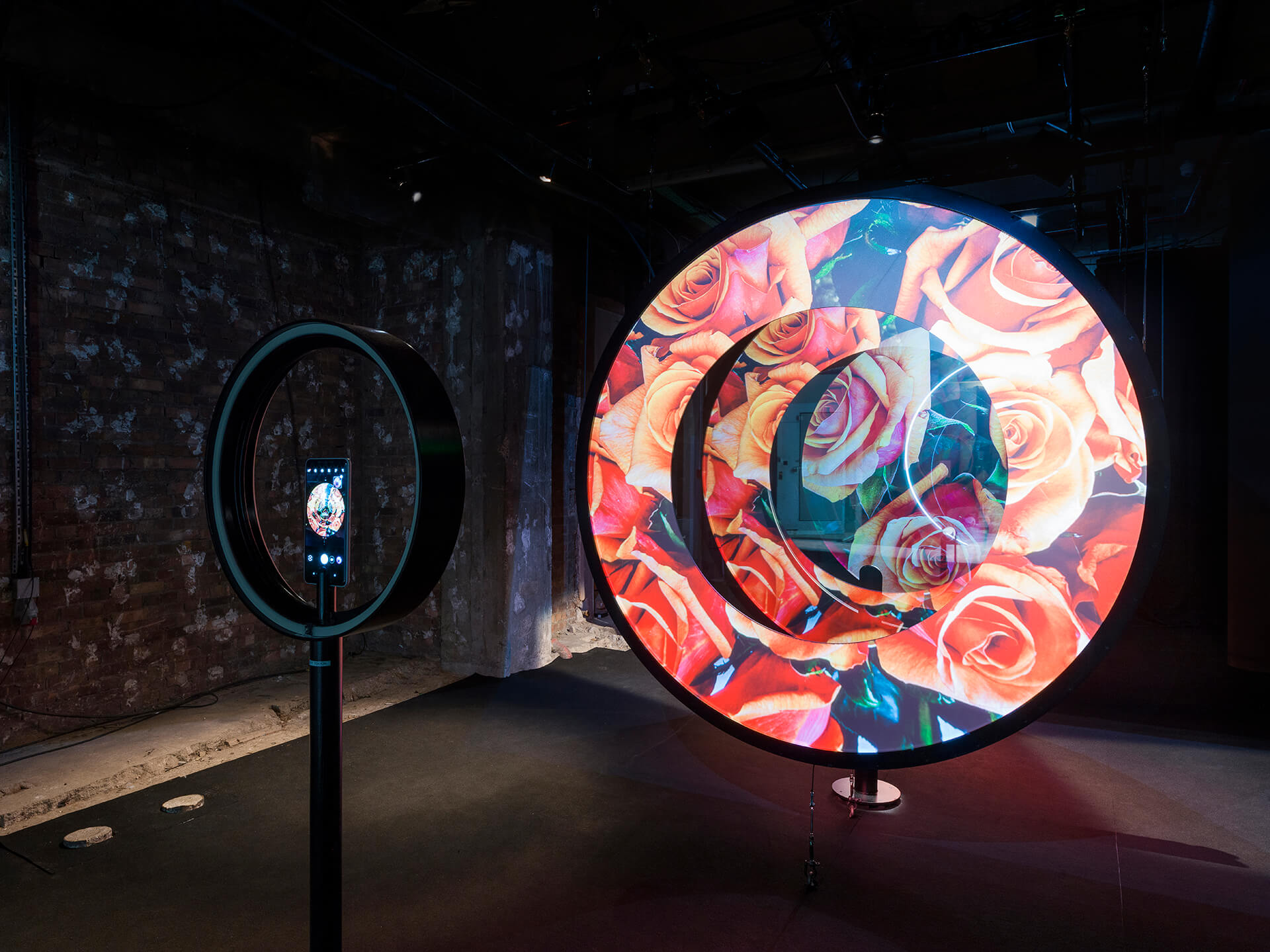 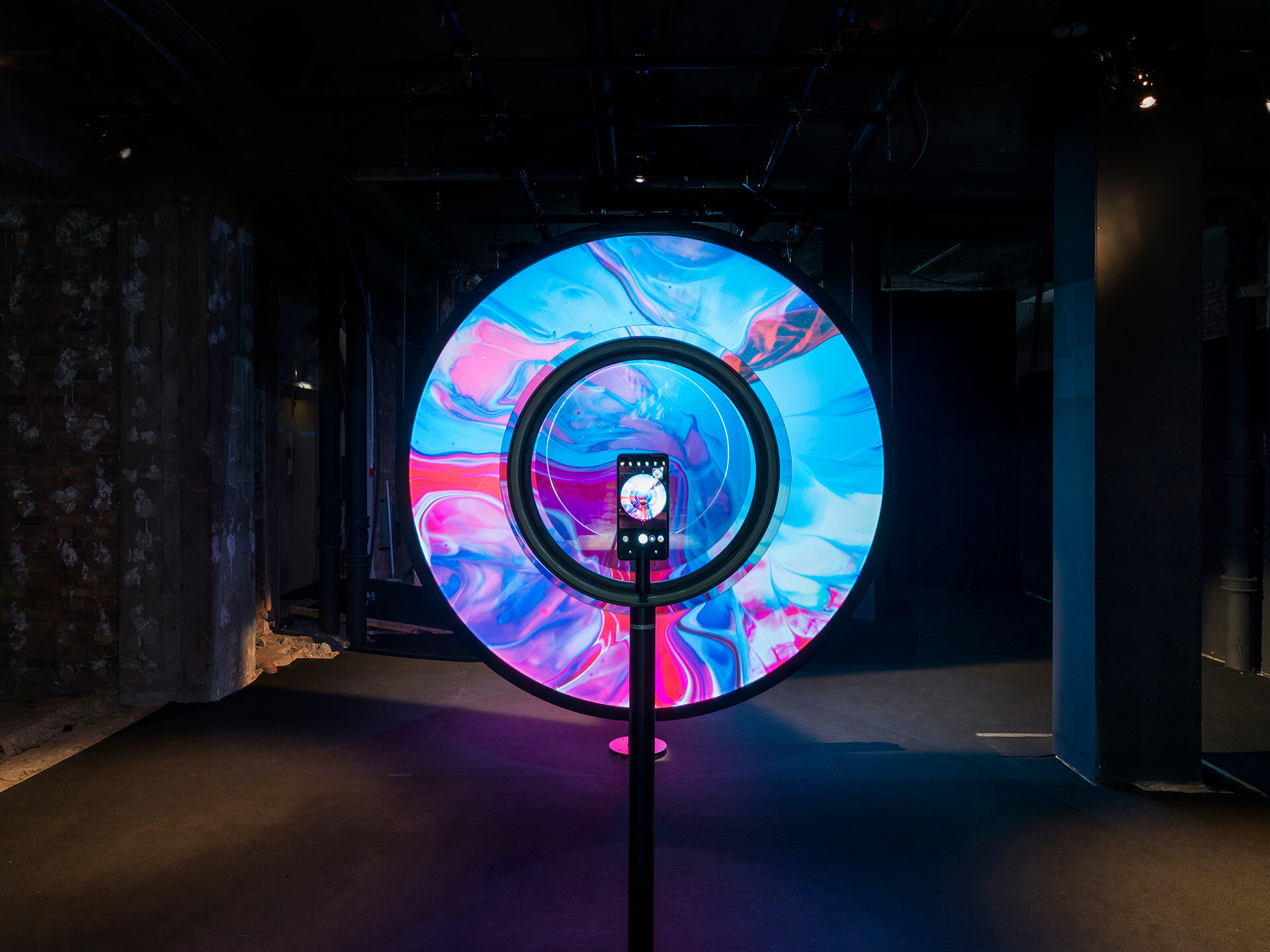 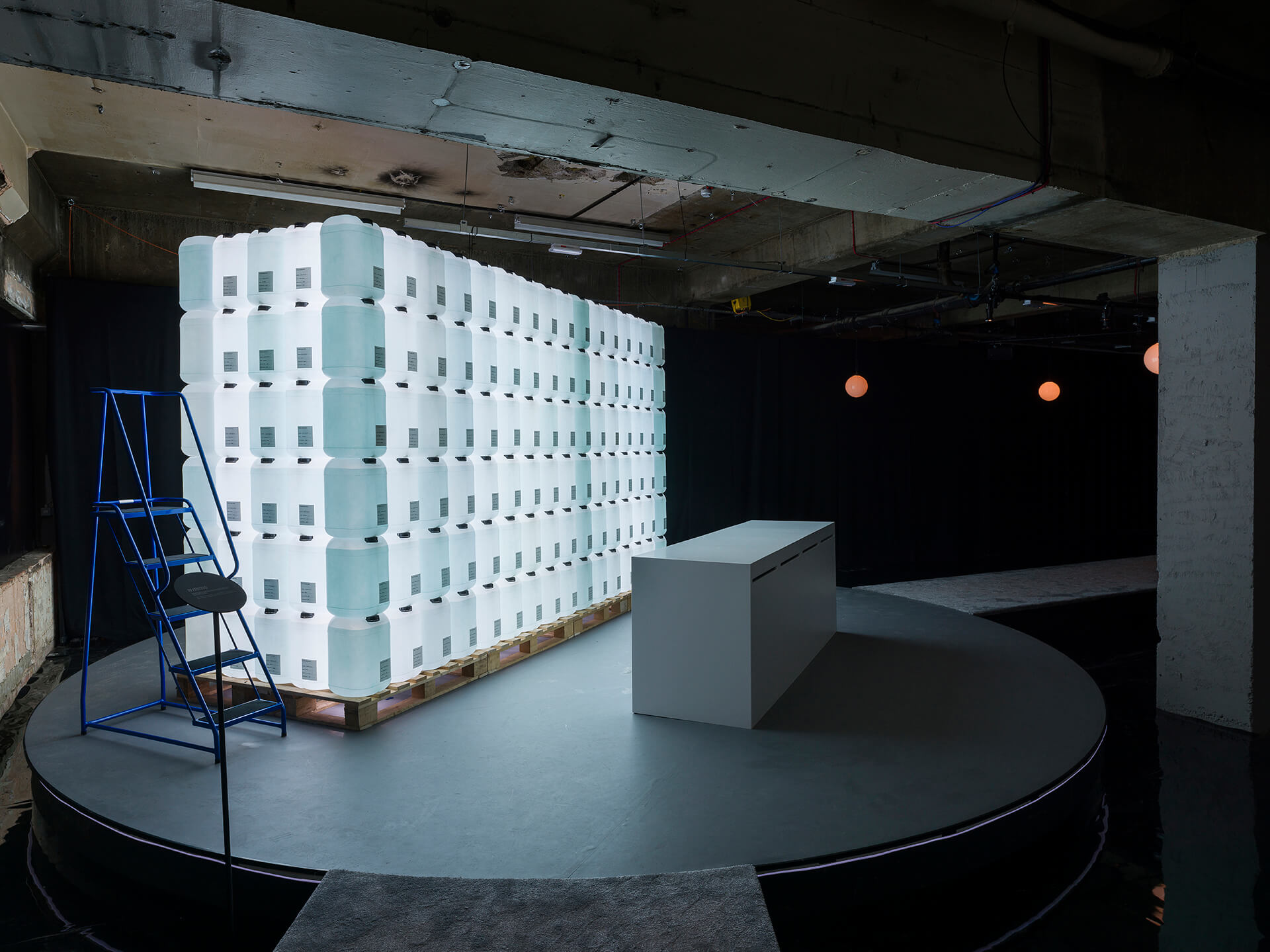 The climax arrived in the form of Louis Vuitton’s Radical Journey, a series of suspended islands. Alluding to the super-brand’s genesis as a luggage company, Vuitton sent visitors to imaginary distant worlds that could be touched, moved and, of course, photographed.

Much like any sensory experience today, The Flipside was heaven for Instagrammers. To make sure the images being uploaded were up to scratch, Google provided visitors with smartphones to use throughout the show, acknowledging that documenting and sharing moments is now integral to any experience. It’s unclear whether adding the edgy aura of the underground to department-store exclusivity will breed brand loyalty among millennials, but The Flipside did succeed in spreading the word by sending its target audience to their phones to photograph-share-repeat.

This piece was originally featured in Frame 123. You can purchase a copy of that print issue here.