China is becoming a bookworm haven: the influx of brick-and-mortar bookstores erupting in accordance with urban renewal projects are strong testimony. But in order to survive in a era of short attention spans, these spaces are evolving far beyond the expected.

Designed by Tomoko Ikegai from Ikg Inc., the YJY Maike Centre flagship bookstore is a world away from your run-of-the-mill hole-in-the-wall. It’s palatial, actually: the 4,500-sq-m space feels suspiciously like a pointed ‘Ha!’ in the face of all those who’ve declared print dead.

For the last few centuries, give or take, bookstores have taken on a quaintly intimate persona: no matter the whereabouts in the world, stepping into one often greets you with a slightly dusty haze, nostalgic lighting and mild claustrophobia. You know the drill. But in the larger cities of China, this particular retail typology is changing. 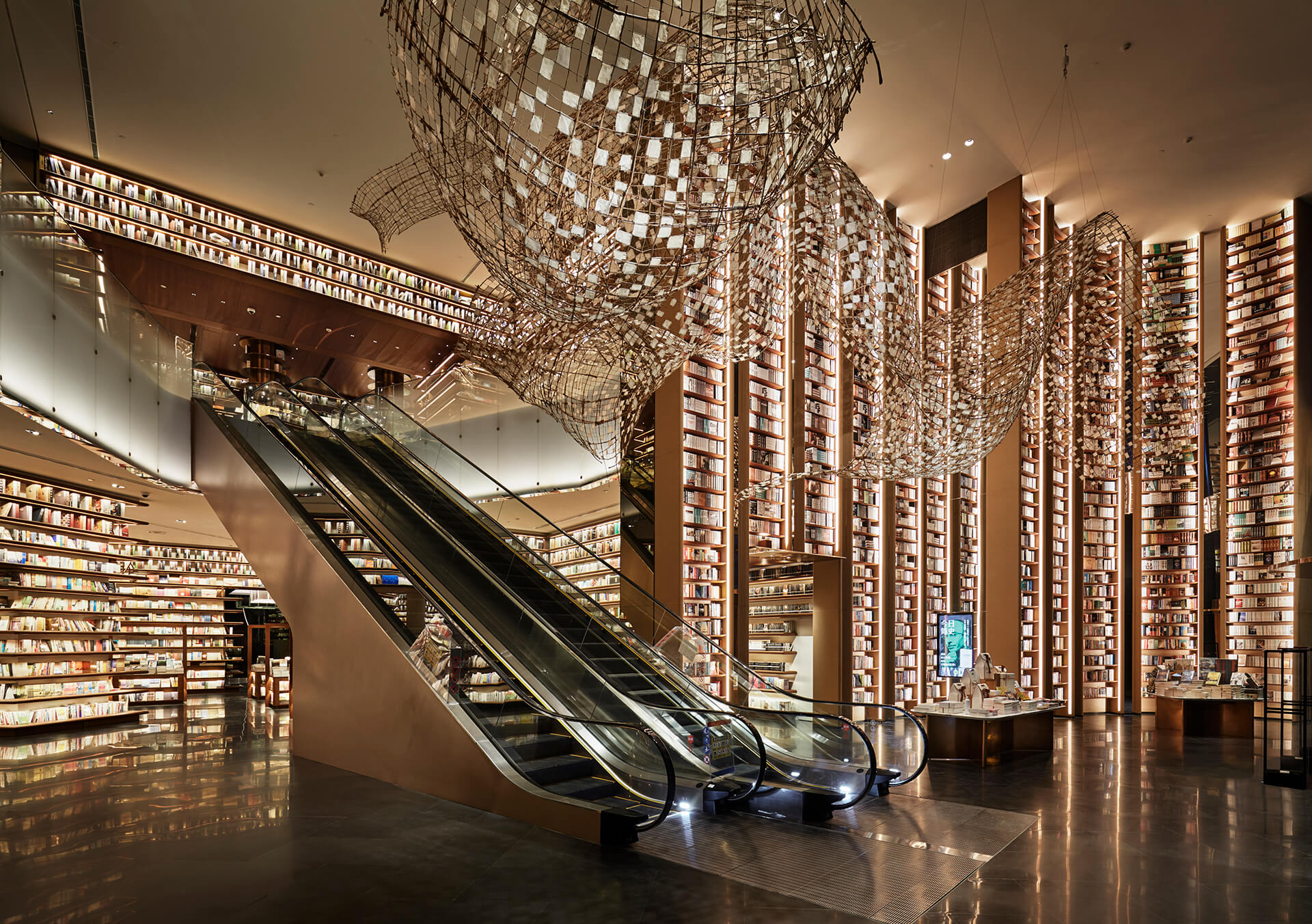 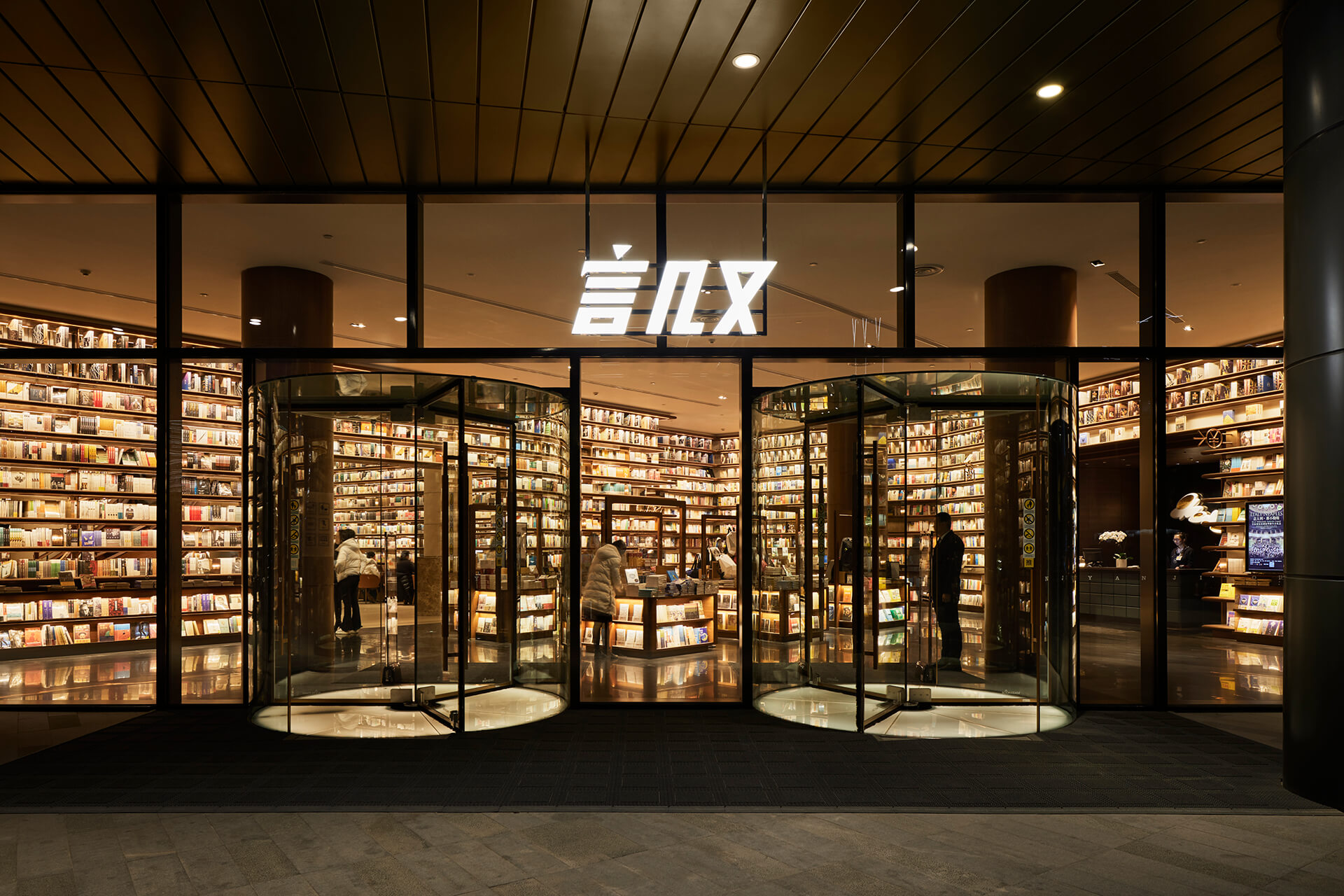 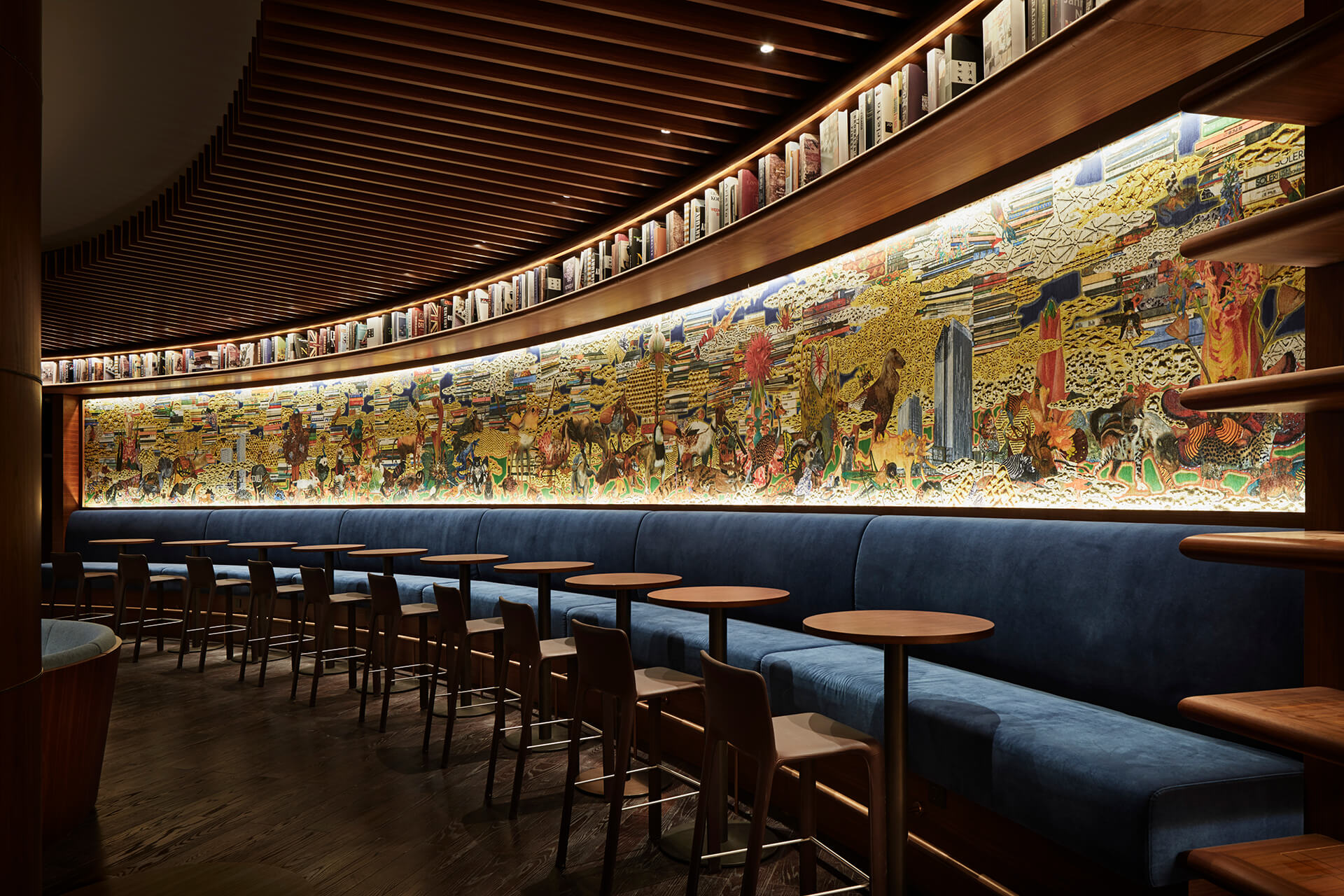 The shift is in line with the emergence of a new generation of shoppers and a new generation of readers. More provocative spaces are necessary to allure them, ones that can rival the siren call of convenience and discounted pricing that e-tailers sing. Take Alberto Caiola’s Harbook shop in Hangzhou, for example: the space is more Colette than Shakespeare and Company, where stock is (intentionally) limited and design with a capital D compensates. There’s another example even nearer by: Xi’an’s Zhongshu Bookstore by Wutopia Lab reflects the urban revival of the city, although it takes on a more minimal, futuristic identity.

In ancient China, the city once known as Chang’an was the seat of several prominent dynasties and part of the Silk Road. Today it’s home to the Xi’an Hi-tech Industries Development Zone – one of China’s earliest science parks, opened in 1991. According to the UN Industrial Development Organisation, it is now one of six of the most vigorous urban zones in the entire country.

The YJY Maike Centre was opened with the aim to motivate interaction between the growing population and visitors; the design blends elements of libraries and galleries to encourage collaboration and the exchange of ideas. Features of Japanese and Chinese palace architecture evoke the universal concept of a house, and the arrangement of interlinked rooms prompt boundless perusing and a connection with the space itself. 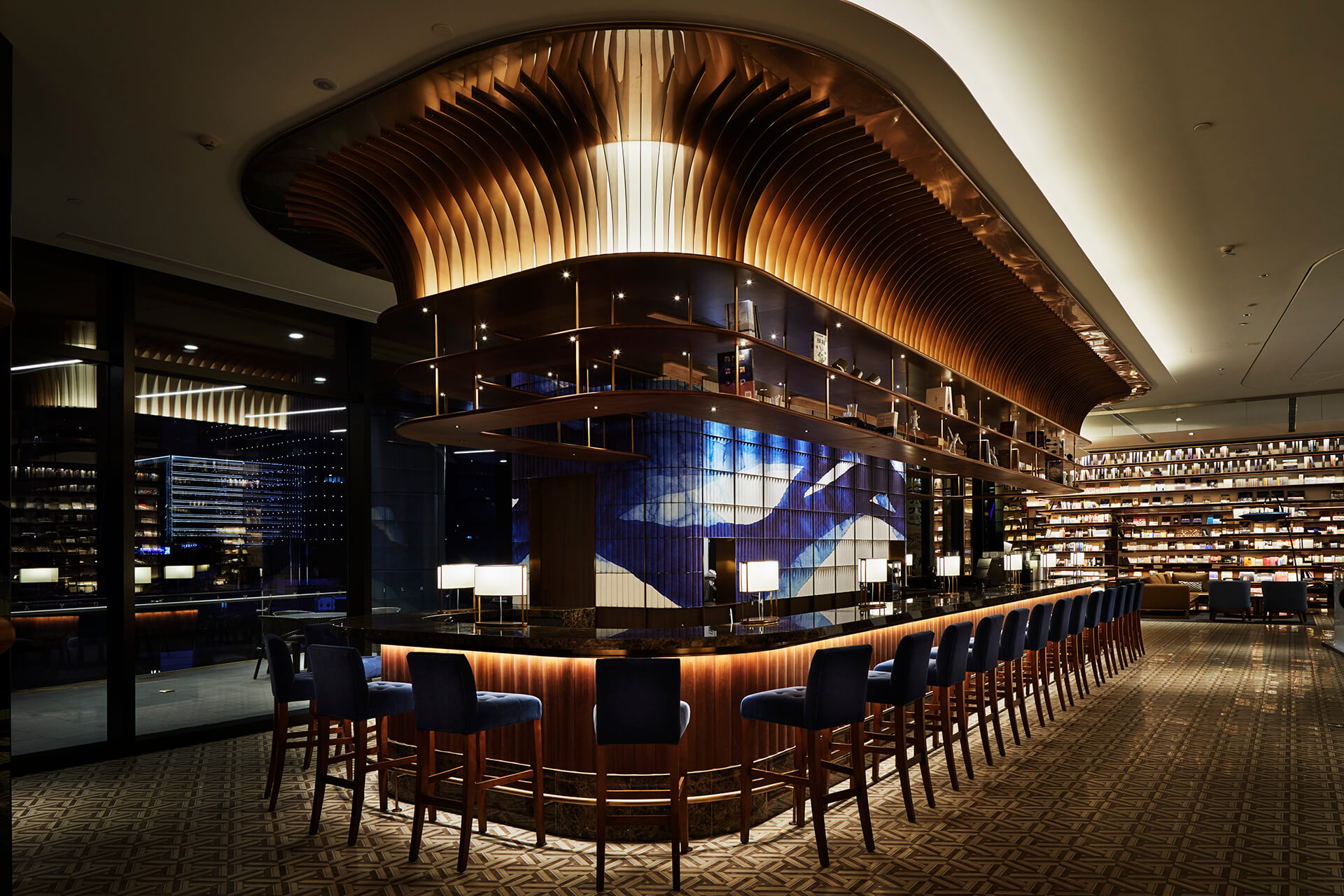 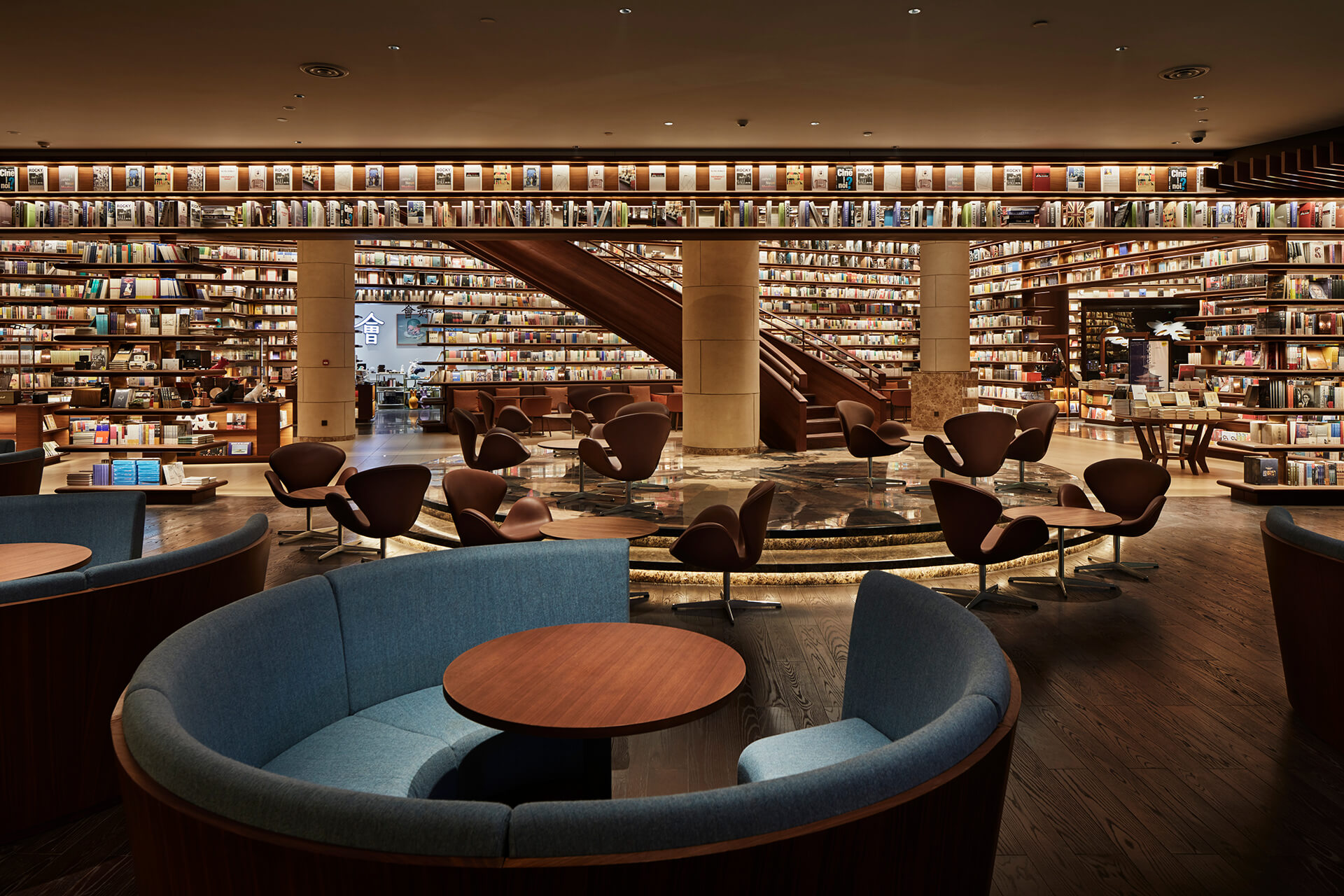 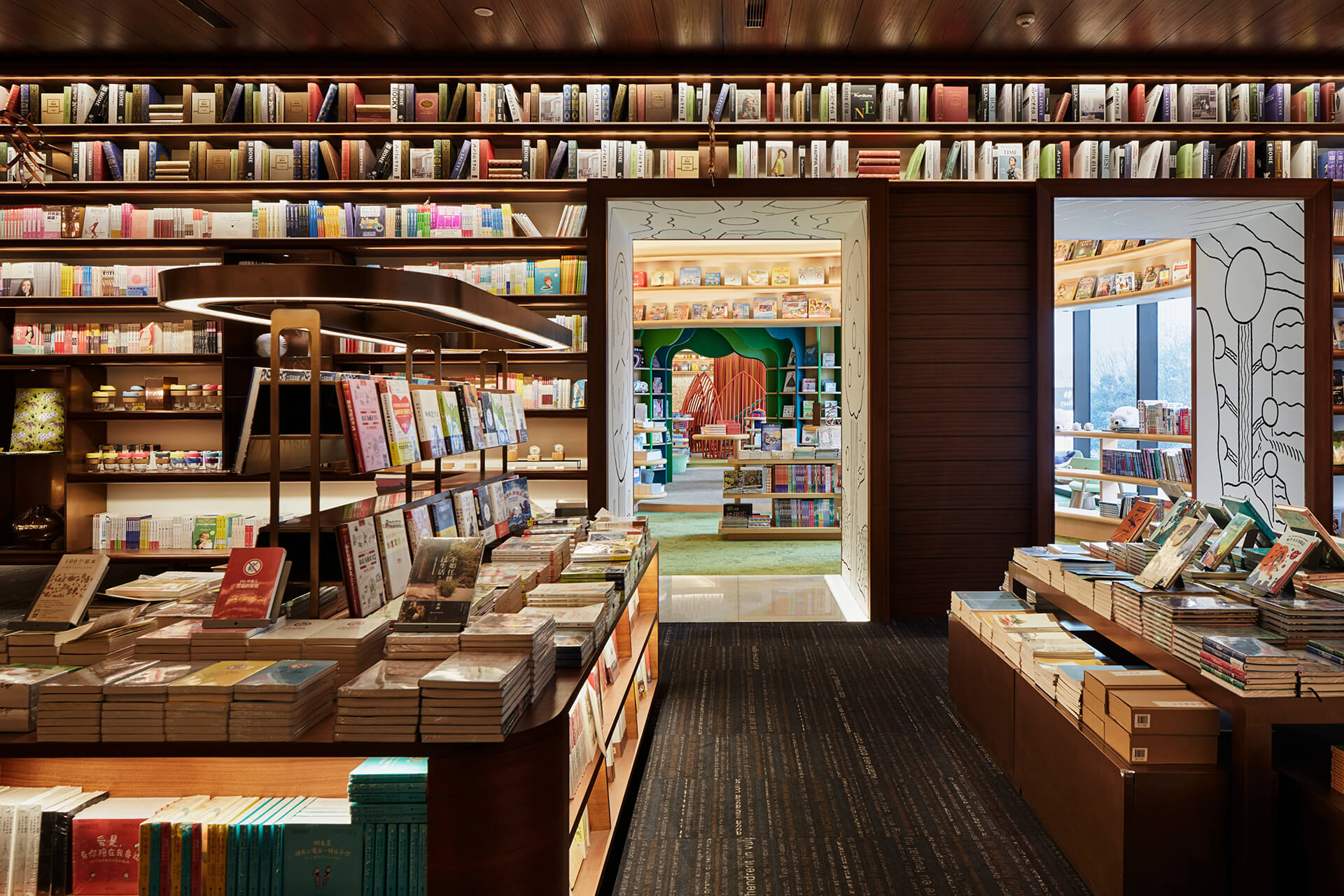 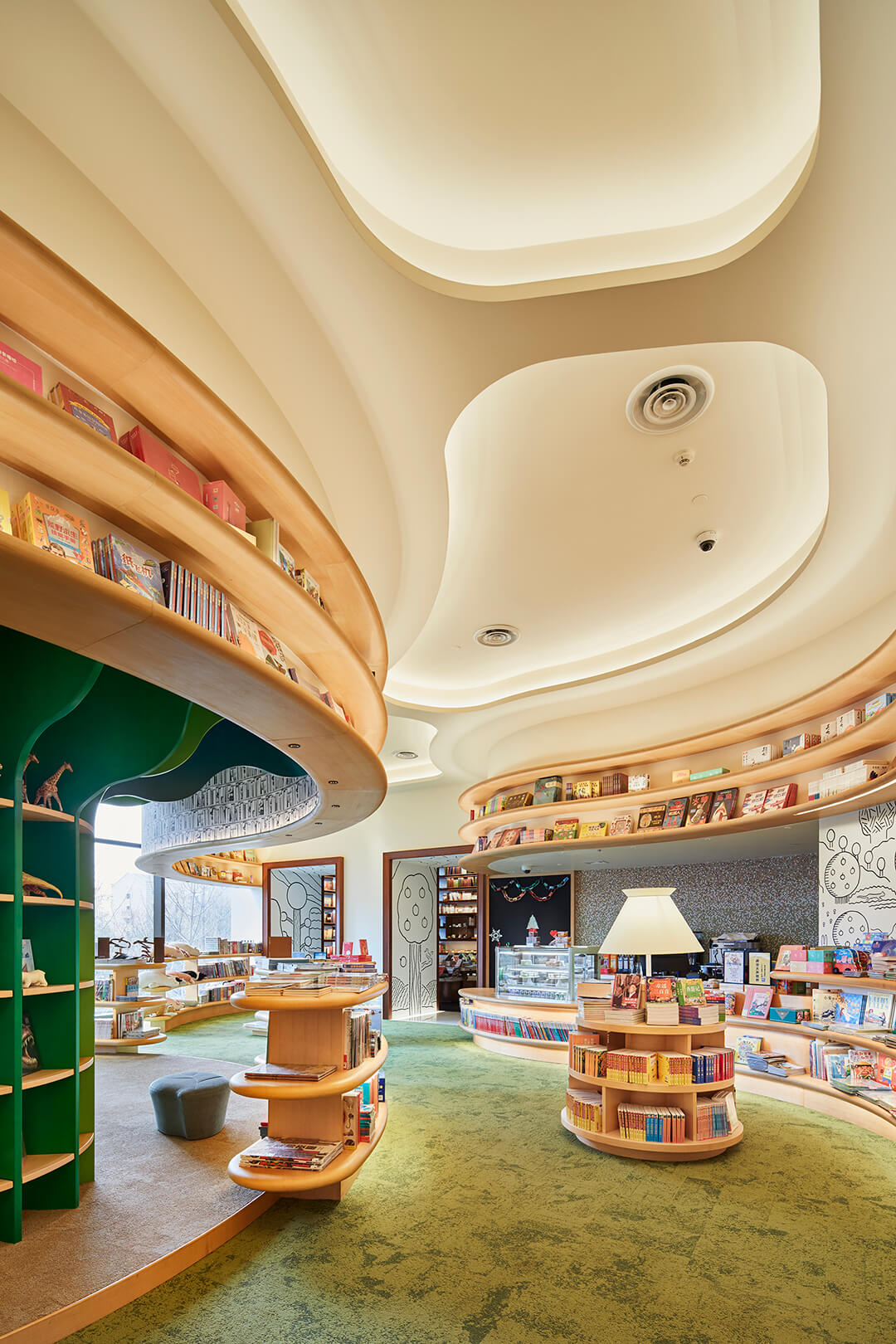 On the first floor, 10-metre-high bookshelves set the scene for a rapturous entrance, while helping to instantly convey the store’s identity. An open spiral staircase emerges and curves elegantly from the centre, lending way to the second floor – which doubles as a hotel lounge for the Grand Hyatt on the upper floors. Overhead this area, lights are made to look like fluttering sheets of paper hanging from the ceiling.

Much like a palace, the nooks and crannies are plentiful; both quiet and loud, social and antisocial. It gives the visitors the option to choose the experience of their own visit. And while the aesthetic is classic and intimate in the way you’d expect a bookstore to be, the streamlining of familiar elements and sheer grandeur of the space is a marked departure.

Ikegai’s flagship design accomplishes something interesting: it shows that you don’t have to necessarily become a concept store to stand out in this market. In a fast, digital world where having the time to leaf through a novel feels like a luxury itself, it seems the spatial experience of bookstores is metamorphosing accordingly.