Luxury fashion and goods retailer Rubaiyat has been a mainstay in Saudi Arabia for nearly 40 years. Five years ago, the multi-brand company opened what was then their brick-and-mortar magnum opus, a three-storey space in Jeddah's vast Stars Avenue Mall.

Though, a new Virgile + Partners-designed concept store from the company – the first of its kind in the country's capital, Riyadh – shows it’s not yet at peak maturation. It presents a 'radical departure' for the retailer and country's shopping scene alike, intentionally veering from the typology of the 2014 opening and other large shopping malls and department stores that have typified the (now rapidly evolving) Middle Eastern luxury retail market in the past.

Infrastructure development, growth of the e-commerce industry, increasing internet penetration and the burgeoning travel and tourism sector – not to mention the country’s enormous oil wealth – are all contributing to the swelling of the luxury retail market in Saudi Arabia. Last year, the market value reached 12.9 billion euro, and is expected to exceed 19.6 by 2024. 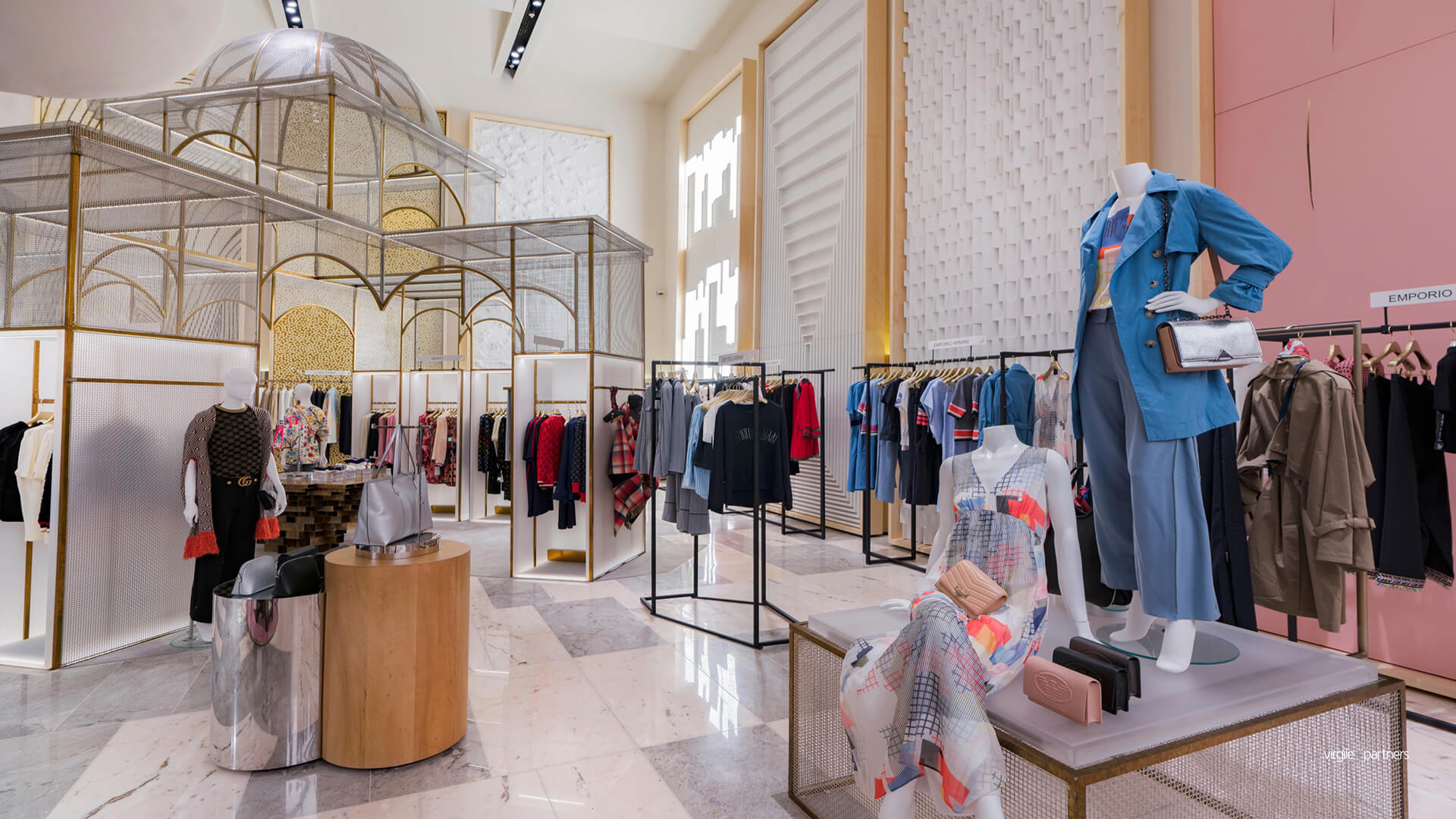 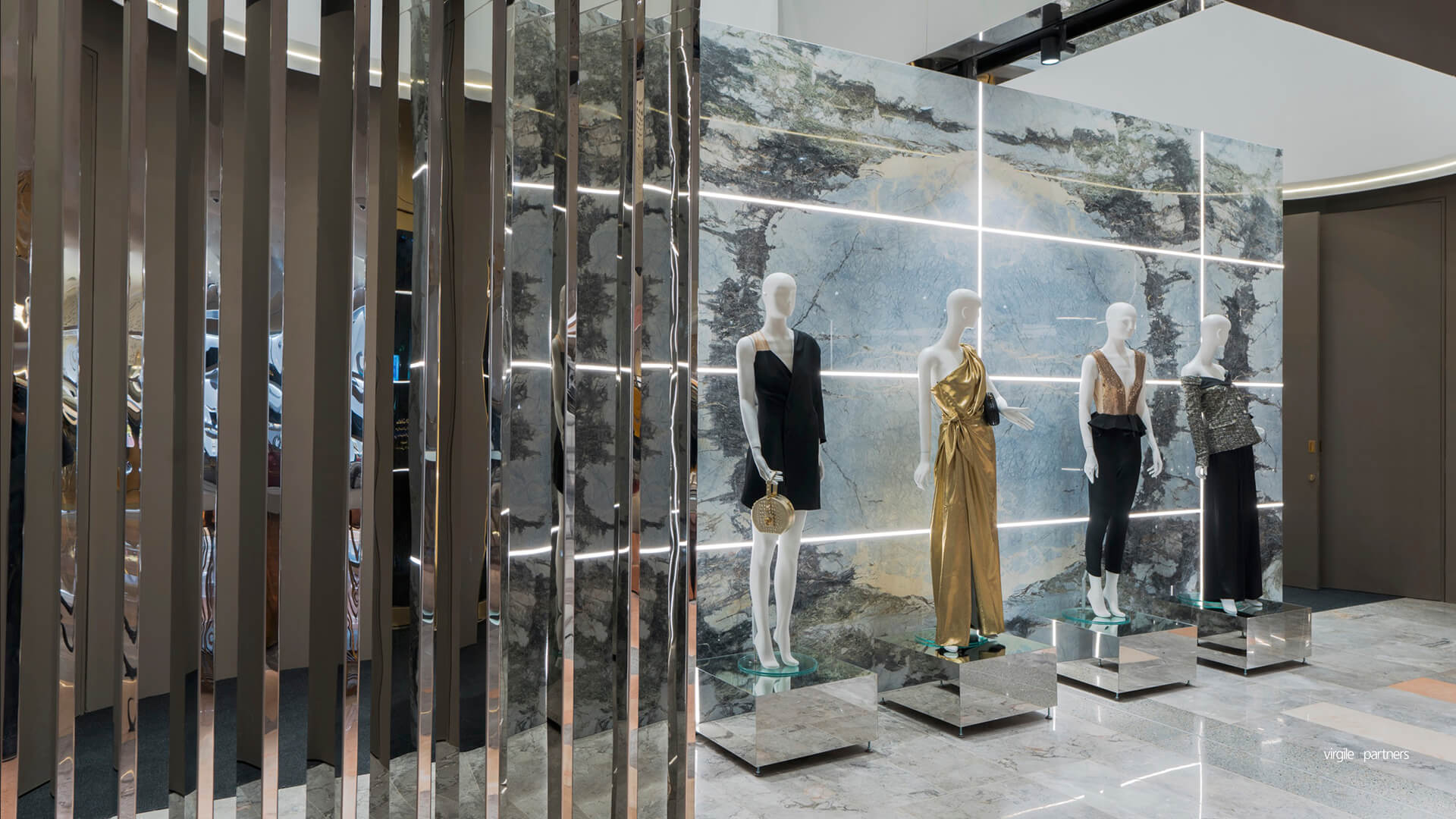 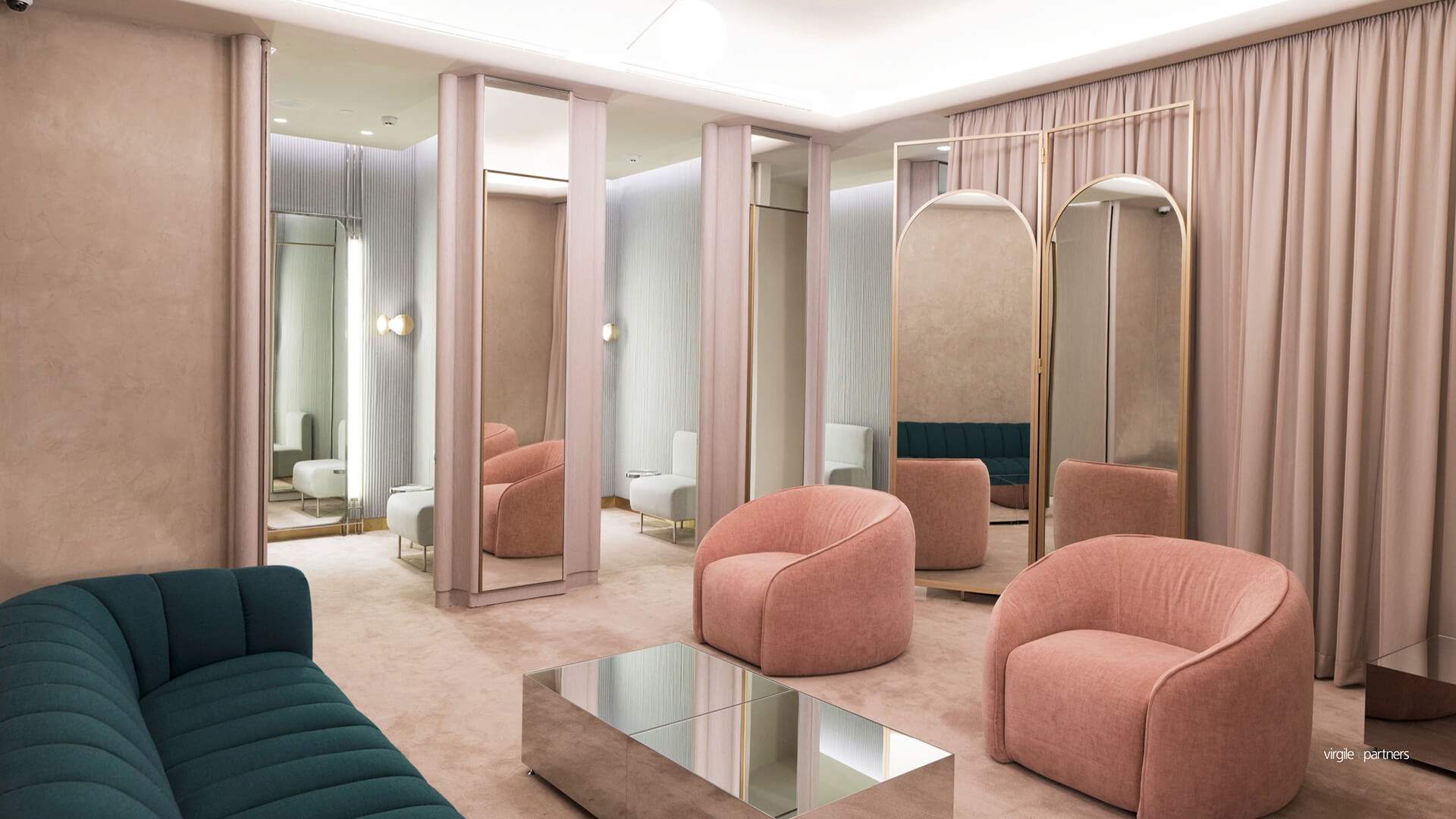 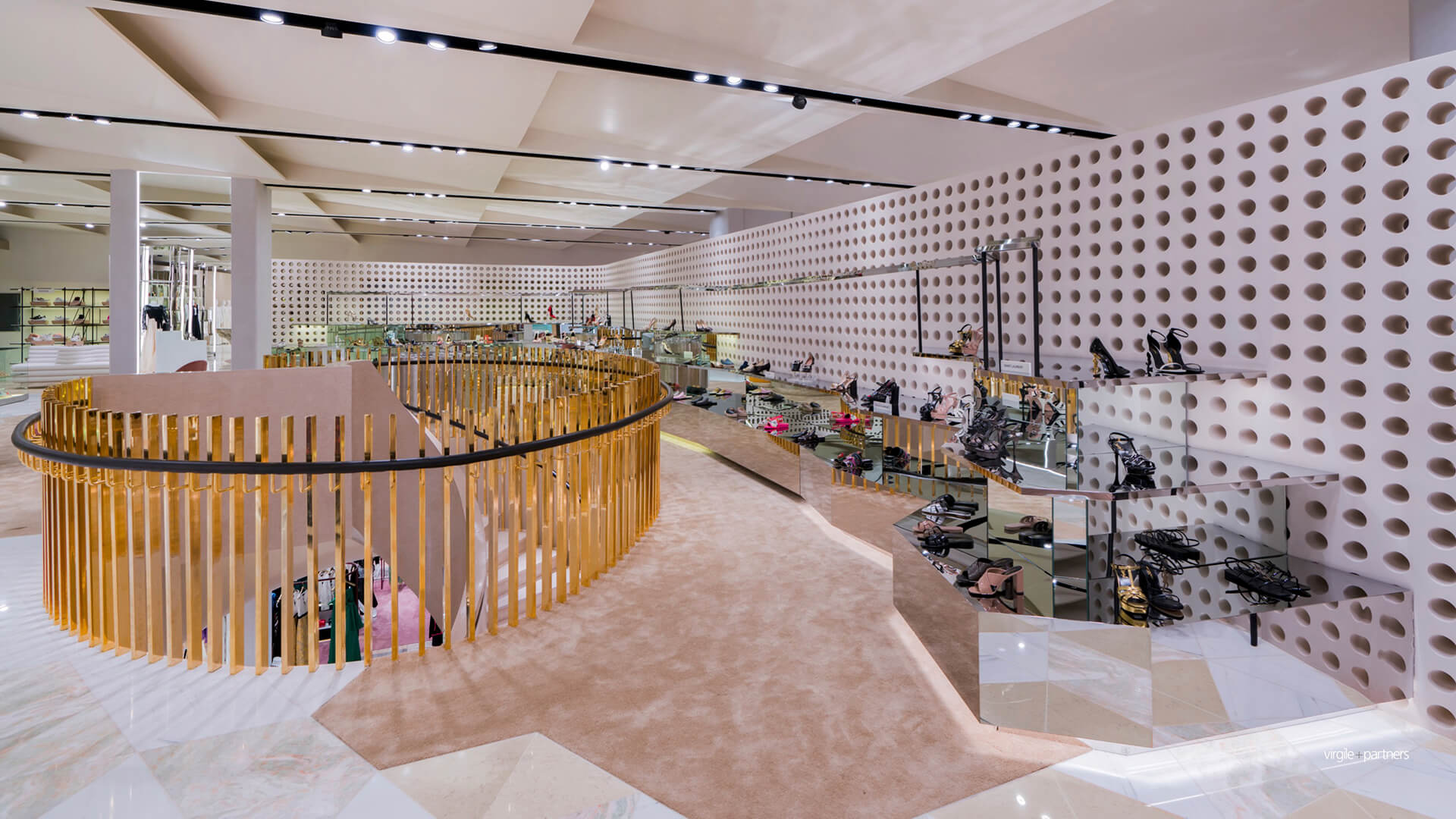 So, it’s seemingly symbolic of that optimistic speculation that Rubaiyat drew the curtains last month on the 2,100 sq-m concept store. The opening also follows a recent, notable milestone for the Saudi fashion community: Saudi Fashion Week, held in Riyadh for the first time last fall.

London-based Virgile + Partners collaborated with the company to create a distinctive spatial identity for the shopping venue. Many of the goods on offer are of Western origin – Gucci, Balenciaga and Saint Laurent – but with the interiors, the blended team sought to combine that influence with inarguably Saudi visual references. One can observe this with the in-store architecture and the combination of luxury materials like marble with the raw, such as concrete. Abstract artwork panels produced by local artists – as well as pop-ups featuring local designers –are a viewfinder into the community’s creative scene beyond the store.

Comode, a new concept store in Tehran, was born from a similar sentiment. Rubaiyat's decision to appeal to a more contemporary demographic with the concept store precipitates the future direction of luxury fashion in the region and may potentially strengthen the retailer’s playing power on a global scale.