This school renovation highlights the importance of musical education in Venezuela

To better understand this spatial design project, we first need a brief Spanish-language music lesson – bear with me, as the reason will become evident quite quickly.

If you are one of those lost souls who say ‘dancing Spanish’ or state that you ‘like listening to Latin music,’ please sit down and pay attention. Music in the Hispanic world doesn’t just differ wildly in terms or genre – salsa and salsa choke are not the same thing, and neither are reguetón and dembow – but also in terms of lyrical approach. The language just doesn't operate the same way for everyone. For example: if you happen to stumble upon a pop song that’s oddly scientific – ‘oxygen, nitrogen and argon with no defined shape or colour’ or ‘my bedroom is full of clouds of gas, molecules and stardust’ – odds are it comes straight from Spain. If you can’t understand what on Earth they’re talking about because it sounds so otherworldly and melodic and beautiful and profound, you’re probably witnessing the charm of Argentinean music – ‘they all turn and turn like a technicolour butterfly’ or ‘there was a missile in my closet’ come to mind. If the topics are plain and rough and sexy and you can understand 50 percent of it because it’s kind of despacito, it’s probably Puerto Rican; if you can only understand 10 percent of it because the words are going so fast, it’s probably Dominican. But if the topics are unexpected for pop songs and the sheer poetry of their approach makes you iluminada y eterna, you’re in front of a Venezuelan song.

From joropo legend Simón Díaz to romantic crooner Ricardo Montaner and Franco De Vita’s socially engaged pop, and from Björk darling Arca to literal headbanger Gustavo Dudamel, the country has a reputation for producing stellar musical acts that rise above and beyond their respective genres. And to a nation currently fighting the worst socioeconomic crisis in its history, holding on to that musical pride is a baton of hope in its truly troubled times.

Music has always been a tool for social empowerment in Venezuela

That’s why a full renovation for the Colegio Integral El Ávila, a pre-school-to-secondary centre in Caracas, was a priority even in times of scarcity. ‘No political situation has ever been able to dismiss musical education in the country… Music has always been a tool for social empowerment in Venezuela,’ explained Julio Kowalenko, one half of Atelier Caracas, the architectural studio behind the project. ‘Today more than ever, it has been able to bring together every single social class within a single space, and there we can all forget about our preconceptions or any philosophical disagreements.’ 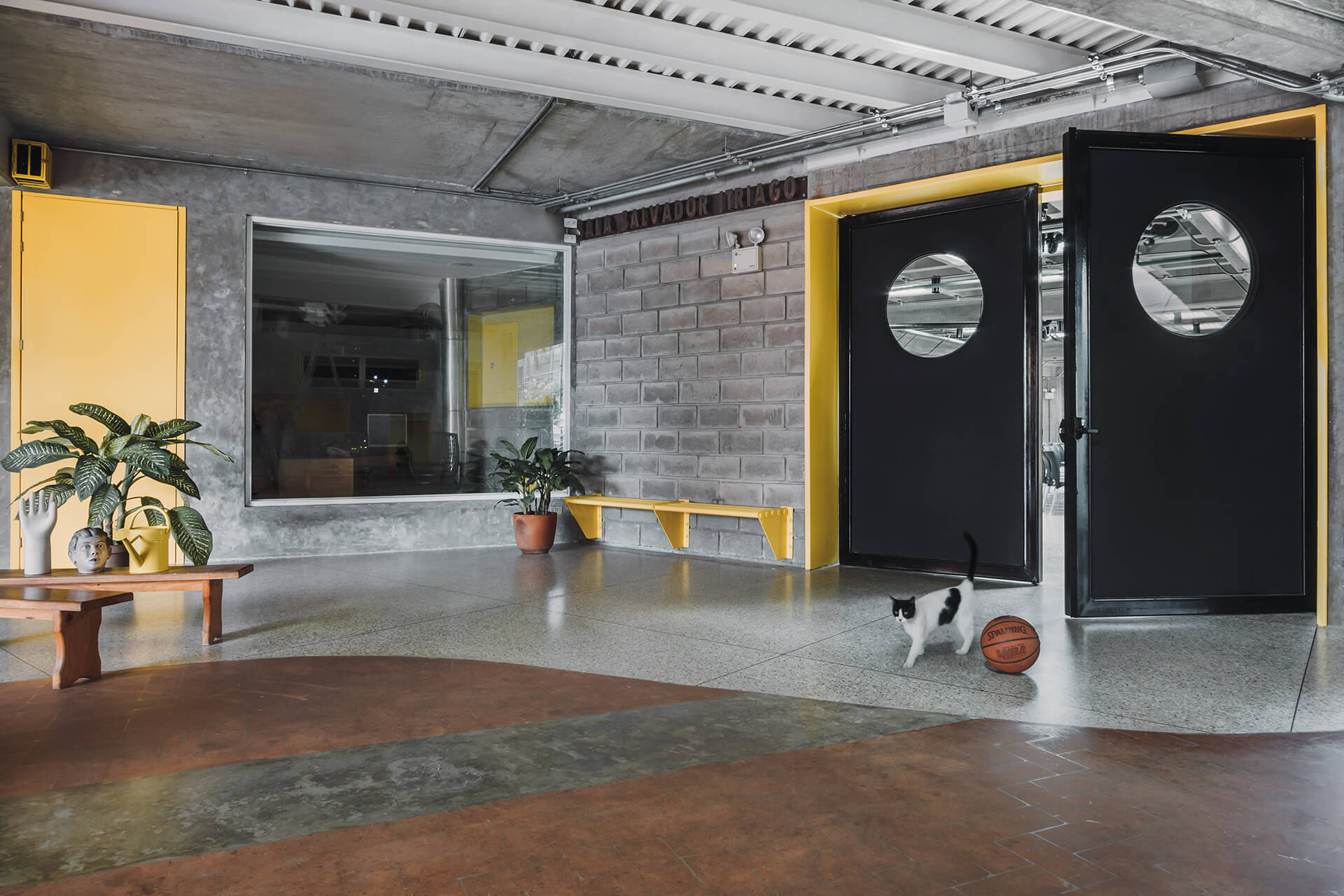 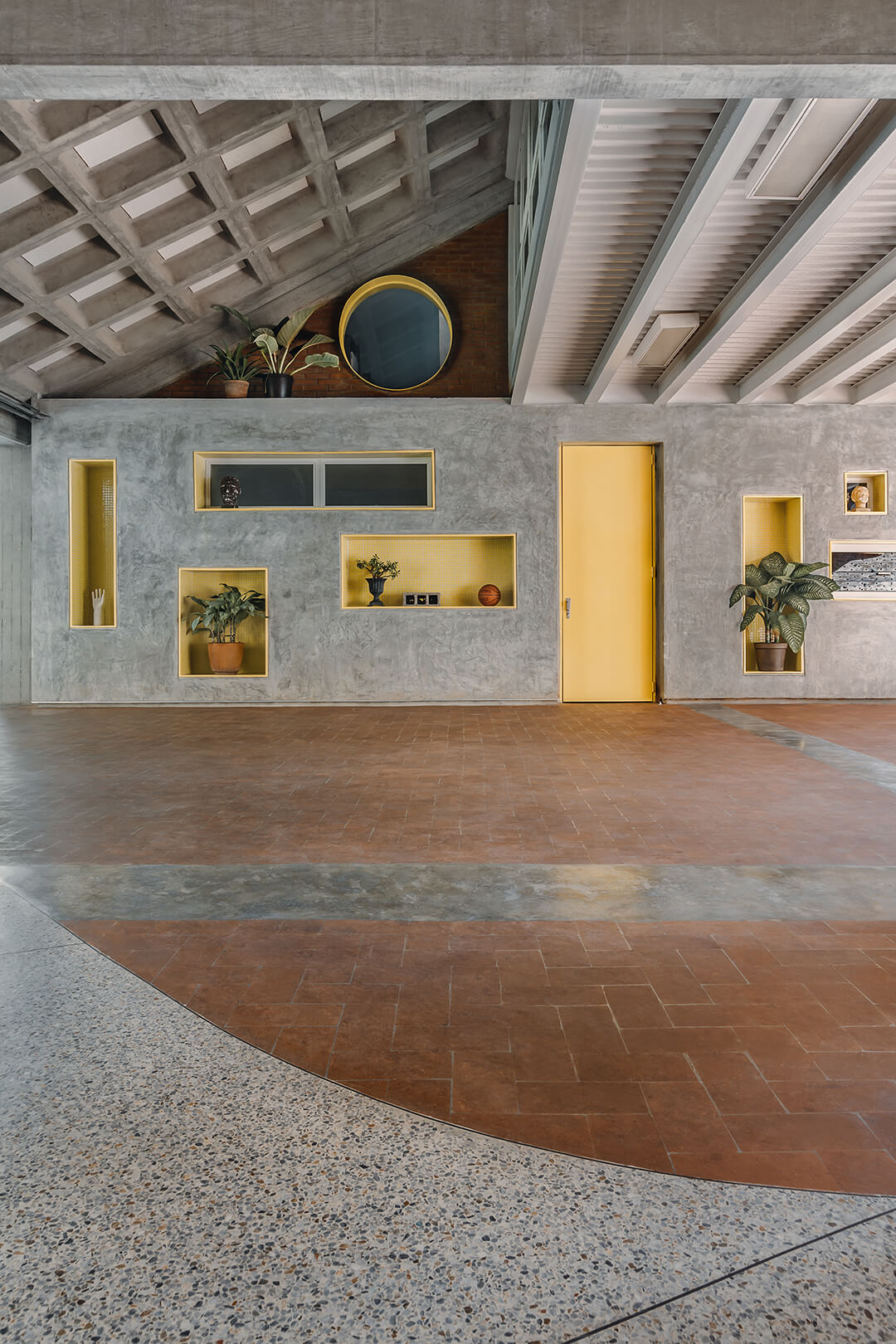 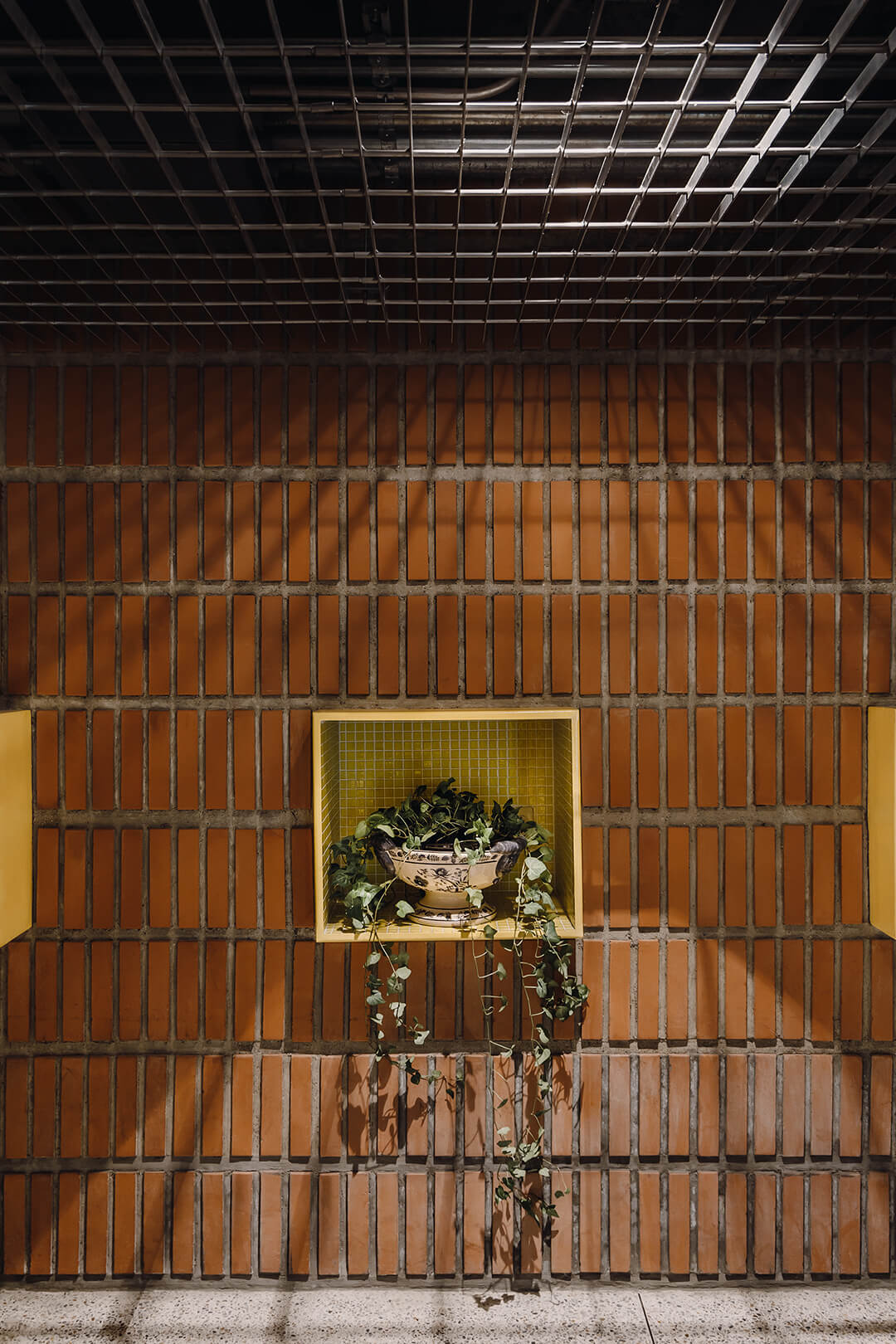 Founded in 1996, the institution wasn’t designed for its current artistic demand: as the interest from parents and students grew, the faculty had to improvise exhibition areas within the available spaces. After years of trying to hold back the attrition floodgates, the venue was in dire state: El Ávila is a not-for-profit institution that handles special projects, such as renovations, via donations. The school was, as Kowalenko explained, ‘one more victim of the situation we all suffer.’ The administration’s idea, then, was to start small by turning the food court into a flexible space that could double as a small theatre and an art gallery.

With Atelier Caracas co-founder, architect Rodrigo Armas, they saw this commission as an opportunity to display some much needed ingenuity. Instead of providing a full facelift, the team decided to honour the interior history of the building by using the same original materials, but altering their spatial configuration in unexpected ways. From the dusty chalkboards that pop out of the classrooms by transforming into doors to the traditional white granite that rebels against any sort of geometric guidance by bursting into curves on the floor, what was once an ornamental finish has now become structure and form. ‘That’s why we’ve called this The Parasite Project: a new architecture rises from the symbiotic relationship between the host – the existent building – and the new organism,’ explained Kowalenko. 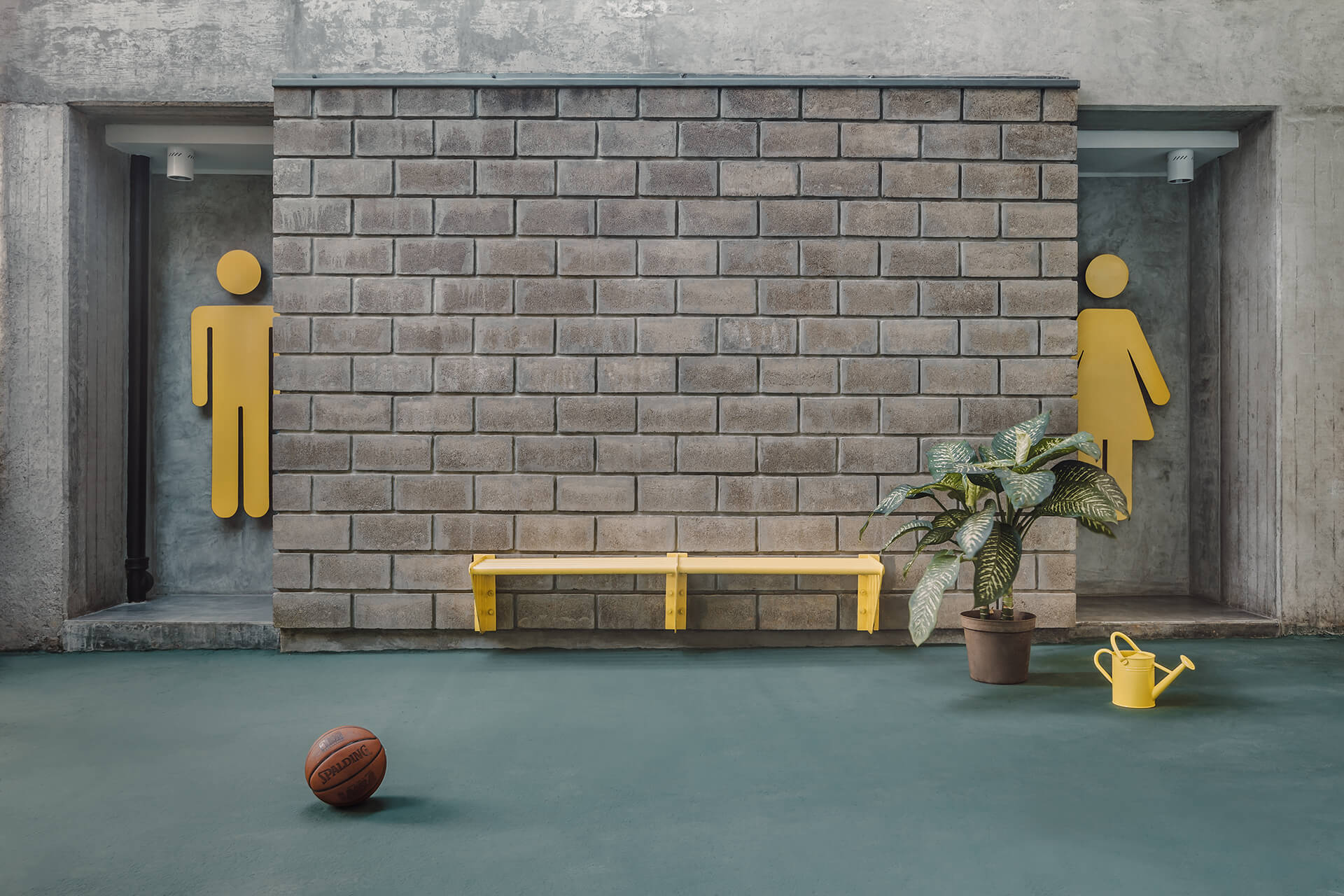 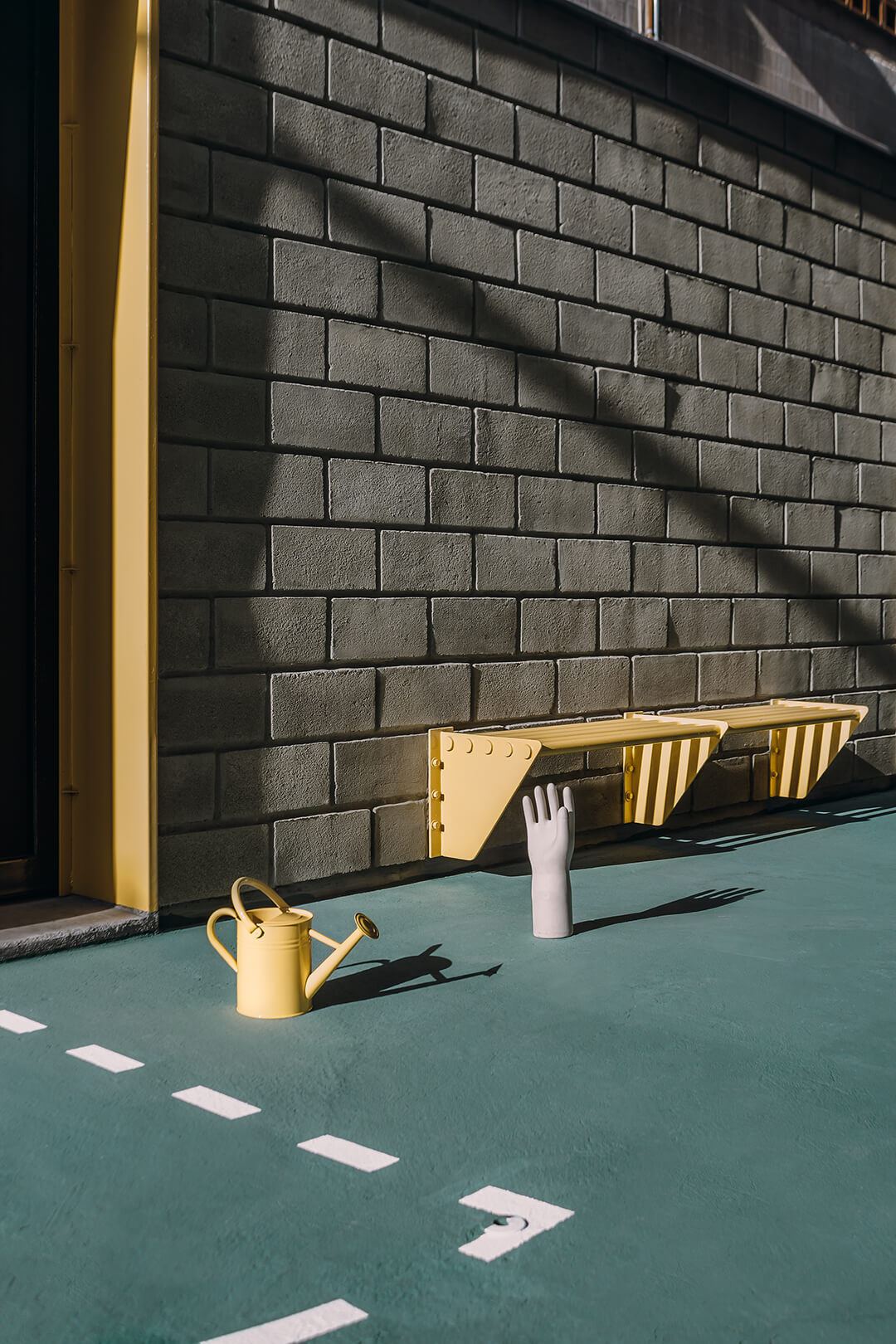 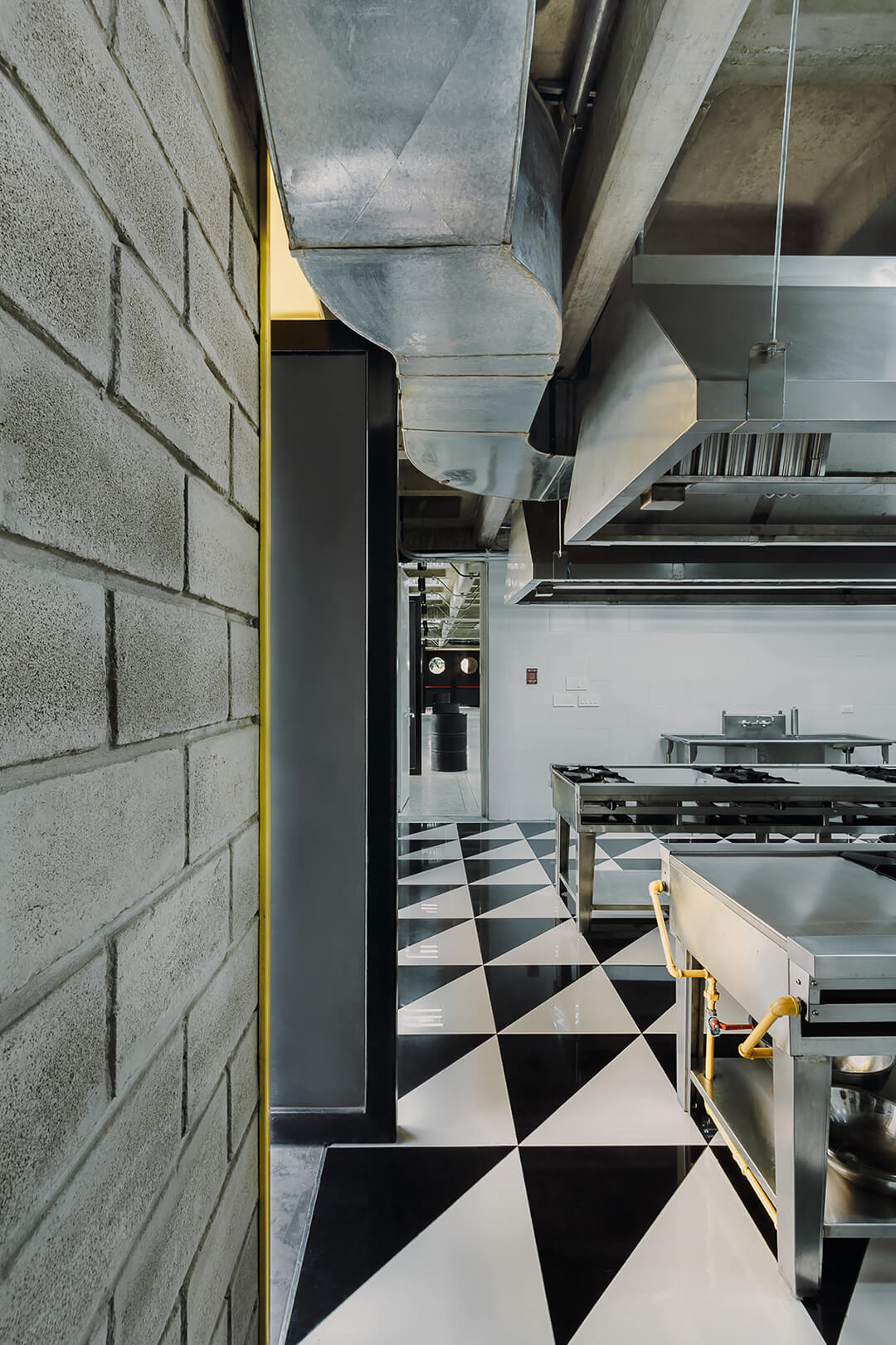 But this renovation is much more than that. ‘We wanted to rescue local materials that have been traditionally labelled as ugly or ordinary due to poor implementation,’ the artist added. The Parasite Project is, indirectly, a celebration of the concrete footing that the country’s performing arts and architecture stand on. These organisms are some of the most beautiful parasites to come out of the timeline of this land, and its inhabitants are making sure no circumstance dilutes their power to uplift. Yet again: what was once an ornamental finish has now become structure and form.

As part of the reporting for this piece, Kowalenko contributed some of his favourite samples of Venezuelan music, through YouTube links. One was Jesús Castro-Balbi’s performance of several waltzes and sonatas by the late composer Antonio Lauro, who started his career as a piano student at the Academia de Música y Declamación in early-20th-century Caracas. The first comment in the video? ‘I am proud to have had Antonio Lauro as my music teacher in school.’ There you go.