This Shanghai concept store condenses – or, curates – a city inside to attract young urbanites

On the third floor of a high-end shopping mall in Shanghai live a church, park, skate park and gallery – wholly contained in 1000-sq-m. Inside the space occupied by the men’s fashion and lifestyle concept store Assemble by Réel, designers at Kokaistudios sought to create a space that would attend to the interests and passions of ‘China’s coolest consumers’ – and could guide those visitors on a clear journey through the single-floor city.

It’s a curious concept: why would consumers want to spend time in a place modelled after a city when there awaits a perfectly good one outside? A possible answer is not difficult to conjure up – the Assemble by Réel store, despite partially bowing to the day-to-day reality of young urbanites, is utopic: inside the space exists none of the grit and ugliness cities too harbour. Kokaistudios' concept is alluring to young consumers who are looking to subscribe to a certain lifestyle – a curated one, that is – in all shapes and forms. 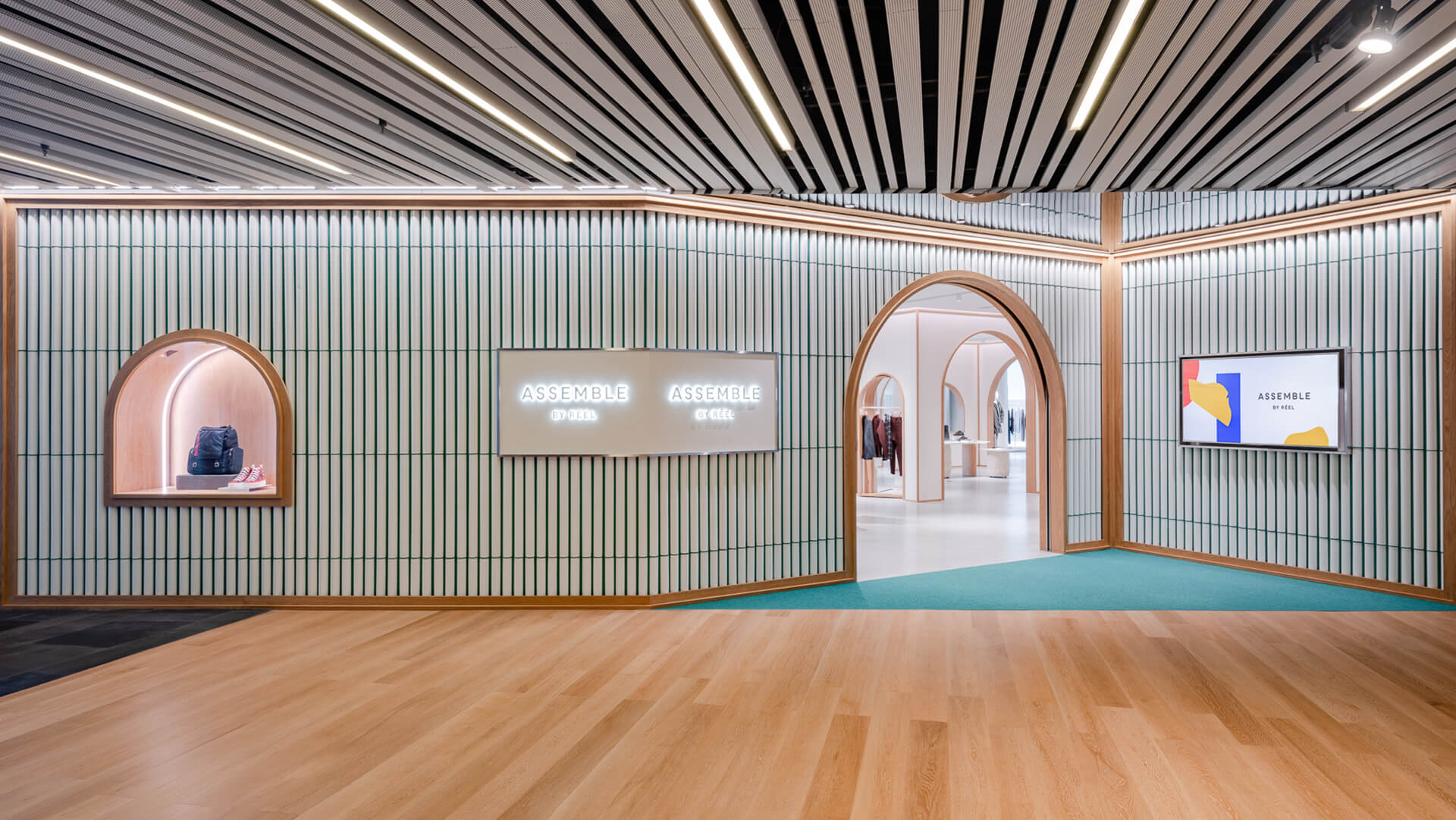 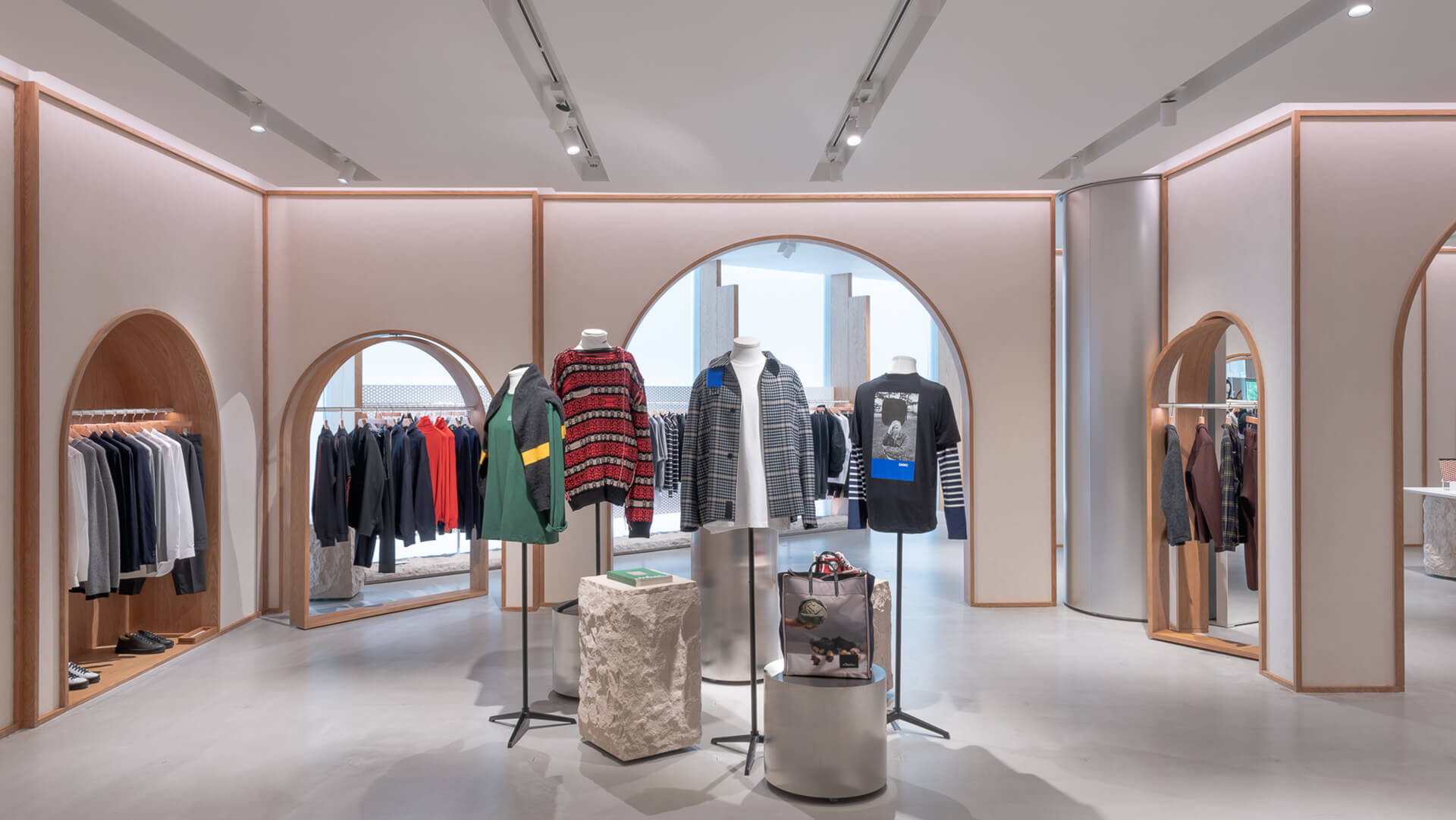 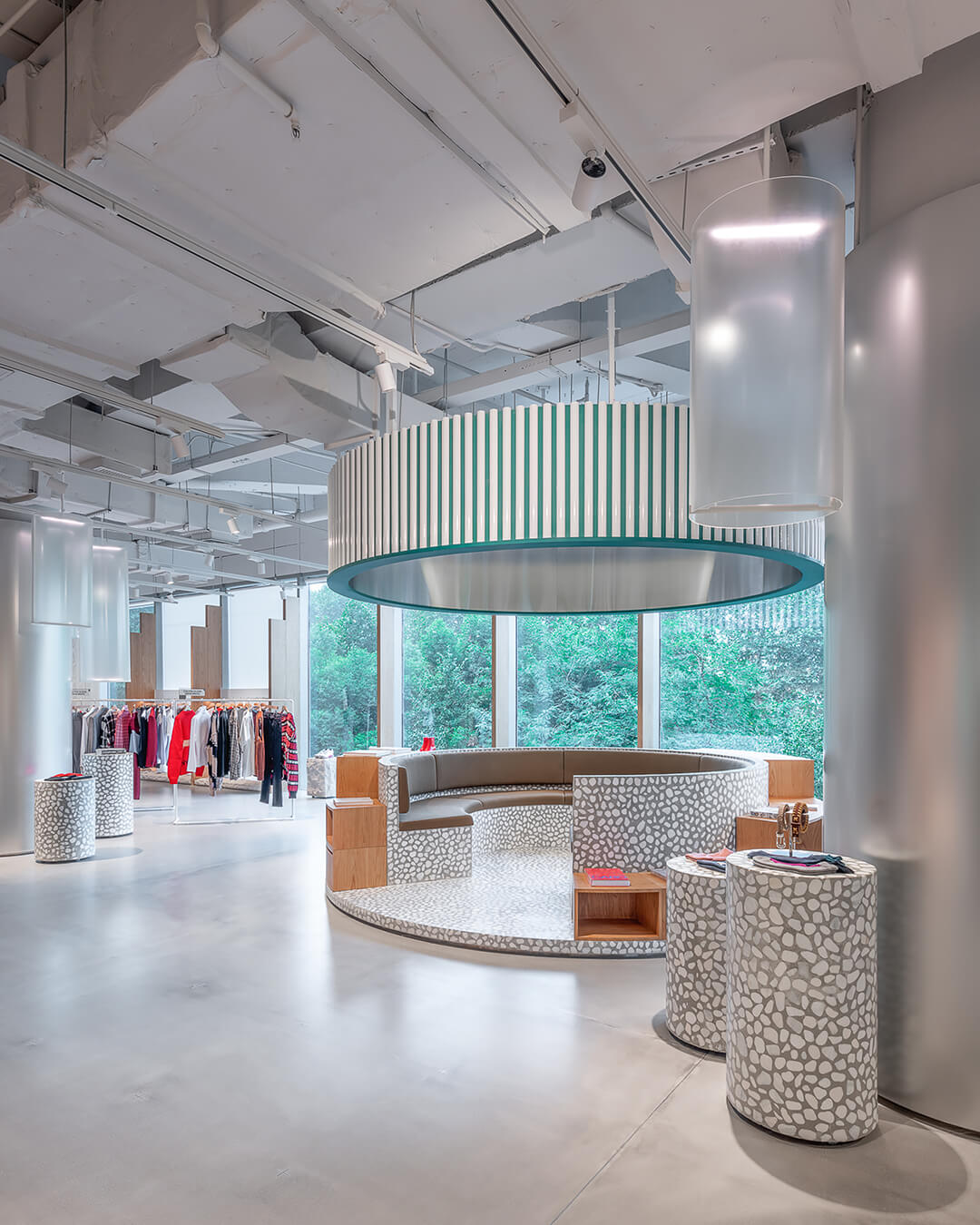 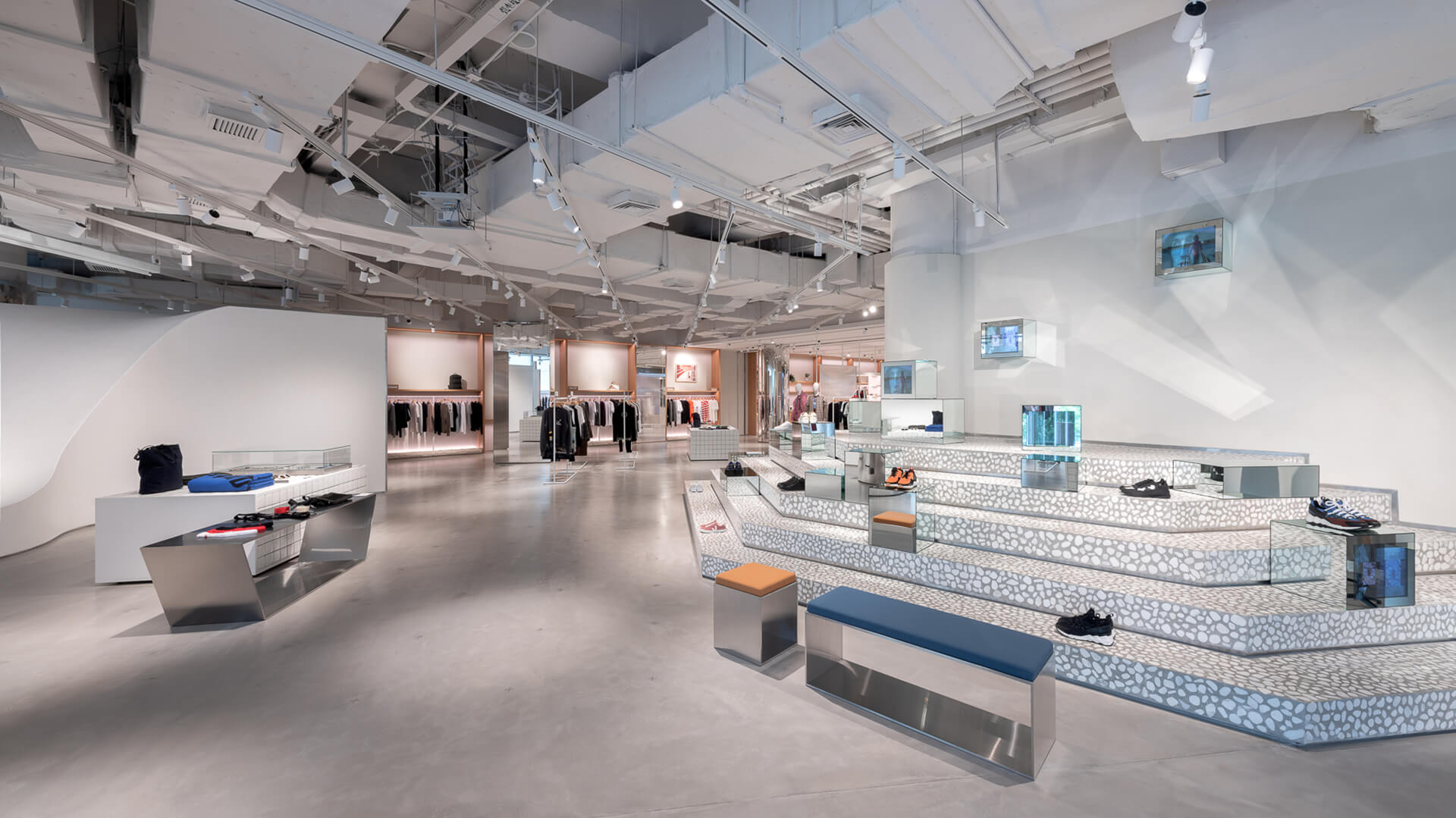 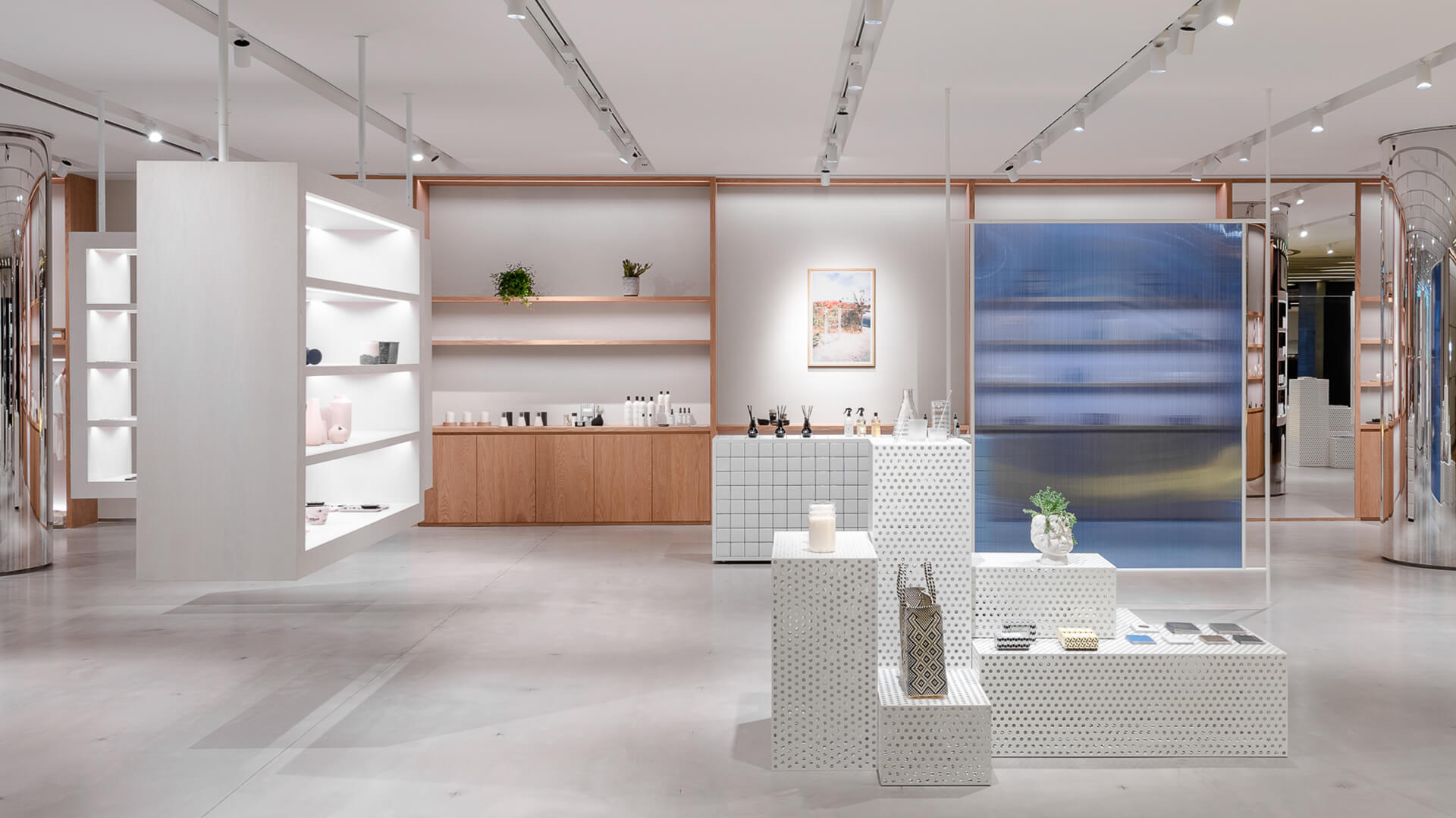 In the church-like area – defined by a ‘majestic colonnade’ – shoppers are surrounded by pronounced archways in a maze-like layout contrasting what lays beyond in the space. Designer garment collections are merchandized sparingly, preventing consumers feeling like they are being inundated.  They’re also meant to feel at ease in the park-themed area: there’s a conversation pit modelled after a pavilion in which one can drink a coffee and bask in the natural light coming in from the floor-to-ceiling windows.

In the space, the skate park and gallery area mark the denouement of the city tour, both of which boast installations based on recognizable urban architectural motifs. Slope-roofed fitting rooms nod to skate ramps and light projections add a dynamic ambiance; terraced terrazzo steps give setting for street-wear product to live.

Exhibit-like displays in the gallery entice – and tease – shoppers one final time with the store’s accessory offerings. Kokaistudios played their retail interior concept cards right: in every city one visits – especially one that seems to have it all – it’s hard to leave without a souvenir.