The Japanese treat their houses like the rest of the world treat their smartphones: they are developed in a placenta of planned obsolescence, destined to greatly depreciate every year and thus be unceremoniously replaced by a newer model – that explains why, after barely two decades, most homes in the country are demolished, with updated tech springing in its place. That makes the Deformed Roof House of Furano such an outstanding case: instead of tearing down a 1974 house done in a then-vernacular and now-anonymous style, a family and an architect decided to keep its bones and instead focus on adapting the outer layer.

The original dwelling is an example of Hokkaido’s Minka housing, featuring so-called ‘deformed’ sloped roofs – they look like a technical glitch forced itself upon a triangular roof. But architect Yoshichika Takagi saw its spatial potential: this breathing room on top could be used to turn the residence into a duplex of sorts, with parents living in the lower unit and their offspring in the upper one. 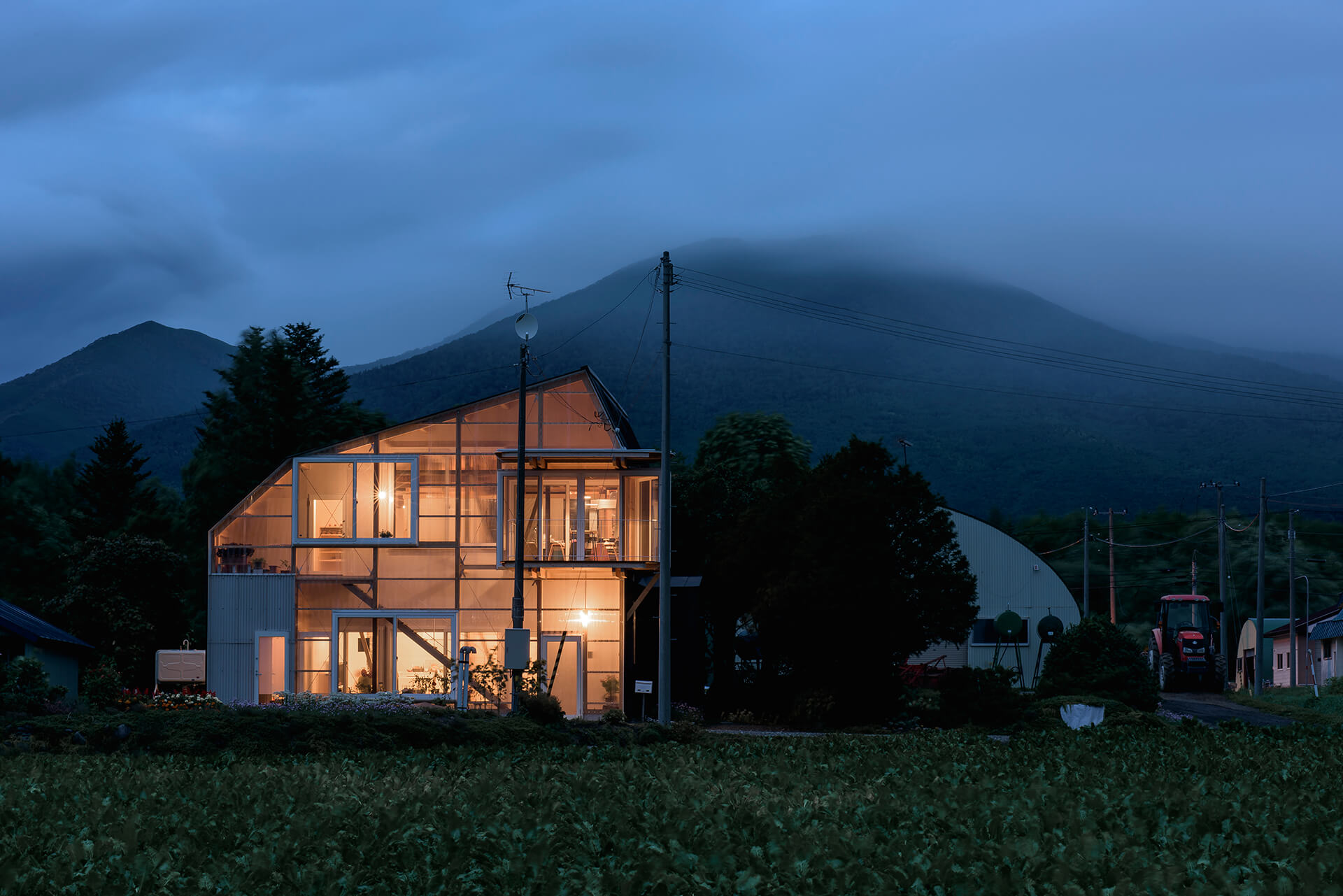 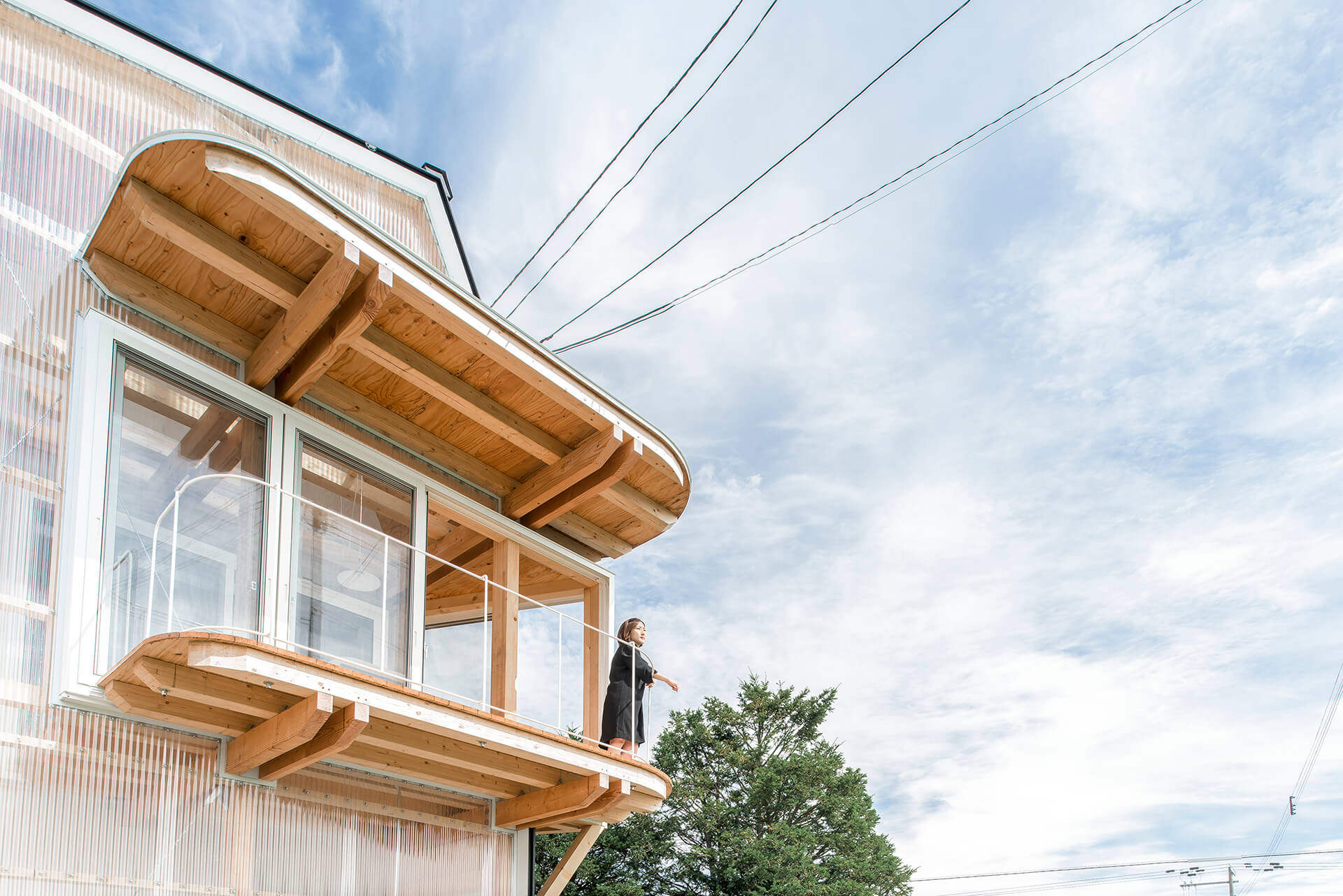 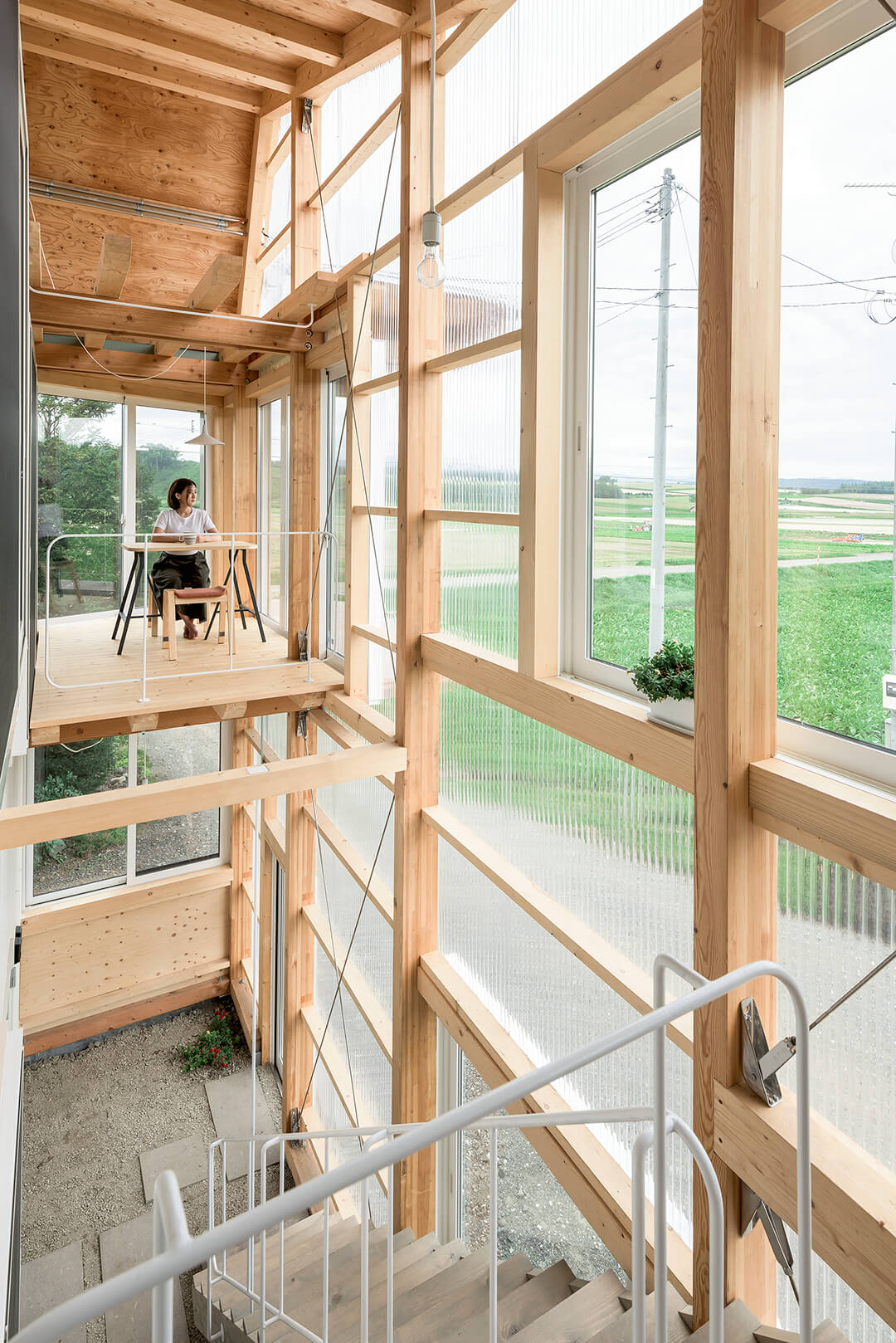 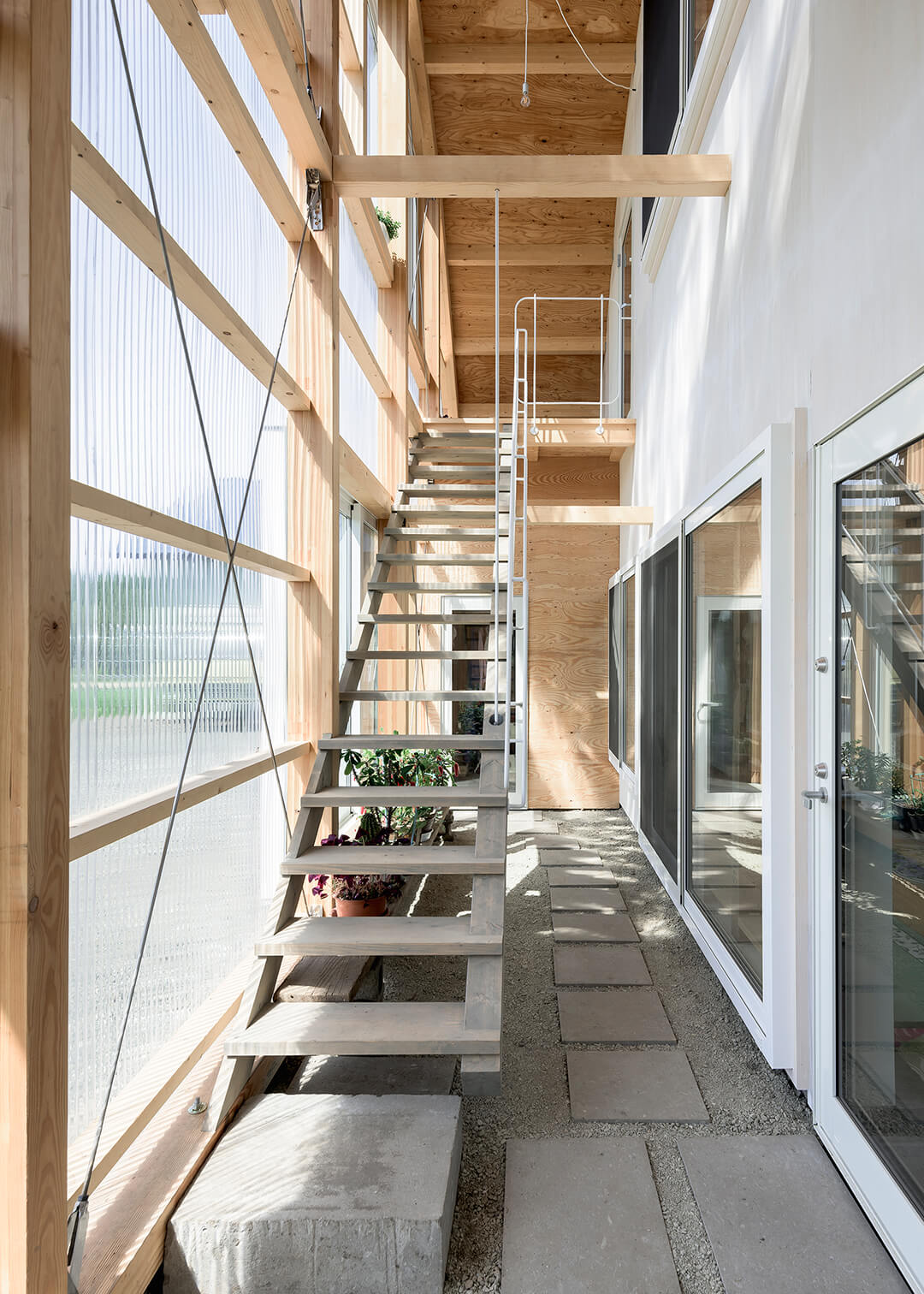 The team disassembled the house down to its frames, and then provided insulation and structural improvement. As the Hokkaido residence used to be a farmer household – and still kept parts with a dirt floor as proof – Takagi was inspired by the aesthetic of greenhouses to re-outfit the house. Furthermore, the architect smartly cut costs by introducing semi-outdoor spaces in half of the dwelling – that area includes a terrace, a ‘windbreak’ room and an all-access social area.

The result is a nearly transparent outer skin that, unlike its anonymous previous life, certainly breaks with the residential landscape of Hokkaido’s countryside.