The W Hotel is spread between two monumental buildings in the heart of the city: a bank from 1908 (one of the first concrete constructions in the Netherlands) and a telephone service building inaugurated in 1928. Both of these buildings were formerly used to ‘connect and exchange’. This historical reference influenced Baranowitz + Kronenberg (B+K) when designing the hotel’s Away Spa. ‘The rigidity of the original structure made it necessary to reinterpret and reinvent the spatial arrangements and programming of the public rooms,’ says the team. As such, some unusual features are incorporated within the spa boundaries, such as a multifunctional conference room, a burger restaurant and a boutique designer store and gallery, which intertwine as a connected leisure facility.

Located on the ground and underground levels of the former bank, the spa is hidden behind the 4-kg steel doors that formerly safeguarded the vaults. By using the building’s existing features, such as the aforementioned dominating vault doors, B+K creates a subtle homage to the building’s former use. 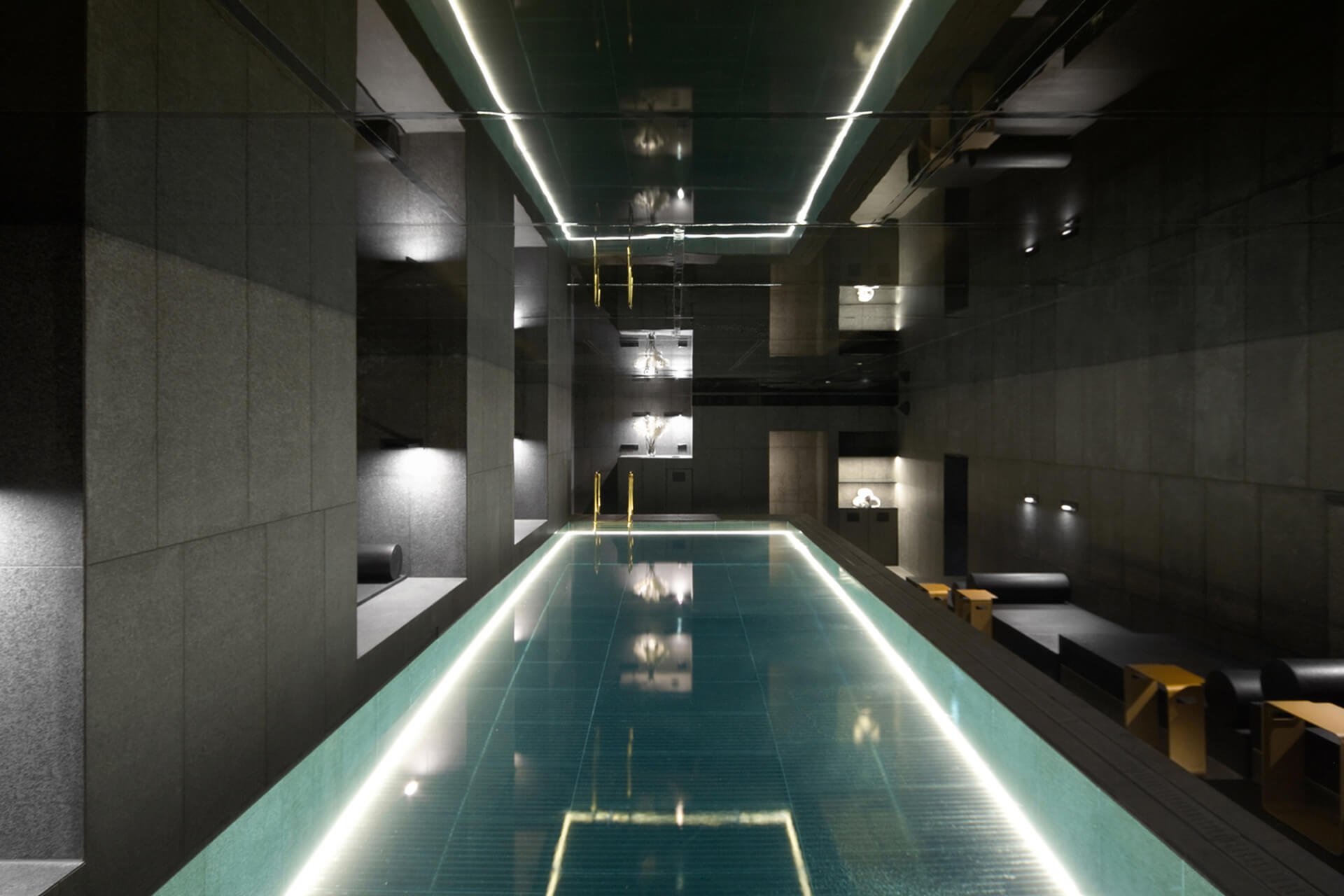 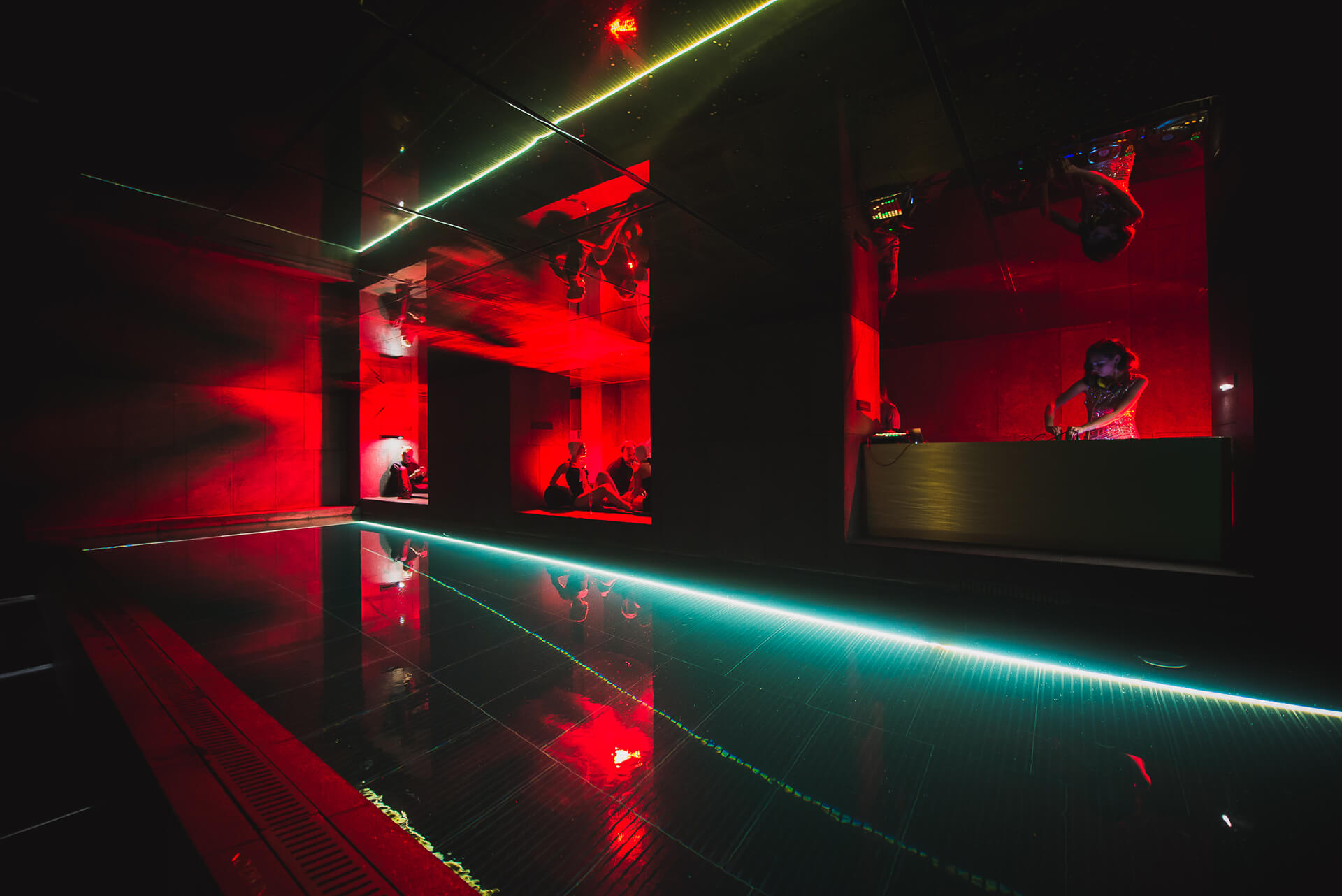 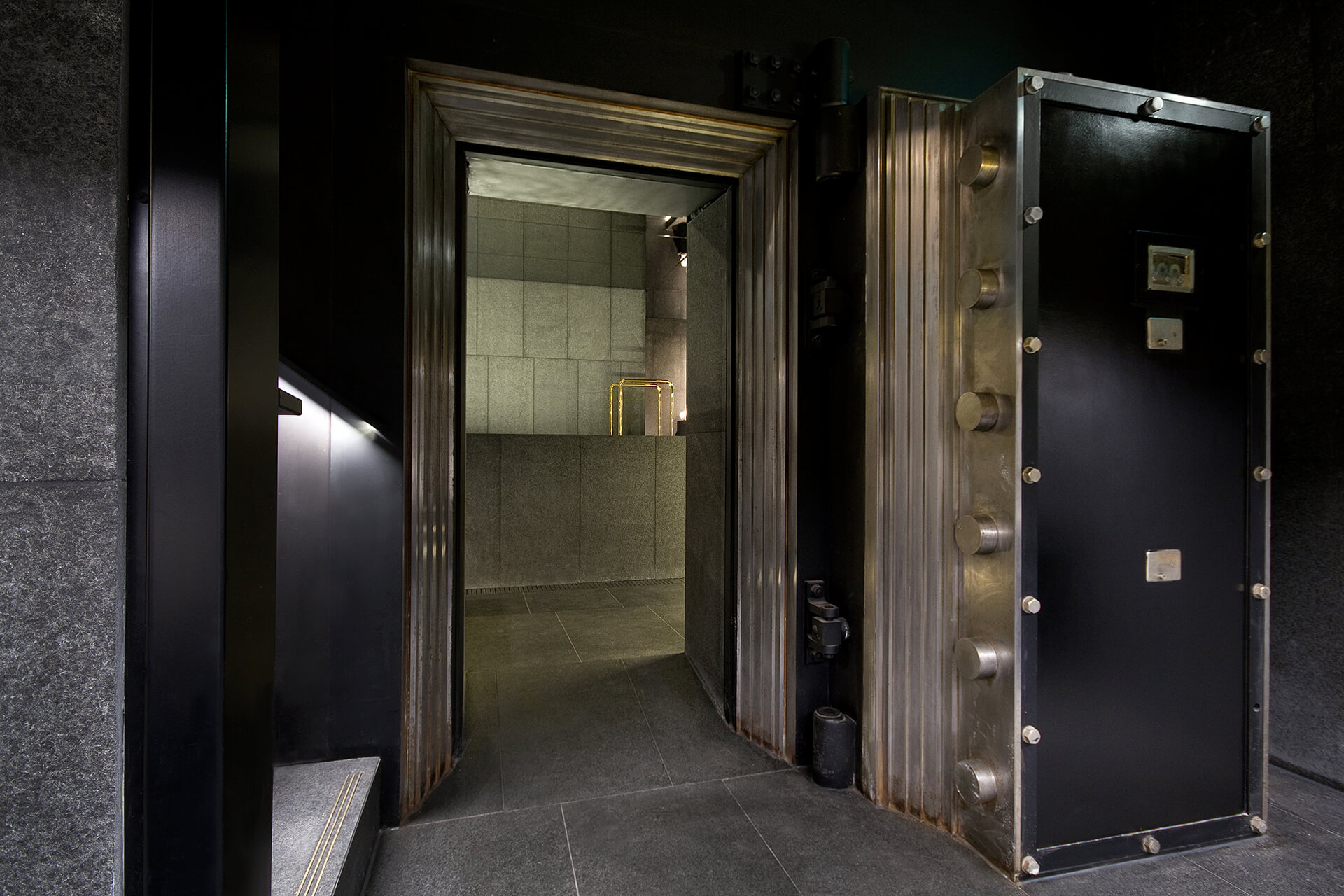 Top, Middle: Away Spa gives a second life to an architectural monument, reviving not only the visitors to the facility but giving new meaning to the character and importance of an existing building. | Bottom: By using the building’s existing features, such as the aforementioned dominating vault doors, B+K creates a subtle homage to the building’s former use.

To merge the interiors with the urban feel of the existing structure, B+K introduces black basalt stone and oak wood finishes within the scheme’s transitional areas which include the central manicure-espresso bar, the lockers and the gym. Additionally, brushed-brass panelling highlights the more typical spa spaces, like treatment and relaxation rooms, thermo baths, a swimming pool, a social jacuzzi and a sauna.

This project was featured in the latest volume of our hospitalty-design series, Night Fever 6. Get your copy here.