Those eye-catching Portuguese soap bars have finally crossed the Atlantic

In Porto, 1887 was an eventful year for the city’s artistic imaginary. It was then that two visionaries, José Maria Ferreira and António Júlio Machado, presented the project for what would become the grand São Bento railway station, known for its pilasters covered in azulejo tiles that depict key moments in Portuguese history – to this day, it still marvels the tourists who leave the city with a photo of its blue tableaus as a souvenir.

But that was also the year that Claus Porto, a soap manufacturer, was founded. And to the many people who nowadays leave the city with a bar enveloped in one of their exquisitely designed wrappers, never mind the wine from the Douro: these sabonetes are as popular a Porto souvenir as a São Bento photo. 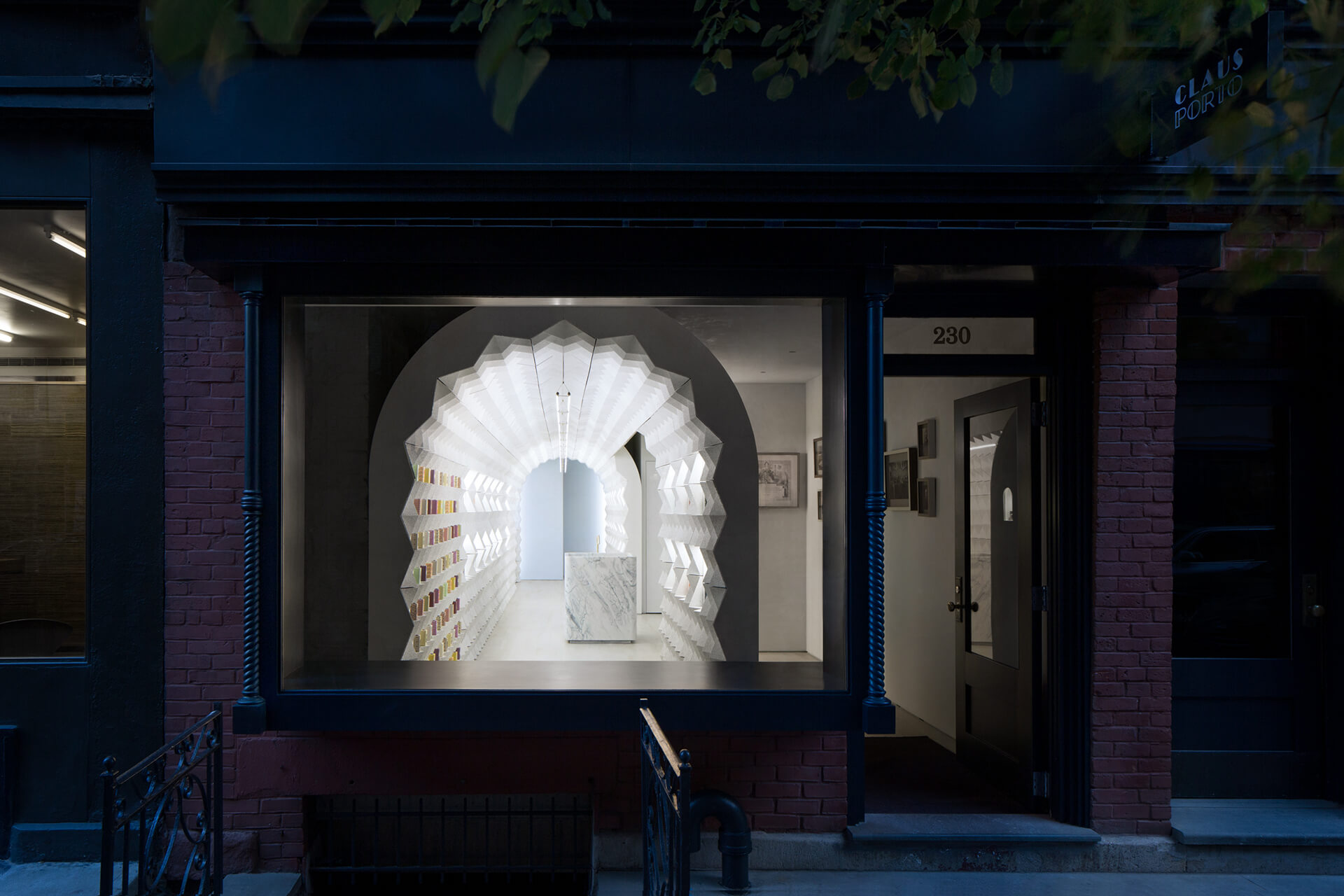 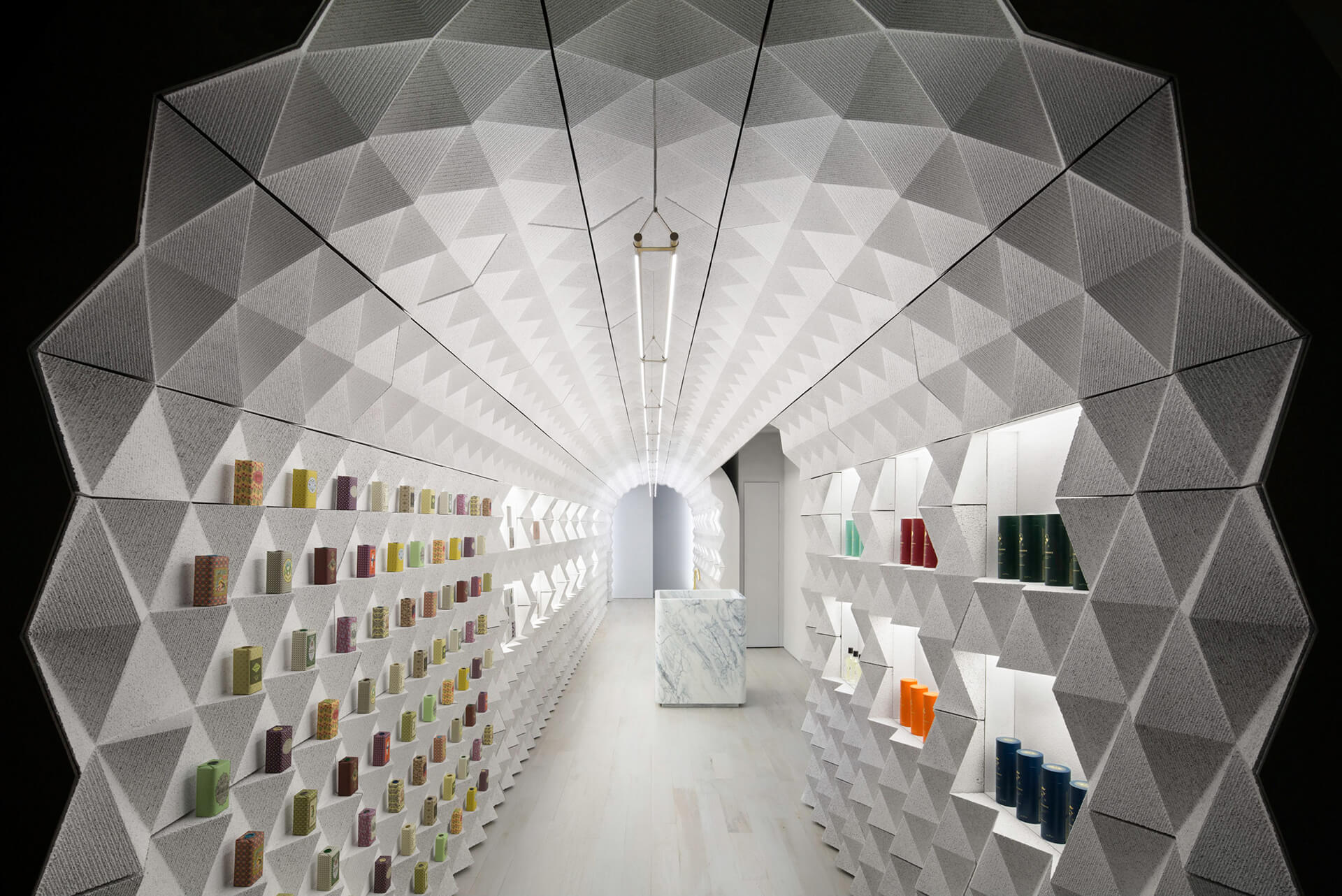 In a nod to that shared historical detail, for the opening of Claus’ first store overseas, the brand has decided to reference the architectural landmark. While the soap bars had been available before at several high-end American retailers, this is their first brand store in the country. As a strategy for differentiation in the competitive New York retail market, they’ve decided to tell the story of the company through the story of its homeland.

To do so, they recruited Tacklebox Architecture to turn a ground-floor spot in an early 1800s Nolita building into a portal to Portugal. 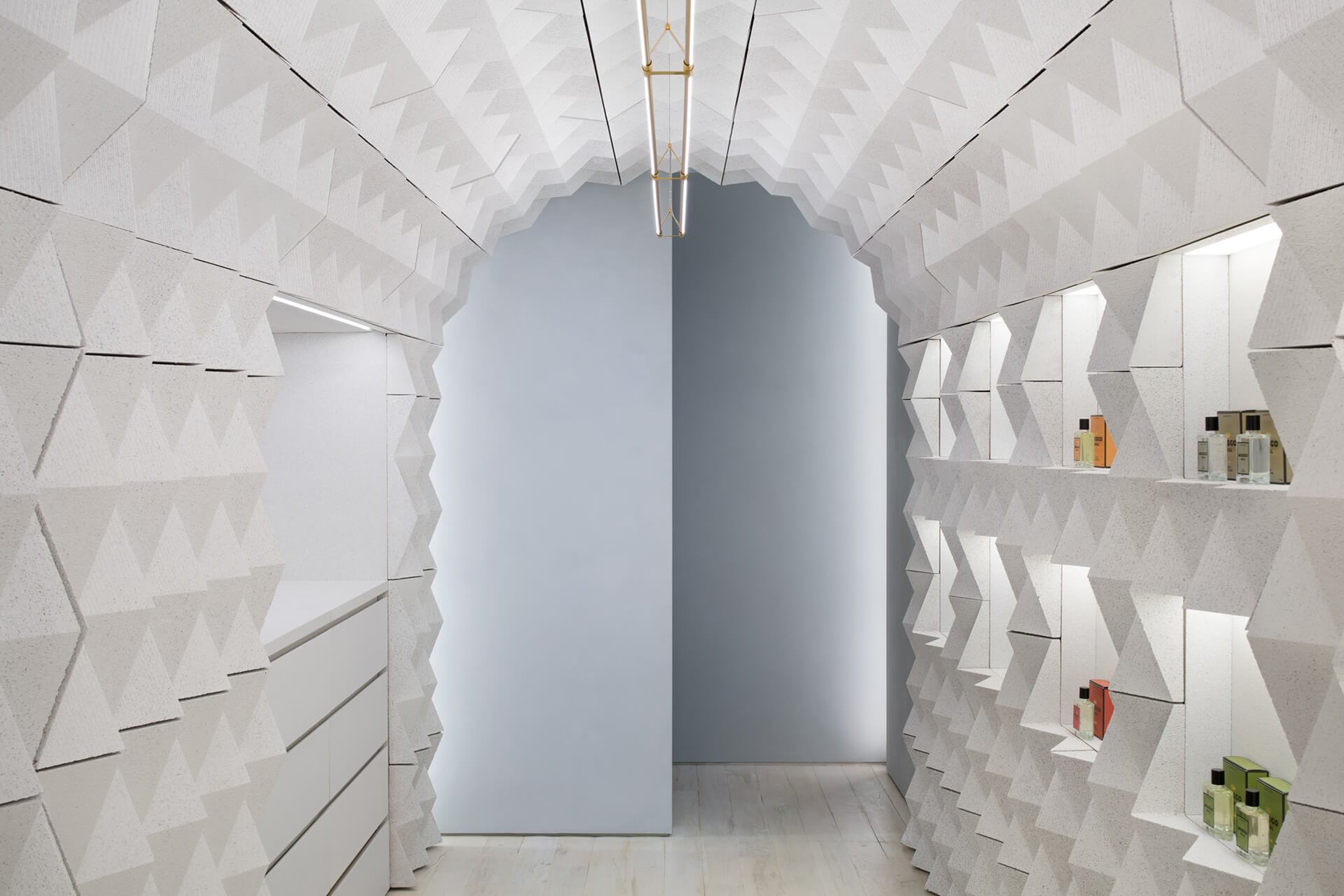 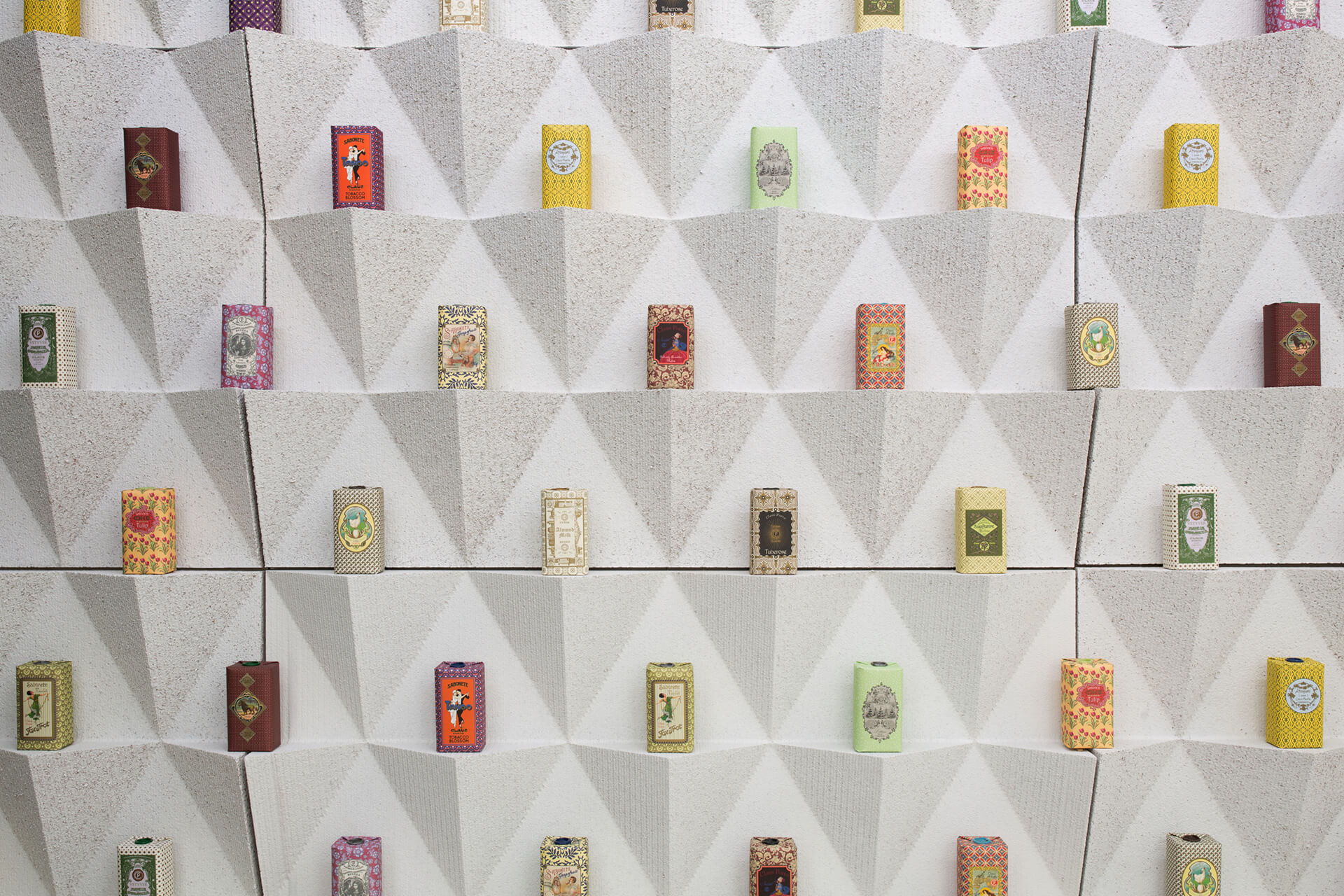 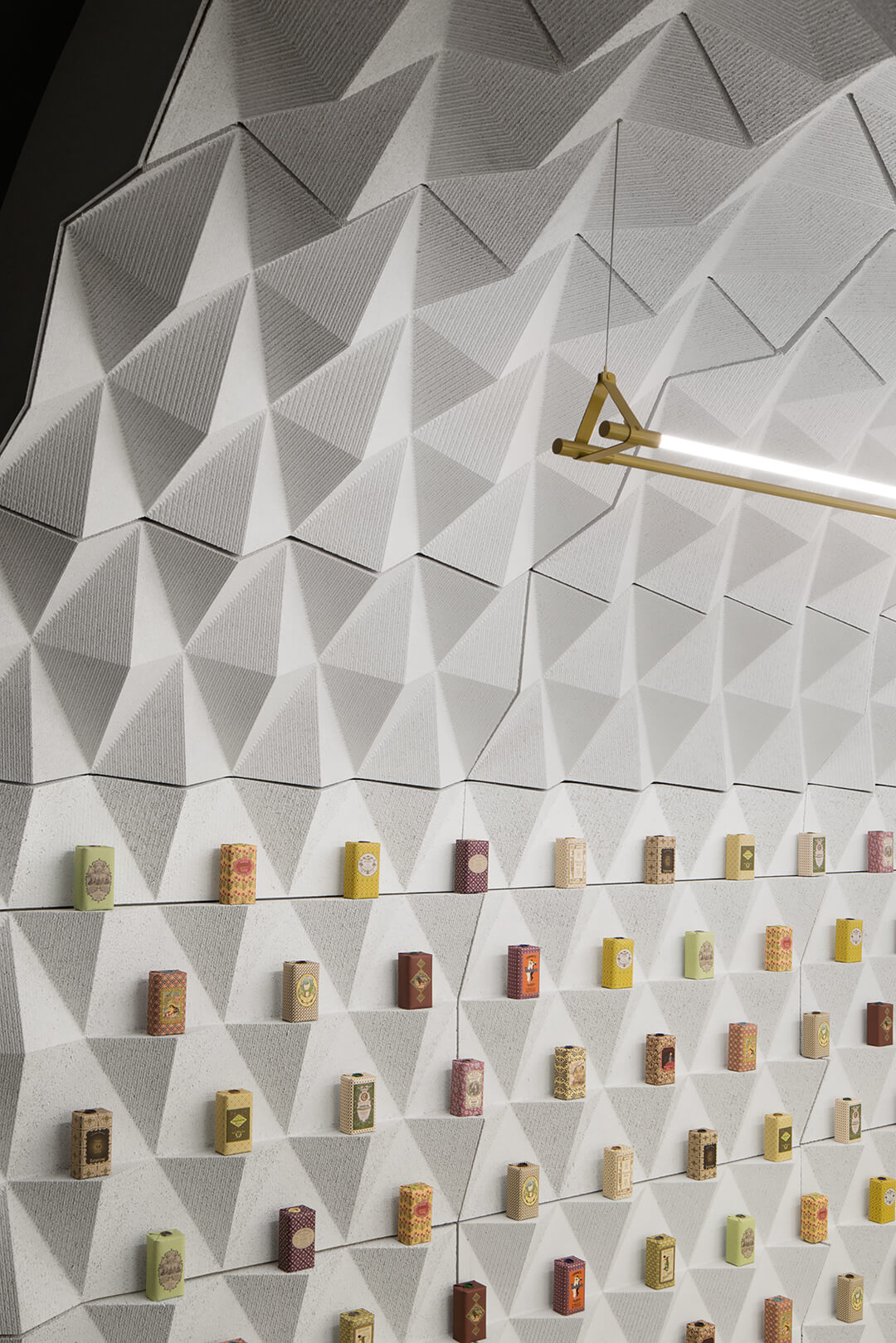 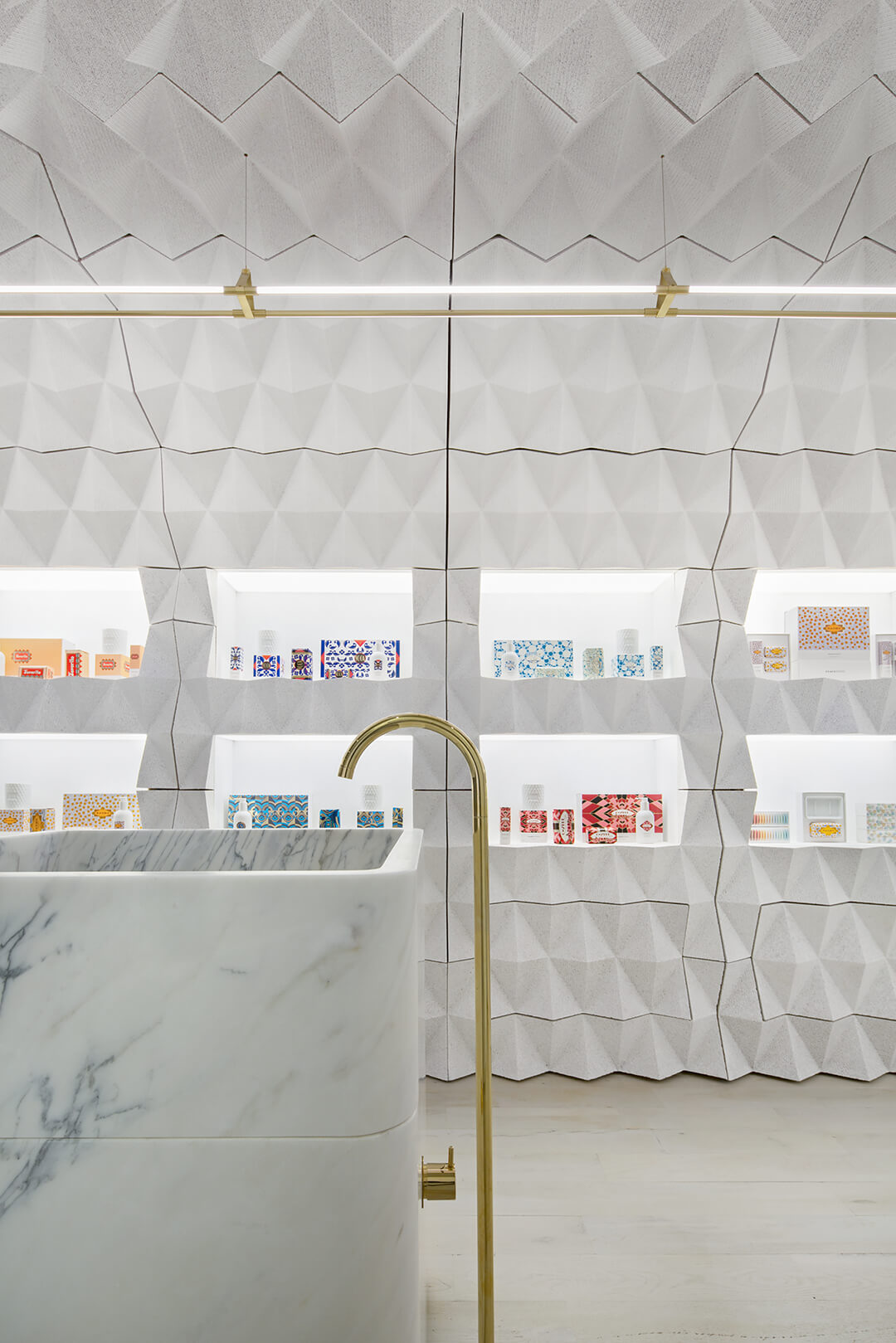 The first reference is the arched shape of the space, an instantly recognizable element from São Bento. In the centre of the shop lies a massive and theatrical washbasin, poetically carved out of the same block of Estremoz marble where its sister piece in Porto’s flagship store came from. From then on, the Tacklebox team used another one of the country’s most famed materials, cork, to create a set of 1,500 diamond tiles that reference the spiky façade of the Casa dos Bicos in Lisbon. In the shop, the updated three-dimensional tile pattern pulls double duty as product shelves, showcasing both the fan-favourite soaps and the newer fragrance lines.

The resulting effect, a marvel of craft, tech and raw material, resembles what the streets of Porto and Lisbon would look like if seen through an amped-up kaleidoscope.