Three generations in a single house? That’s nothing: How about three families?

To care for his ailing mother, Song moved from a penthouse in Shanghai to his old family home in the Fengxian district – the lift and the indoor circulation proved much too narrow for her wheelchair. But then, he thought: Why not provide his daughter and his son-in-law with the same opportunity for his parents, who also suffer from health issues? That’s when the idea hit: he would demolish the entire structure and in its place create a mobility-friendly single unit with five bedrooms in total, but varying levels of community and privacy for each section of the family. 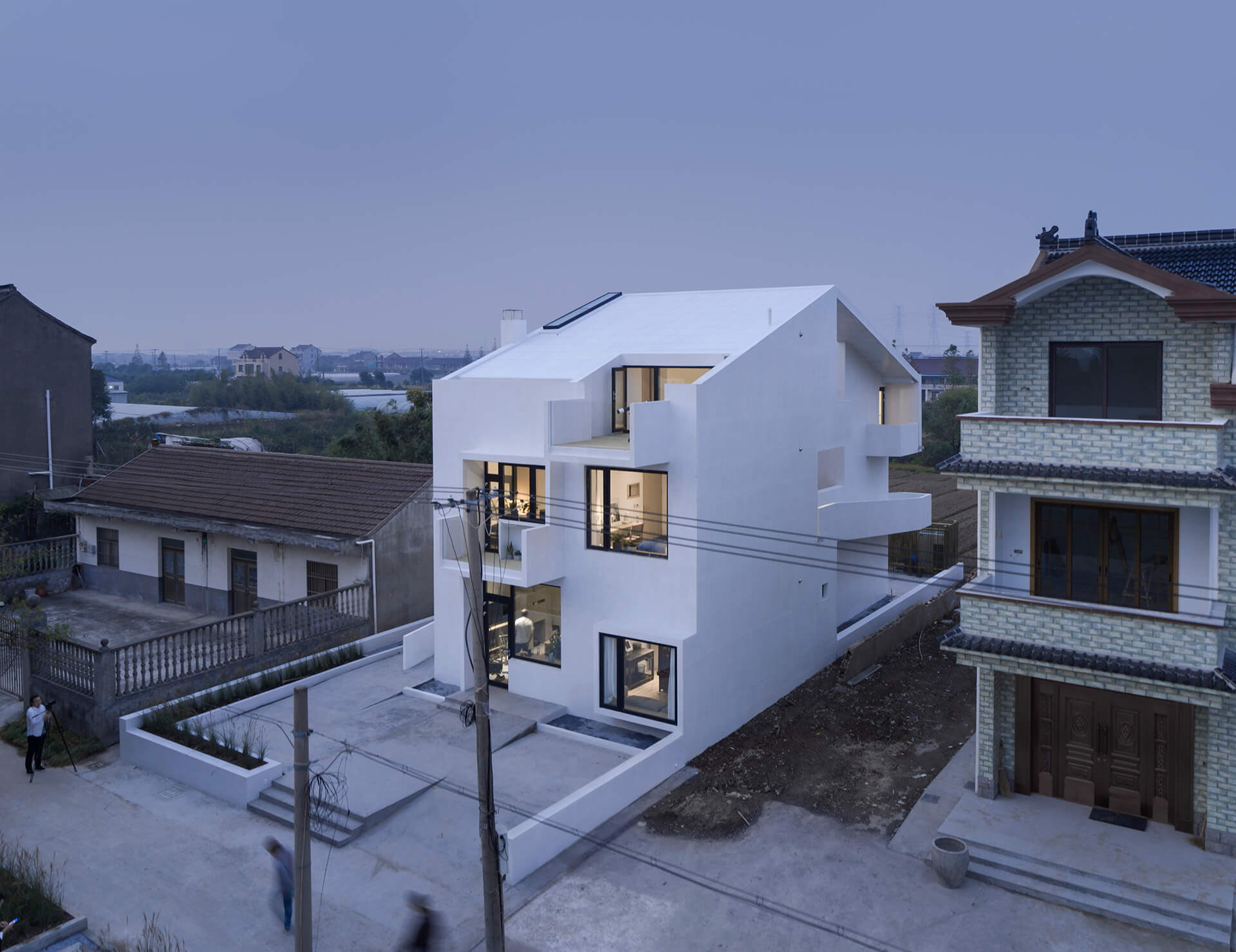 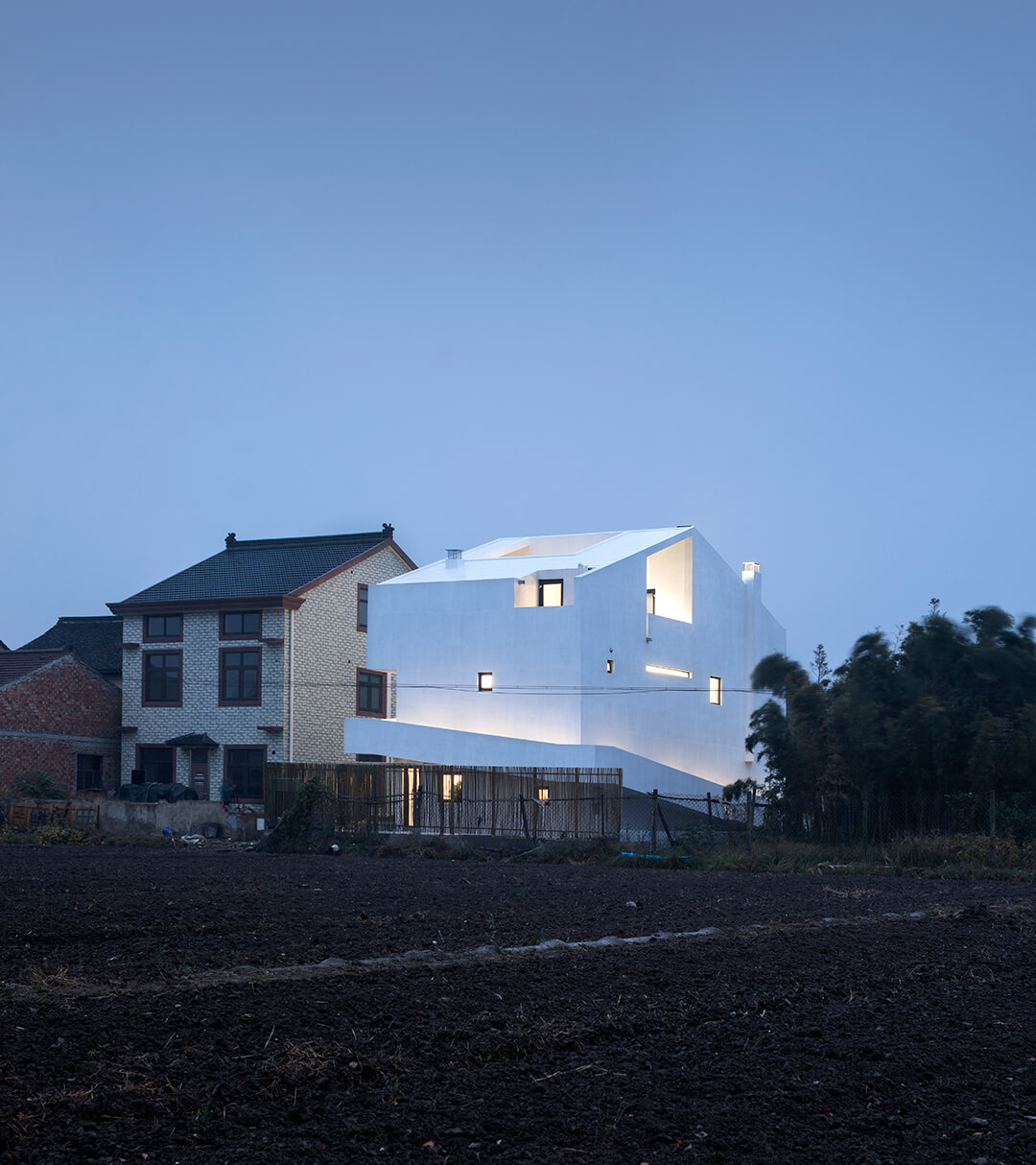 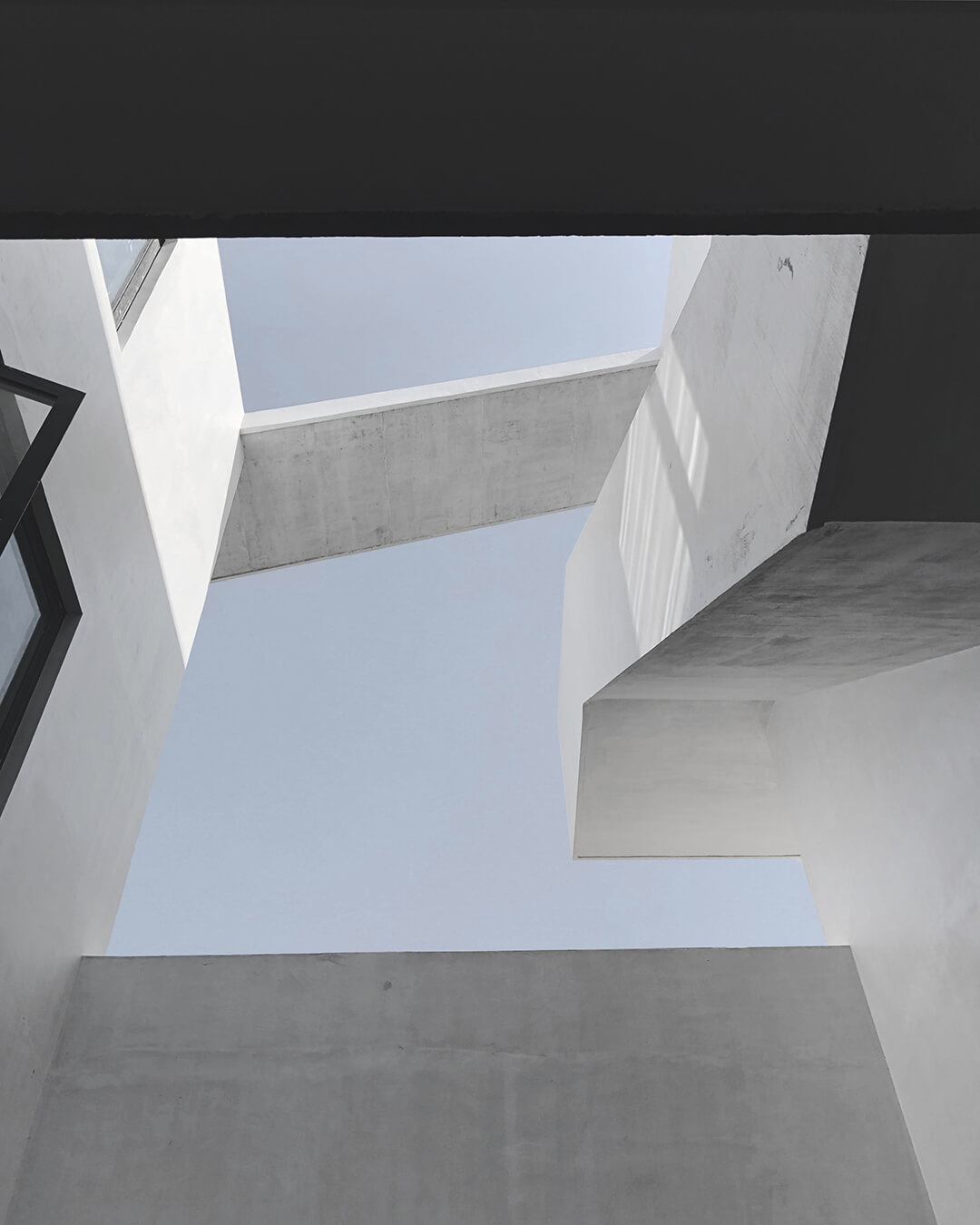 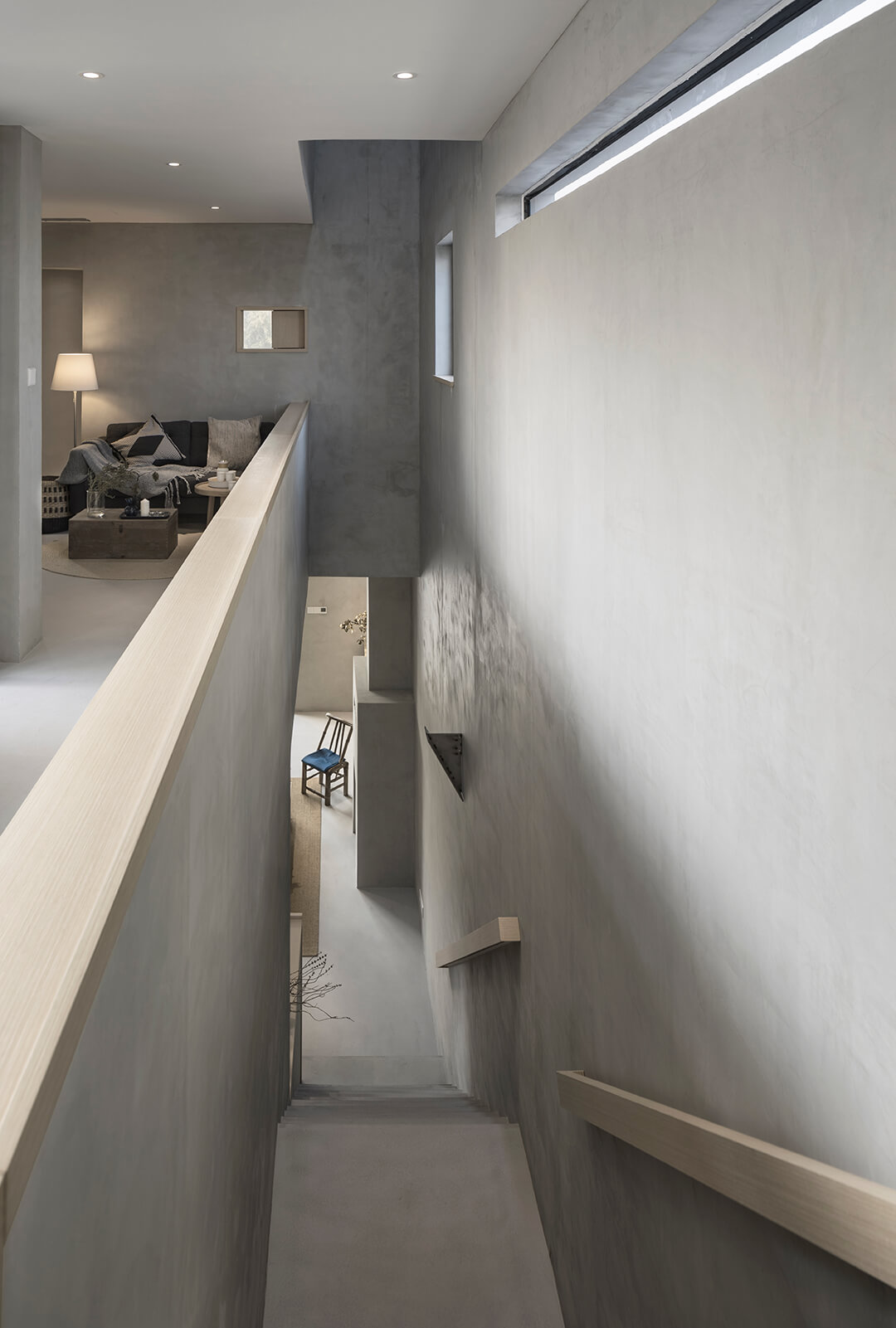 AZL Architects started by wrapping a wheelchair ramp around the new unit, making this element a rich and essential part of the visual package and allowing the elders to go outside for fresh air and become part of the social thread of the district. Inside, the staircases feature mirrors in every corner, the accessible bathrooms designed for seniors have showers that can fit two people – for bodily assistance – and the open kitchen has both a gas stove and an earthen stove – the latter easier to use by the older family members.

‘On the one hand, China is stepping into an aging society, but facilities for the elderly in large cities are often in shortage and unaffordable; on the other hand, a large number of old people are living with the lack of social interactions in the “hollowed-out” villages in the suburbs,’ explained AZL founder Zhang Lei. ‘It is a long journey to effectively utilize the idle resources to rebuild a healthy living community for the elderly, and to form a living unity, an emotional unity, and a production unity with a sense of belonging.’