ZÜRICH – A collaboration between 32 students awakens images of chaos, to put it mildly. Not so at ETH Zürich. When I ask architect and professor Tom Emerson about the creative process preceeding the Pavilion of Reflections for this year’s Manifesta 11, he assures me in a perfectly British accent that the process has been quite systematic. And as both his work and our conversation systematically evolve around a few cornerstones, I have no doubts.

Wood
It is not more important or less important than any other material: ‘Of course, materiality is always important. But for Manifesta we worked with wood primarily because it is the most democratic material. Everyone with very different training can learn how to use a saw, nails and a hammer within two hours. Every other material is very specialist. If you want to build with metal, you have to learn how to weld first. It’s not that easy.’ This was crucial  for the construction of the Pavilion of Reflections, which has been put together by students, volunteers and 150,000 screws. The wooden structures have been prefabricated, assembled in facilities on the other side of Lake Zürich and shipped across afterwards. 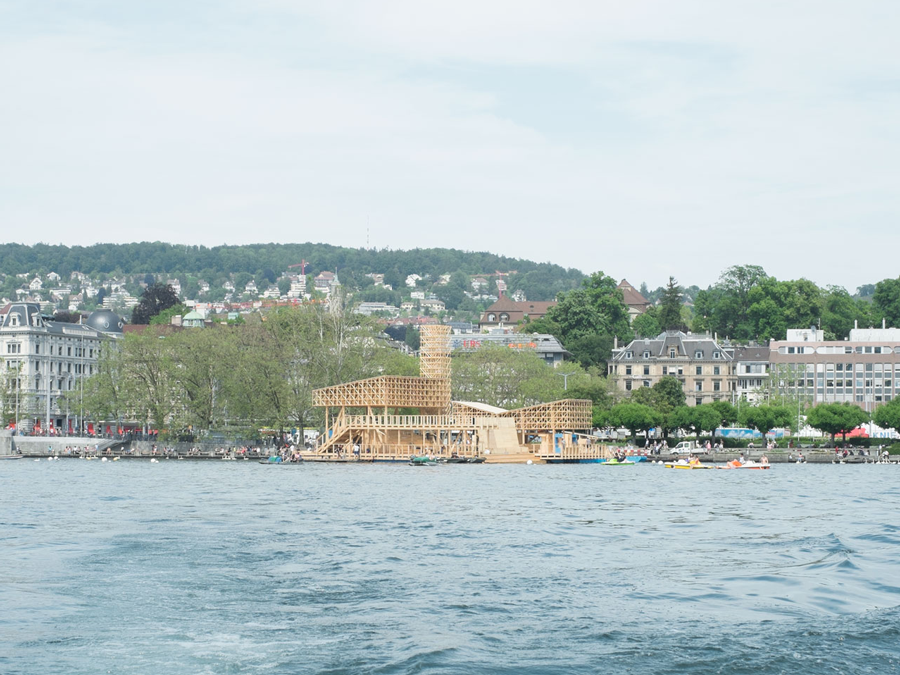 Bricolage
‘We started with a design competition among the students and we didn’t pick one winner but a few primary ideas. The final result is a bricolage of students’ ideas,’ explains Emerson. ‘It is really about trying to make the work from stuff around you and use the processes available, like Frank Gehry in the 60s and 70s in Santa Monica, Arte Povera and Richard Wentworth.’ As a way of working, this principle extends beyond just materiality. The idea of re-use sits at its core –  in Emerson’s case the re-use of everything: history, supplies, memory. It is a methodology with a nearly political dimension. 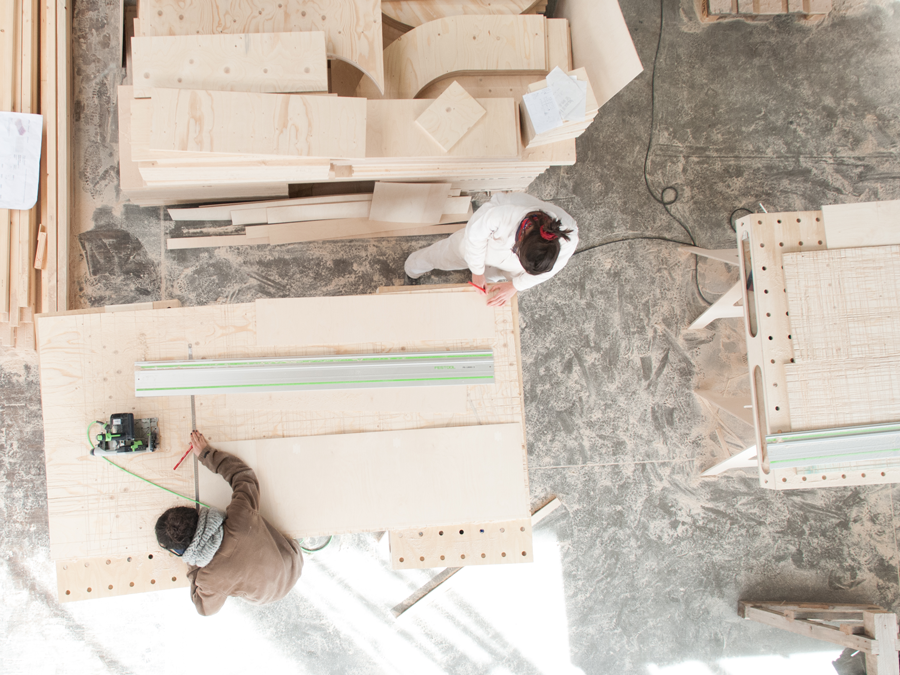 Labour
Emerson tries to bring the idea of labour into the conceptual field of the studio. In his teaching capacity at ETH, he has extensively led collaborative projects with his students. ‘Collaboration,’ he says, ‘is an extremely important tool because it fosters trust between participants and does not allow for isolation – everyone has to participate. Building is usually part of a two-week seminar, as a project methodology the point is to go from design through to construction with the same group of people. It really affects how people design afterwards – there is a conceptual realignment regarding the consequences of what you do. The students understand that the line that they draw is not actually a line, that line represents a 300-kg piece of material.’ 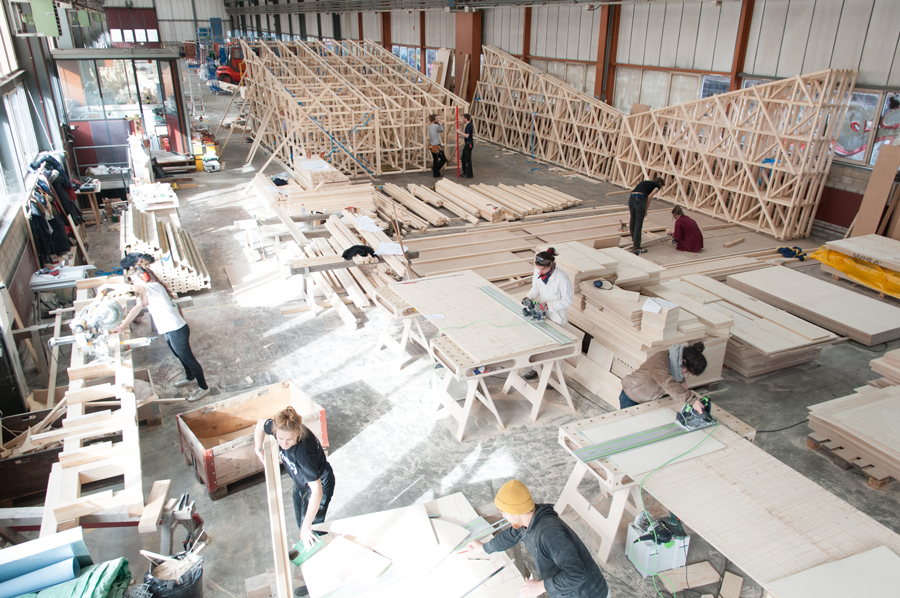 Nature
‘Either everything is nature or nothing is nature,’ is Emerson’s radical definition. ‘We can not divide the world between the natural and the artificial, that’s a very unrealistic and destructive way of looking at the world. We are biological beings – so is the air, the sky, the earth, water. Everything we do comes from that. We have to see everything as nature and try to do a better job with it.’

Observation
Since 2010, Emerson has been assigning his students to draw the possible future of a specific place by mapping out elements of its present and considering its past. The exercise is based on the belief that there is no total novelty, that there is always a context. ‘The bigger research we do is about the re-use of cities. The design starts with a survey, not with a proposal. If you look closely enough, it will reveal its own renewing. Every piece of land has been occupied or inhabited before. A new building is simply another way to re-use the land.’ 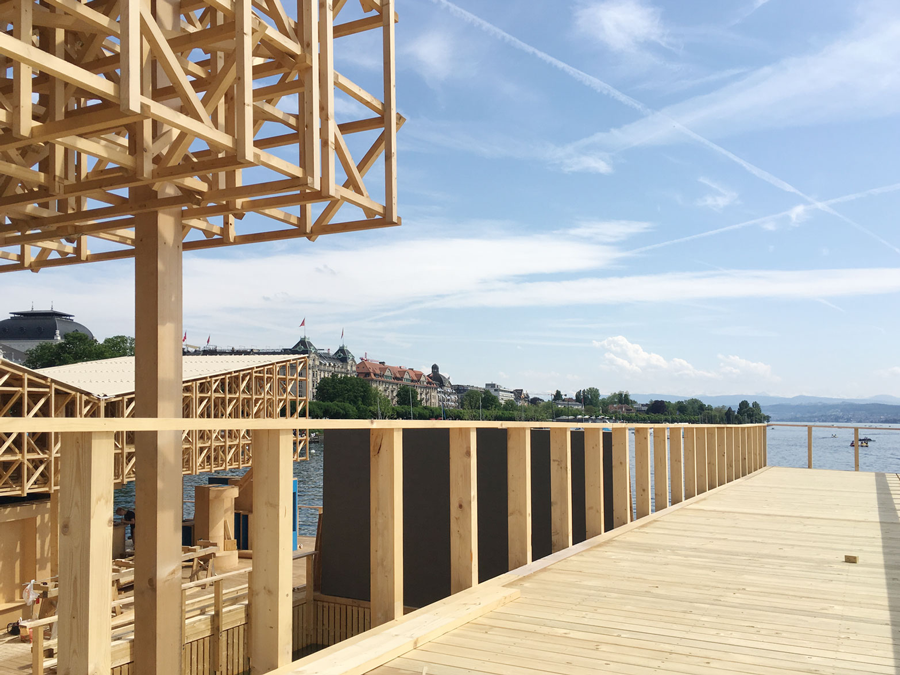 Constraints
For the universities construction seminars the materials are re-used as often as four times. ‘We use it a lot as possible, partly because it’s quite nice not to throw stuff away but it’s also partly because one of the things I’m really interested in is constraint. A design project that has very specific and very strict constraints is a way of being more imaginative and more original. The more fixed the rules, the harder you have to work. It’s not just ethical recycling, it’s a way of seeing the world as a finite resource. You need to use what’s available.’ In the case of Manifesta, the ETH has been lucky. Due to a beetle infestation in Swiss commercial forests large amounts of timber were available for a low price. 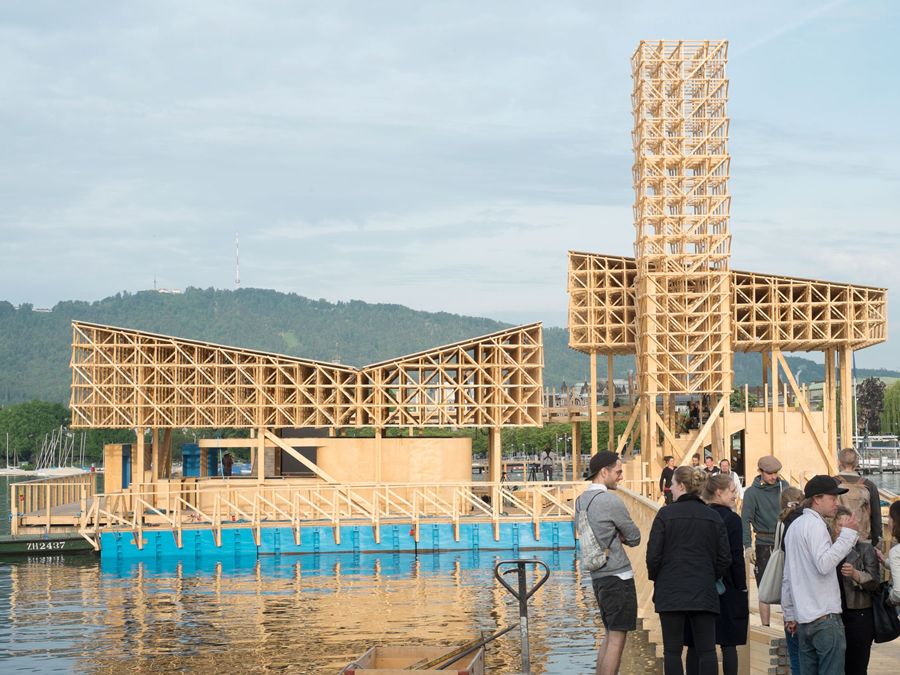 It seems like Emerson’s philosophy has gained some momentum with contemporary makers, especially in London (where Tom Emersons firm 6a Architects is based) : architecture collective and recent Turner prize winner Assemble Studios, product designer Max Lamb and inventive design firm &Sons are good examples for an increasing belief in process, collaboration and the self-built.

The Pavilion of Reflections is floating on Lake Zürich for the entire duration of the eleventh Manifesta, where it will serve as a central meeting point for visitors to contemplate the artworks and socialise. In Zuricher tradition, the structure compromises of a swimming pool and will be showing documentaries on its open-air cinema screen. Curated by Christian Jankowski, the nomadic art biennale could not possibly have a more fitting title than ‘What People Do For Money: Joint Ventures’. 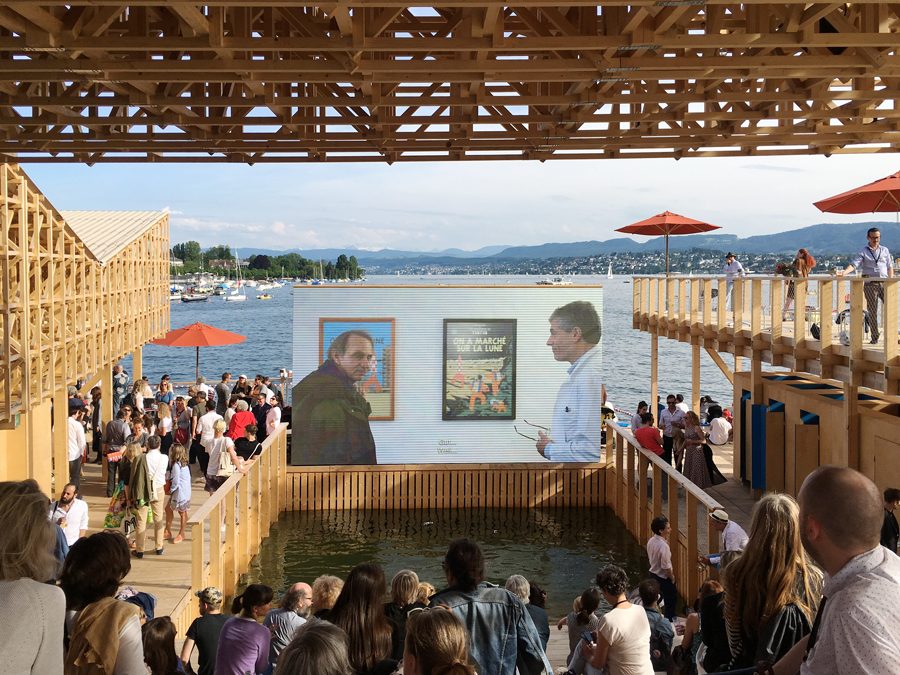 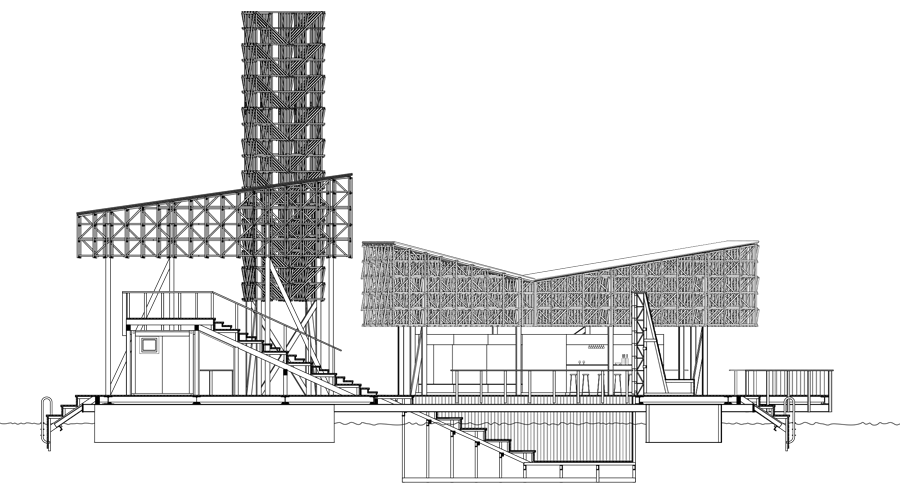