This is the fourth in an ongoing series in which we look at how spatial design is helping the travel industry create a more socially and environmentally conscious form of tourism.

Building on site in remote or untouched locations should not always be dismissed as a purely destructive act, especially where there is an opportunity to take advantage of local materials and craft traditions. Kisawa Sanctuary, a luxury resort due to open this year on Benguerra Island, just off the East Coast of Mozambique, has literally appeared out of the ground. The development mixes new technology with more ancient forms of manufacturing. The bungalows that make up the resort contain components that have been 3D-printed using a sand-and-seawater mortar drawn from the surrounding beaches, before being fitted with Mozambican weaving, thatching, carpentry and textiles. ‘We’ve used design as a tool, not as a style, to ensure Kisawa is integrated, culturally and environmentally to Mozambique,’ developer and entrepreneur Nina Flohr tells GQ. 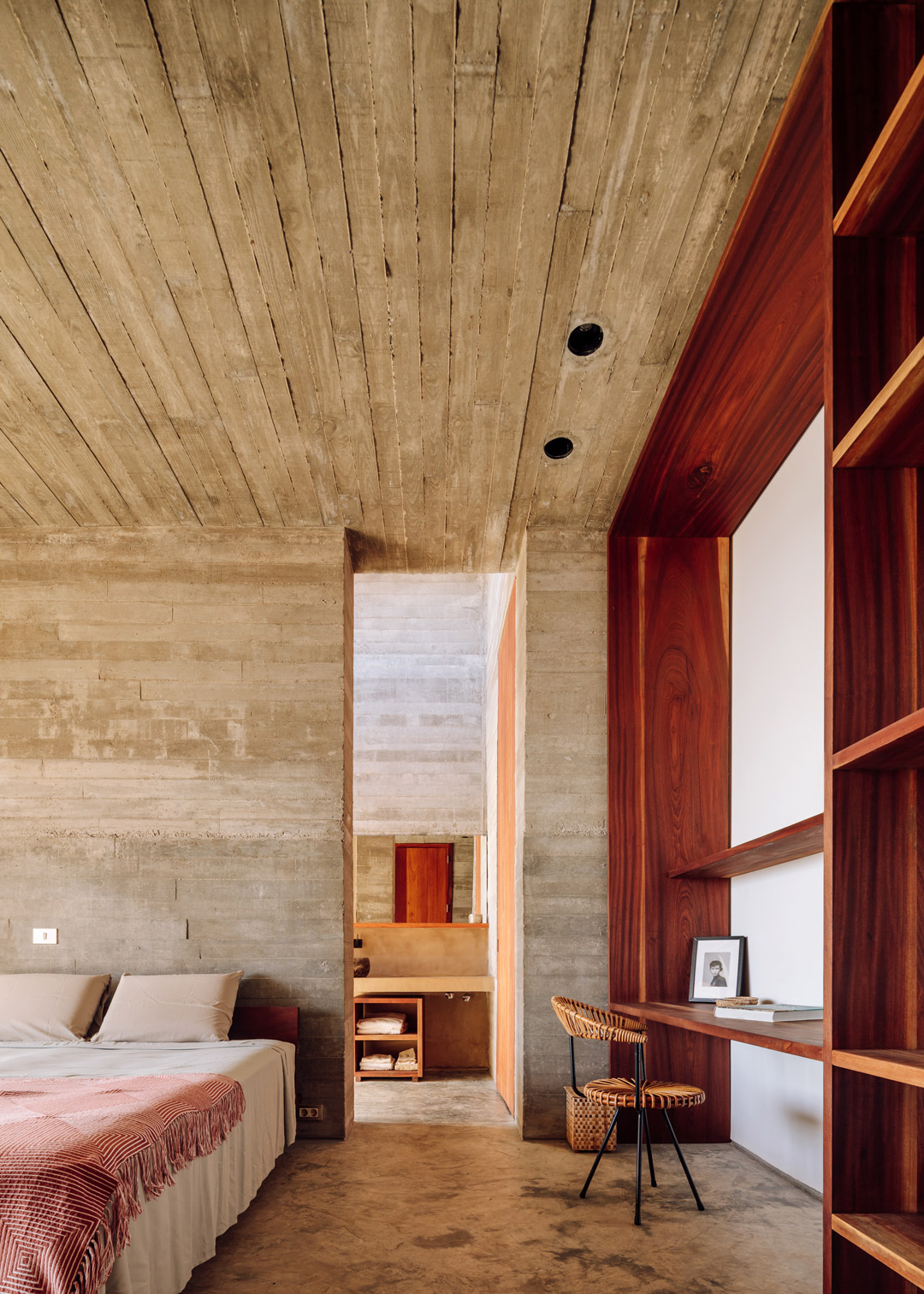 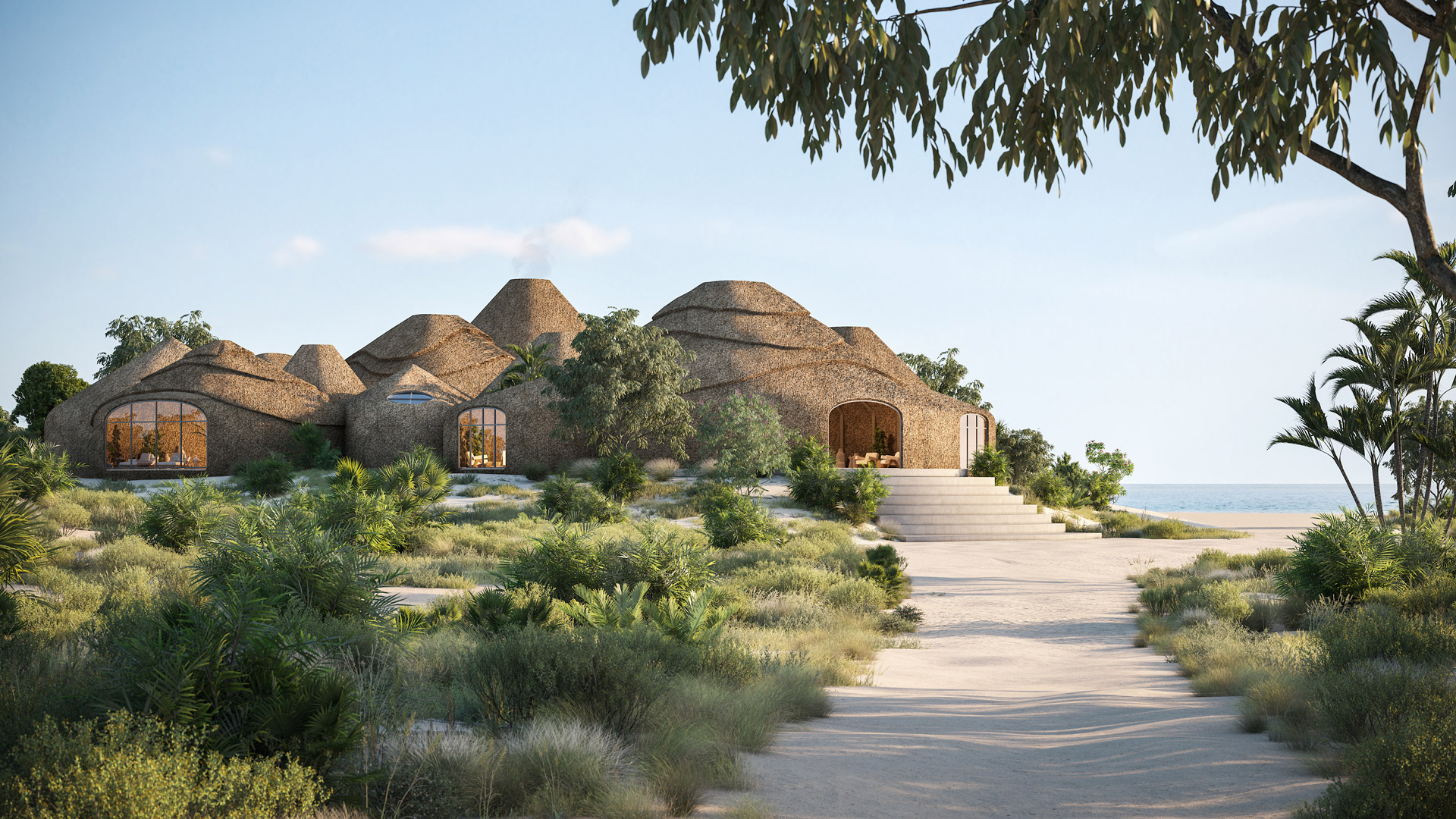 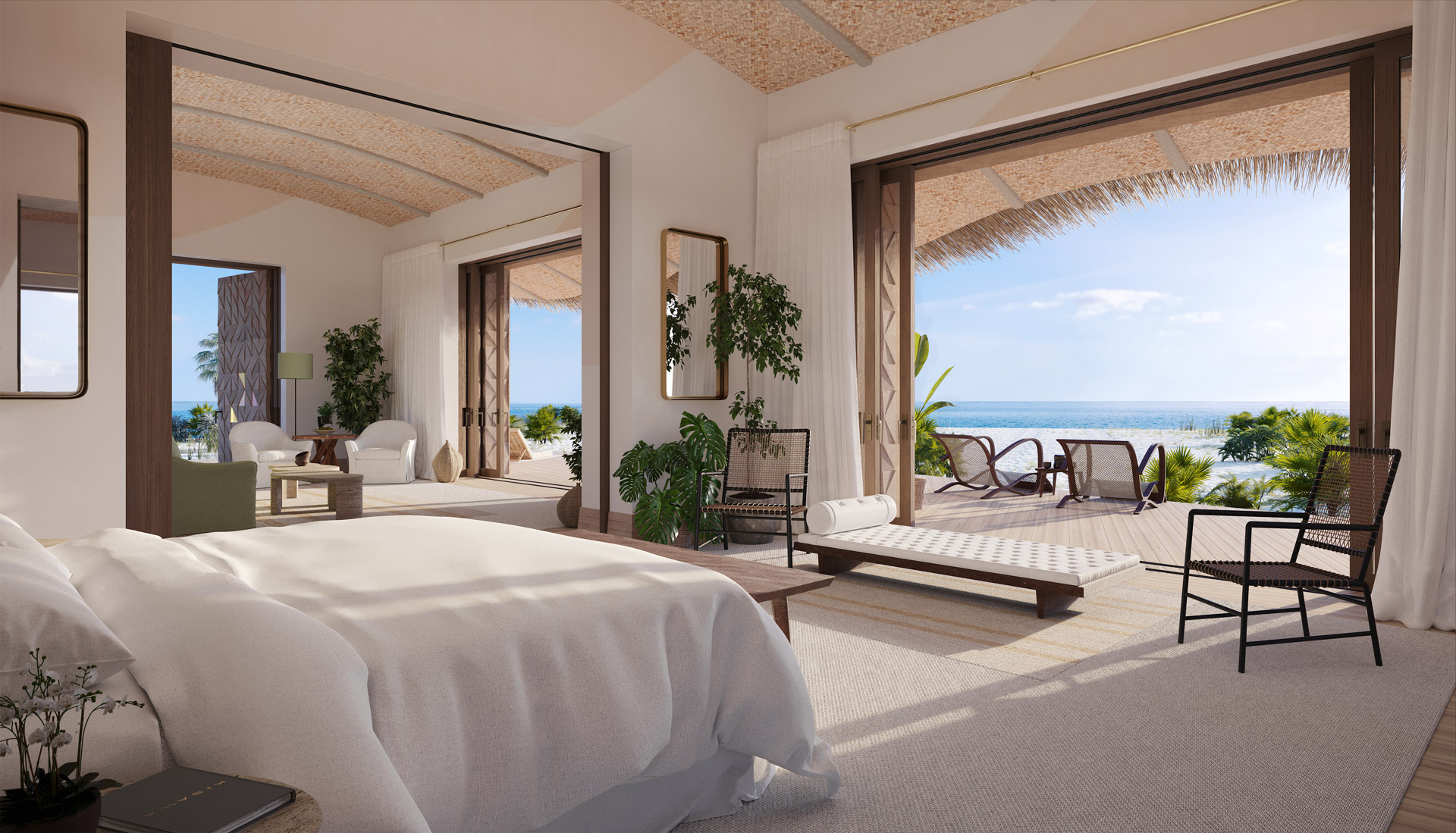 Header and top: The 12 contemporary villas for Barefoot Luxury are outfitted with locally made furniture and decorative items purchased from local markets. Photos: Francisco Noguiera | Bottom: The bungalows that comprise Mozambique’s luxury resort Kisawa Sanctuary will include 3D-printed components made using a sand-and-seawater mortar drawn from the surrounding beaches. Renders: The Boundary

A similar symbiosis of old and new was employed in the creation of a series of holiday villas by Belgian practice Polo Architects on the rugged, windswept terrain of São Vicente, in Cape Verde. The beautiful rocky landscape is thus far little visited by tourists, who could be vital to reenergizing the local economy and its community of artisans.

‘The last thing we wanted to construct here was this alienating type of luxury holiday enclave in a relatively poor country,’ says Polo Architects founder Patrick Lootens. As such, the 12 contemporary villas for Barefoot Luxury are outfitted internally with locally made furniture and decorative items purchased from the markets of the local town, Mindelo. Crucially, each is clad in block work made from local stone that matches the colour and patterns of the surrounding cliffs. The result is a trompe l’oeil effect that sees their angular forms completely absorbed into the landscape.

This series was originally featured in our May/June 2020 issue, Frame 134. Get your copy here.