‘The transformation of our experience of colour into a participative event that is dependent on changing light,’ – that is the singular objective of 94-year-old artist Carlos Cruz-Diez, as he reveals in the latest issue of Frame magazine. The inspiration, thought and technology behind Cruz-Diez’s Chromosaturation installations are explored in Frame 122, available now in the Frame store. 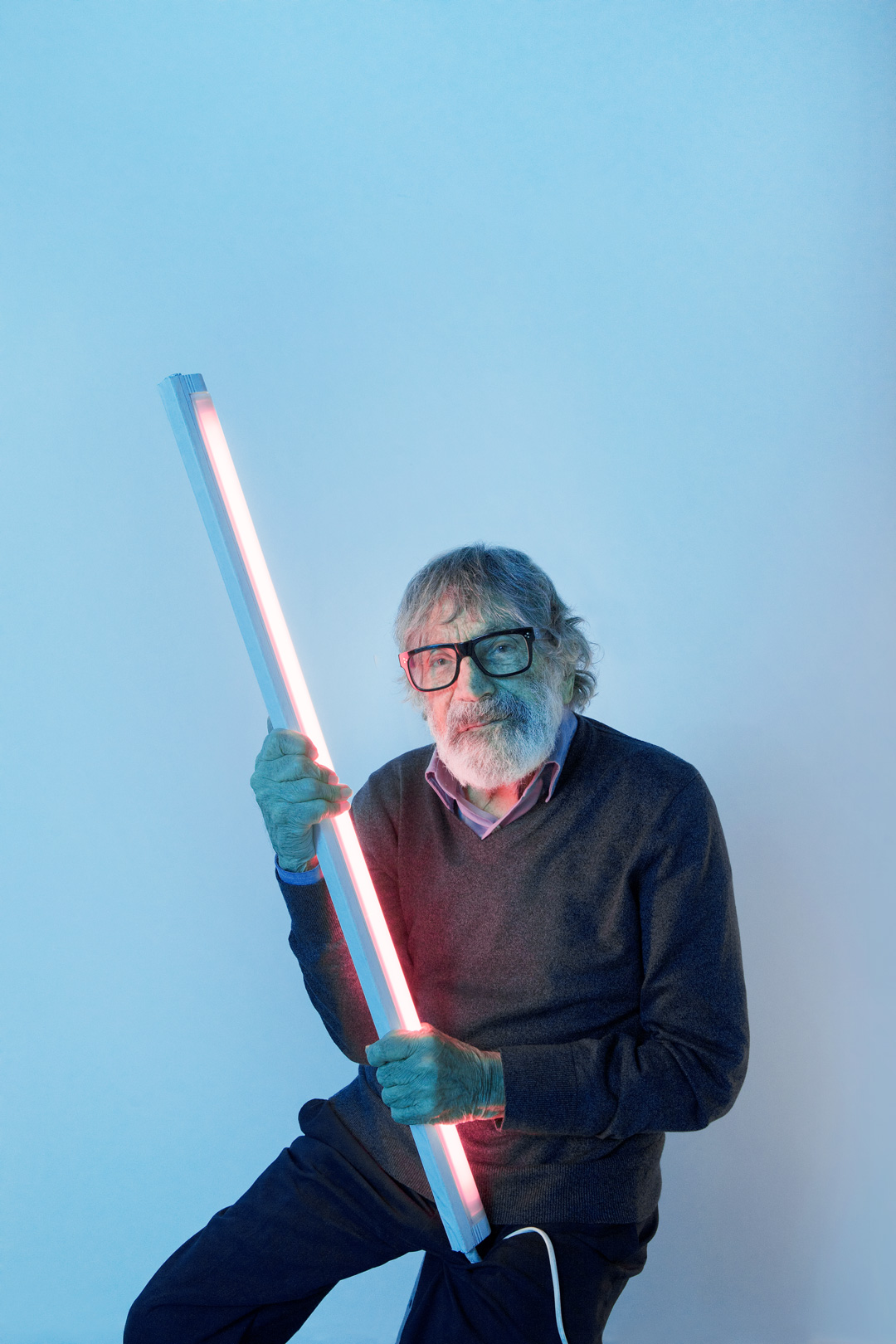 Born in Venezuela and now living in Paris, 94-year-old Carlos Cruz-Diez says that his most difficult time as an artist is over – that is, his first 75 years, to quote Marcel Duchamp. Photo Valentin Fougeray for Frame magazine 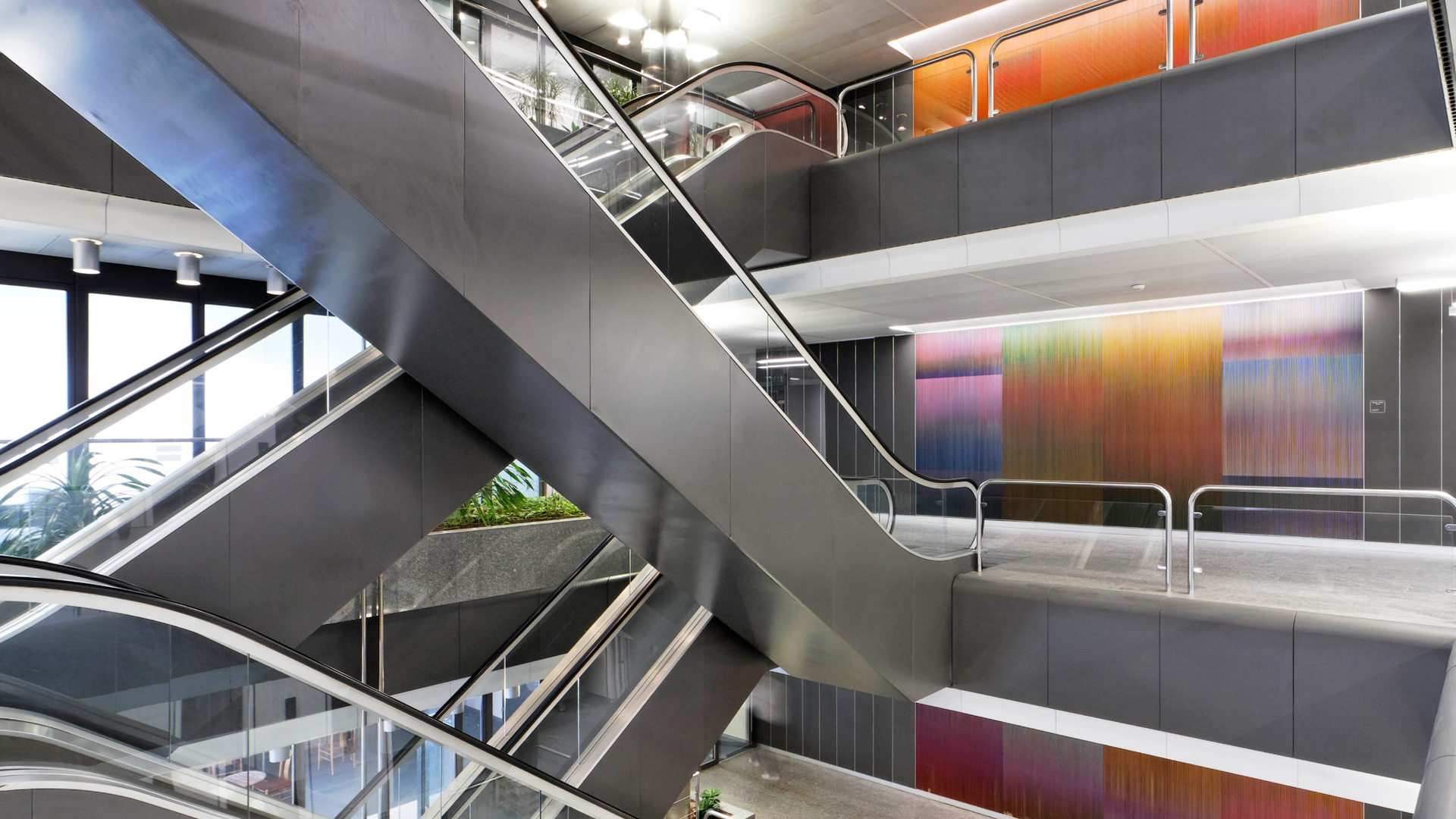 From 14 to 17 June, the UBS Lounge will host an exhibition of various works by Cruz-Diez in celebration of UBS’s 25 years as lead partner with Art Basel. The exhibition includes 1970s architectural interventions by Cruz-Diez at the former Union Bank of Switzerland building. Integrated kinetic elements in the installations captivated people in the halls, corridors and common areas of the building with constantly shifting colourscape.

In contrast to the framed oil paintings that are most people’s archetype of art, Cruz-Diez says people used to encounter his work as an empty room. ‘They thought there was nothing to see,’ he says. Today, however – 134 Chromosaturations later – ‘people understand that something is happening: a discourse that reveals a space materialized by colour. They realize that it’s a participative event rather than something more contemplative, like a painting.’ 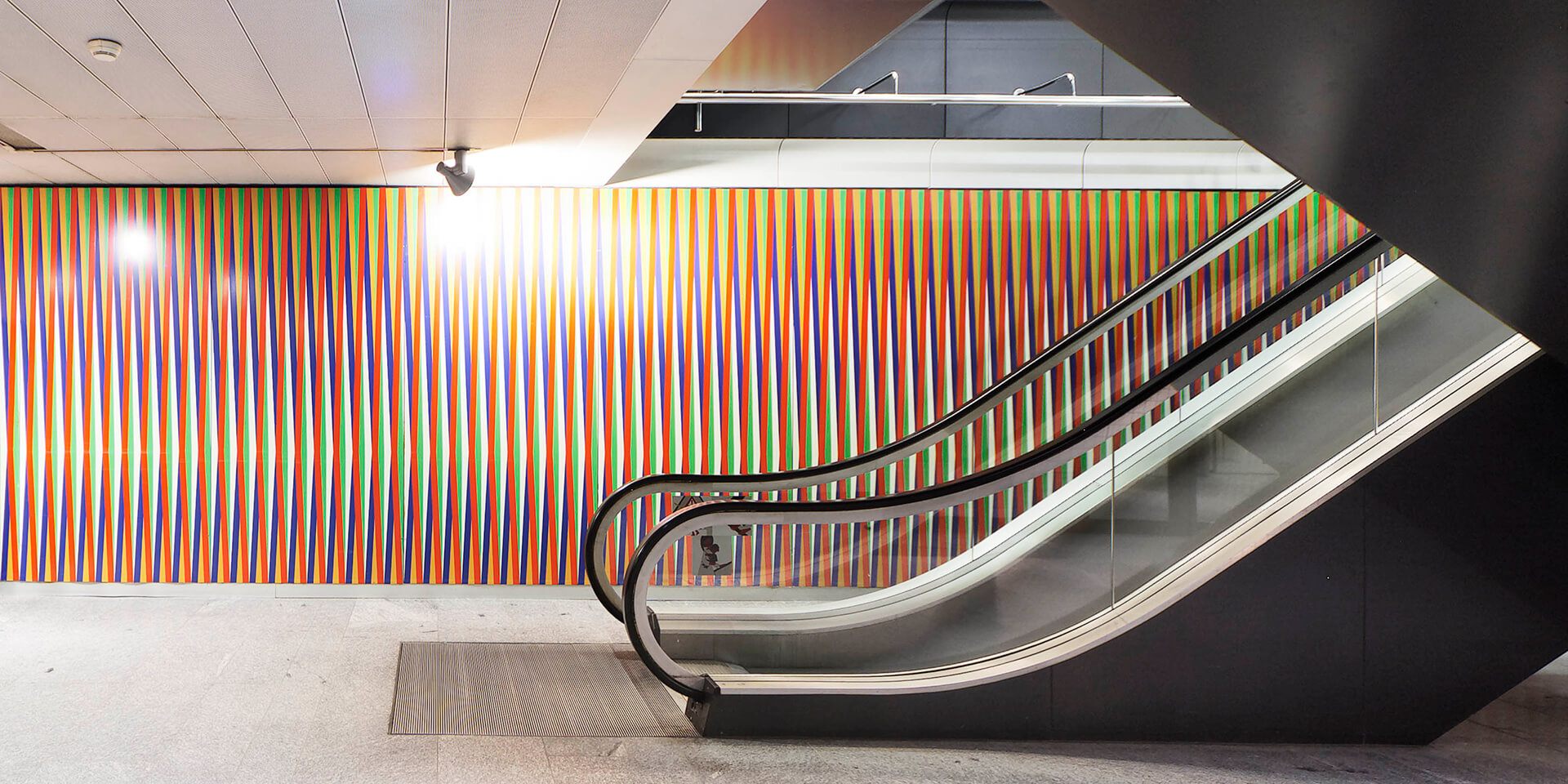 The Couleur Additive mural as part of Environnement Chromatique [1975-1979] by Carlos Cruz-Diez for the UBS headquarters in Zurich. Photo Oliver Loch © Adagp, Paris 2018

The works presented will be exhibited together for the first time since 2011 – some have never been displayed to the public, while others have stood in UBS offices in London, Hong Kong and Panama.

Access to the UBS Lounge is invitation-only and by appointment.