At the beginning of the 20th century, civil architect Walter Burley Griffin was tasked with designing the masterplan of Australia’s new capital. Heavily influenced by naturalism in urban landscapes, Griffin believed that a design process must be malleable to allow for the inevitability of modernization. This perspective came to influence Universal Design Studio in the redesign of one of the city’s historic Modernist buildings – the Canberra Centre. 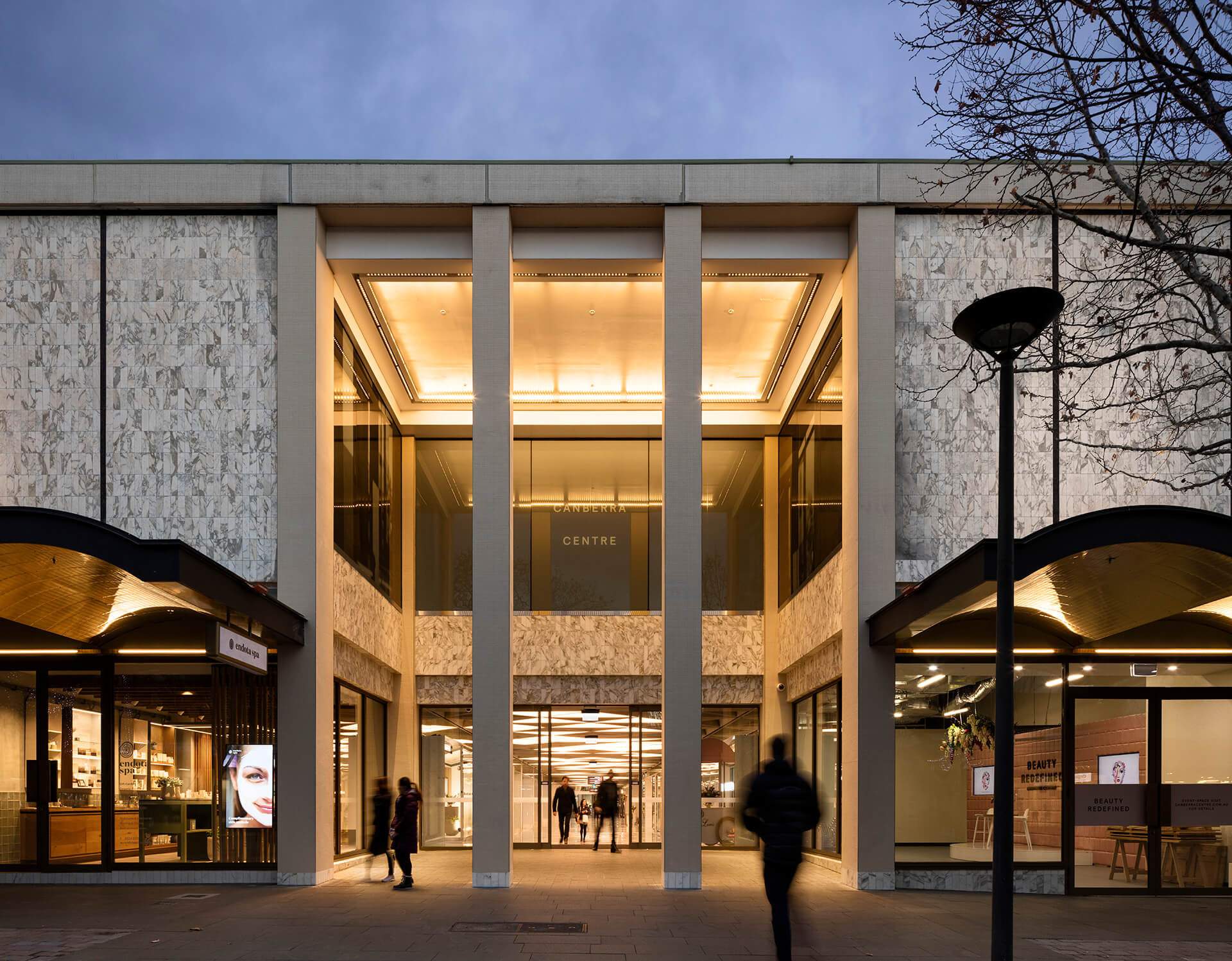 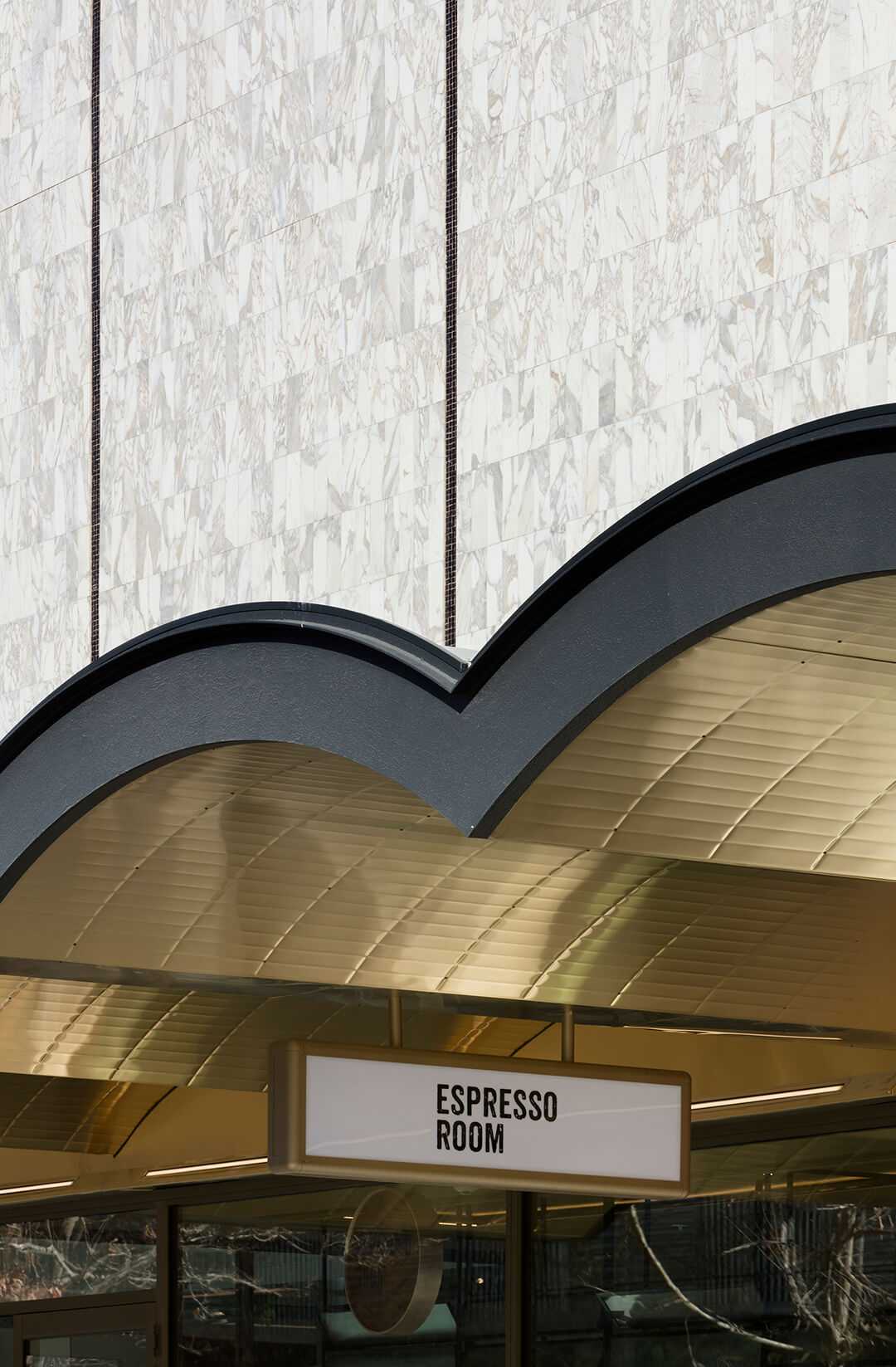 Griffin’s thoughts on a city’s elastic future are especially poignant in the given context. As the digitalization of the retail experience threatens the cultural value and significance of spaces like malls, it is necessary for such spaces to empower social engagement. Accordingly, the London-based studio completely revitalizes the former building while respectfully borrowing from its modernist past and incorporating visual reminders of the city’s relationship with naturalism. 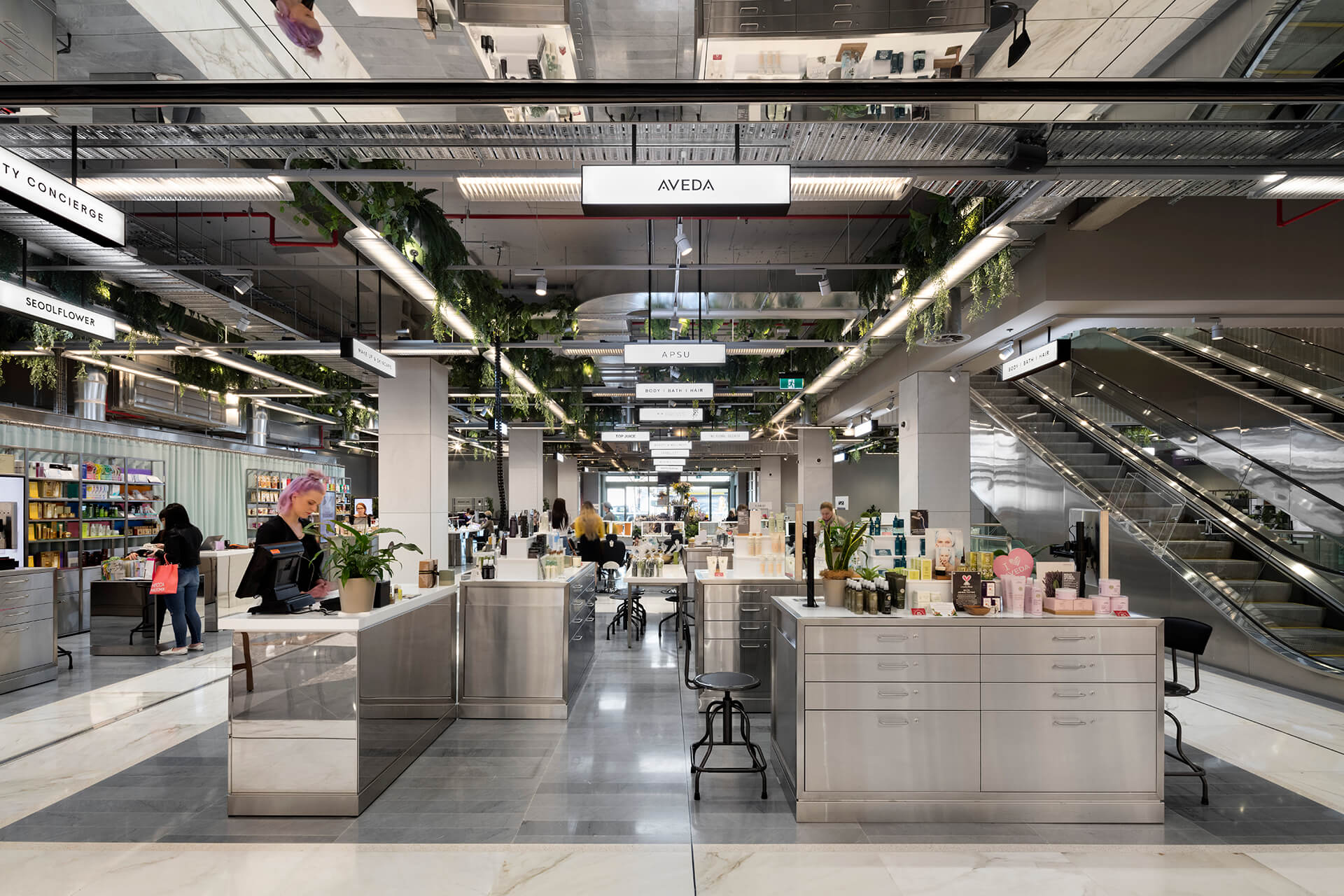 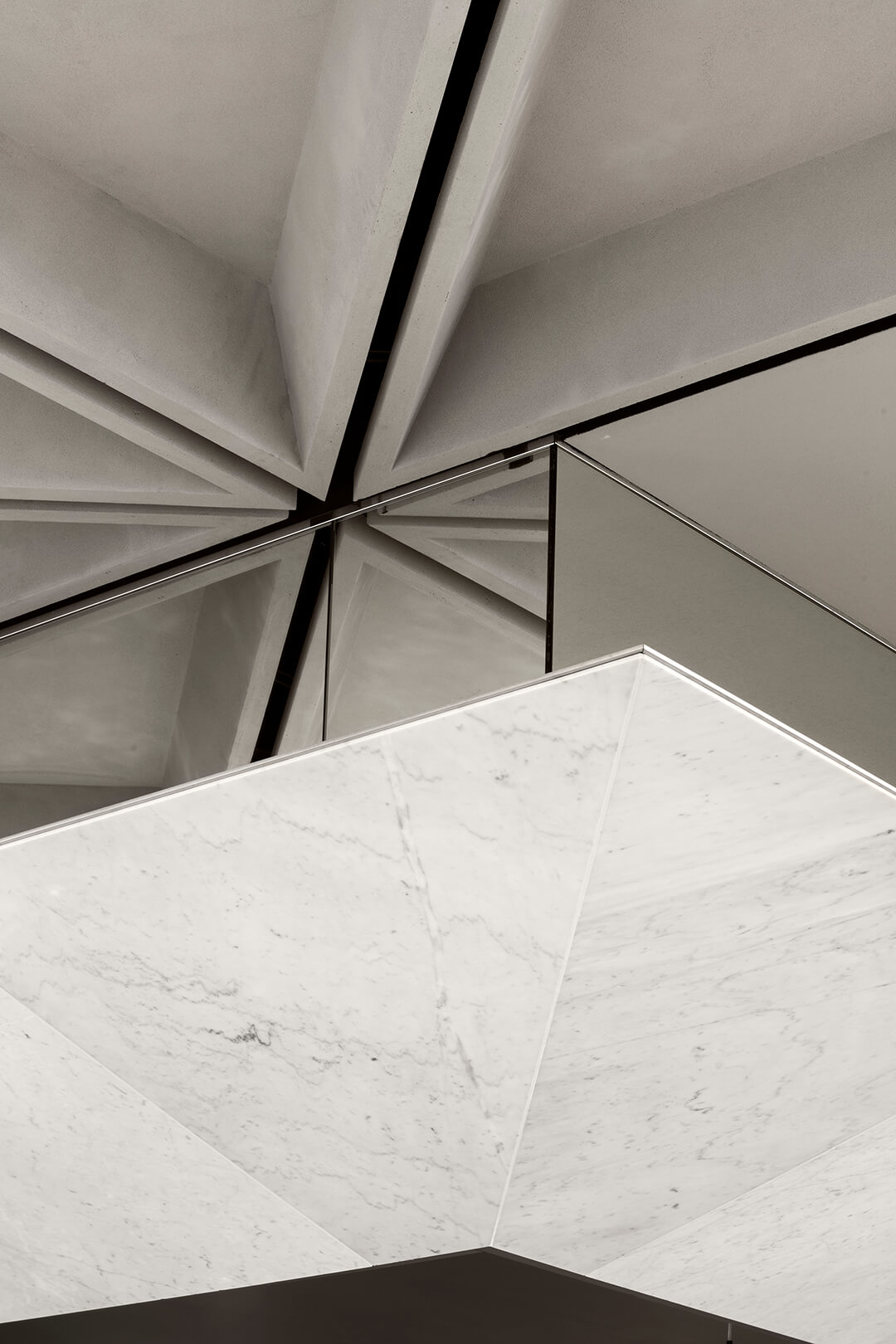 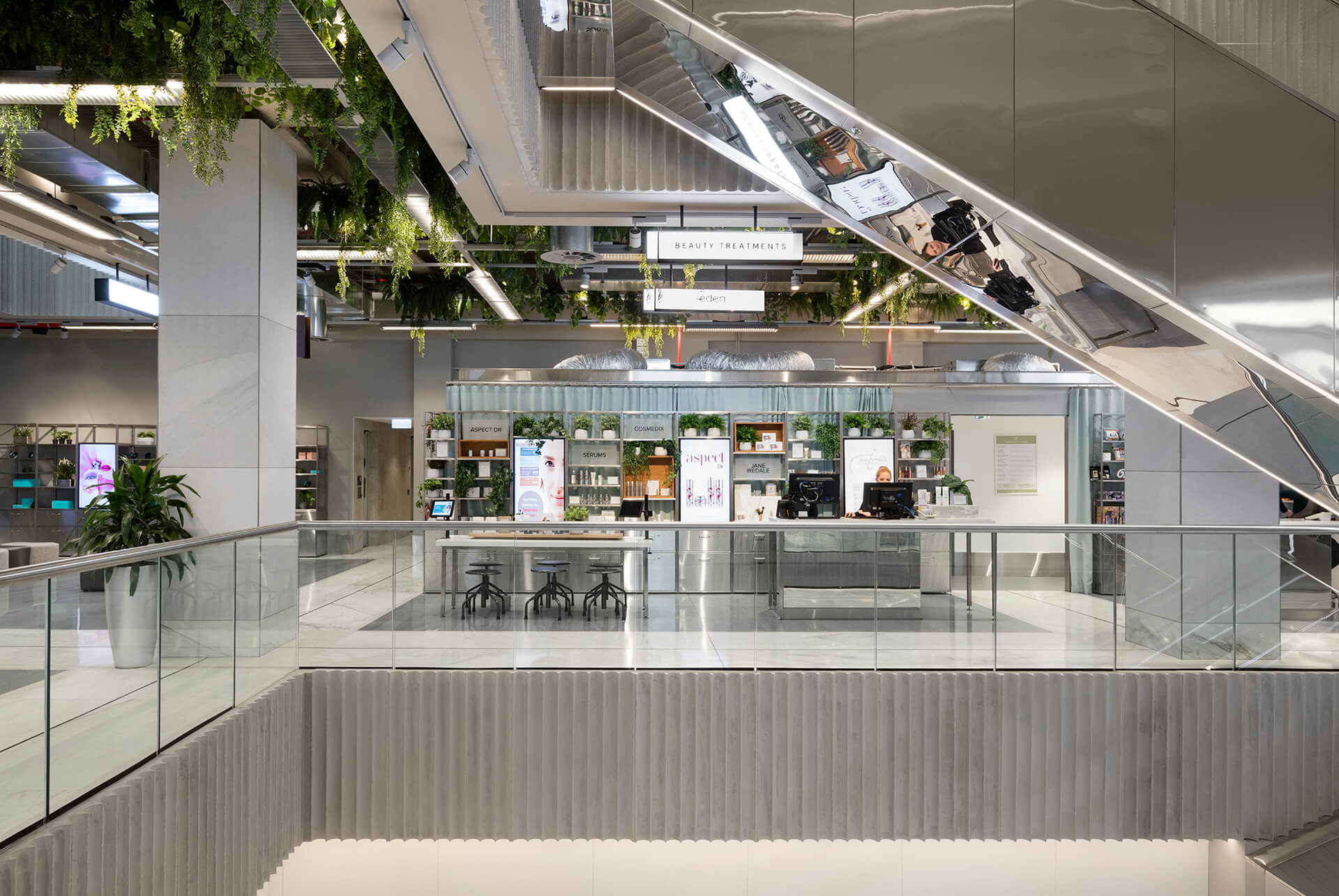 This transformative gesture can be seen in the beauty and wellness department. Greenery trails down from the rafters to meet with high-shine stainless steel, signifying the meeting of contemporary elements with interior landscaping. A cohesive expression of the Canberra Centre, the department invites visitors to engage in experiences that shift the intention from strictly retail transactions to providing meaningful encounters and improving wellbeing. The new Canberra Centre is a celebration of architecture’s ability to make an impact on history – a literal landmark – while looking to the future.